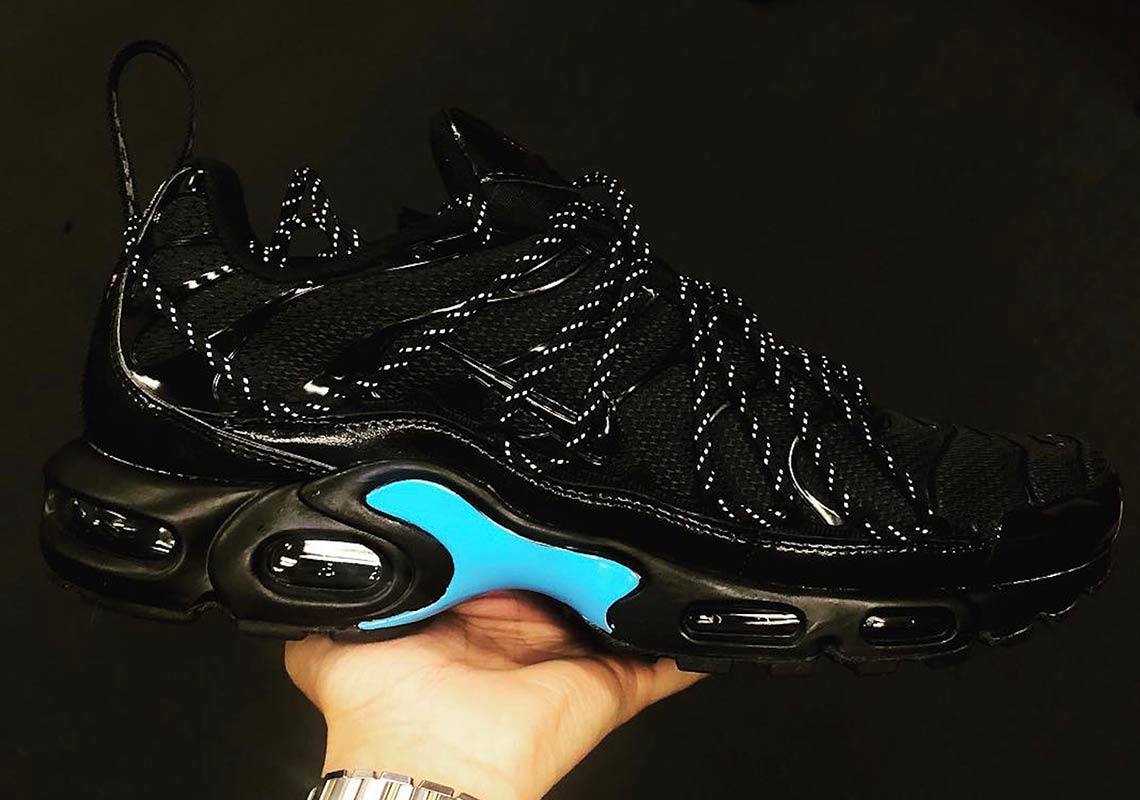 Drake Reveals A Custom Nike Air Max Plus For Stage Use

Drake‘s “Aubrey And The Three Migos” tour is in full swing, complete with over-the-top embellishments like a floating Ferrari. The tour is quintessential Drizzy: big, bold, and impossible to ignore, the talk of the summer circuit. Of course it wouldn’t really be a special tour without some special footwear for The Boy, and after his adidas deal fell through due to his simmering animosity with Kanye West, that footwear comes courtesy of Nike. The Swoosh has welcomed the star back with open arms, continuing their run of providing Drake with tour footwear that started in 2014 with special Air Jordan 3s for the “Drake Vs. Lil Wayne” tour.

Drake recently took to his Instagram to show off a special “for stage use” Air Max Plus—a fitting silhouette as he’s long been adamant about his admiration for UK grime culture, something that the Plus has always been a staple of—complete with a brand-new rope style lacing system. The special shoe leaves the Plus’s upper and midsole intact, opting for a tonal black color palate with the only color arriving via a bright hit of aqua on the midfoot plate.

However, the custom embellishments are what makes the shoe stand out: an interesting lacing system covers a large portion of the upper, starting back at the heel before creeping almost all the way up to the toebox, with the eyelets arriving directly above the midsole for an interesting webbed aesthetic. The laces feature flecked reflective detailing—so Drake can shine extra bright on stage—and the shoe also boasts a large heel tab, a design quirk that doesn’t appear on a regular Air Max Plus. As this special pair is likely one-off for the Canadian artist, don’t expect a retail release any time soon—but be sure to keep it locked to our Sneaker Release Dates page for all the info you need on upcoming Air Max drops.