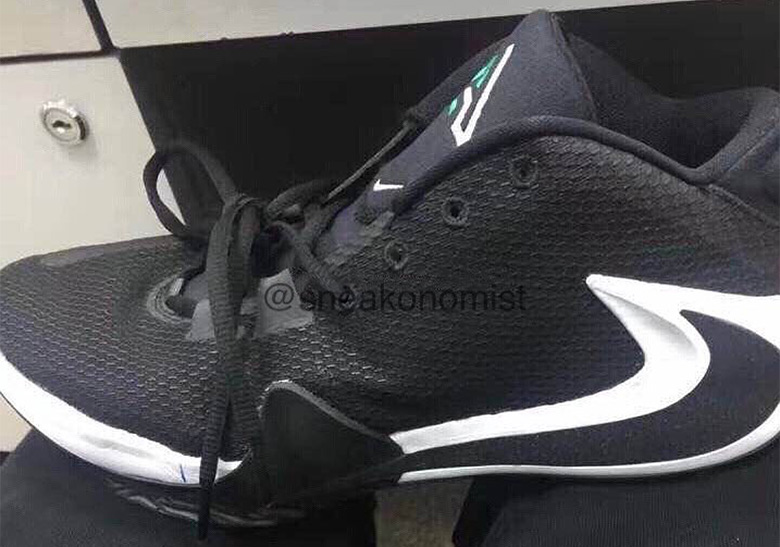 Milwaukee Bucks superstar Giannis Antetokounmpo is confirmed to be the next Nike Basketball signature shoe athlete, and we might have a first look at the Greek Freak’s first shoe with the Swoosh. Called the Nike Greek Freak 1, this new model features an emphatic heel design that acts as a platform for an oversized reverse Swoosh logo. A new signature logo that primarily features the letter A appears on the tongue, giving us a first peek at Giannis’ new emblem with the Swoosh. Furthermore, the Greek Freak 1 does not utilized Flyknit or any intensely innovative tooling, so expect the price-point to be less than Kyrie Irving’s $120 Nike Kyrie 4. However, this early leak may not be the final representation of the shoe.

It was confirmed in earlier reports that the Giannis’ Nike shoes would release during the 2018-2019 NBA season, so stay tuned for an official announcement from the brand as the new campaign approaches.