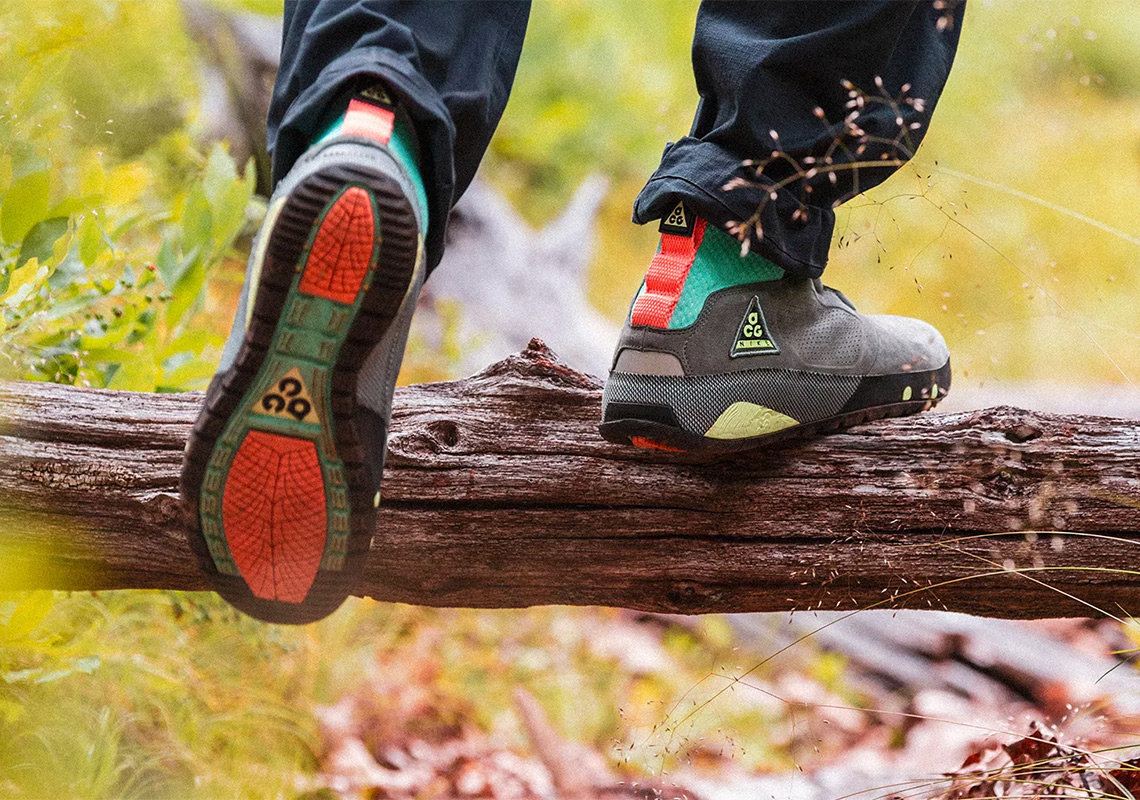 Nike’s ACG line returned to its roots earlier this summer, trading in the futuristic look that ACRONYM head Errolson Hugh had brought over the past few years for its original colorful sportswear aesthetic from the 90s. Although opinions were divided at first as many sneakerheads loved Hugh’s highly technical takes on both ACG garments and shoes like the Air Force 1 and Vapormax Moc 2, the current love for 90s-style gear showed its potency as the retro clothes and shoes were snapped up by sneakerheads old and young alike.

Now with fall approaching, Nike is turning back to ACG’s past again—and they’re starting with a colorful take on the hybrid Ruckle Ridge boot. Featuring a design that’s rugged enough for a grueling hike but light and fashion-forwards enough for a day in the city, the boot’s main features arrive via the mesh ankle collar and cinch lacing system. A dark grey nubuck is used as the base color, and bright blue, orange, and volt accents on the collar, lacing system, heel, and midsole provide detailing. ACG triangle badge logos appear on the lateral heel and pull tabs, and the shoe is completed with a rugged and grippy tri-color outsole. If you’re in need of a new pair of boots this fall, you can expect this striking Ruckle Ridge to release August 25th on Nike SNKRS for $180 USD. 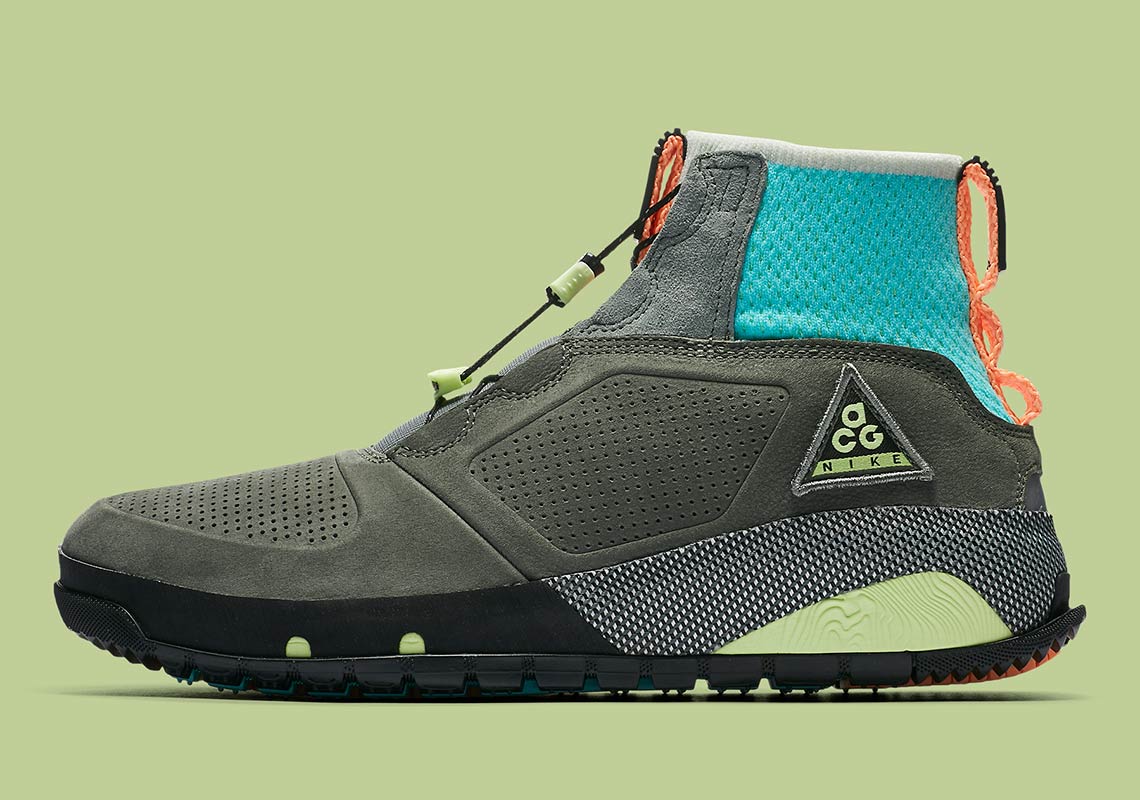 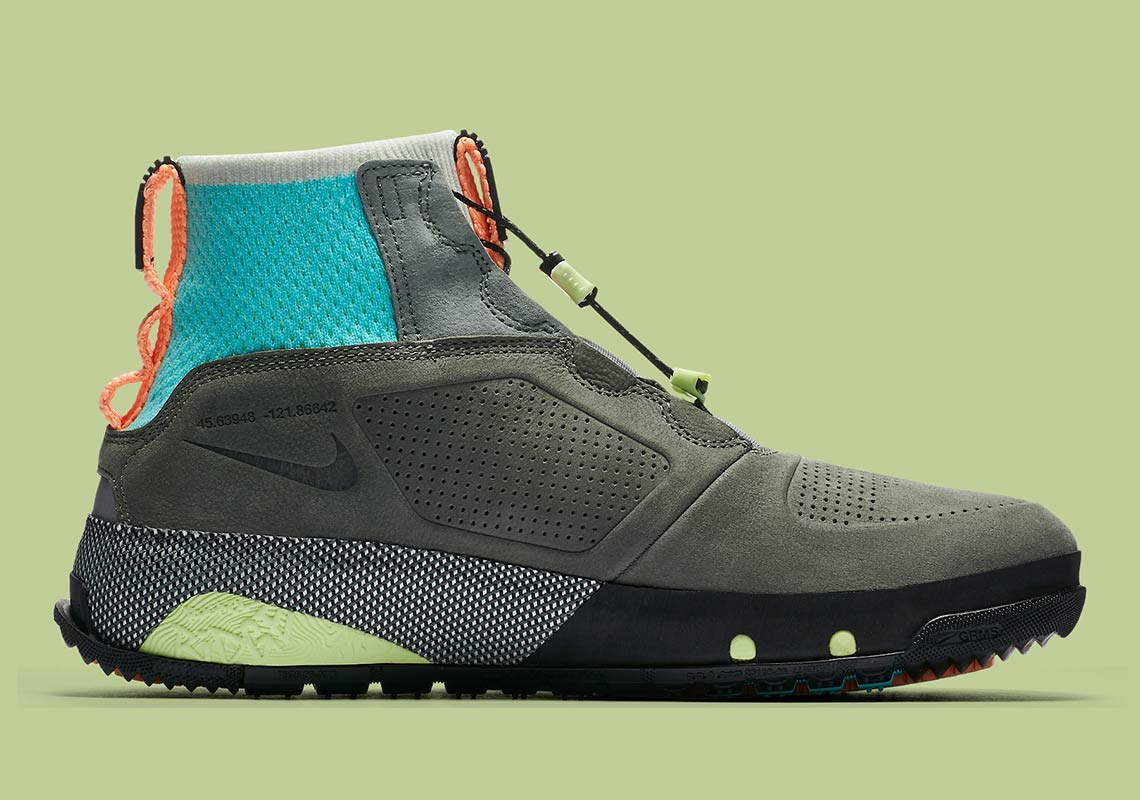 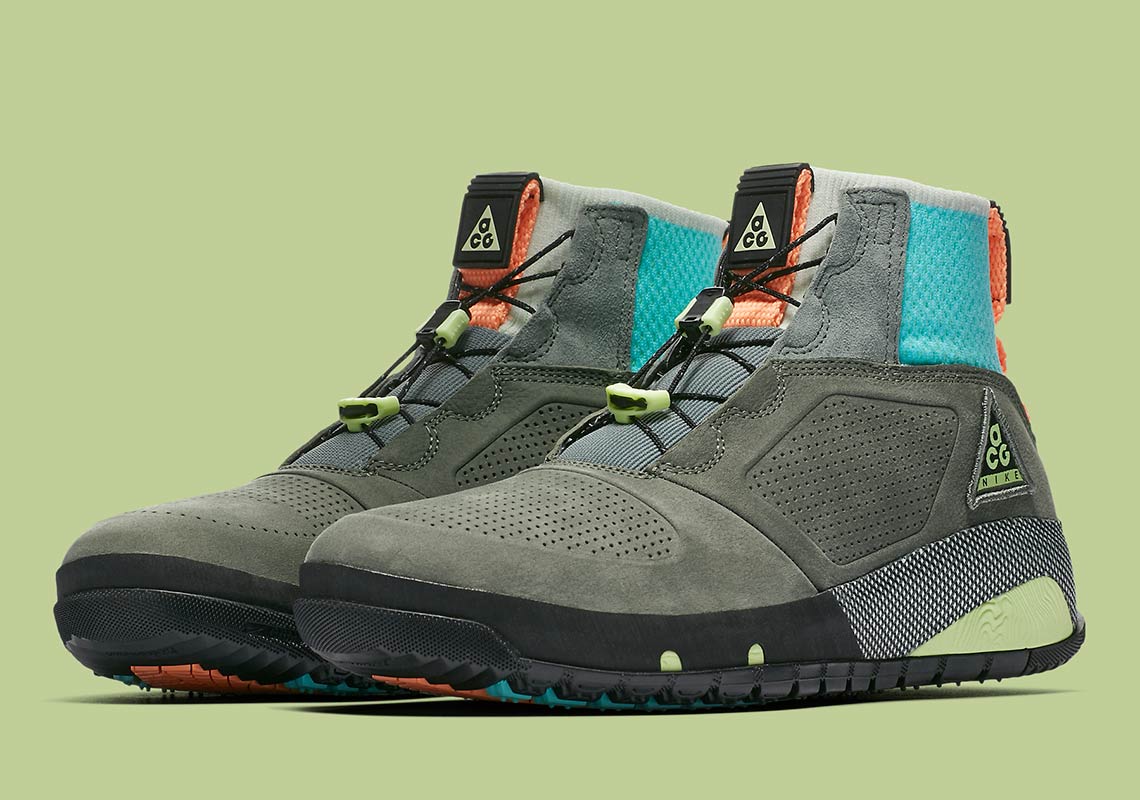 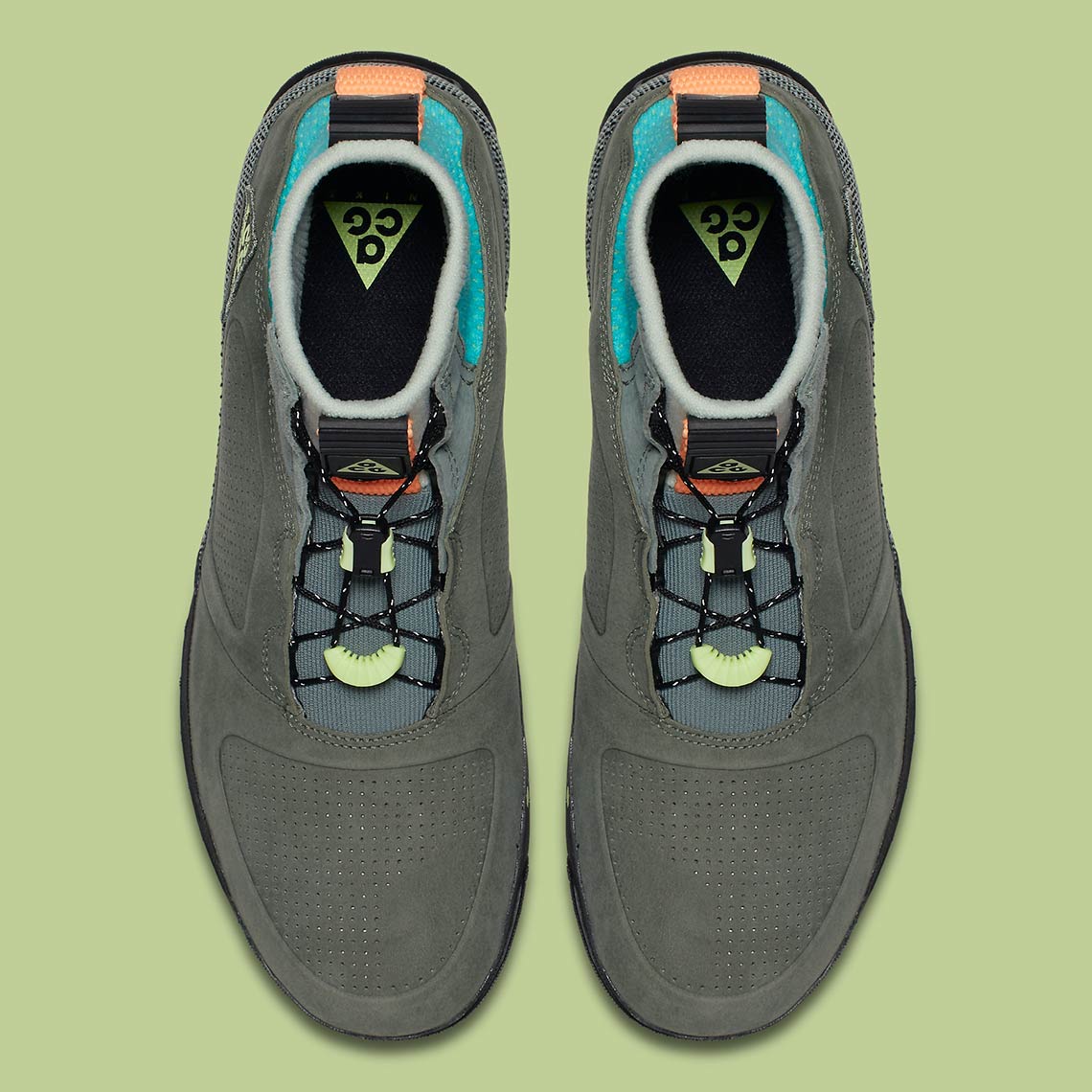 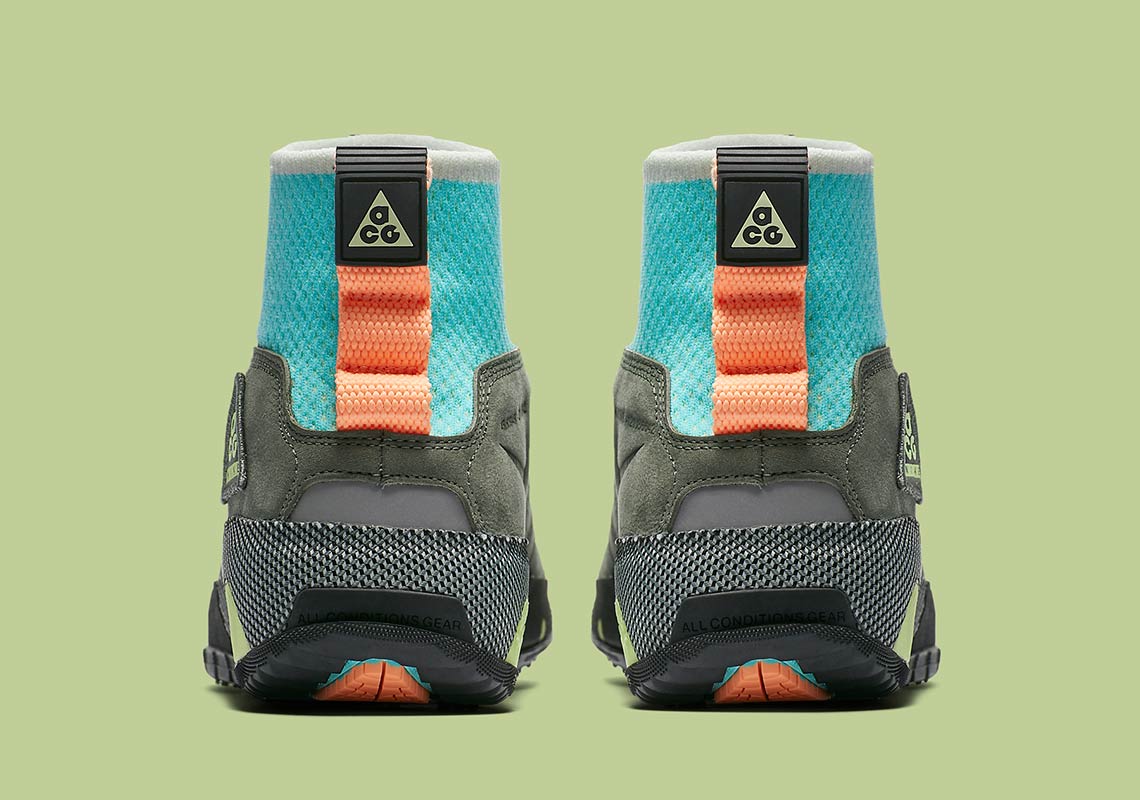 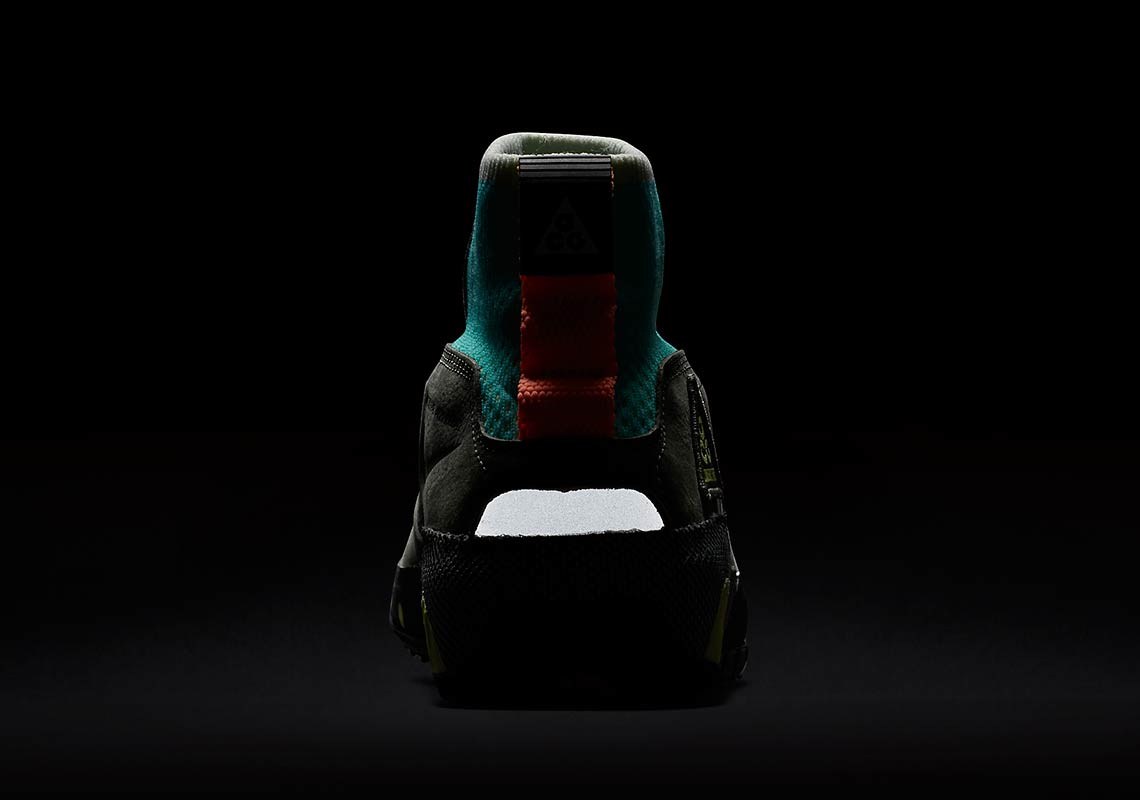 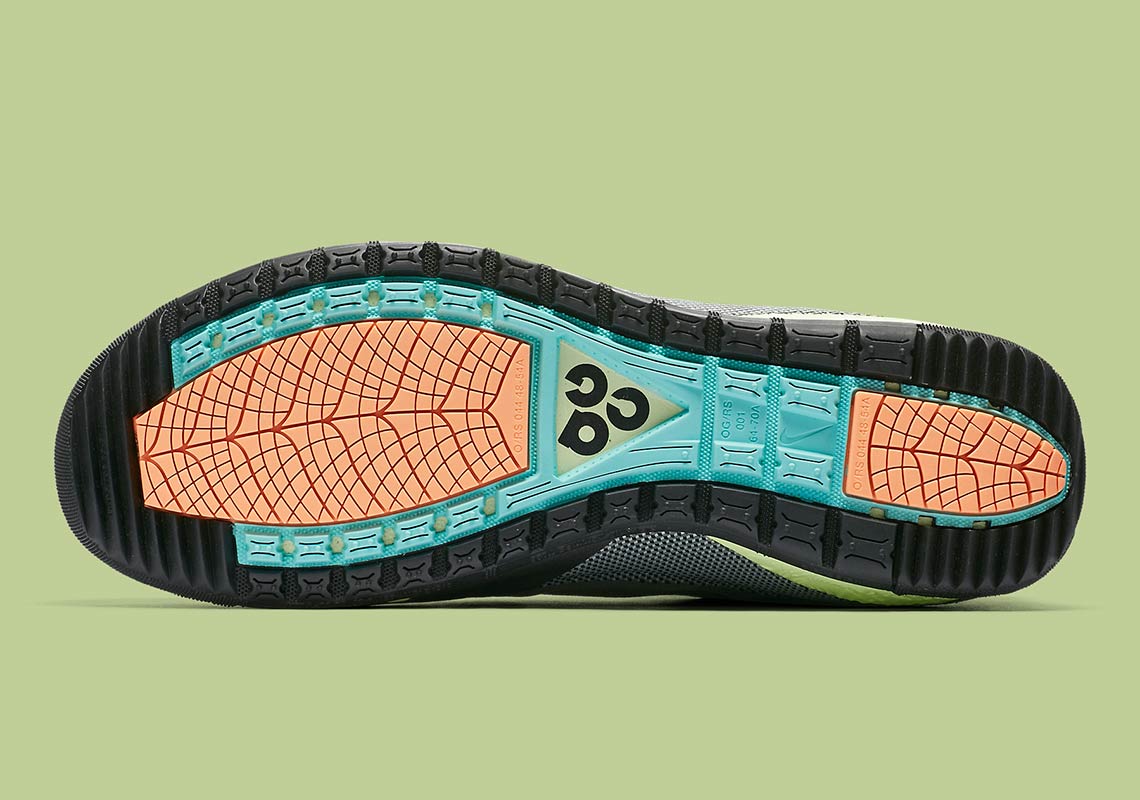