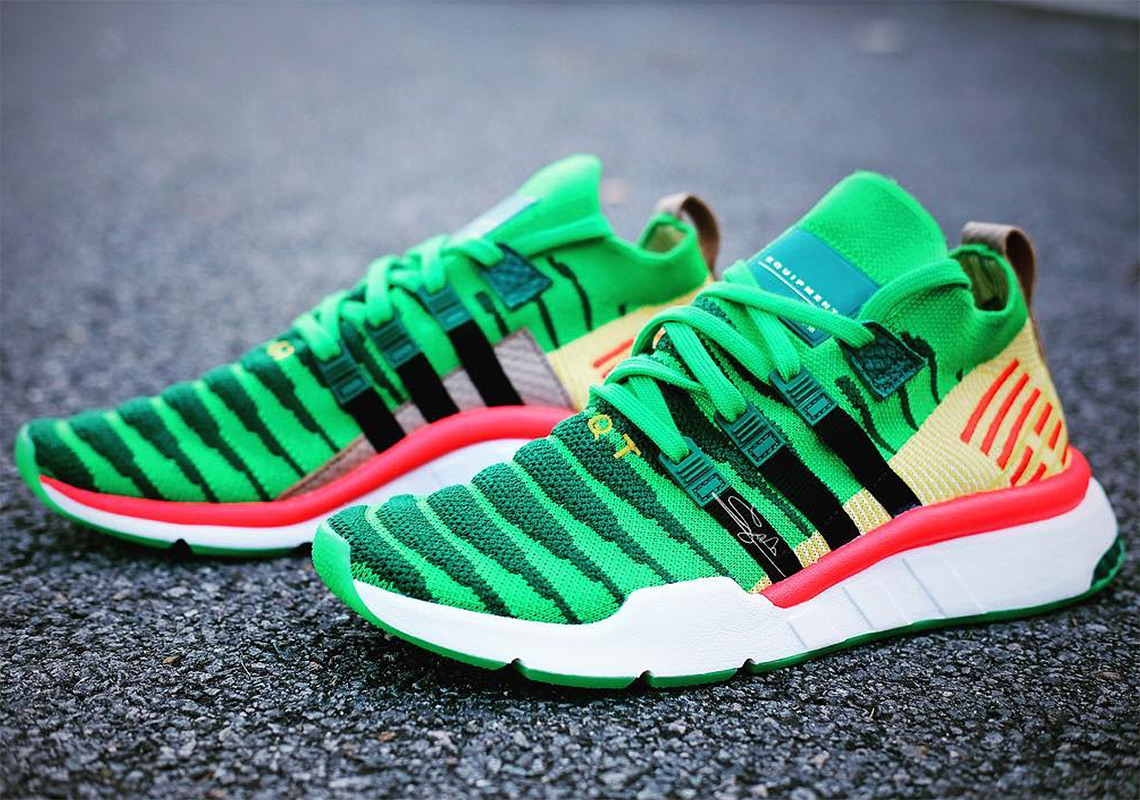 After months and month of waiting, the adidas Dragon Ball Z collection is in full swing with its first two releases – the Goku ZX 500 RM and the Frieza Yung-1 – slated to arrive at select retailers on September 29th. As well as release dates and unboxing videos for those aforementioned drops, we also got a first look at all seven boxes that reveal a connected manga-style illustration of all seven characters with one of the anime series’ most powerful beings making his menacing presence known on each box. Of course, we are referring to Shenron the magical dragon who is scheduled to close out the entire capsule with an aptly-colored adidas EQT Support Mid ADV Primeknit in December. Today, we have a first look at this offering that comes primarily done up in multiple shades of green that emulate the majority of Shenron’s snake-like body, with red accents on the border of its midsole and its Japanese characters for the creature’s ominous and piercing eyes. Additionally, yellow elements come into play to mimic his underbelly, while grey scale-like textures above its midsole and on its heel strap are reminiscent of a dragon’s rugged skin. Finally, a custom DBZ insole and a box with his ferocious likeness on it complete this detail-ridden selection that will arrive at retailers December 11th. 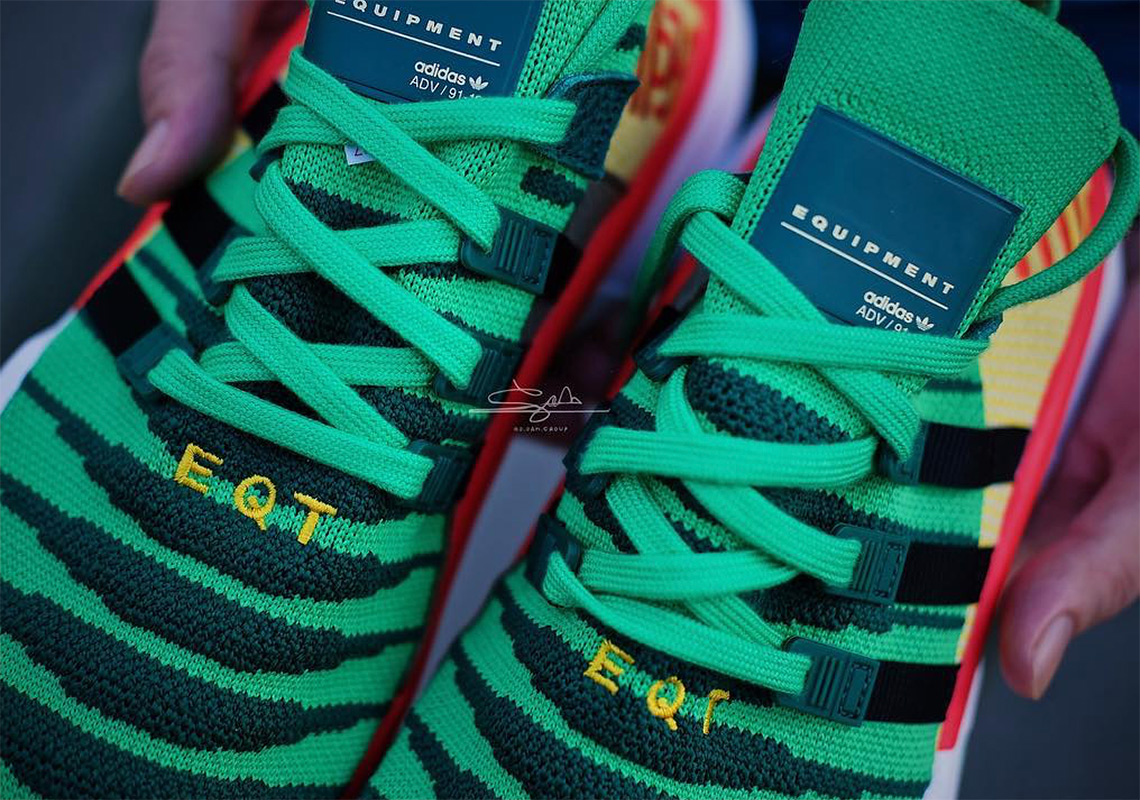 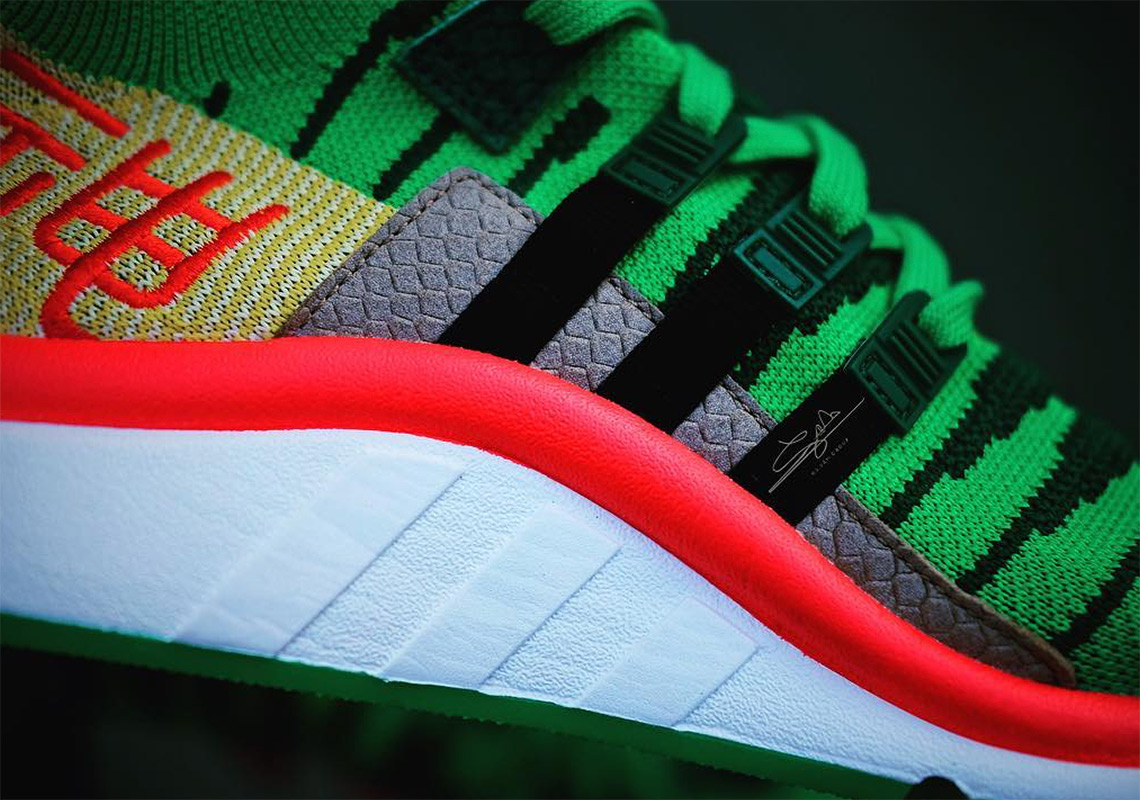 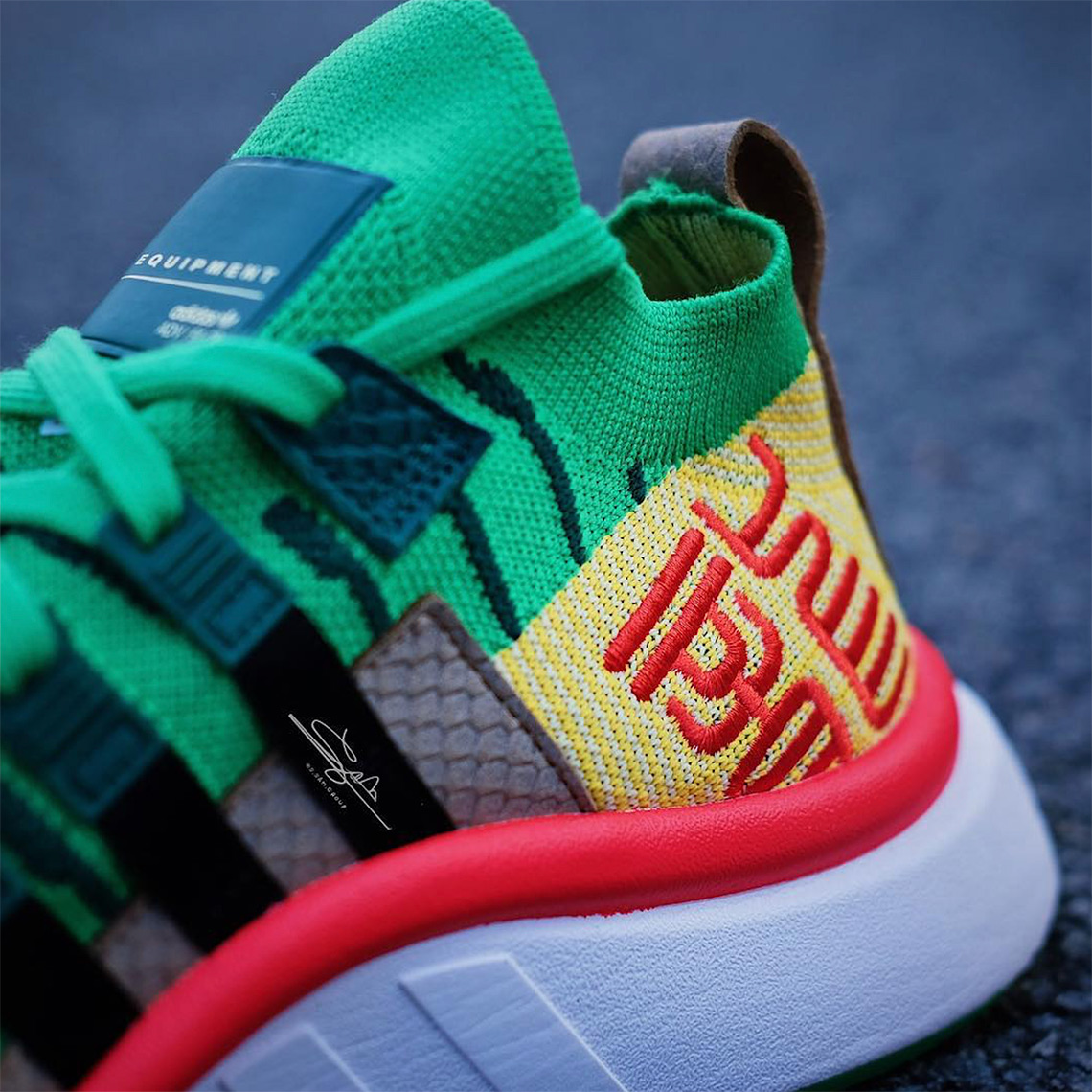 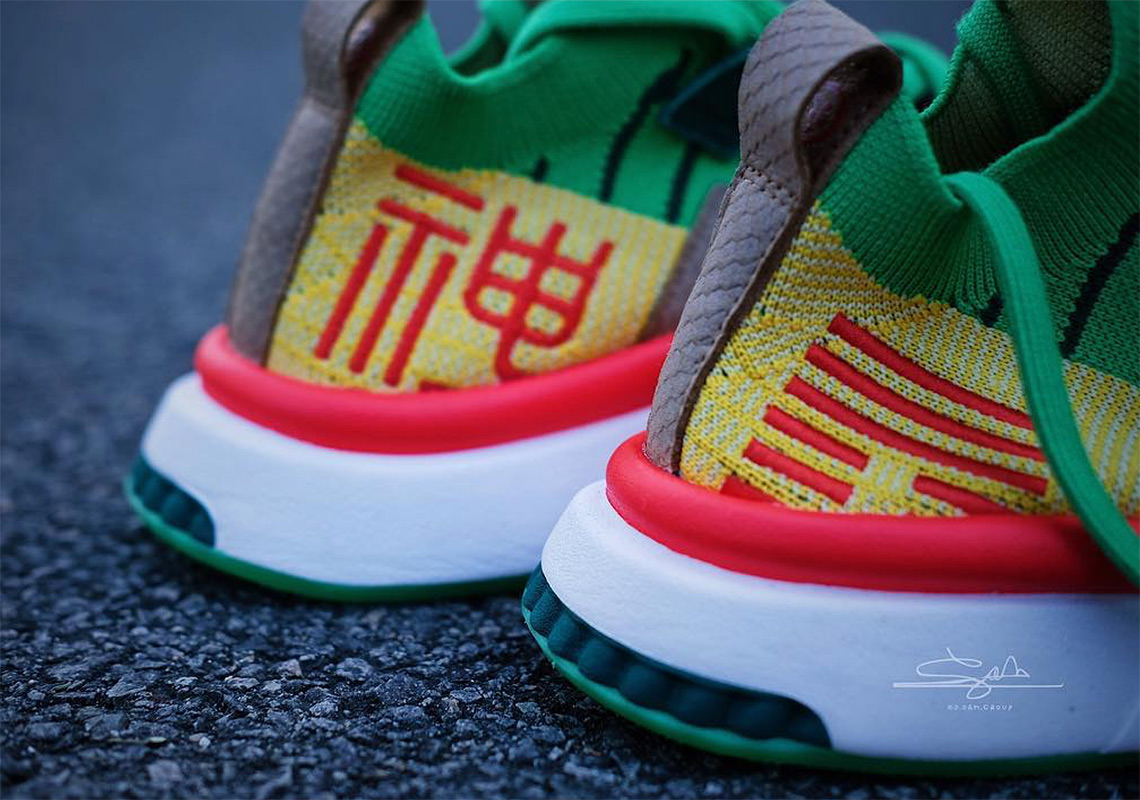 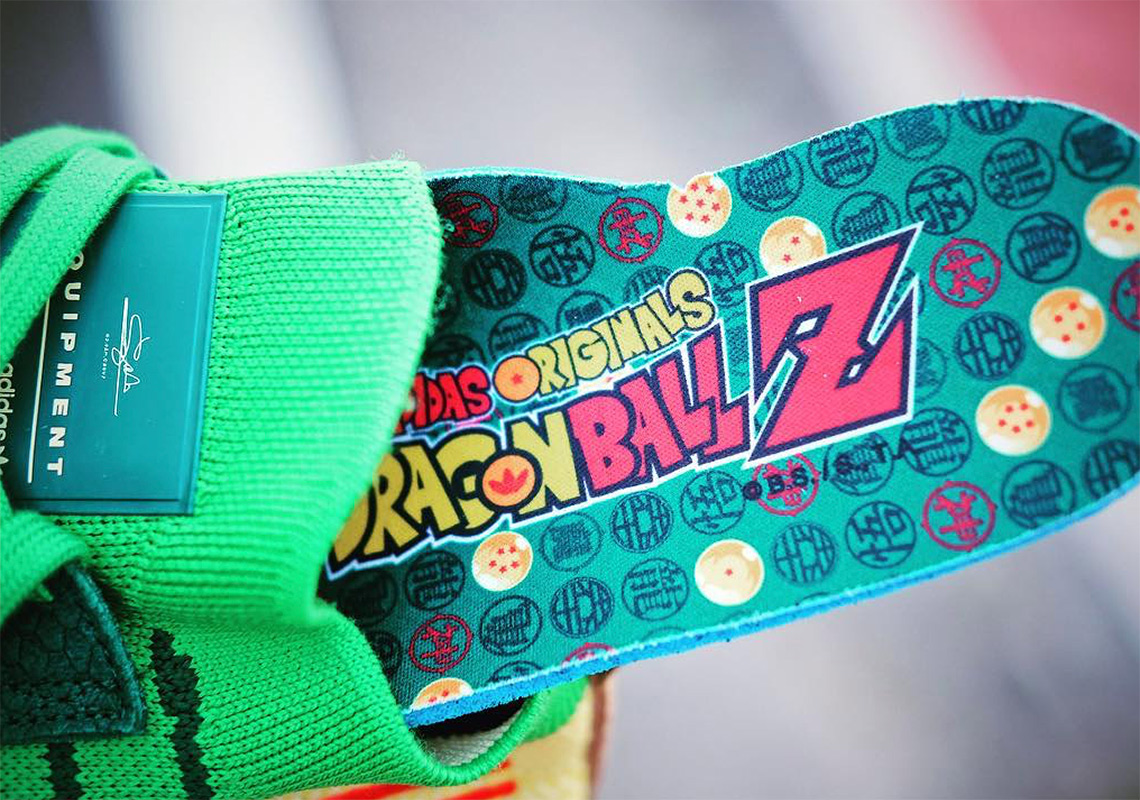 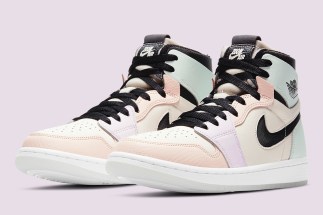