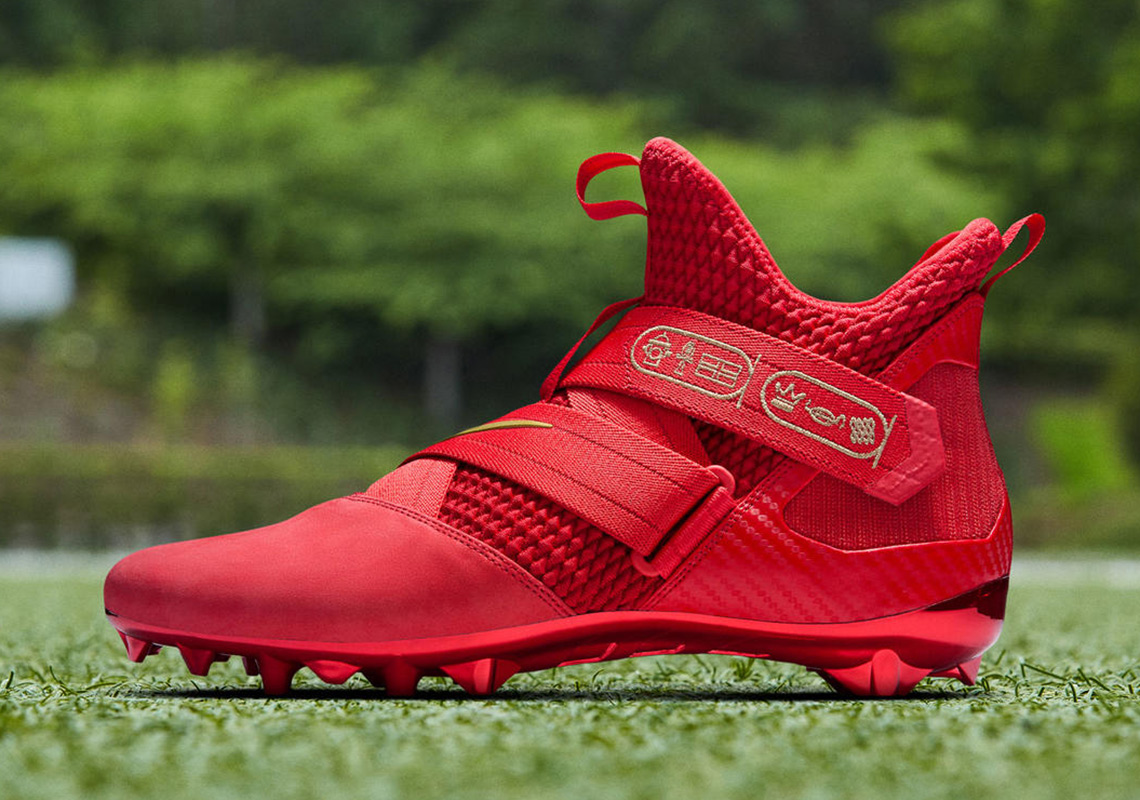 OBJ Will Be Wearing LeBron-Inspired Cleats For Monday Night Football

Tonight, the New York Football Giants will be taking on the Atlanta Falcons at Mercedes-Benz Stadium on Monday Night Football. During pregame warmups, the enigmatic superstar Odell Beckham Jr. will continue his run of lacing up special edition cleated version of Nike shoes with a red-clad LeBron Soldier 12. Equipped with the same ankle collar and strapped construction as the King’s payoff-ready footwear, OBJ is hoping they will bring him and the struggling Giants a touch of luck. A golden forefoot Swoosh atop the criss-crossed straps break up the tonally red vibes, matching its hieroglyphic-style emblems that represent the relationship between the two top-shelf Swoosh athletes. Grab a look at Beckham’s footwear below and be sure to tune into MNF tonight to see what he wears during the actual game. 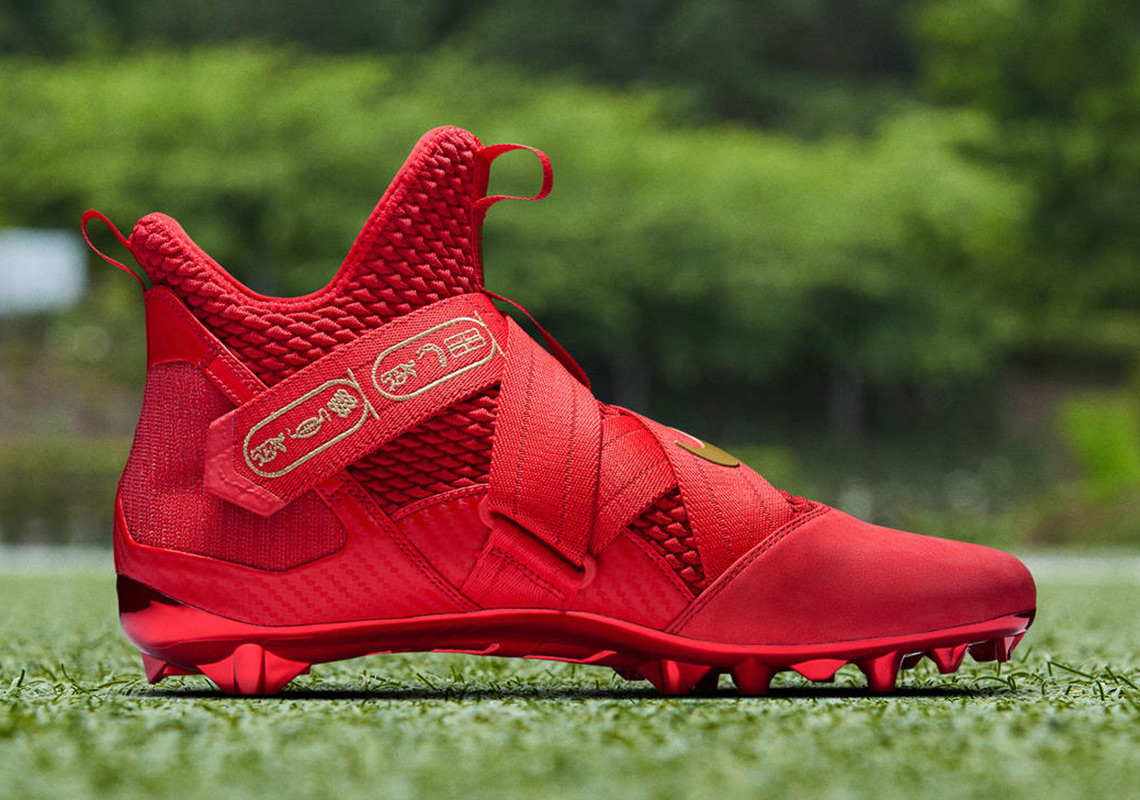