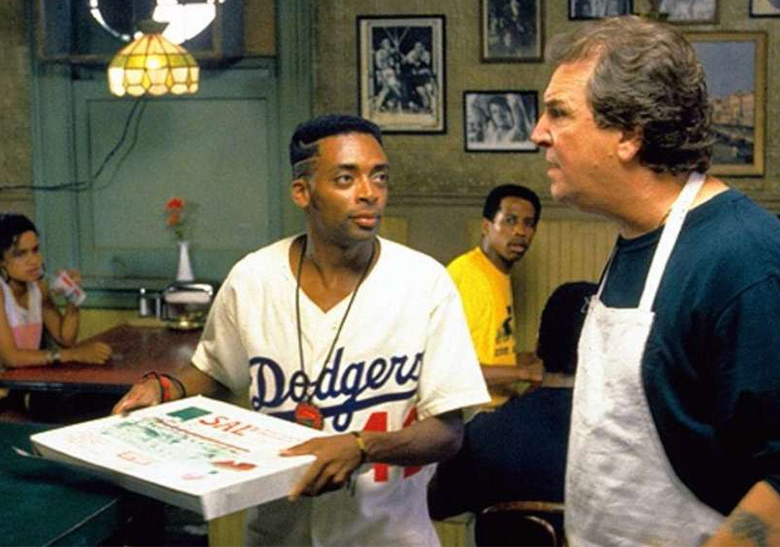 Over the last week or so, a pair of Air Jordan 4 photoshop renderings have made their way around the internet, dressed in the signature colors of the high fashion label, Gucci. In typical form, anything dressed in red and green with black and white accents immediately receives a “Gucci” monicker, but as it turns out, there is a much more appropriate inspiration behind this duo of Gorge Green and Varsity Red-equipped kicks. Meant to celebrate the 30th anniversary of the Spike Lee joint “Do The Right Thing”, both of these NRG AJ4s borrow their colors schemes from Sal’s Pizzeria, a fictional restaurant that served as a key plot point in the film. Like many a Pizzeria in New York City, Sal’s to-go boxes equip a red, white, and green color scheme reminiscent of Italy’s three-striped flag flown all around Little Italy and other highly populated Italian neighborhoods. Both shoes sport the same color blocking schemes, with the lone difference coming by way of their base, one opting for black and the other for and angelic white. While no official release date currently exists, we do know that pairs are rumored to hit retailers in semi-limited quantities next April, so keep it locked for any and all updates.

Updated April 22nd, 2019: There have been no updates regarding a release in April. 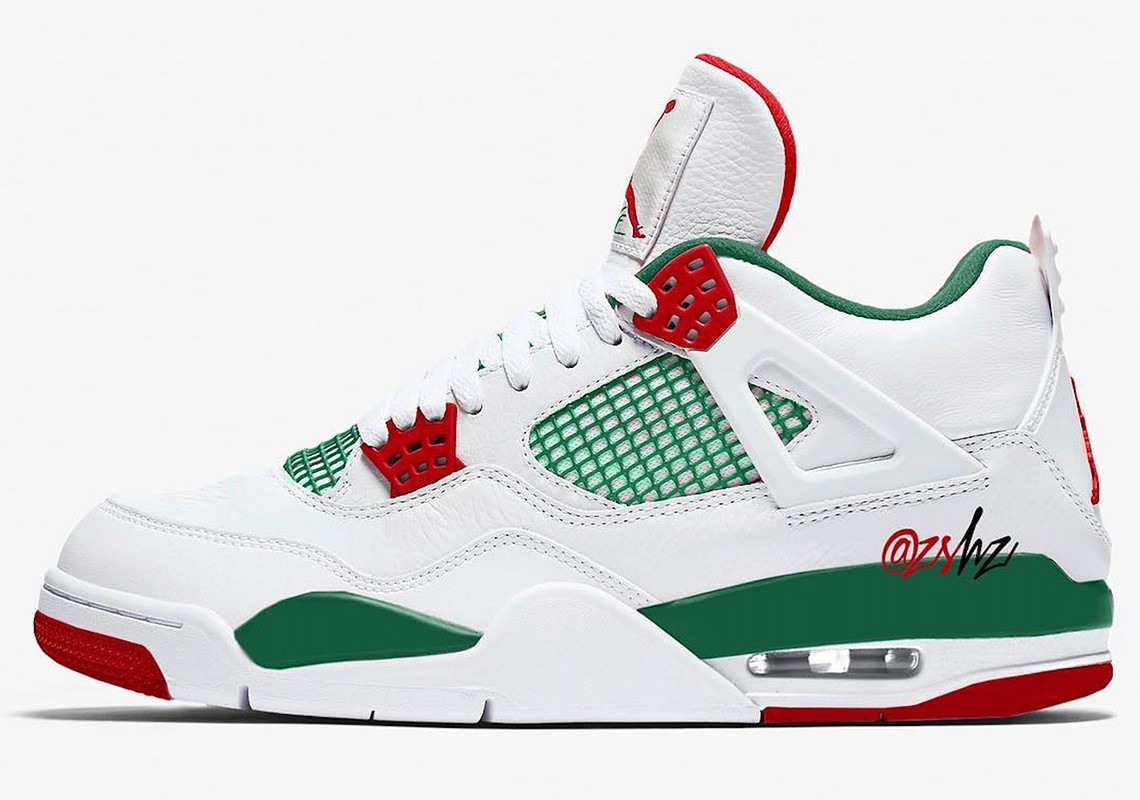 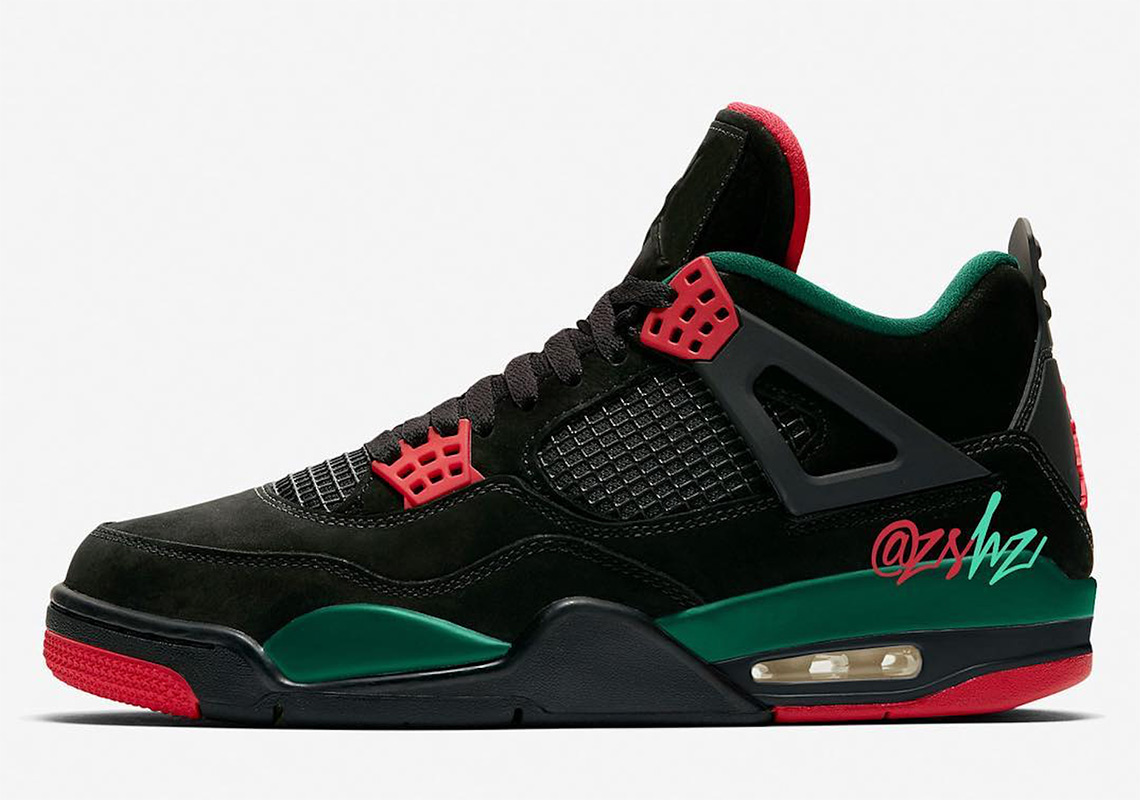 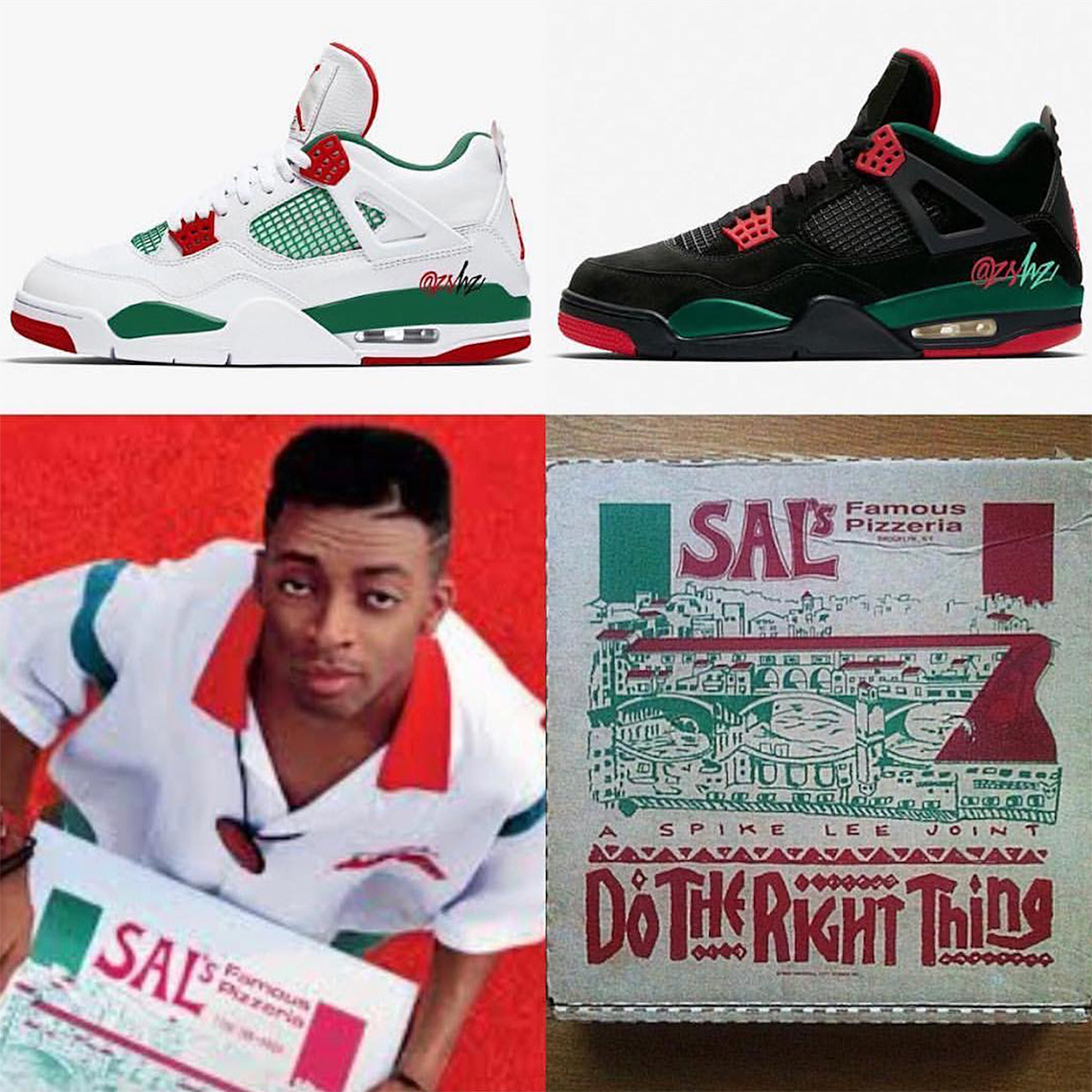