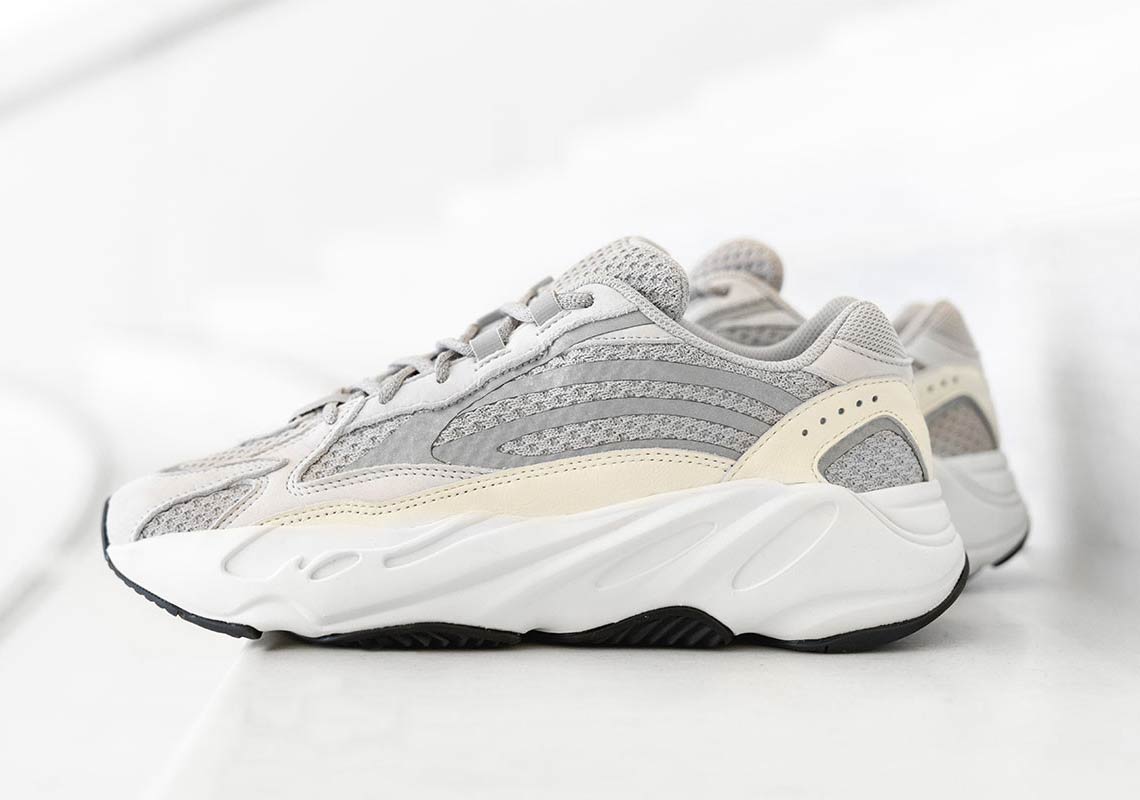 After first being revealed earlier this year, the “Static” adidas Yeezy Boost 700 v2 faded into the background with the restock of the OG-colored Yeezy 700s and the subsequent release of the “Mauve” 700s. However — much like the man himself — nothing associated with Kanye West stays out of the headlines for long. The “Static” v2s now have a release date according to well-known leakers Yeezy Mafia: December 29th. Although the white and grey shoes bear the same overall chunky shape, combo of durable mesh/supple leather and extra-wide midsole as their predecessors, there are some noticeable differences from the first iteration. The upper’s paneling is almost completely re-worked and a new abstract Three Stripes-esque graphic appears on the quarter panel to provide an interesting touch of shimmering silver detailing. The Boost-filled midsole is dressed in a tonal white, and a black outsole then completes the look with its touch of dark contrast. Further details will surely surface as the release date draws closer, so keep it locked for further info and check out these new adidas Yeezys below while you wait. 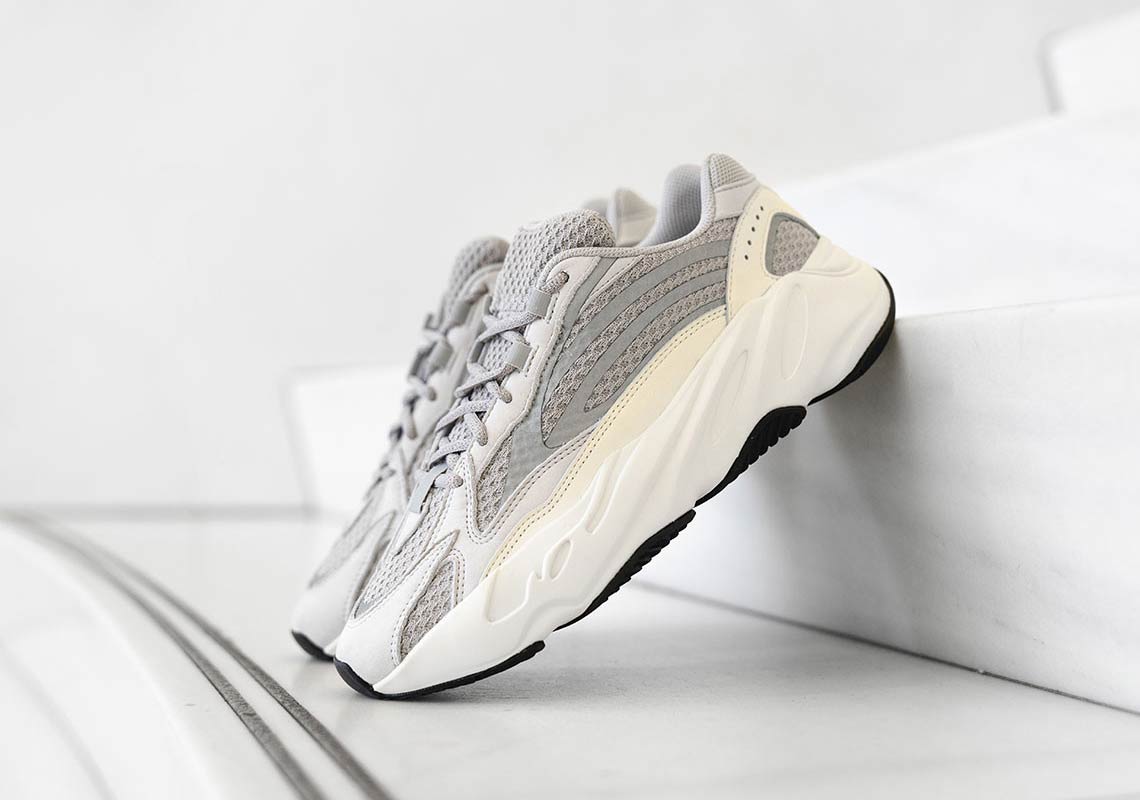 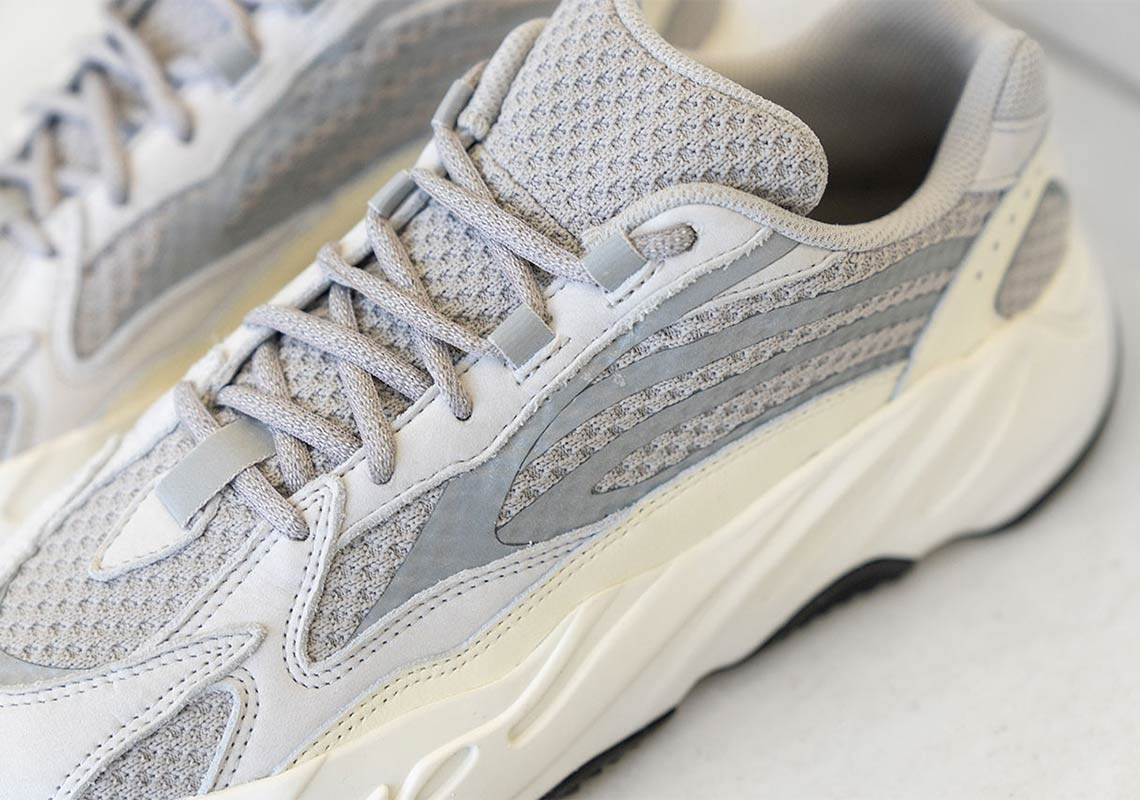 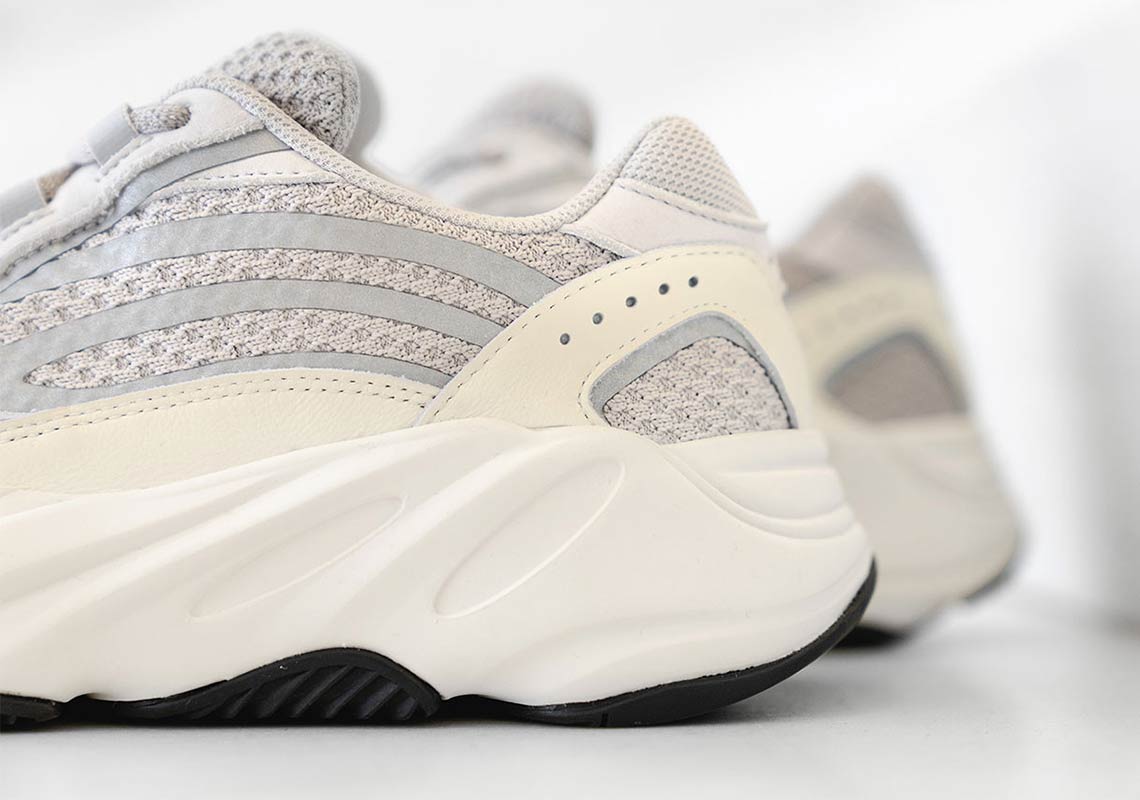 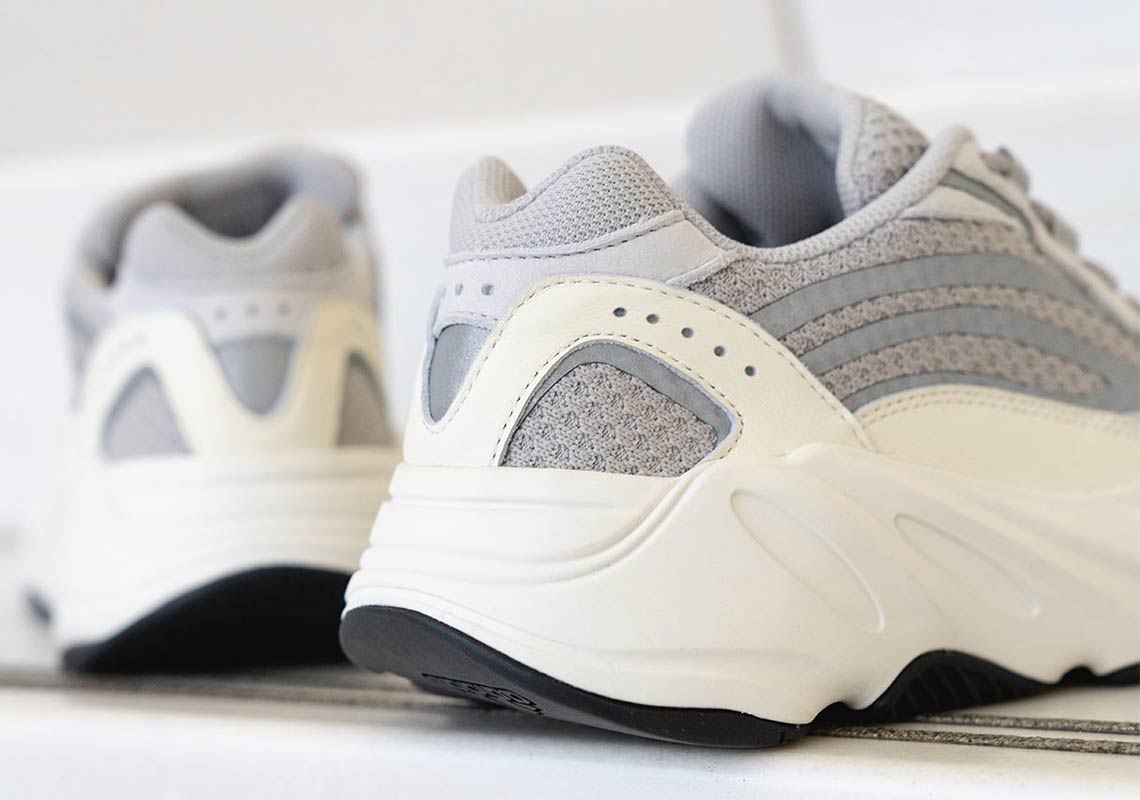 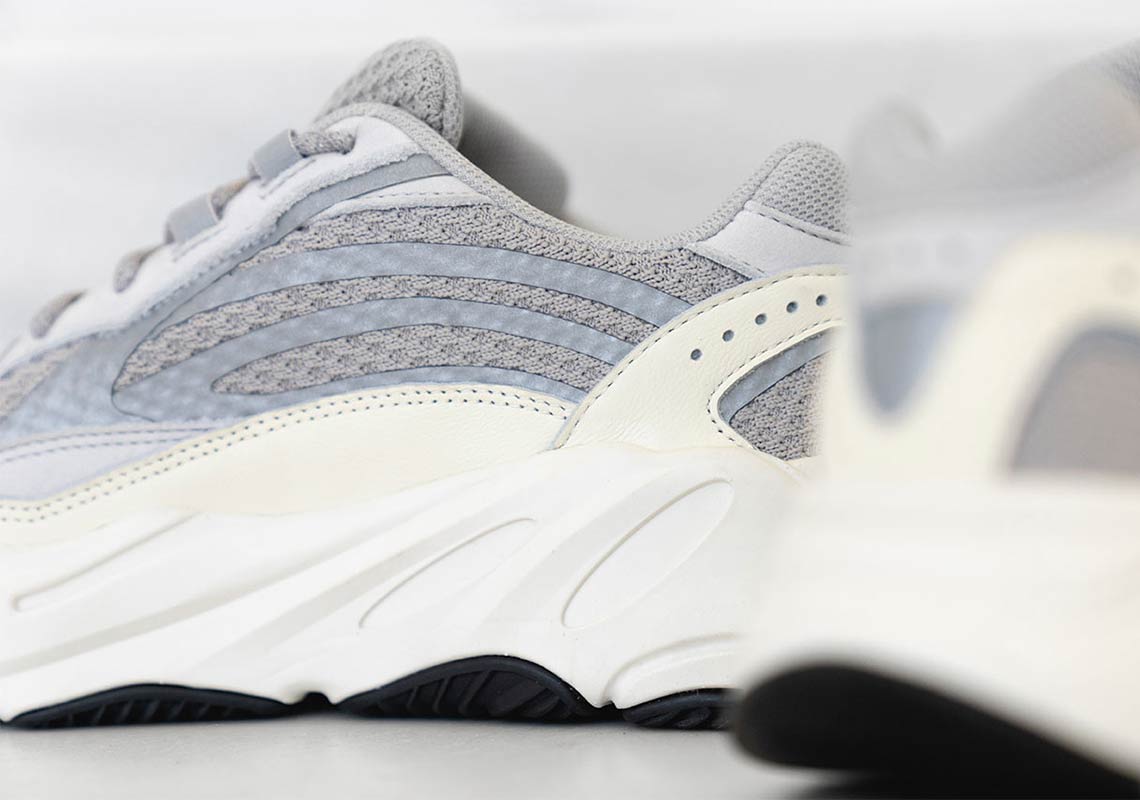