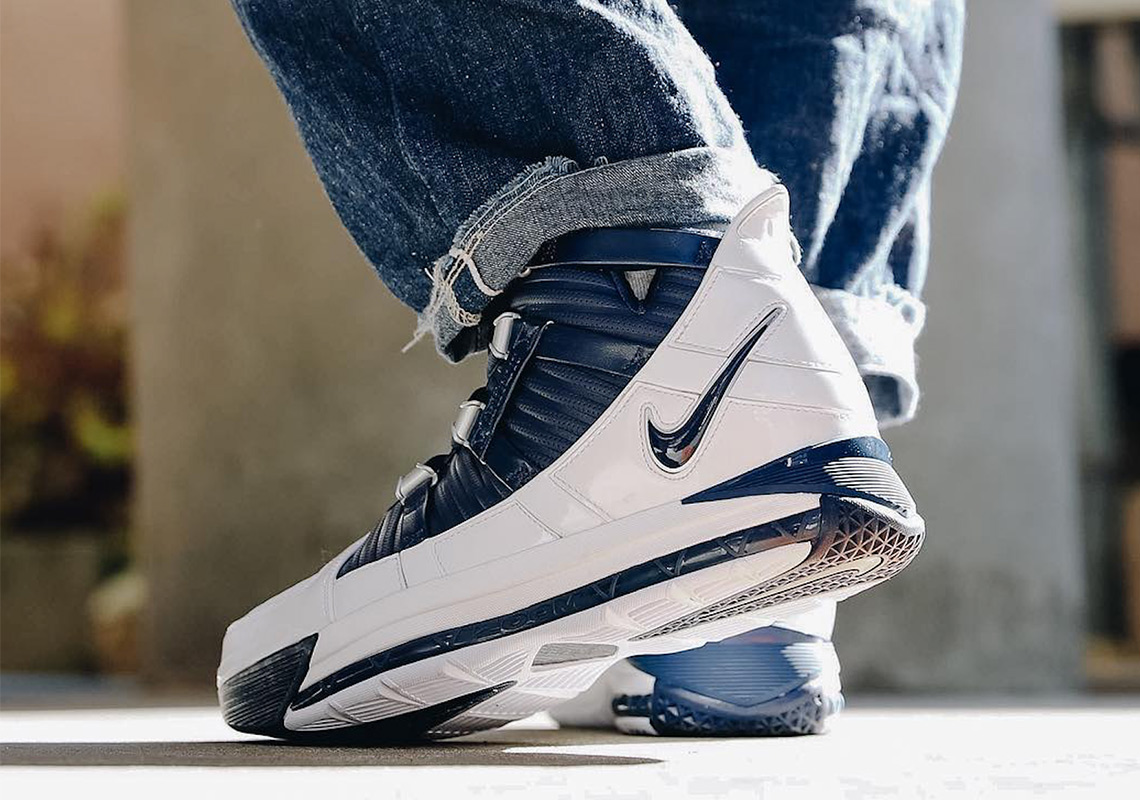 First brought to market in 2005, the Nike LeBron 3 is a physical memento of a different time in the NBA. LeBron James was entering his 3rd NBA season, and put up a stunning stat line of 31.4 PPG, 7 RPG and 6.6 APG. He lead his Cavs into the NBA Playoffs for the first time since 1998, and finished second in MVP voting to Steve Nash, cementing his status as one of the brightest stars in the league — all despite being barely old enough to legally order a drink. With a durable army boot-style design and a large-volume Zoom Air unit, the LeBron 3 was right there with the young monarch during his memorable season, and now it’s set to come back in its OG white/navy colorway, 14 years after it first released. Using a combo of rich navy blue leather on the upper half and stark white leather on the lower half, the shoe’s main accents arrive via kingly silver lace loops and a lion graphic on the tongue. A tilted Swoosh on the lateral heel and a two-tone midsole then complete the look, ensuring the shoe is still just as striking today as it was back in ’05. You can expect these historic LeBrons to drop January 16th at retailers like atmos Tokyo, with a stateside release likely to follow soon after.

Where to Buy (US) 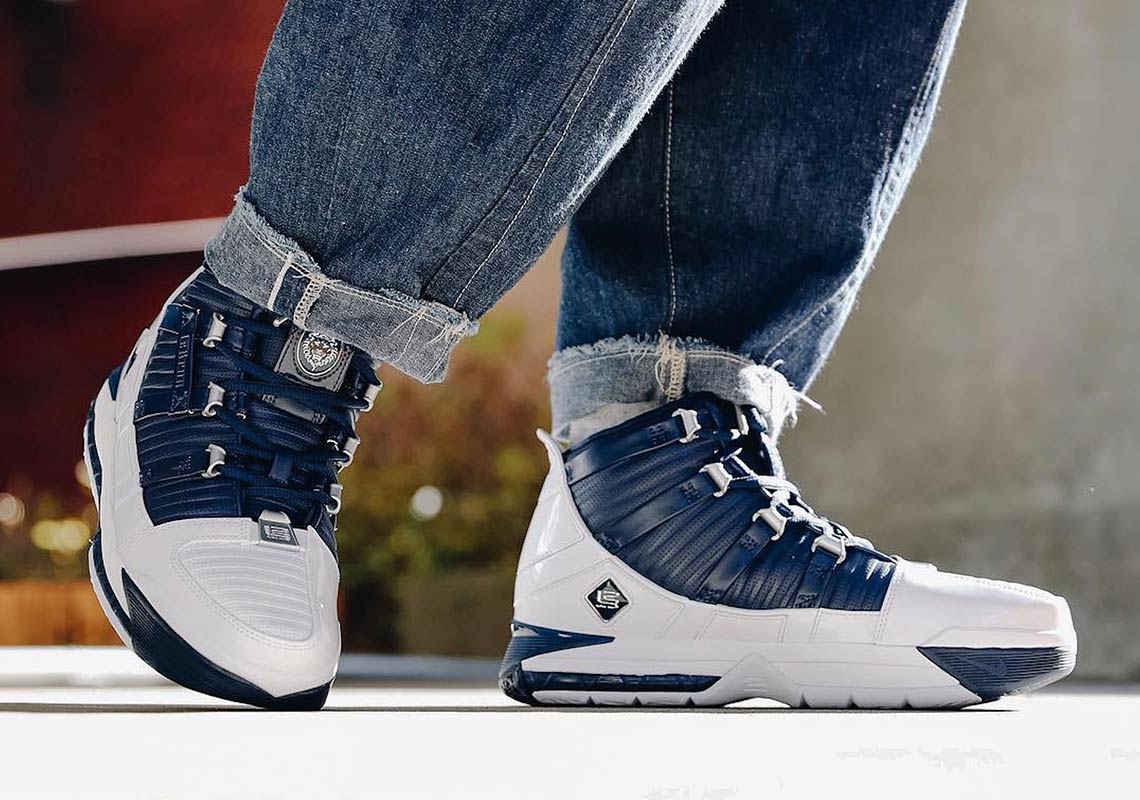 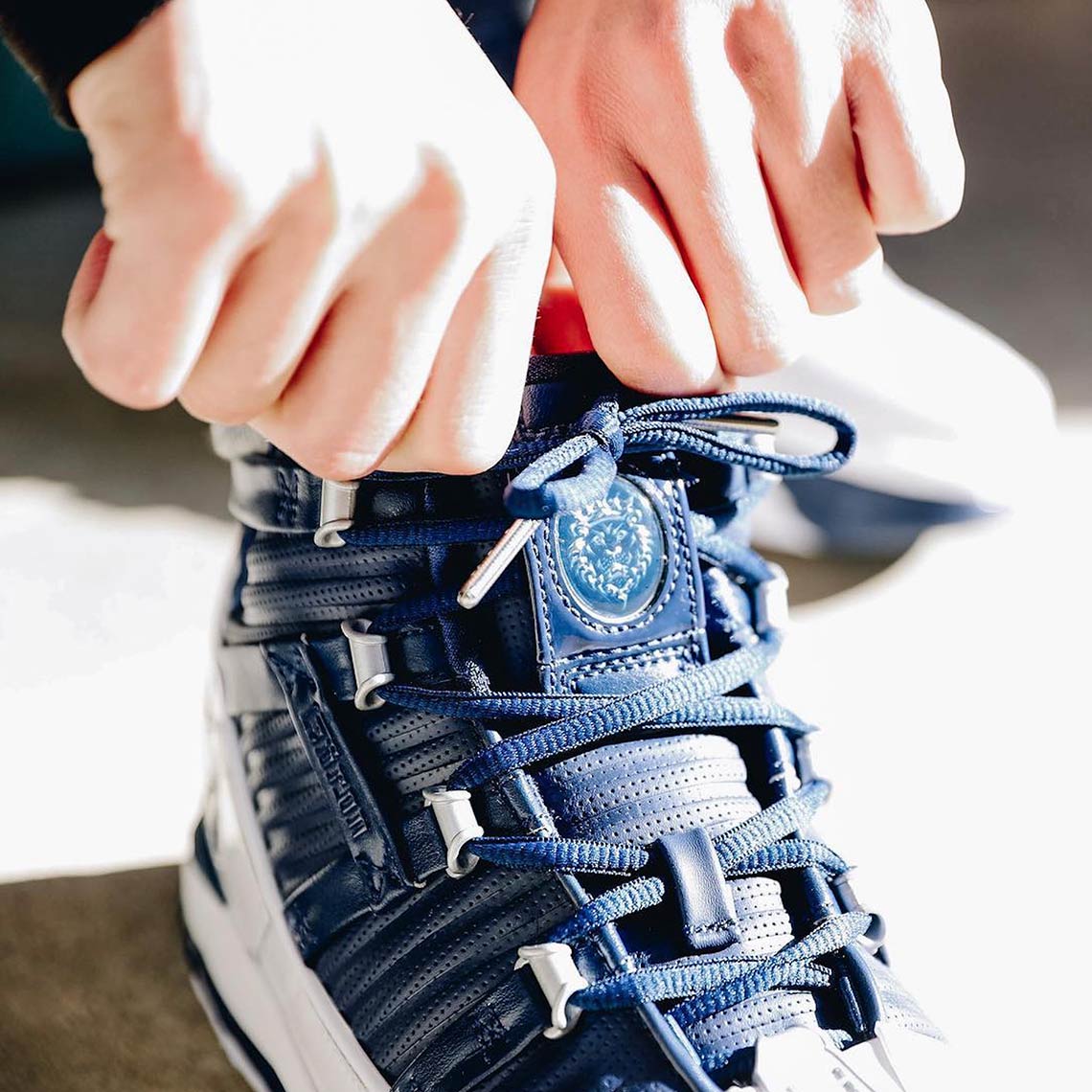