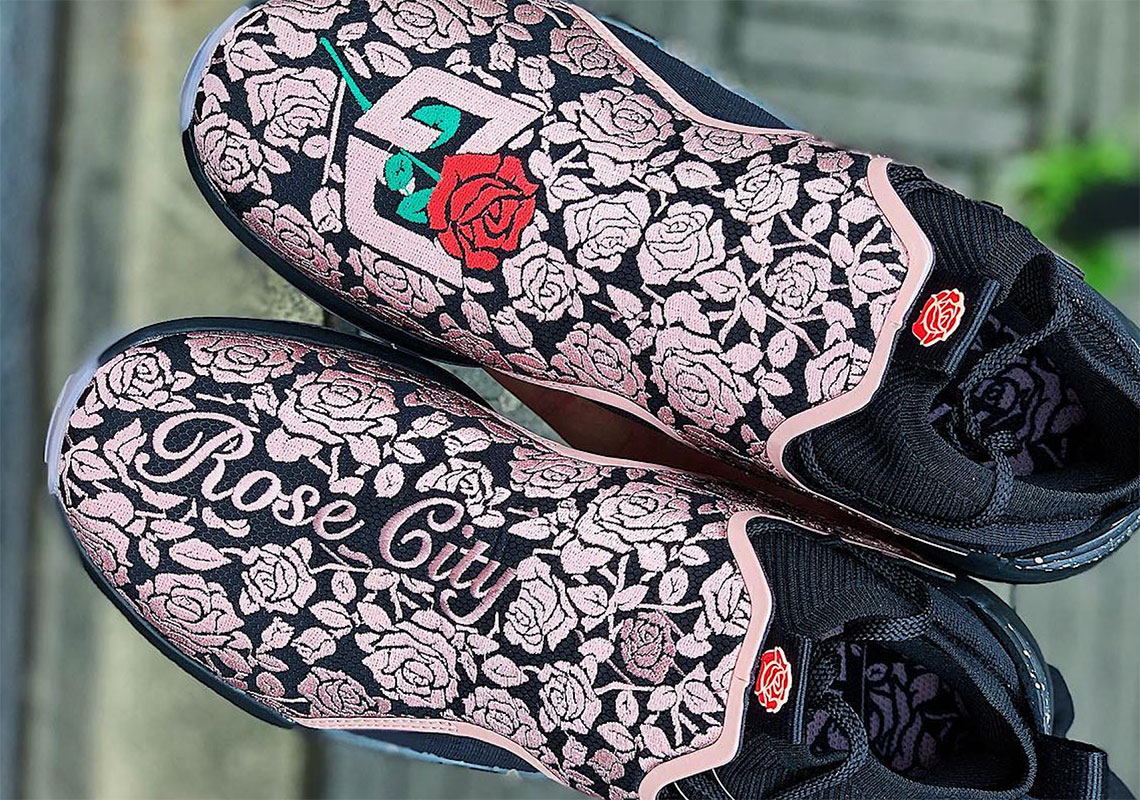 Although they’ve provided Dwyane Wade with signature sneakers for almost a decade, China’s Li-Ning is still gunning to expand their basketball footwear’s reach stateside. The brand’s roster is deeper than just D-Wade though: they’ve also got electric scorer CJ McCollum — 2016’s NBA Most Improved Player — under contract, and now they’re releasing a special “Rose City” makeup of their Yushuai 12 basketball shoe for the Trail Blazers shooting guard. Portland has long been known as the “City Of Roses,” so Li-Ning has covered the Yushuai 12’s entire upper shroud in elegant pink embroidered roses — while also adding a large red rose to the forefoot of the right shoe/ a flowing “Rose City” text hit to the left. More special detailing arrives alongside McCollum’s #3 on the heel, and a speckled black Drive Foam midsole ensures that the shoe plays just as good as it looks. If you want to get your hands on a pair of the rising Rip City star’s new sneakers, they’ll be available at Portland-based boutique Index Portland this Saturday, January 19th on a first come, first serve basis. 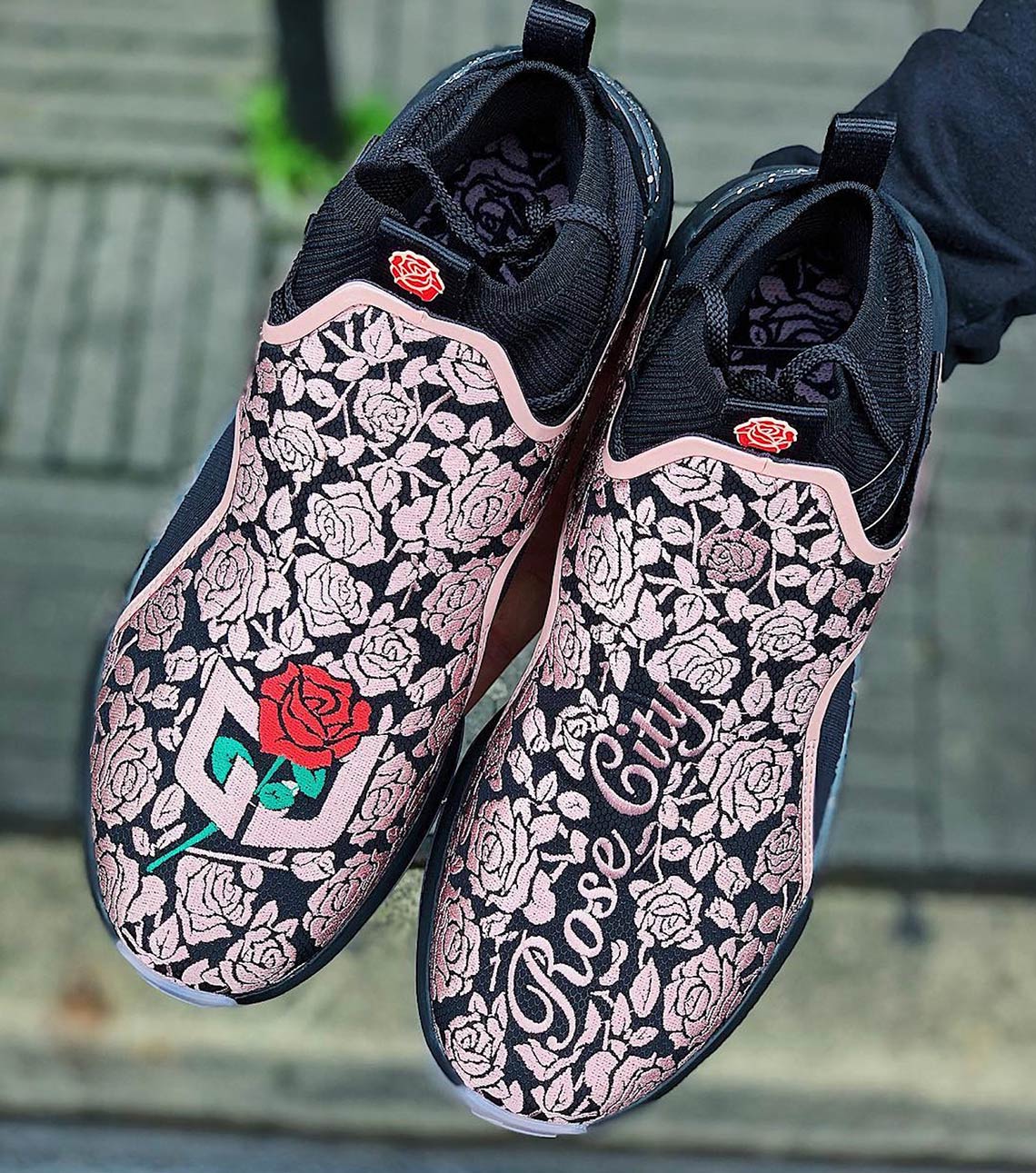 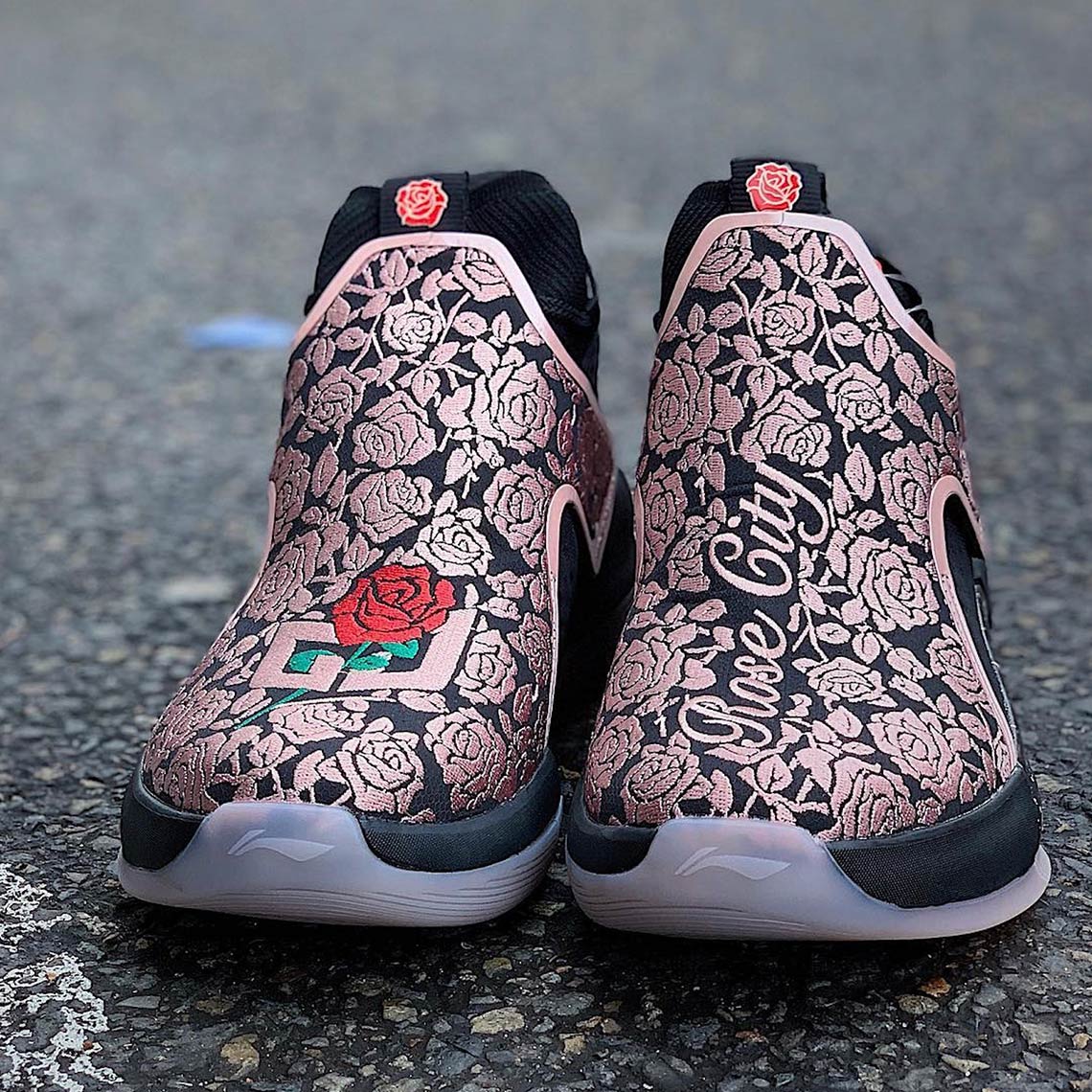 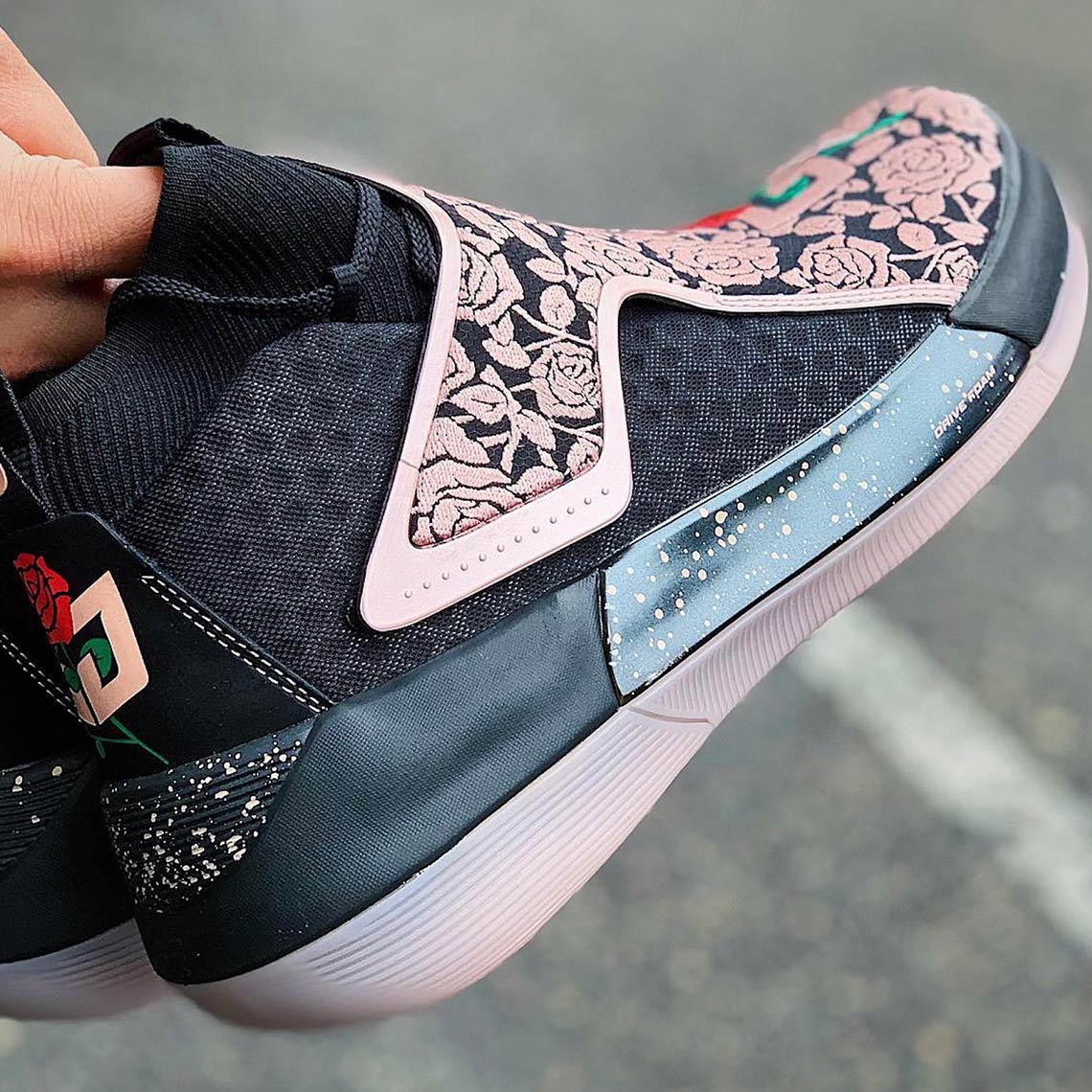 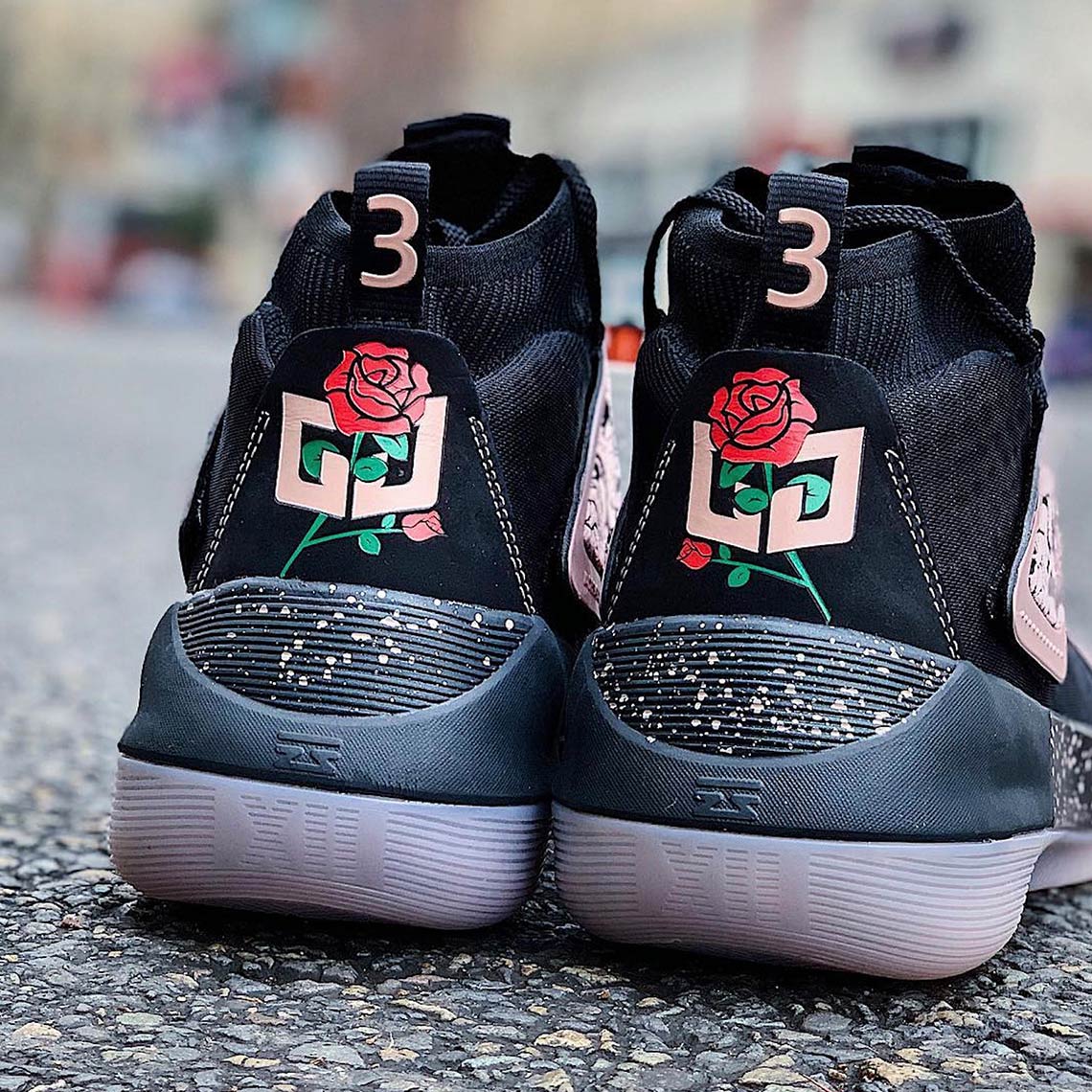