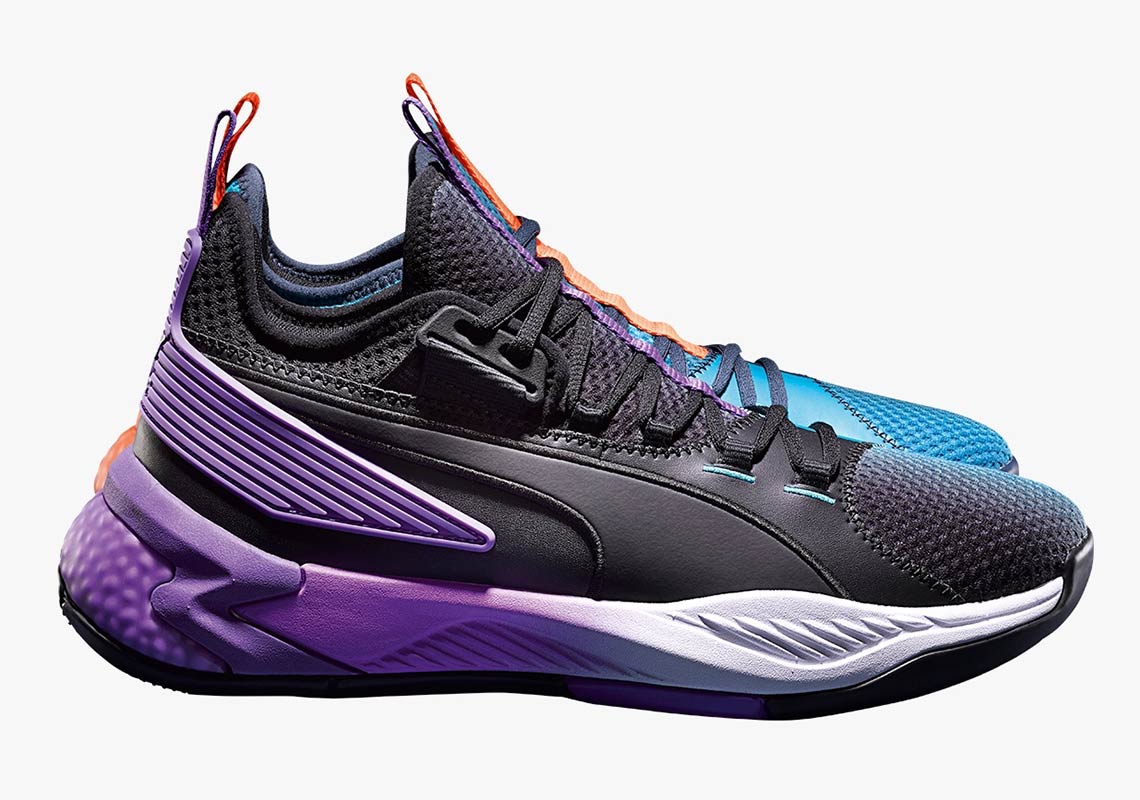 Puma To Debut The Uproar Hybrid Court For All-Star Weekend

Puma stormed back into the basketball market last year with their Clyde Court Disrupt, and now they’re set to debut their second hoops silhouette — the Uproar Hybrid Court — at the 2019 NBA All-Star Game. Offering a look that’s a fusion of lifestyle and performance with just enough retro flair, the shoe seemingly pulls in some design cues from the Thunder series, but adds sporty new detailing like a one-piece mesh upper and bold plastic overlay that wraps around the heel. Although a rich teal is used for the shoe’s base, the differentiating accents pay homage to the life cycle of Charlotte basketball: the right shoe’s black and purple detailing nods to the Hornets, while the bright orange on the right shoe acknowledges the time that the franchise spent under the Charlotte Bobcats moniker. Look for these Charlotte-centric kicks to drop at the retailers listed below on February 16th for $130 USD, and be sure to keep it locked here for further Puma Hoops updates. 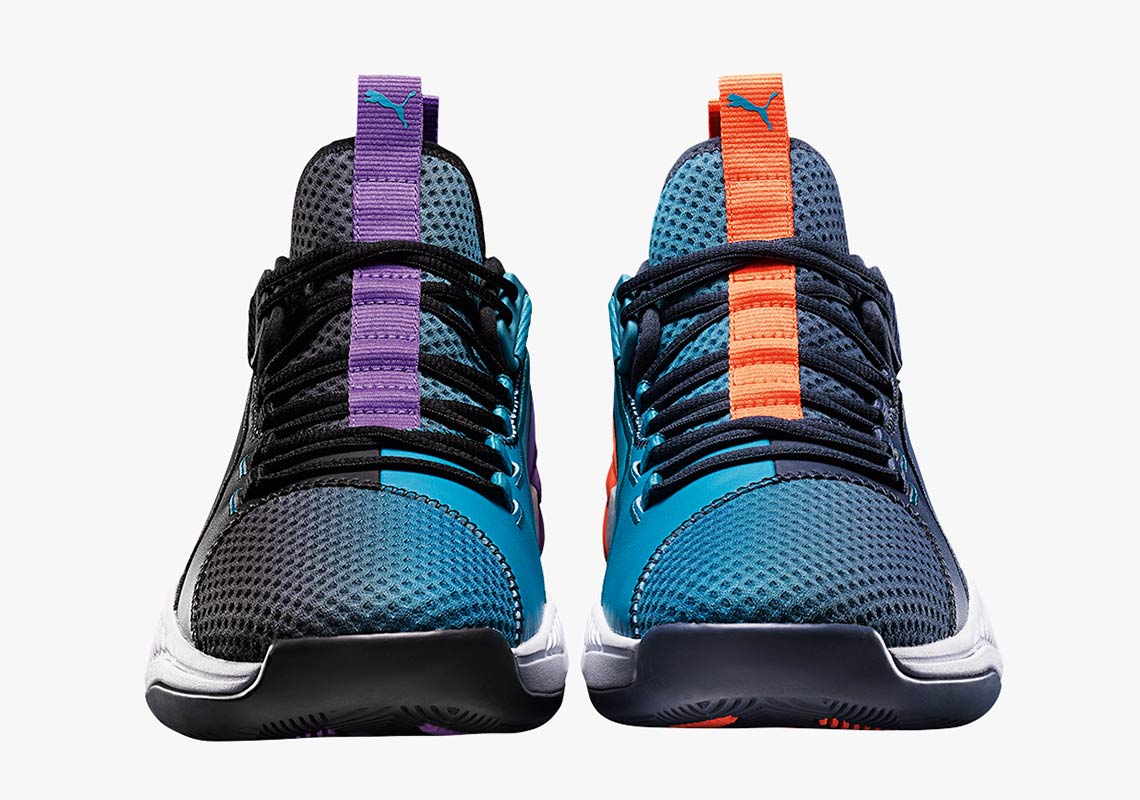 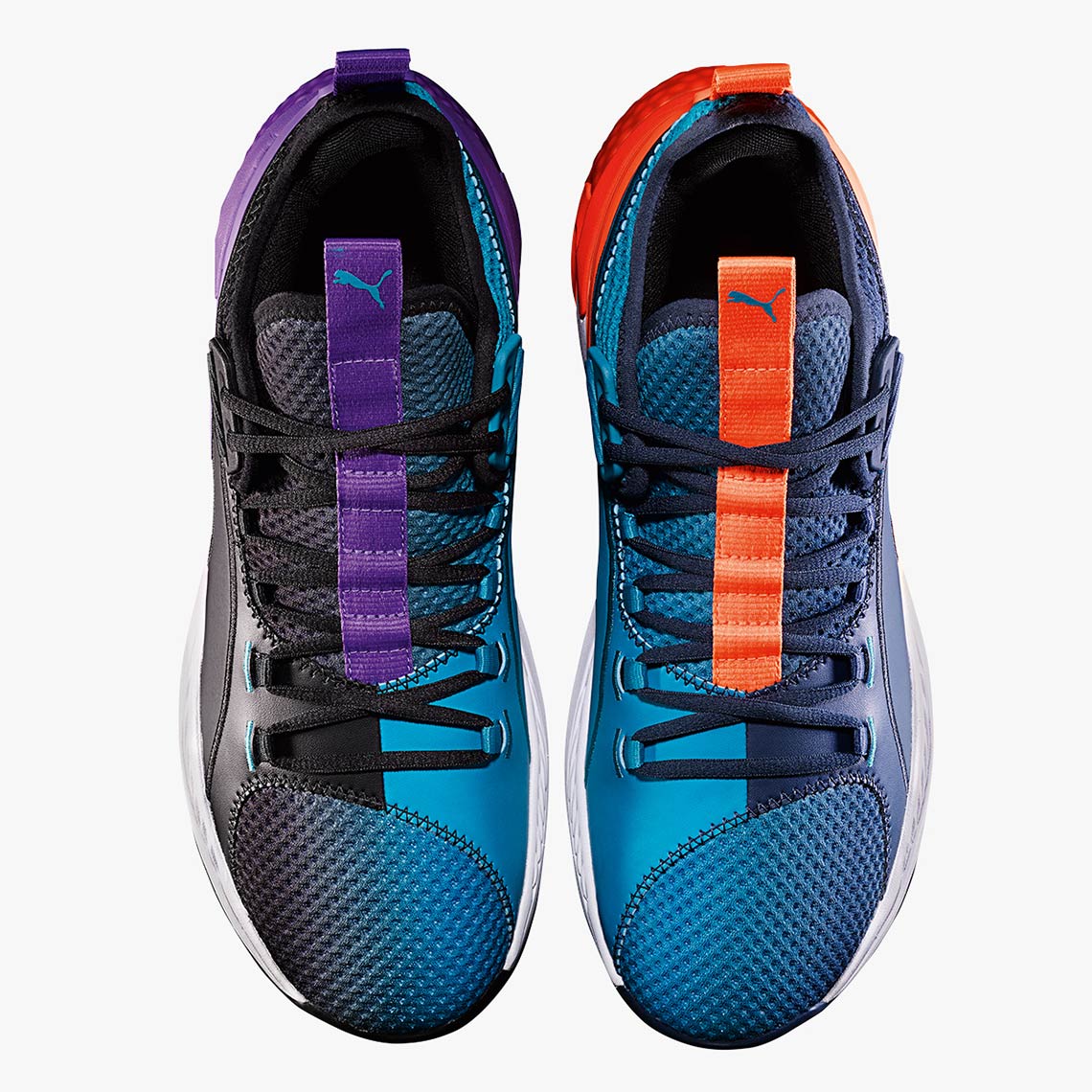 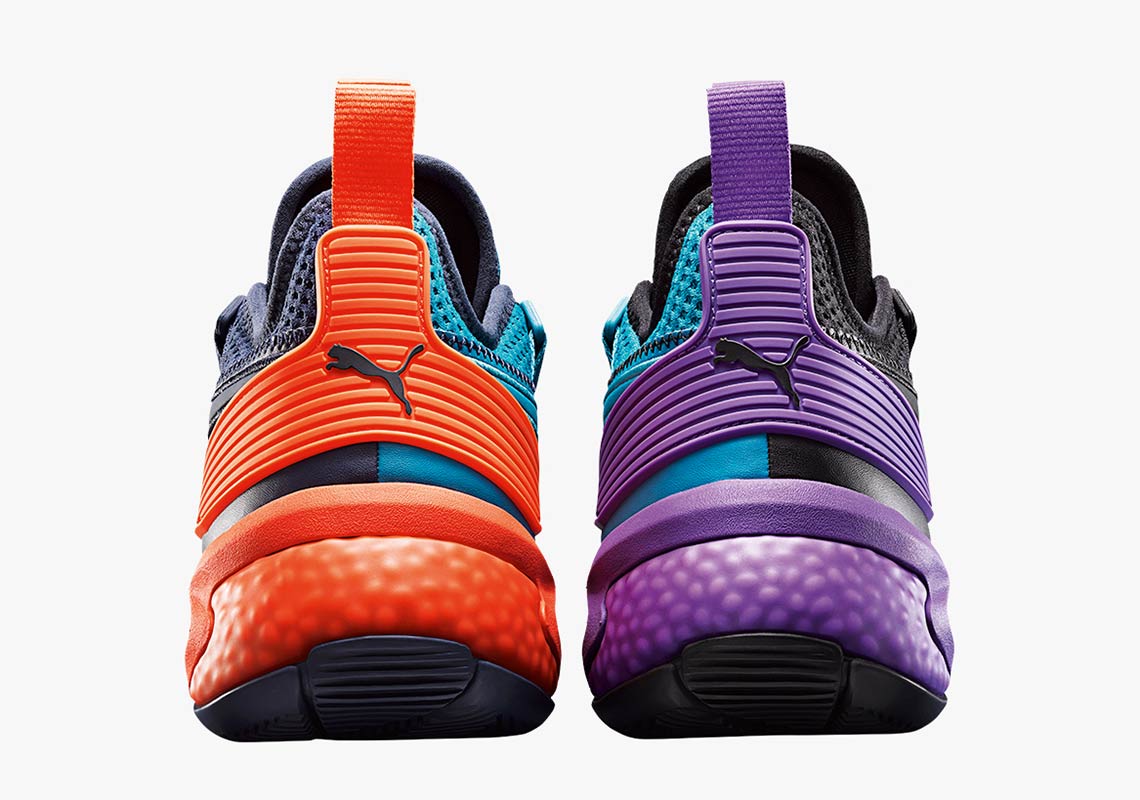