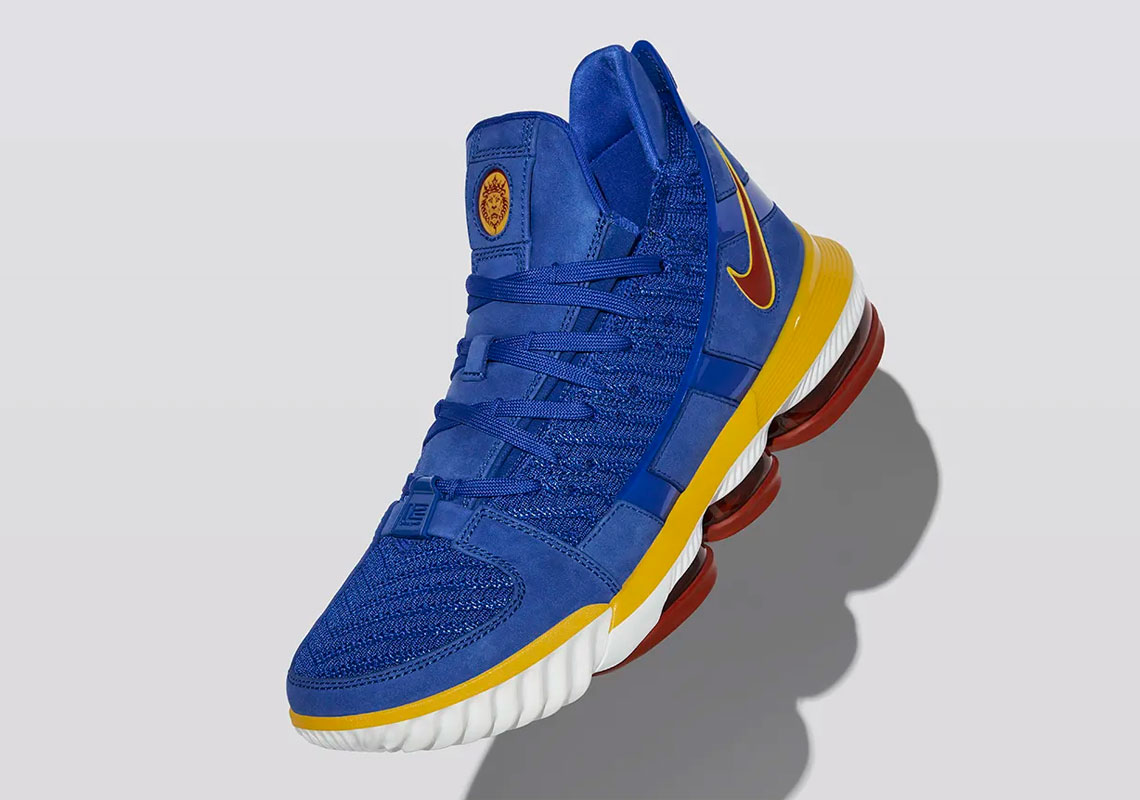 LeBron James‘ superhuman-like maneuvers on the court drop jaws and defy the laws of physics, so Nike acknowledged the King’s otherworldly abilities with a new “SB Blue” LeBron 16 that he wore during a recent game against the Boston Celtics. The altered-yet-familiar color scheme is a flip of past “Super Bron” makeups — a look that debuted on the Zoom LeBron 3 and was recently revived for another LeBron 16 colorway — but replaces the white base that’s usually used with a rich blue for a look that’s all its own. Red and yellow provide bold accents, while a combination of patent leather and suede on the overlays ensure that the standout superhero look loses no luster. As is par the course for #LeBronWatch drops, the shoes released on Nike SNKRS for $200 USD when the Lakers/Celtics game tipped off, and were available via a draw for a mere 23 minutes. They’ve since sold out — and the King put up an impressive 30 points, 10 rebounds, and 12 assists in them — but you can check out a full gallery of official images below, and stay tuned to our Sneaker Release Dates page as well for information on a potential restock later this season. 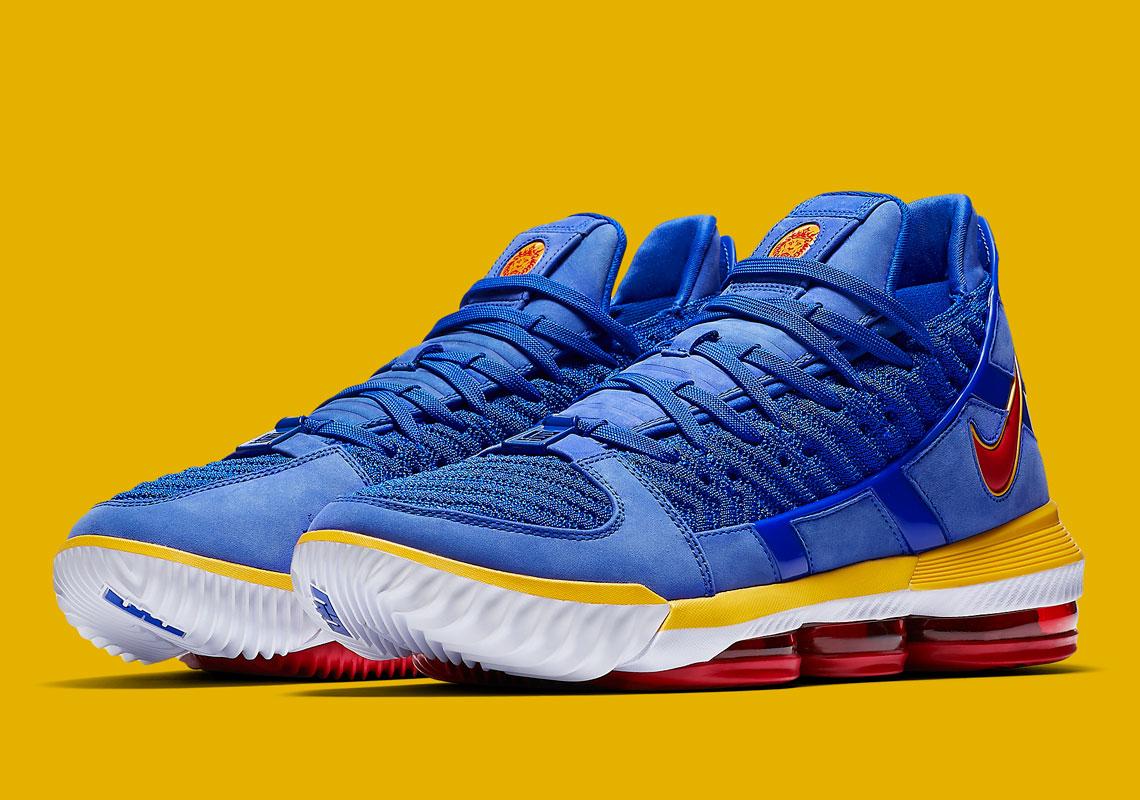 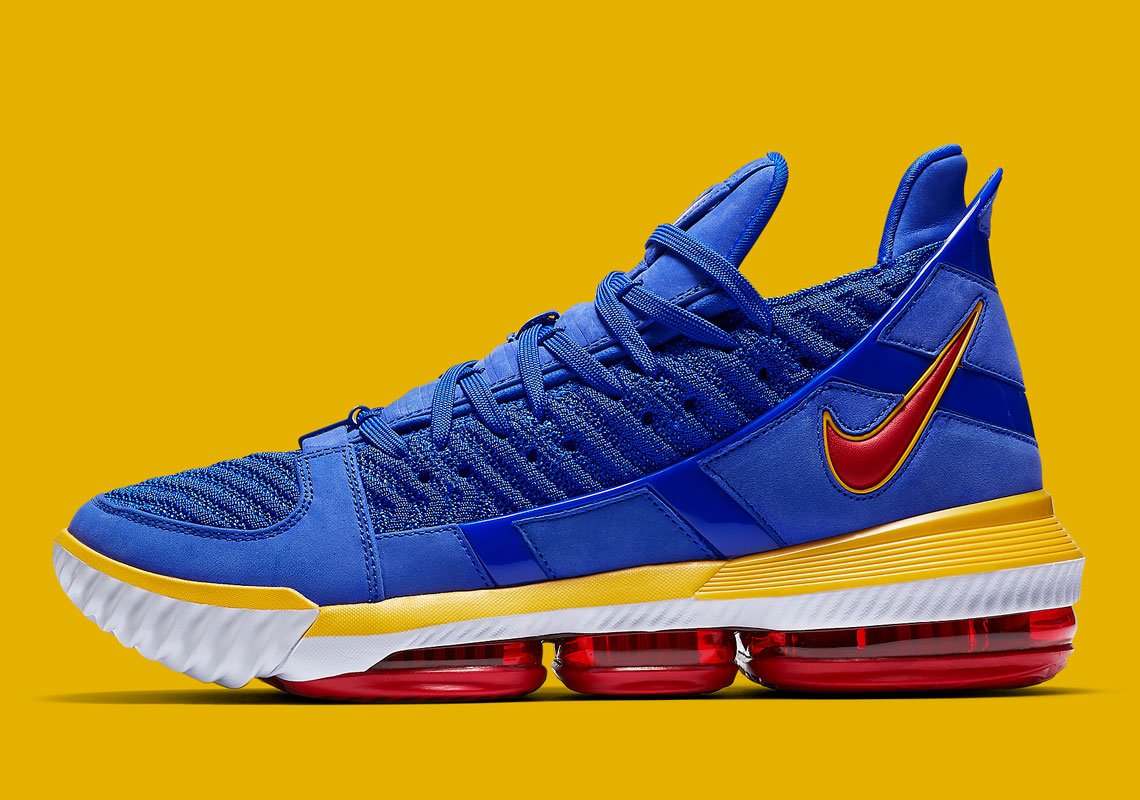 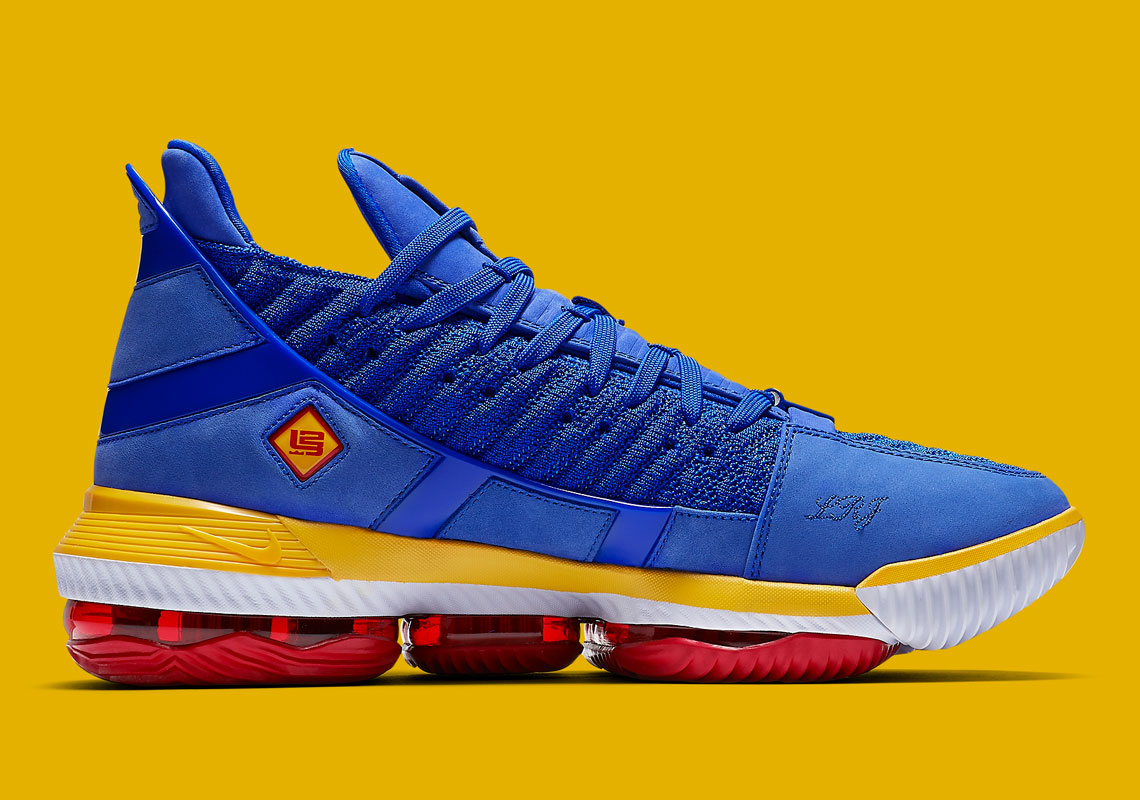 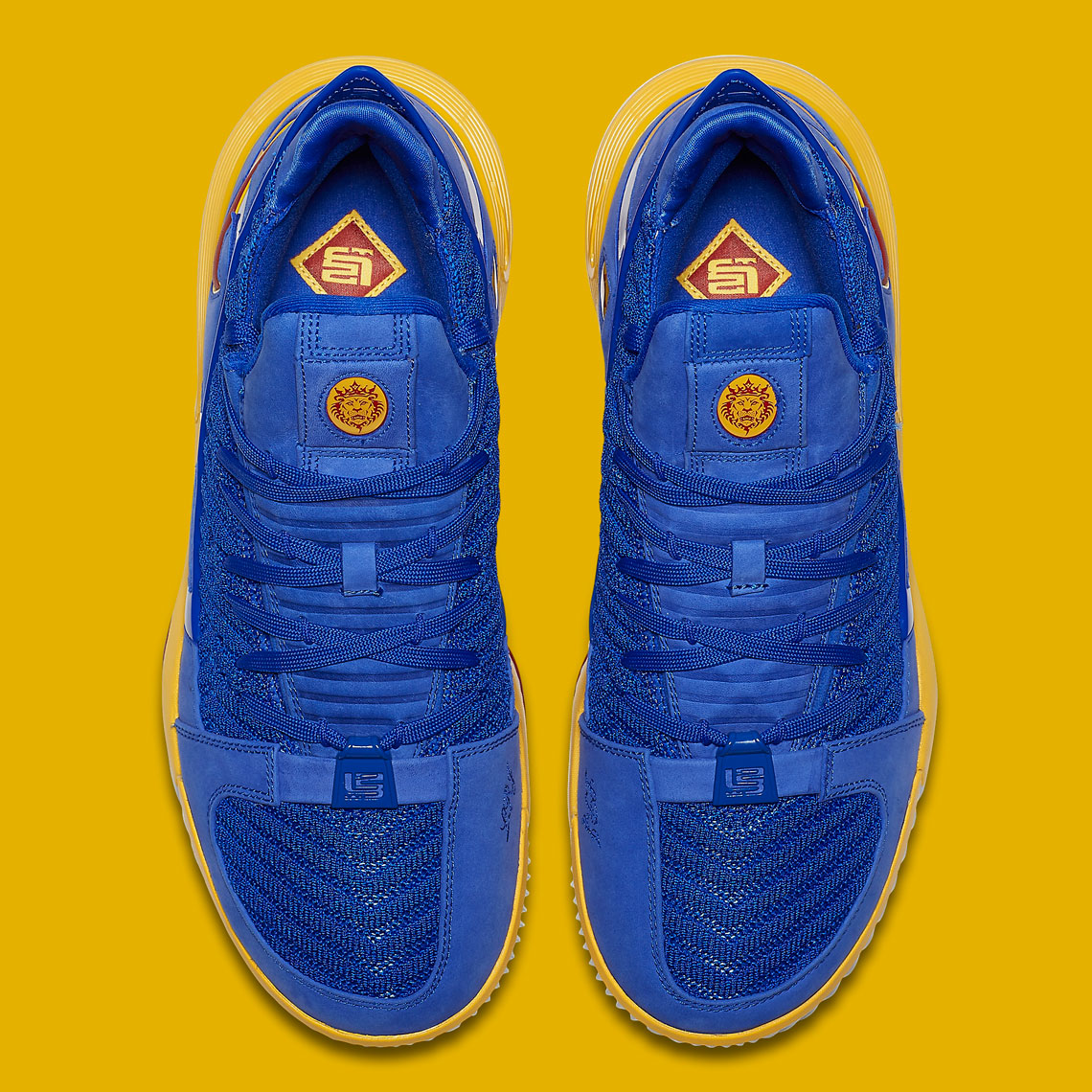 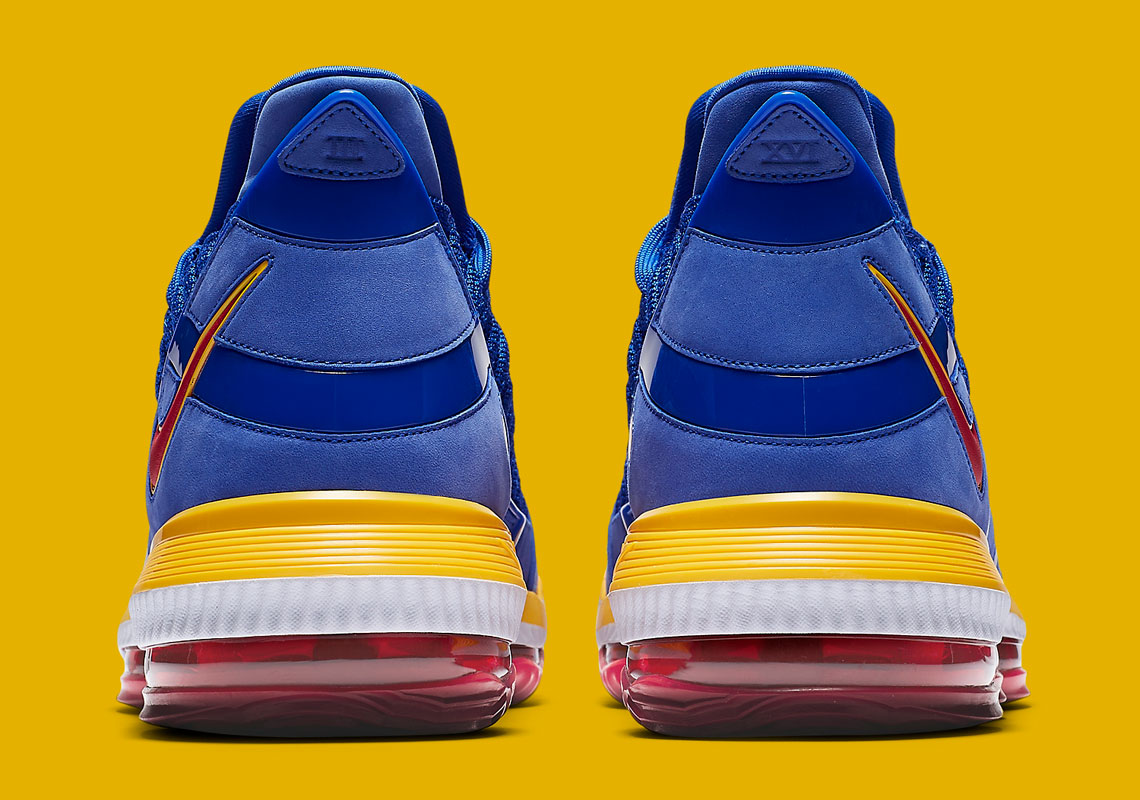 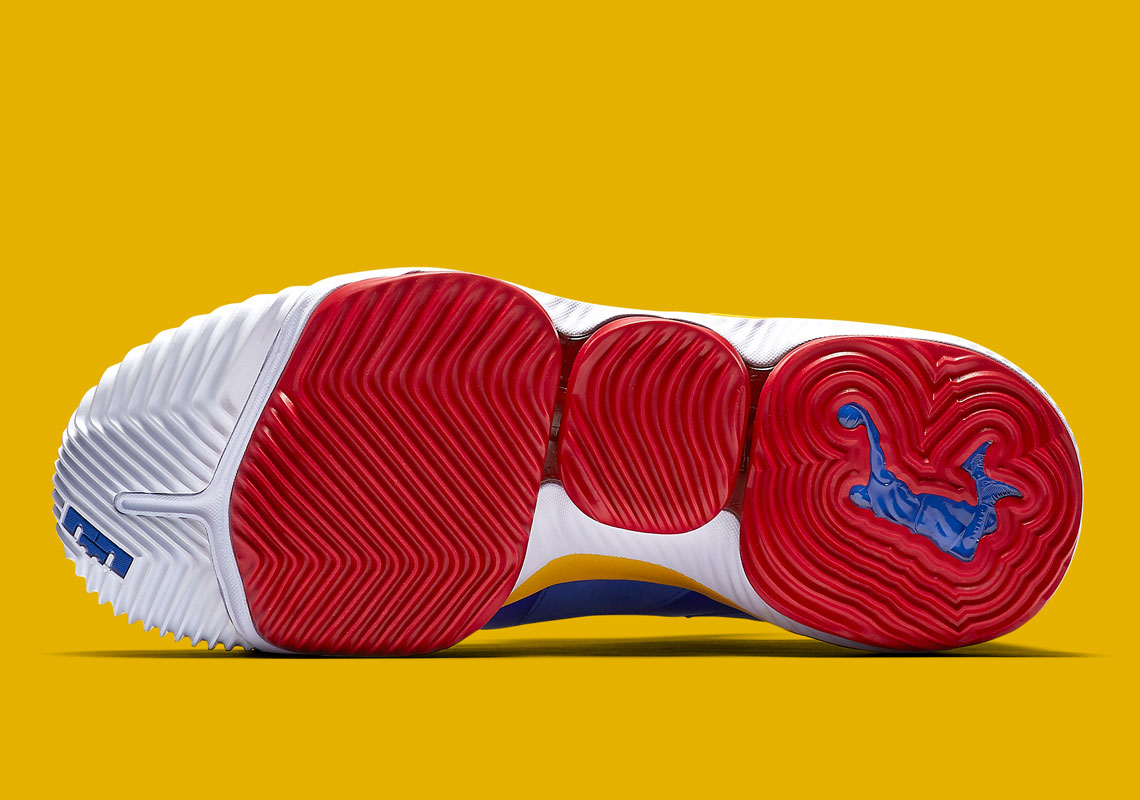