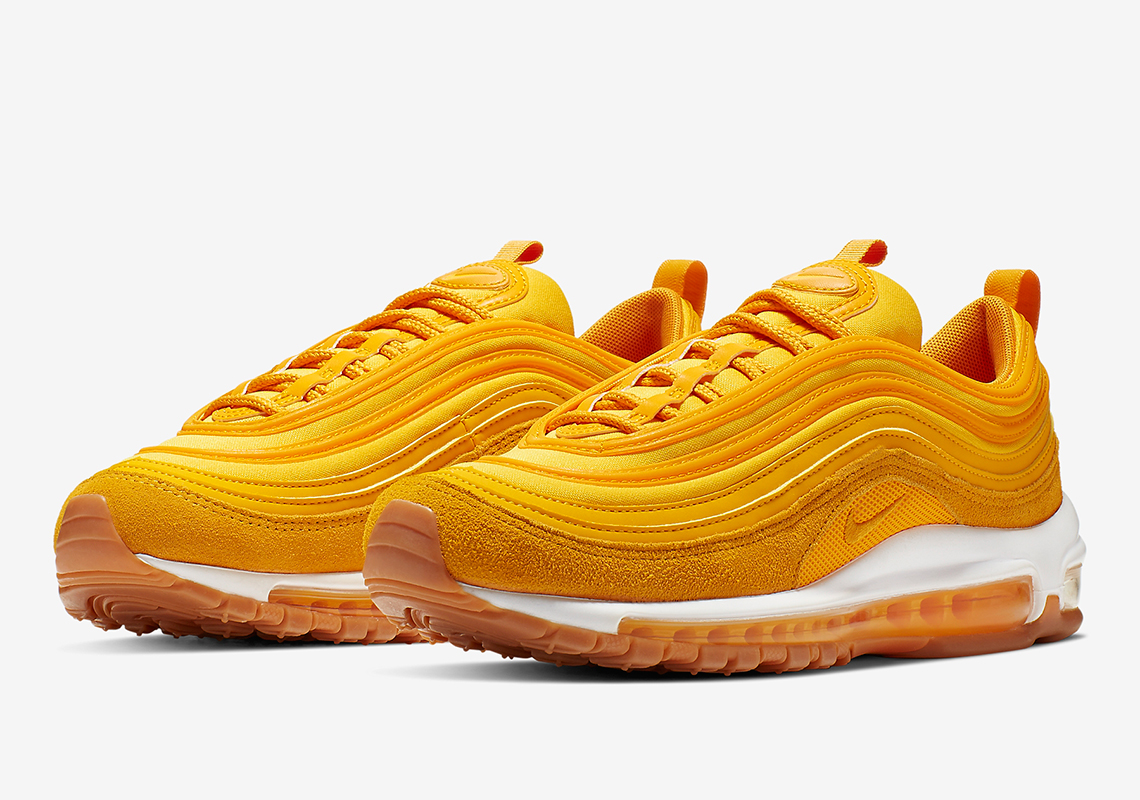 Designer Christian Tresser’s masterful bullet-train inspired Air Max 97 boasts a lofty spot among Nike’s most highly regarded Air Max silhouettes. Still sleek and futuristic in its stylings more than two decades after its original release, the 97 is a critically important part of the Swoosh Brand’s lifestyle slate each and every season, and now it’s appeared in a new women’s-only blend of yellow and gold tones. As the entire upper is drenched in the aforementioned yellows and golds, different materials are used to separate each part: mesh serves as the base, while leather appears on the swooping overlays and a slightly shaggy suede graces the mudguard to lock in the lifestyle look. A white midsole provides a barrier between the upper and the yellow cushioning unit, and the colorway is then rounded off with a clean and classic gum outsole. Check out a full set of official images below, and expect these new Maxes for the ladies to release on Nike.com and at select Swoosh Brand stockists in the coming weeks for $160 USD. 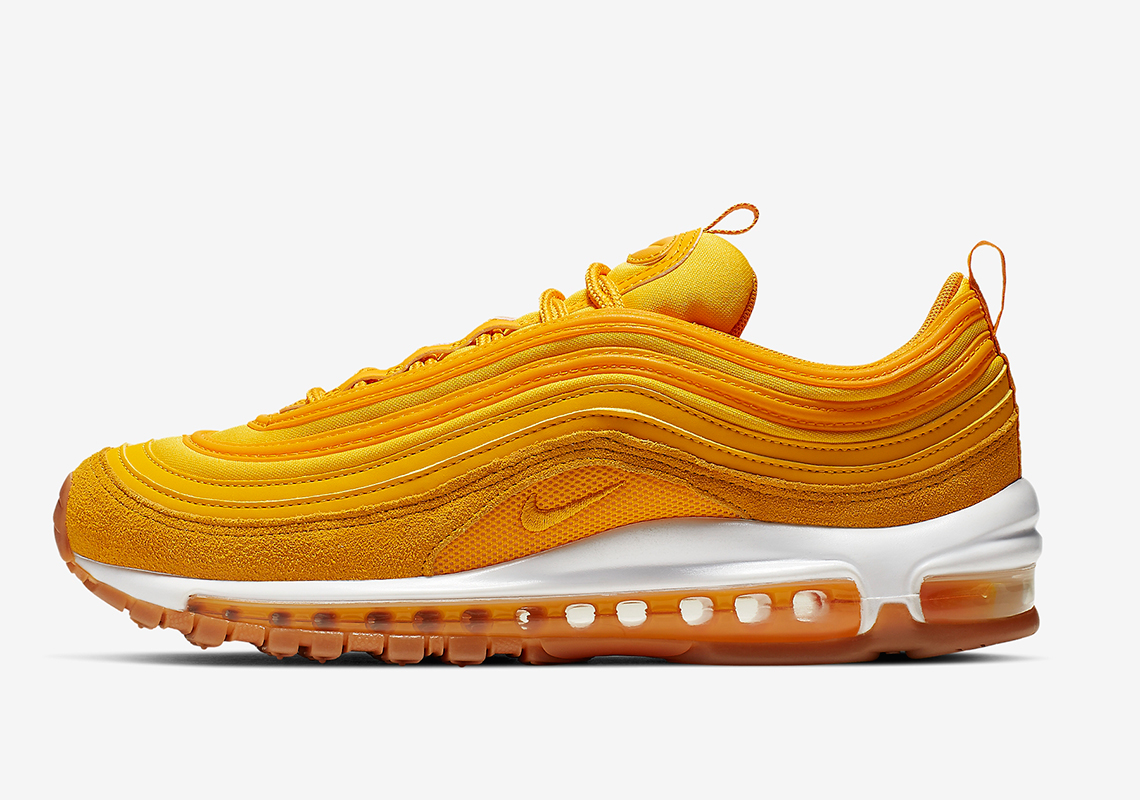 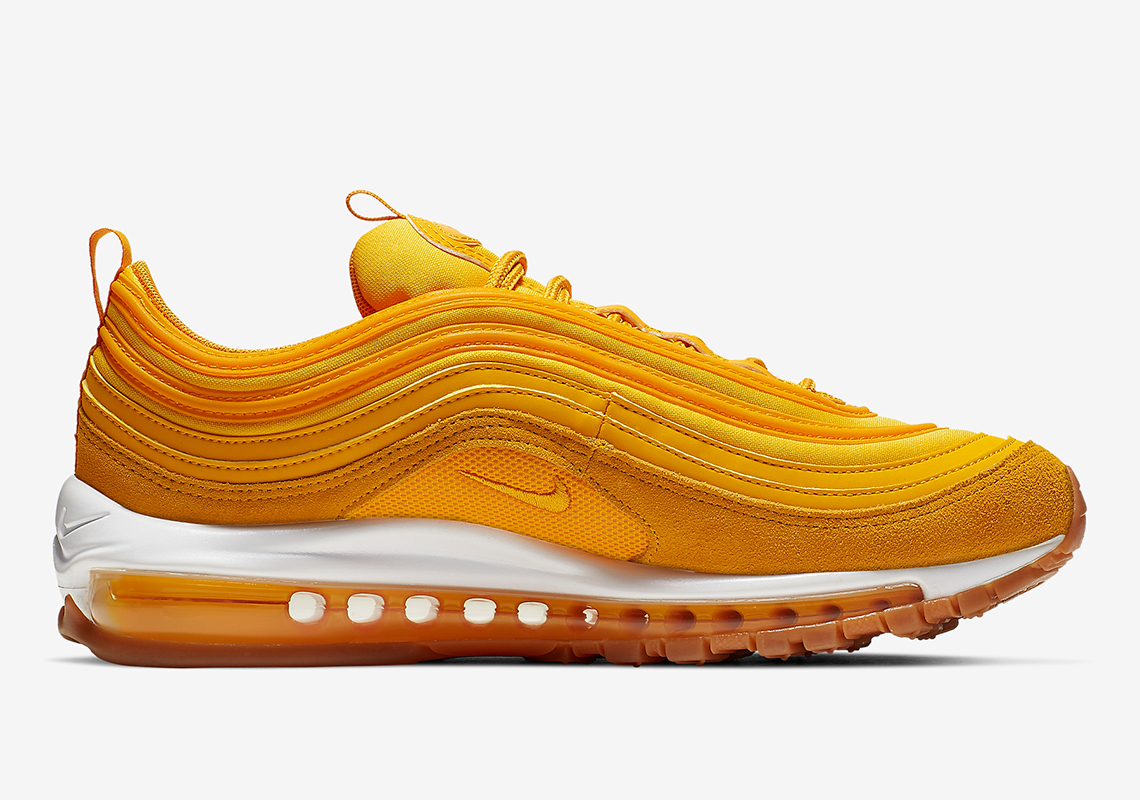 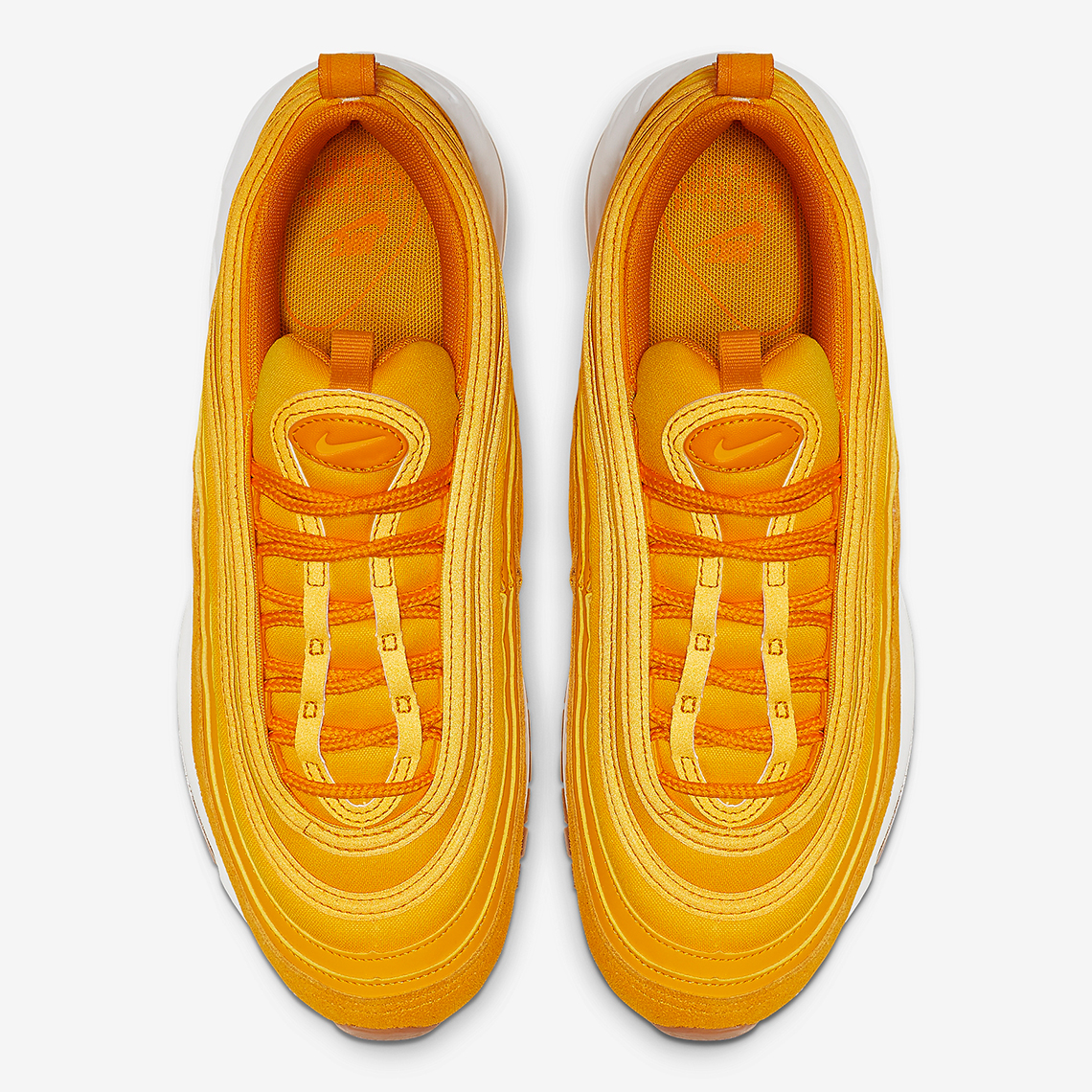 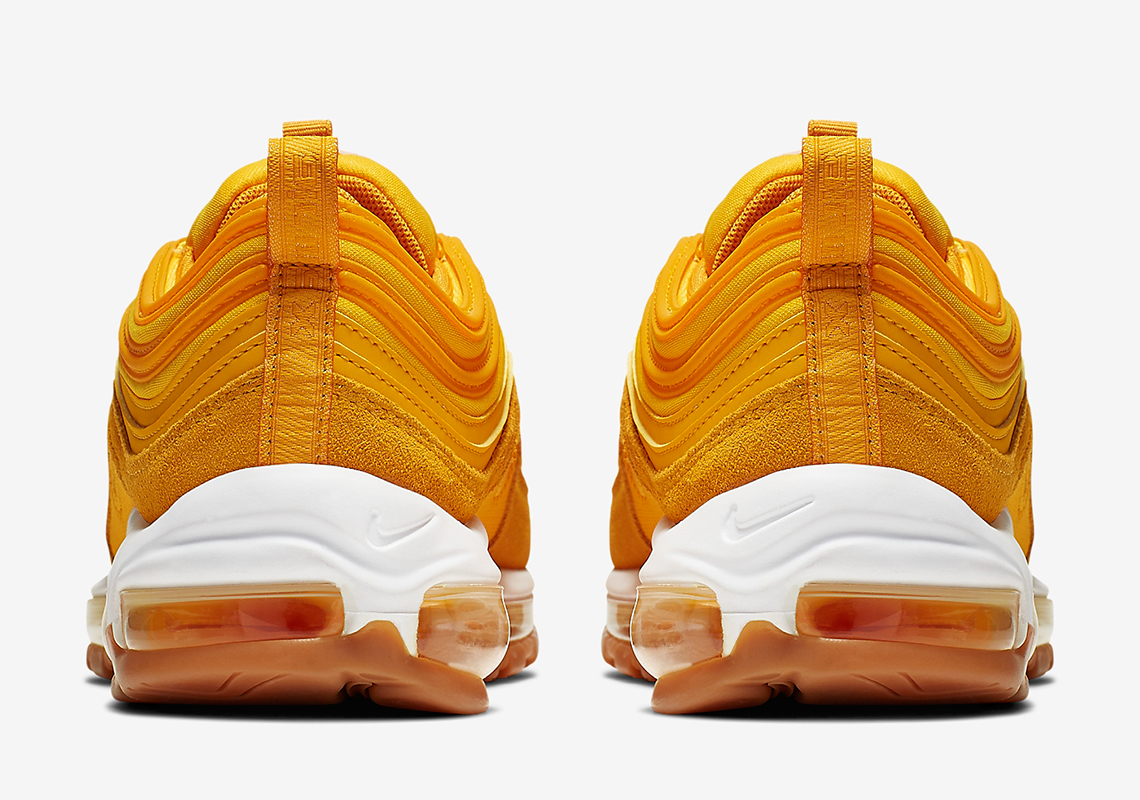 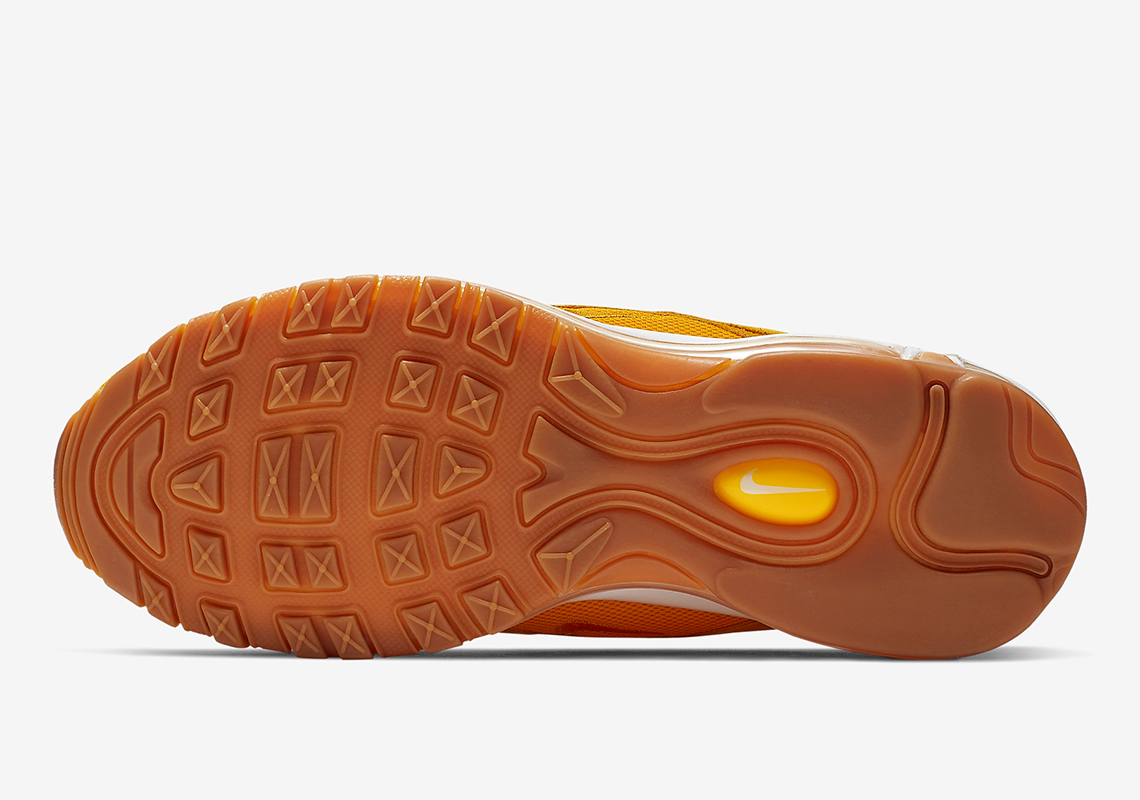