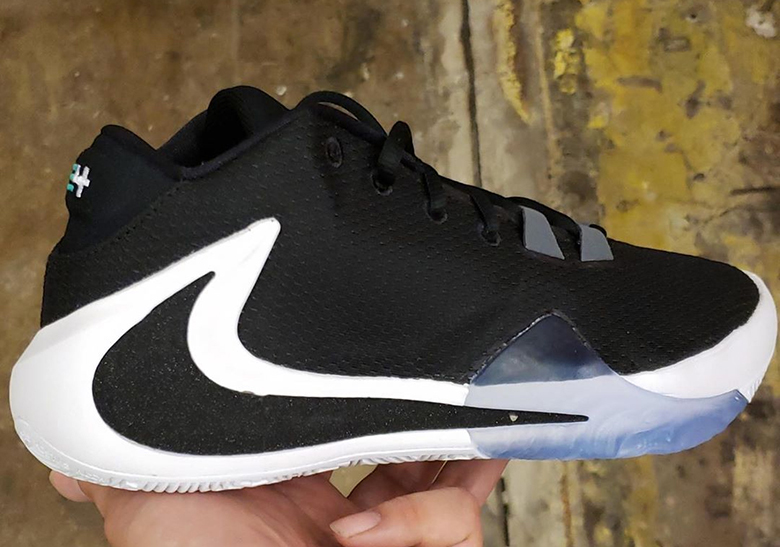 As one of the NBA’s most enthralling stars and a likely league MVP for the 2018-19 season, Giannis Antetokounmpo‘s definitely got it going on, and he’ll now look to make his mark in the world of performance footwear with his new Nike Freak 1, which just surfaced in black/white. The shoe’s most striking design feature is unquestionably its sizeable backwards midsole Swoosh, but closer examination reveals plenty of other interesting details as well. The heel offers a clever “34” logo that both acknowledges Giannis’s jersey number and nods to the horizontal/vertical stripes of the Greek flag for a salute to his home country. Down below, the outsole’s translucent piece features a rose petal pattern, yet another nod to Greek culture as well as a thoughtful homage to the forward’s late father. From a performance standpoint these Nike shoes are no slouch either, offering a 5/8 cut for non-restrictive support and a double-stacked heel Zoom Air unit for responsive cushioning.

Although Nike originally planned to debut the Greek Freak’s new shoes at some point during the NBA Playoffs, those machinations were scuttled by Kawhi Leonard and the Toronto Raptors. However, that unfortunate ending hasn’t cooled down the anticipation one bit, as basketball shoe aficionados and NBA fans alike are anxiously awaiting their debut. They won’t have to sit on their hands much longer either, as this colorway of the Freak 1 is set to debut on July 10th for a reasonable $120 USD price point. Enjoy an early look below, and stay tuned for more info on this compelling silhouette as it’s available. 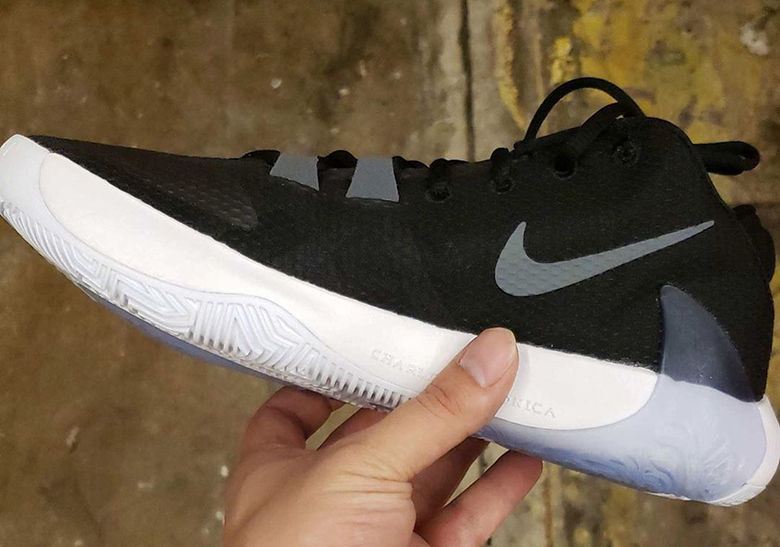 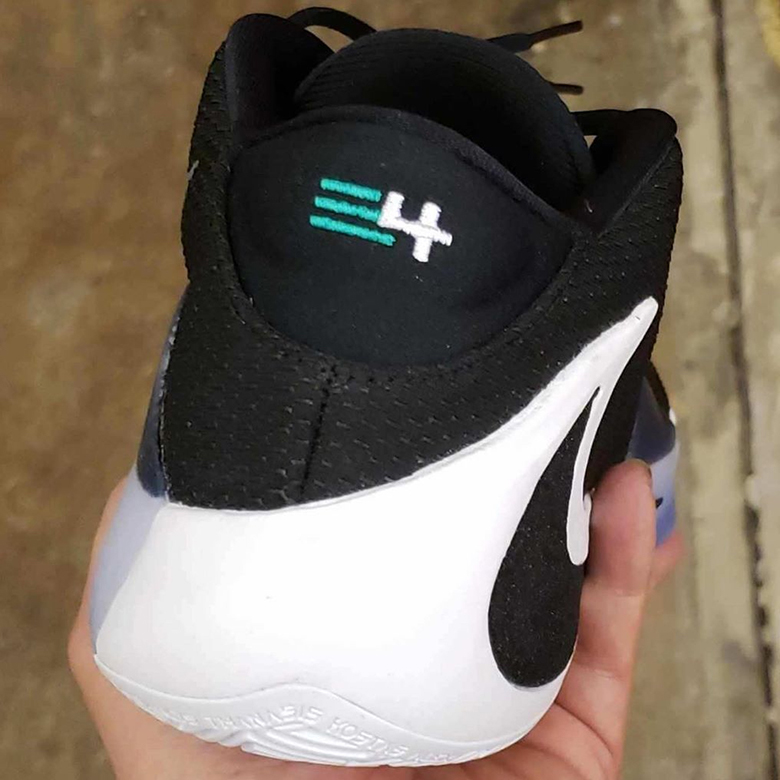