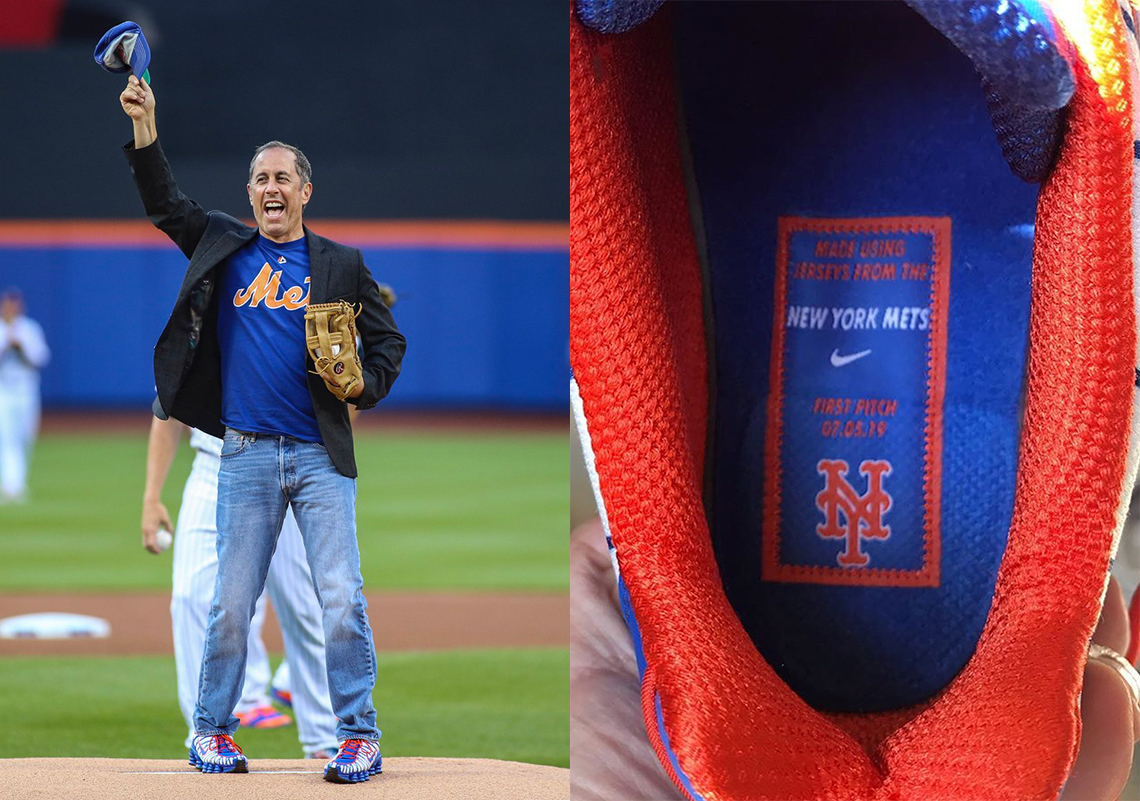 The word “influencer” may be a tired term thrown around carelessly in the world of social media, but Jerry Seinfeld been had Nikes since before he was…Jerry Seinfeld. The true OG of the norm-core movement, the Queens-bred comedian has been sporting what may be an unmatched rotation of Nike basketball/training/running/tennis since the 1980s while staying true to his love for Shox long before guys like Neymar and Skepta were getting their spins. A lifelong New York Mets fan, Jerry was honored with the ceremonial first pitch duties on the July 5th game, coming through dropping in what appeared to be a special make-up of the Nike Shox TL. This wasn’t much of a surprise considering Nike’s been personally supplying him with Shox for years.

Today on Instagram, Jerry snapped a photo of the interior patch on the insoles, revealing that these shoes were made from actual New York Mets player jerseys. Quit the timely ‘gram considering the Metropolitans of Flushing, Queens are the talk of baseball. They’re the hottest team since the All-Star break and are making a serious push for the Wild Card and possibly a division crown.

These are the shoes Nike made for me to throw out my amazing first pitch and meet Pete Alonso! I wore special shoes for the ‘15 run. Feeling it! Let’s go again!!

Thanks to @Nike for my special First-Pitch Mets’ Shoes. #pitchingfromtherubber #thatisaatrike 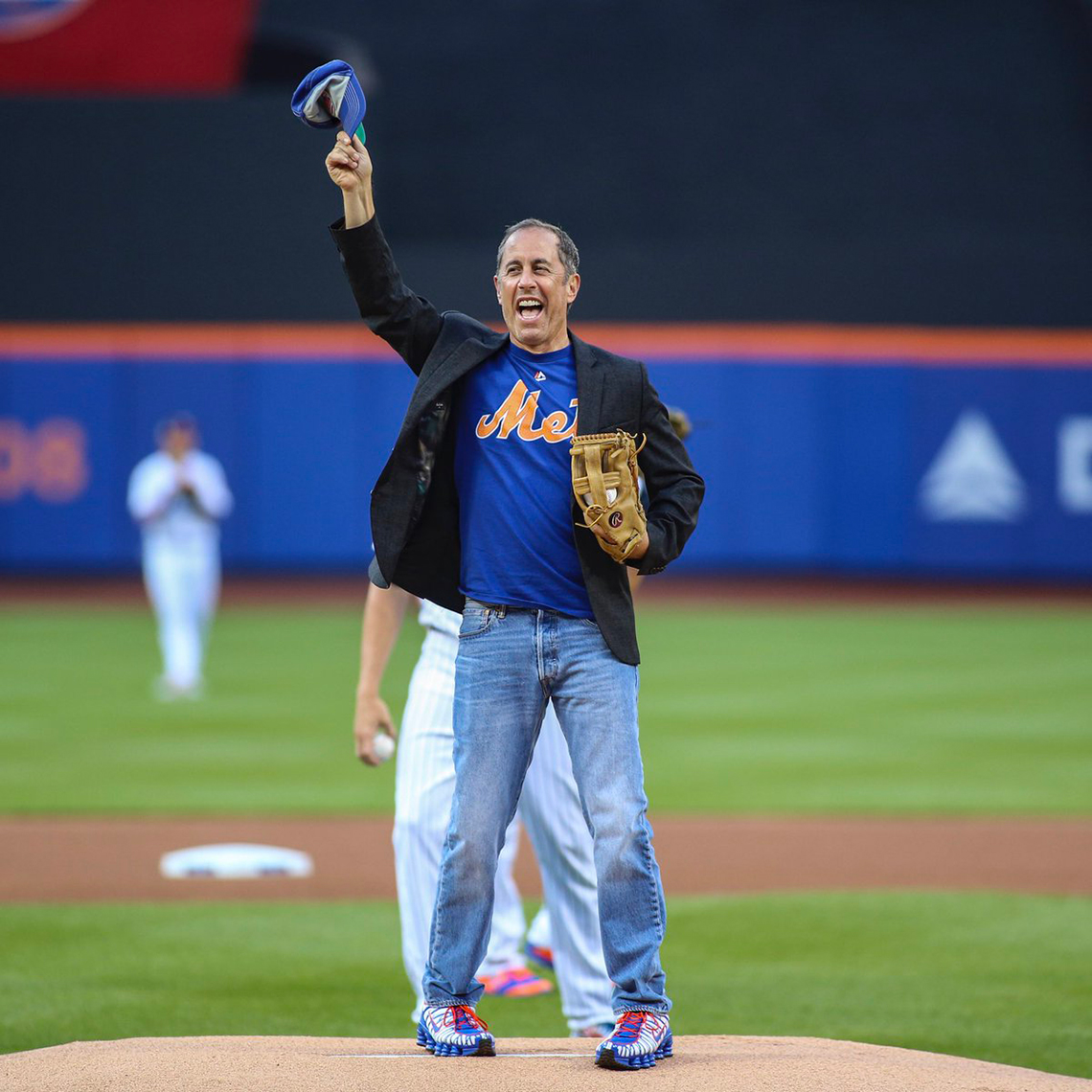 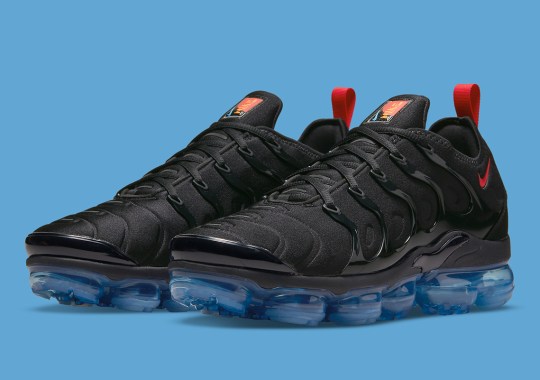