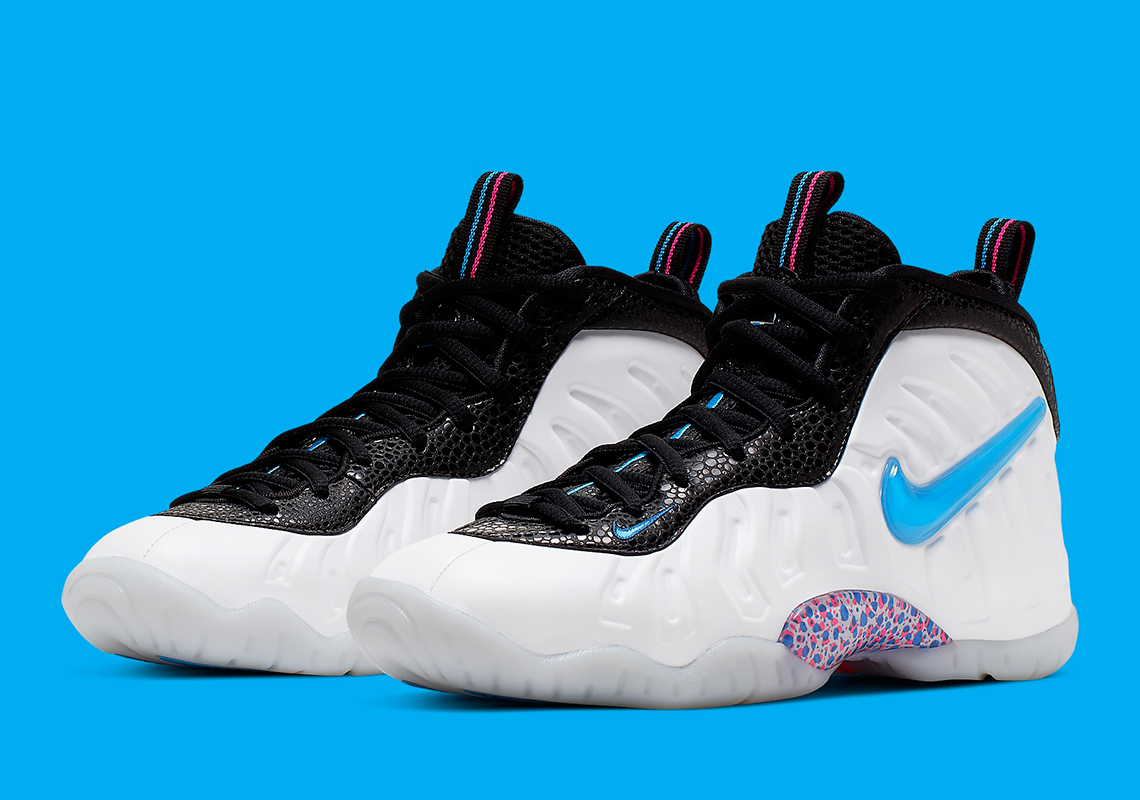 Nike’s ever-popular Air Foamposite Pro has released in many a kids-exclusive colorway since it first debuted in 1997, and the latest small-size “Little Posite” styling to grace these classic Nike shoes is a colorful 3D safari-style print. A sheer white coats the textured upper and serves as a buffer between two different iterations of Tinker Hatfield‘s popular pattern: a stark tonal black on the eyestays and a bold 3D mix of orange and blue that replaces the normal carbon fiber detailing on the midfoot plate. 3D glasses on the tongue and layered red/blue swooshes on the heel call to mind thoughts of the kids-sized Air Force 1 “3D” that appeared earlier this summer. More aqua blue Swooshes then adorn the rest of the upper — large on the quarter and small on the eyestays. Down below, a milky opaque outsole finalizes the look. Kid-sized Foams retail for $180 USD, and you can expect a release that runs all the way down to crib shoes on August 24th. Enjoy a first look right here and keep it locked for more info as it’s available. 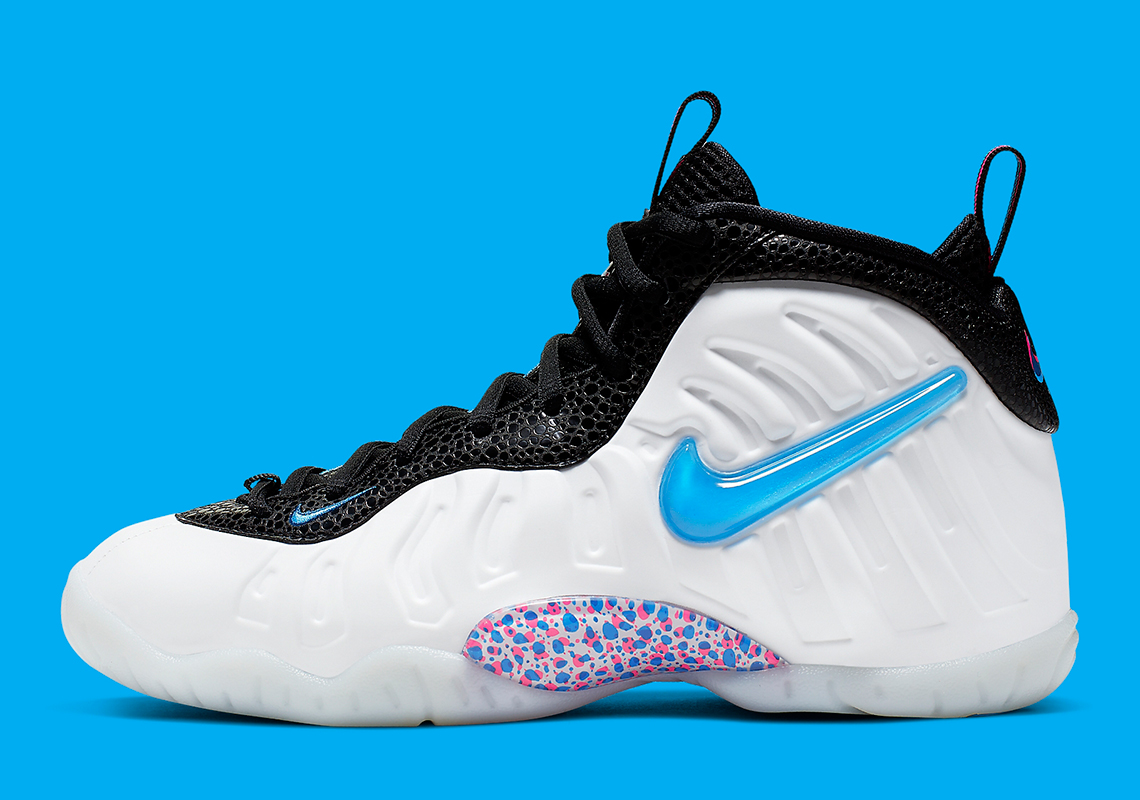 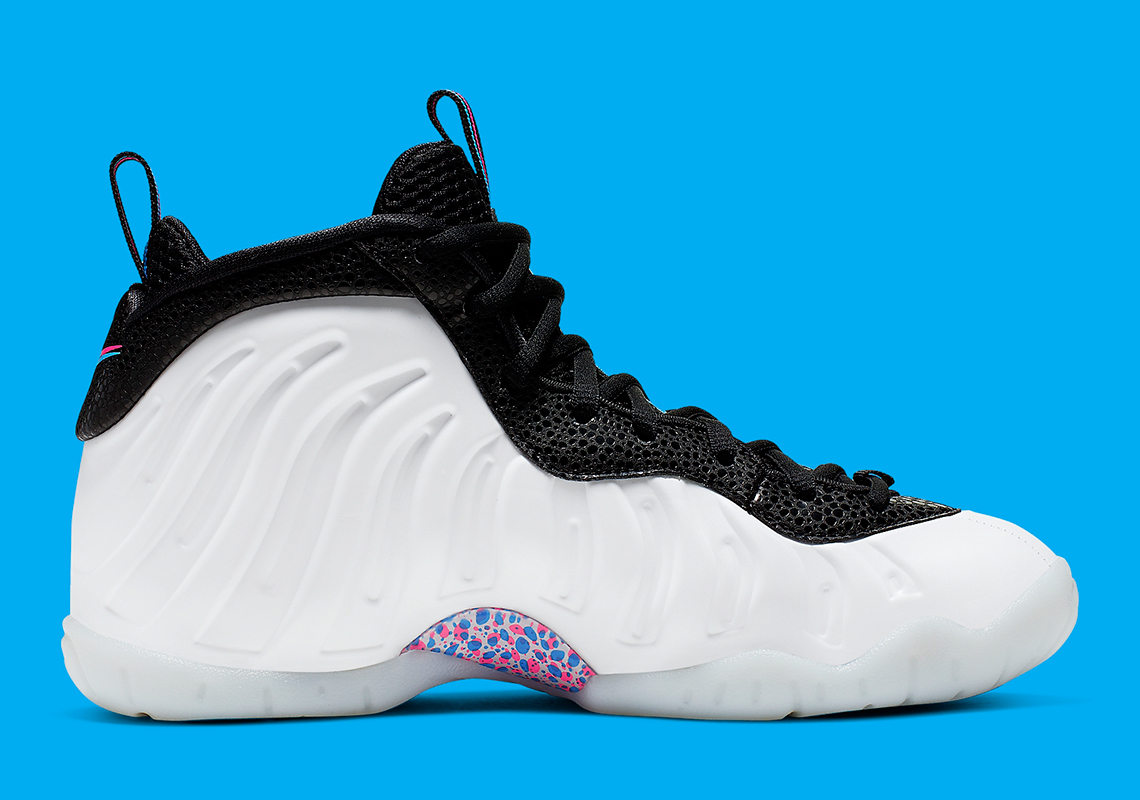 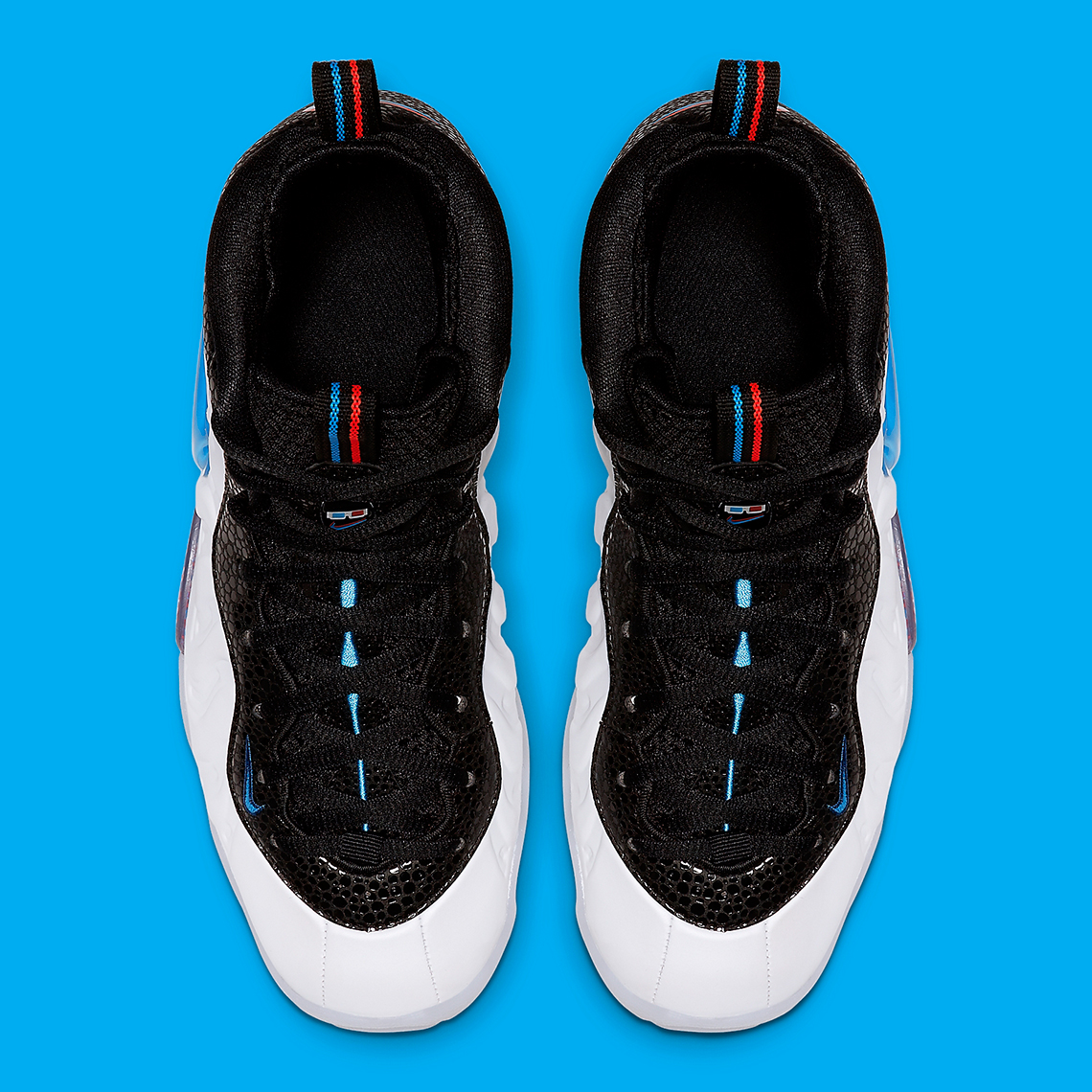 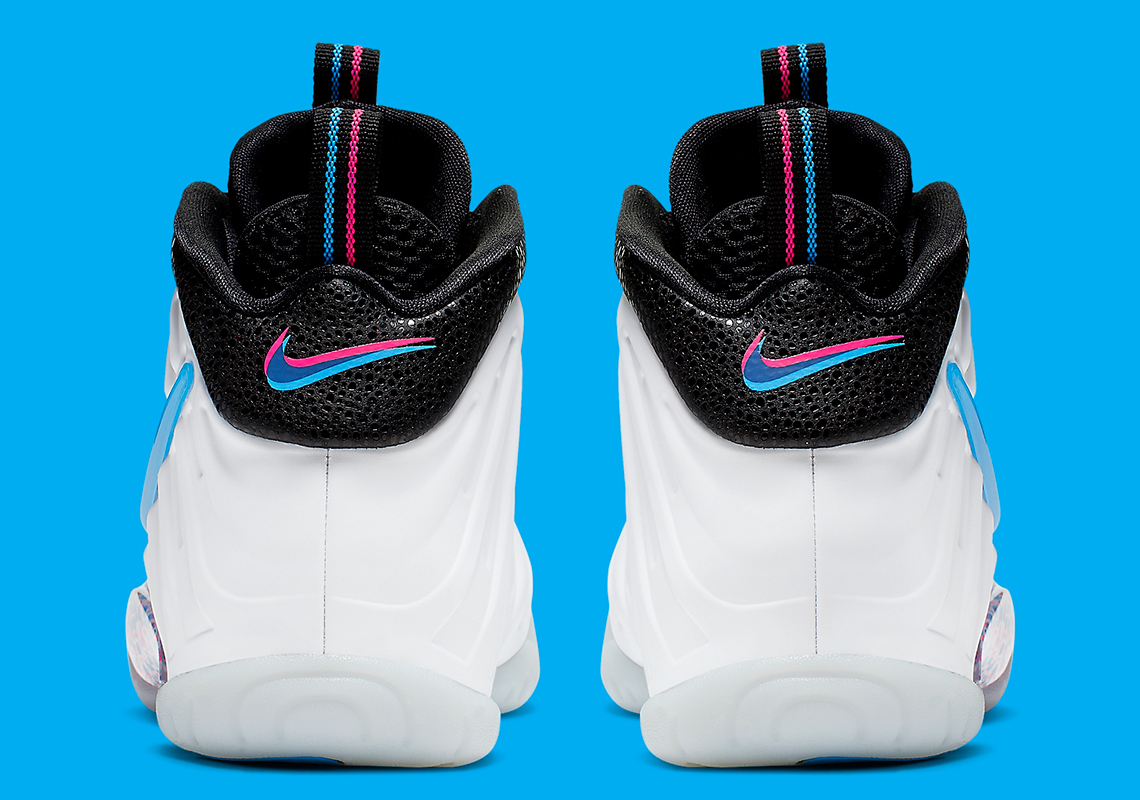 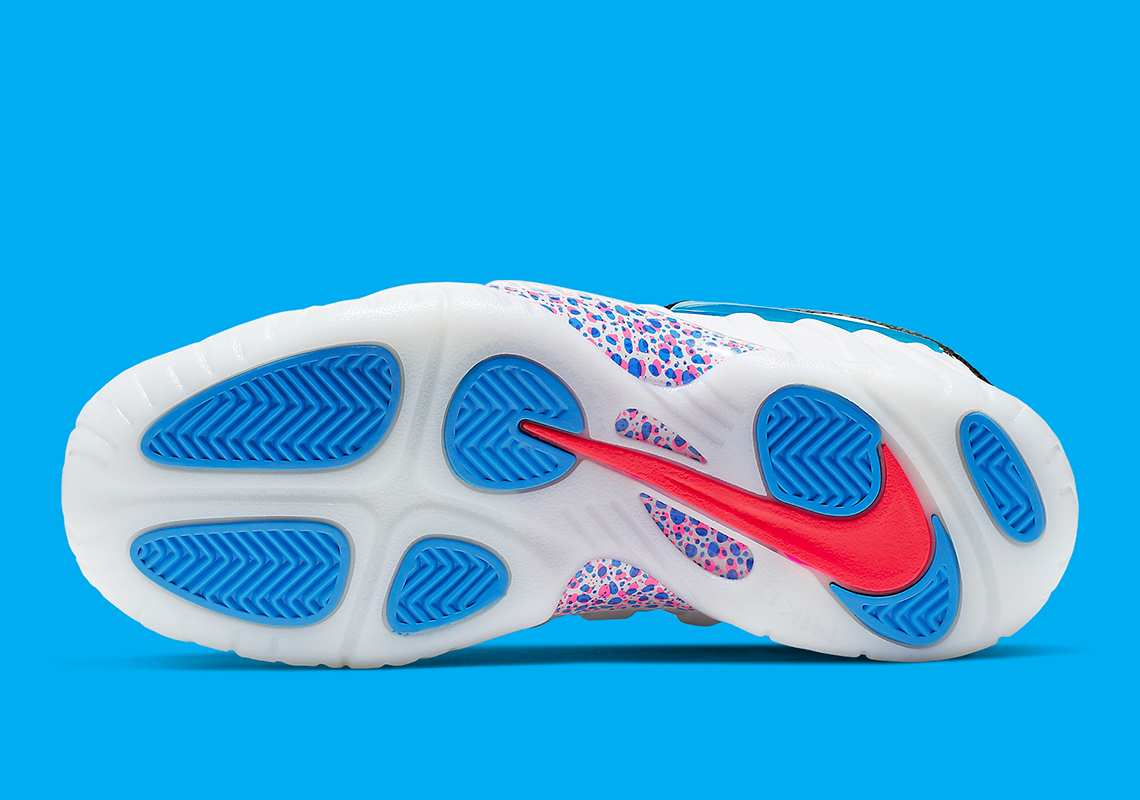