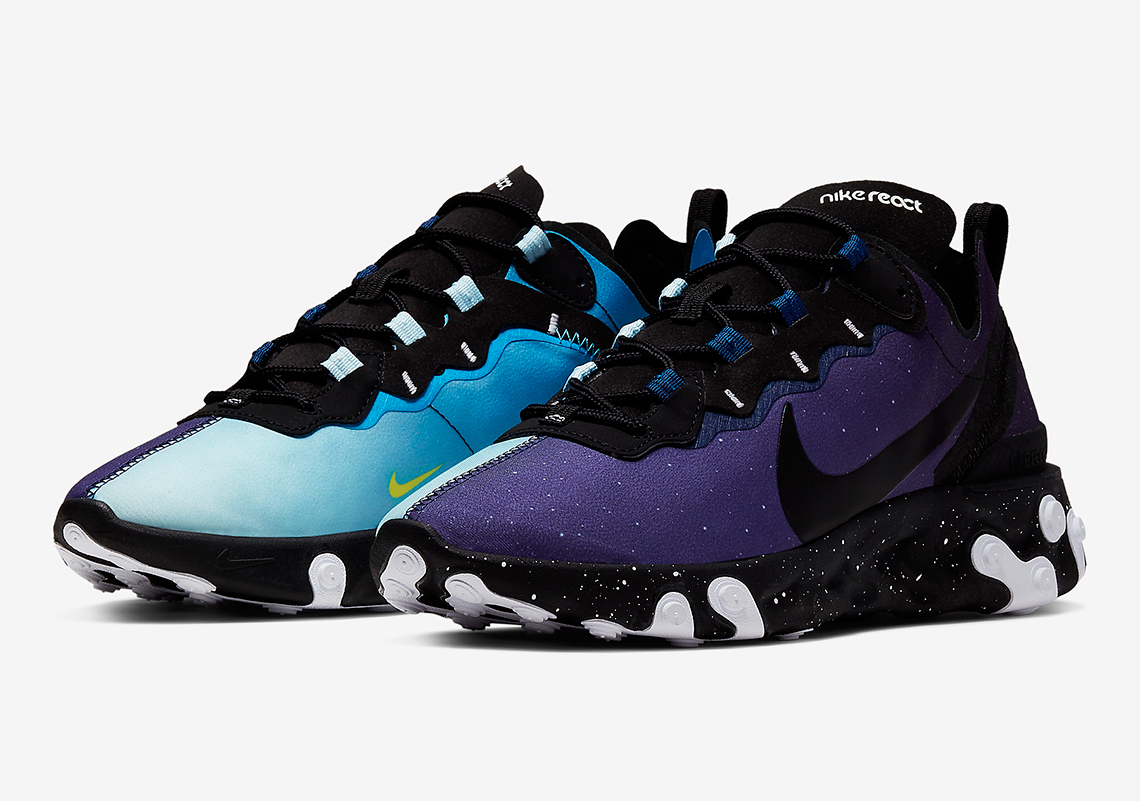 The React Element 55 has been painted up in nearly every possible colorway under the sun and the moon, but Nike’s unleashing an impressively executed concept that communicates the color story down to a tee. Featuring an alternating color-blocking scheme, this React Element 55  “Day And Night” reflects both phases of the day with a bright clear blue sky with a miniature yellow Swoosh acting as the sun and a midnight purple dotted with a galaxy of stars. The solid black React element sole is also speckled with the bright dots as the horizon reaches in the darker space, while the contrasting white rivets could be interpreted as the cratered surface of the moon. You can find these at the Nike retailers listed below right now. 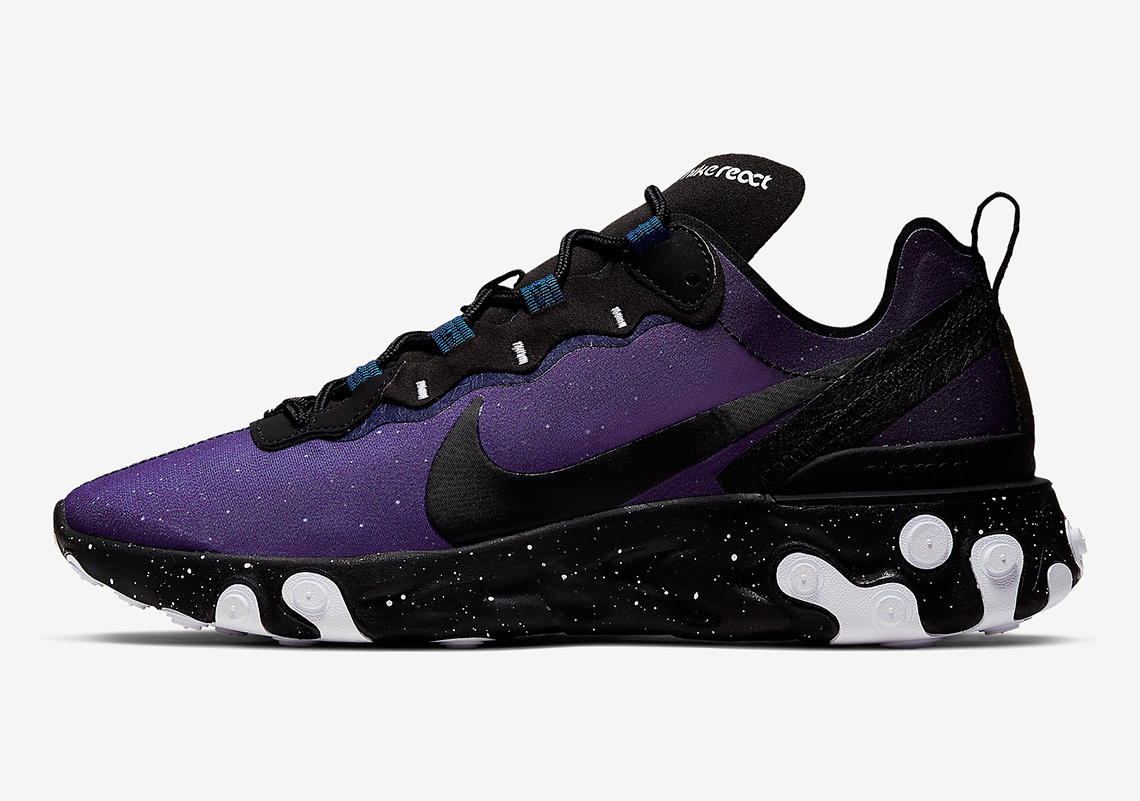 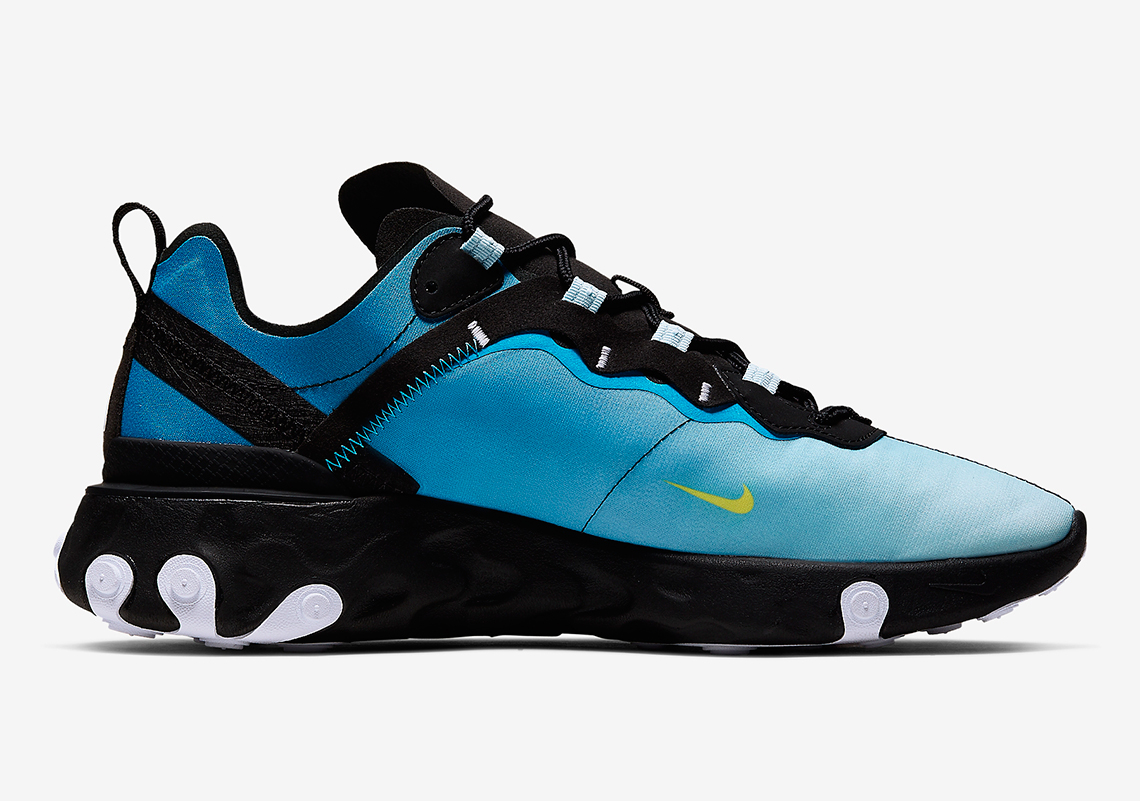 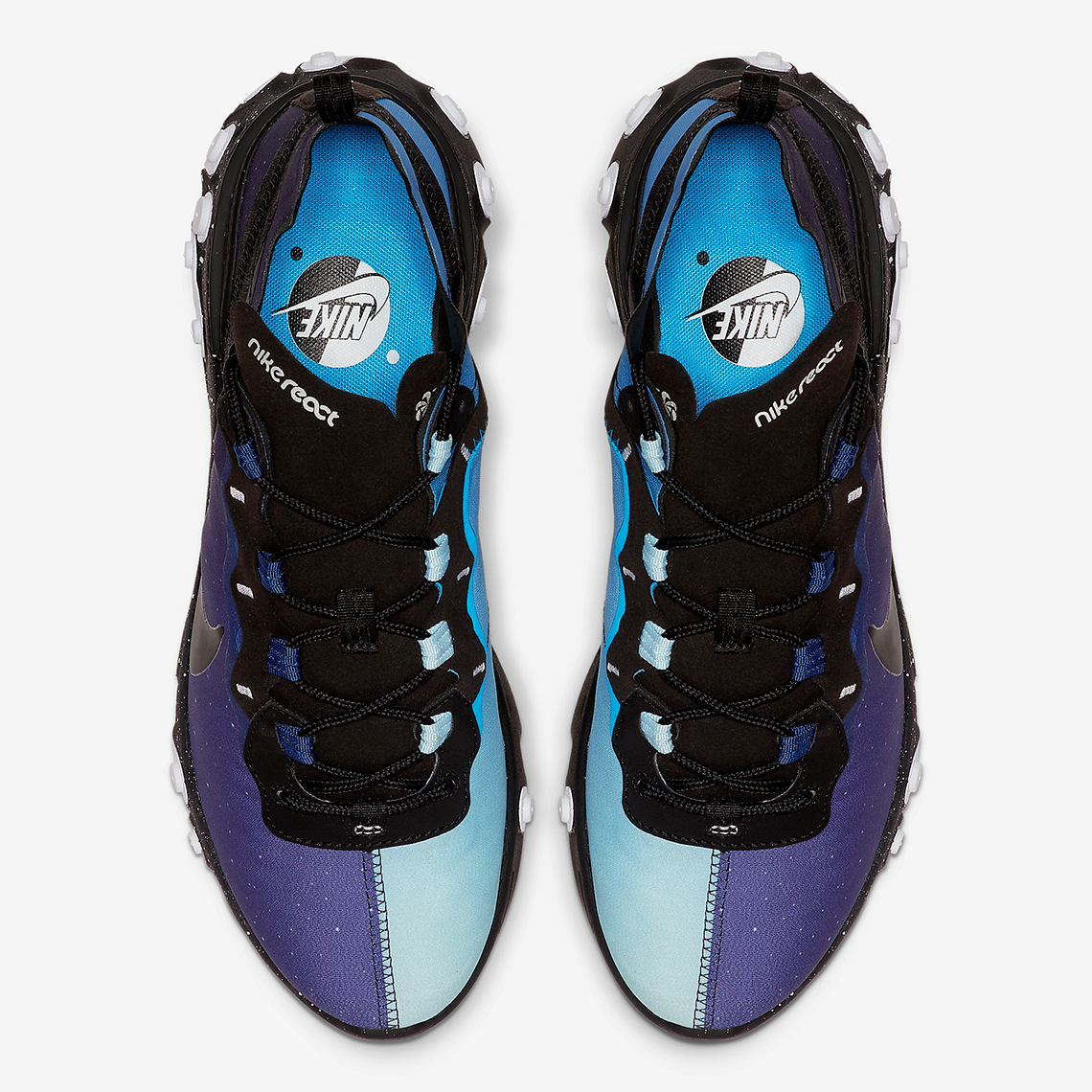 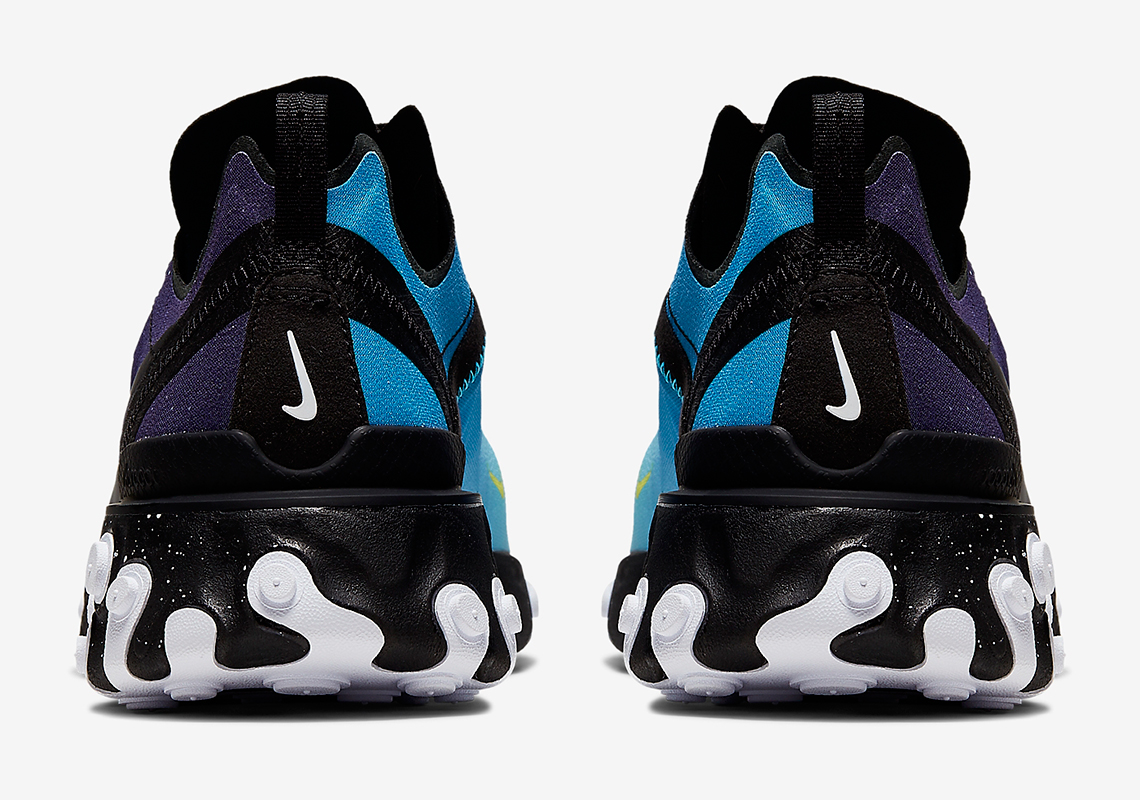 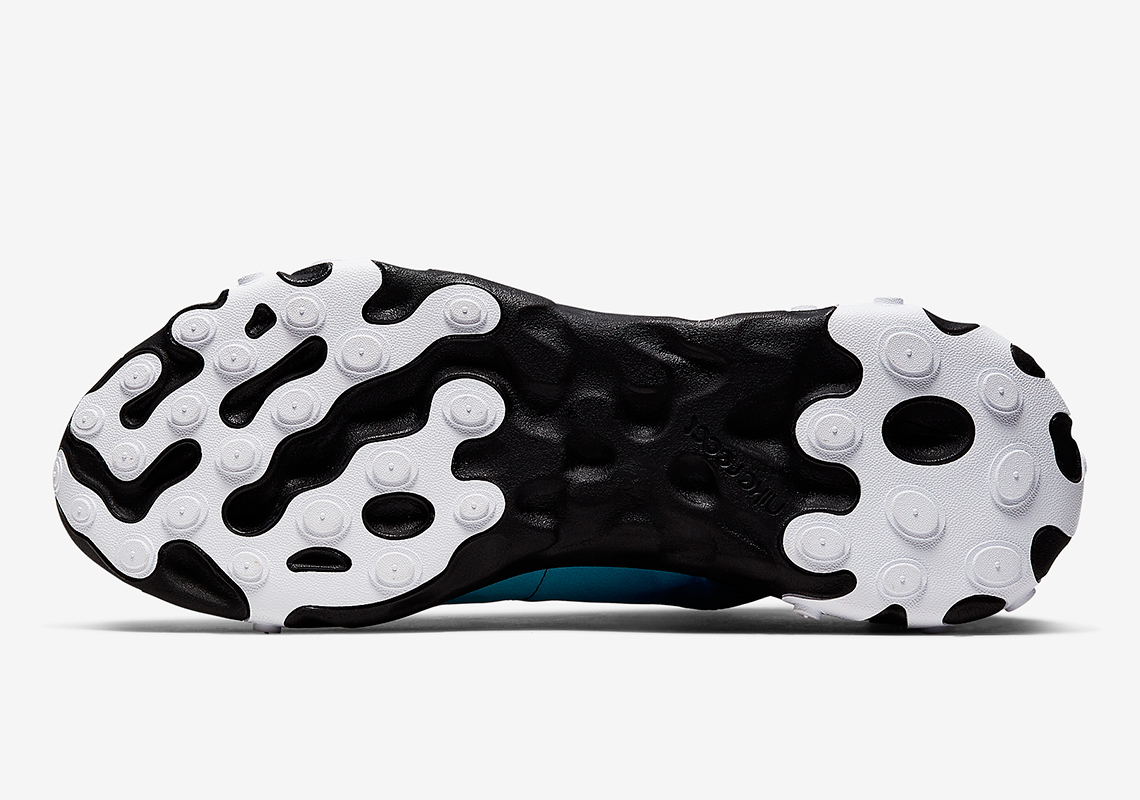