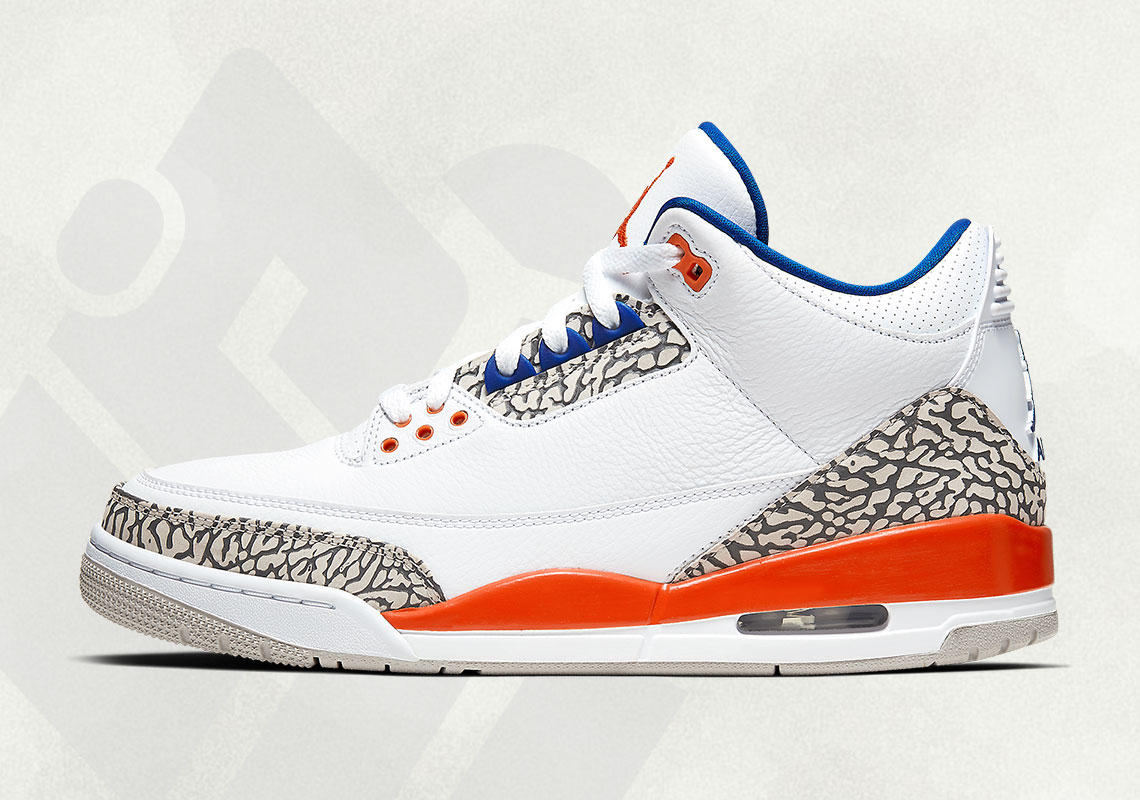 Where To Buy The Air Jordan 3 “Knicks”

Michael Jordan’s love of the spotlight during his playing career was well-known, and outside of his hometown United Center, nowhere provided a brighter one than marquee Madison Square Garden matchups against the New York Knickerbockers. Now, Jordan Brand is paying homage to MJ’s longtime adversary with the new Air Jordan 3 “Knicks.” The shoe features a recognizable white, blue, and orange color scheme that’s perfectly in line with the Knicks’ uniforms, which is then accented with signature elephant print on the heel, eyestays, and toebox. Although the outwardly visible parts of these Air Jordans are undeniably striking, the most noticeable detail arrives on the inner tongues, both of which boast a “4/8/88” tag. This nods to the date of MJ’s “Virus Game,” during which he gave the Knicks 40 points under the bright lights of MSG, all while wrestling with a troublesome stomach bug. A thoughtful piece of history that’s sure to delight Bulls and Knicks fans alike — albeit for vastly different reasons — you can expect these AJ3s to hit the retailers listed below on September 14th for $190 USD. 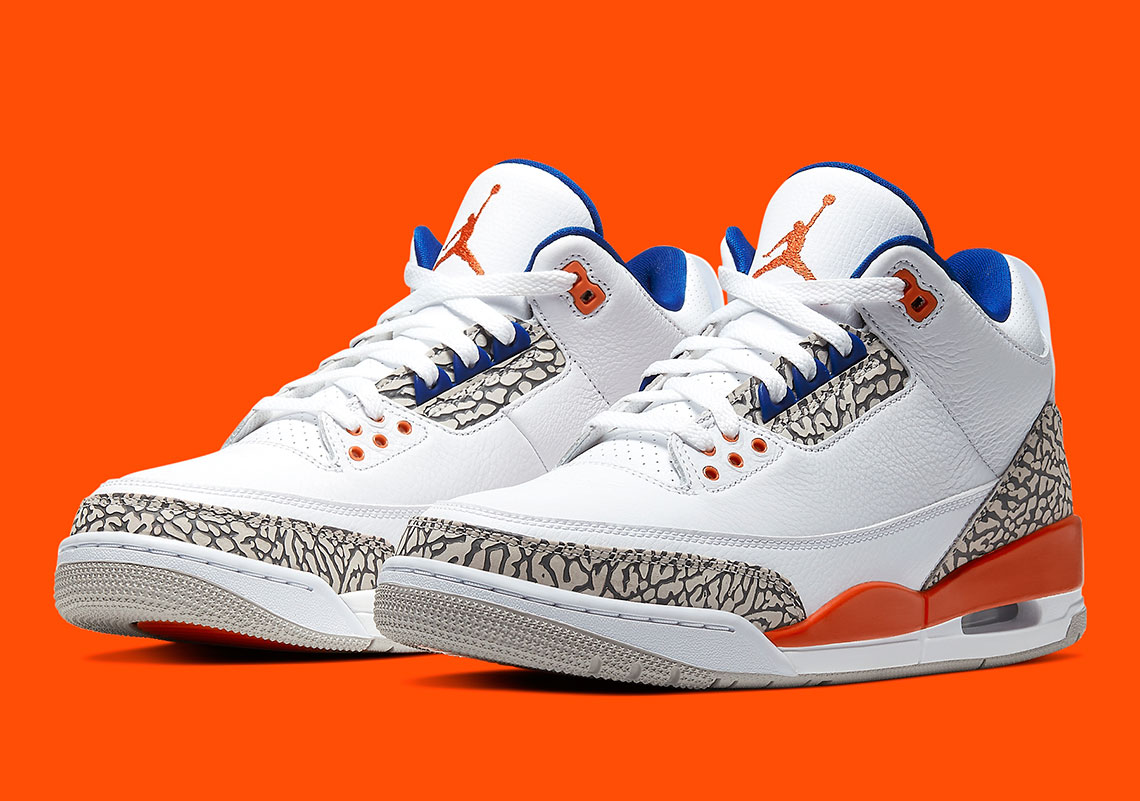 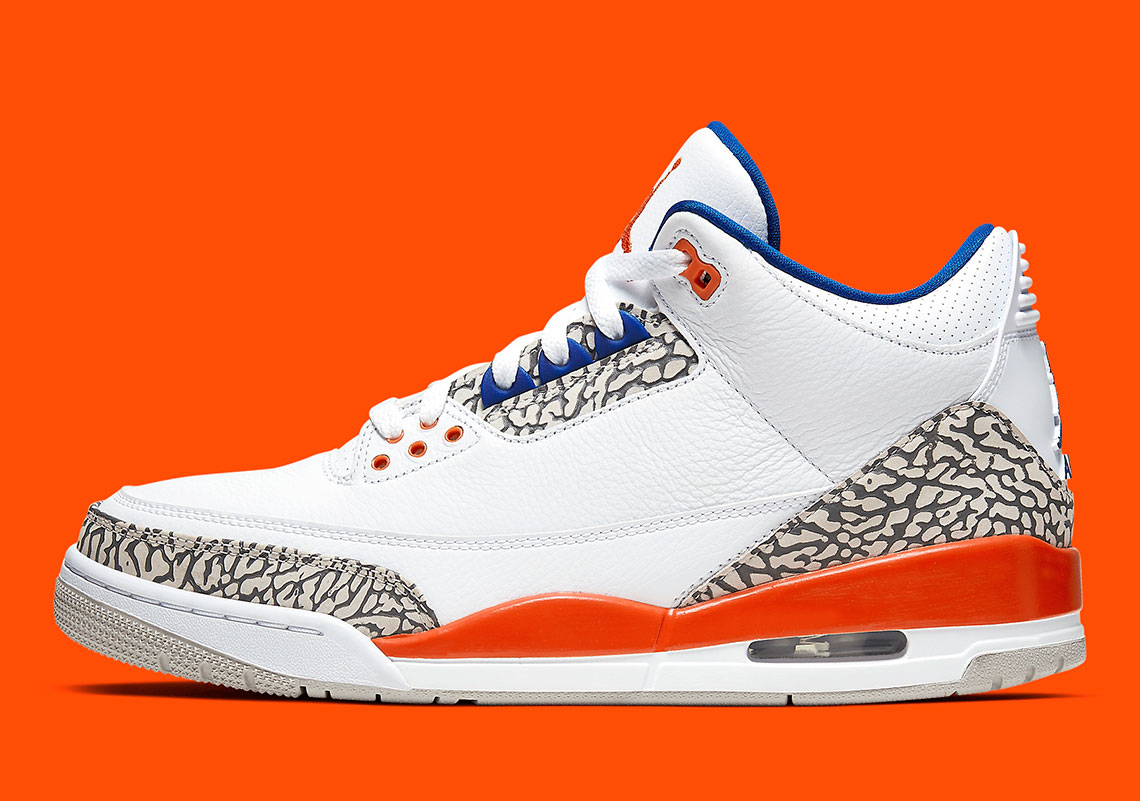 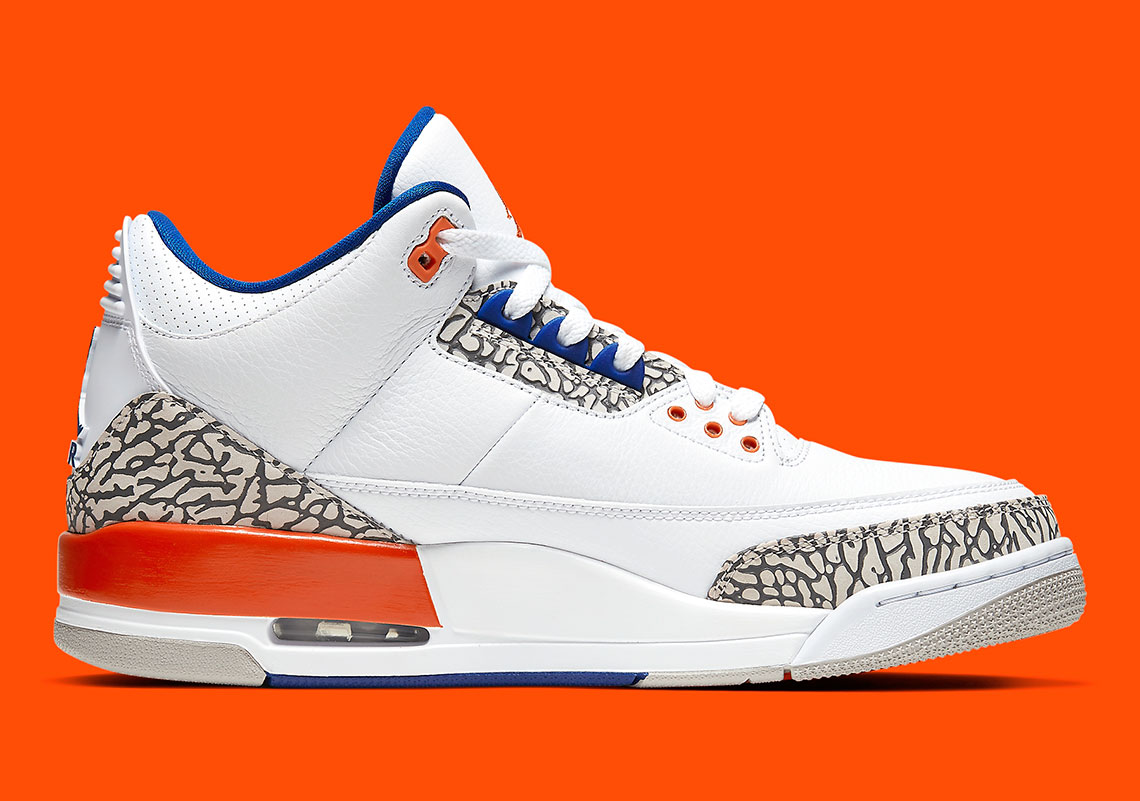 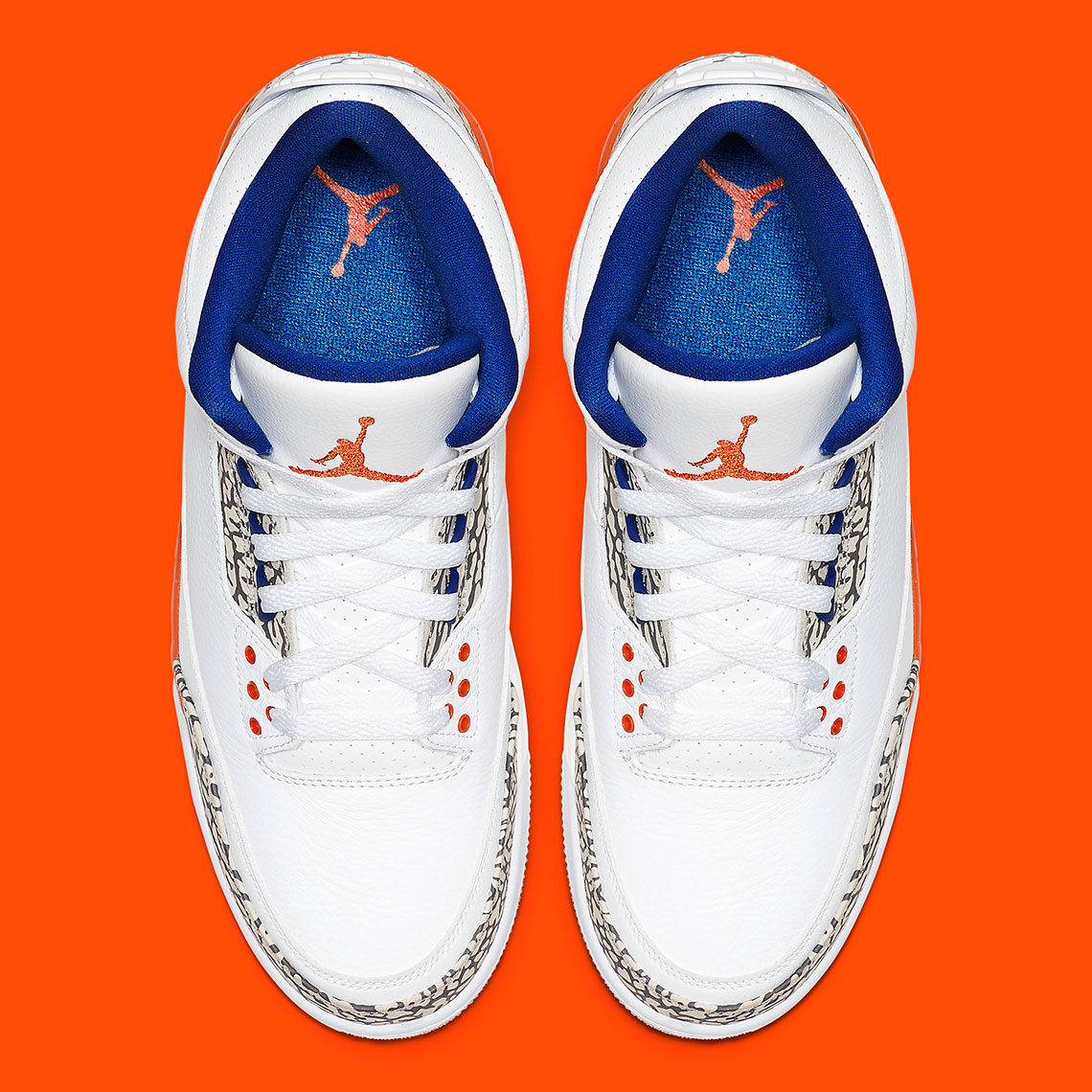 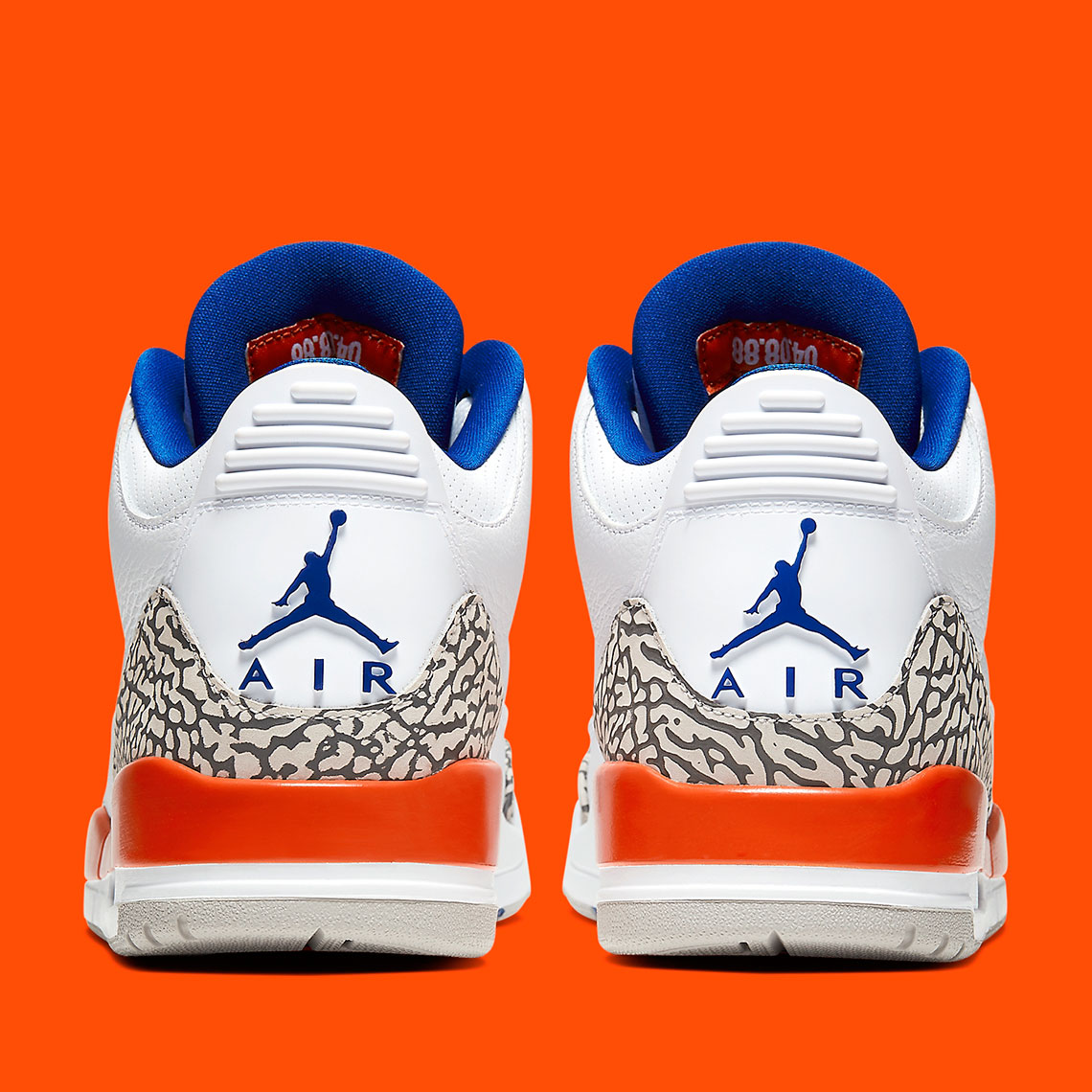 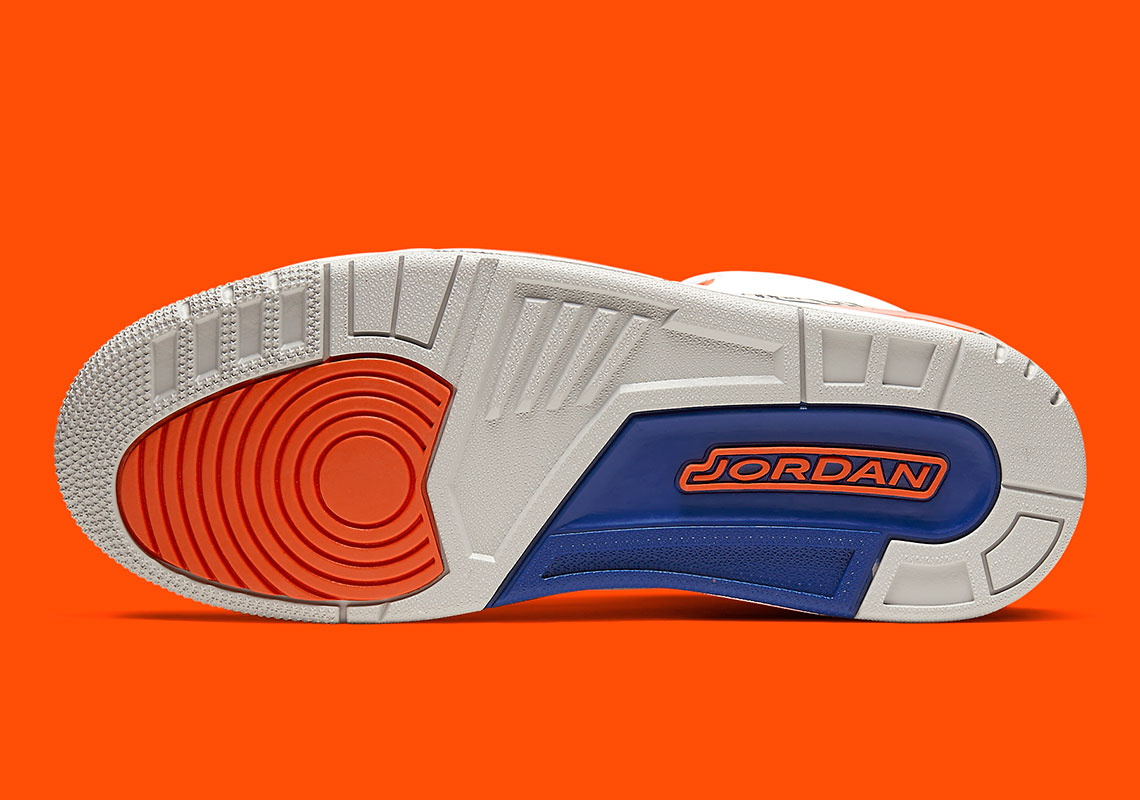 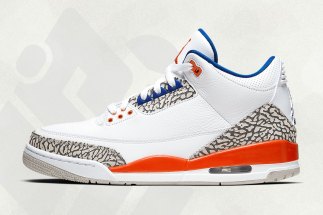 Where To Buy The Air Jordan 3 “Knicks”