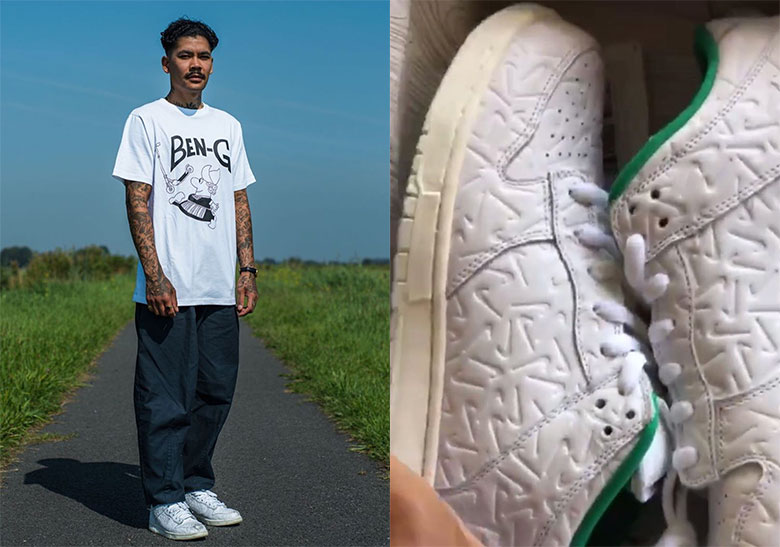 2019 has proven that Nike Skateboarding is welcoming some out-of-the-box concepts for the SB Dunk. Both Piet Parra and Supreme went head-on with reworked Swoosh logos – the former with jeweled checks and the latter with the shadowed style in chenille. Now, long-time retail partner Ben G of Amsterdam is giving their spin on the fat-tongued classic as a first look (by way of Eric Koston‘s Instagram Stories) reveals an all-over style pattern that shows no restraint in its expressive love for the brand. This upcoming Dunk (far wackier than their Blazer collab nearly a decade ago) appears to be built with a full white upper with miniature logos pressed into the leather, leaving no empty space. A lucky green lines the interior while a cream (possibly Sail) white sole somehow adds a vintage look to the shoes. While Koston’s flick pretty much covers all the angles, Ben G’s Instagram reveals a subtle on-foot shoe of the shoes in its scuffed, skated glory. Release date info hasn’t been disclosed just yet, but with the shoes surfacing on the shop’s official page, we can be sure to expect a shot soon. 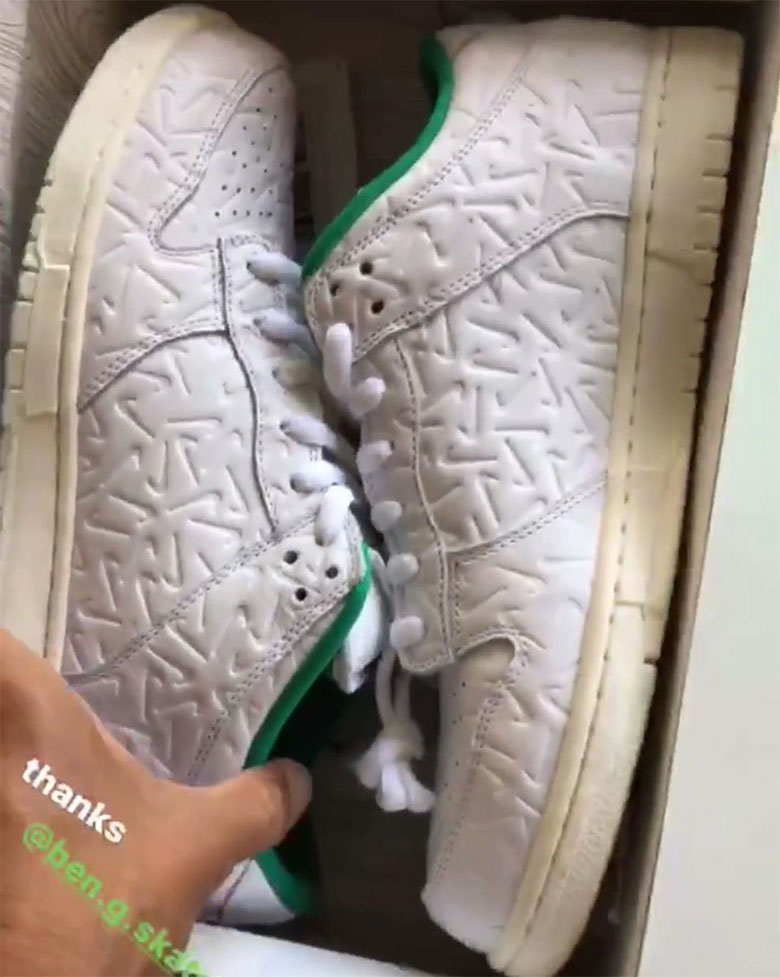 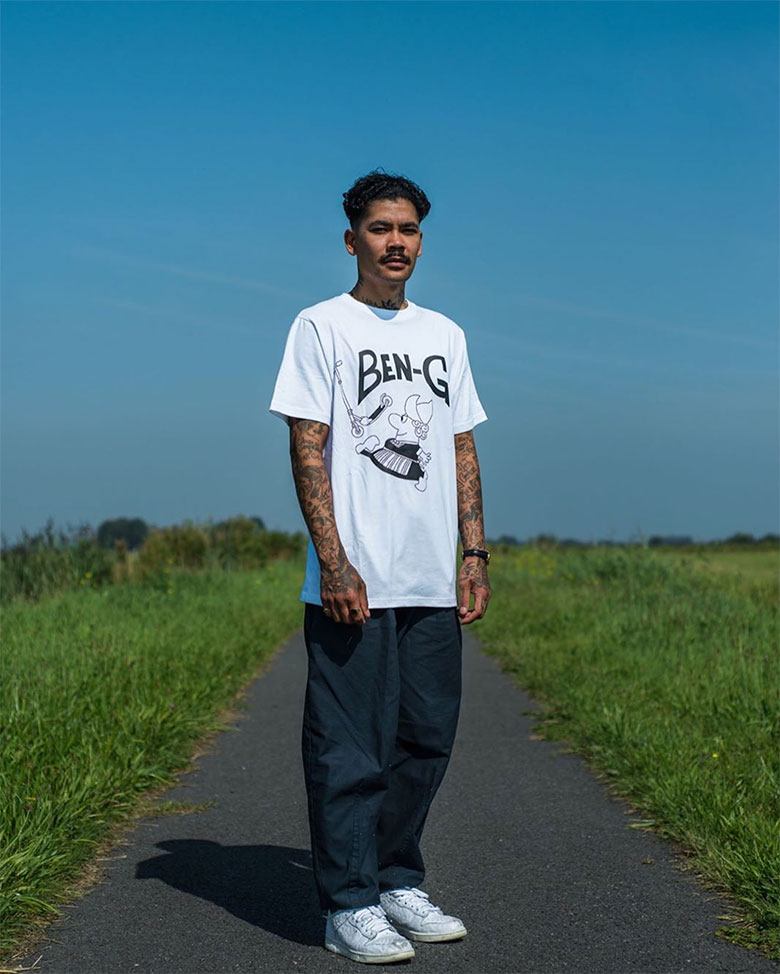 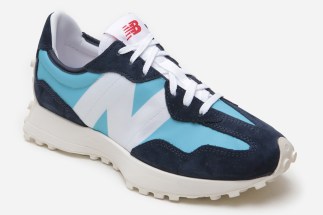