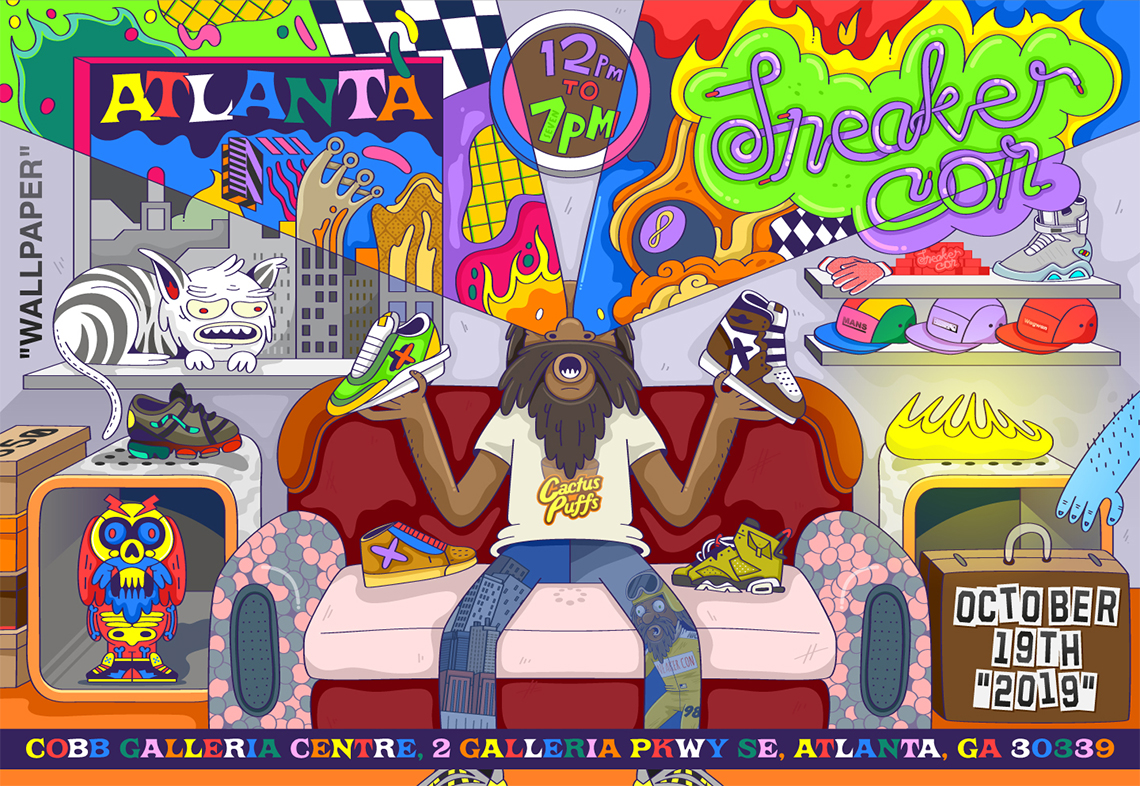 After traveling overseas to the UK for a successful show in London, Sneaker Con, the Greatest Sneaker Show on Earth, is bringing its events back to the states for a single-day show in Atlanta, GA. Set to close out the month of October with a bang, the weekend festivities will take place at the Cobb Galleria Centre and will run from 12pm-7pm on Saturday, October 19th. As always, attendees will be able to buy, sell, and trade with the various sneaker vendors, in addition to getting the explore some brand activations and connect with other members of the sneaker community all under one roof. Expect nothing but the cream of the crop of shoes to be available, including highly sought after sneakers such as the recently released Travis Scott Air Jordan 6s, Off White x Nike collaborations, and all the adidas Yeezys you can think of. Tickets are now available on SneakerCon.com for $25 each, so be sure to pick yours up now before they sell out.