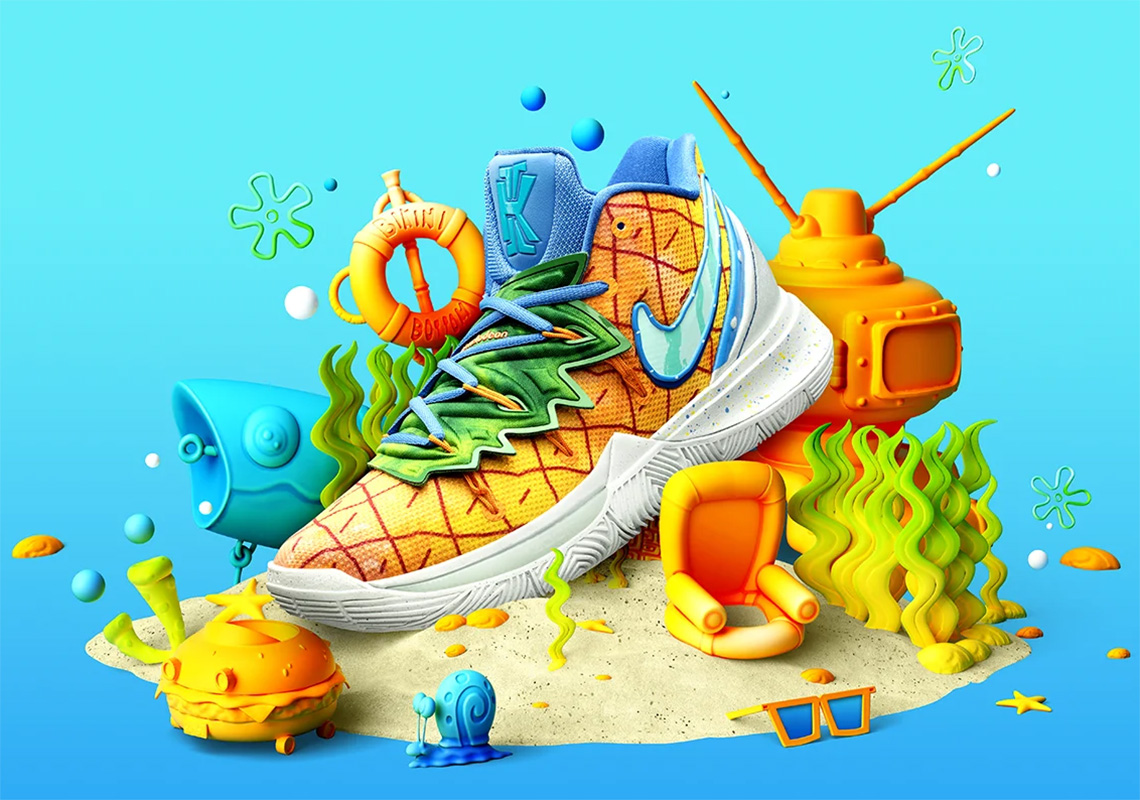 Where To Buy The Spongebob x Nike Kyrie 5 “Pineapple House”

Likely satisfying the athlete’s own desire to live in a pineapple under the sea, the Nike Kyrie 5 “Pineapple House” marks the latest and possibly last chapter of the silhouette’s Spongebob Squarepants collaborations. After going through each of the core main cast and landing on the titular character’s humble abode, the model itself is going full force in connections to its muse as it playfully translates each fixture, pattern, and minute detail with firm dedication. Uppers, in their recognizable brown tint, bear the subtle checkered pattern of the fruit itself complete with its center-placed lines. Laid atop is the leafy green lace shield that harks to the top stem, lying just underneath the light blues of the tongue, lining, and laces. Window prints sit along the profile swooshes with its metallic port edge detailing while the speckles of the midsole create a body of sand for the upper to rest on. Grab a detailed look at the pair right here and find it hitting retailers and Nike.com October 24th for a retailer of $130 USD. 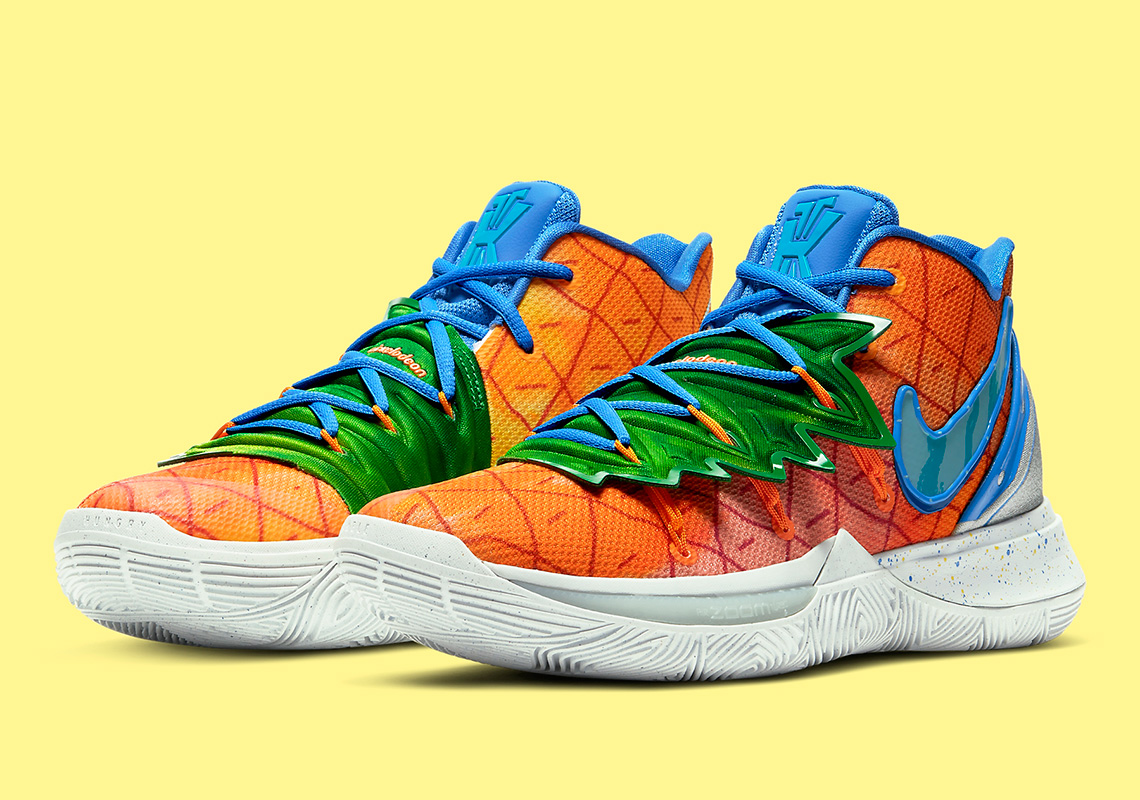 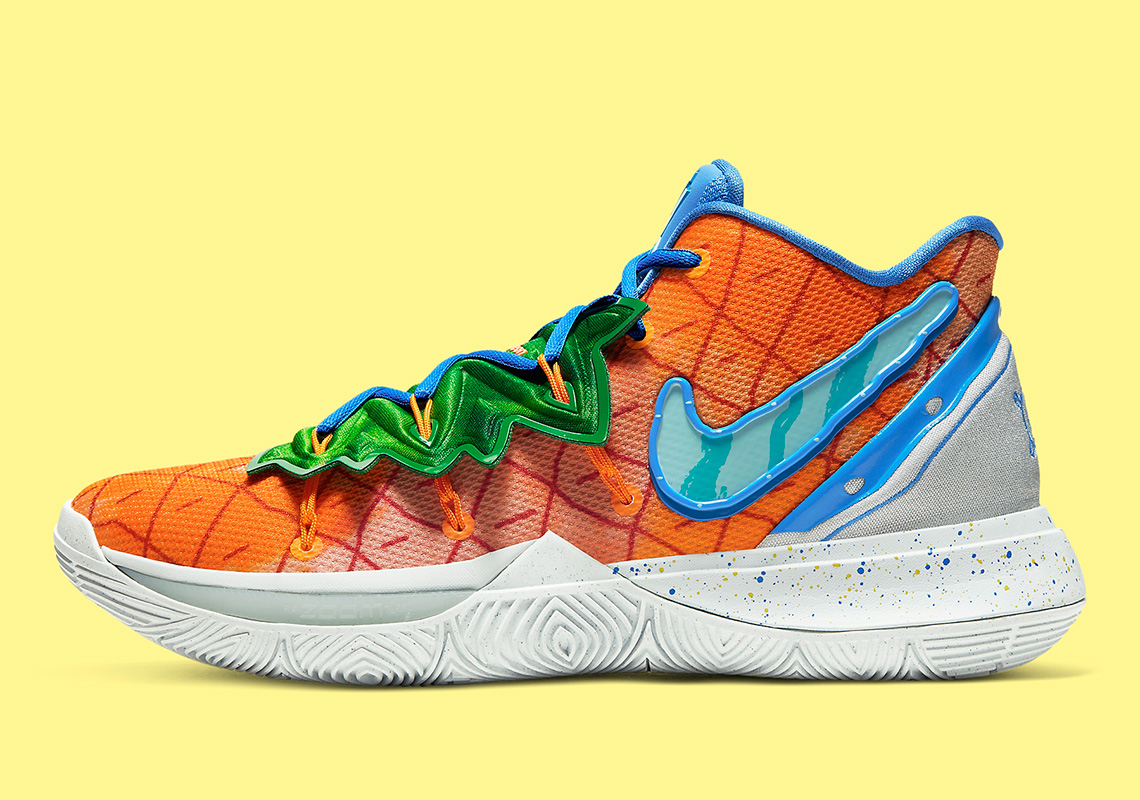 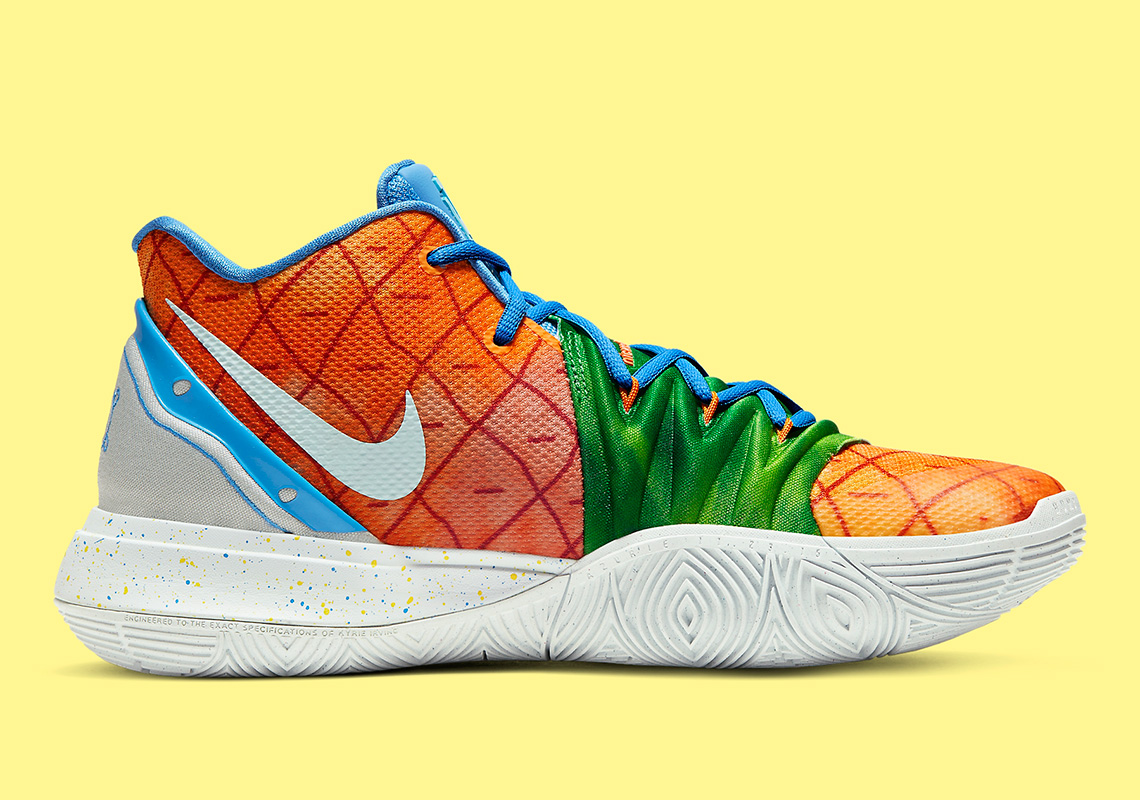 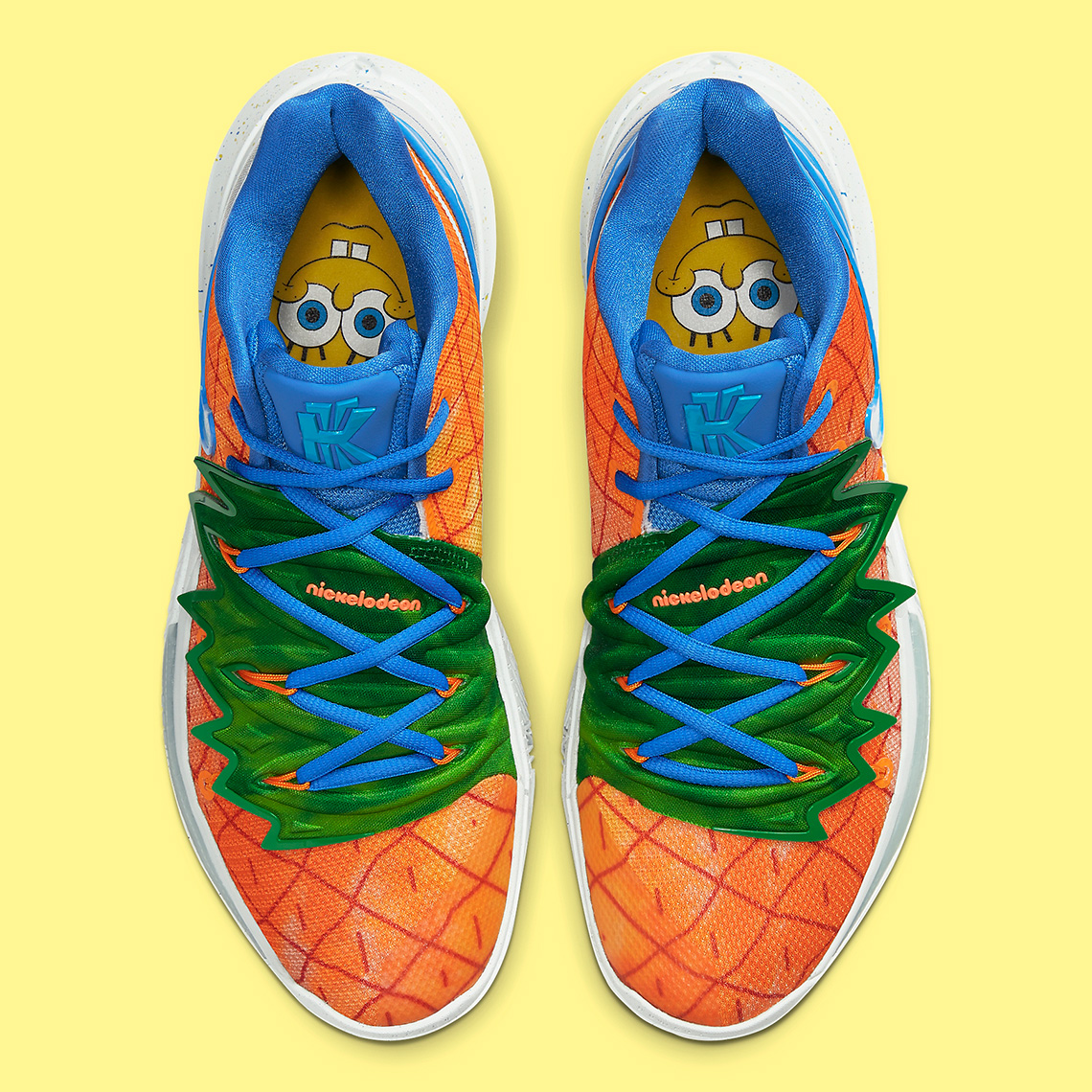 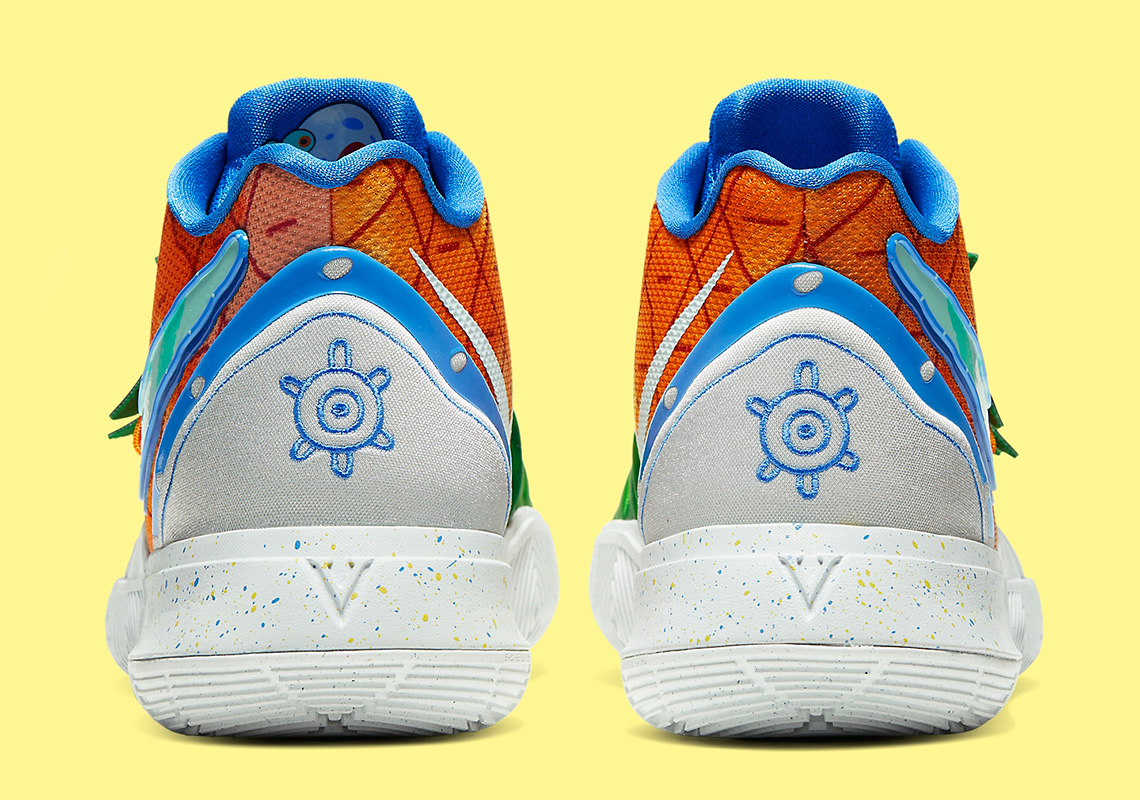 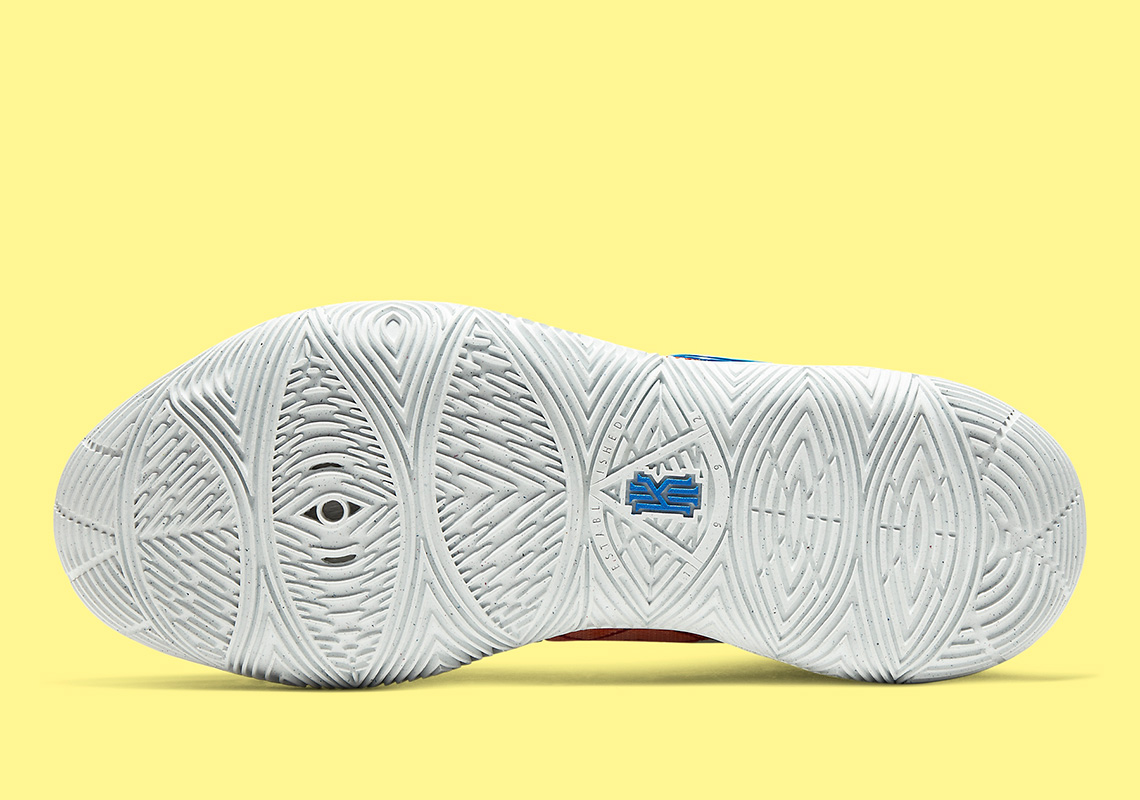