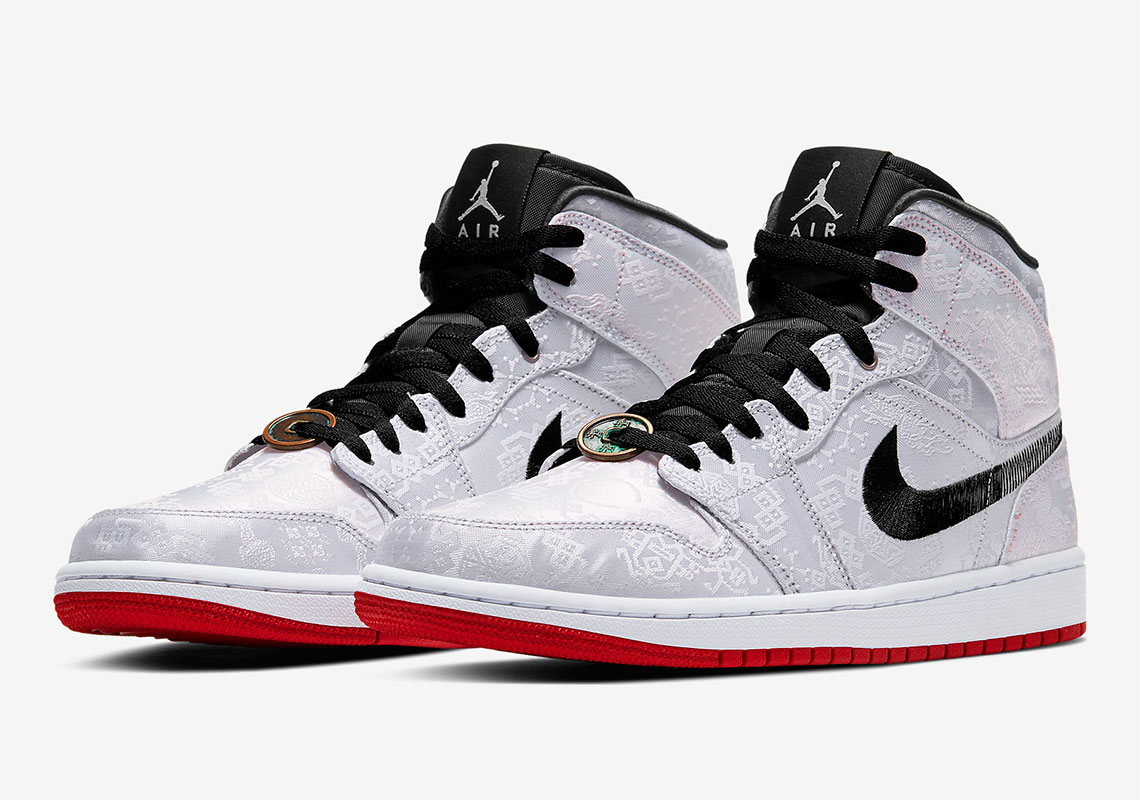 As the finale of Jordan Brand’s collaborative “Fearless” capsule, the CLOT x Air Jordan 1 Mid closes out a Holiday campaign that honors the independent growth of self-made designers and artists. One of the hand-picked six is Edison Chen who co-founded the label back in 2003; the label has served as one of Nike, Inc.’s key creative partners over the years, with some epic gems under its belt. Arguably his magnus opus was 2009’s 1WORLD Air Force 1 that saw a traditional pattern on a red silken upper; that motif was repeated in two other AF1 concoctions, but makes a surprising return to the middle sibling of the Air Jordan 1 family. It’s not entirely clear of the upper layer wears away to reveal a hidden base underneath, although that would be a nice bit of continuity in maintaining the Royale Family story. Official imagery of this collaboration reveals a clean look at the elegant upper accompanied by bright red outsoles, a unique “faded” stitching on the Swoosh, and a medallion token on the lace dubrae. Expect these to release on SNKRS and select Jordan retailers on December 7th. 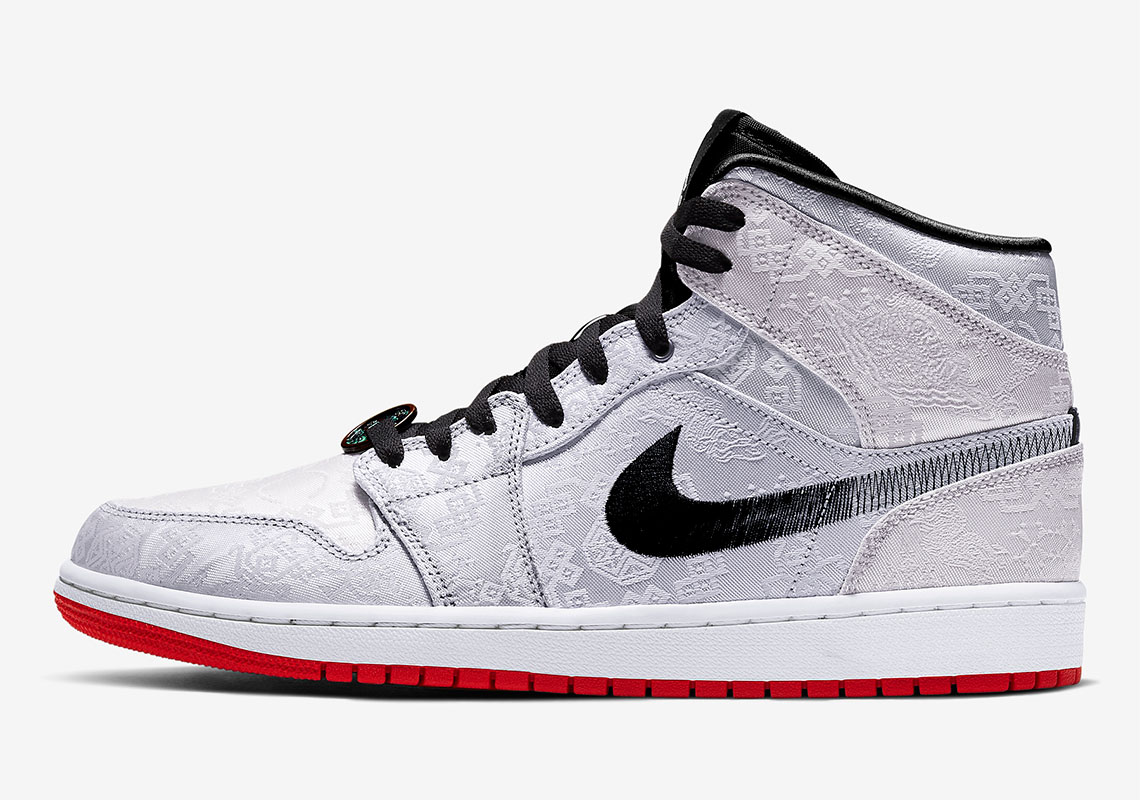 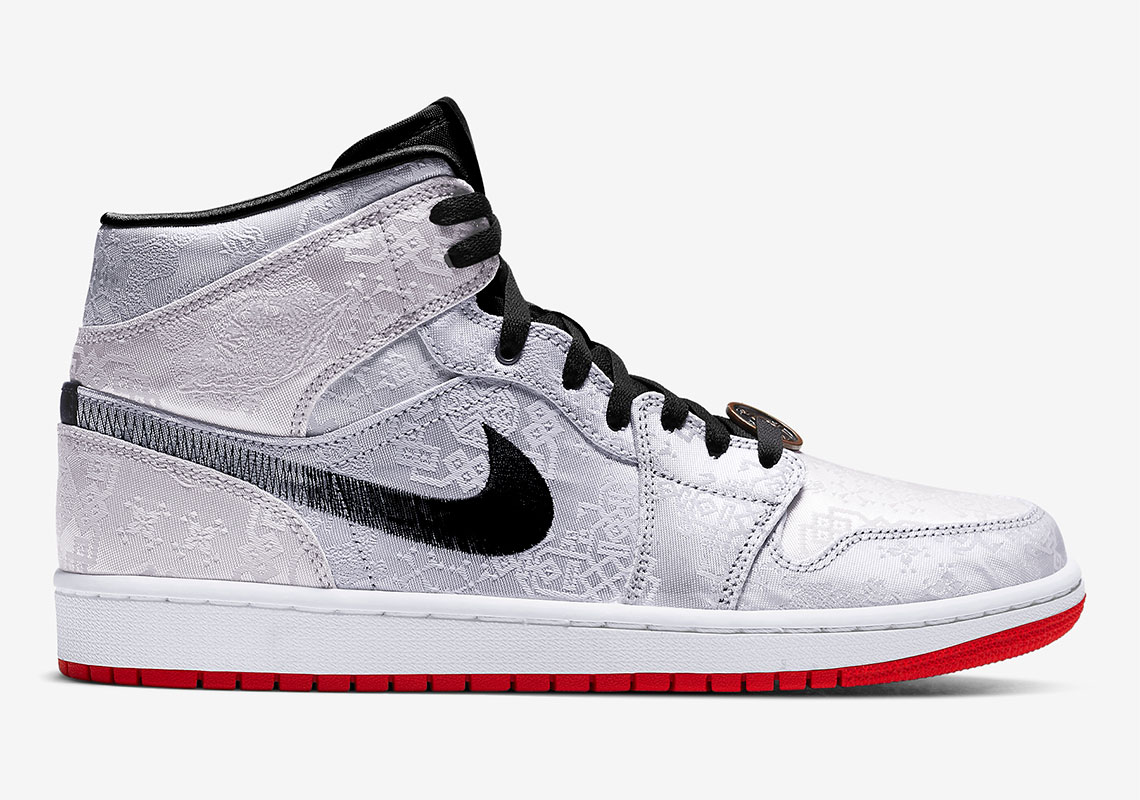 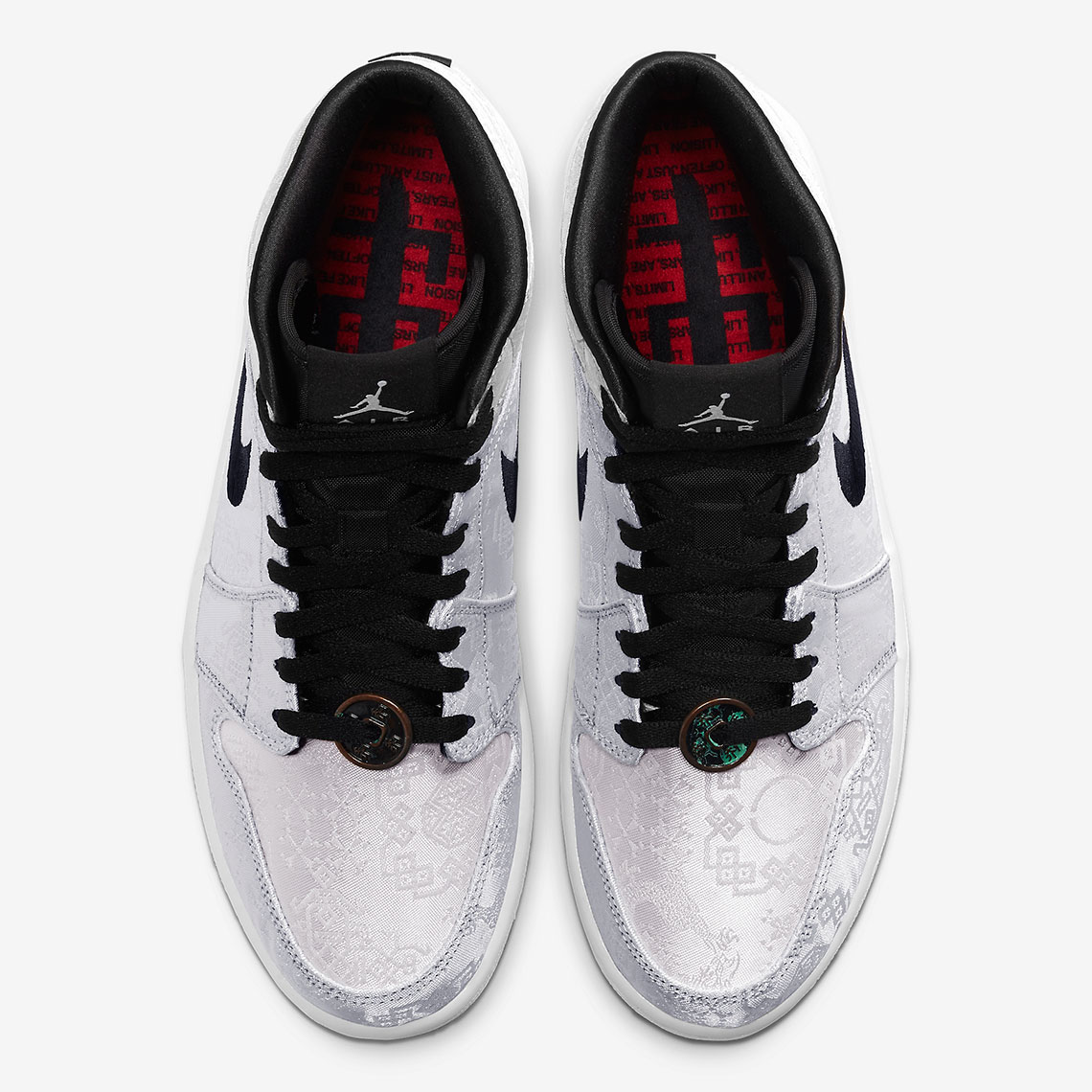 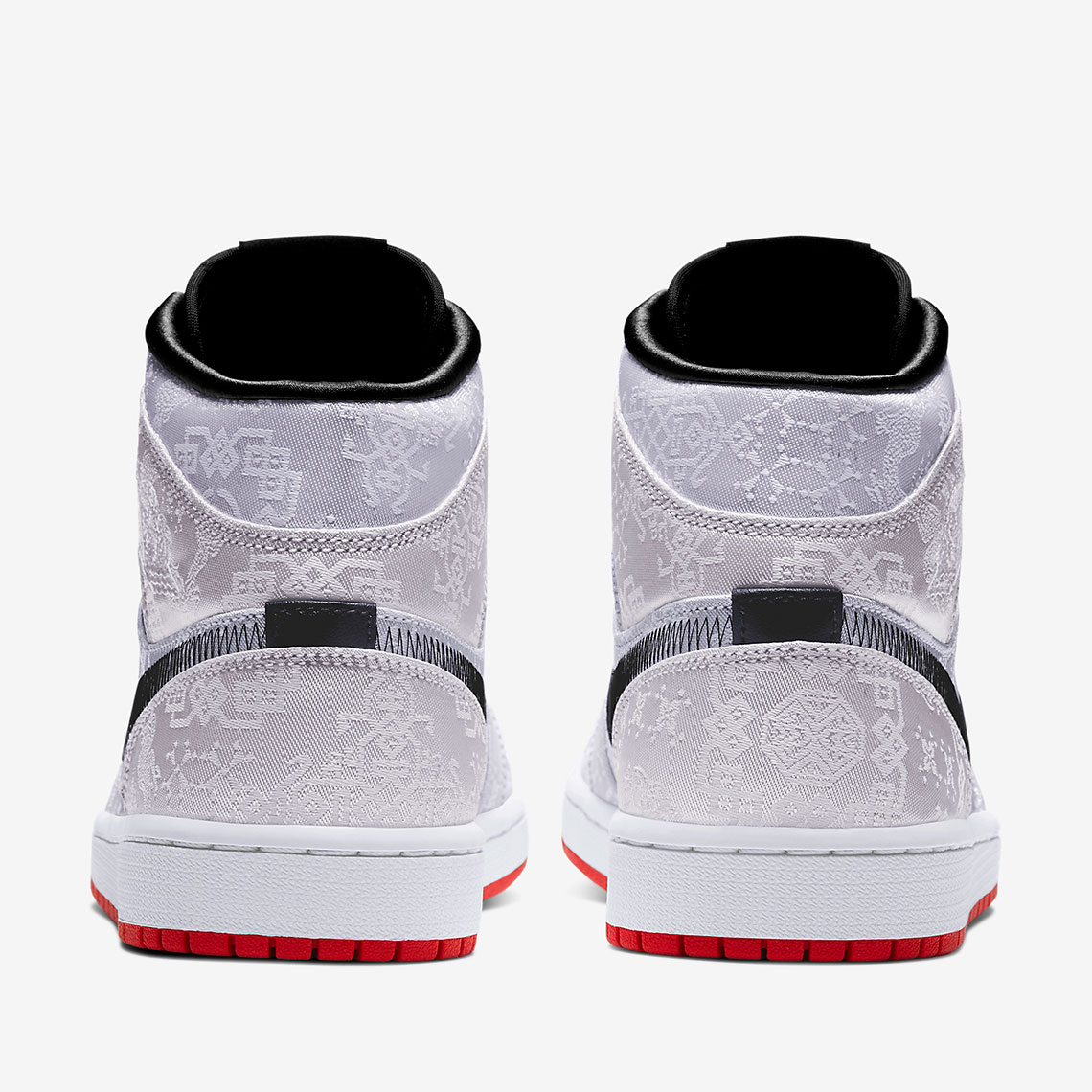 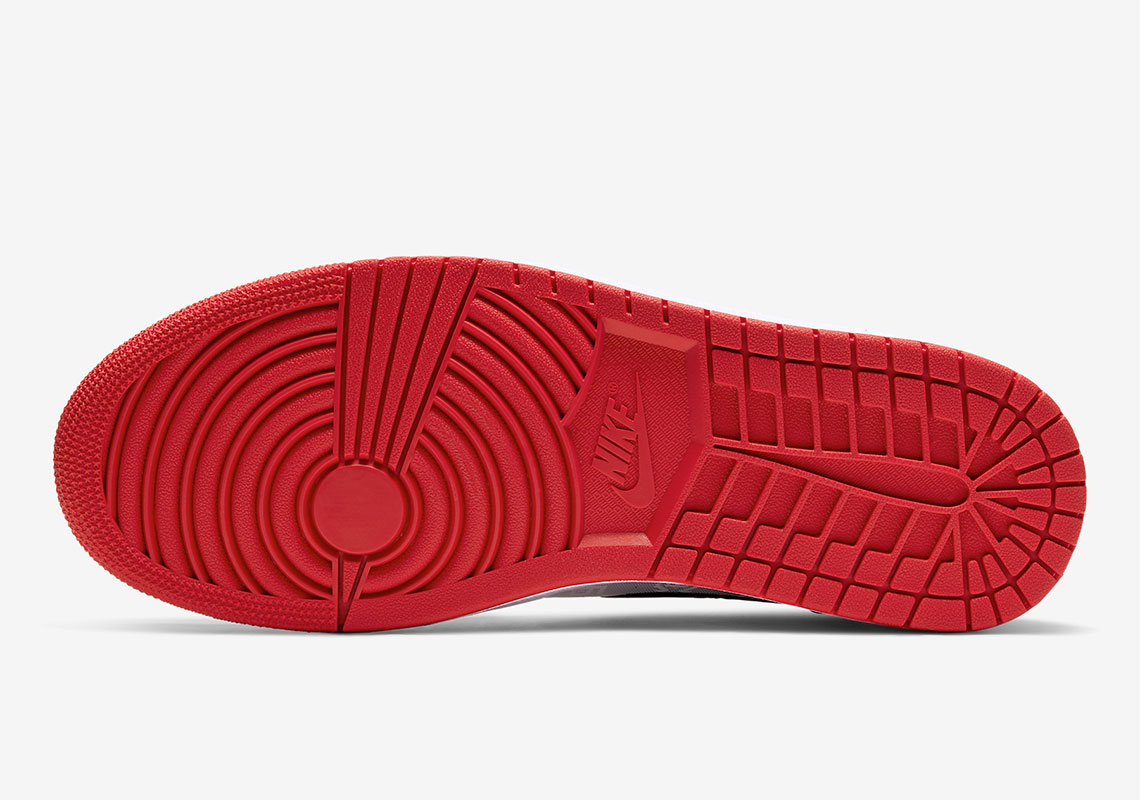