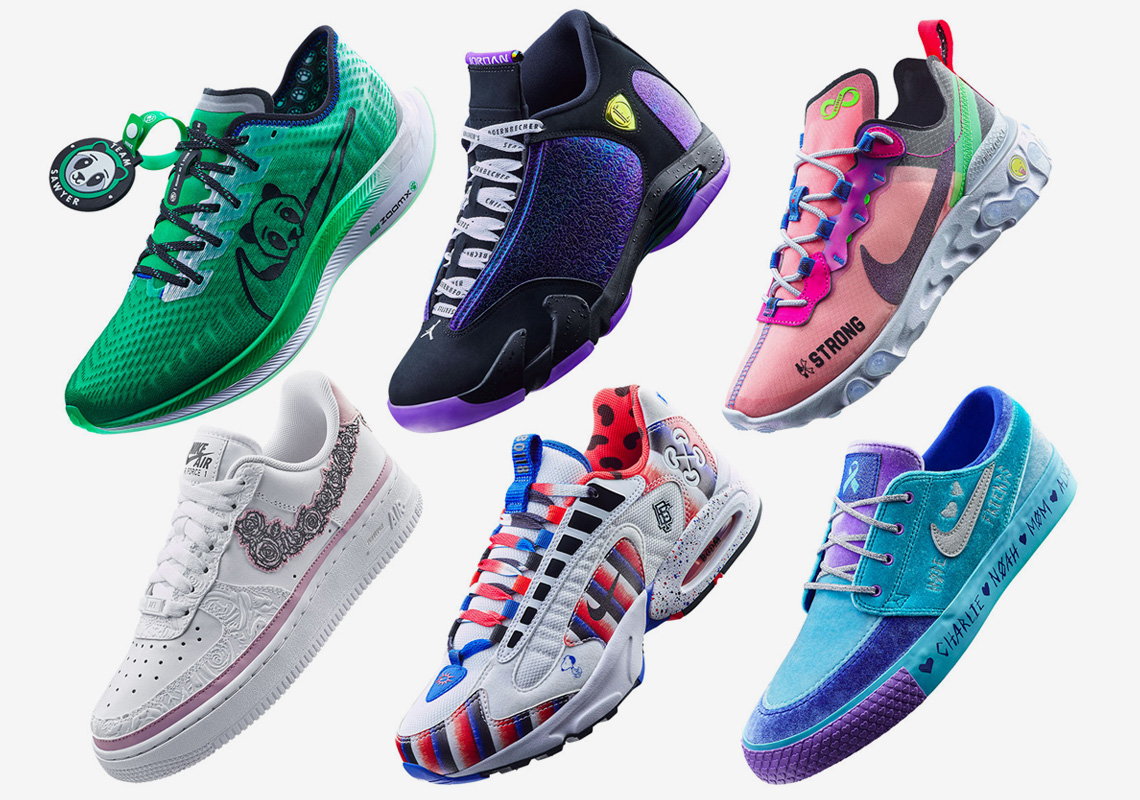 The Entire 2019 Doernbecher Freestyle Collection Is Releasing On December 7th

Ever since 2004, Nike and OHSU Doernbecher Children’s Hospital have never strayed away from fulfilling dreams, allowing young patients to try their hands at what some only dream about. Designing an entire colorway from the ground up, this year’s six lucky few have gone to do one of the most colorful and imaginative out of the massive collaboration’s longstanding history while also being part of a near $24,000,000 dollar charity effort. This year’s Doernbecher Freestyle is lead by Desiree Castillo with the Zoom Janoski, Kahleah Corona with the React Element 55, Ethan Ellis with the Air Jordan 14, Bransen Fernando with the Air Max Triax 96, Sawyer Miller with the Zoom Pegasus Turbo 2, and Zion Thompson with the Air Force 1. While some have been revealed by way of an early set of official images, there’s still quite a bit to unpack, such as the long-awaited Jumpman silhouette’s striking presentation infused with the colors of the TCU Horned Frogs or the subtle kidney graphic on the Air Max offering. With each holding a small detail personal to their respective designer, it’s best to take a look below at each as well as the accompanying rundown of the finer points. Arriving at Nike.com as well as select stores, the entire pack can be yours for the taking on December 7th. 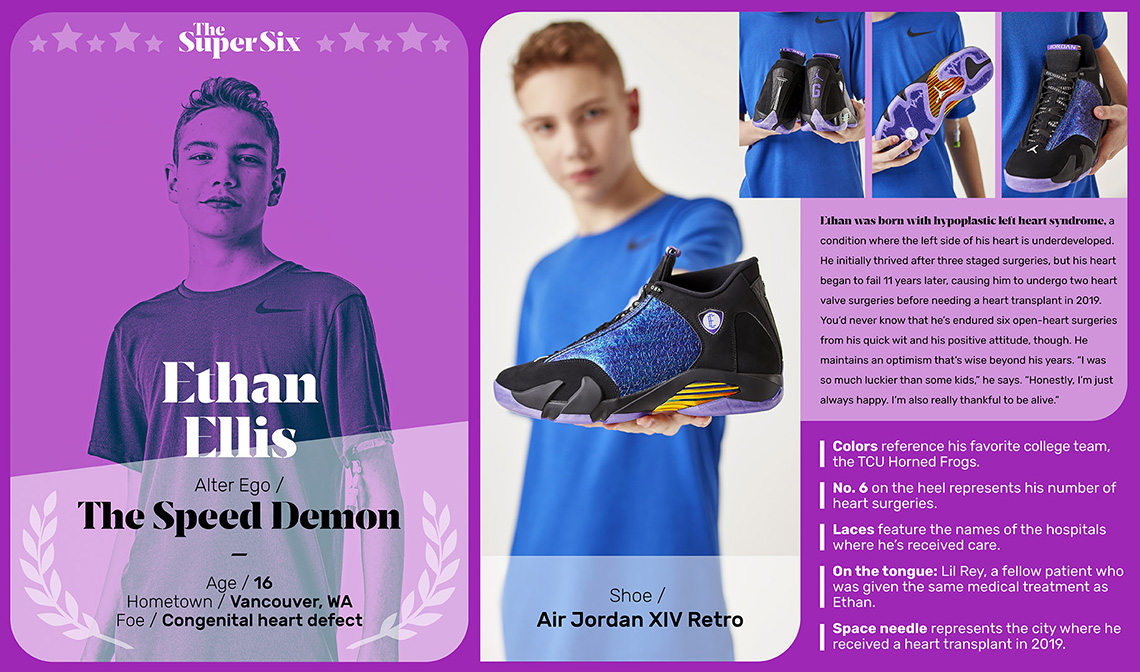 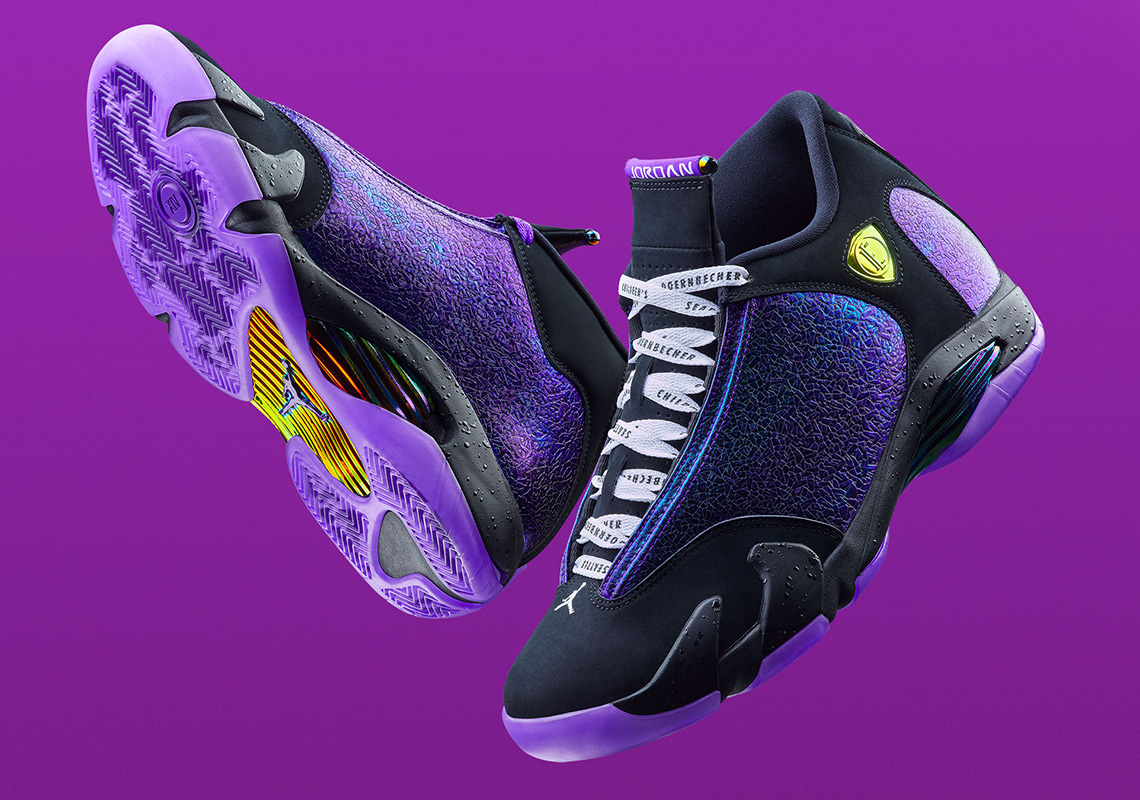 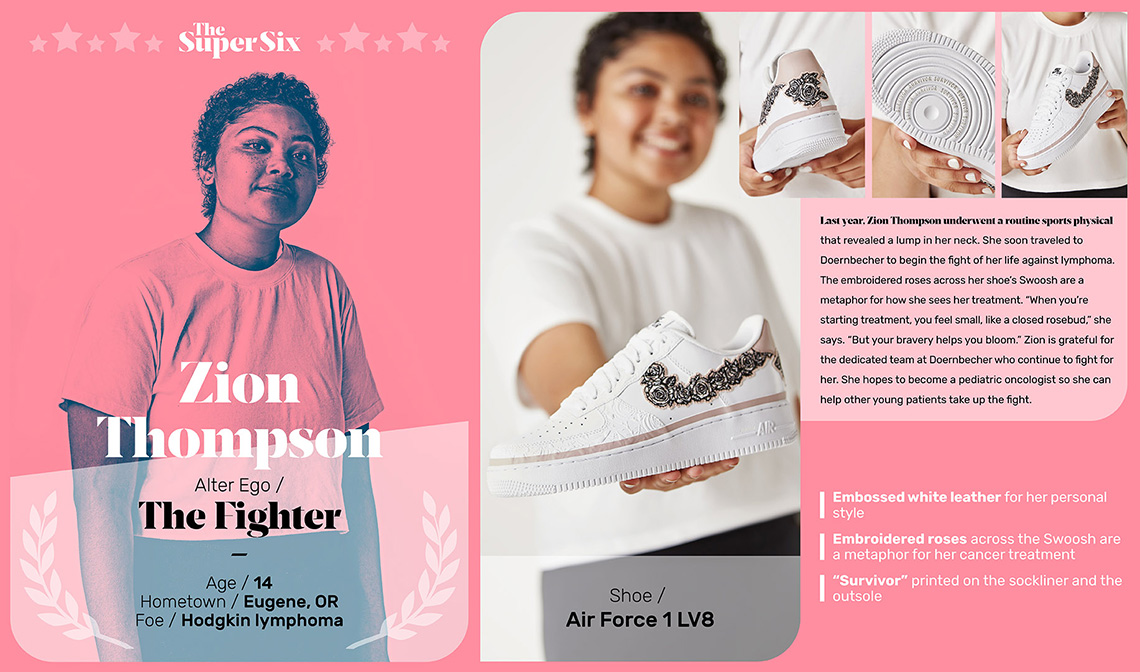 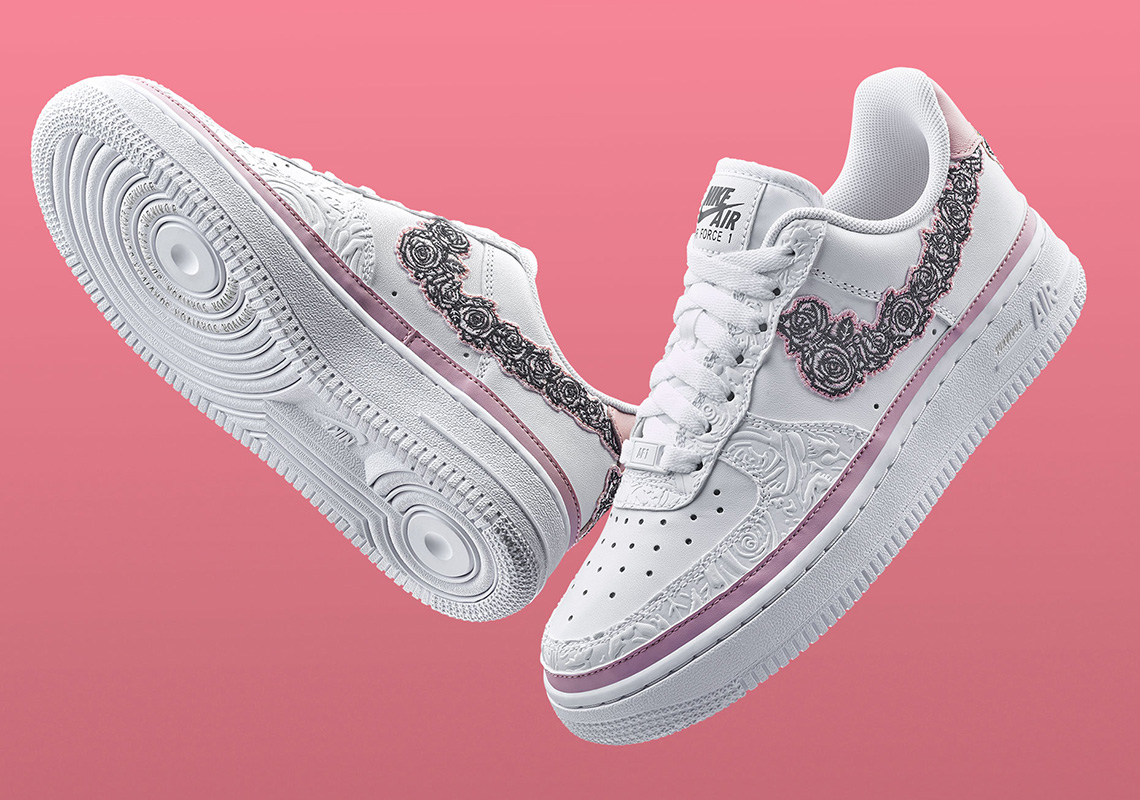 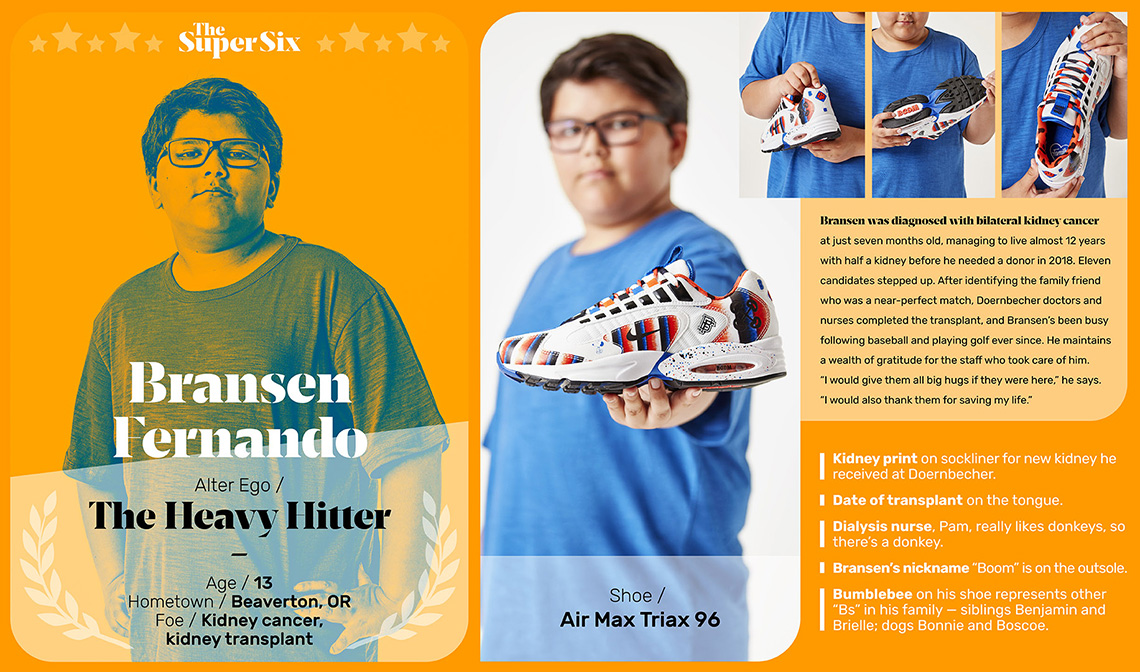 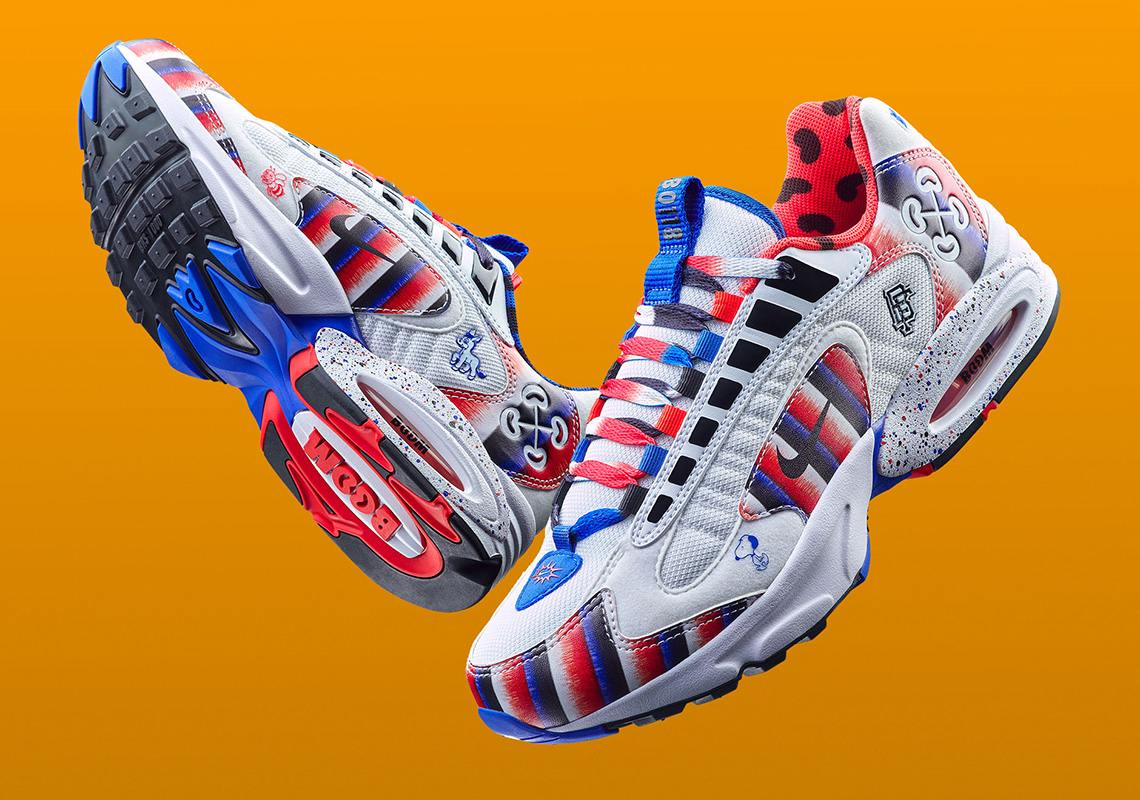 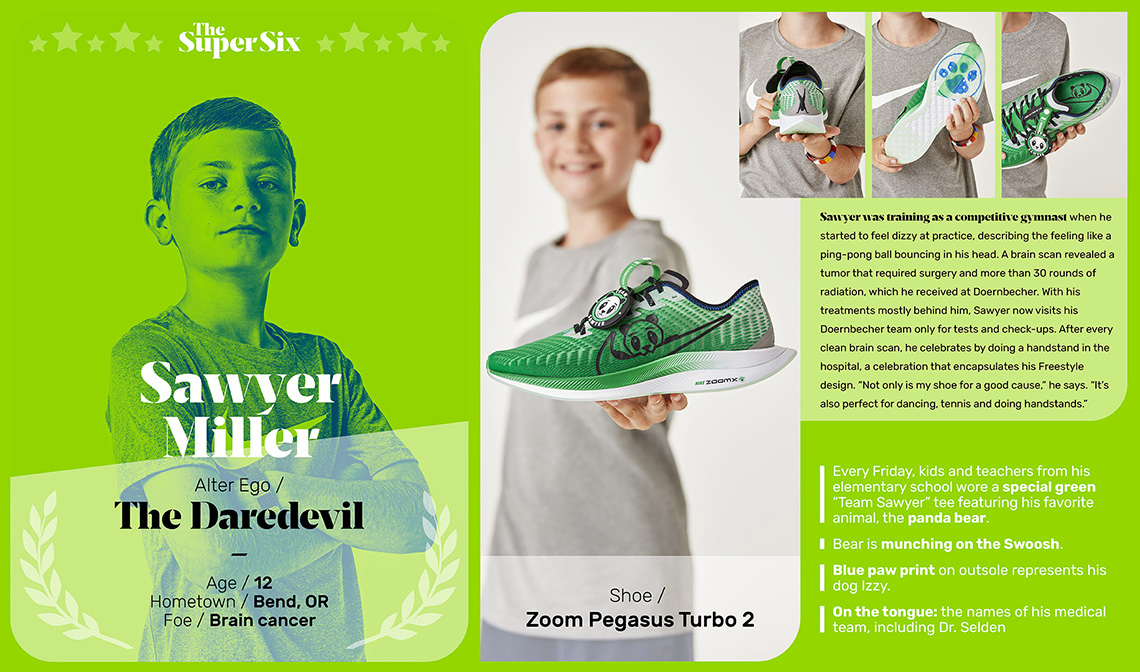 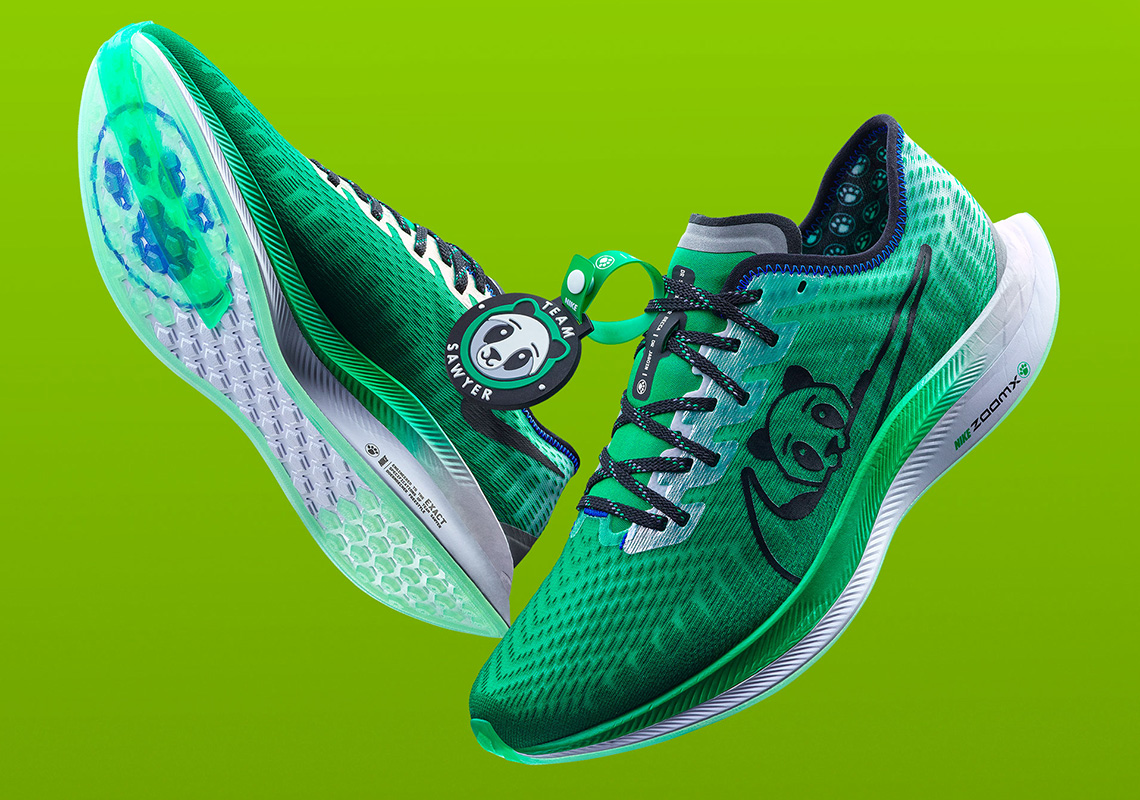 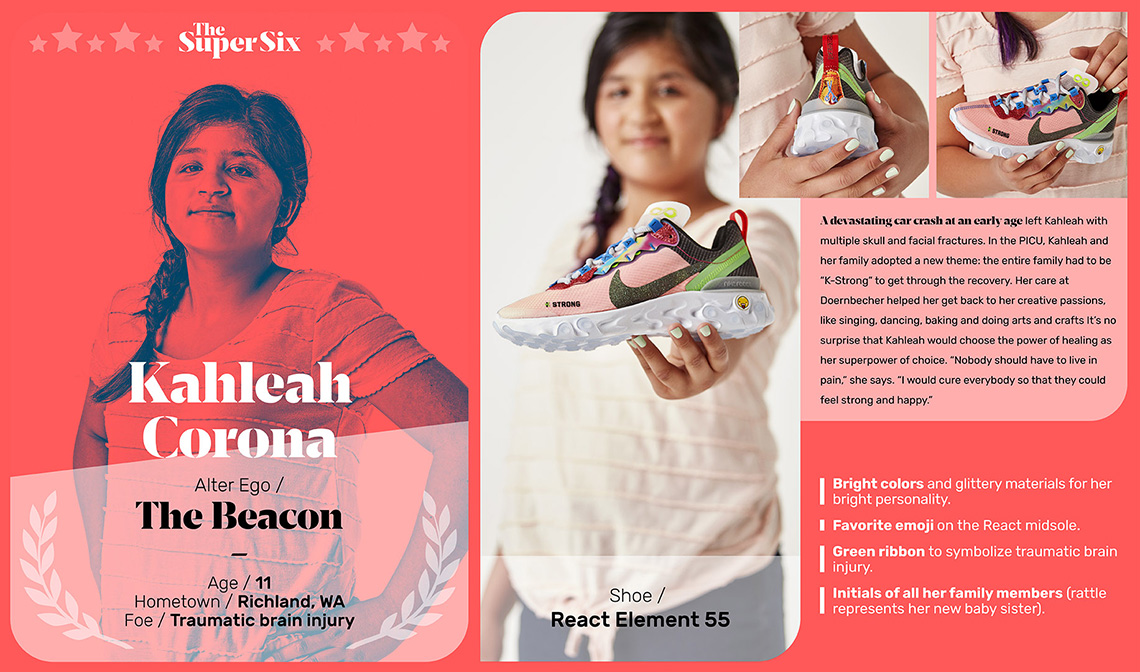 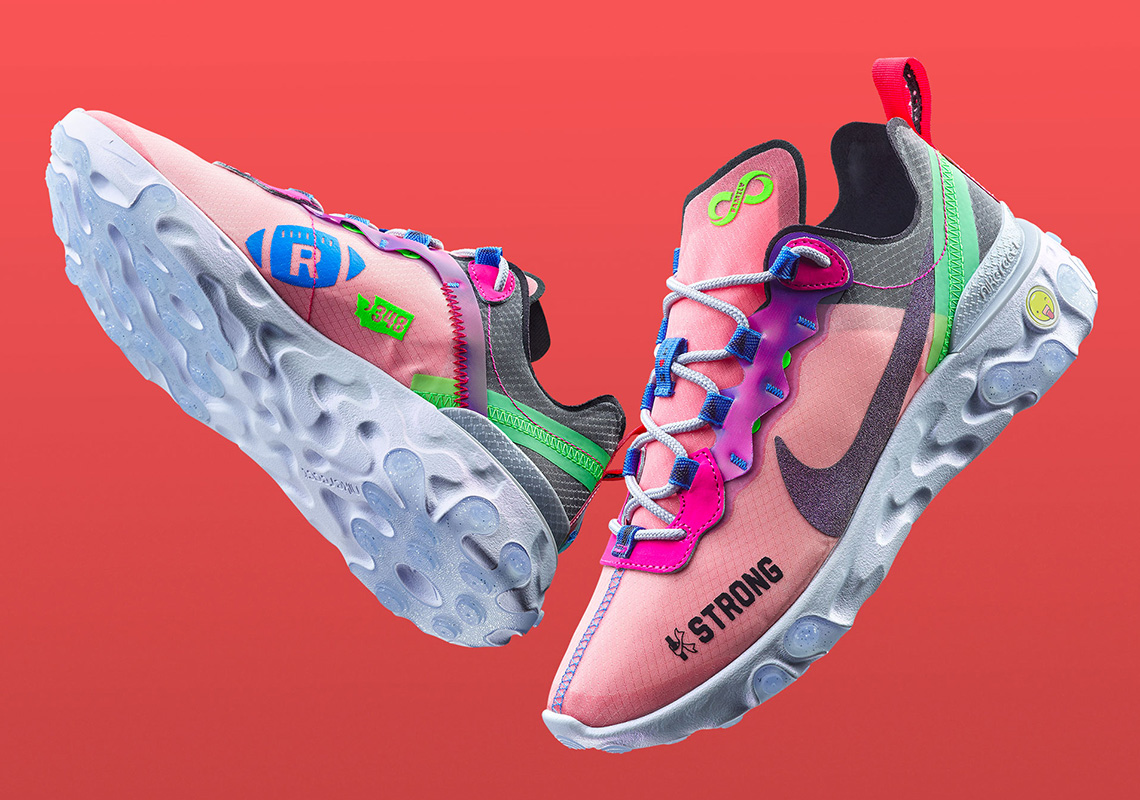 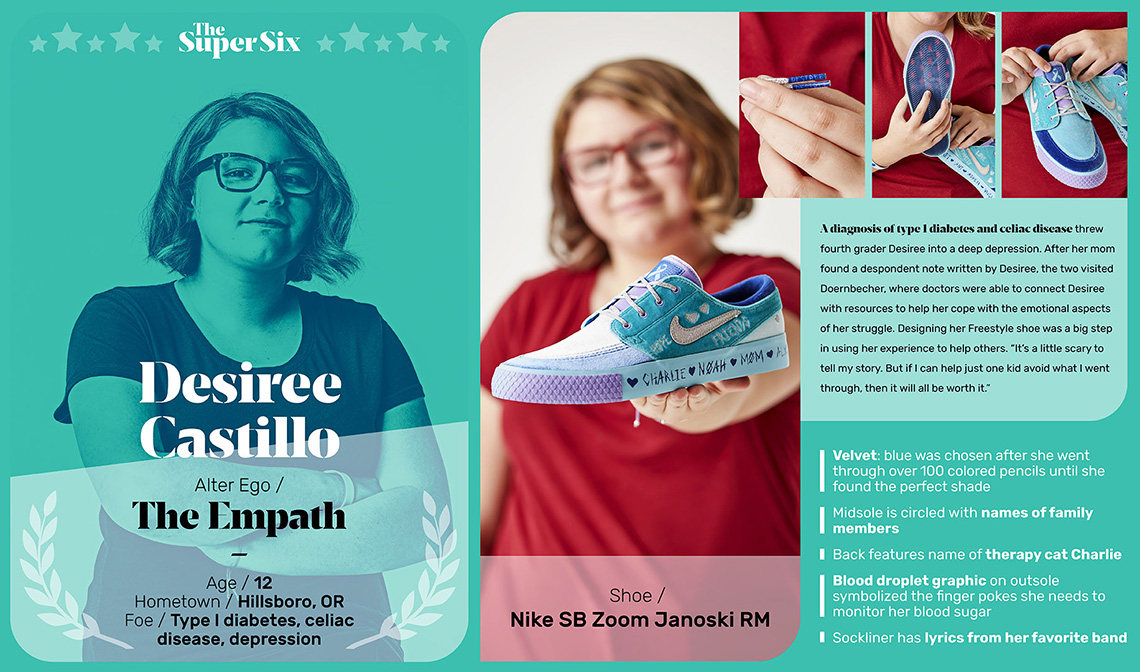 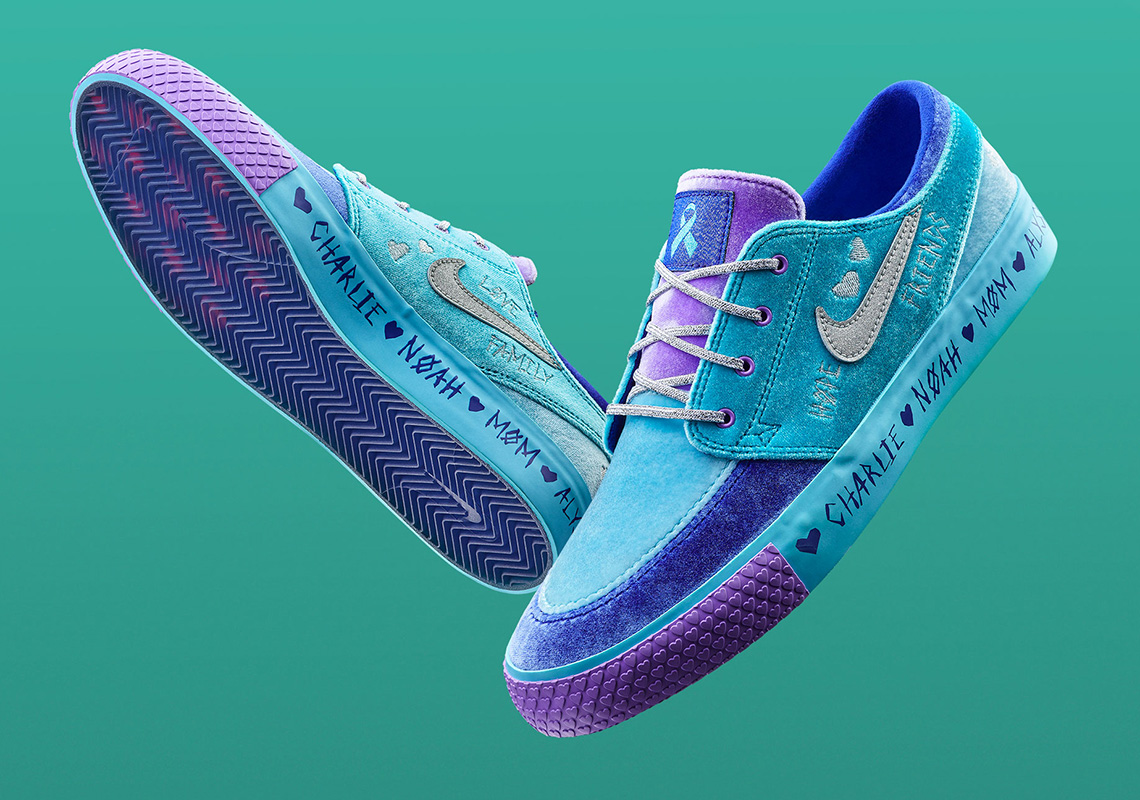