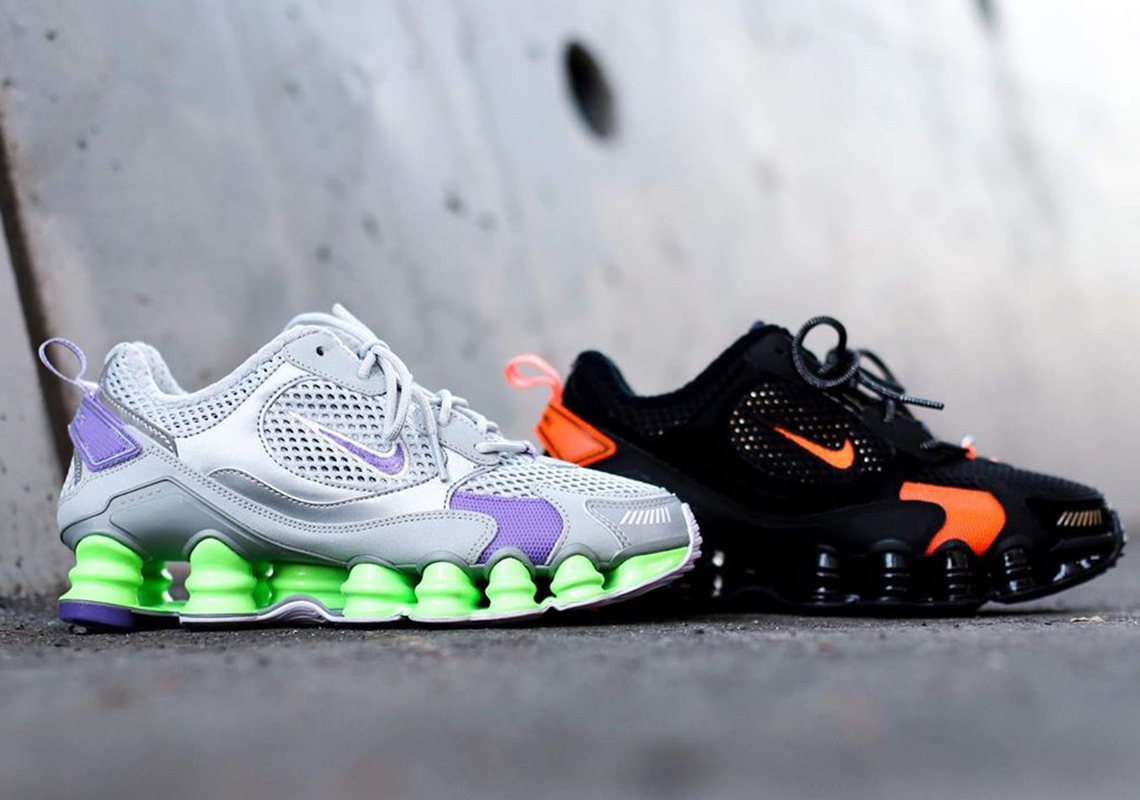 The Nike Shox TL, as we know it today, has been imparted unto the fashion crowd, crafting with imaginative sense due largely in part to COMME des GARCONS’ role in its revival. As such, the silhouette has begun to warp into distinct niches, even crafting women’s exclusives that almost do away with the original template entirely. First revealed quite a bit ago, the Shox TL Nova is just one of those few gender-specific creations, already amassing a wealth of different schemes with its latest hitting the holiday season in a vibrant set of trims. One, opting for vibrant neon pistons and accents of purple, play off a loose nod to legendary comic book villain the Joker; its gray bases leave the interpretation much more subtle, however. Its accompaniment, whose base preference for black shades is difficult to ignore, lies low on the tonal spectrum, only breaking out along the heel, forefoot, and miniature swoosh in a brighter orange. Grab a detailed look at both pairs right here, and if you’re interested in picking them up, some retailers have reported they’ll be releasing on December 19th.

Where to Buy (Grey) 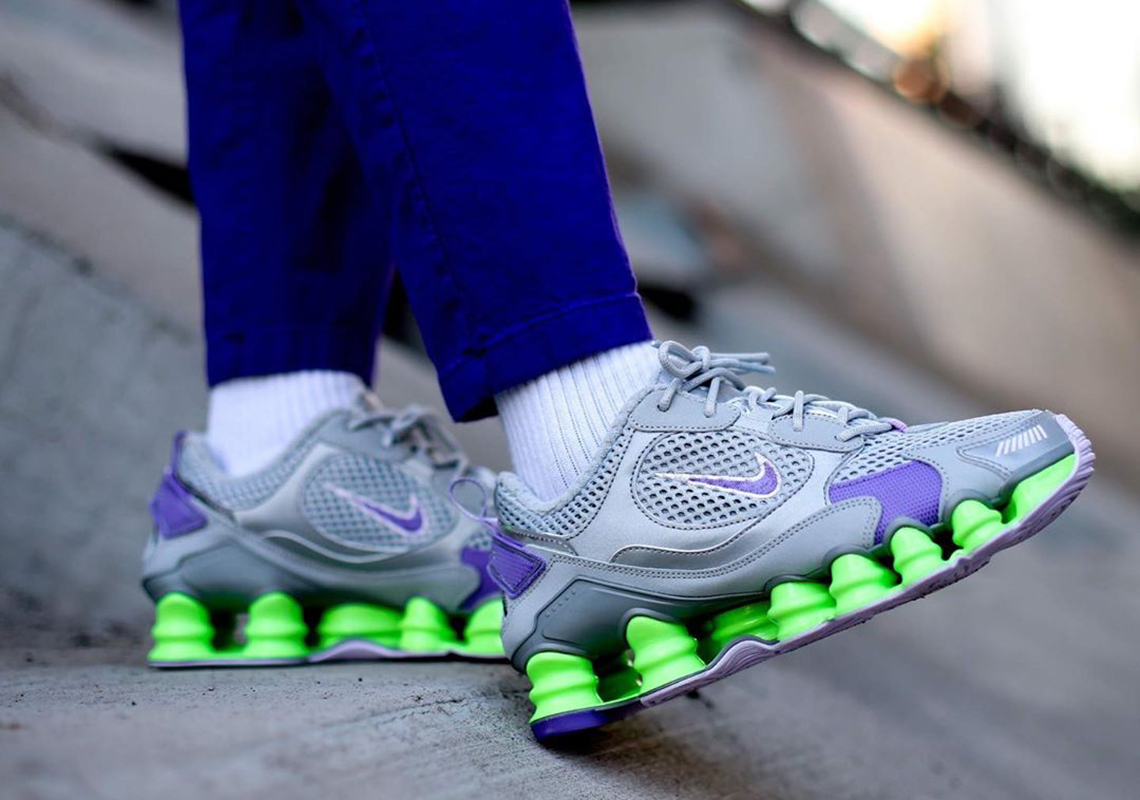 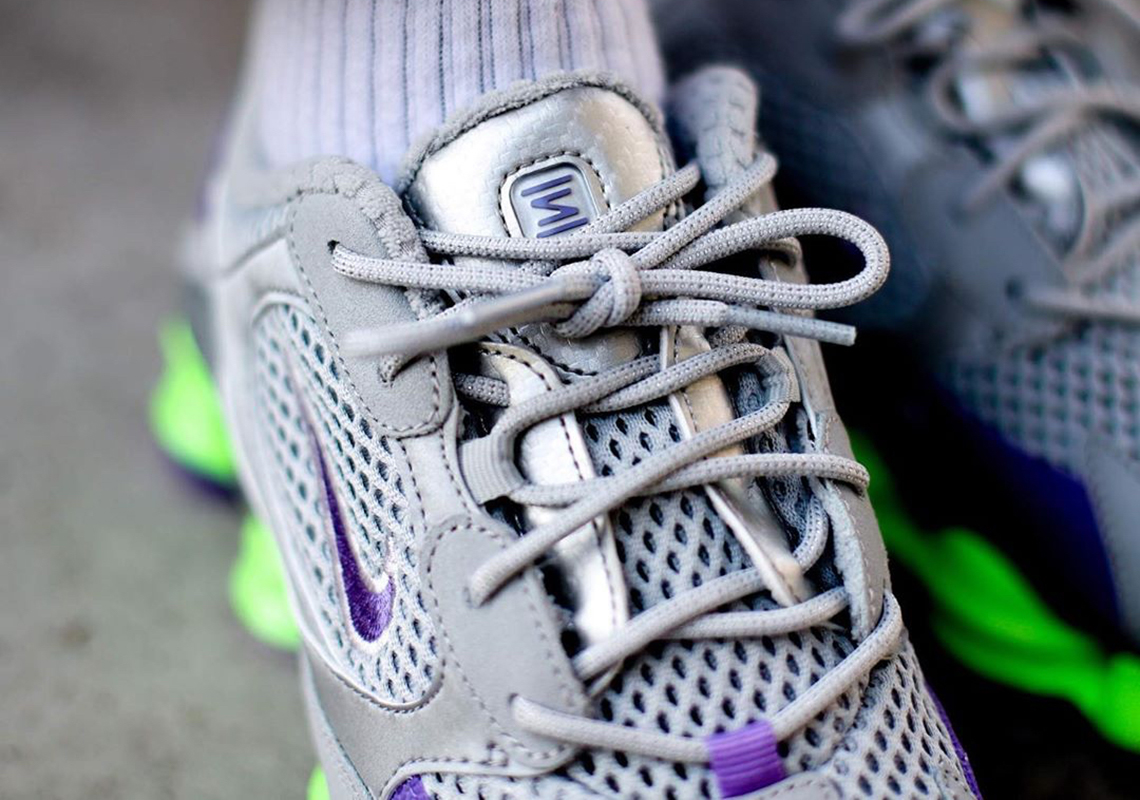 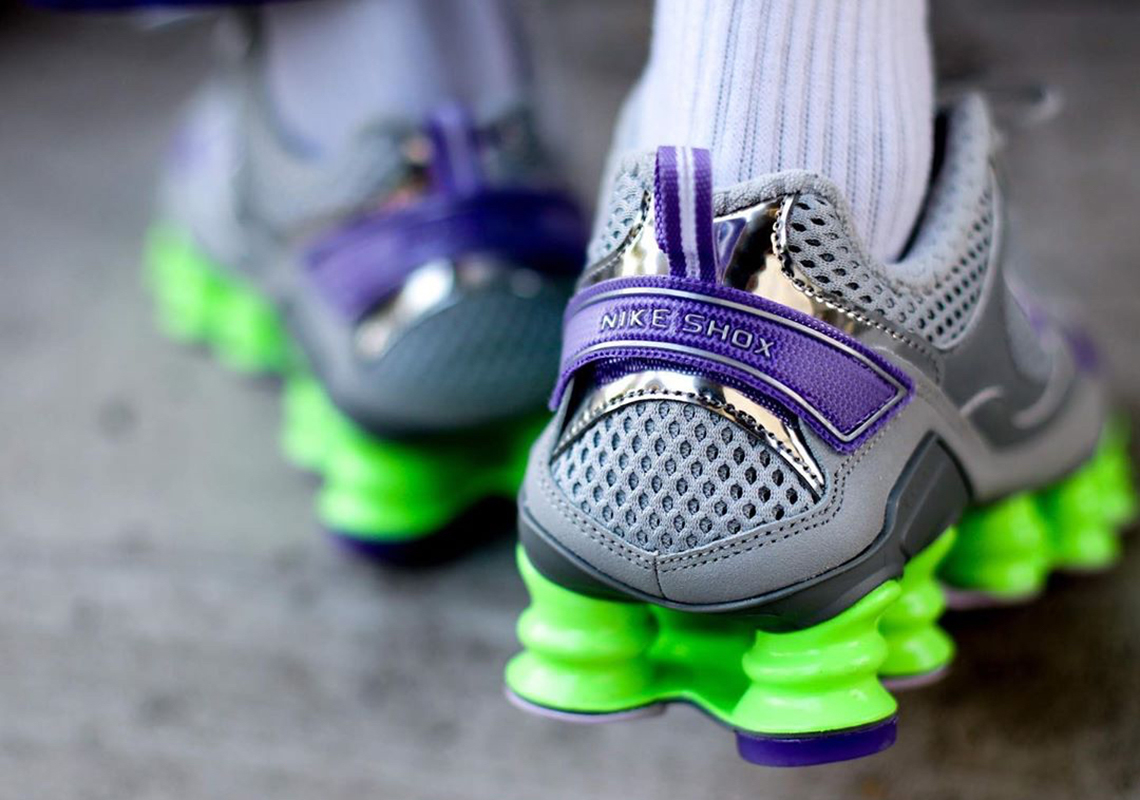 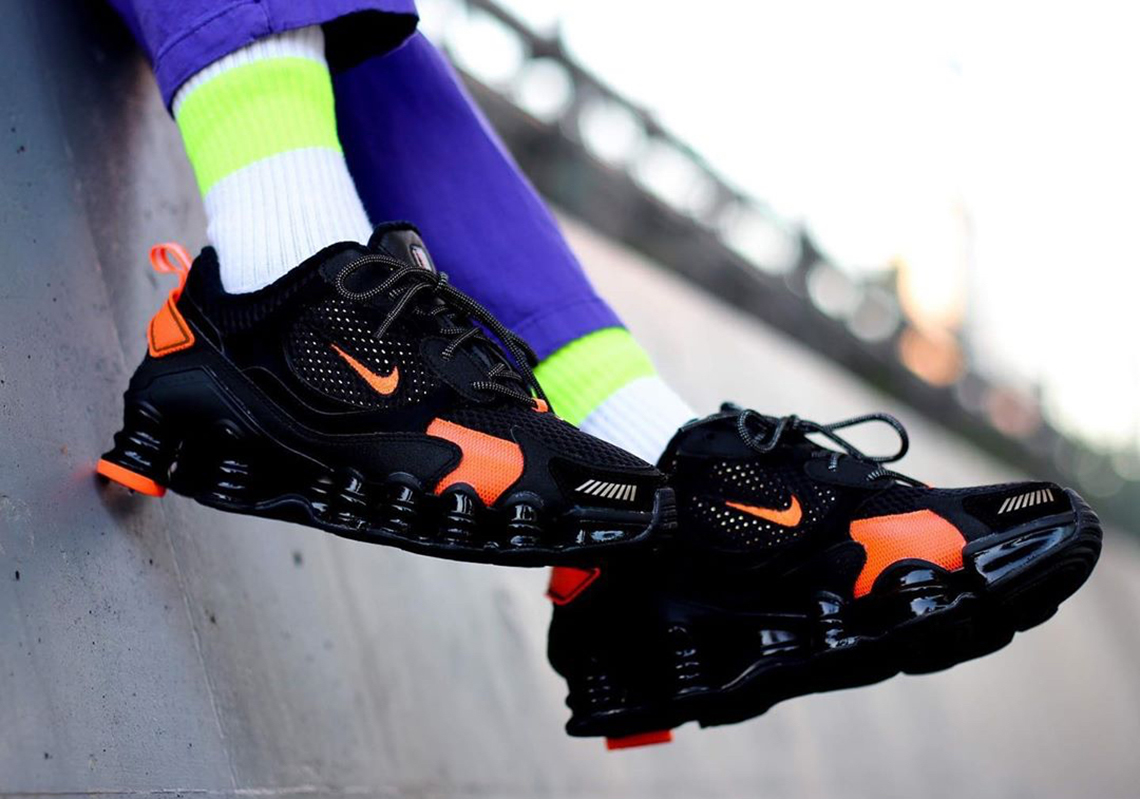 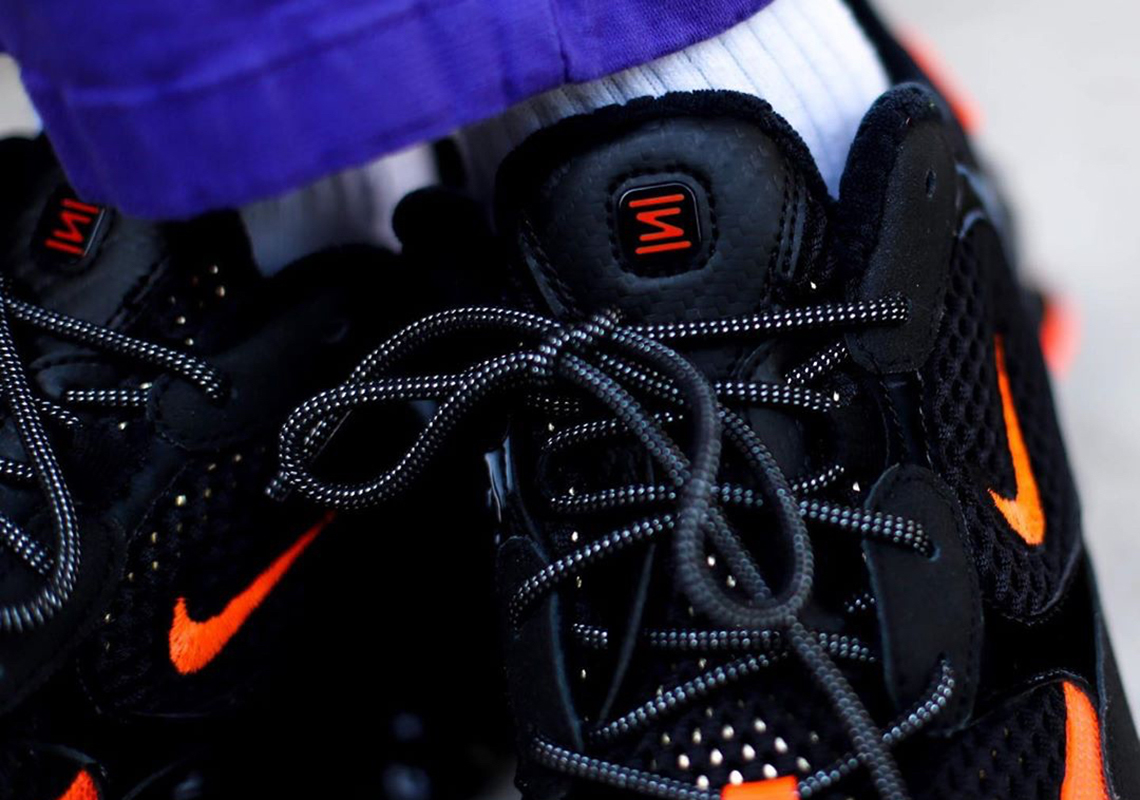 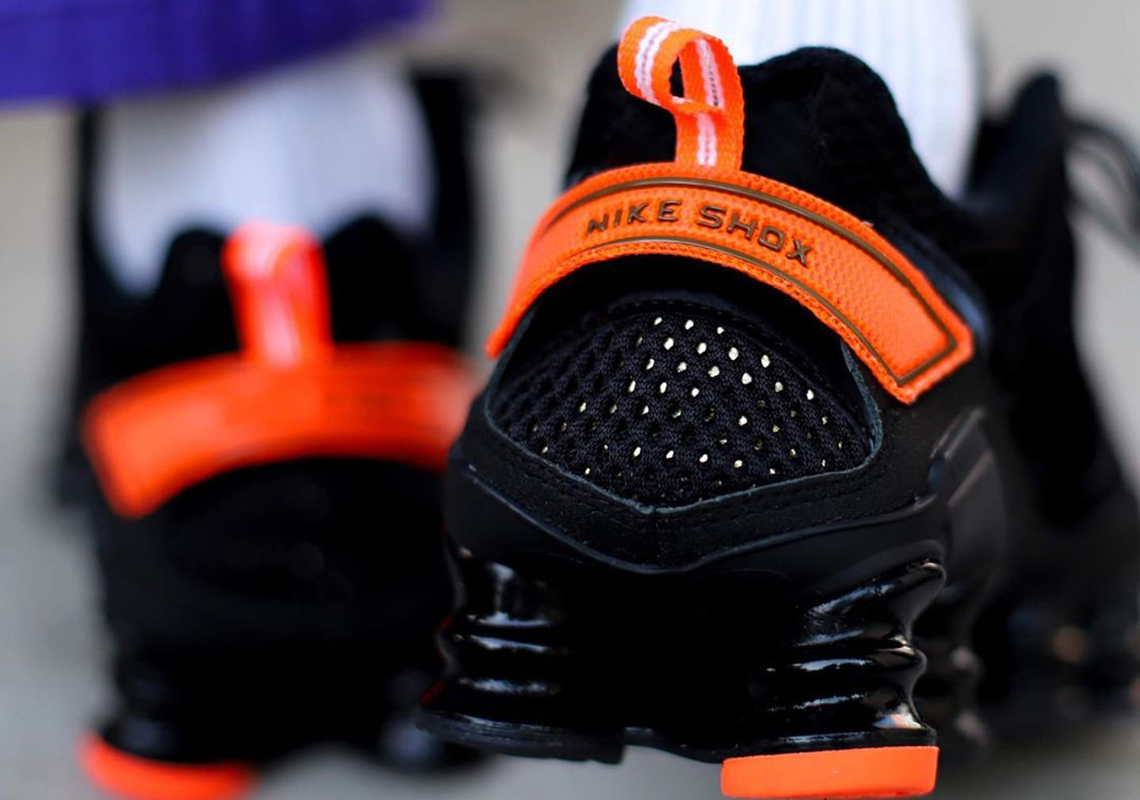