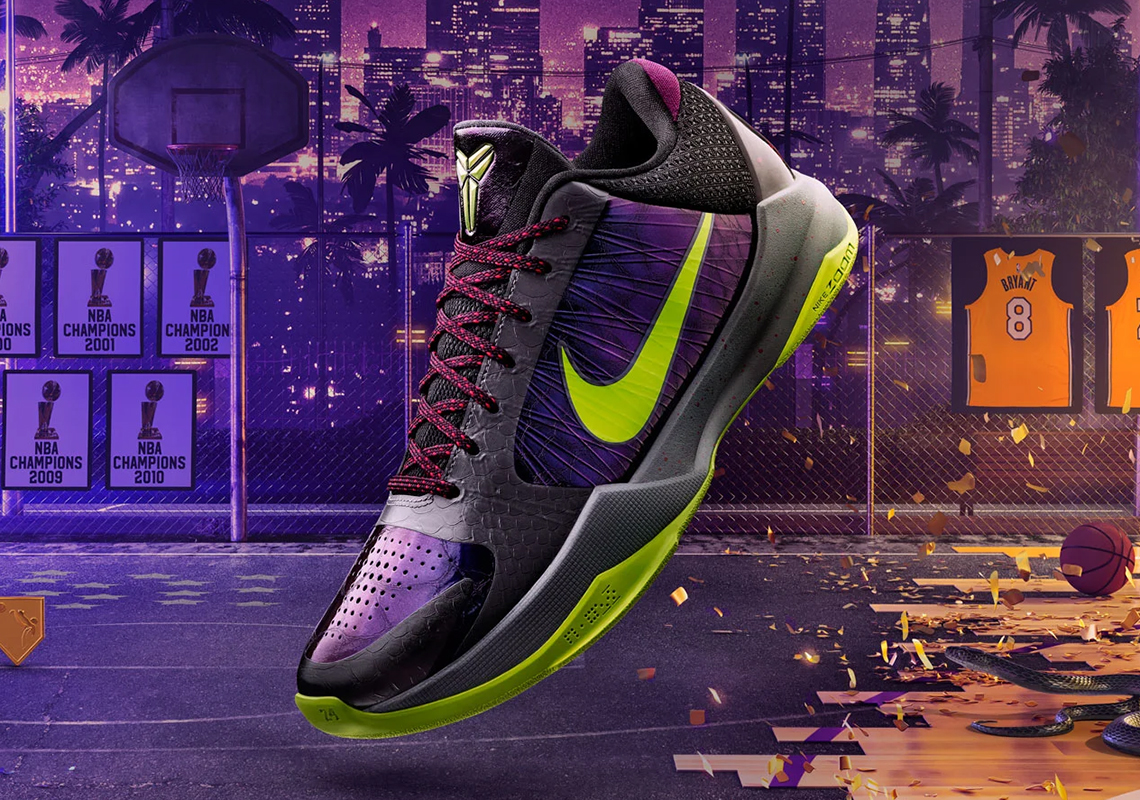 After kicking off their gamer exclusive initiative with the “Bron 2K” back in October, NBA 2K20 and Nike are proceeding along for the second installment of their partnership arriving in the form of an alternate colorway of the Kobe 5 Protro “Chaos”. While the Joker-themed colors and iridescent panels are still left in tact, the former Laker superstar’s 2009 Christmas Day footwear option amps the Mamba mentality up a notch by relieving its original white overlays along the throat/forefoot of their duties, and replacing them with charcoal snakeskin fabrications. The midsole piece follows suit in darker grey tones as well, making the its red splattered accents to be slightly less visible from a bird’s eye view.

For those looking to pick up a pair, make sure your game console controllers are at the ready as from December 26th-January 2nd, players who surpass Kobe’s Christmas Day high of 42 points in a MyPLAYER Nation game and win will unlock the chance to acquire a digital rendition of the pair, in addition to being granted access to purchase a physical version through the Nike SNKRS app. See a closer look here below at the pair here, and pray the gaming gods are on your side so you can secure them for yourself. 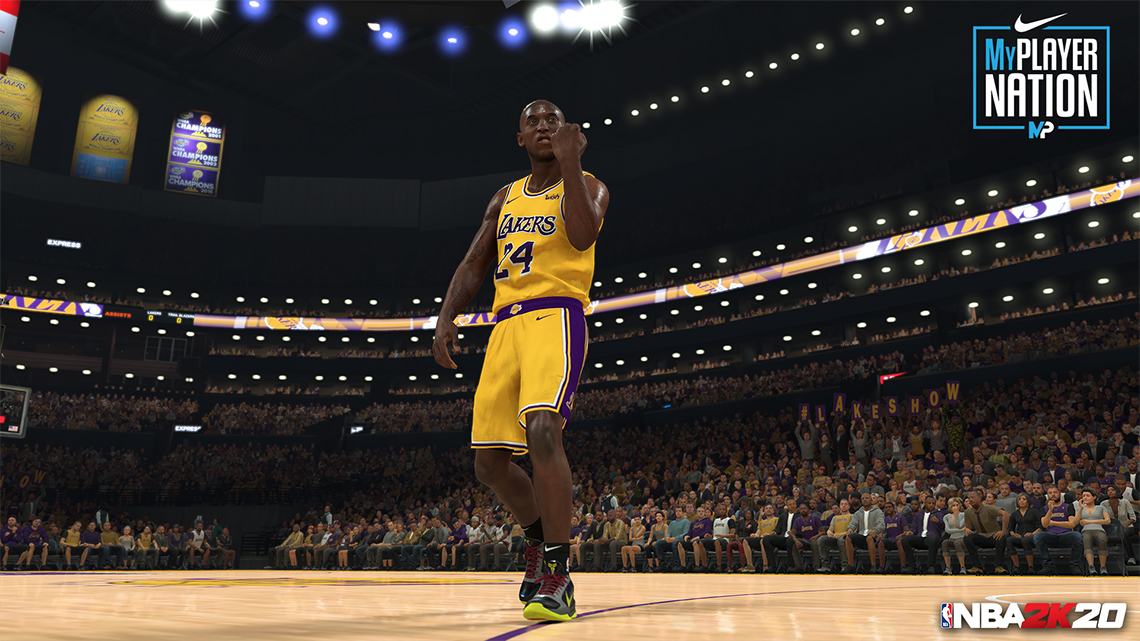 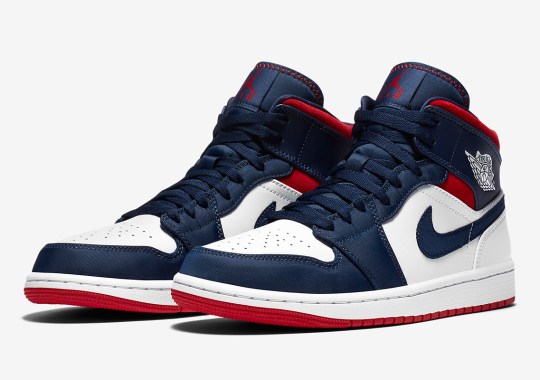 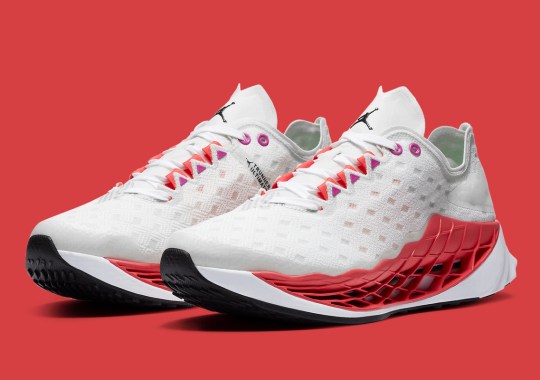 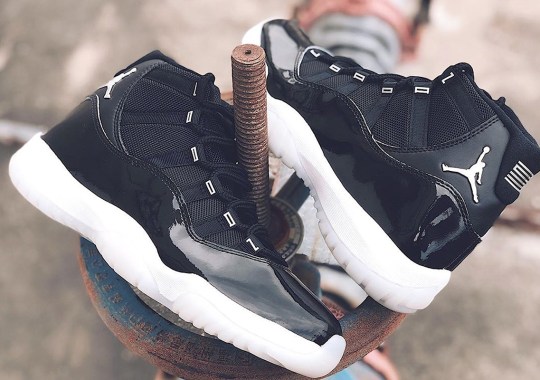