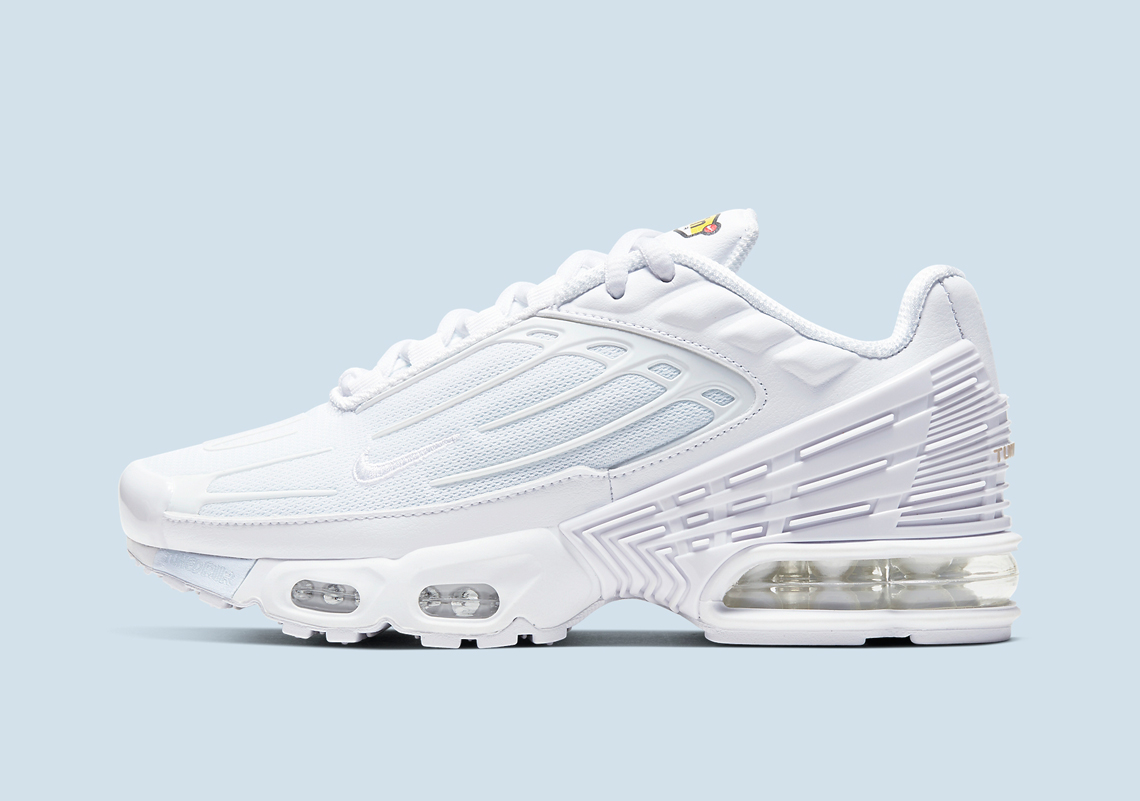 Ahead of this year’s Air Max Day, Nike has already given marquee models like the Air Max 90 – turning 30 this year – a true-to-OG reissue; unveiled the “current shoe of the future” with the new Air Max 2090; and breathed new life into the Air Max 270 React via a reengineered upper. And while these three models only begin to scratch the surface of the Swoosh’s Air-related endeavors for 2020, a silhouette that still remains in the shadows is the Air Max Plus 3. Recently surfaced in a “Triple-White” outfit for kids, the early-’00s sneaker gained a cult-following in places like the U.K. given its shared DNA with the flashy design and colorways made popular by its Air Max Plus predecessors; TPU detailing across its uppers and heel create a striking, modern look that pairs well with the model’s typical gradient finishes. Though primarily colorless, the aforementioned tooling makes room for a faint blue hue at the forefoot and across the toe box. The only other deviation from this tonal scheme comes via the Tuned Air badge and text at the tongue, heel, and outsole in their signature yellow and red arrangement.

Grab a closer look at this Air Max Plus 3 below – shown in a Grade School size – and keep it locked here as more release details get revealed in the coming weeks. 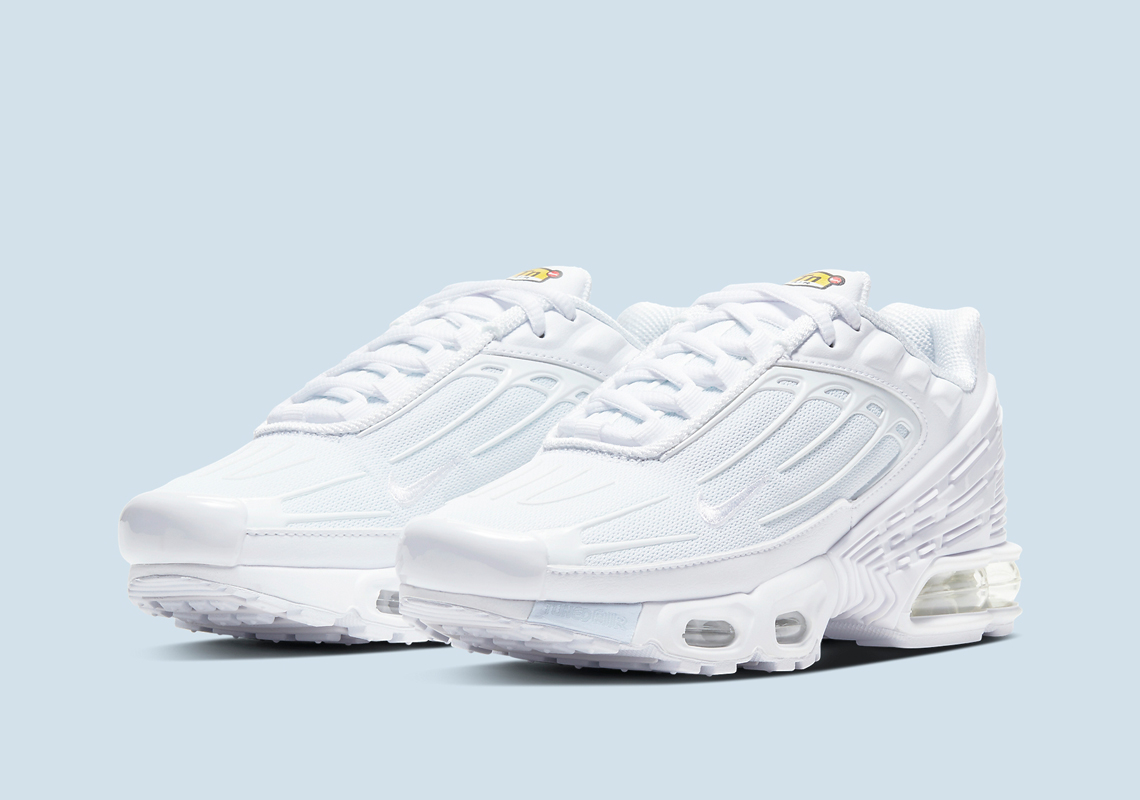 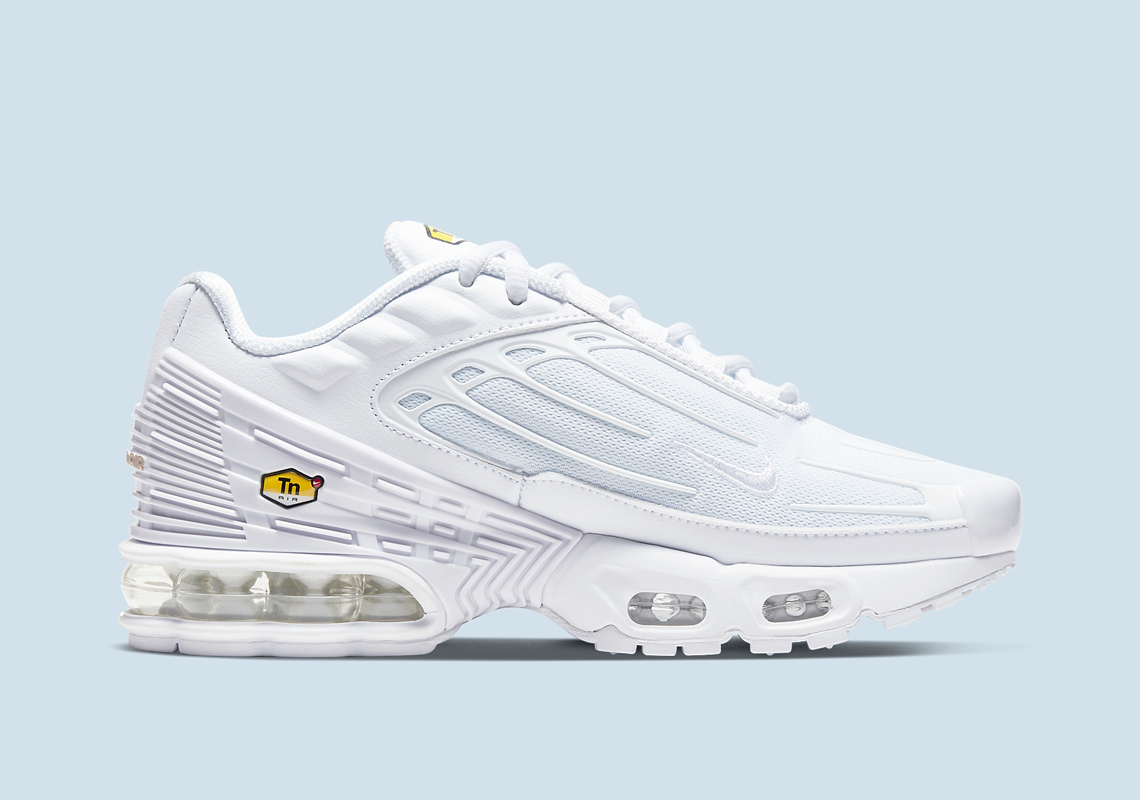 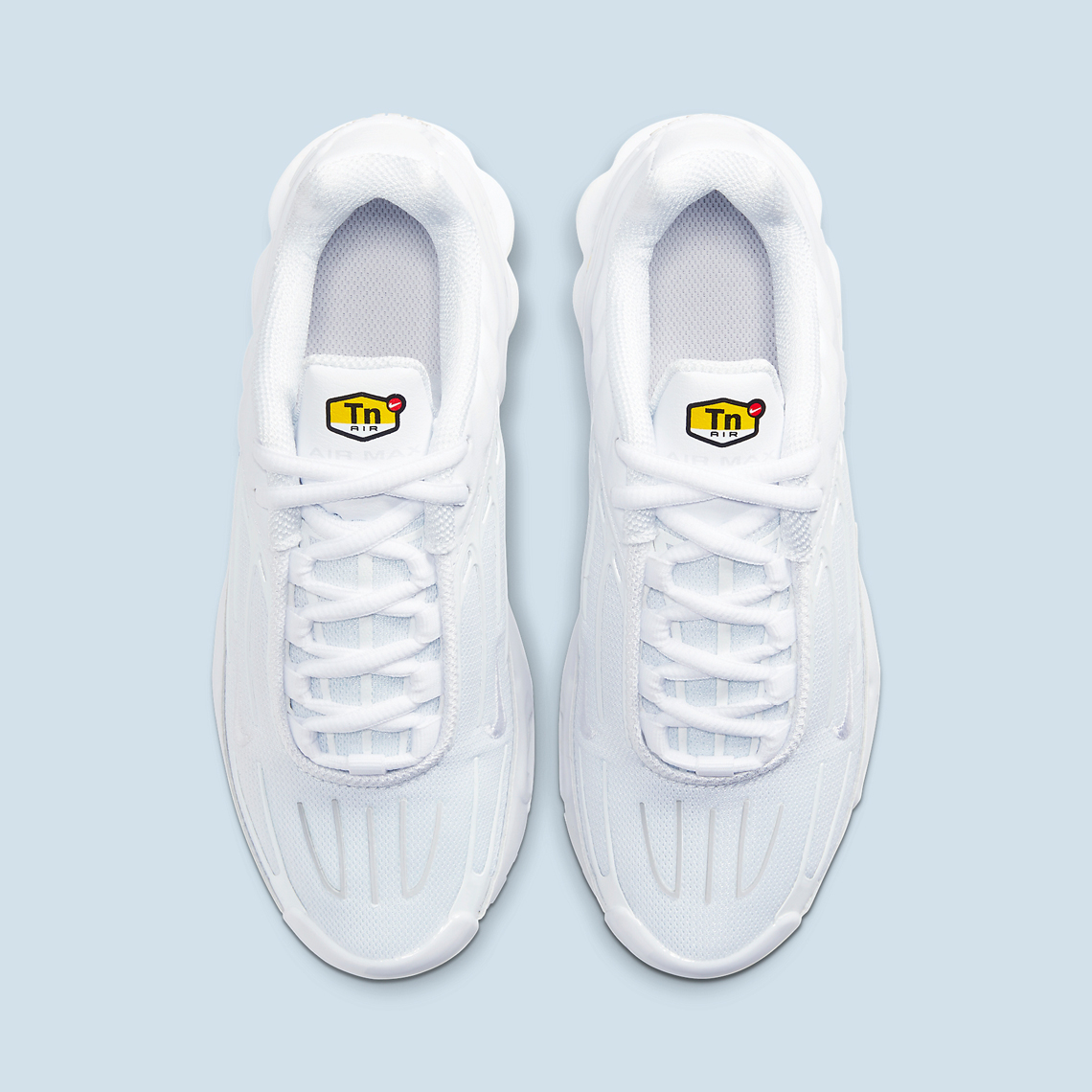 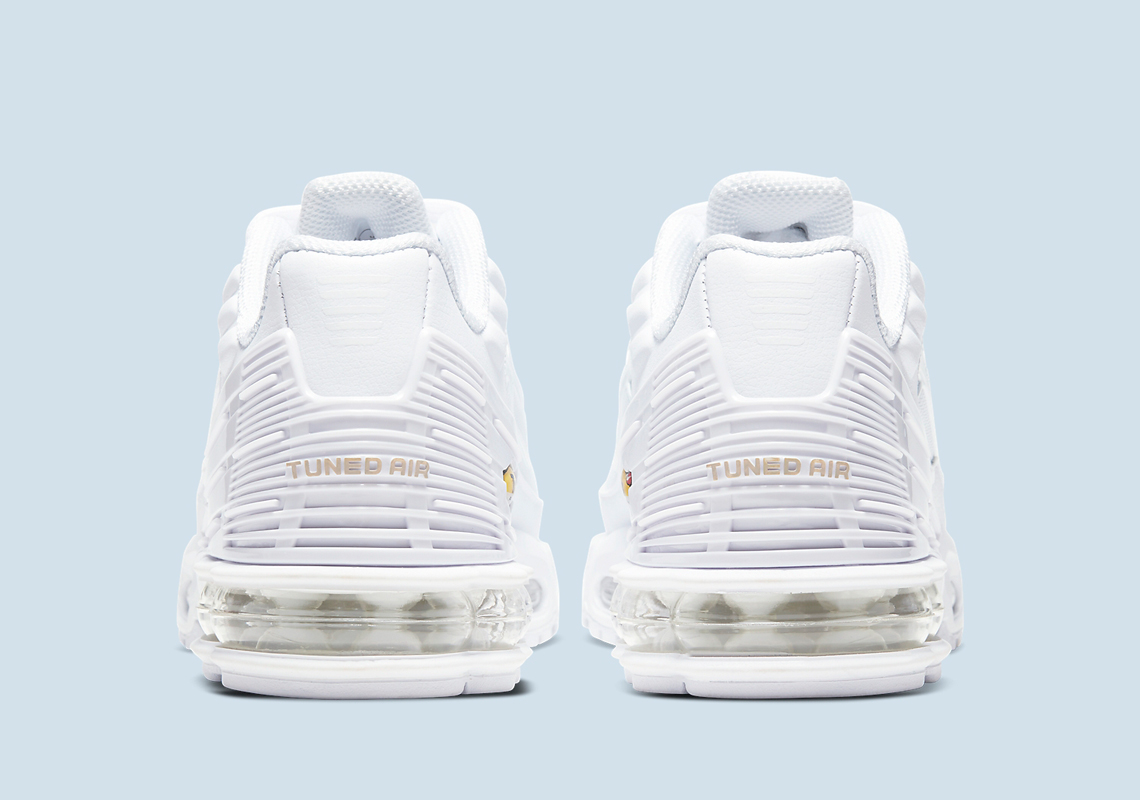 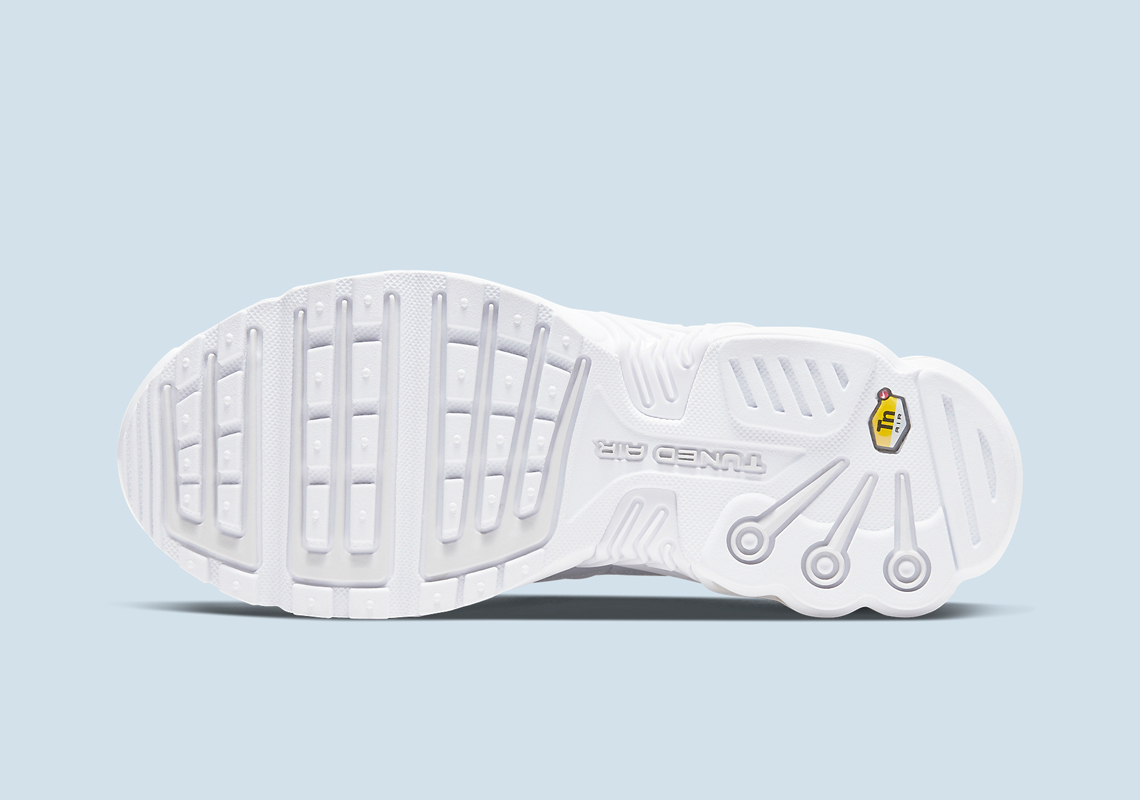