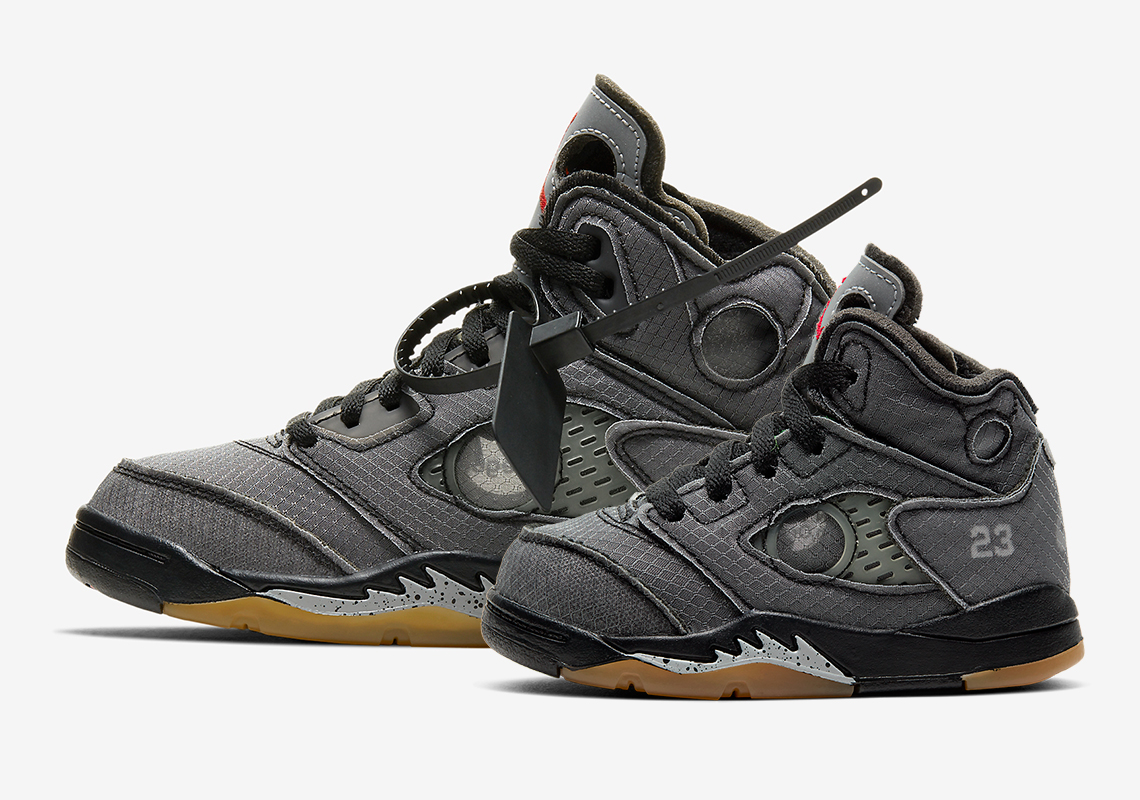 Though it was revealed earlier last week, the Off-White x Air Jordan 5 still had a lot left secret in terms of its roll out. Pricing info, style codes, and a general release date were all public knowledge well in advance of the All-Star preview, but even after the event, it seems little else was further revealed — not even a peep was murmured regarding its now confirmed Pre-School and Toddler sized component. Translating all the details quite well, the pairs essentially downsize the entire silhouette: material, bold white text, and circular windows all included. The youngest of the two is the most apparent in difference — obviously losing much of the original shape by way of its last — while its peer matures to a much closer likeness. Likely inbound at or around the same time as the adult sizes, expect both to launch come February at a retail of $70 USD for TD and $90 USD for PS. 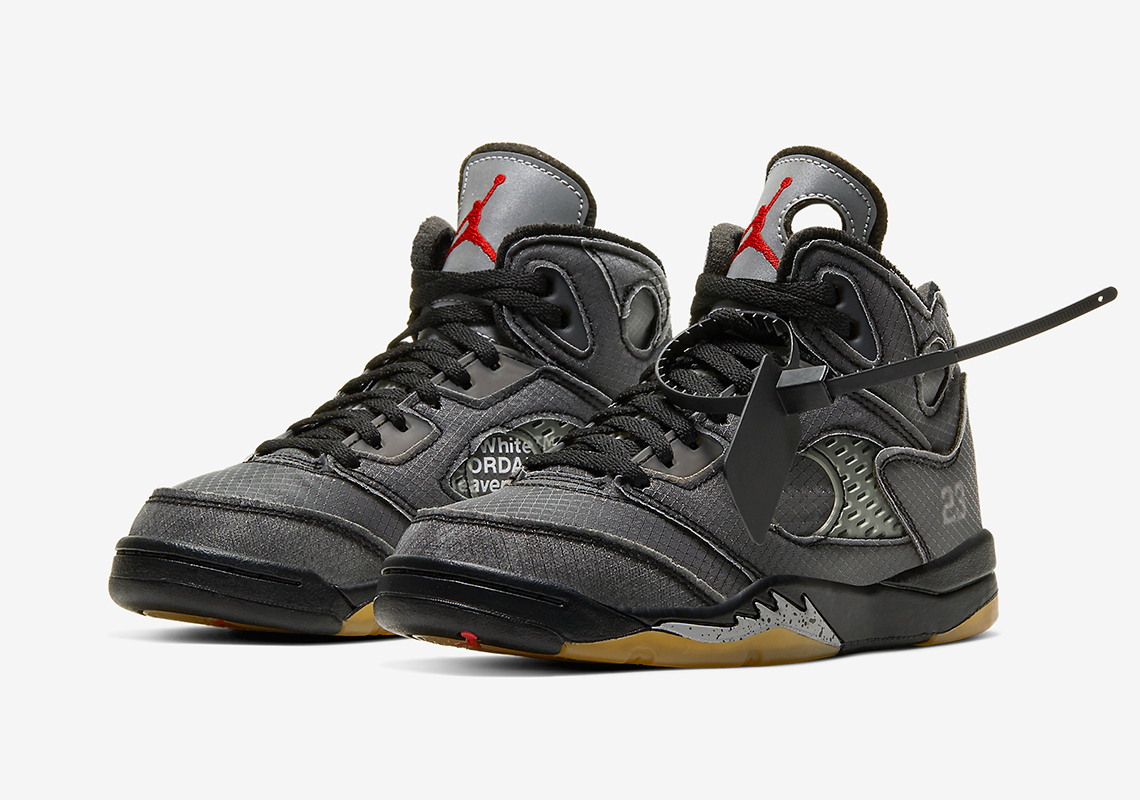 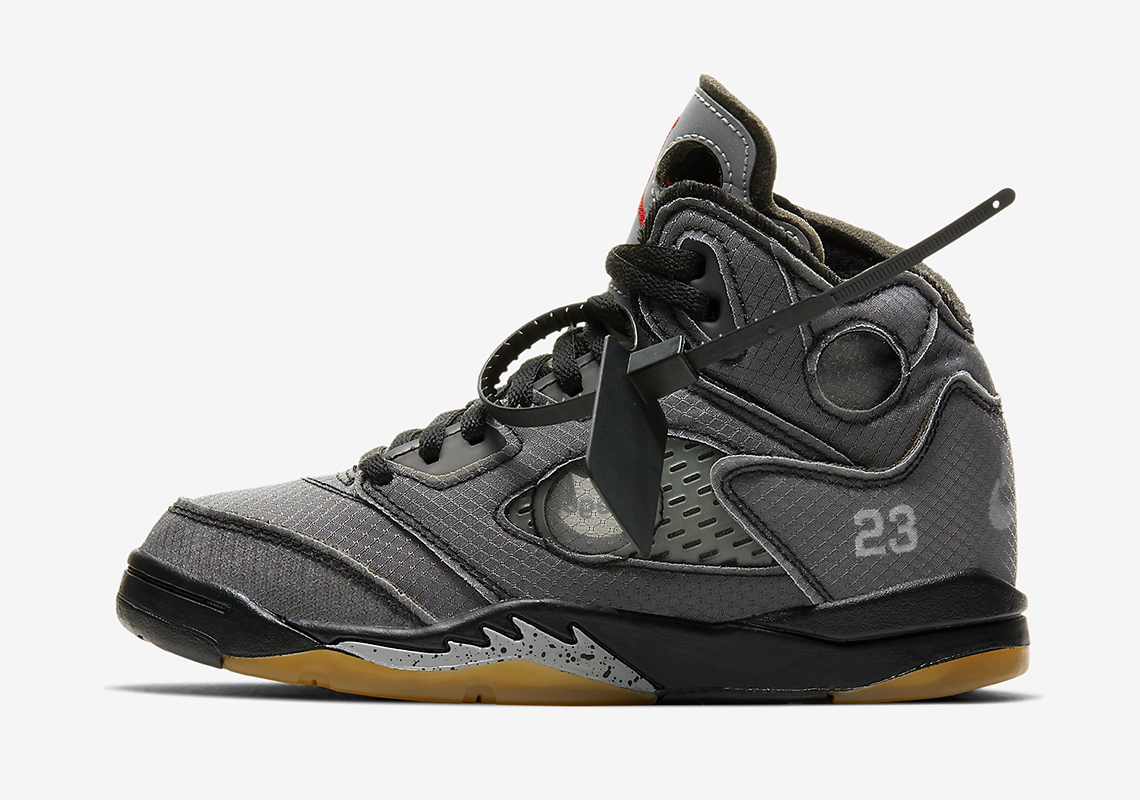 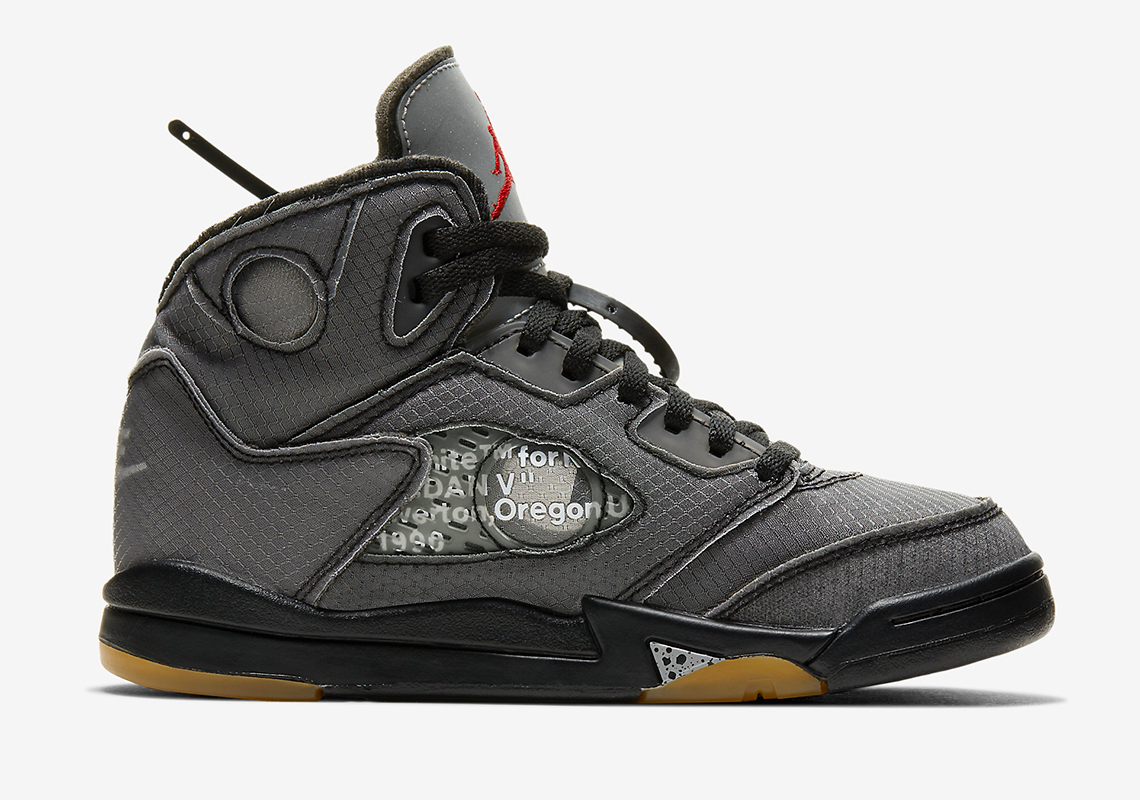 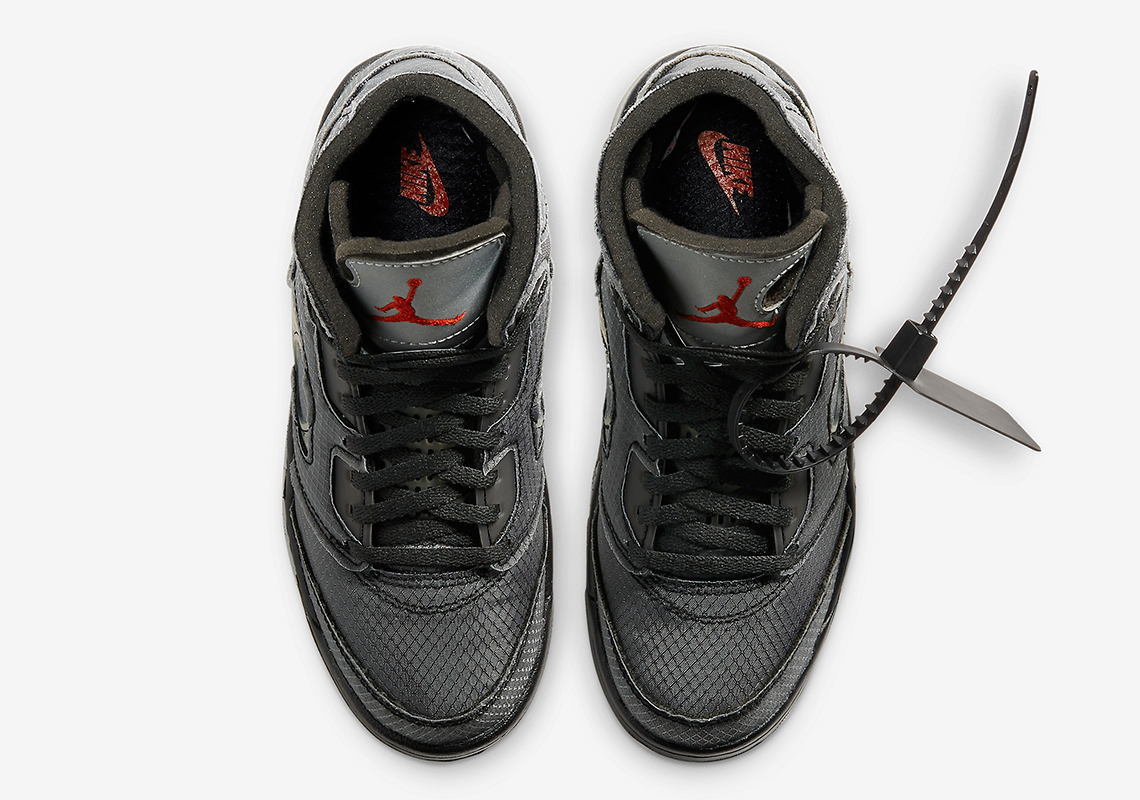 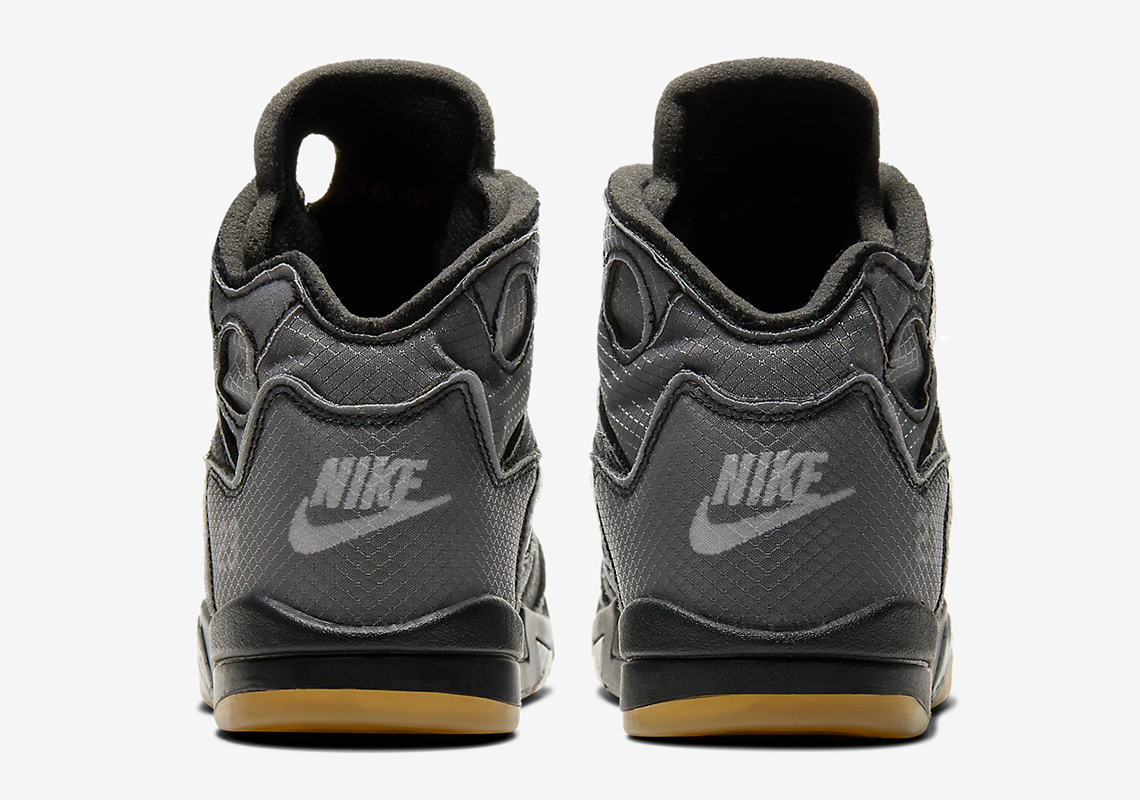 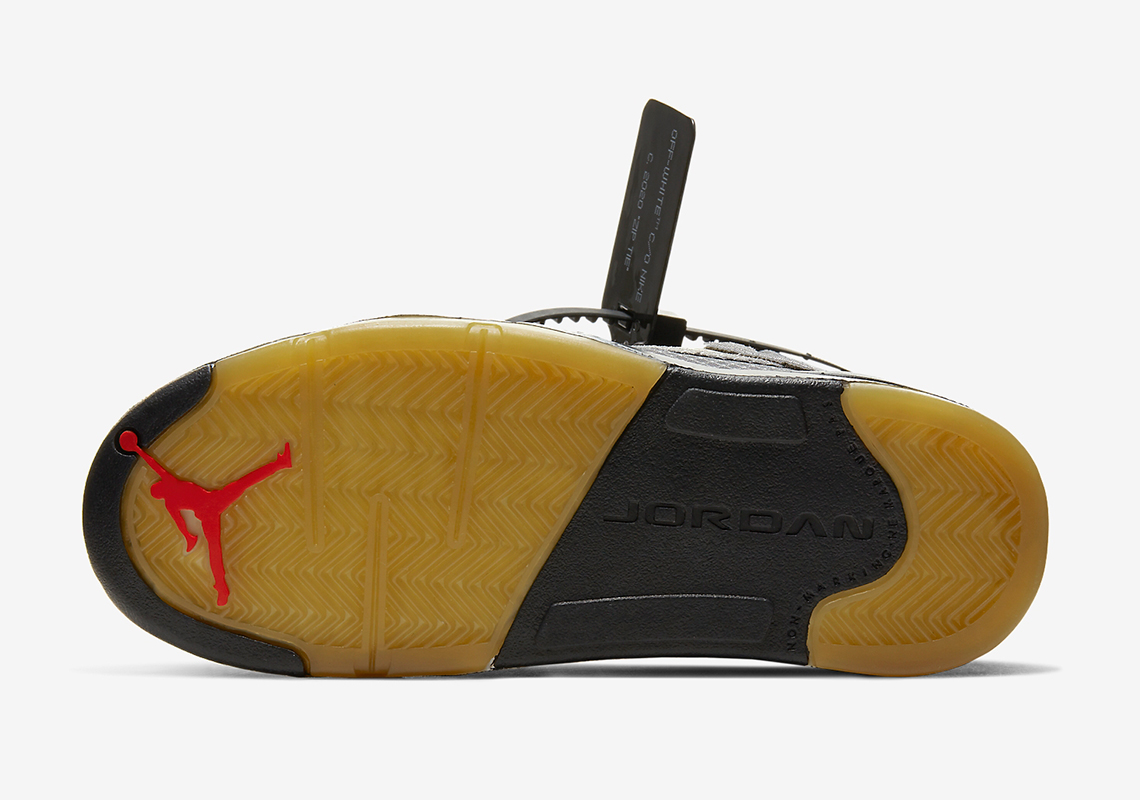 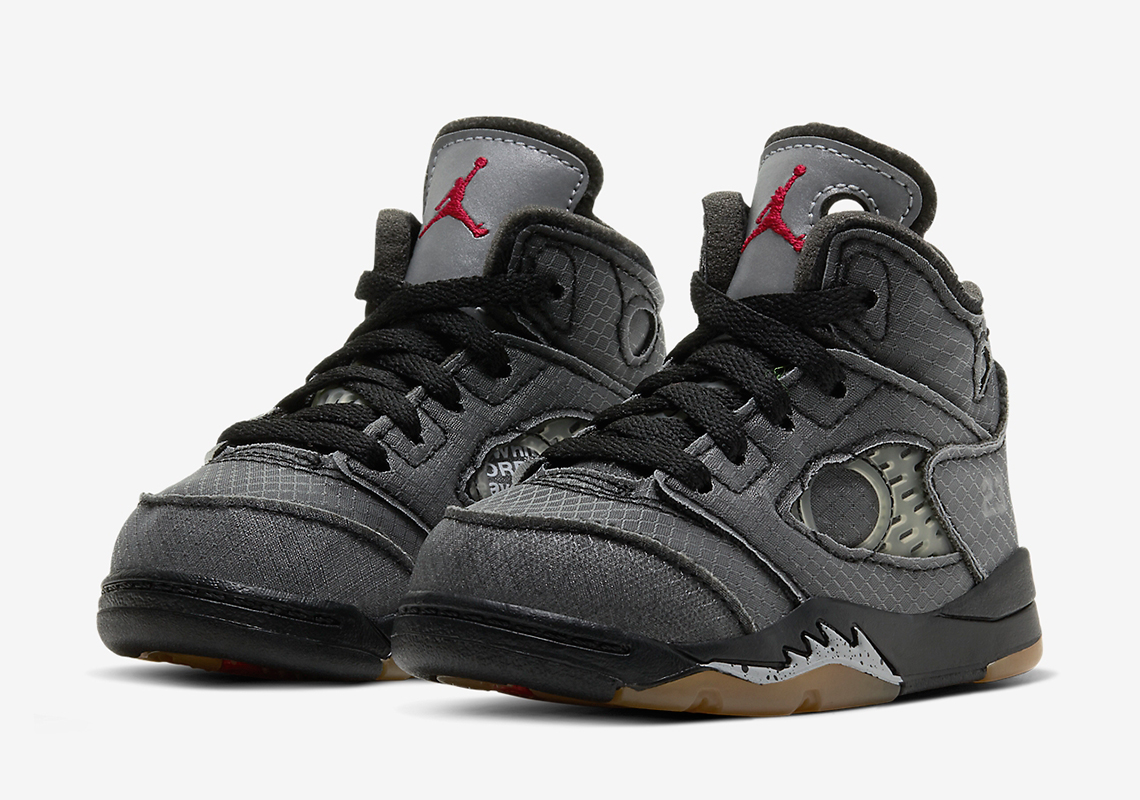 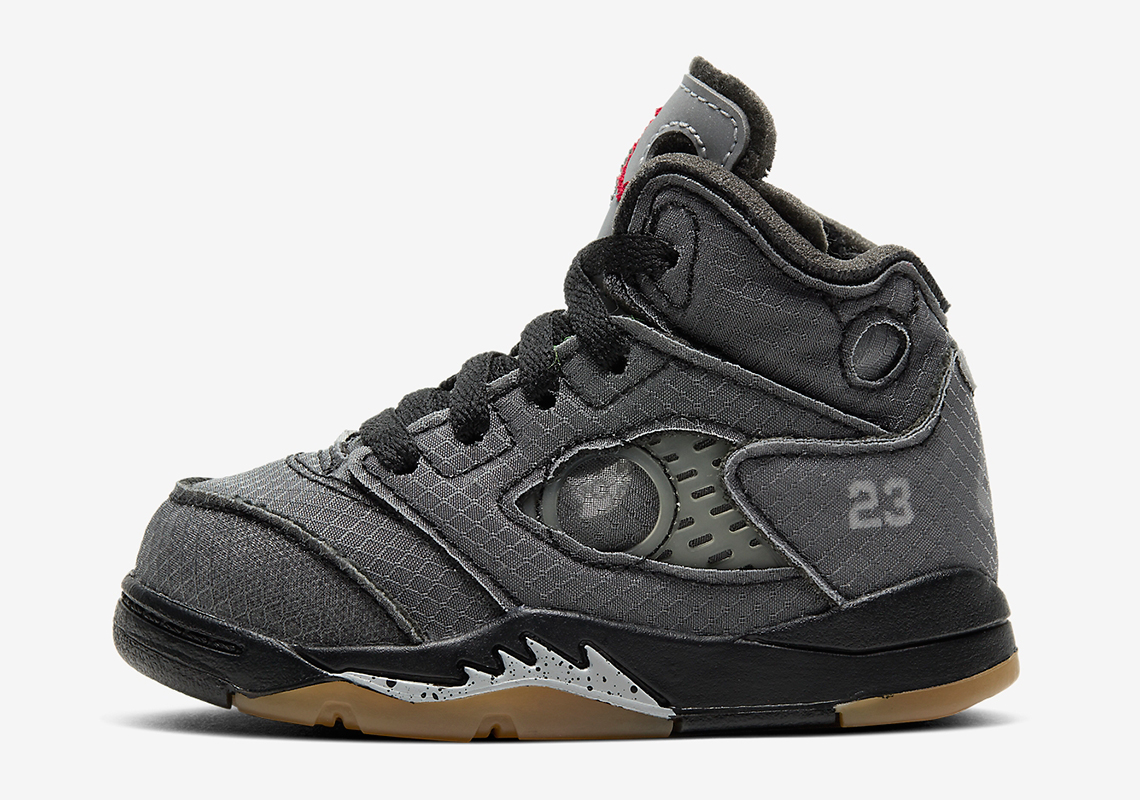 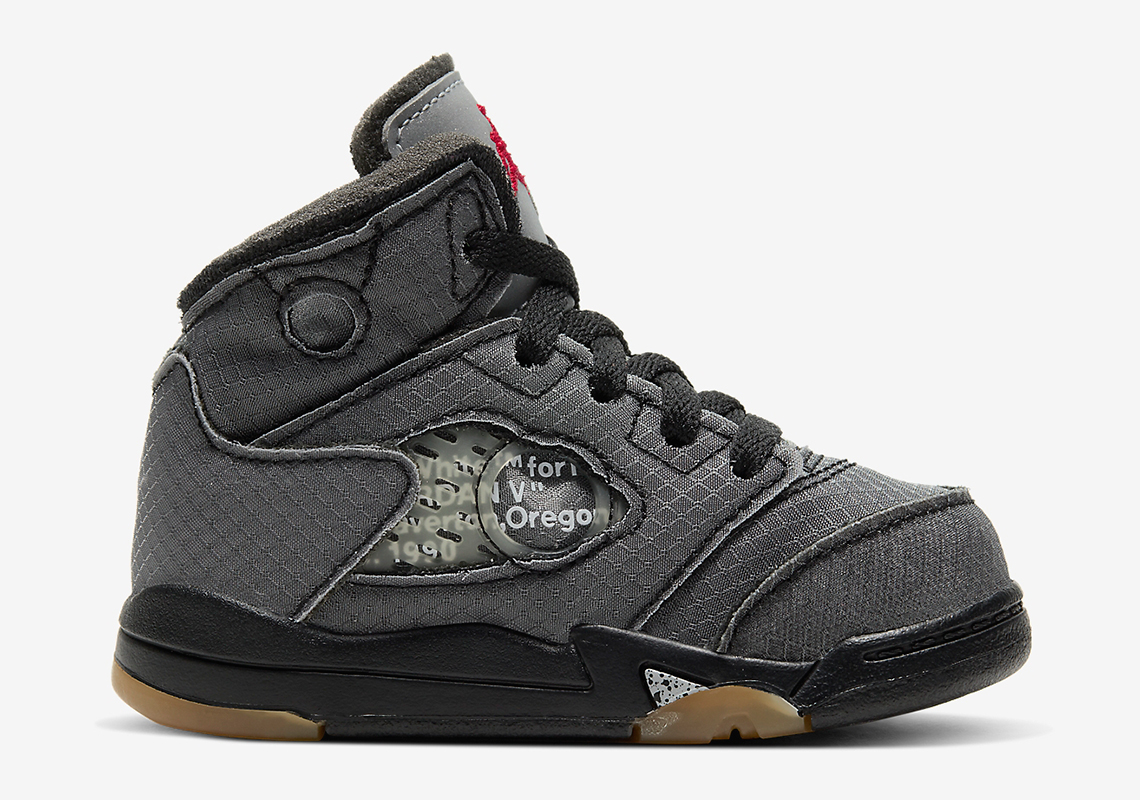 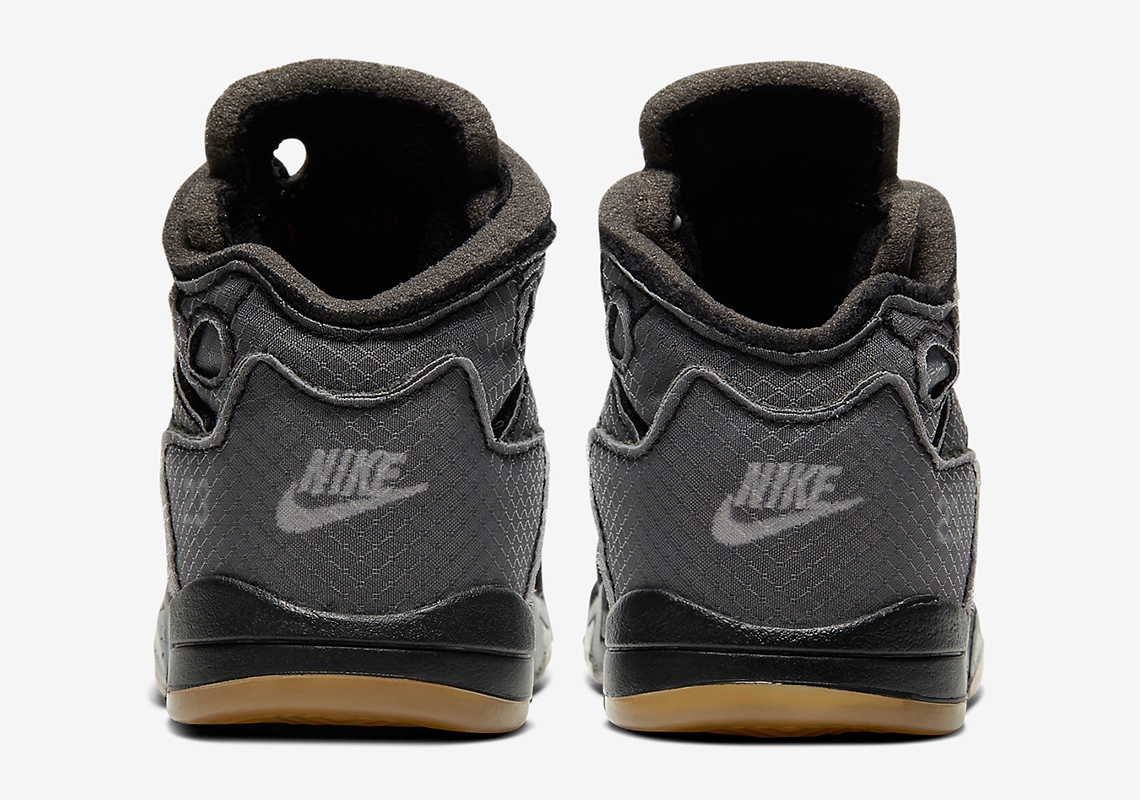 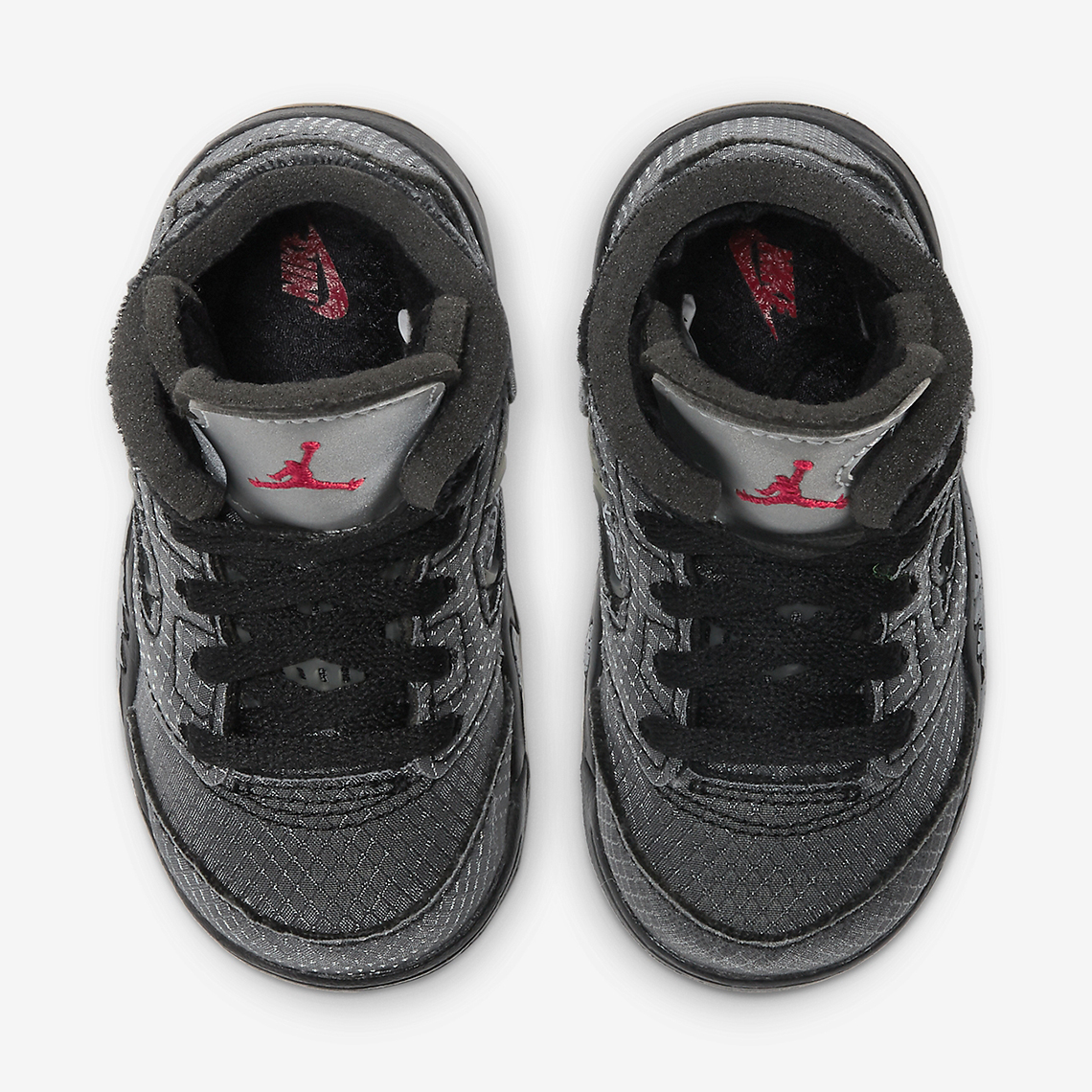 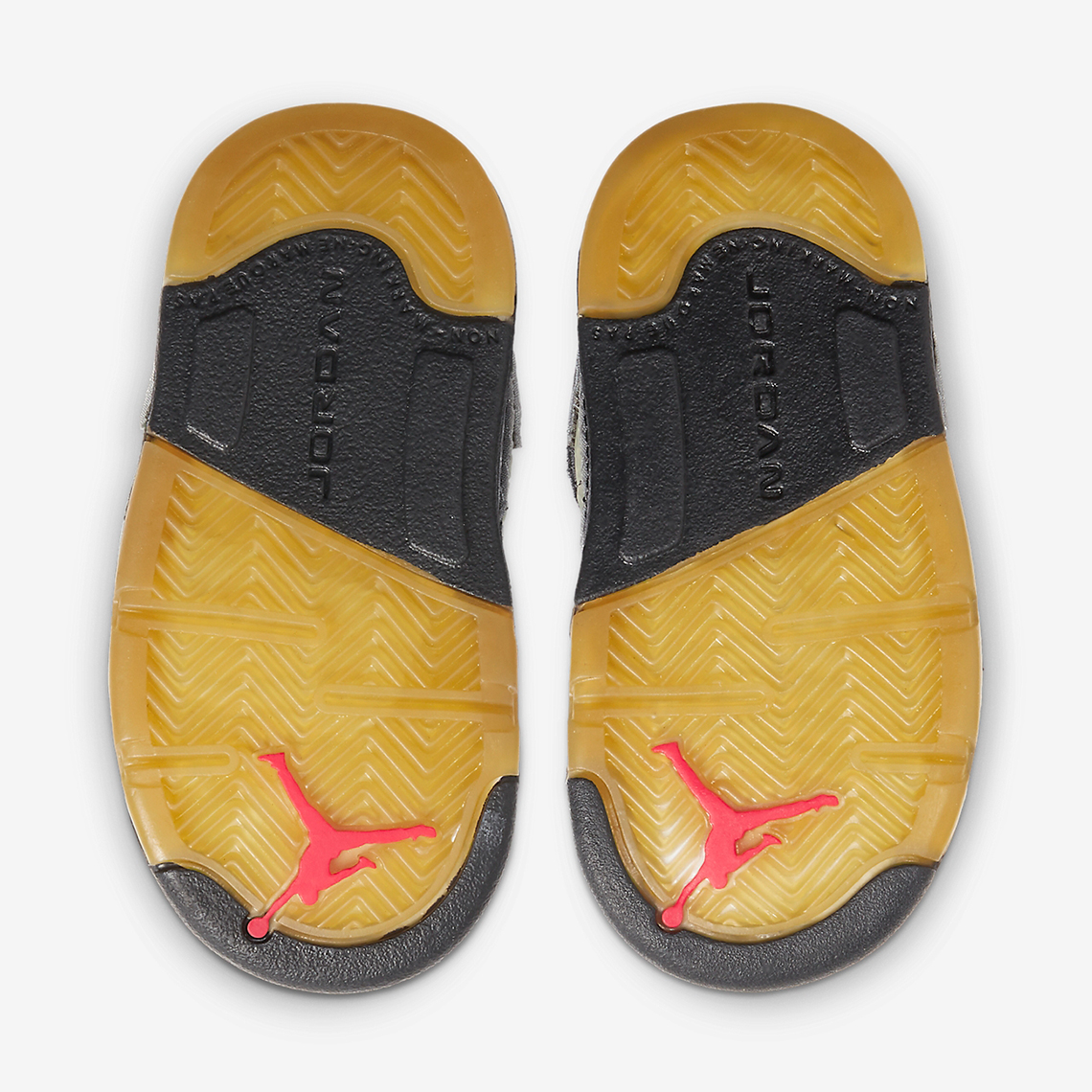