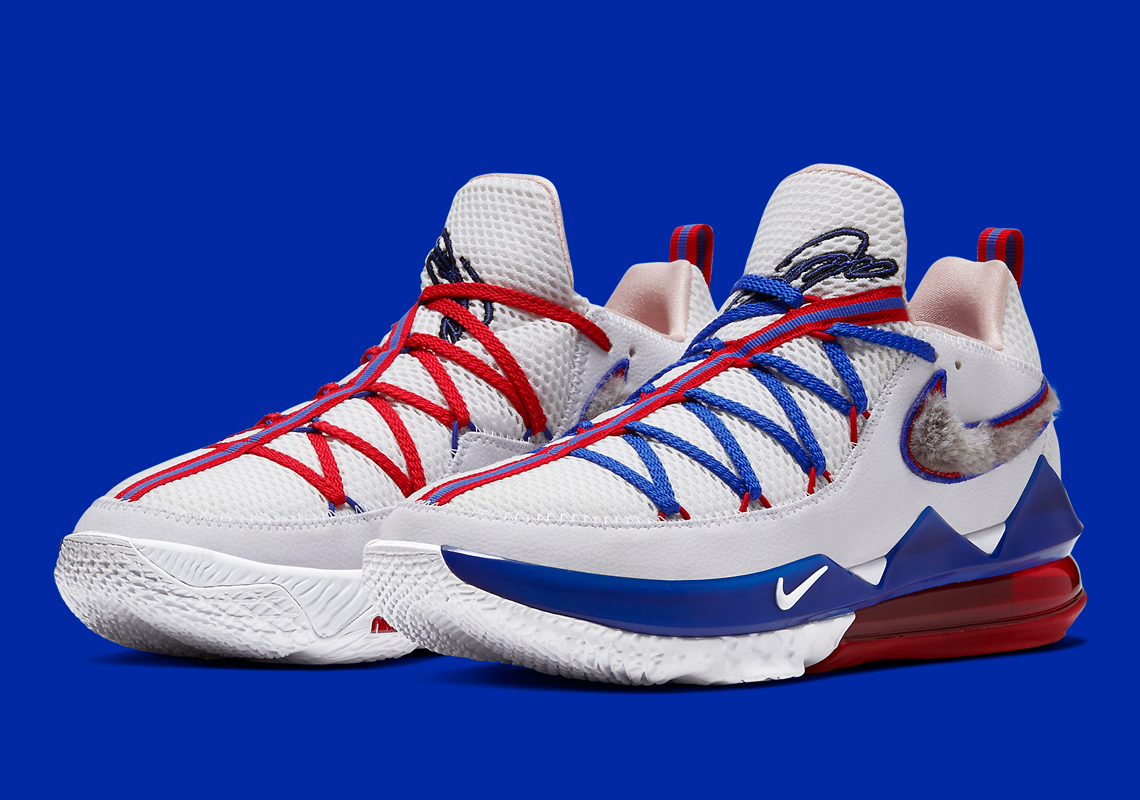 The 2020 NBA All-Star Weekend in Chicago was about sneakers just as much as it was about basketball. First-time All-Star Devin Booker gave us a first-look at the Nike Dunk Low Kentucky; All-Star Game MVP Kawhi Leonard debuted his New Balance KAWHI; and LeBron James brought yet another Space Jam character to sneaker-form with the LeBron 17 Mr. Swackhammer, a direct contrast to the LeBron 17 Low “Tune Squad”.

Debuted earlier this month against the Denver Nuggets, the low’s inaugural colorway was inspired by the Tune Squad’s uniform in the 1996 film. White mesh toe boxes, throats and heel panels join with white leather mudguards and midfoot overlays to set the stage for red and blue accents throughout the upper. And though the two-tone arrangements of the laces, spines and Air Max 270 React-like midsoles are notable in their own right, the furry profile Swooshes are unquestionably the pair’s standout detail. Other Space Jam-elements include Bugs Bunny’s signature “What’s Up Doc?” phrase behind the tongue and the “Tune Squad”-bullseye logo printed on the insoles.

Take a closer look at the debut LeBron 17 Low here below and mark your calendars for February 28th if you’re stateside and planning to grab a pair for $160 USD. 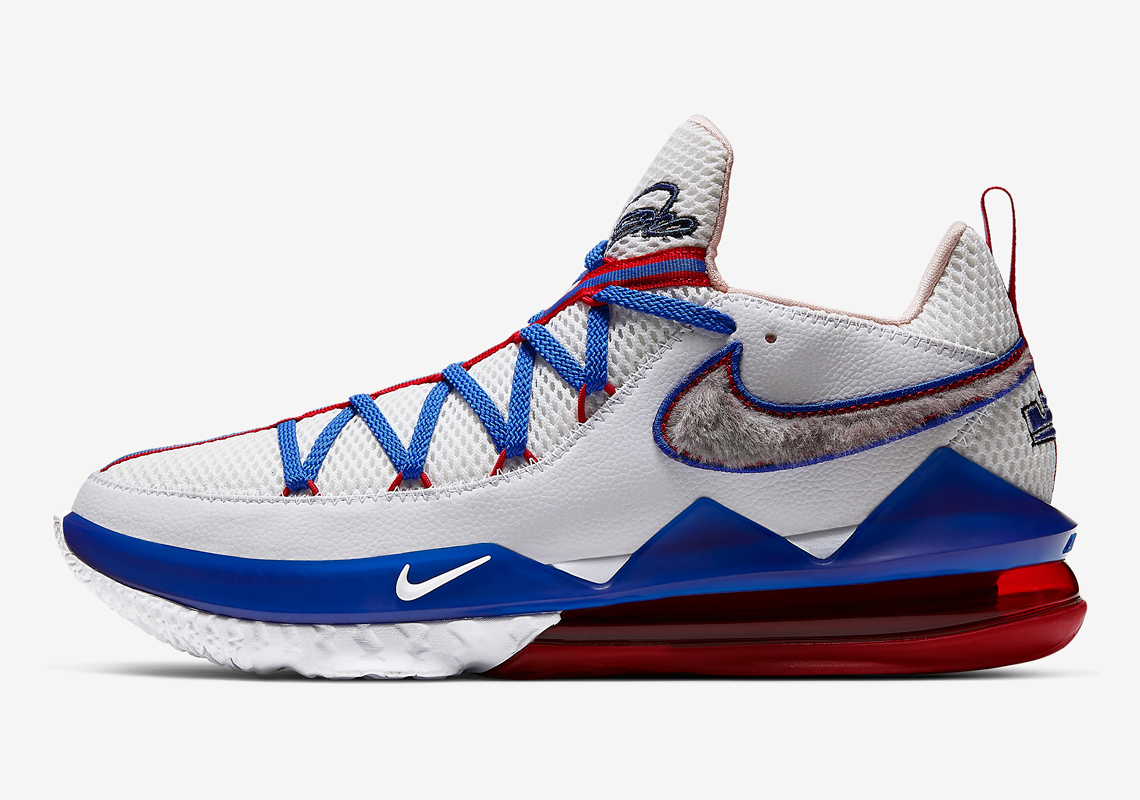 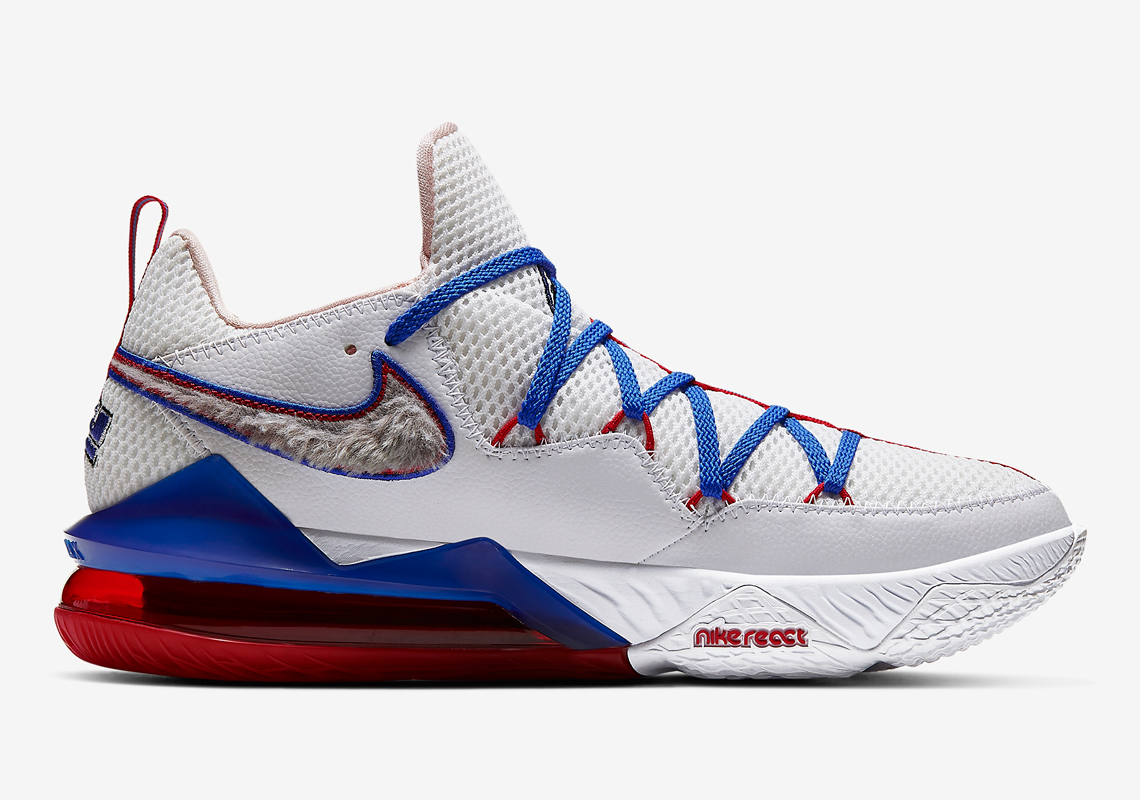 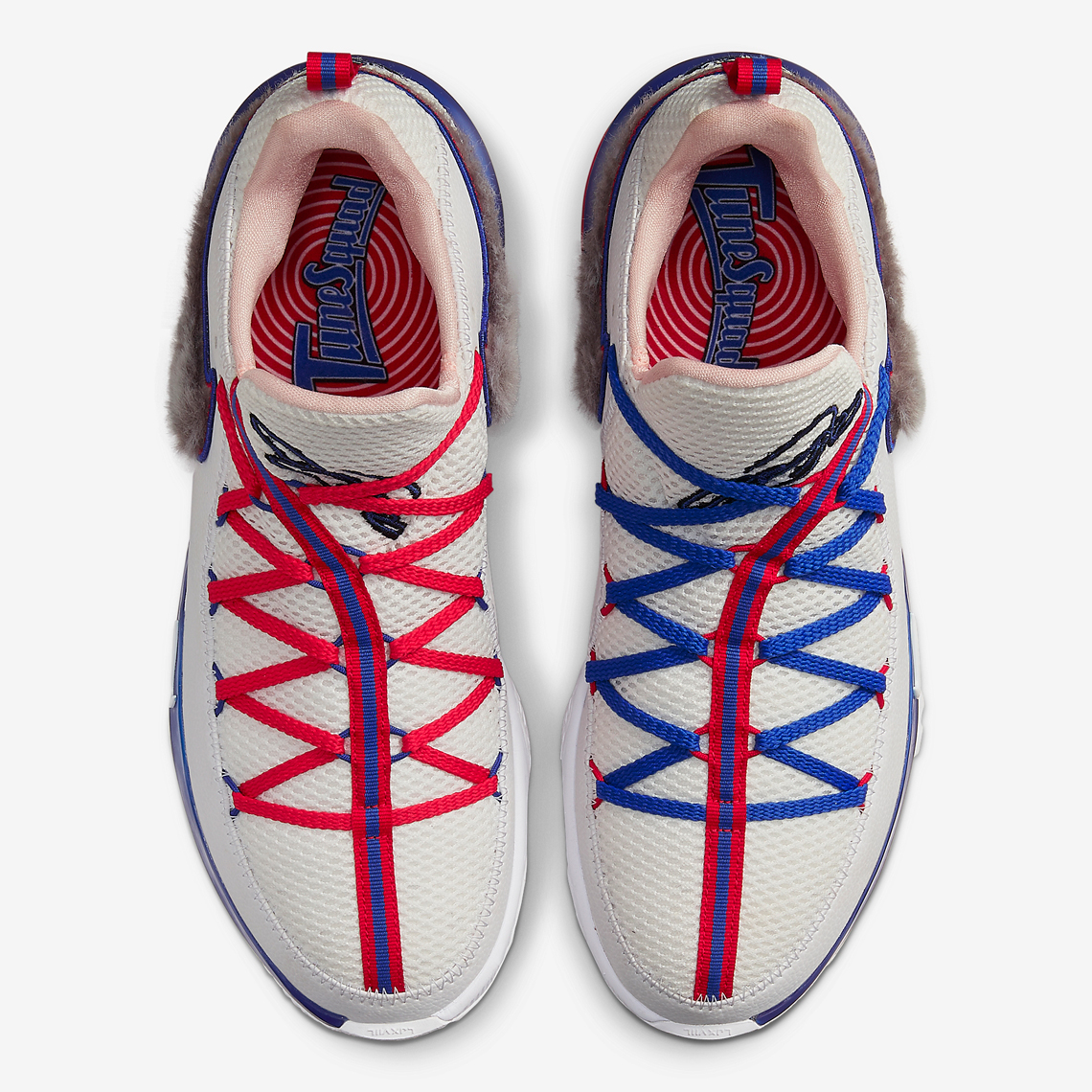 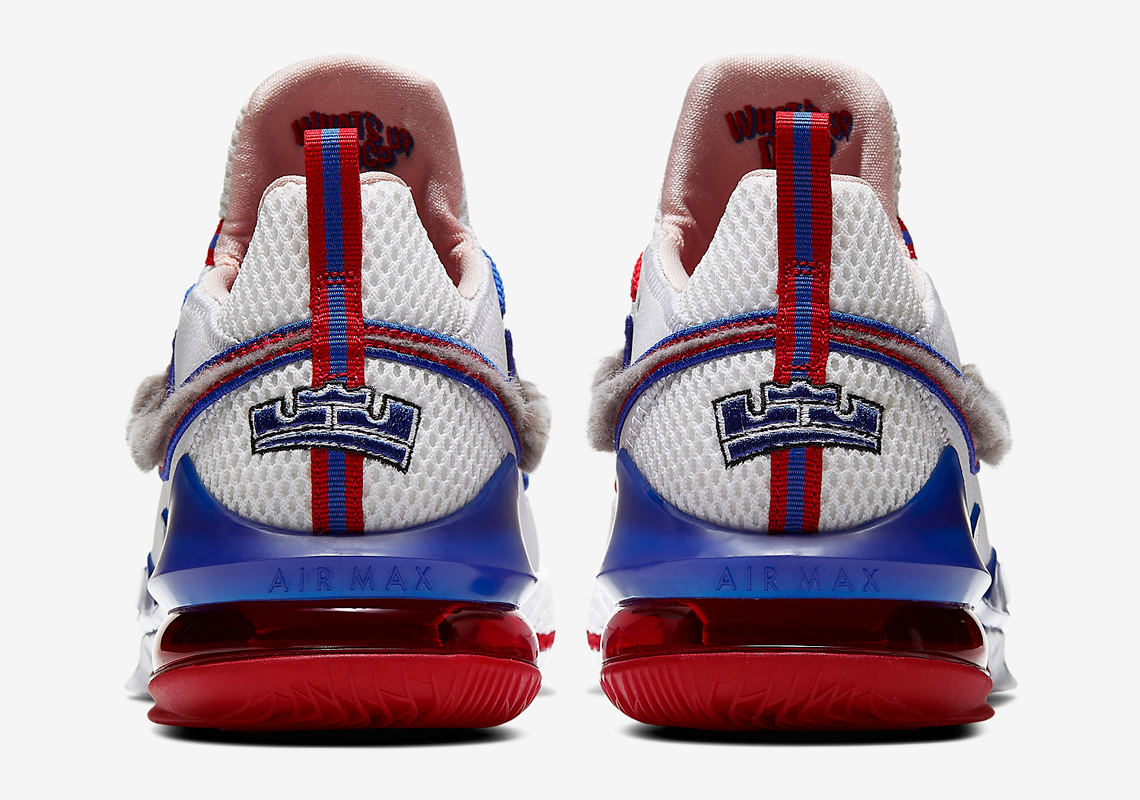 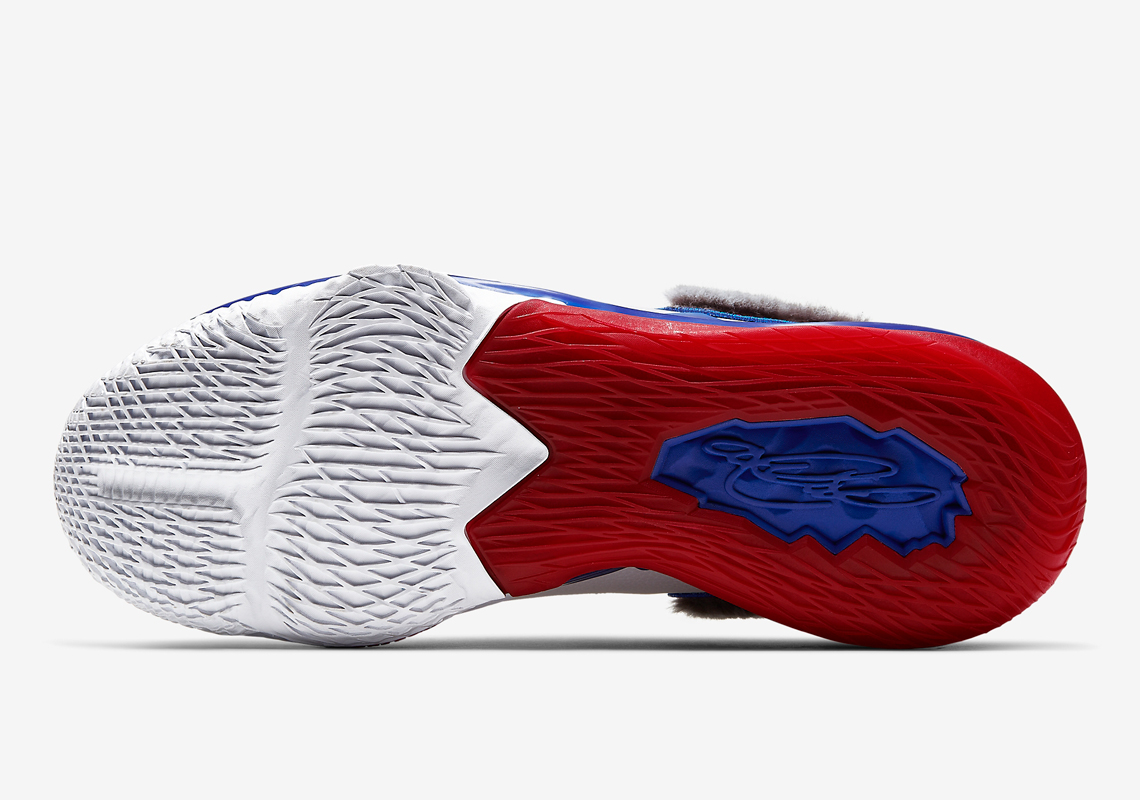