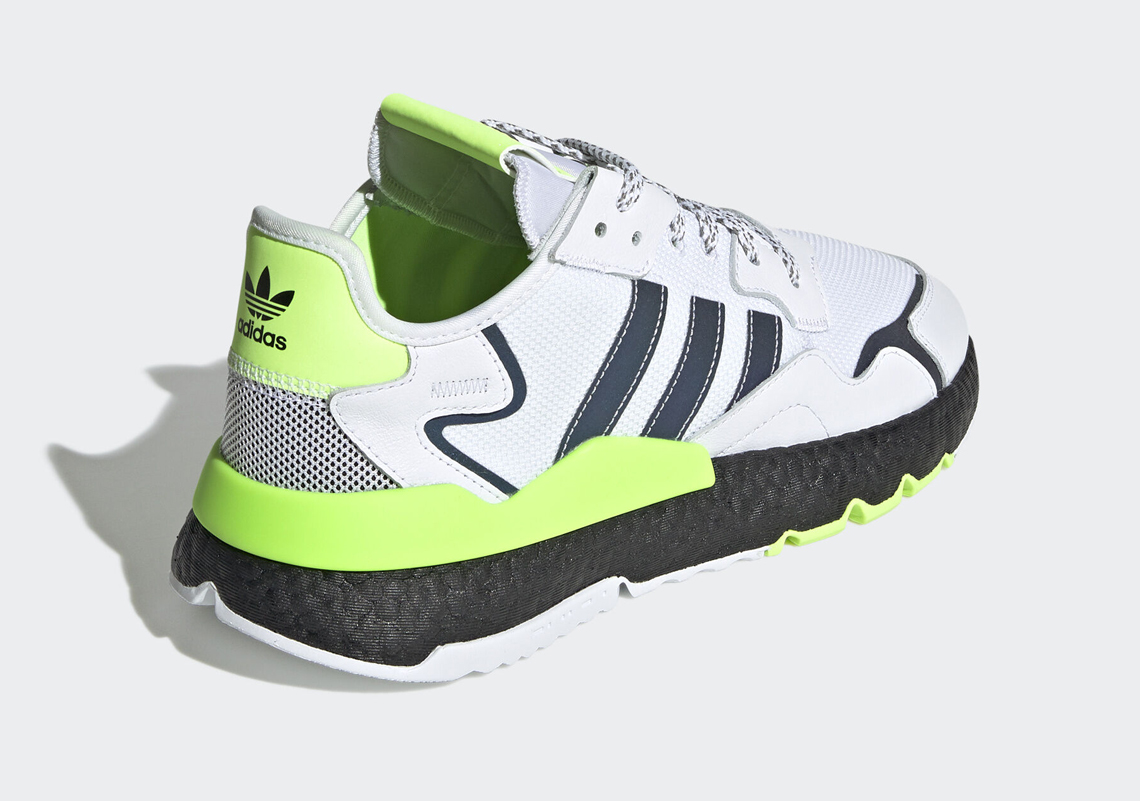 Free from any non-standard branding like on Ninja’s “Time In” version, this Nite Jogger keeps all the same features that make it adidas’ shoe for “night time creators.” Mesh bases and their leather overlays heavily favor an off-white arrangement. “Core Black” accents at the forefoot, midfoot three stripes and rear accompanying their understated surroundings until they’re hit with light and illuminate in an iridescent sheen. Forgoing any reliance on third-parties, TPU heel clips and tabs, as well as inner lining, tongue patches and outsole wear zones go all-in on high-visibility with their “Signal Green” styling. Down below, BOOST-midsoles opt for “Core Black,” further allowing the neon flair up-top to make a statement.

Take a closer look at this Nite Jogger here below and find pairs on adidas.com for $130 USD come March 1st. 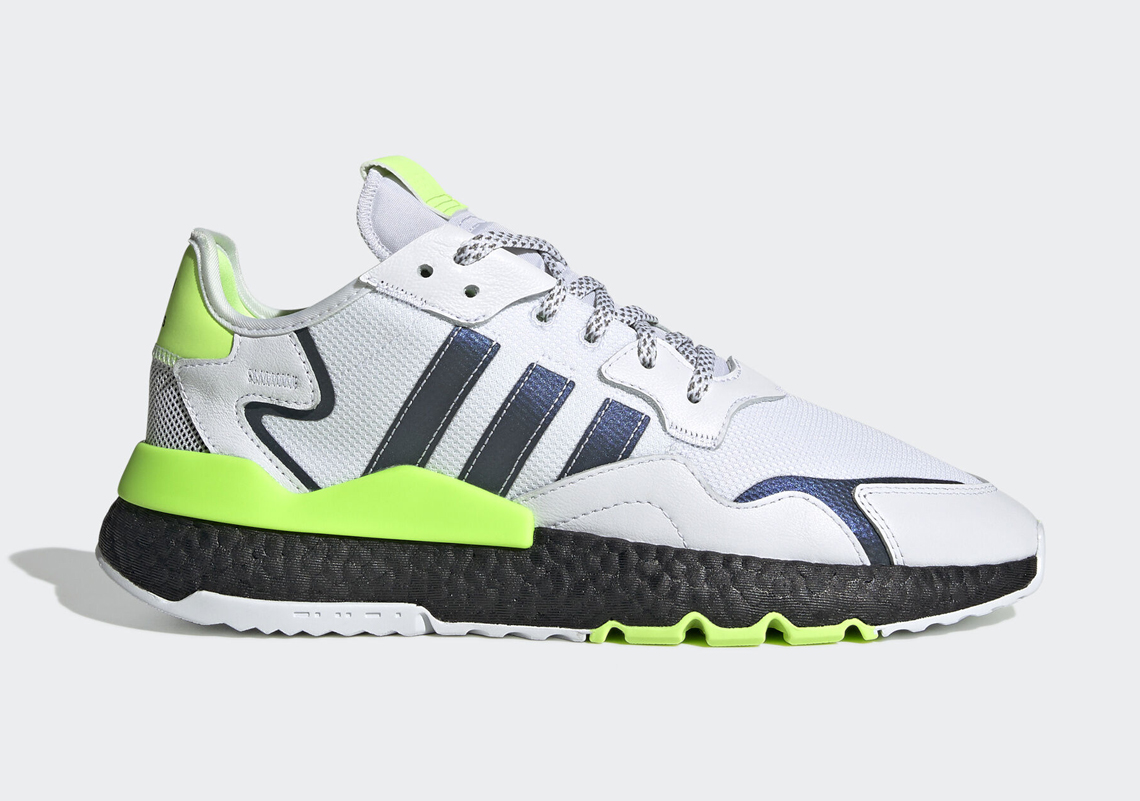 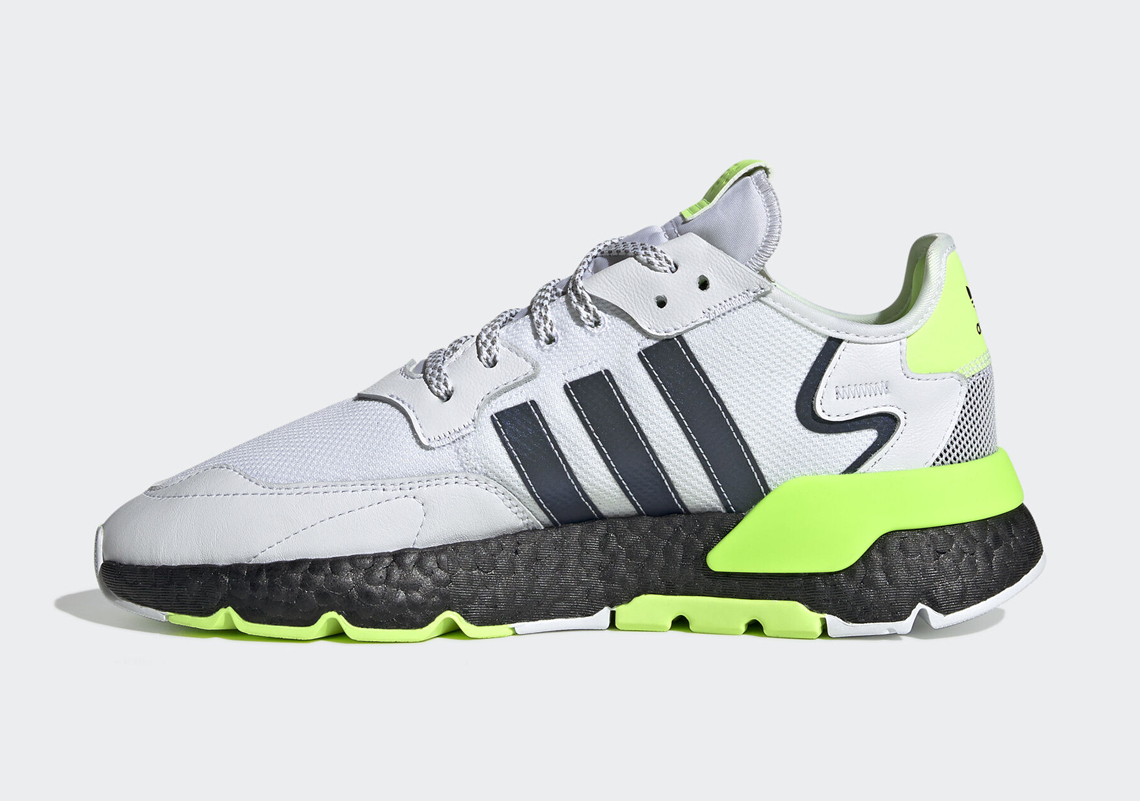 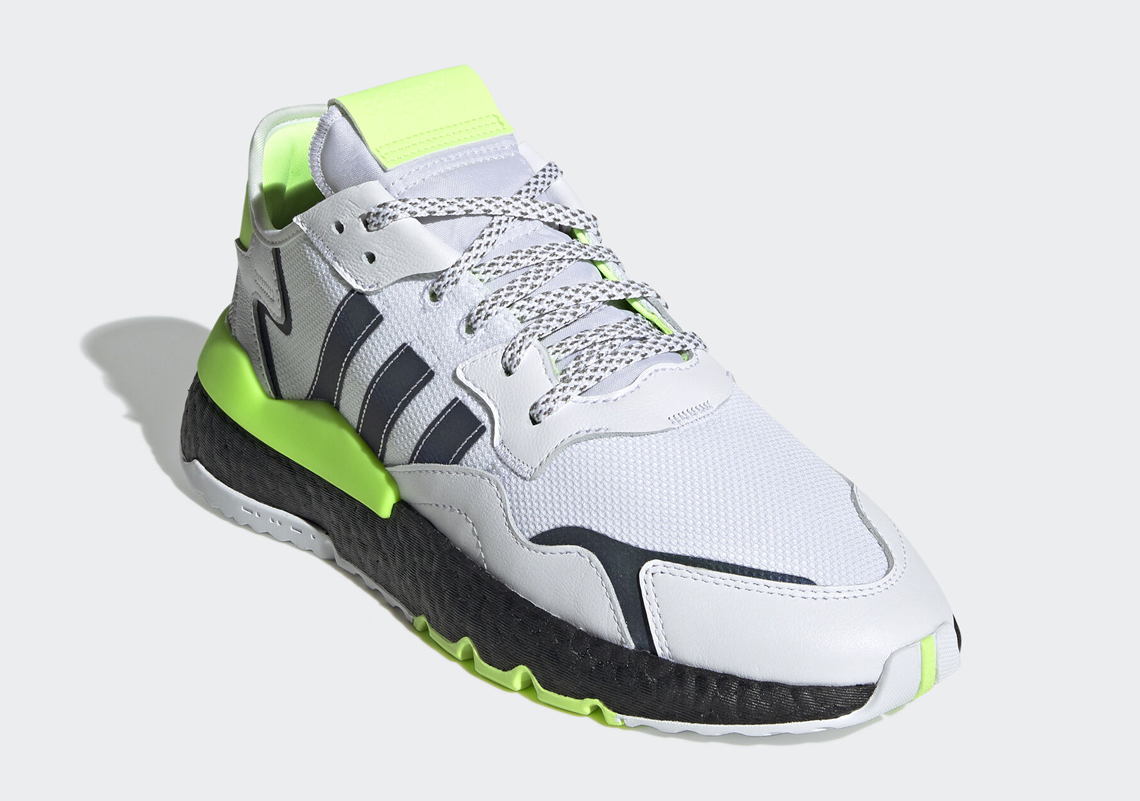 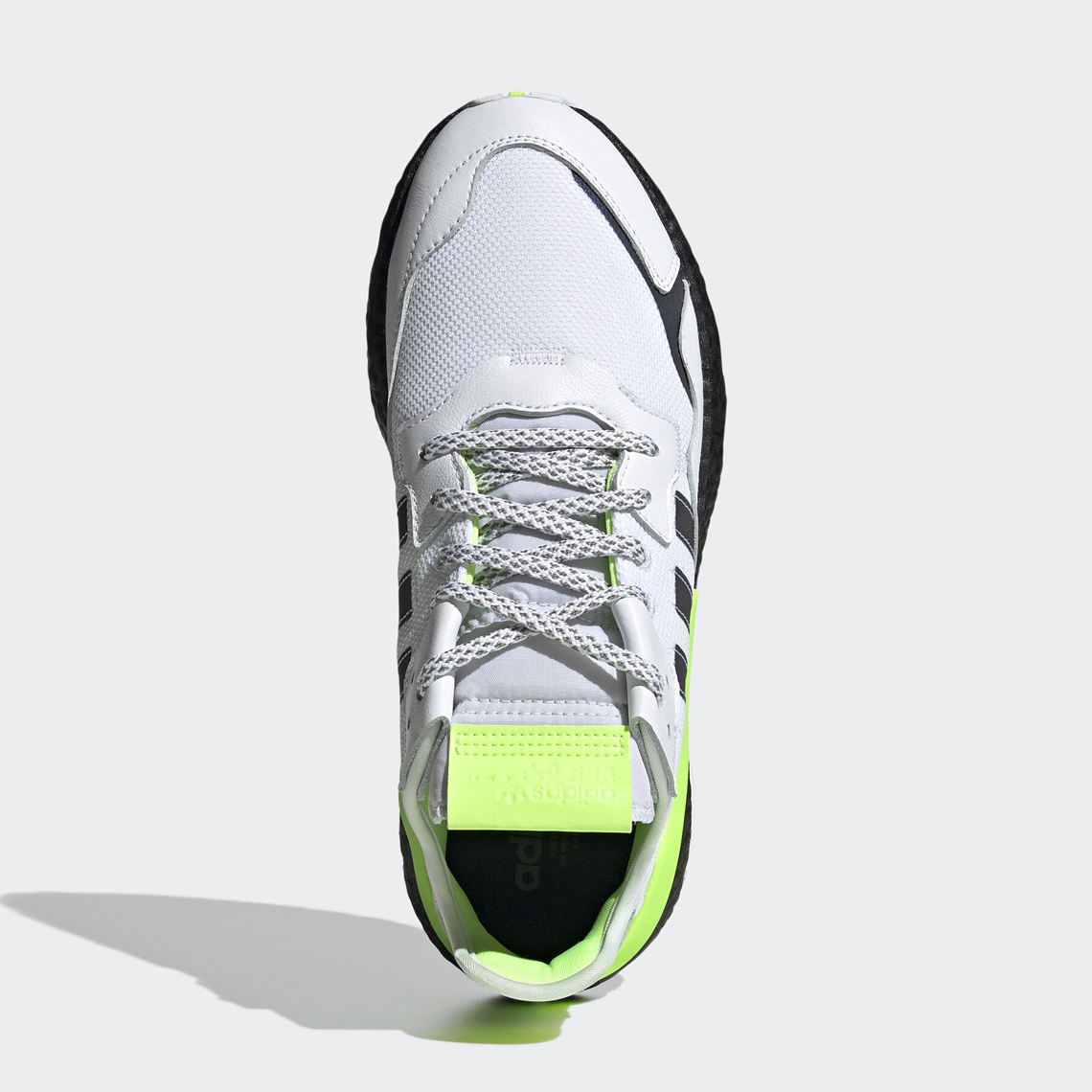 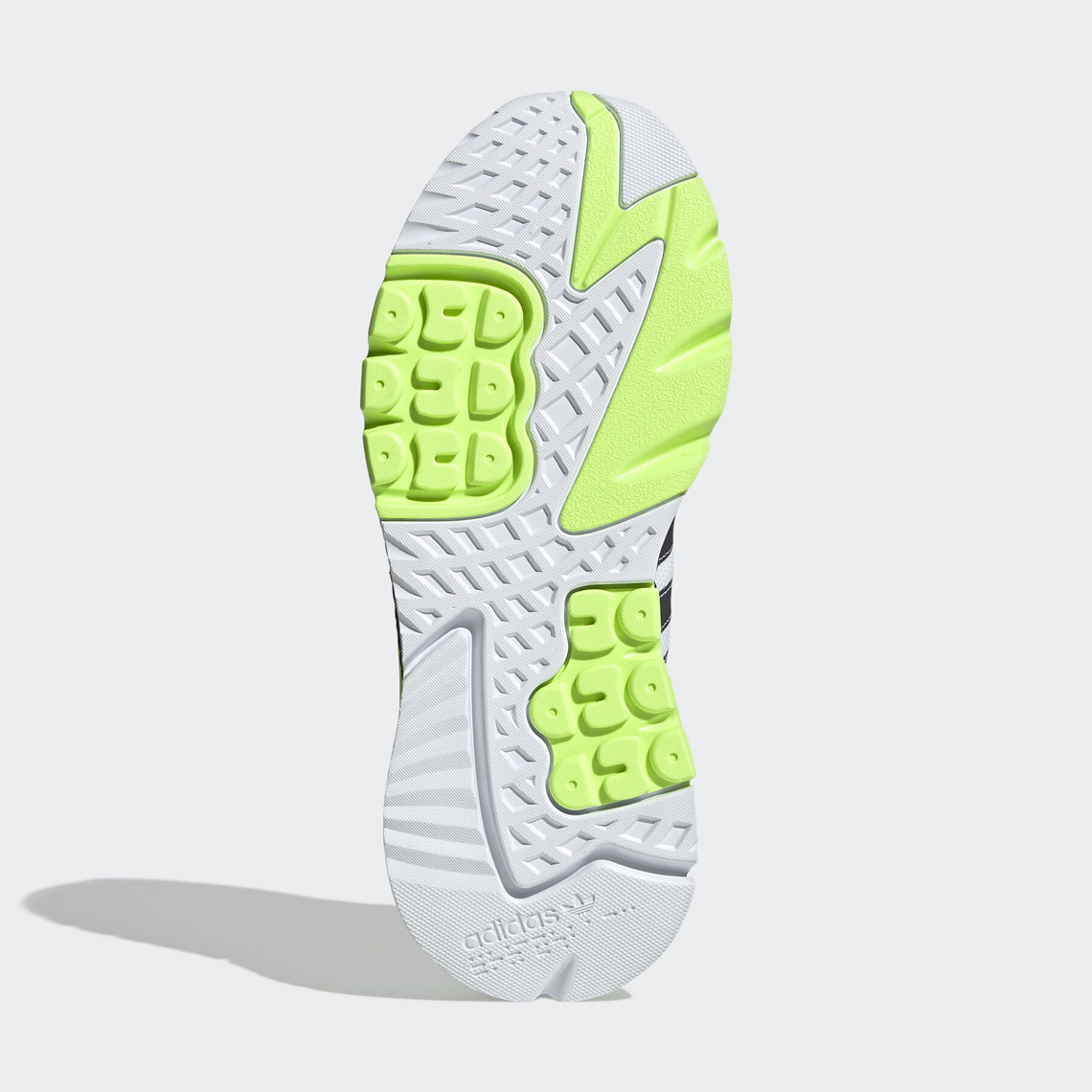