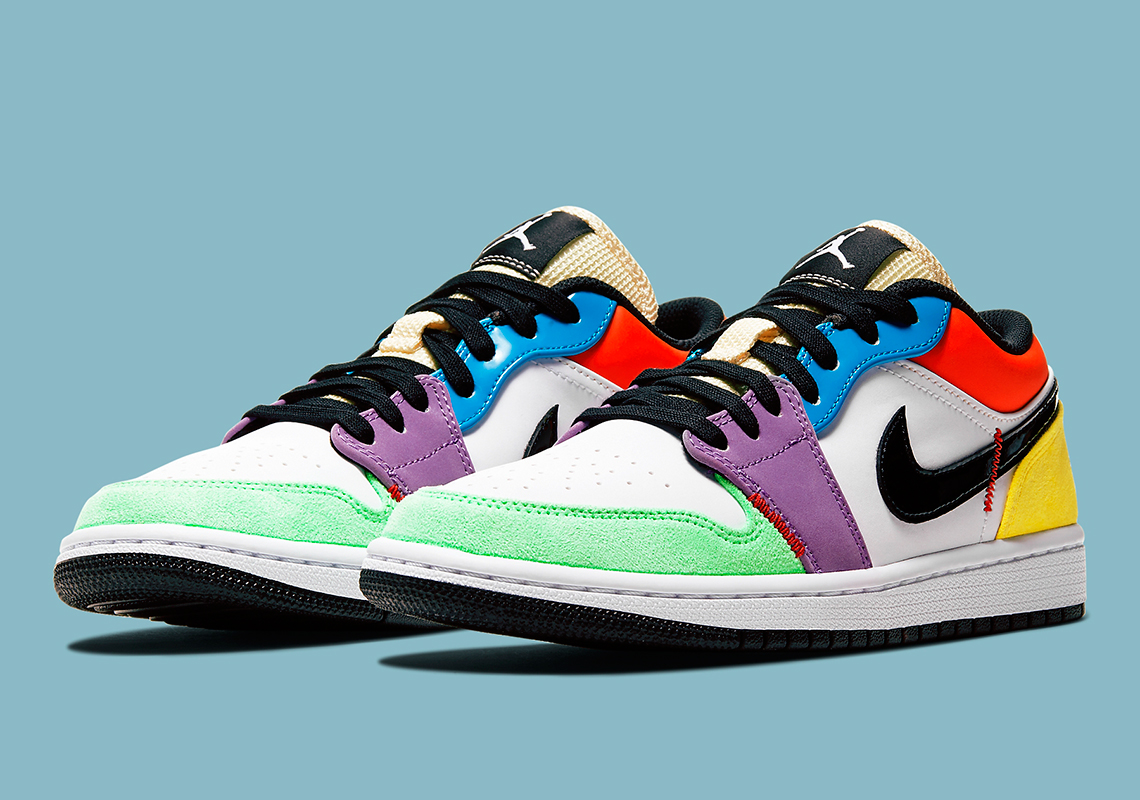 If you’ve been paying attention to the siblings of the Air Jordan 1 family lately, you’ll notice that there’s been this unofficial copycat movement that’s been executed through recent colorways. For example, we’ve seen AJ1 Lows taken on a similar stylings of the “New Beginnings” and “Varsity Red” Hi 85’s, and AJ1 Mids toying with similar elements of the famed “Chicago”. And based off of this newly revealed Air Jordan 1 Low, it seems as though the trend isn’t going anywhere as its next palette inherits identical cues of “Lightbulb” garb. Playing off of the vibrant mid-top that will be making its official debut tomorrow, this iteration comes clad in multi-colored overlays, and translates the very same suede overlays and patent leather Swooshes from its muse. Its main difference mostly arrives through the wings insignia which due to its lower profile, is dialed up in size and slapped onto the heels in black emroidery. Grab an official look here below, and stay tuned as for them to drop on Nike.com and at select retailers in the coming weeks.

In other news, the Yeezy 700 v3 Alvahs are dropping this Saturday. 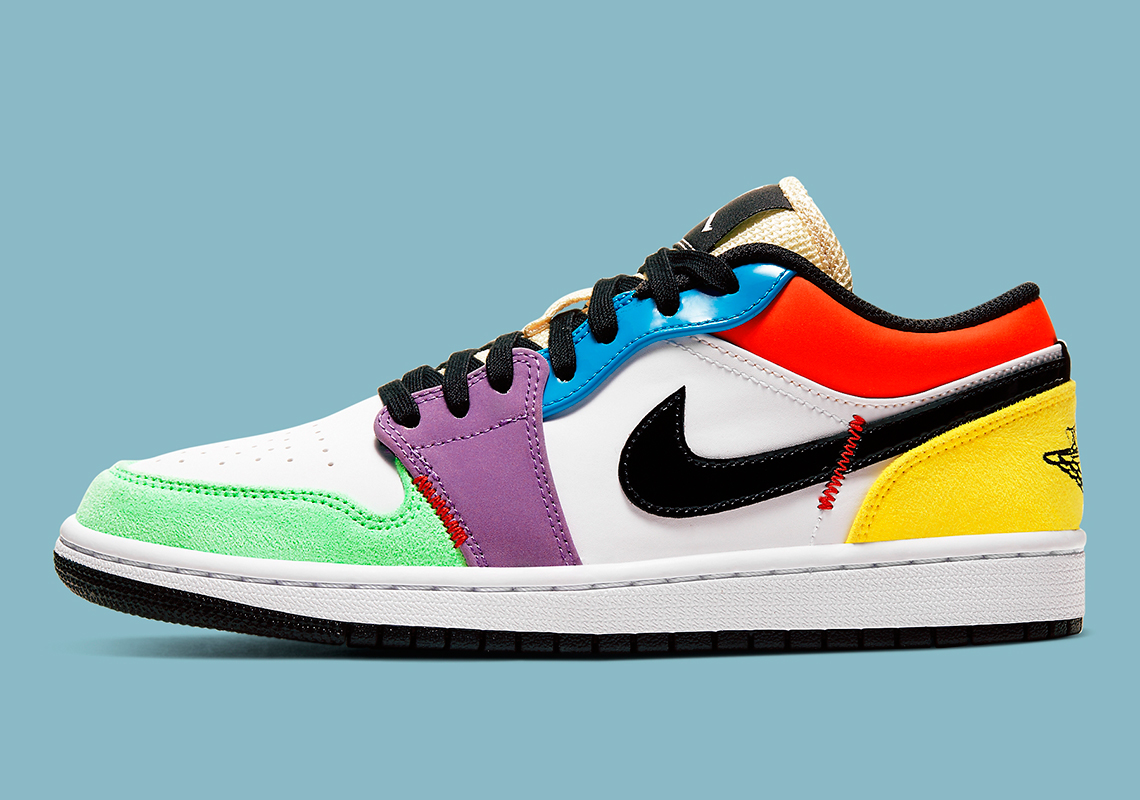 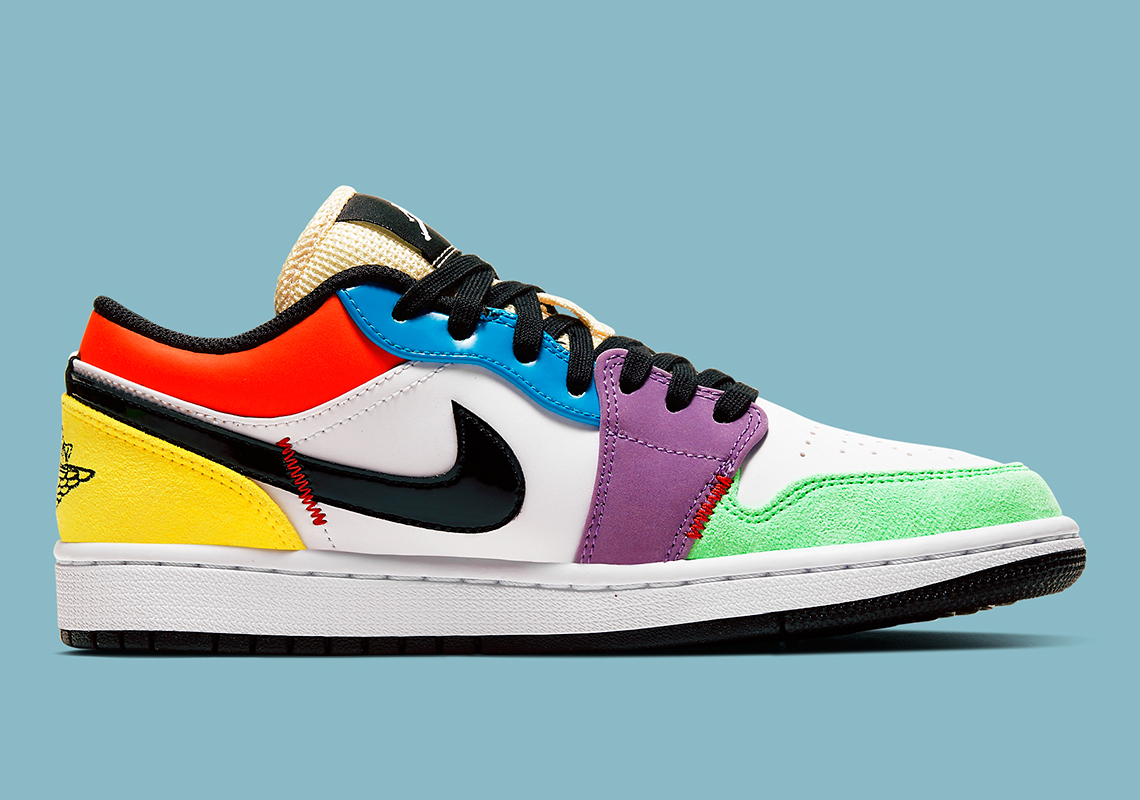 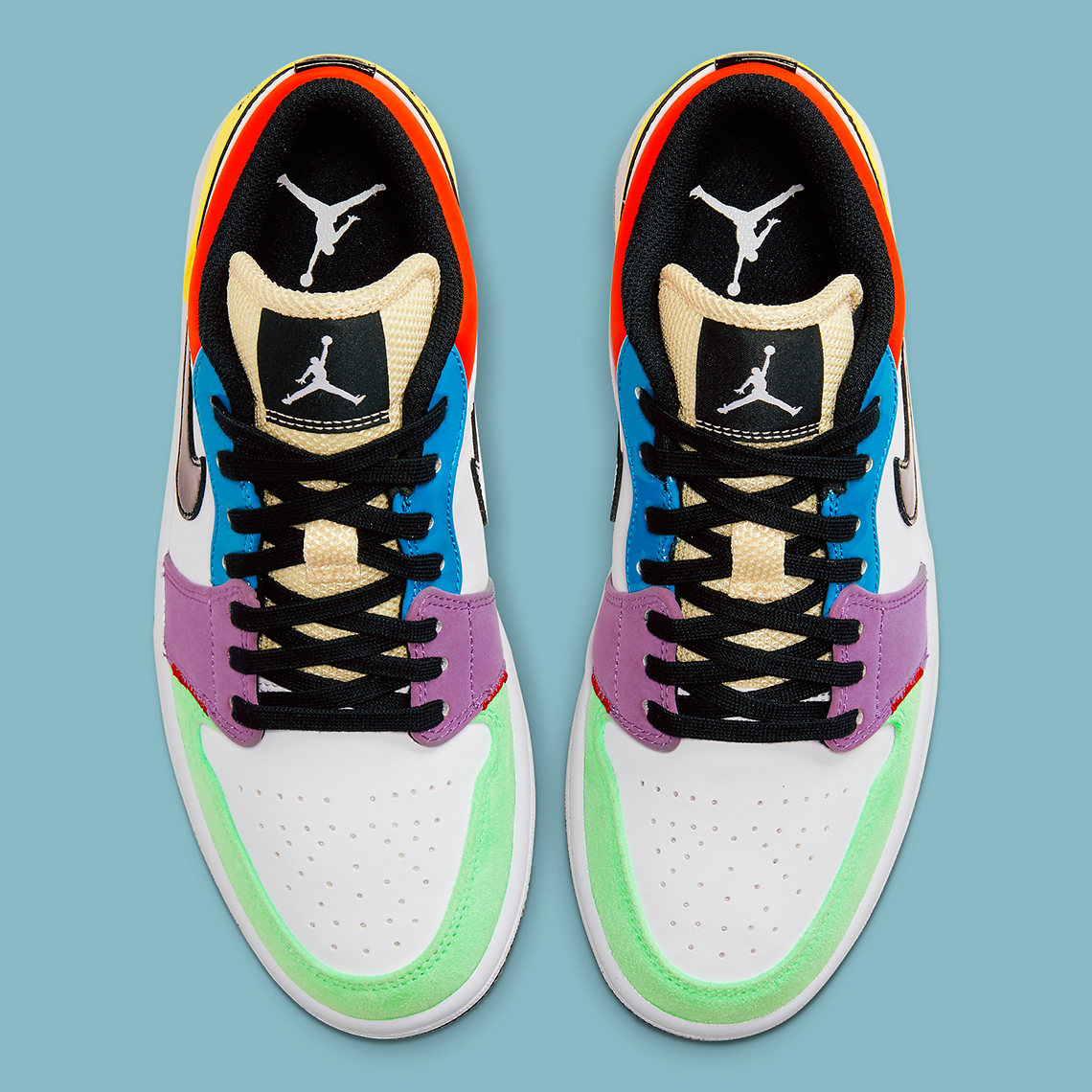 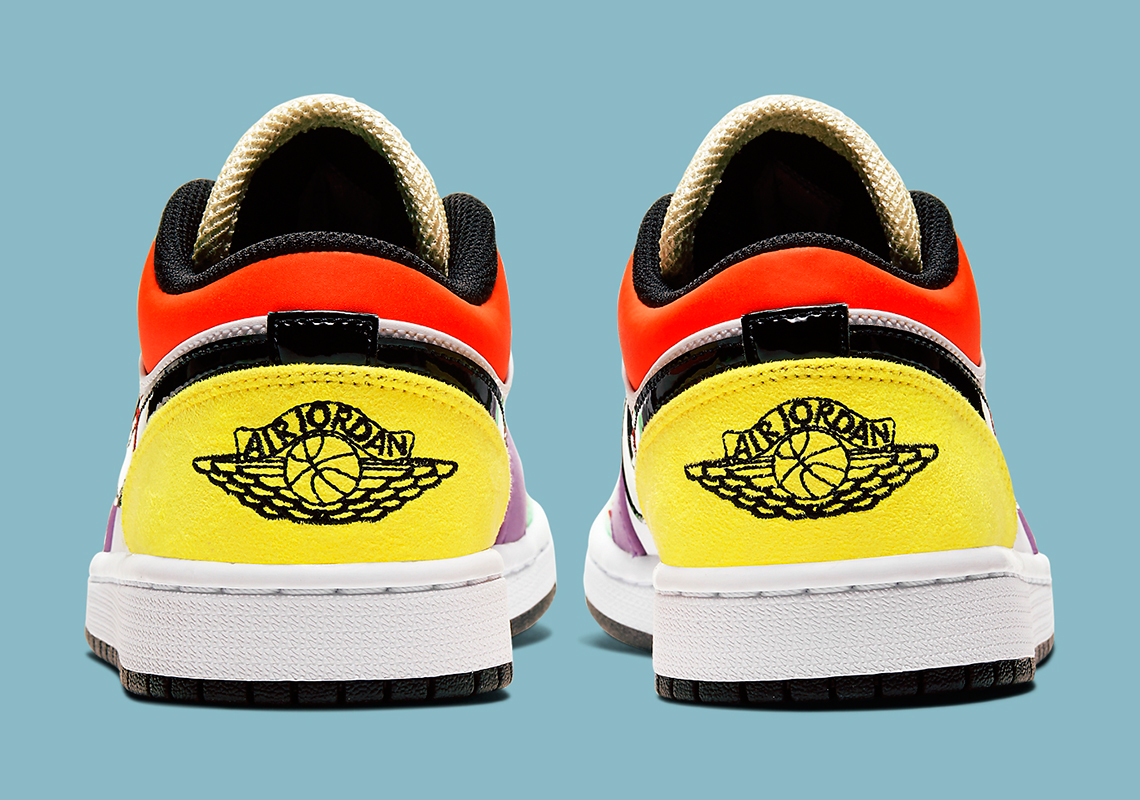 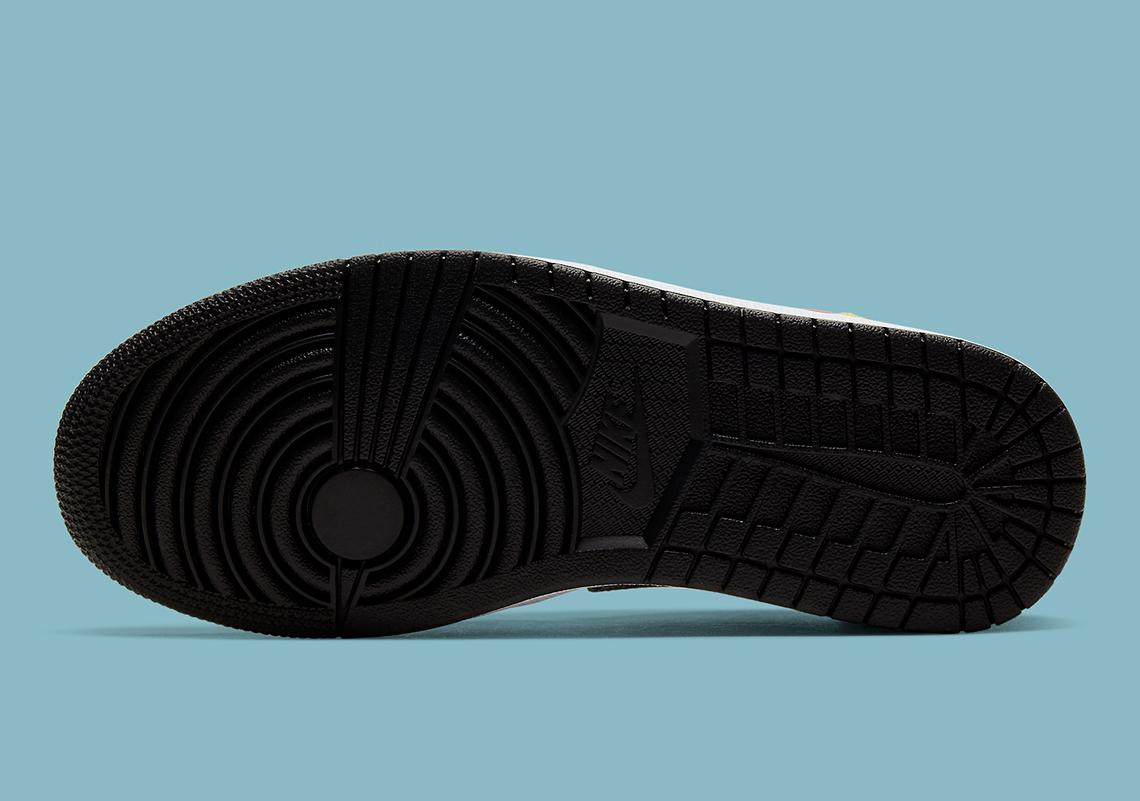