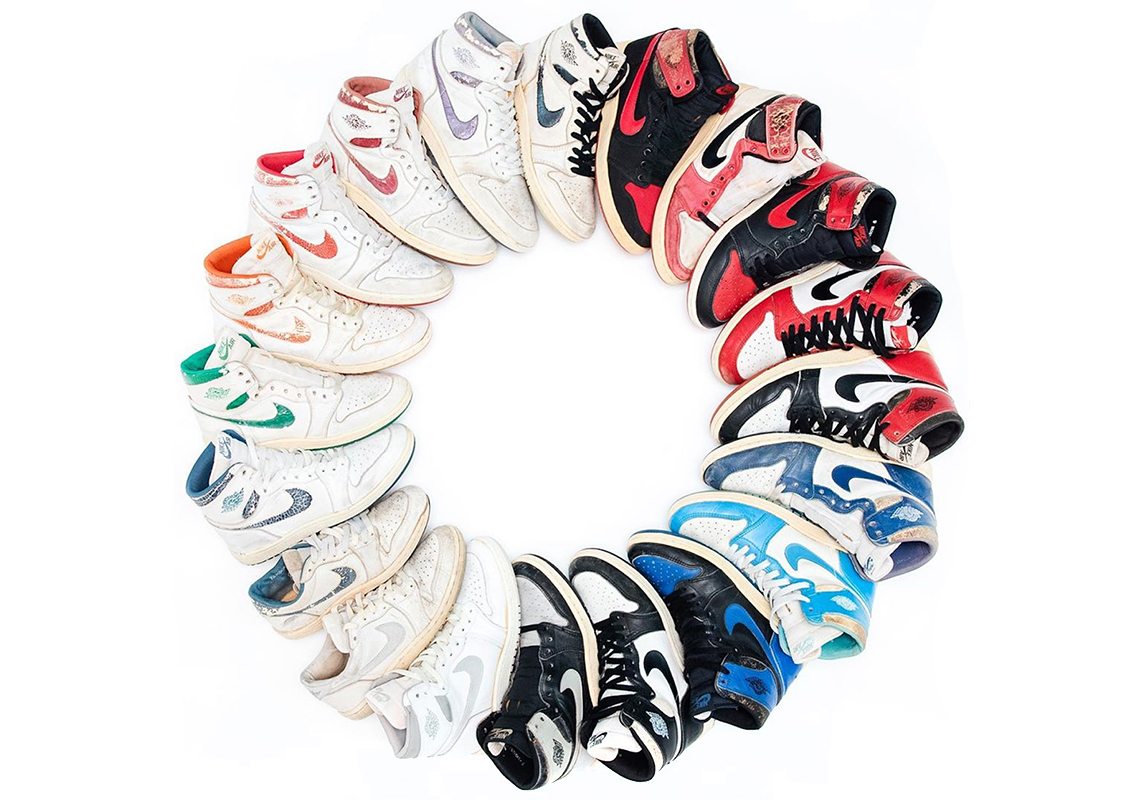 Undoubtedly one of the most iconic silhouettes in all of sneaker history, the Air Jordan 1 has effectively created a dedicated, passionate cult following in the many years since 1985. While new fans are converted by the day, those that can consider themselves old heads are clearing out the few OGs still on the market. From the ever-iconic “Chicago” to the slew of lesser seen Lows and Neutral Greys, all are floating around from collector to collector with a select number of these enthusiasts able to call themselves proud owners of all of the above. And after an exhaustive 12 year journey, Rolo Tanedo Jr — or @dunksrnice as he’s better known on the internet — is now of that exclusive, seemingly inaccessible rank as he’s recently finished acquiring every original Jordan 1. Going on to reminisce on the time he’s spent thus far, Tanedo speaks to his early days on the Niketalk forum hoping to have done what he’s just achieved, remarking “little did I know” after the fact. Grab a look just below.