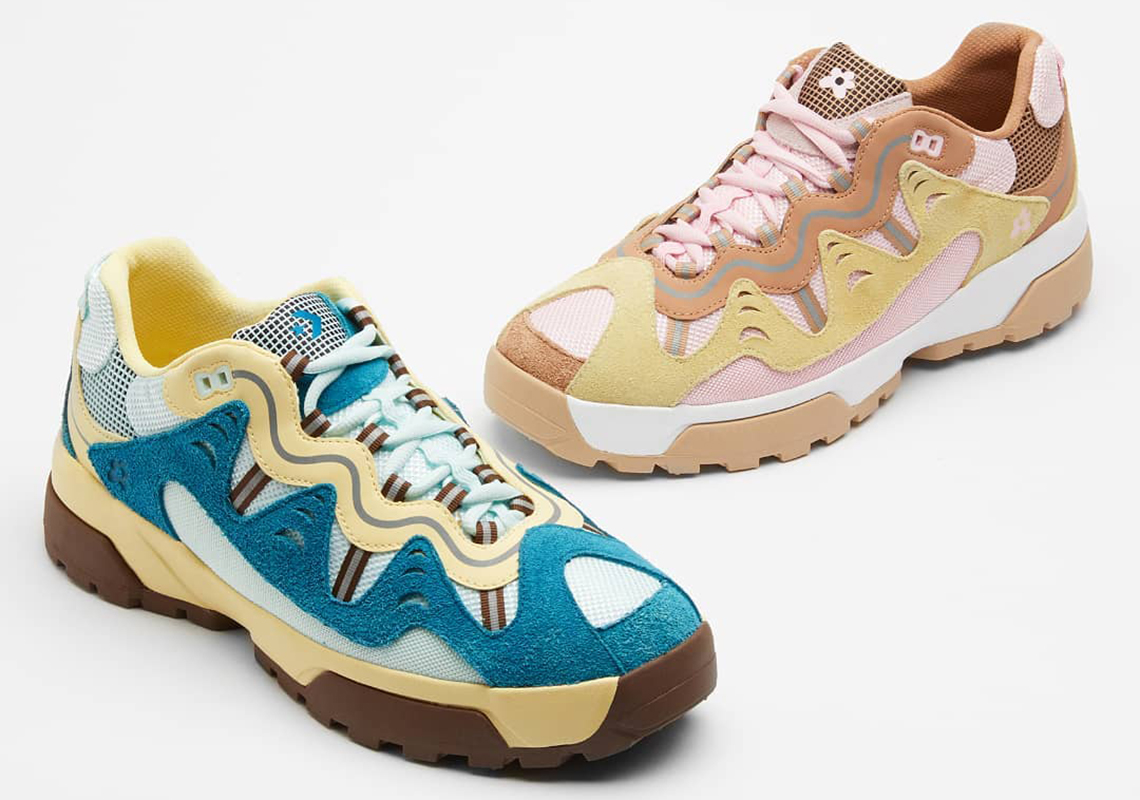 Tyler, The Creator, though originally most known for his leading role in Odd Future, has quickly turned into an insane influential figure. His style, his eclectic personality, and his culture spawning musicality has proffered more than its fare share of pop culture moments in recent years, and his streetwear imprint Golf Wang has gradually grown as a result. Converse, after quickly swooping in once Vans let go of the talent, easily converted a drove of new fans with their continuous GOLF le FLEUR releases, letting the series of Chucks and remastered One Stars take the lead. More recently, though, the IGOR mastermind decided to craft his very own silhouette — the Gianno OX — whose bulky constructions are now set to receive a duo of fresh Spring colors.

Unlike that of the original set, however, these two bear slightly distinct fabrications. Instead of matted nubucks or polished leathers for overlays, both pairs opt for a hairy suede, dyeing it either a light blue or a muted tan. Underneath the latter, characteristic touches of pink outfit in mesh, matching that of the laces, eye stays, and the small imprinted logo found at the heel. The rest, which lies in complement to the opening panels, darken grids, lug-like toolings, and reflective-detailed leathers with a more brown hue. And while earth tones take the reins adjacent, the cool leaning of its accompaniment adds hits of further lightened aquas, rounding off the palette alongside some light yellows all throughout.

Grab a detailed look at both options below and expect a select group of stores and Converse.com to release these on April 16th.

In other news, the Converse Pro Leather just went Varsity.

Where to Buy (Vanilla)

Where to Buy (Skylight) 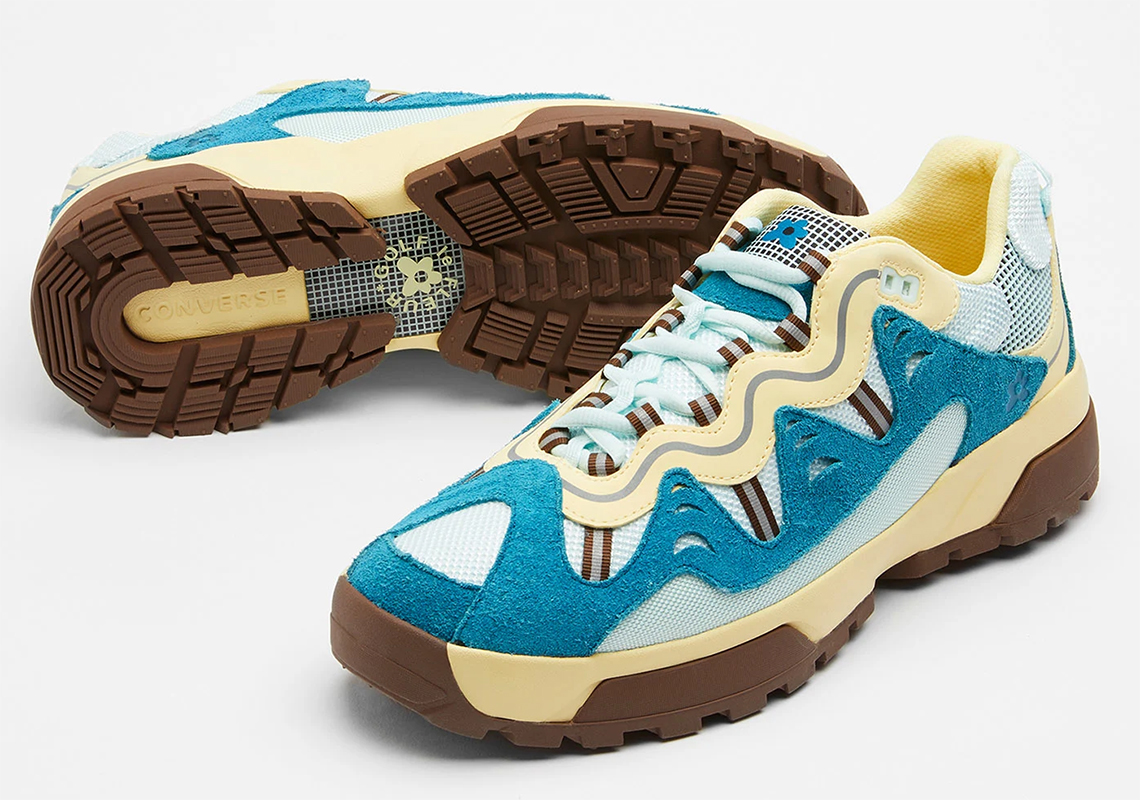 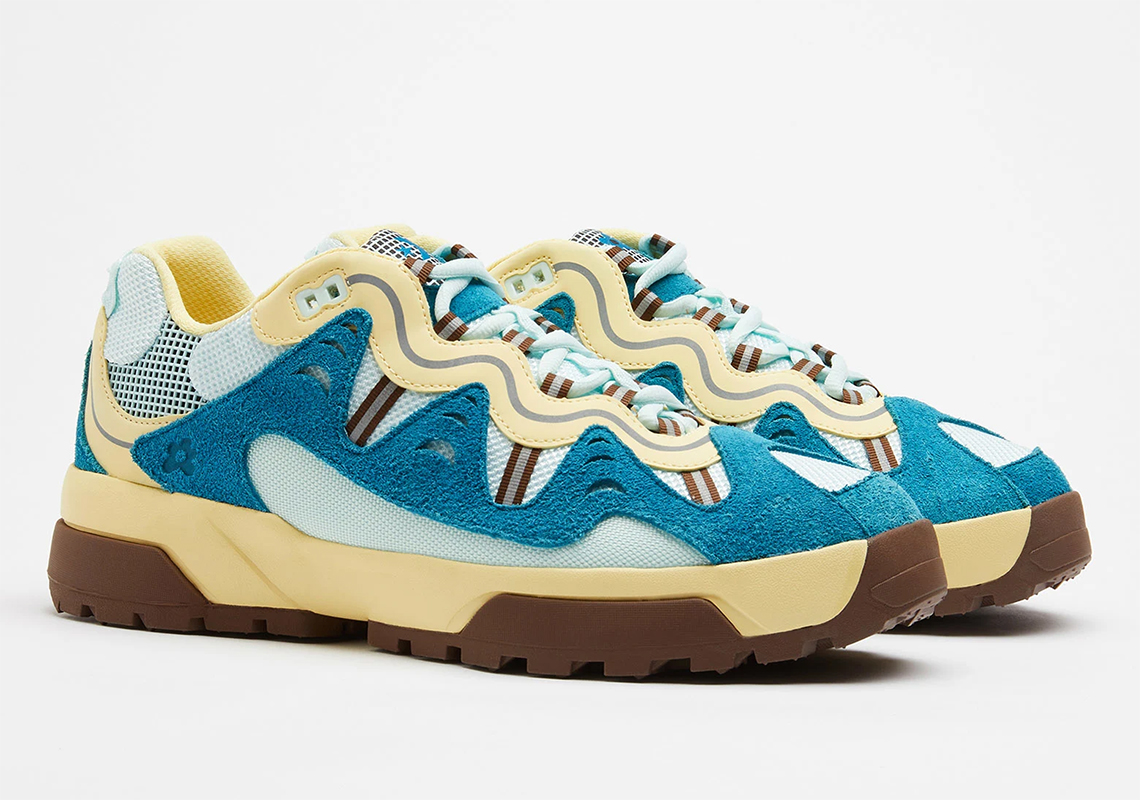 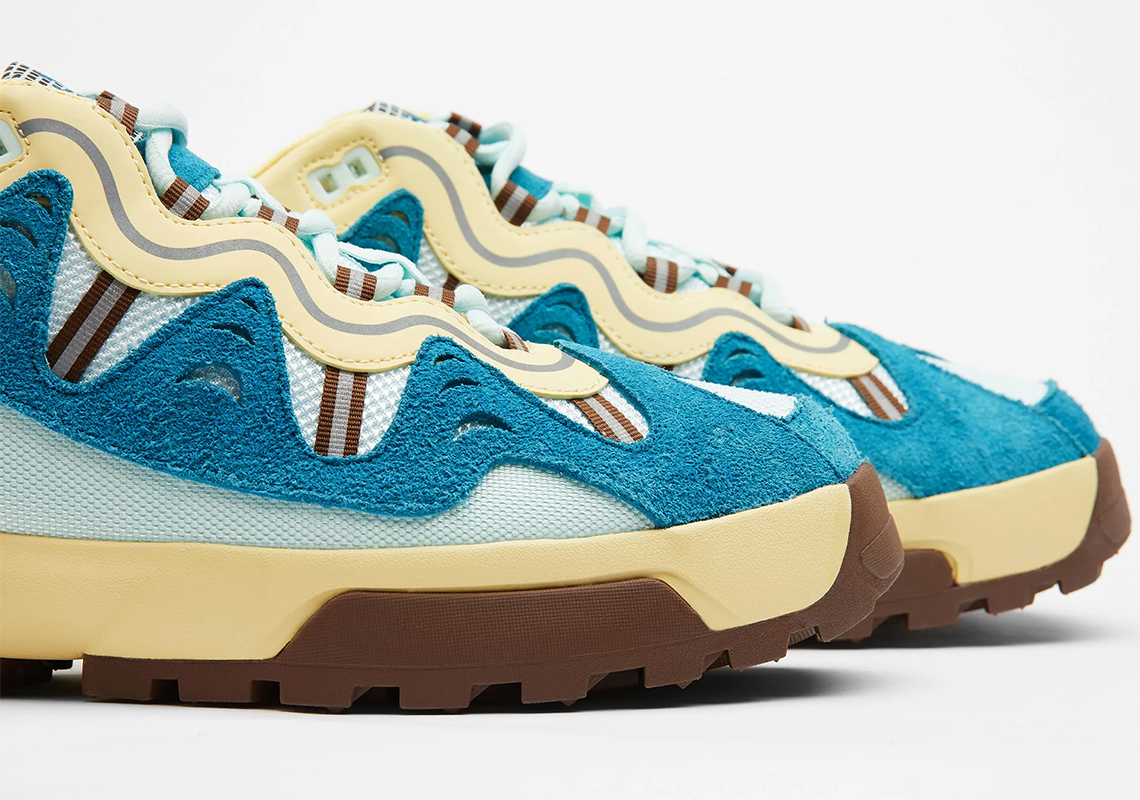 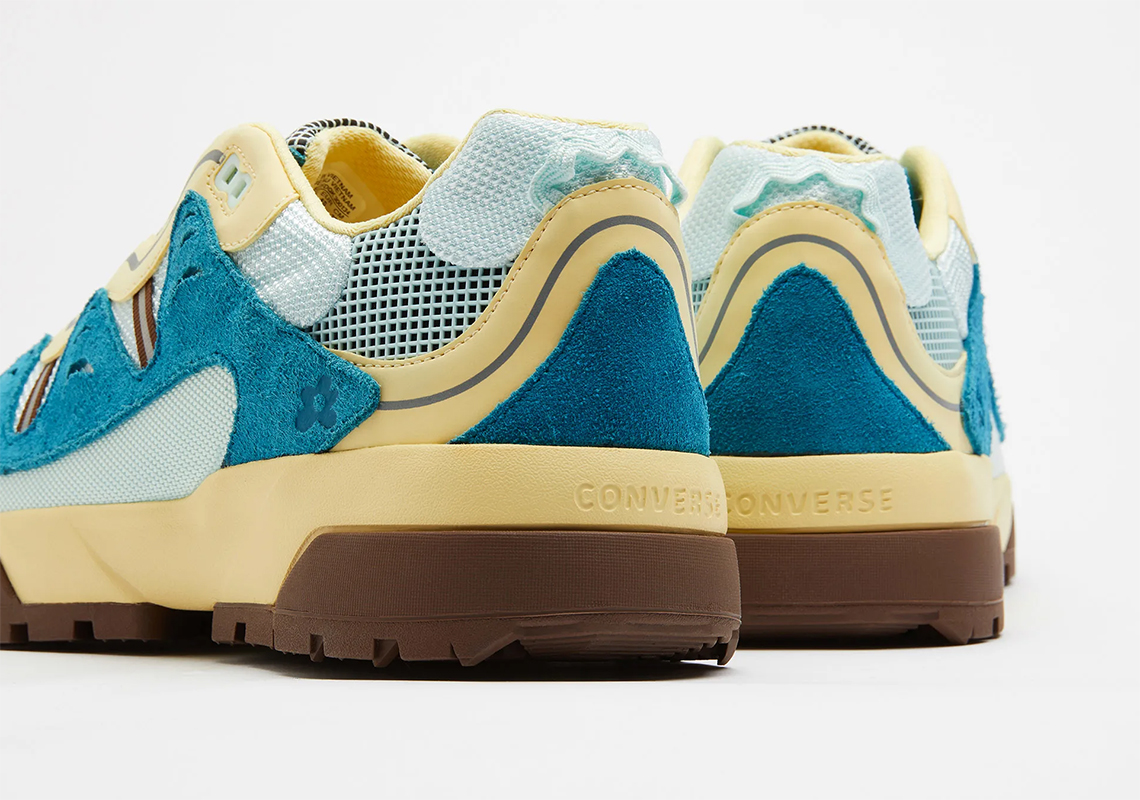 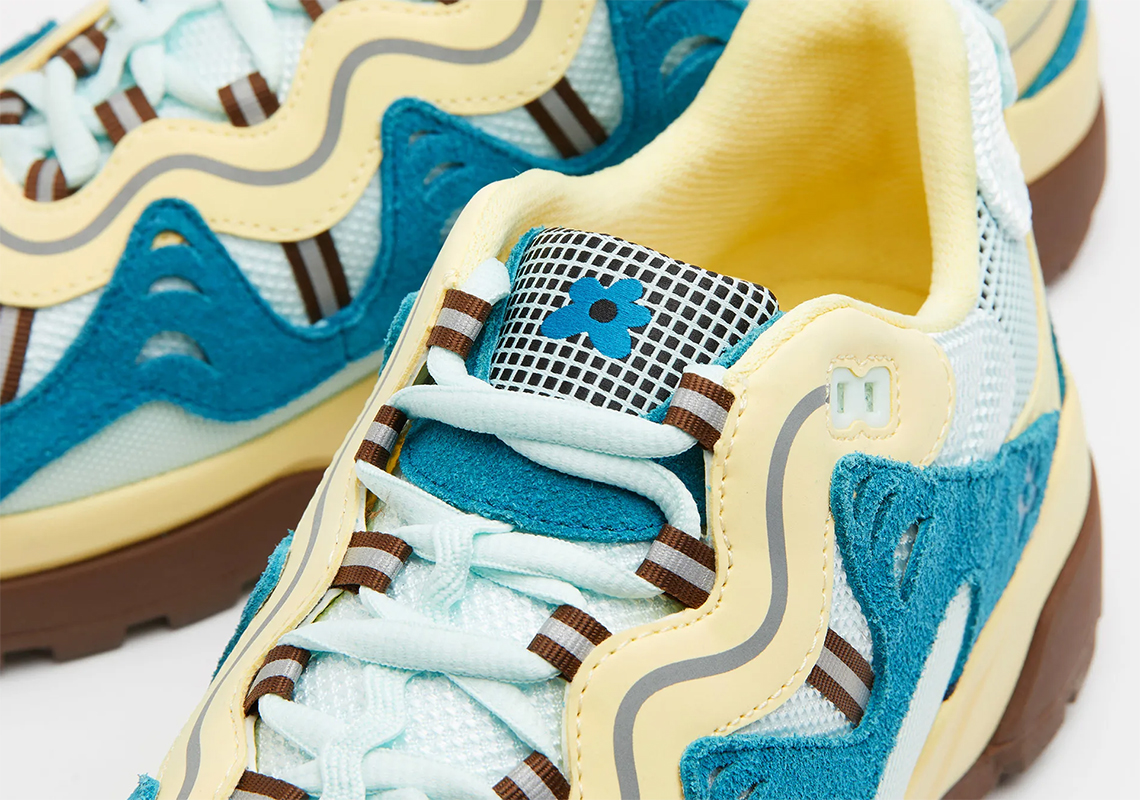 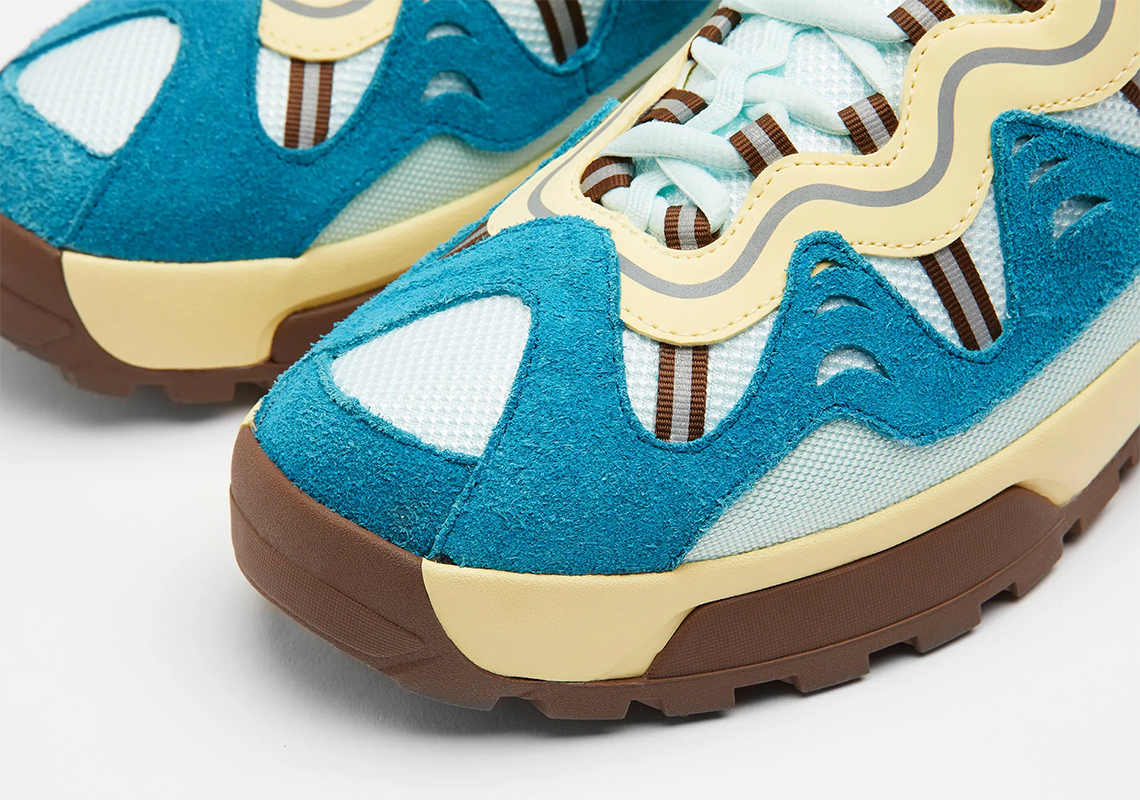 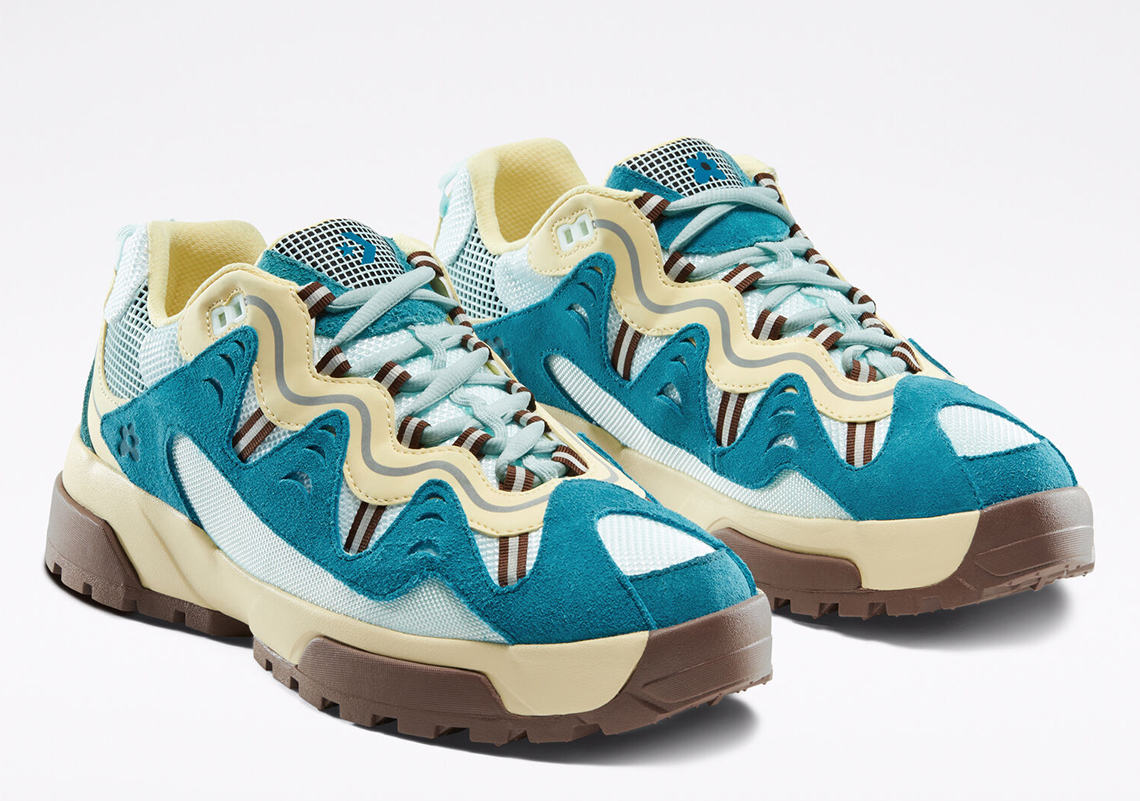 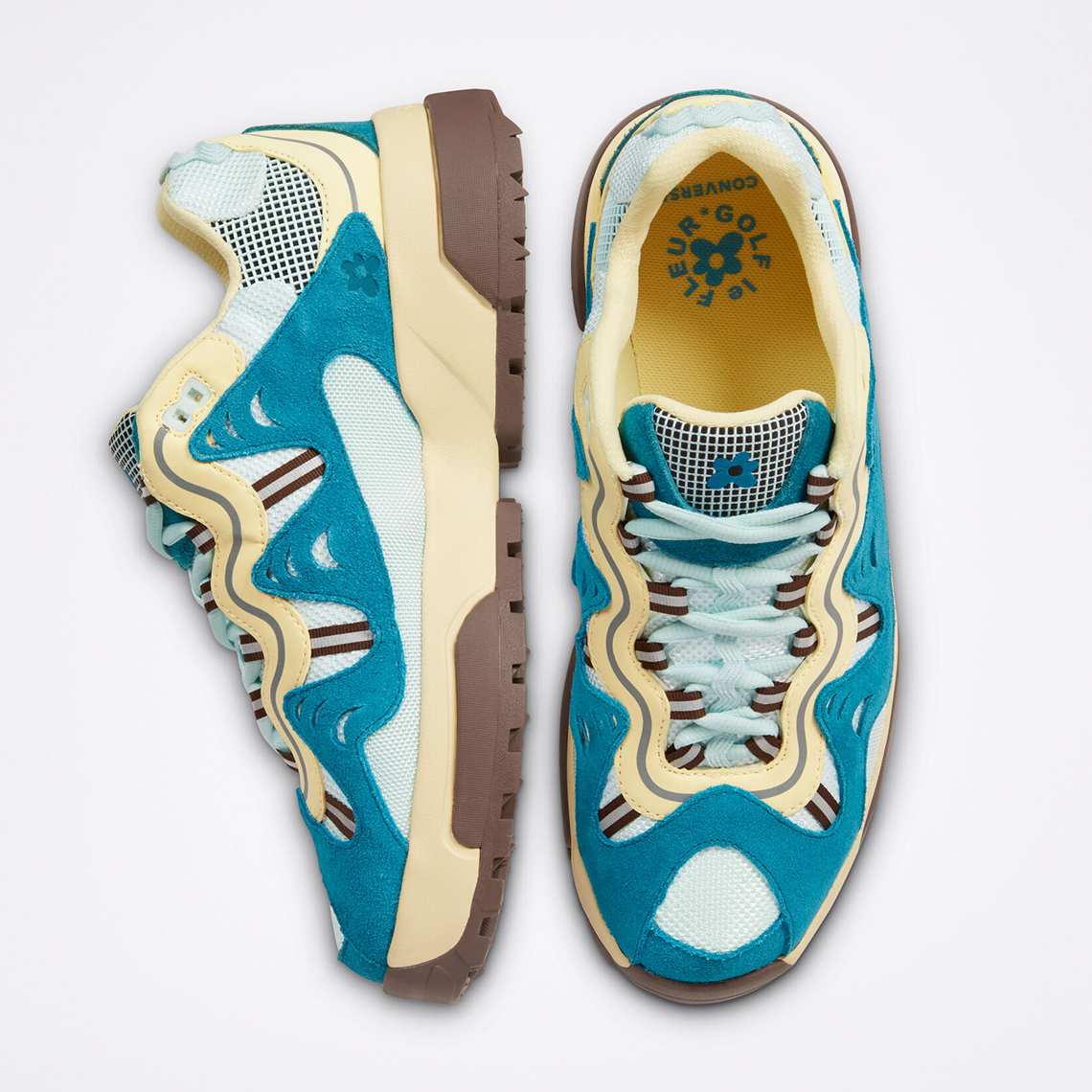 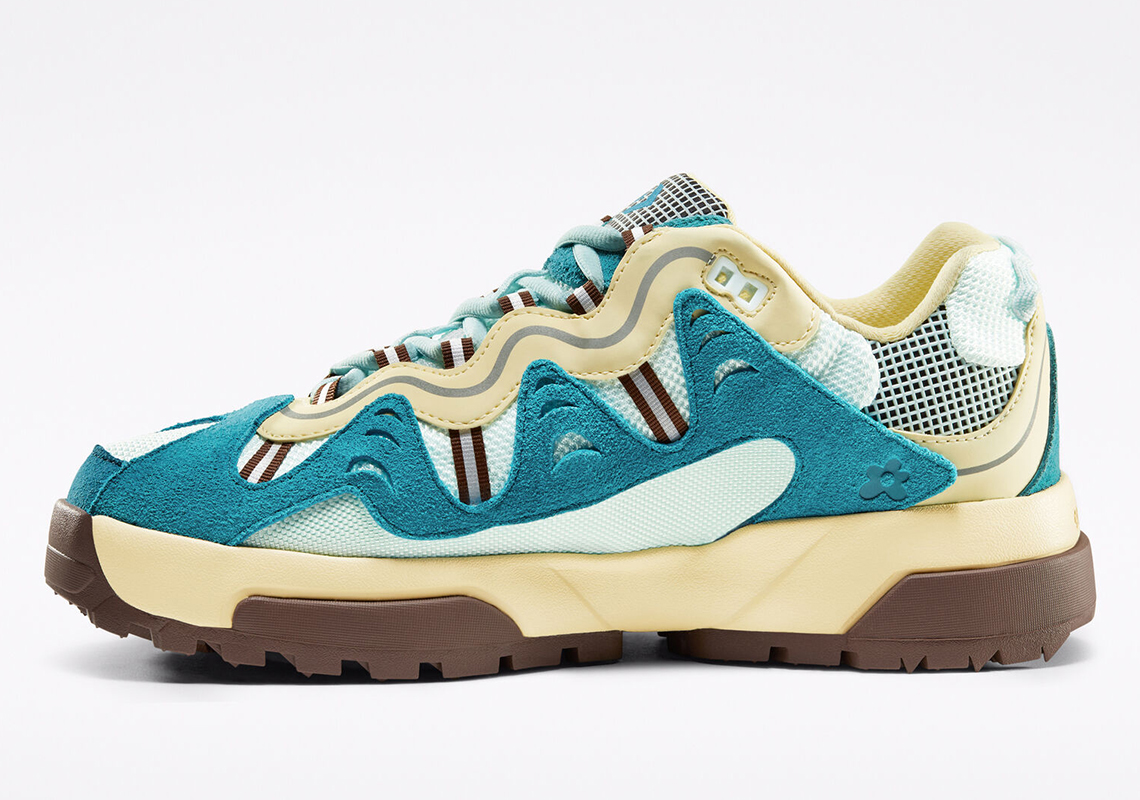 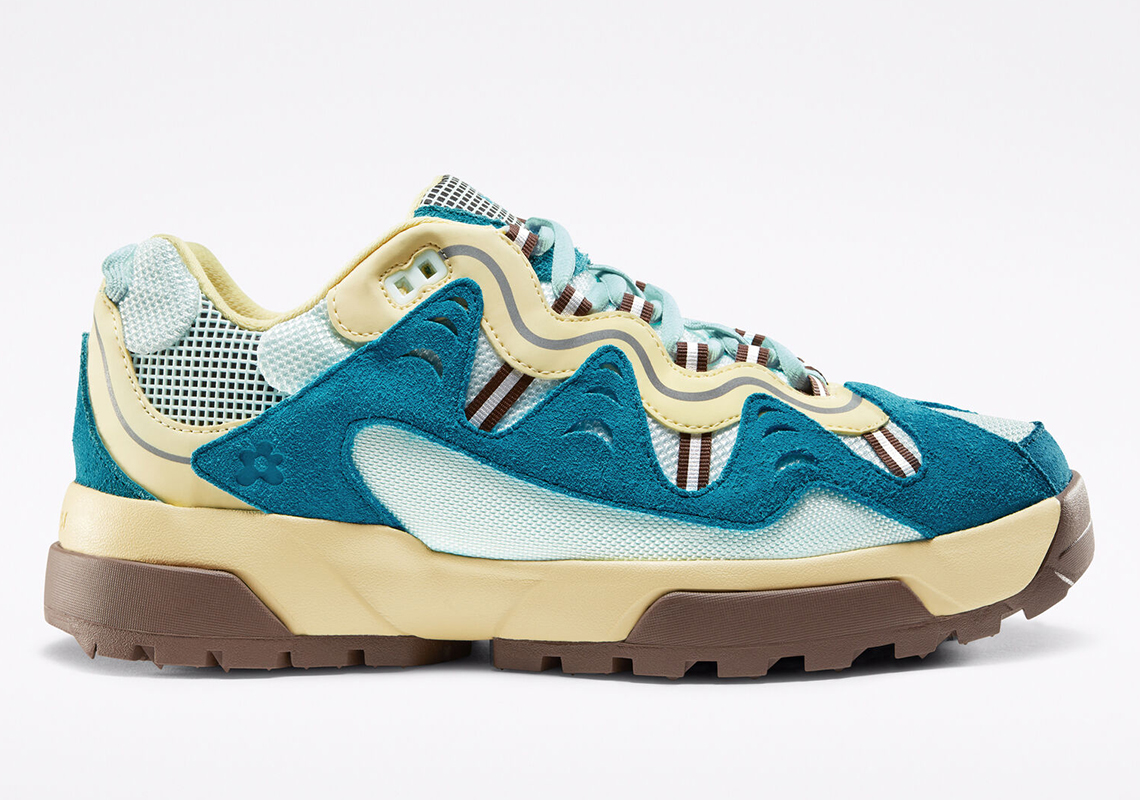 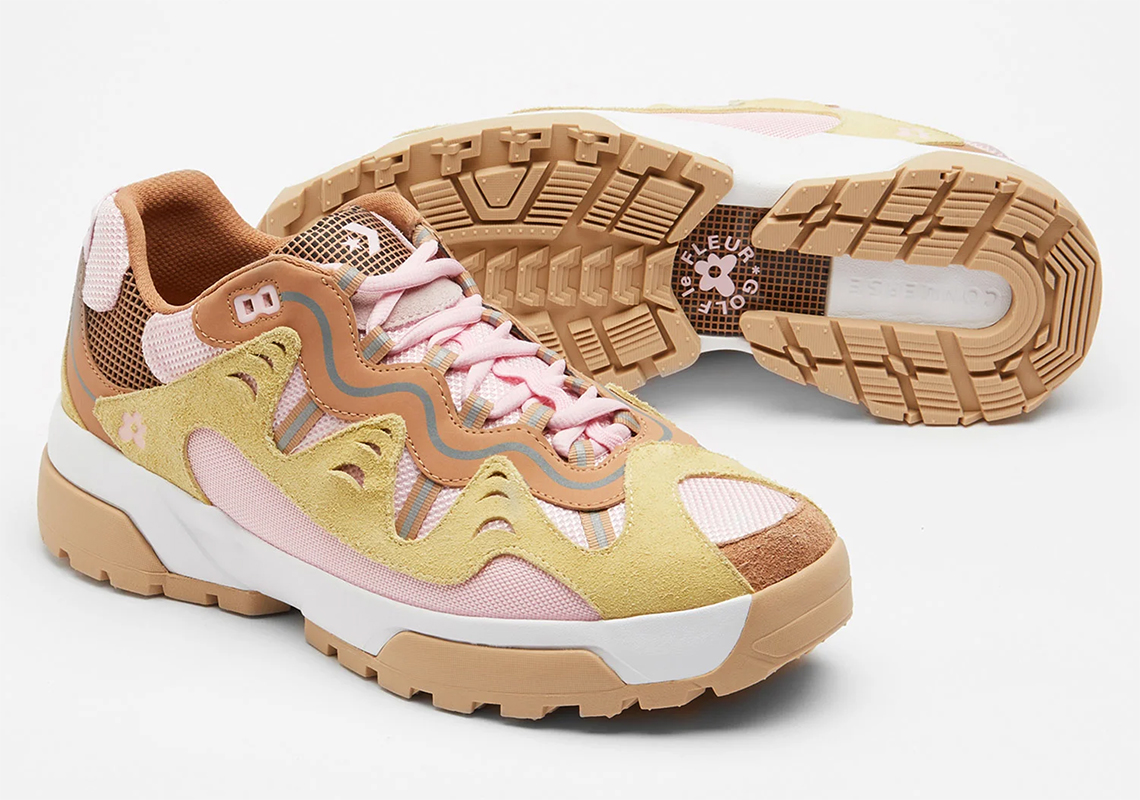 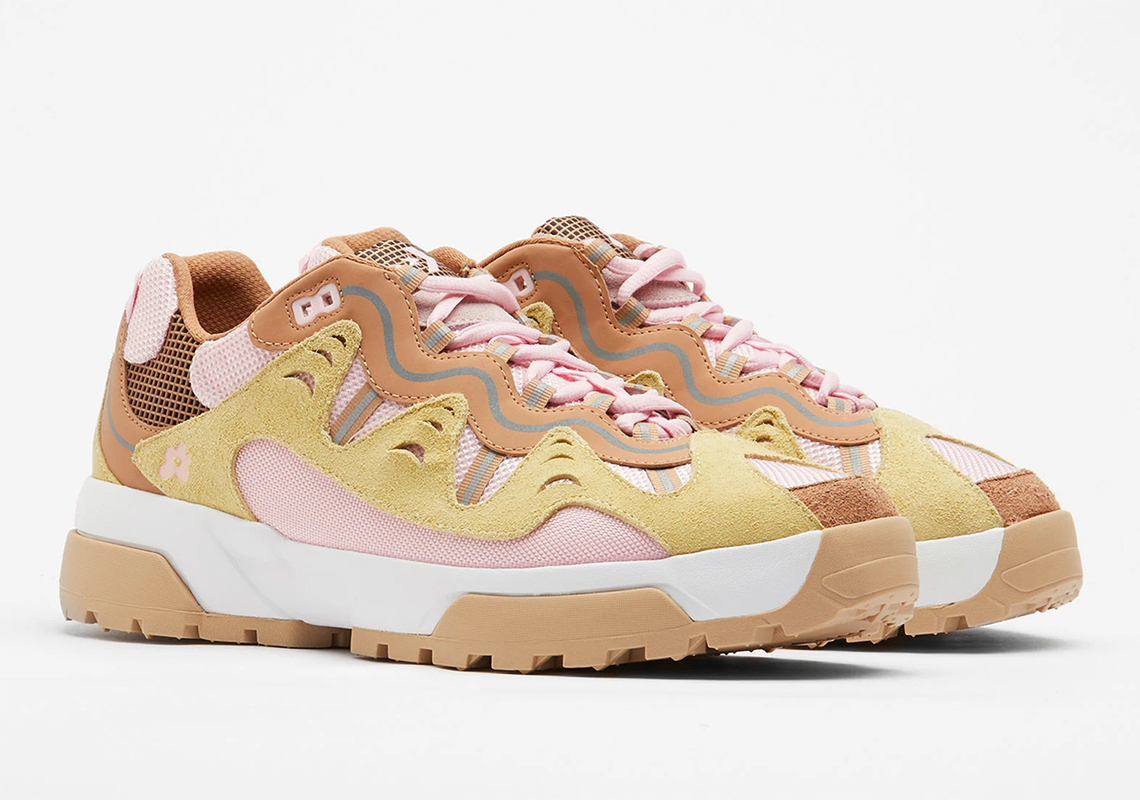 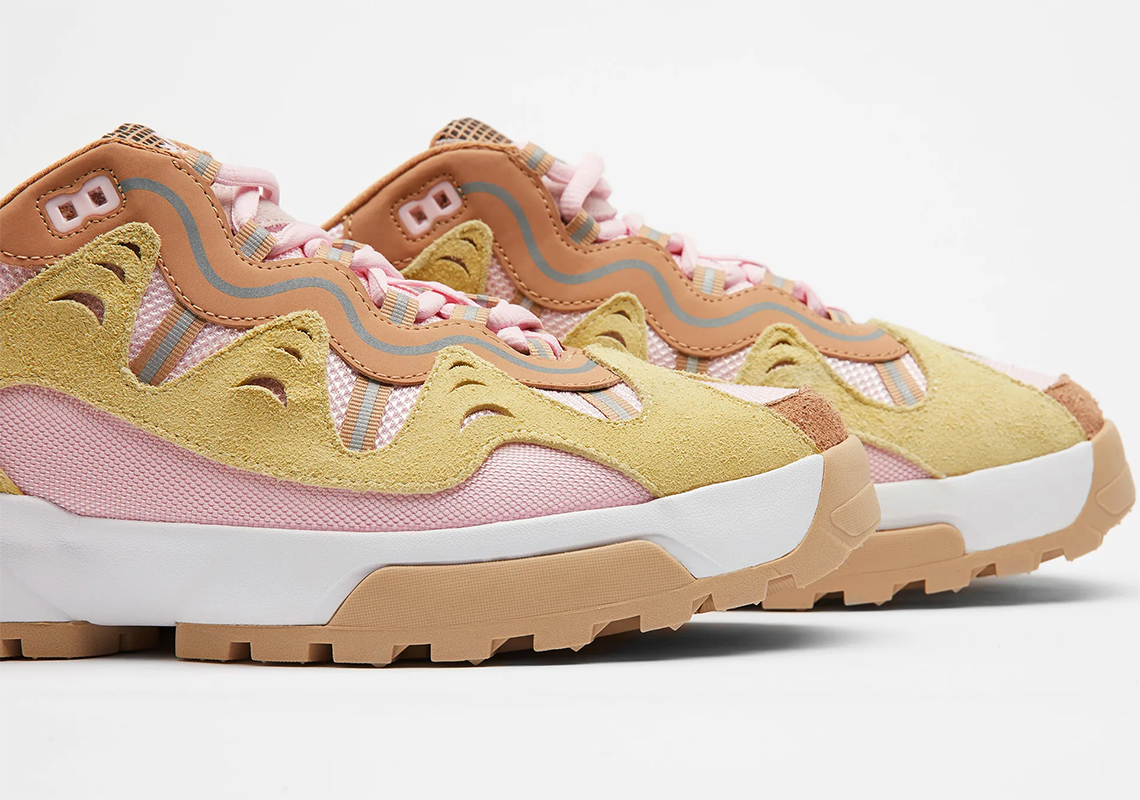 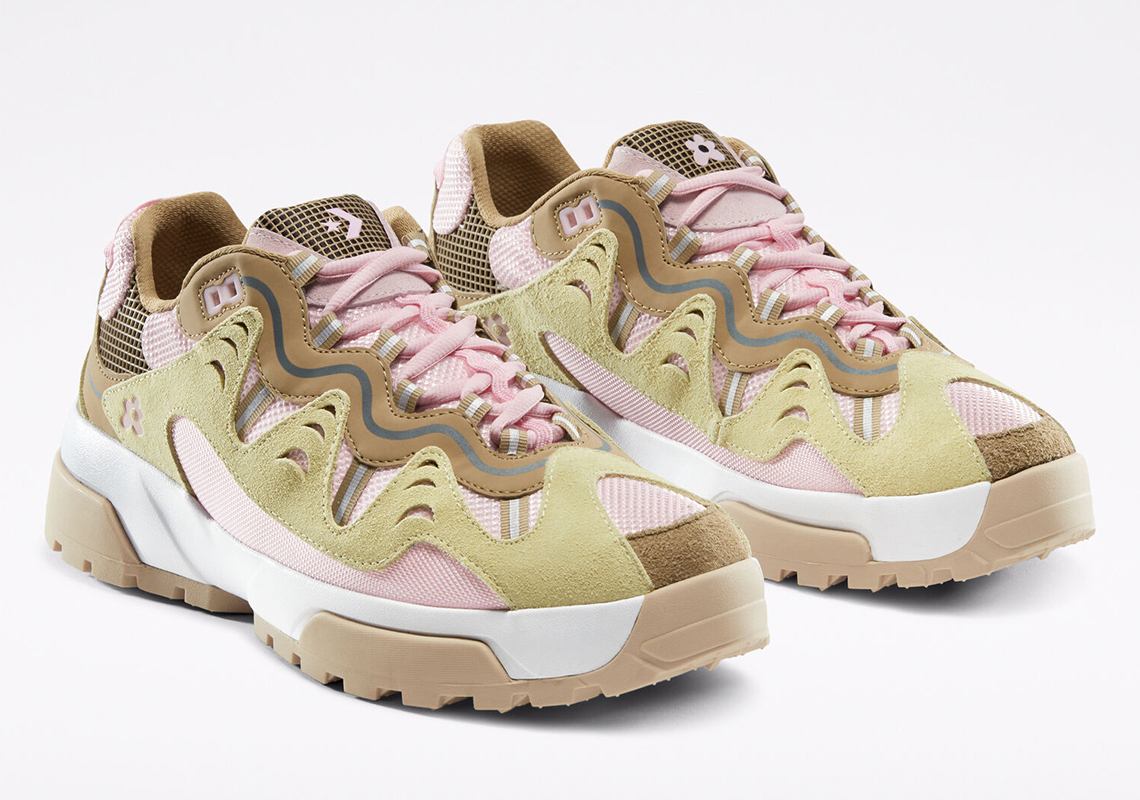 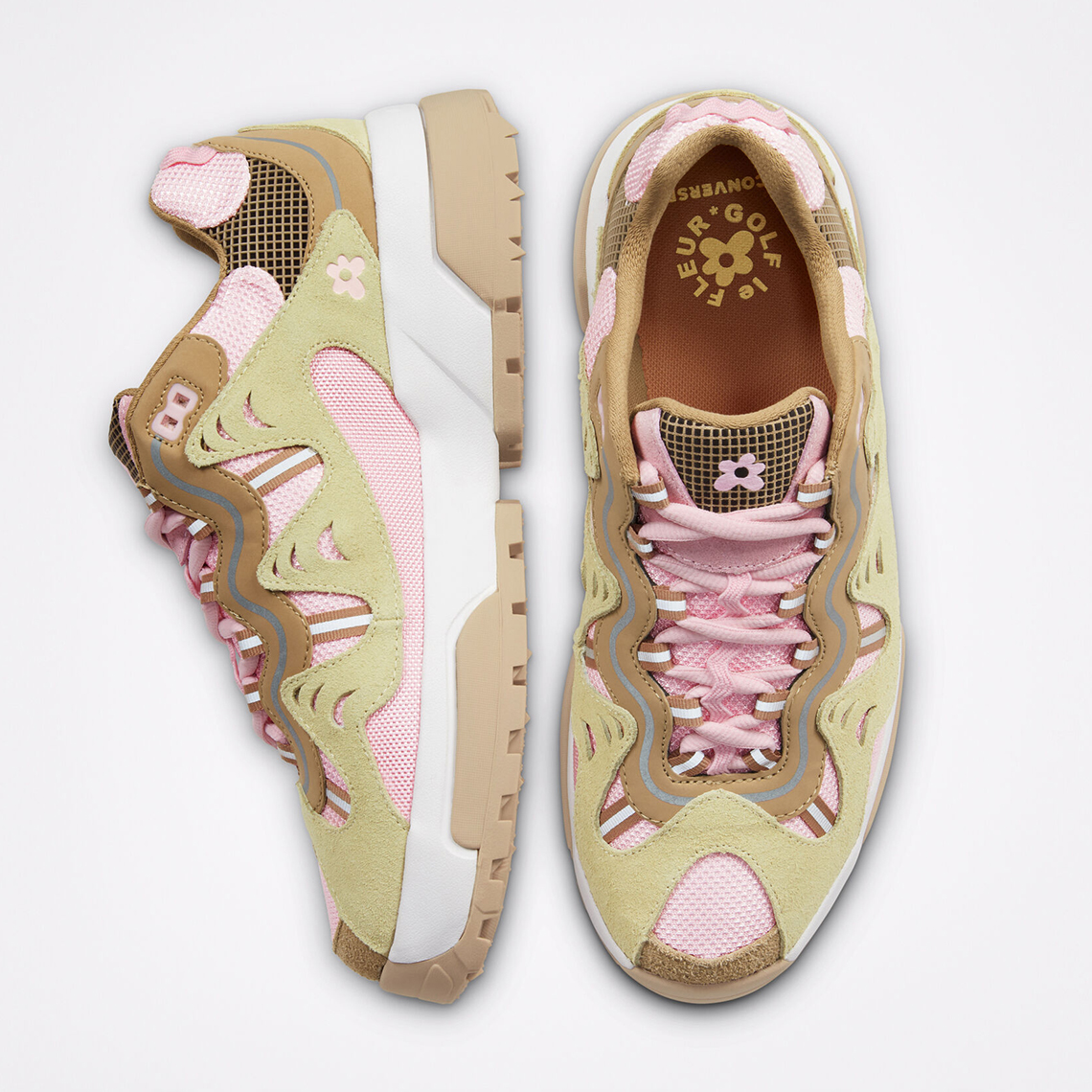 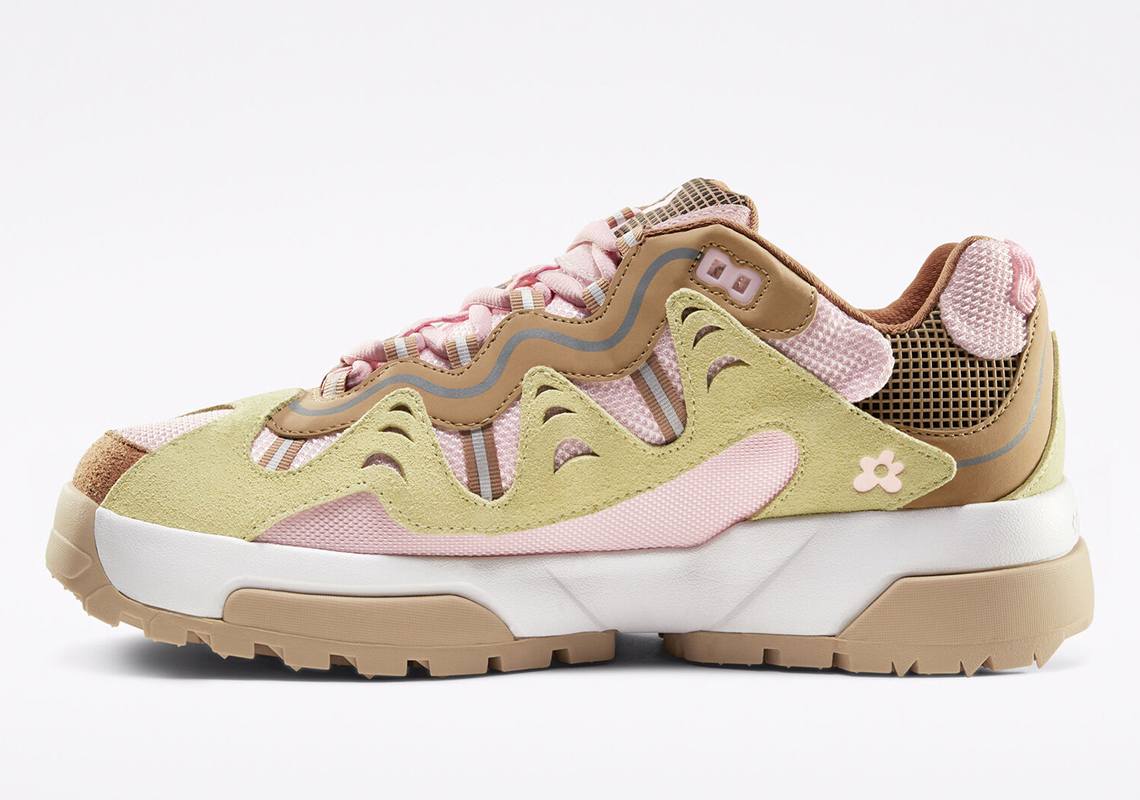 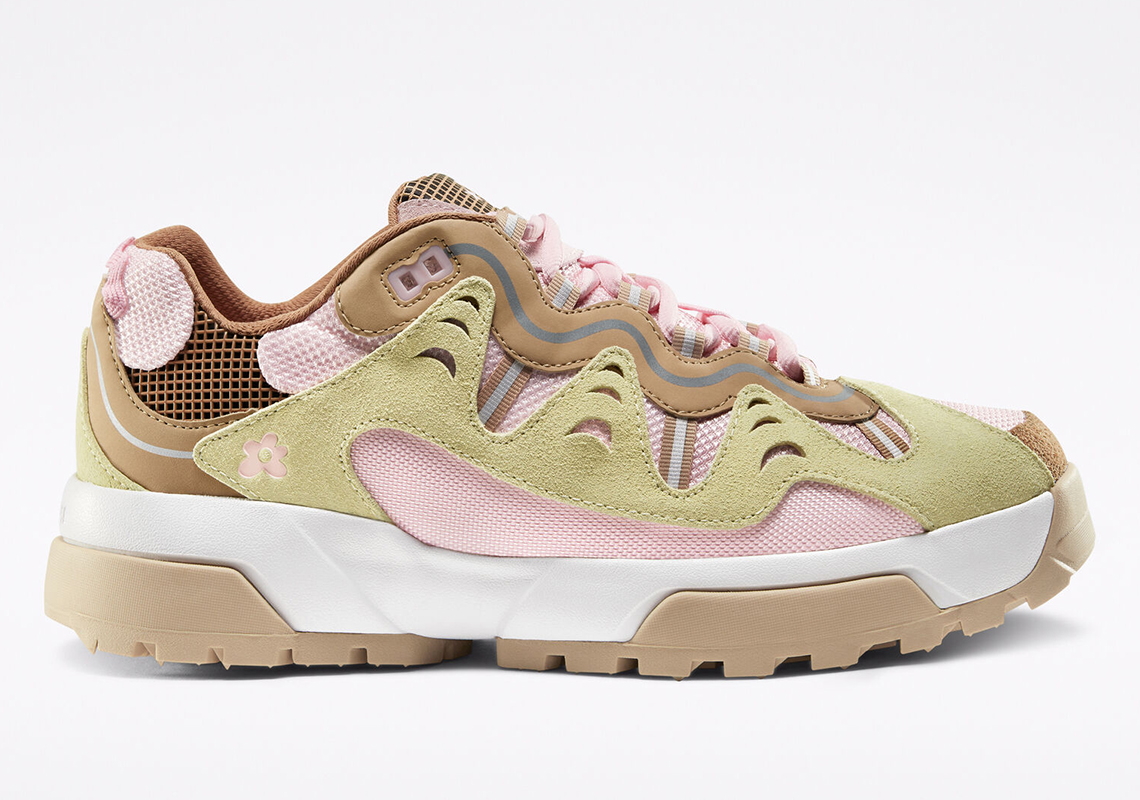