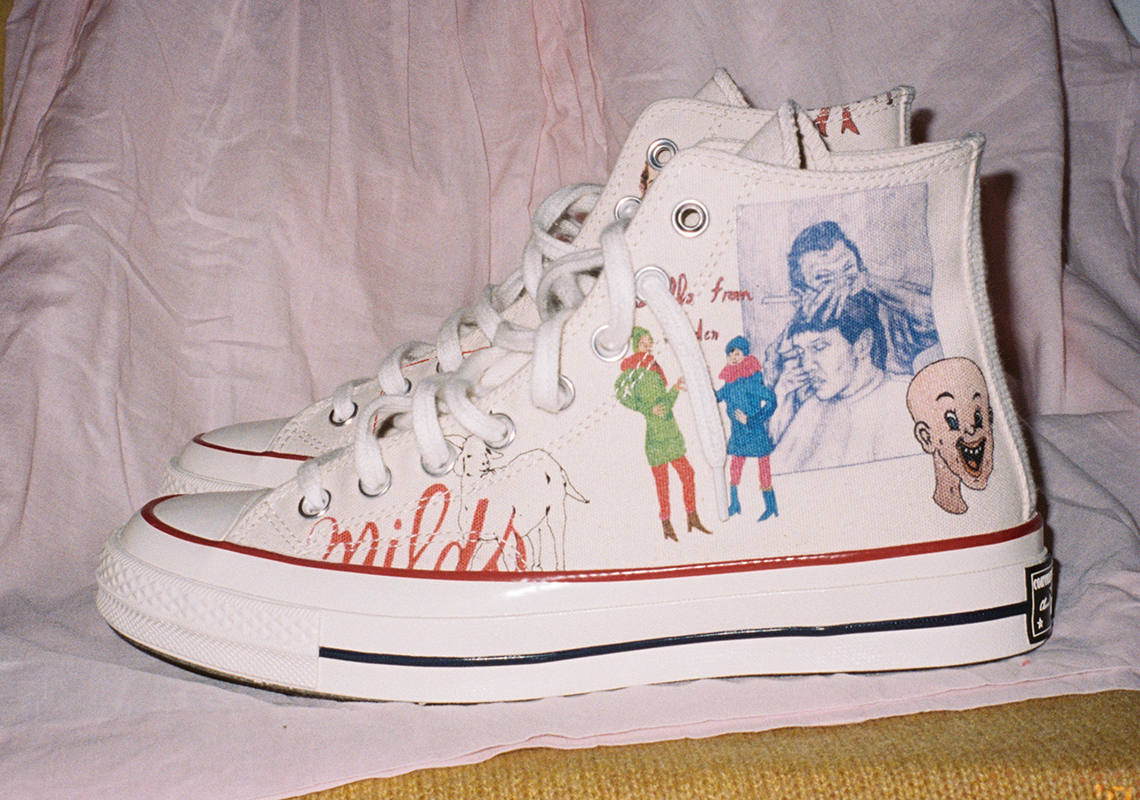 From the humbling days at Starbucks to the roaring crowds of Camp Flog Gnaw, Tyler, The Creator has built an incredible career from the ground up, but this rise to fame was no doubt a product of both dedication and helping hands — his Odd Future crew just a few of the artist’s most active supporters. Now, with an army of fans near international, the IGOR mastermind is giving other young creators the opportunity to share his podium through Converse’s on-going Artist Series. And after its first capsule, the line-up is dialing thing back slightly for more keen focus on 21-year-old Spencer McMullen, a Florida-born hopeful whose chance encounter with Tyler back when he was 16 proves ever-pivotal as he embraces his very own Chuck 70.

Though an amalgamation of different inspirations and techniques, McMullen’s creation retains an obvious cohesion via his hand drawn style. Each, though representative of a specific experience, acts as a multi-layered vignette into not only the artist’s life but also that of those around him. The Parchment canvas and clean white tooling sit as the artistic backdrop, highlighting many a pastel and playful depiction. The lateral sides, which seem to sprawl more aggressively, sees to a mugshot-like portrait of a black-eyed, middle-aged man on one foot and an intimate hair cut on the other. Accents atop lean towards the more random as various caricatures take form in a spectrum of absurdity — a boy and his dog arguably the most tame and an ostensibly maniacal face the most extreme.

Grab a detailed look at the design below and expect a release to hit Converse.com on April 23rd for a price tag of $100 USD. 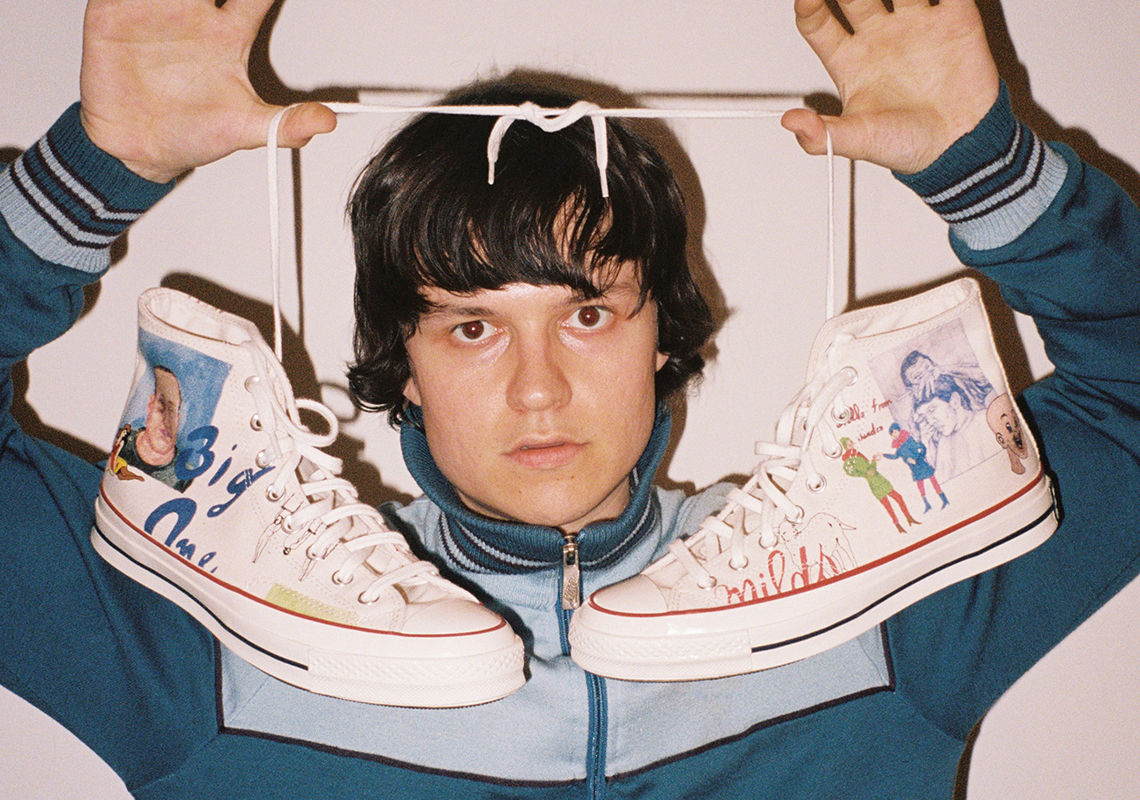 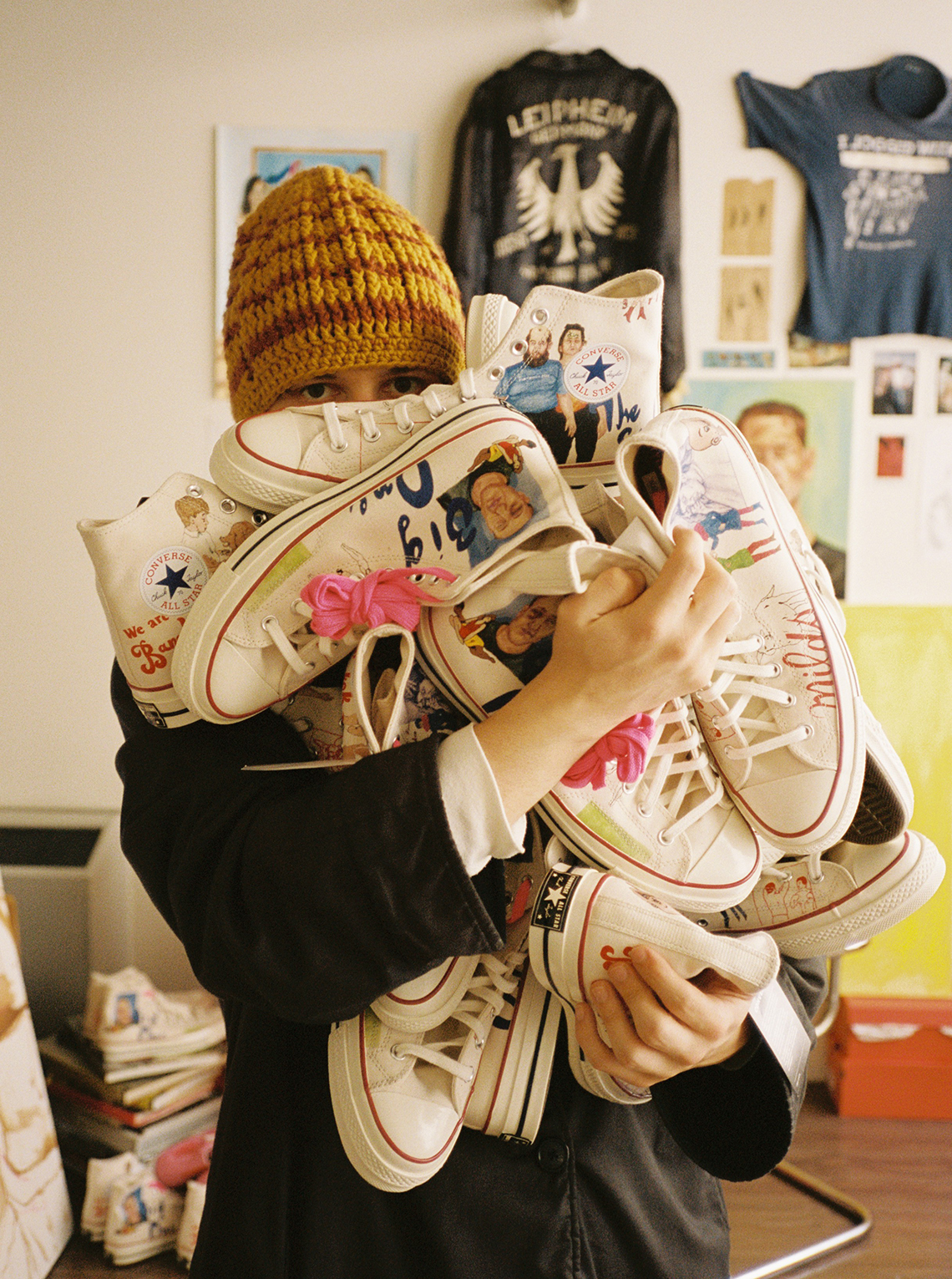 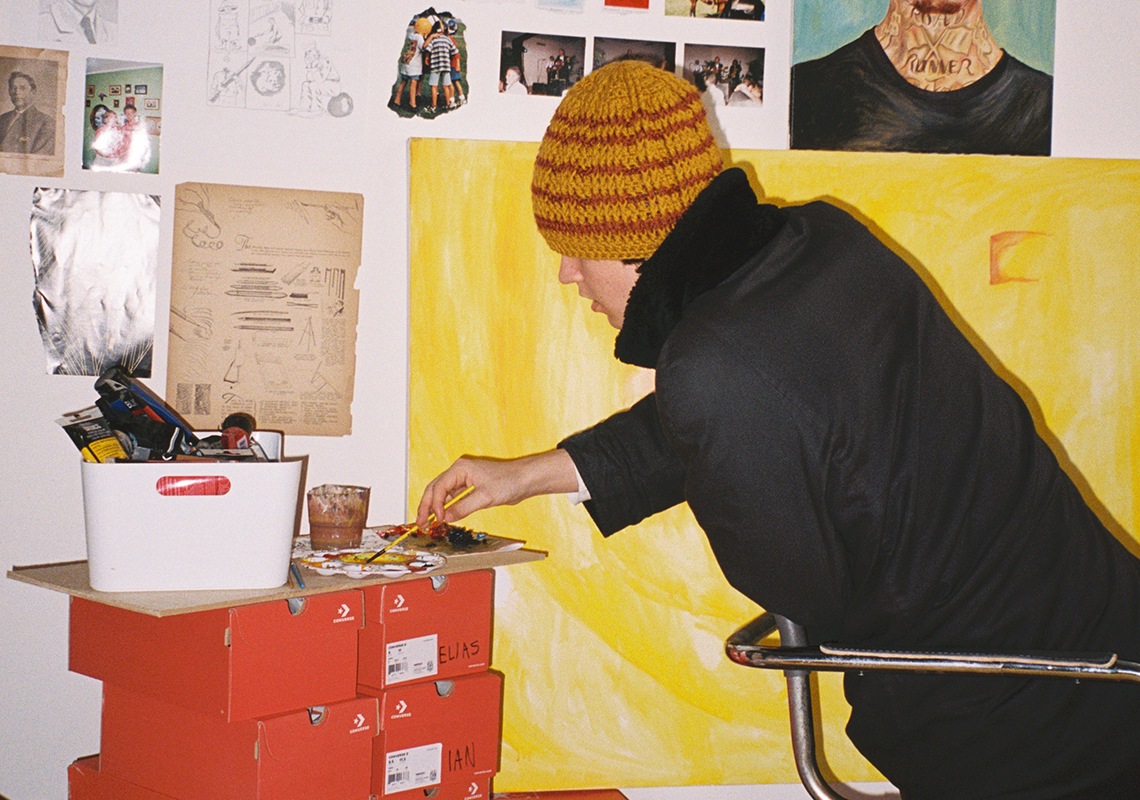 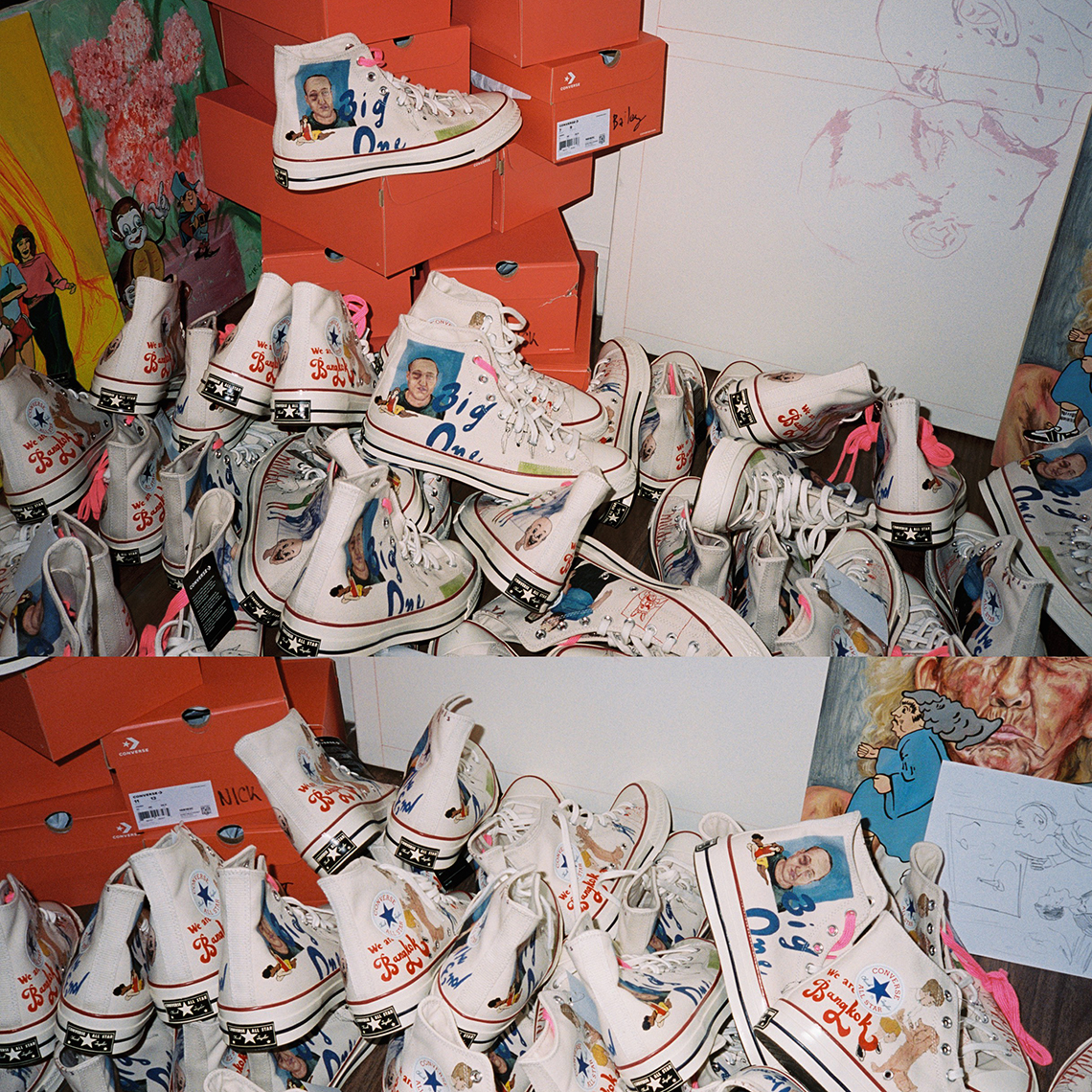 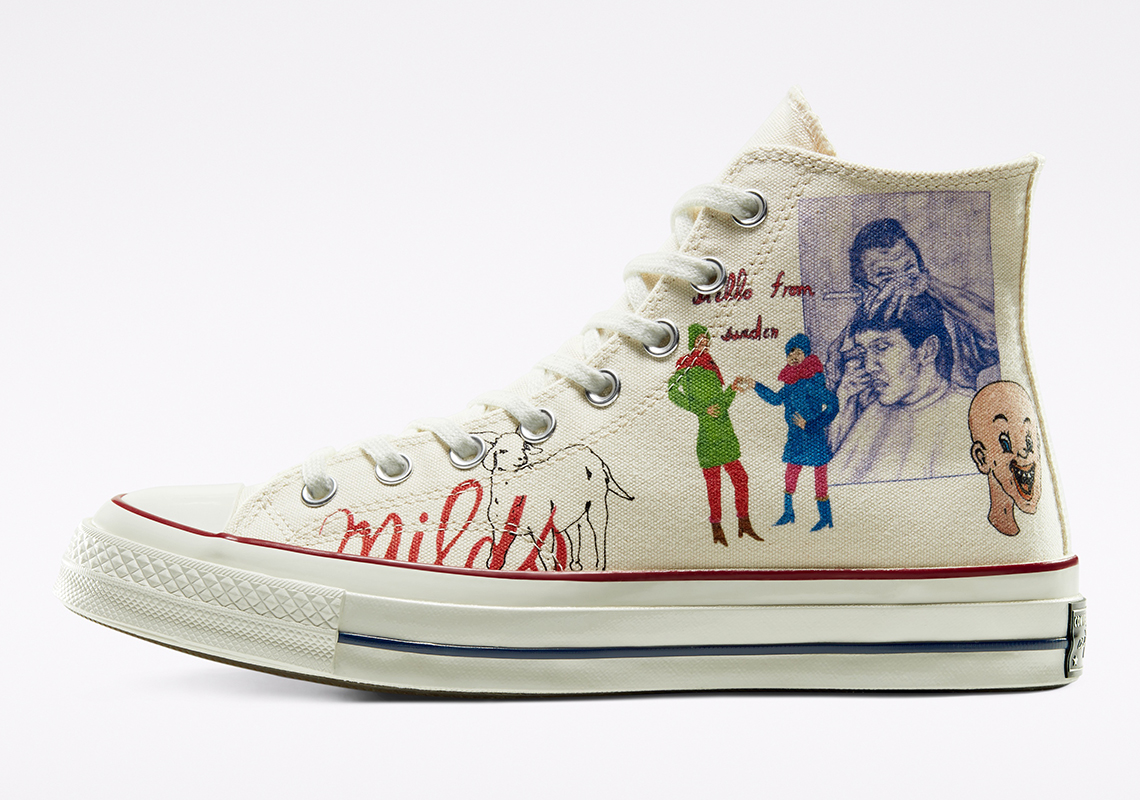 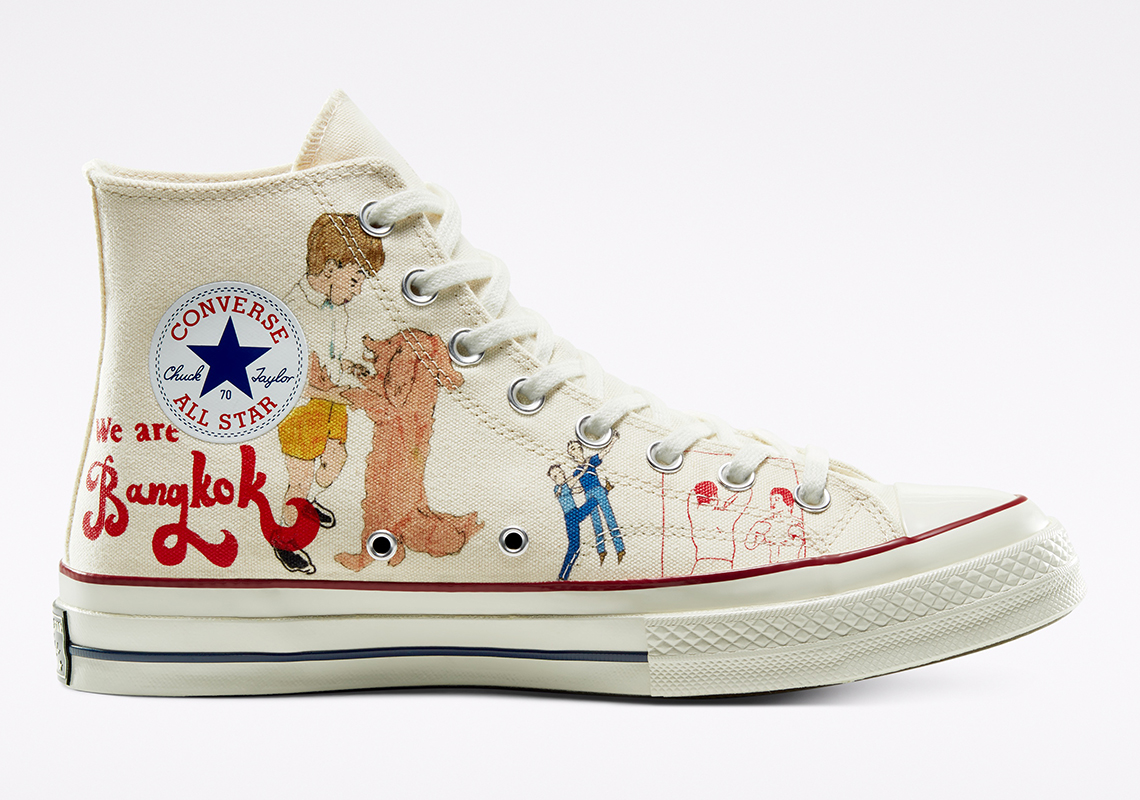 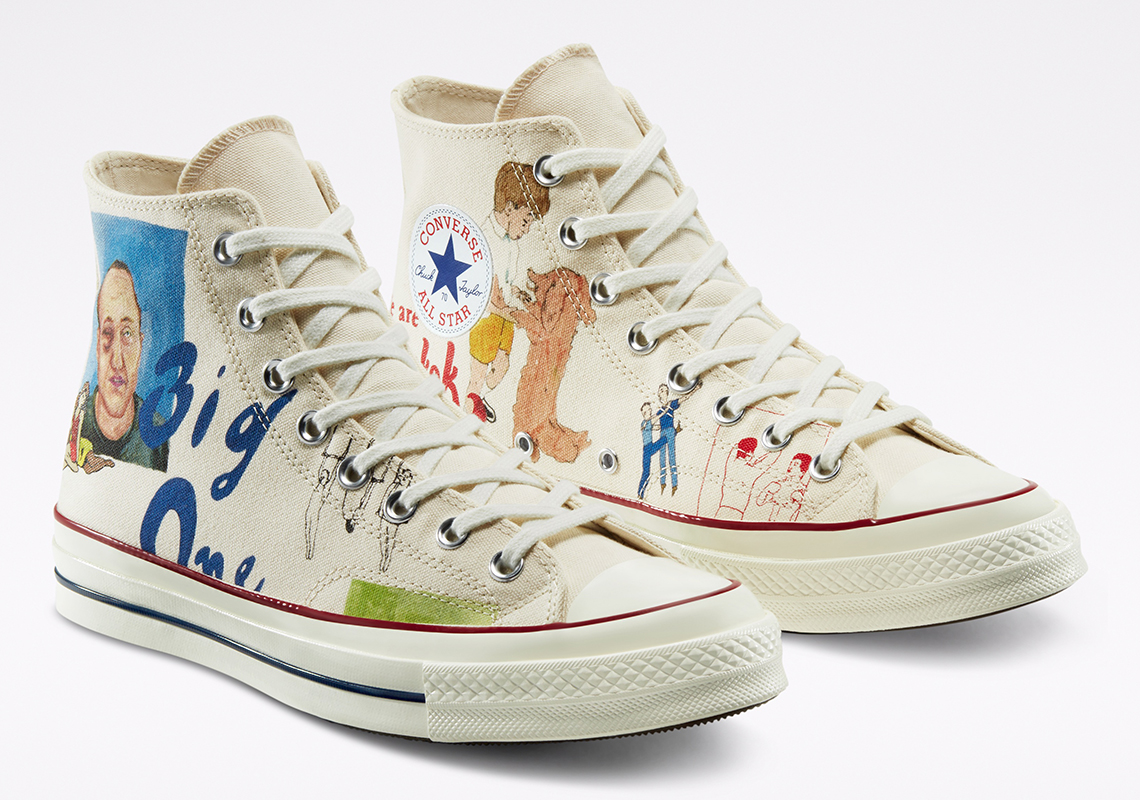 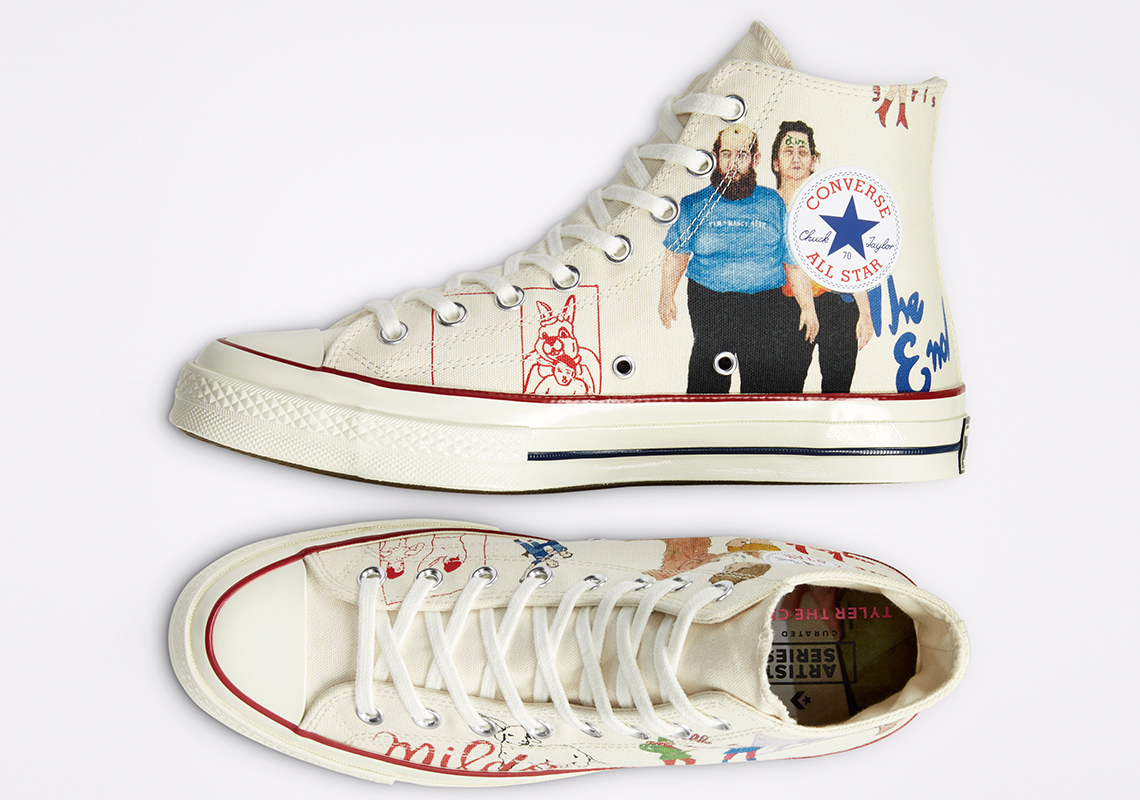 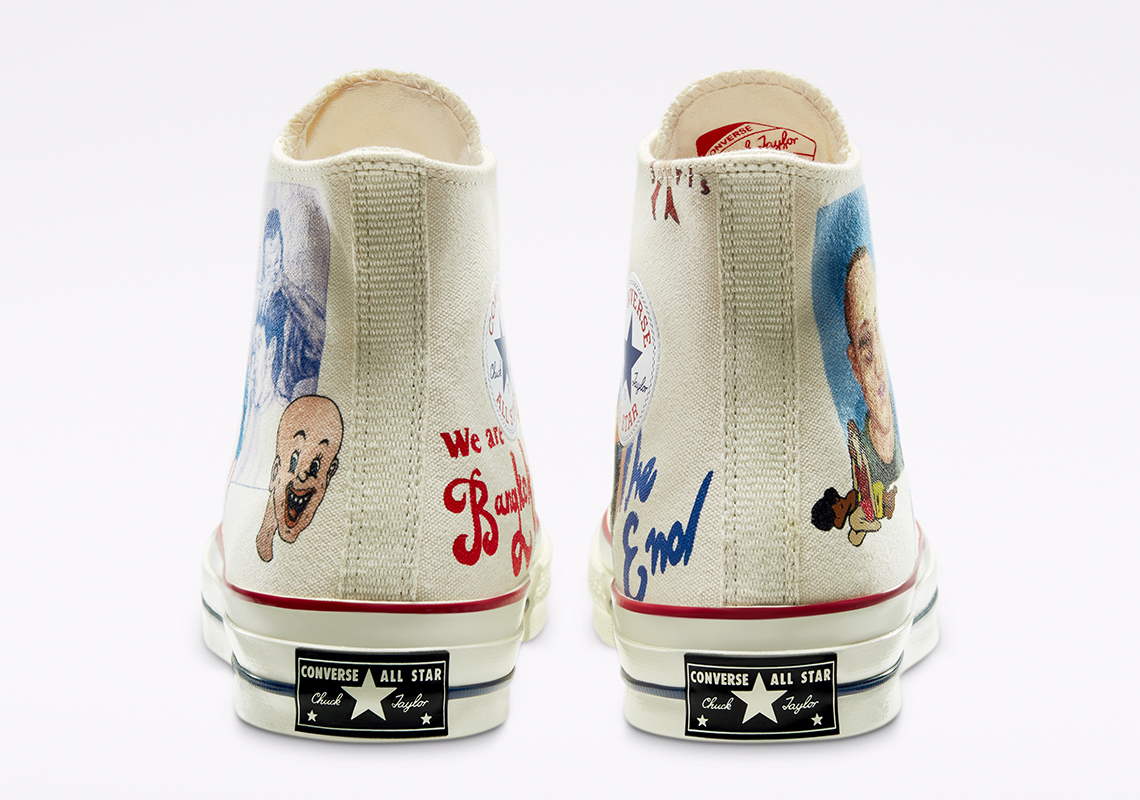 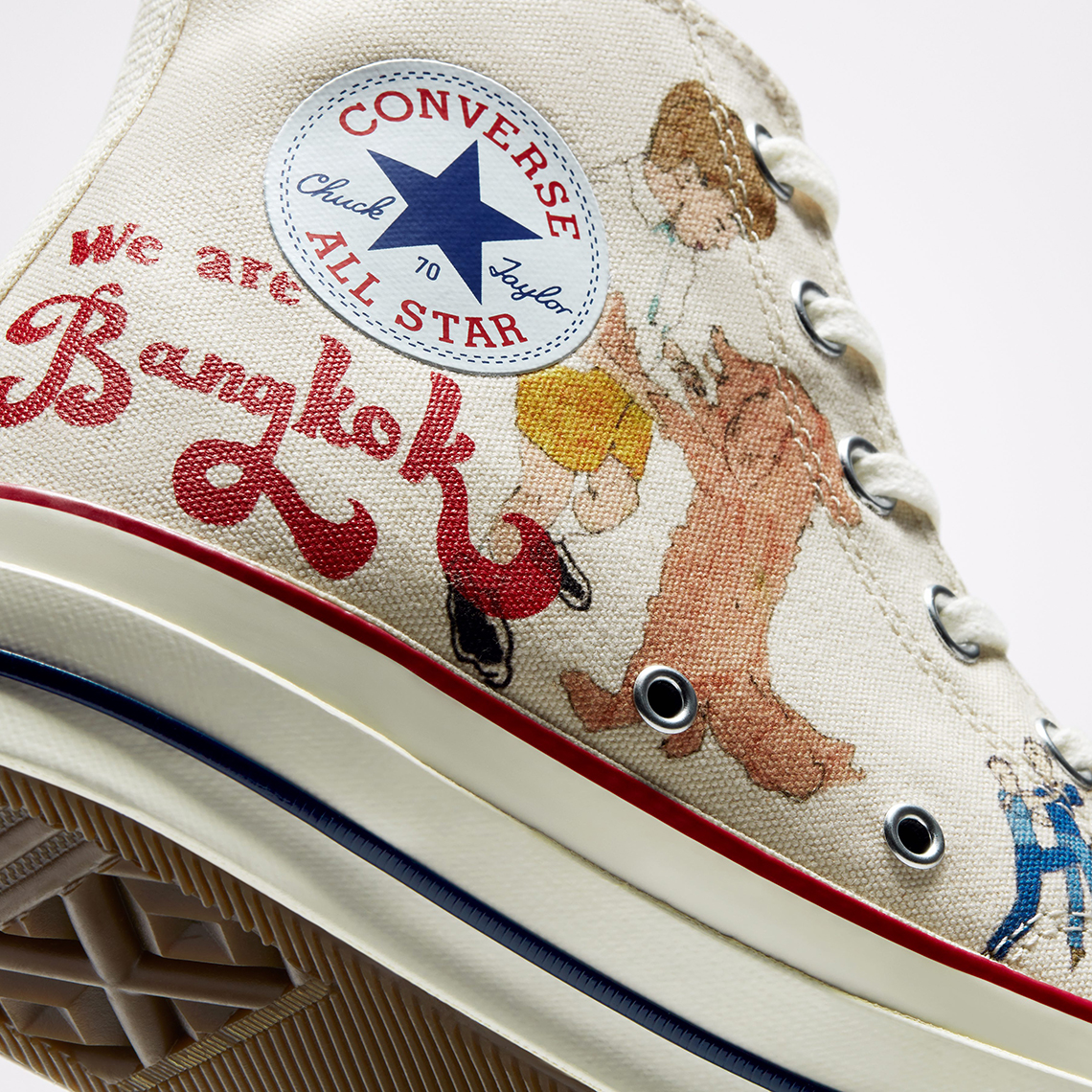 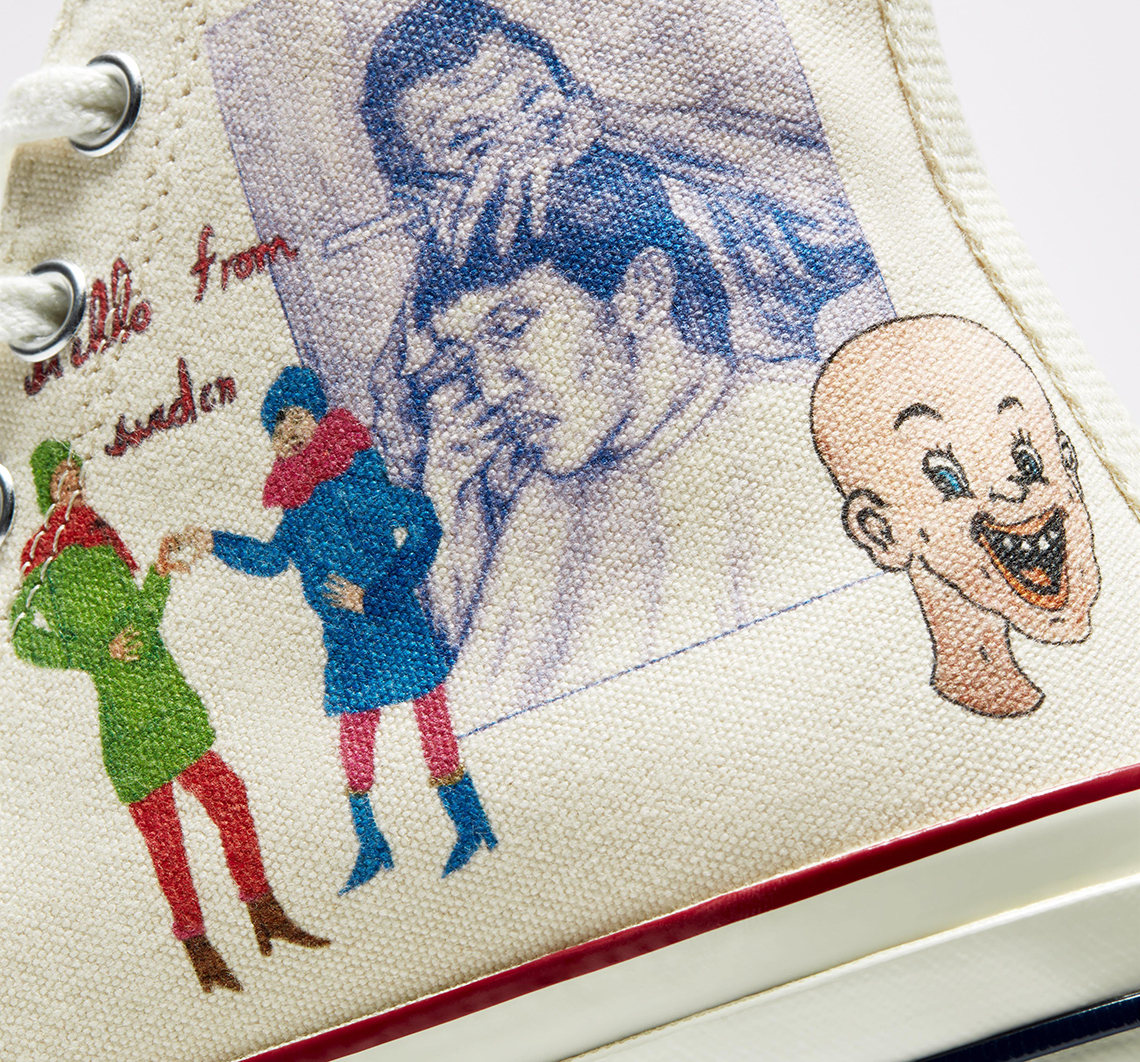 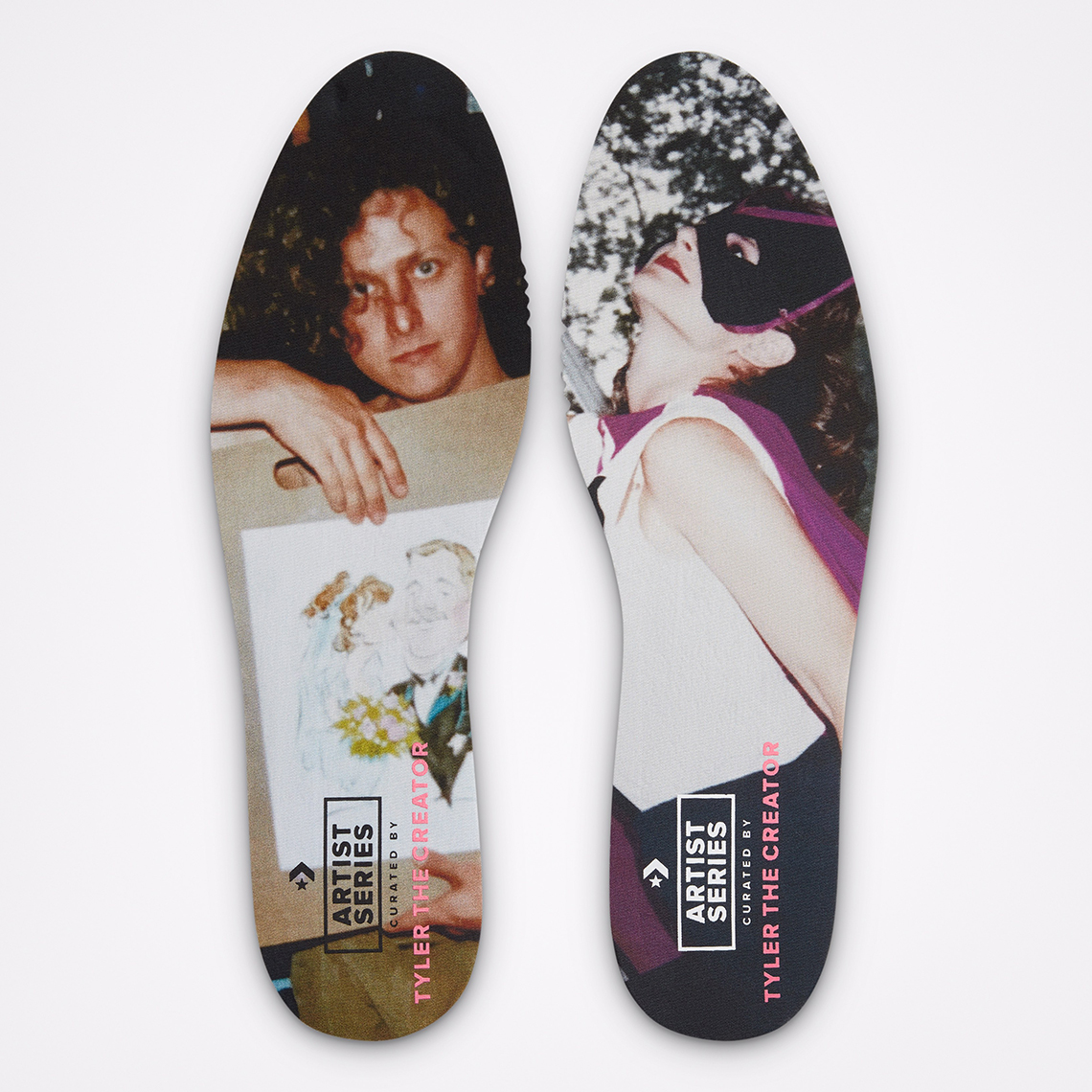