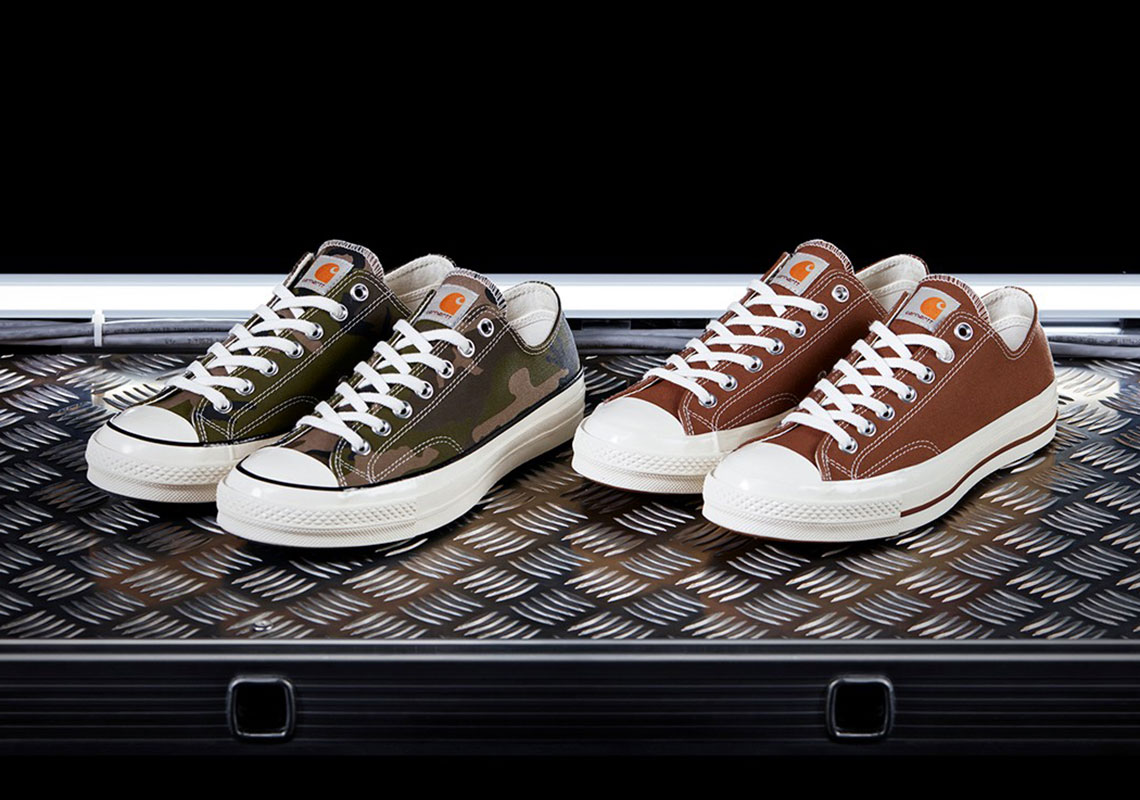 Carhartt WIP And Converse Are Bringing Back Their Chuck 70

Converse has been spending much of their time working on their footwear partnerships lately as they’ve recently introduced newer projects with the likes of Tyler, The Creator’s GOLF le FLEUR, Spencer McMullen, and CDG PLAY. And to close out the month of April, they’re staying in tune with their collaborative catalog, only this time giving one of their older joint releases a refresh in the form of their Chuck 70 Lows with Carhartt WIP. Originally launched back in June of 2019, the two-pronged capsule is arriving in its identical form by merging the One Star brand’s classic low-profile silhouette with staple materials signature of the popular workwear mavens. Both are treated with full 12 oz. canvas uppers with the first colorway seeing through to an graphic-focused upper in olive camouflage, while the other is more cleanly-presented with a “Hamilton Brown” motif. For those looking to scoop up a pair, they will be re-releasing on April 28th on Converse.com for $110 a piece.

In other news, check out a first look at the upcoming Nike Zoom Freak 2. 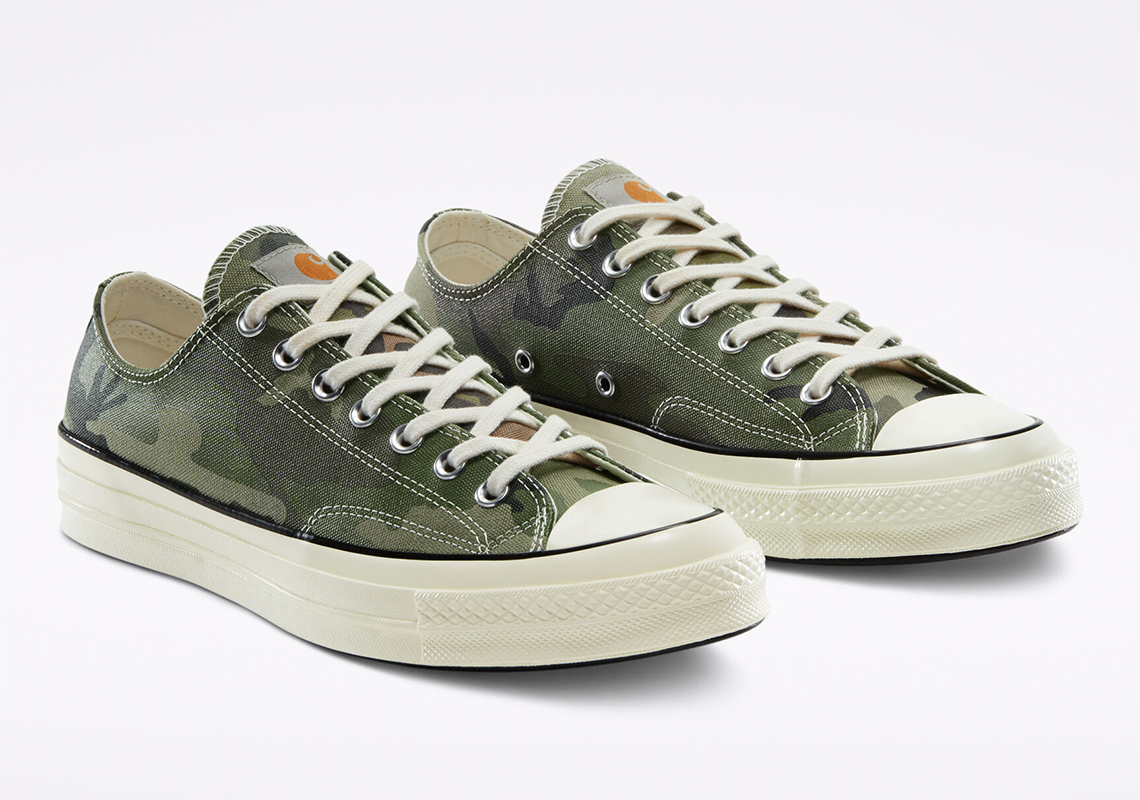 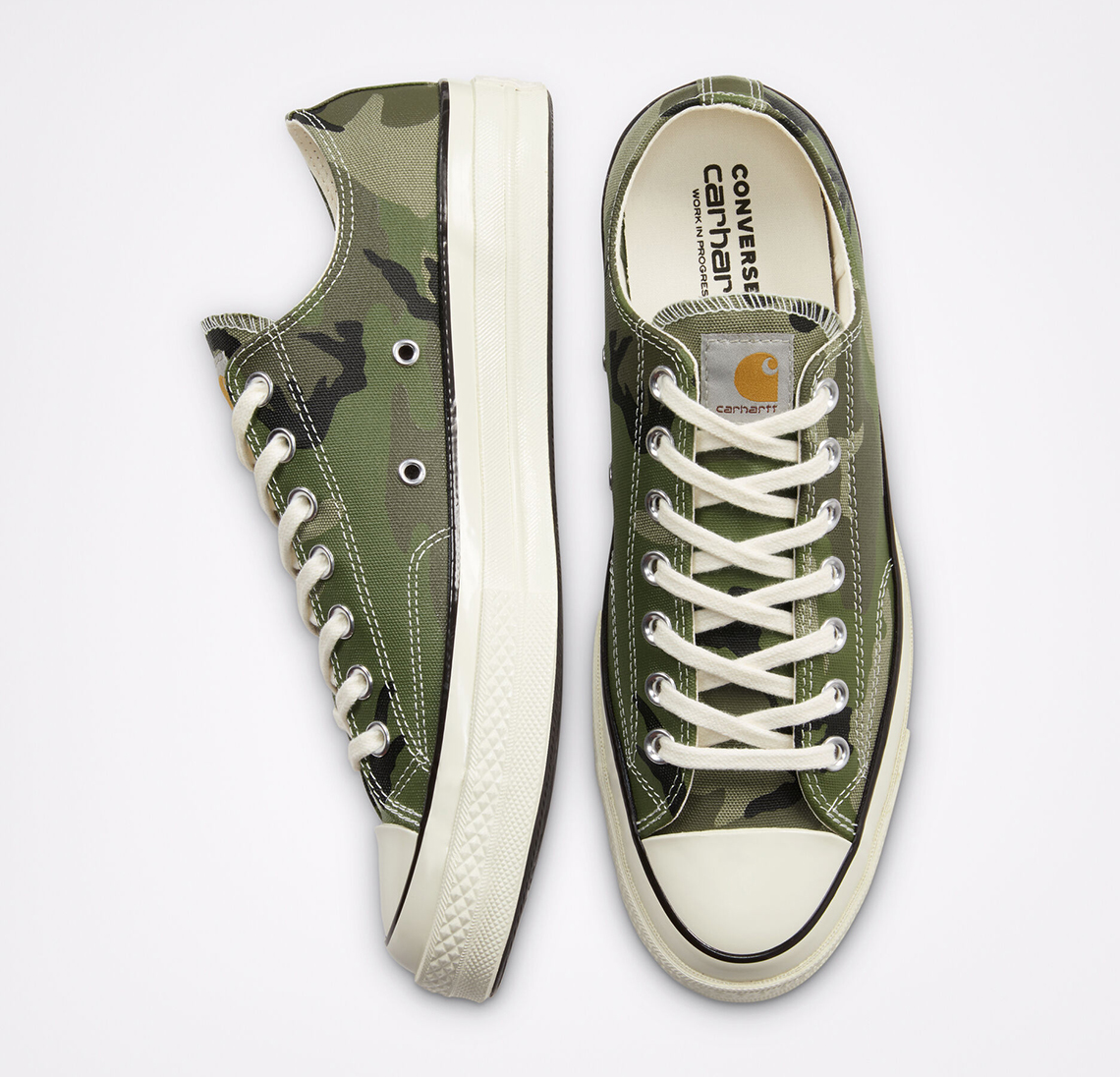 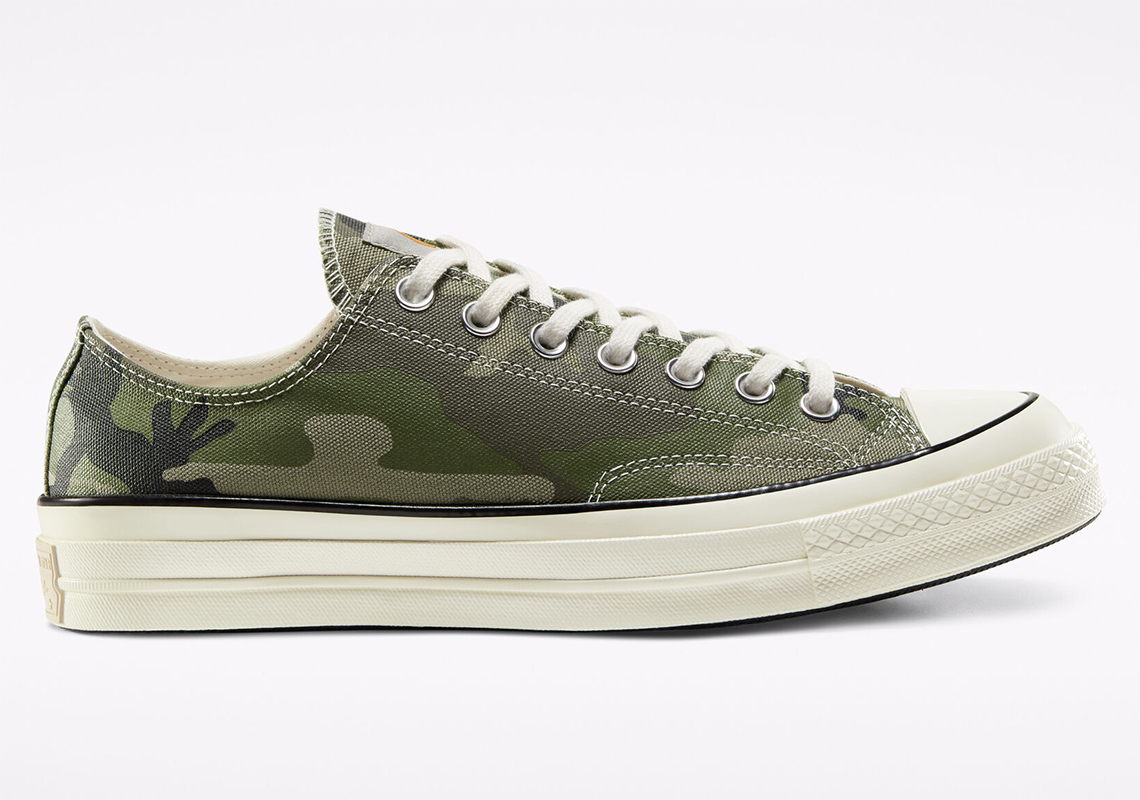 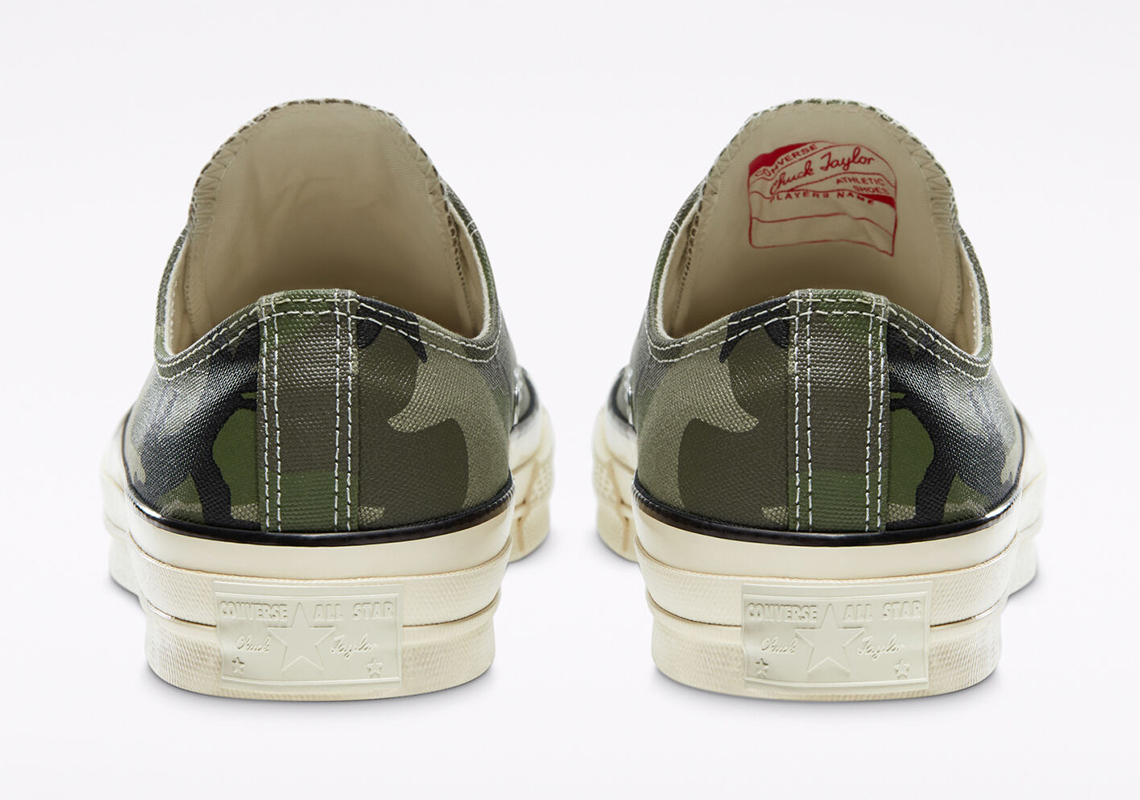 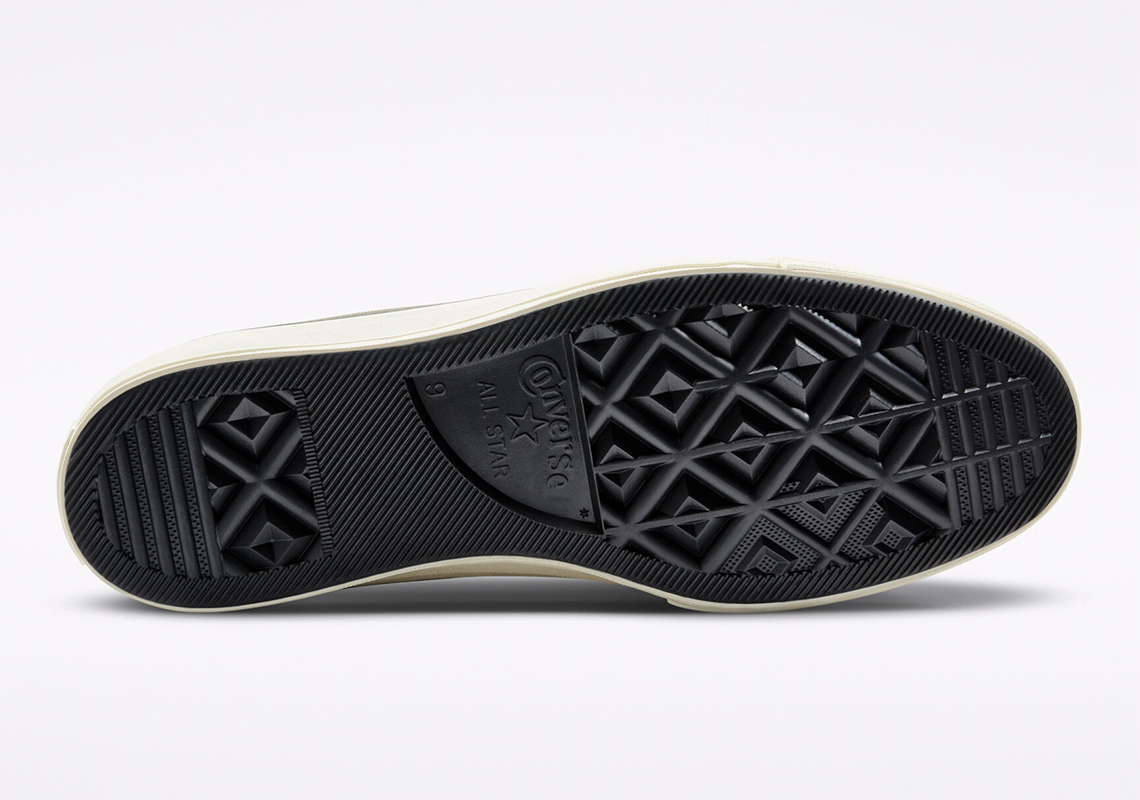 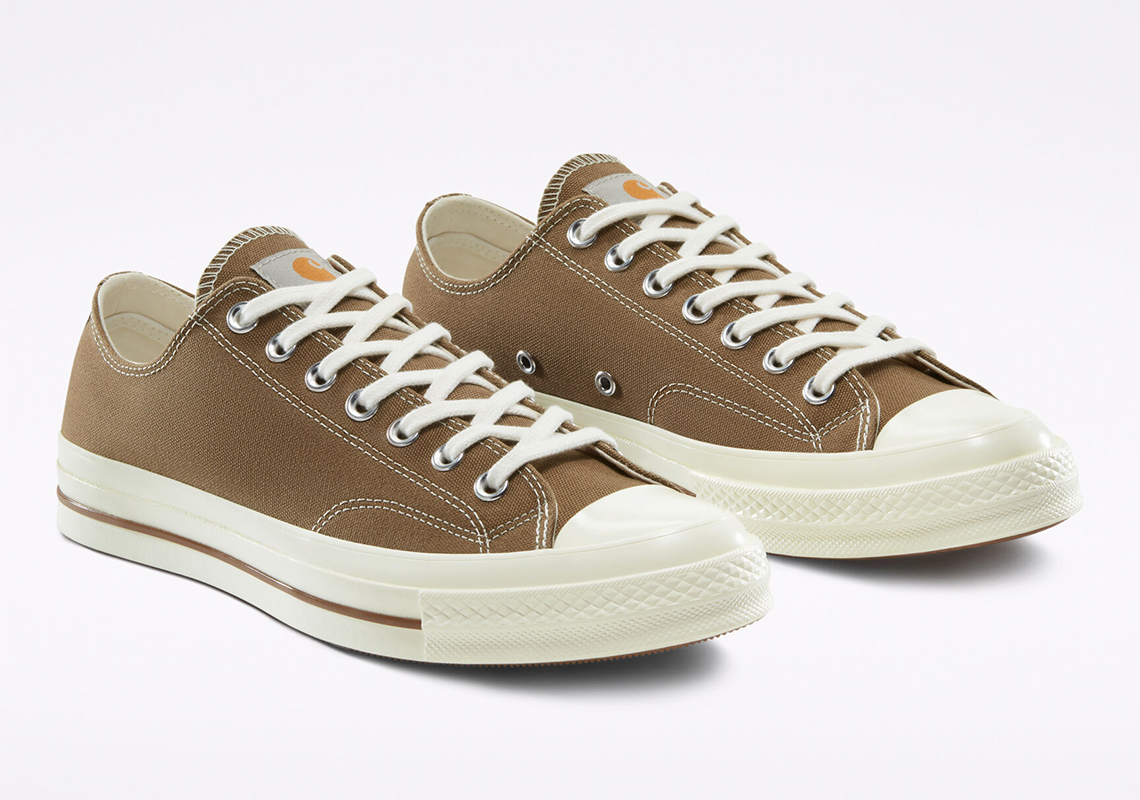 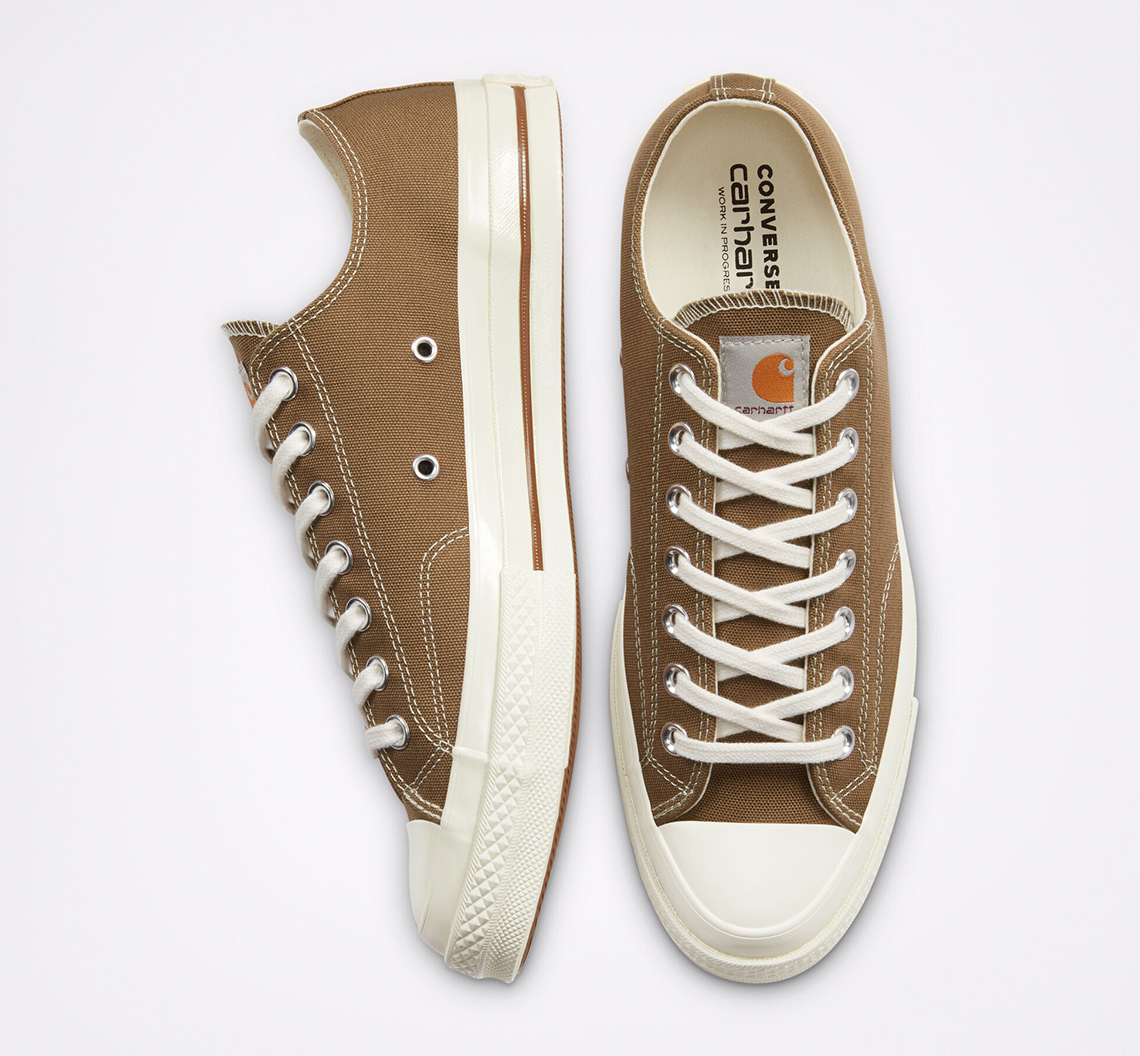 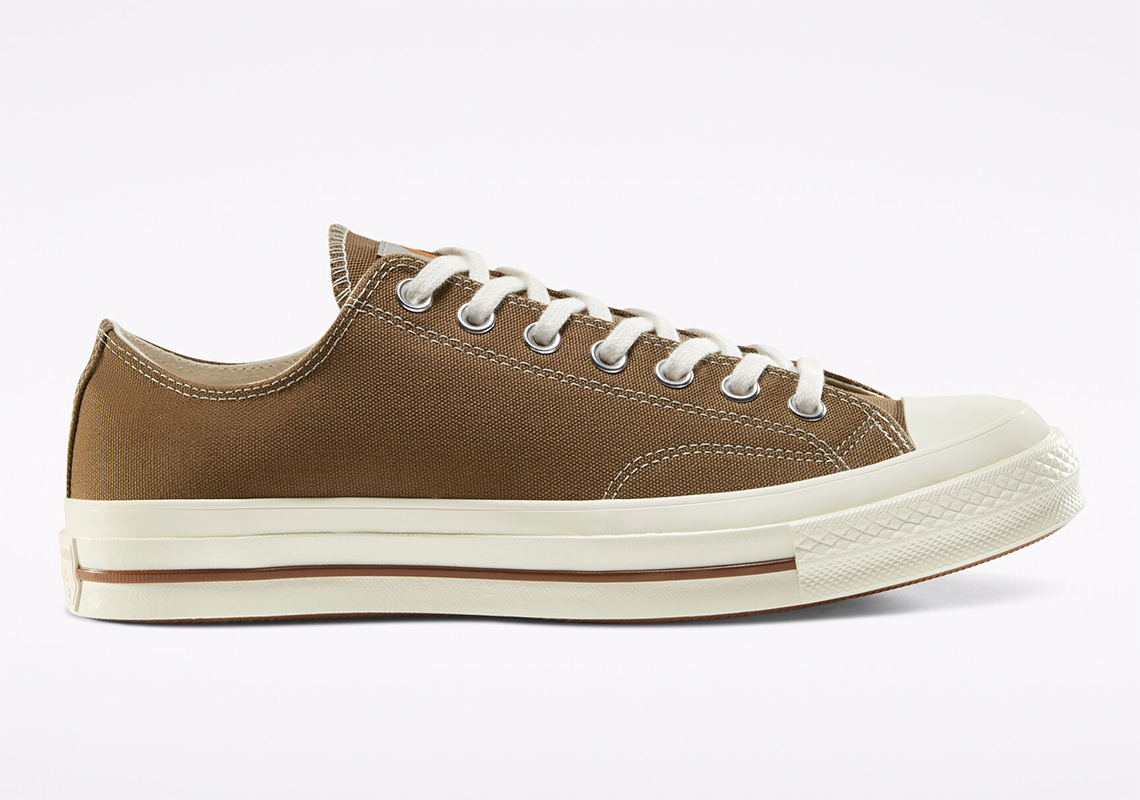 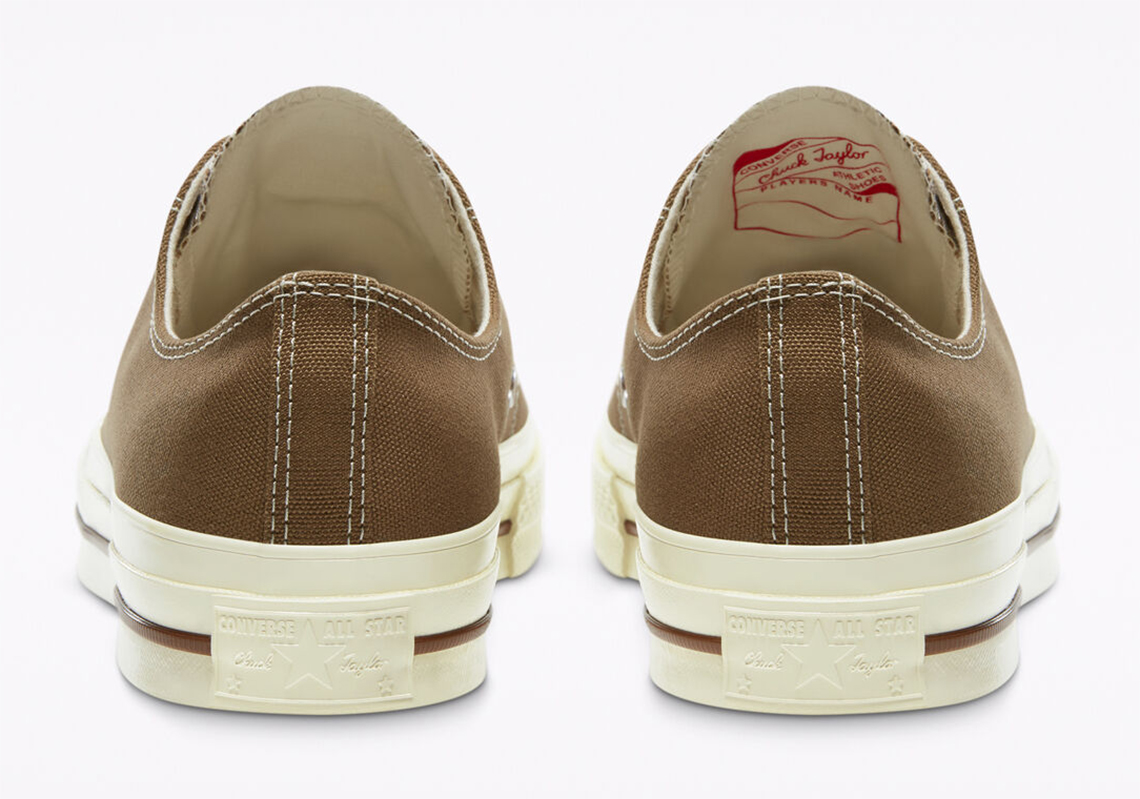 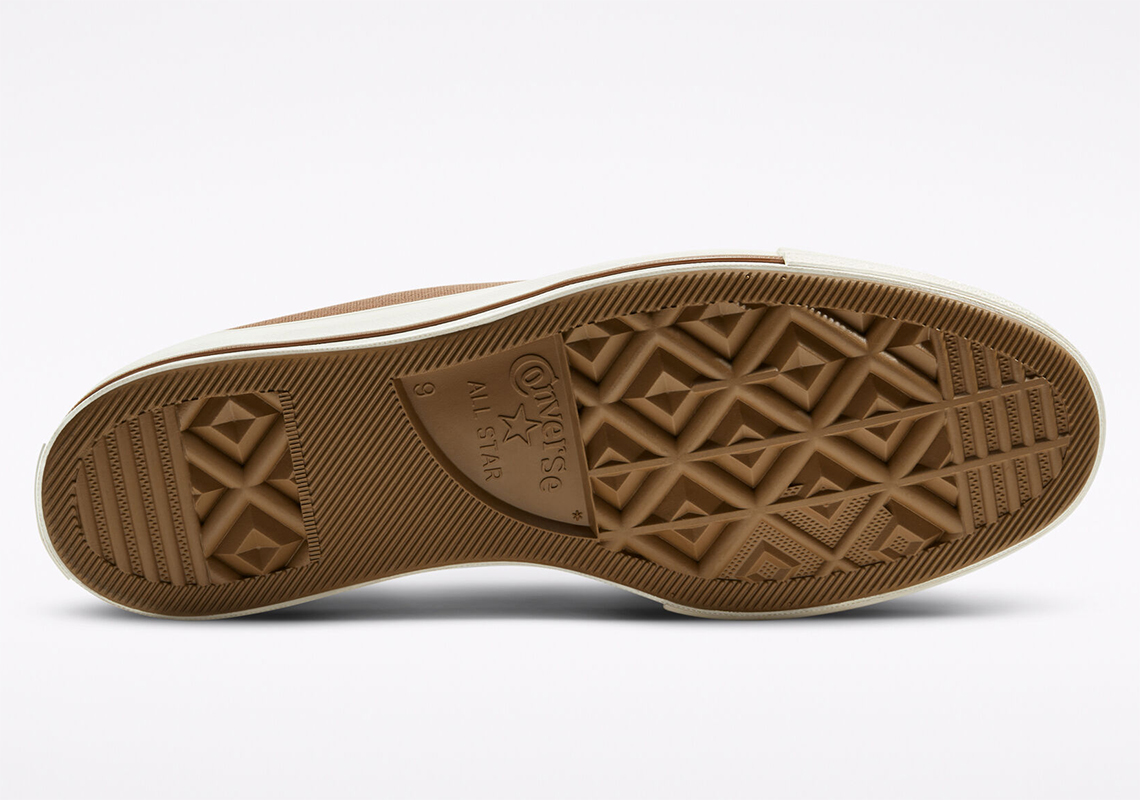