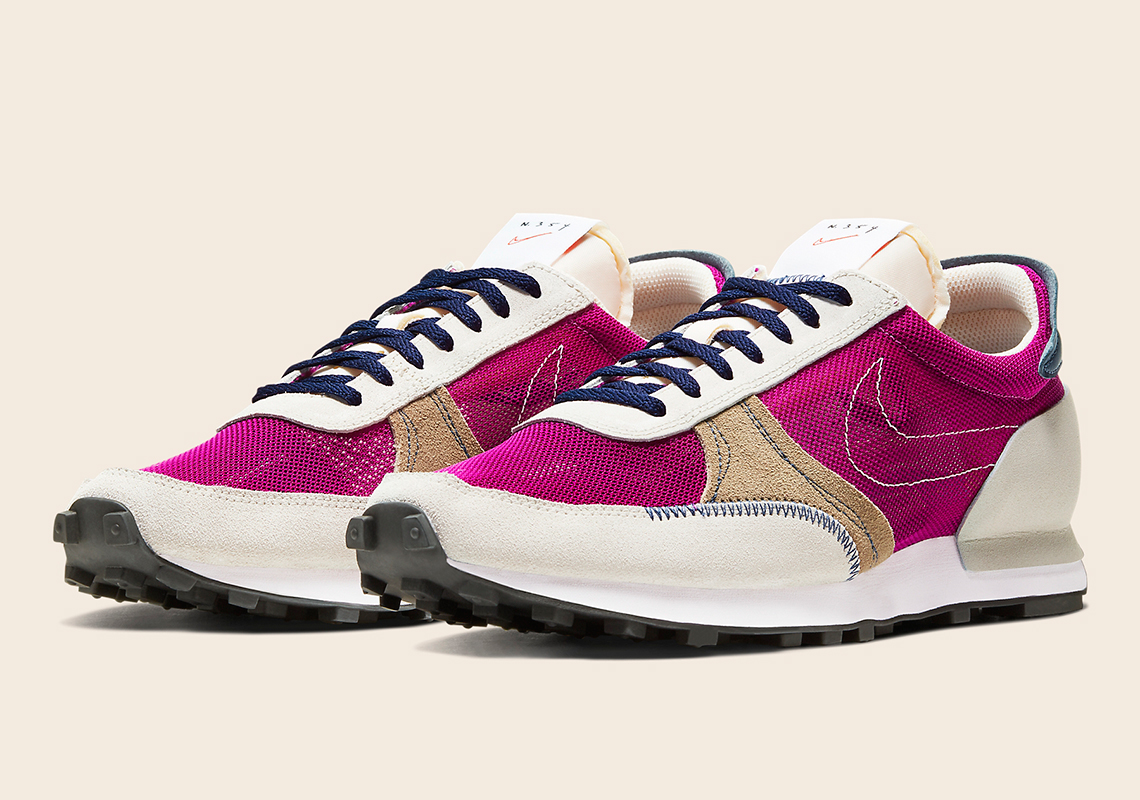 After spending most of its efforts crafting the more lifestyle-focused Air Force 1 with deconstructed elements, Nike’s conceptual N.354 series is making a pivot towards a fellow Sportswear model with the introduction of the Daybreak Type. Initially revealed yesterday in two colorways, the silhouette comes packaged with blueprint-inspired details including that of outlined Swooshes, exposed stitchings, and foam tongues, and it’s now uncovering what looks to be the third offering in its repertoire. Mesh base layers – which also happen to evoke a similar construction to Chitose Abe’s initial trio of sacai x LDWaffle collaborations – are dyed to a Spring-ready “Cactus Flower” hue, and surrounded by overlays relying on duo of neutral tans and khaki browns to wrap along the forefoot, throat, and heels. Additionally, the heels which host its N.354 branding, as well as the shoe strings are dialed down to a neutral “Midnight Navy”. If you’re looking to add these to your wardrobe, they will be dropping in select retailers overseas on April 30th, with a Nike.com drop likely to follow shortly after.

In other news, the Air Jordan 1 Low has surfaced in a new blue and orange colorway. 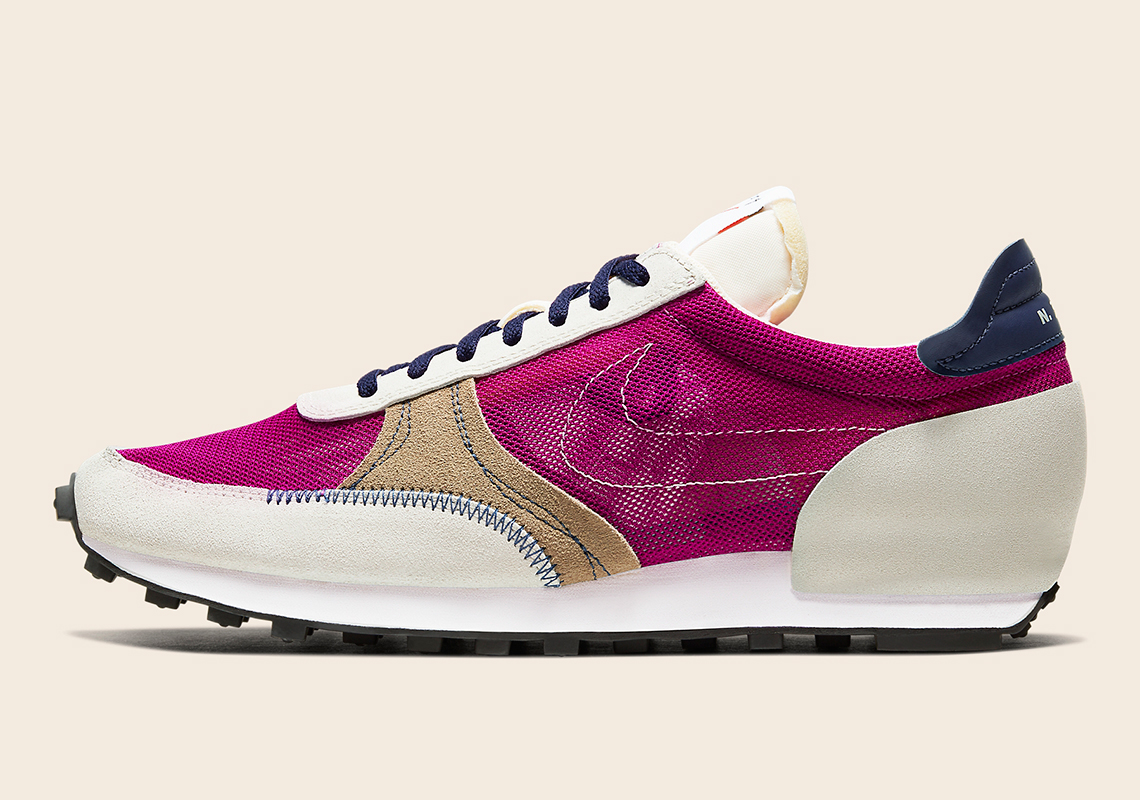 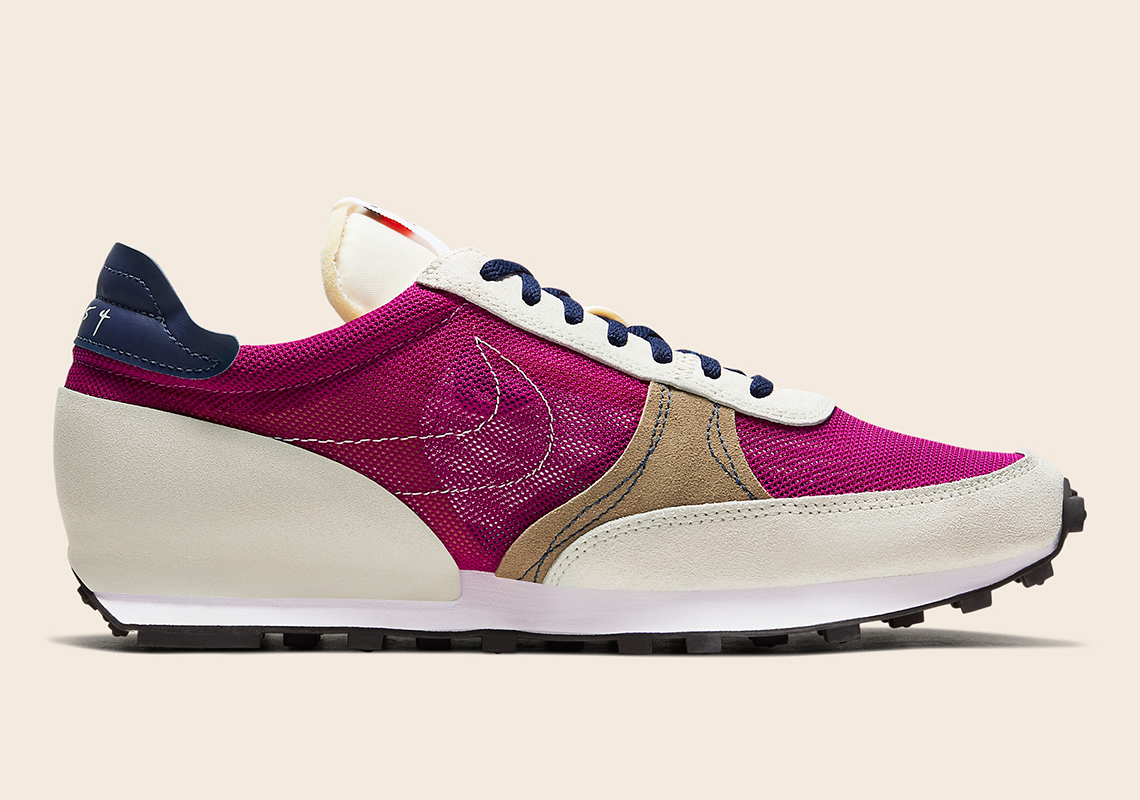 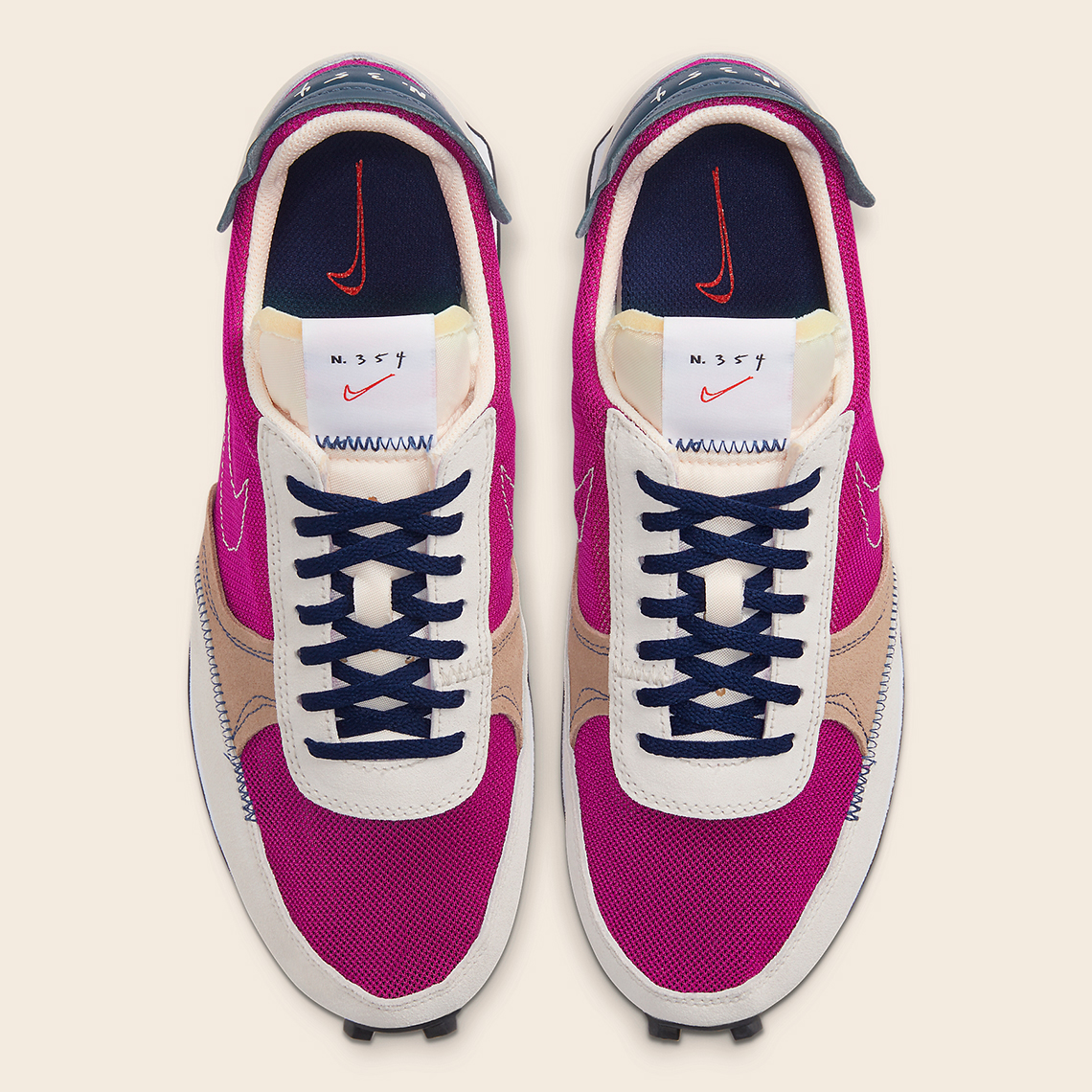 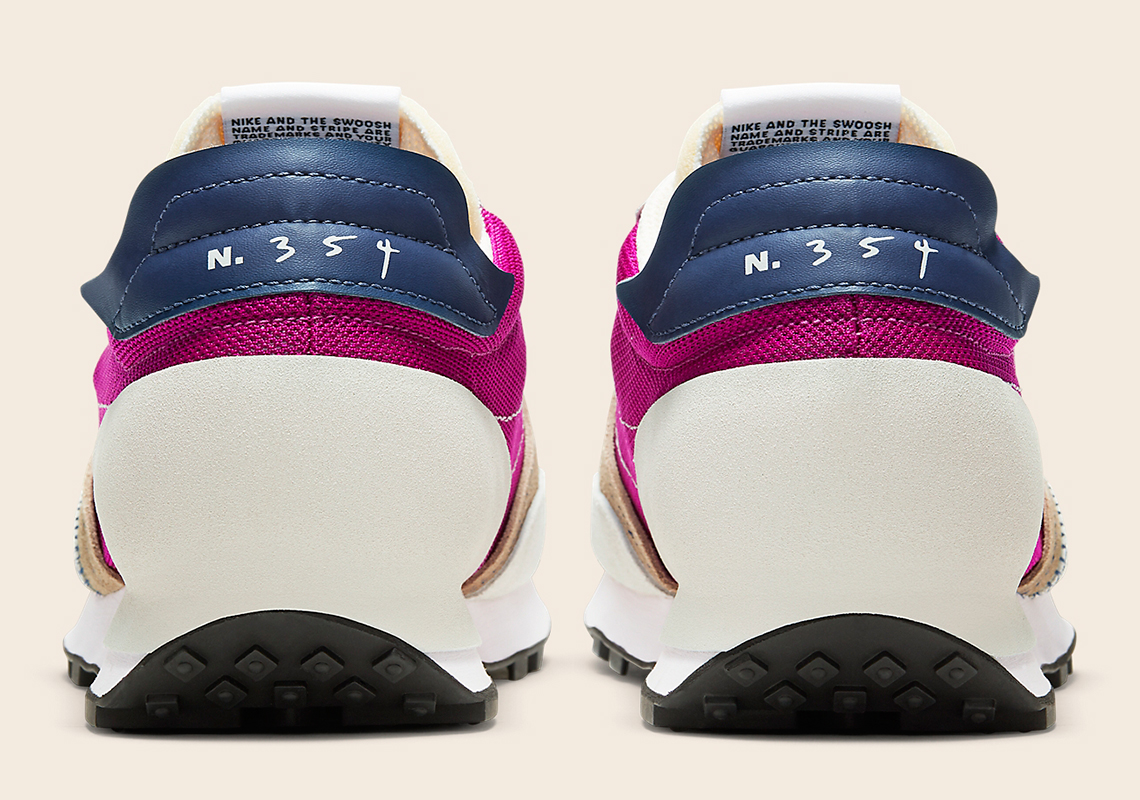 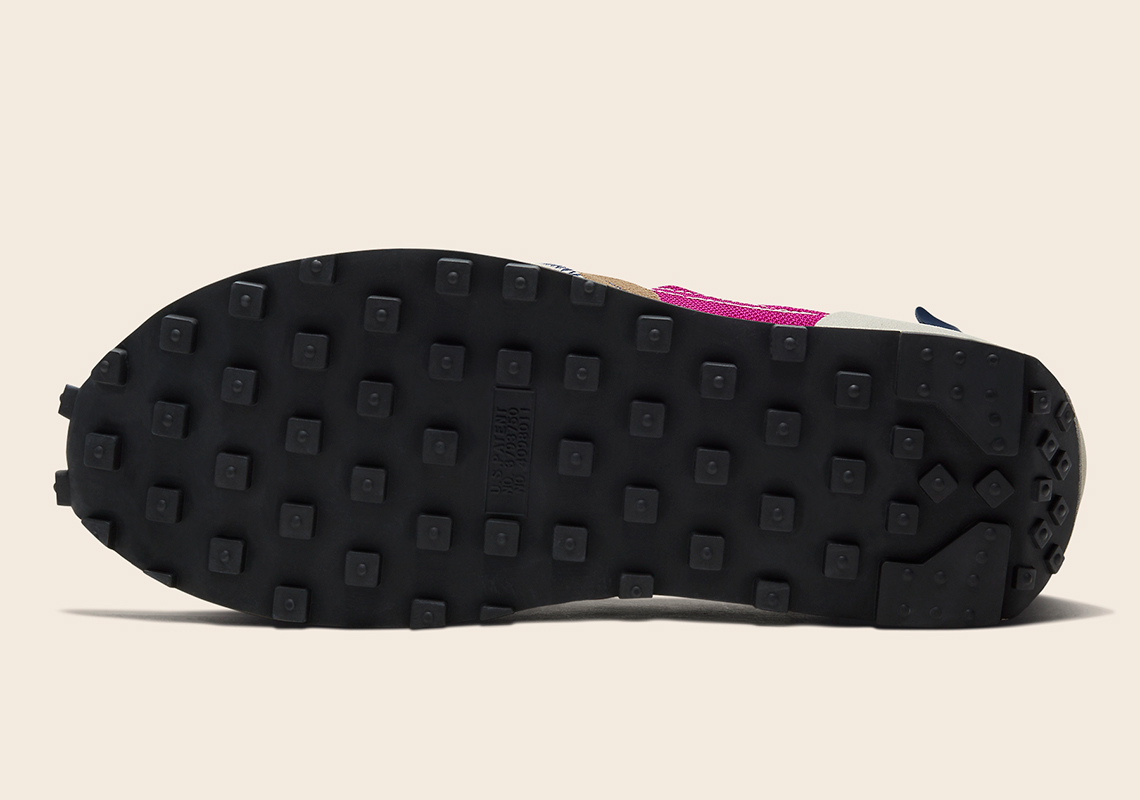 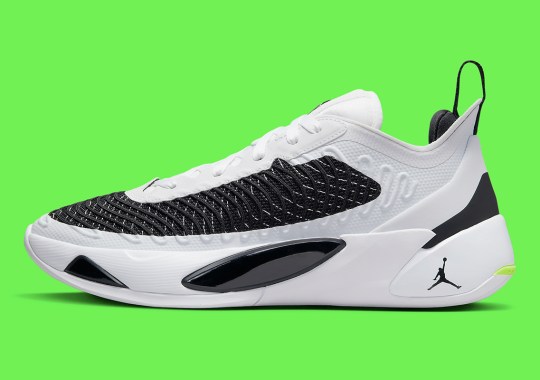 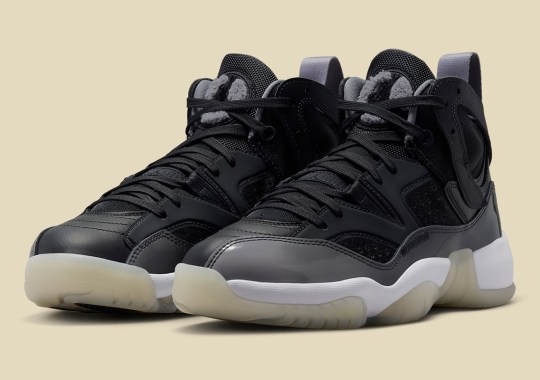