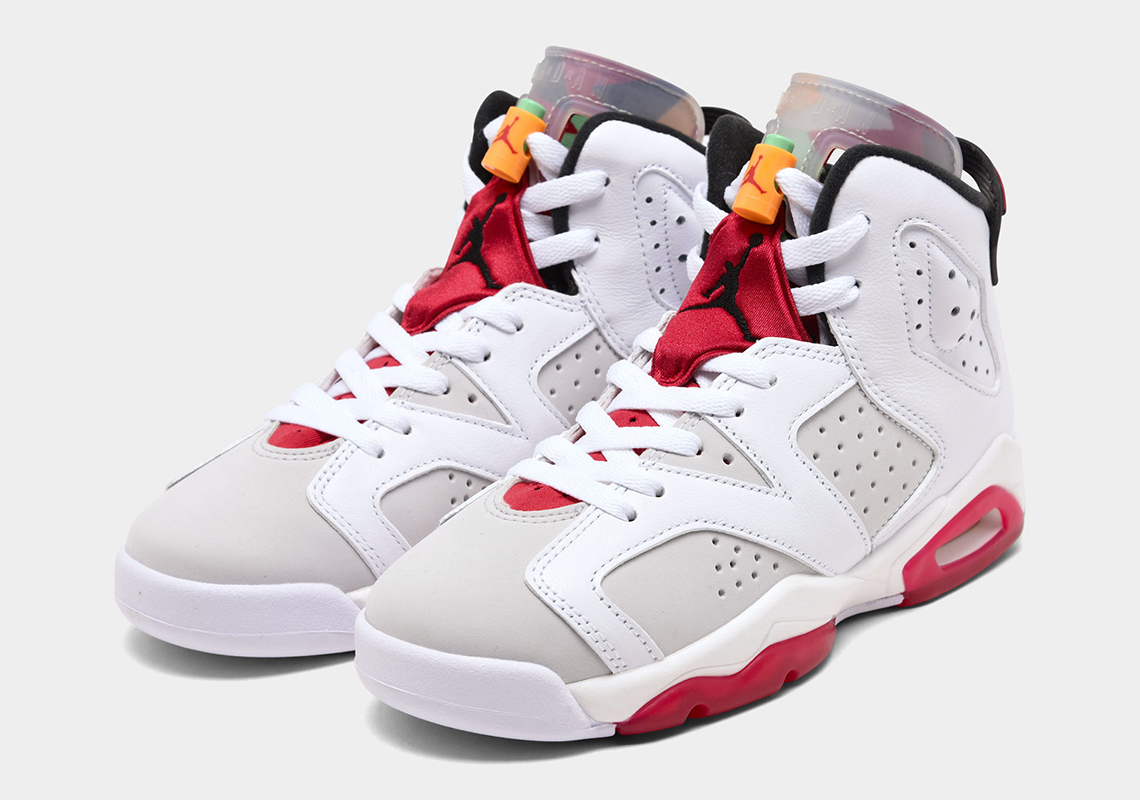 Despite being unfortunately postponed until later this Summer, the Air Jordan 6 “Hare” has lost no momentum regarding its release — the colorway still one of the most exciting for the silhouette ever since the return of the DMP. Effectively a love letter to Bugs Bunny, the nostalgic offering encapsulates MJ’s relationship with the Looney Tunes icon, one marked by many a playful advert as well as the ever-unforgettable Space Jam. As such, the same-named scheme from back in 1992 is reproduced faithfully on newer terrain, all notable accents effectively intact with very few tweaks.

And despite arriving in a full family size run, the most iconic details are still represented, each pair — from GS to TD — donning the leather constructions of Sail and pure white. Lace shields are seemingly struck with red velvet and pronounced Jumpman insignia, matching that of the midsole’s color blocking whose look is nearly identical to its inspirations. Elsewhere, instead of a full patterned tongue, the modern variation hides the same treatment behind a lighter see-through film, essentially dialing down the saturation of the once loud retro graphic. Nearby, lace toggles are likened to carrots, outsoles are treated to reminiscent coloring, and the insole hides its abstract mosaic of yellow, red, and black.

Grab a detailed look at these right here and expect a release to arrive at Nike.com as well select stores come June 12th.

In other news, check out the official images of the Air Jordan 1 Royal Toe. 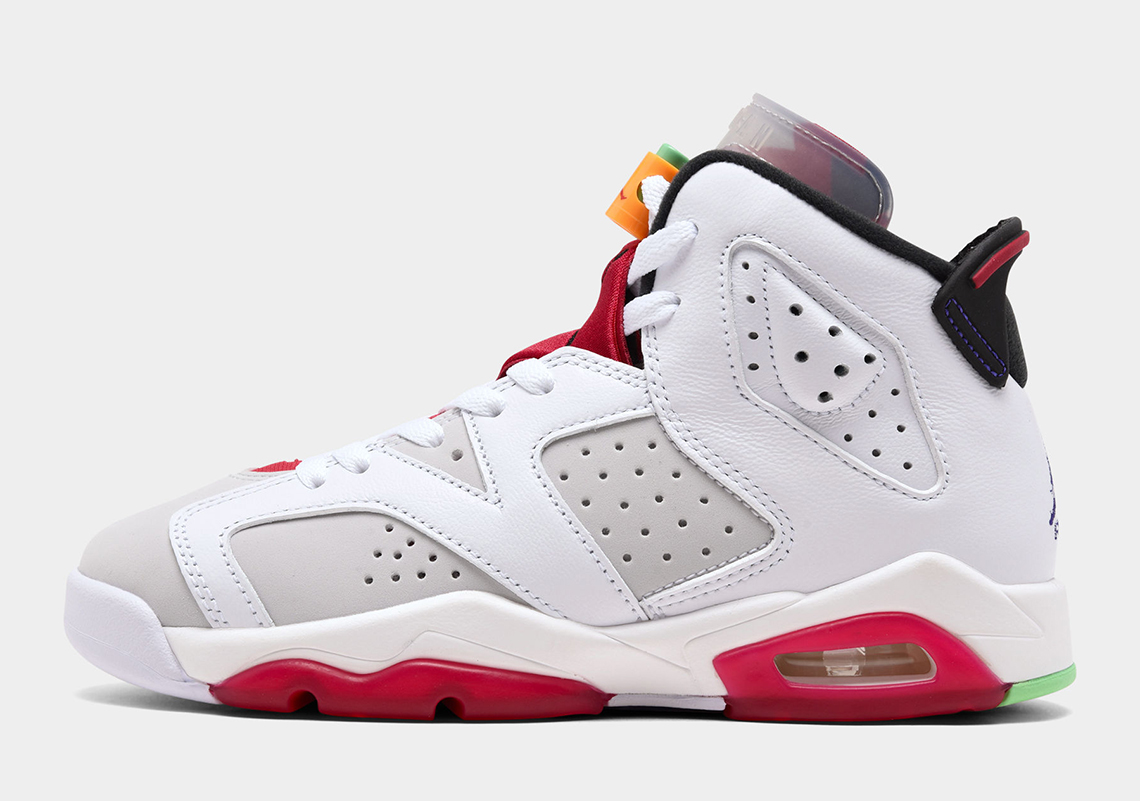 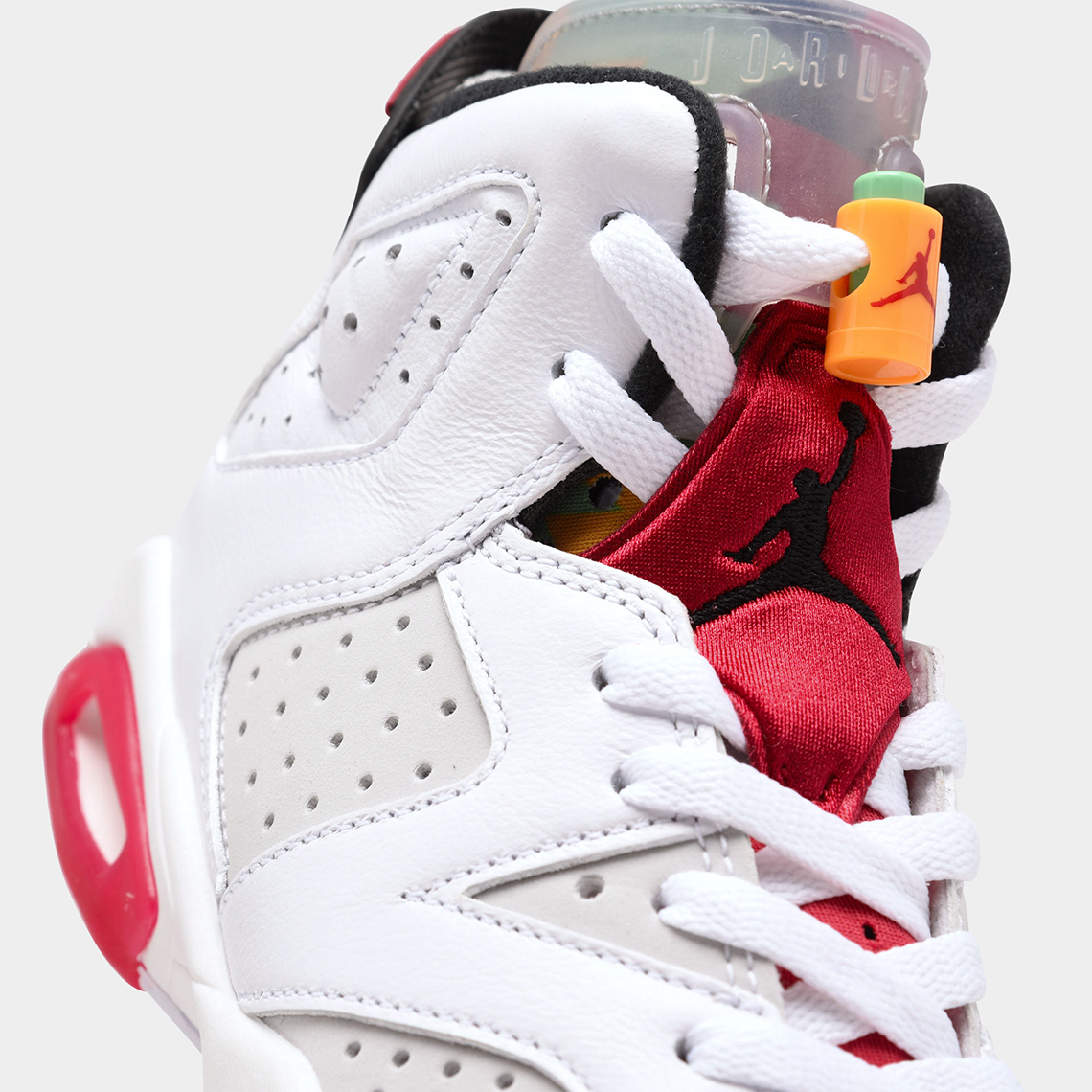 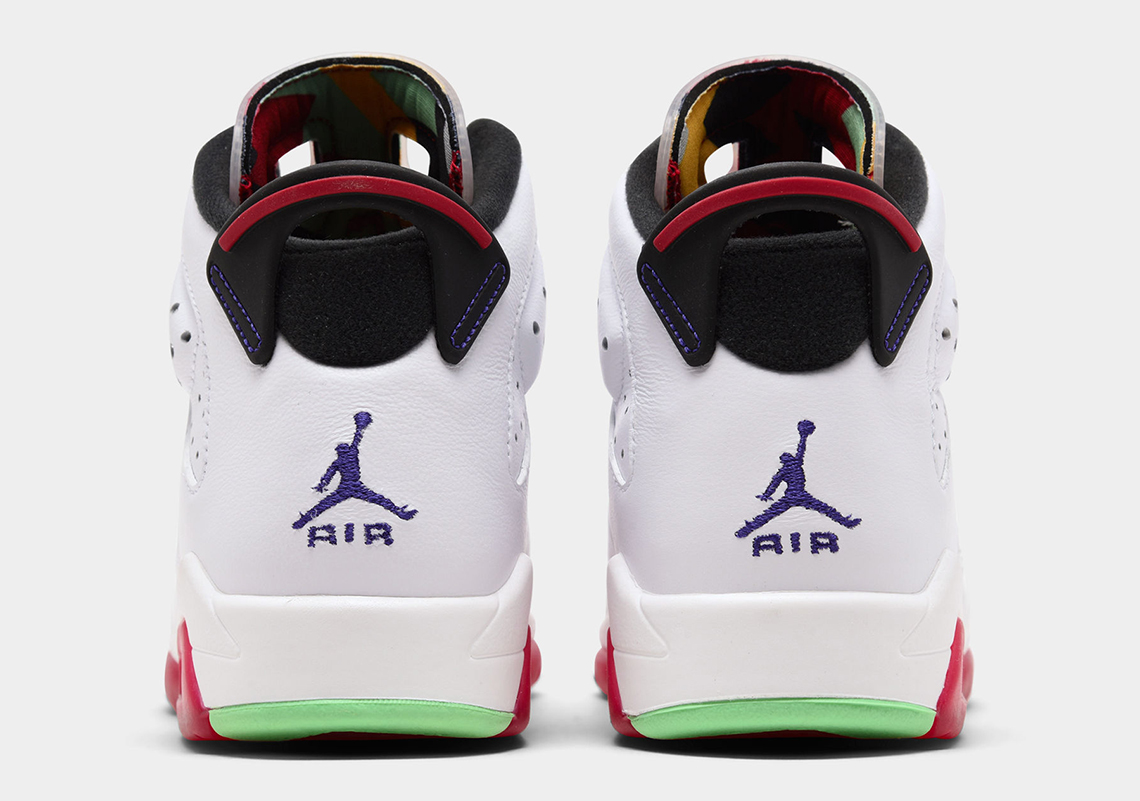 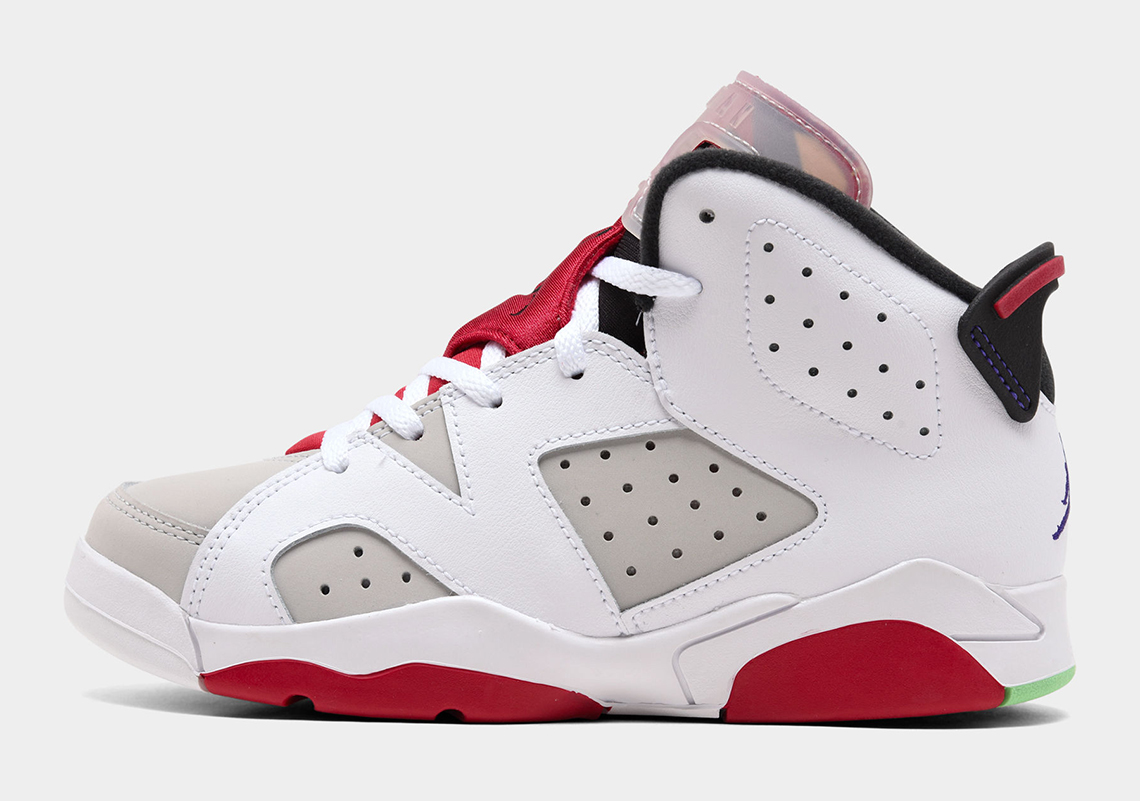 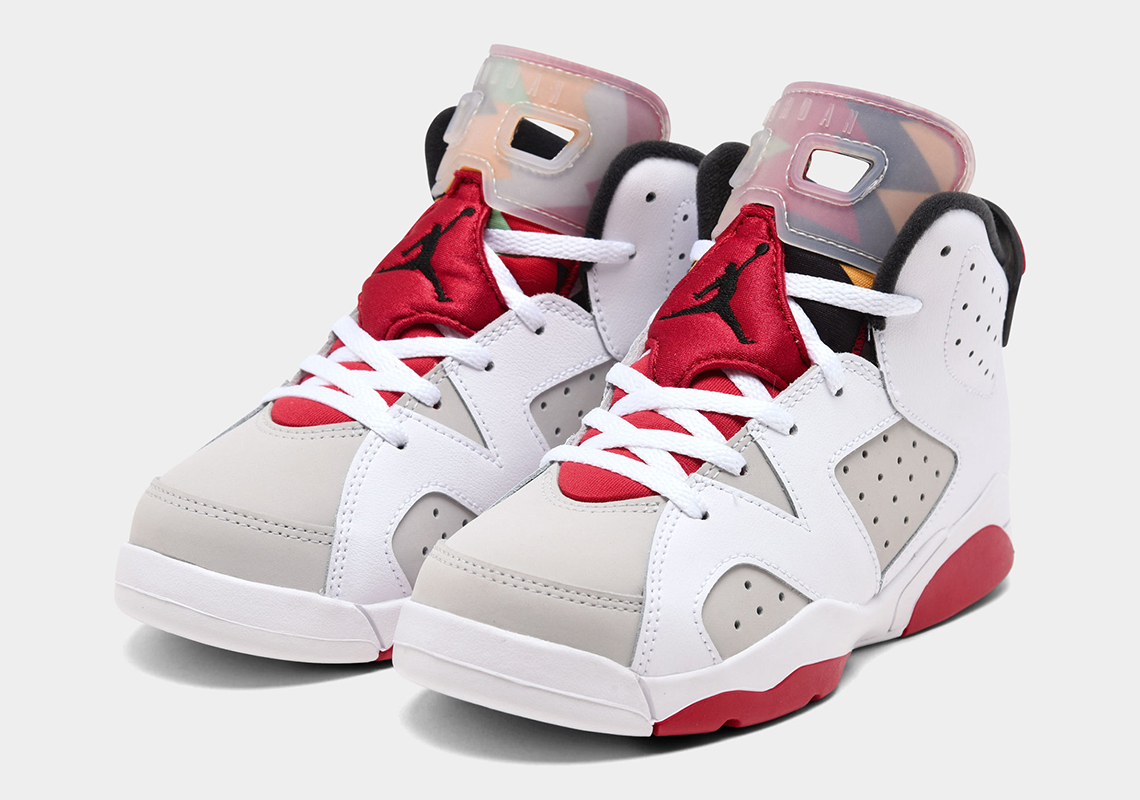 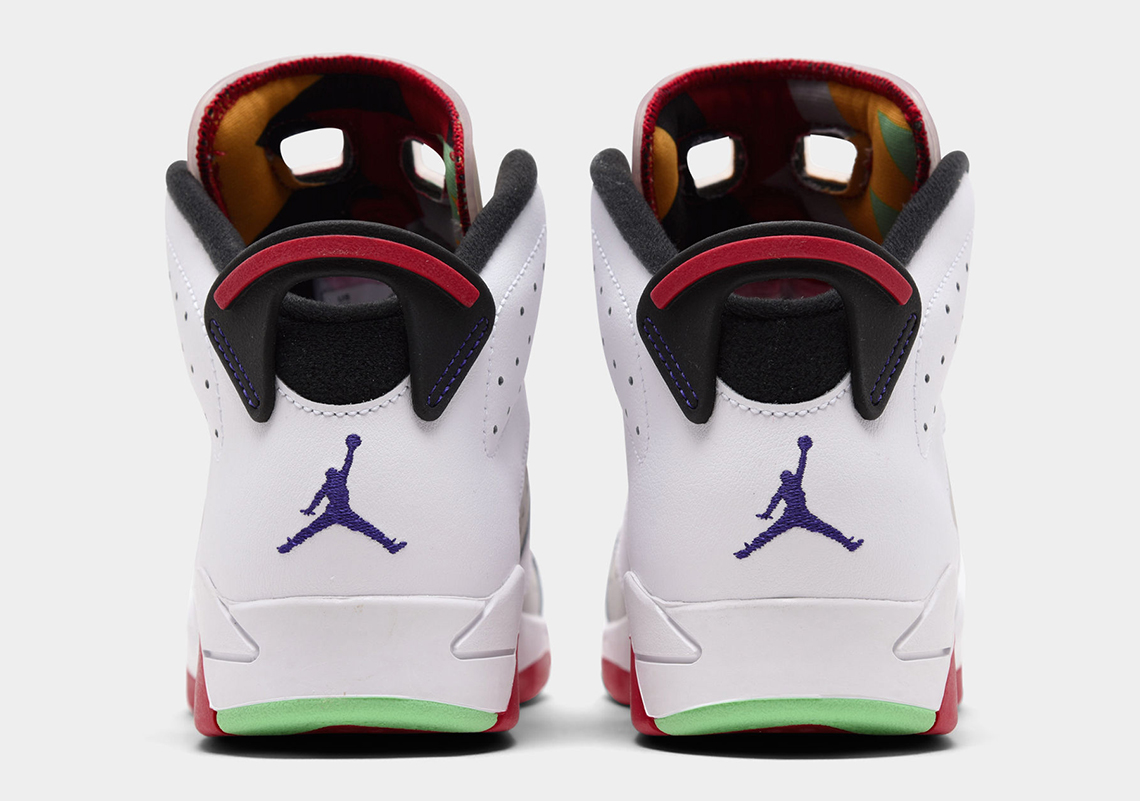 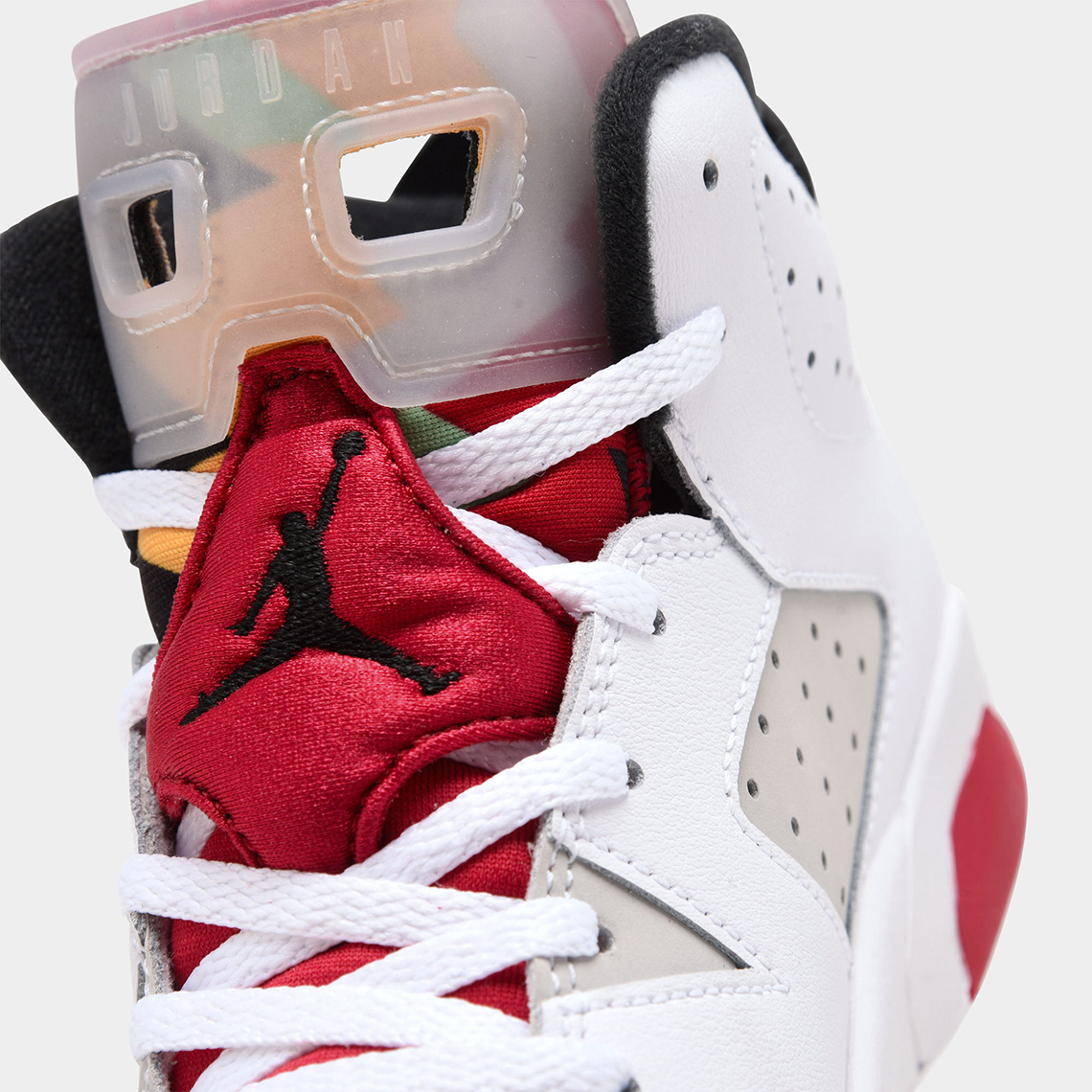 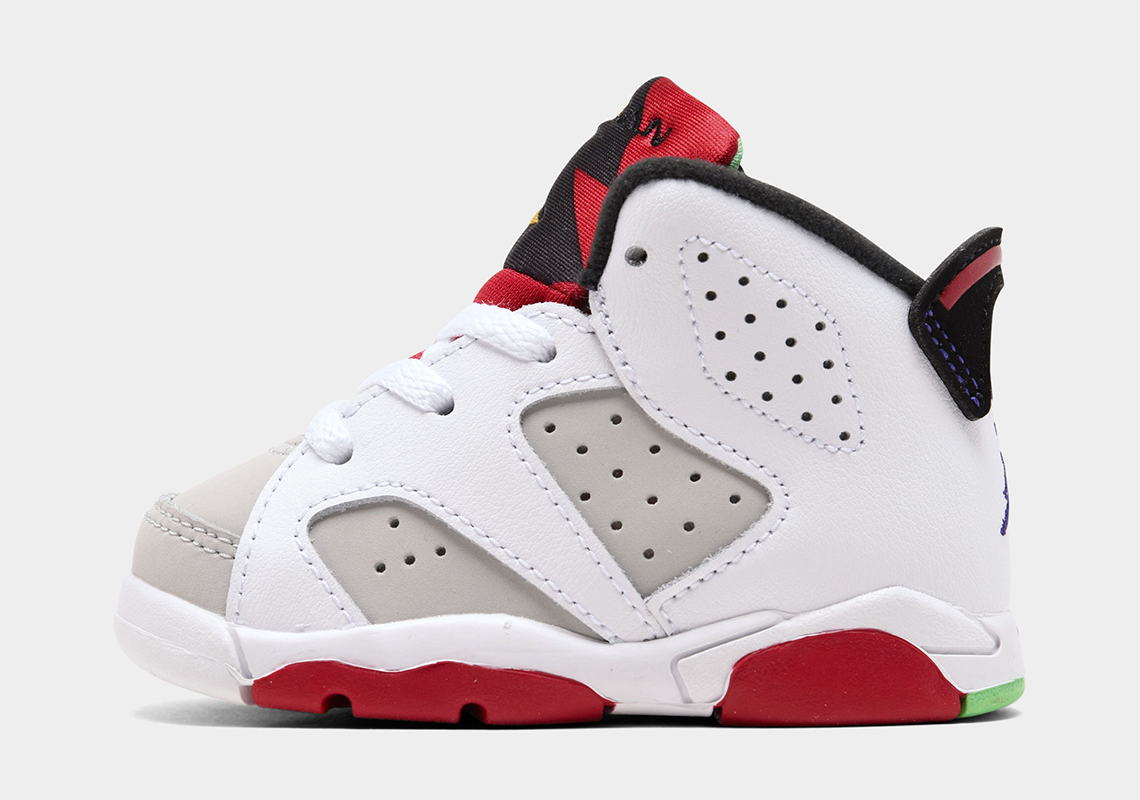 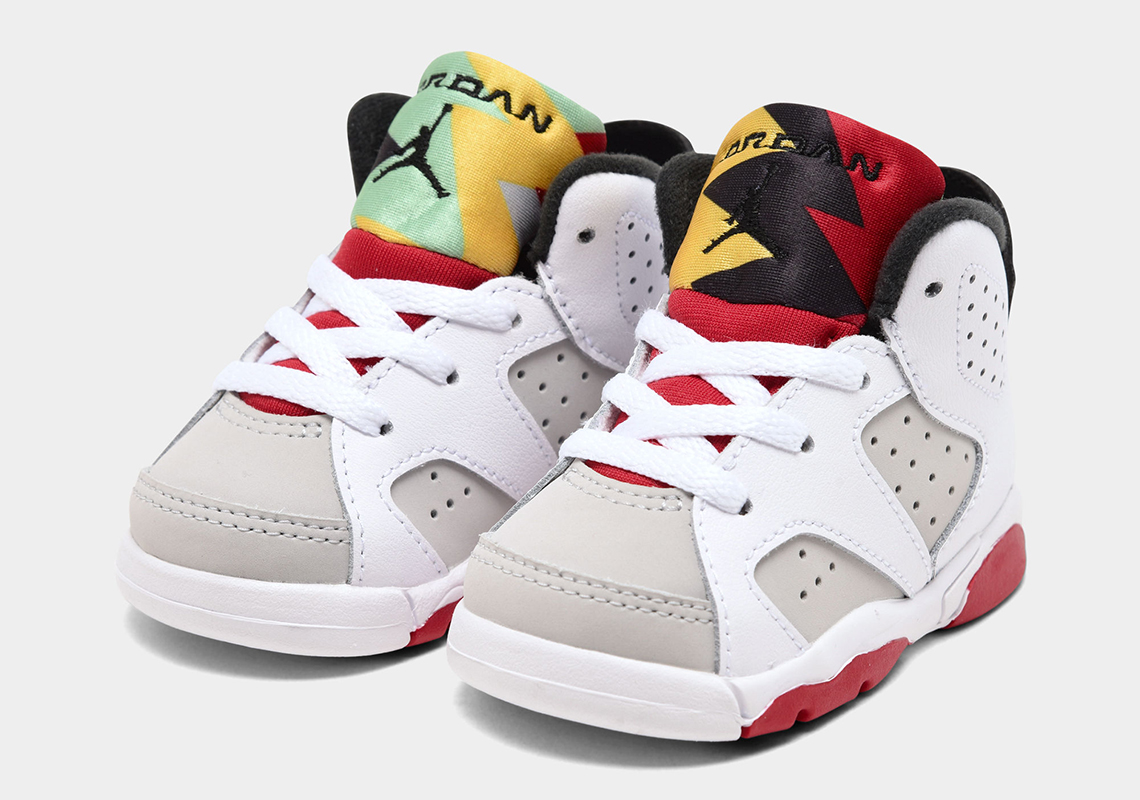 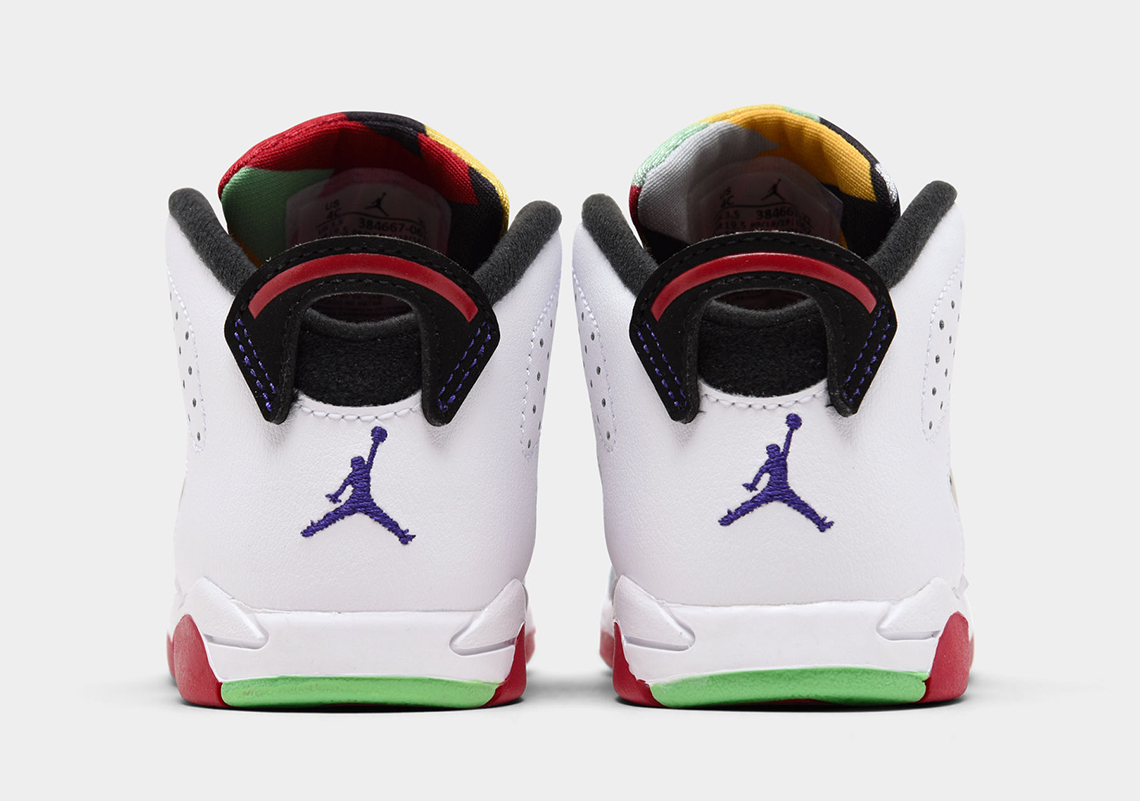 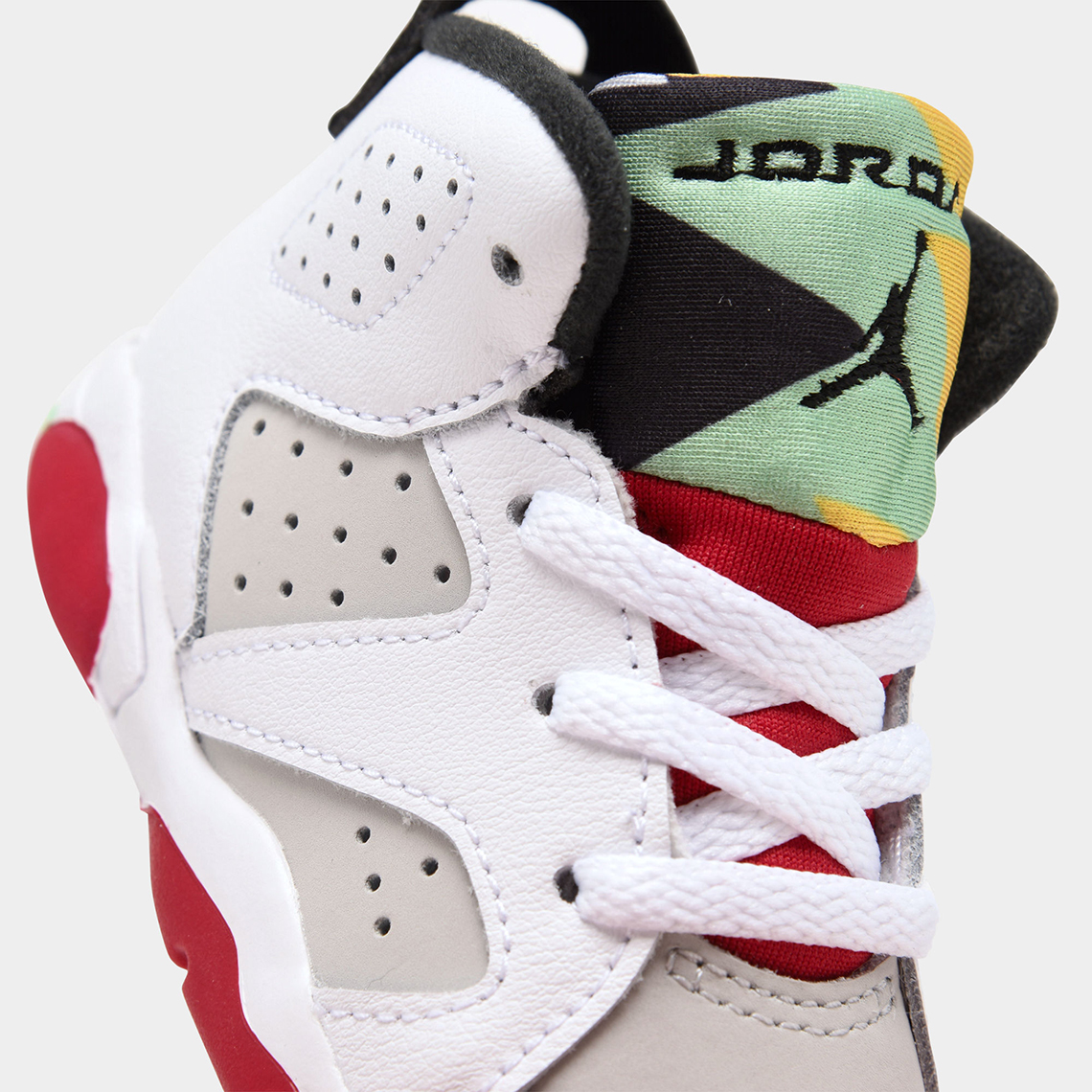