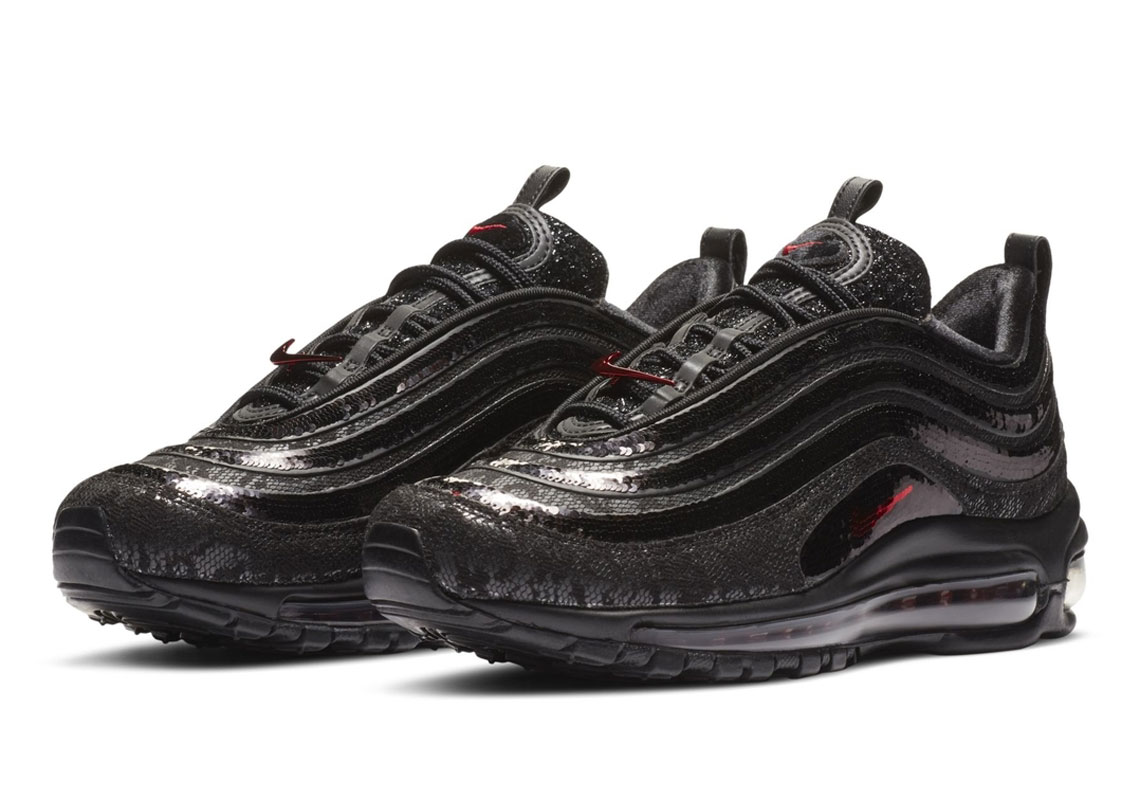 The Nike Air Max 97 isn’t celebrating a milestone anniversary this year, but that hasn’t stopped it from emerging in dozens of impressive arrangements. The latest?: A near-triple-black pair for women featuring partial lace and sequin construction.

Akin to pairs from Valentine’s Day, this iteration of Christian Tresser’s 23-year-old design delivers a subdued look interrupted with scarlet-colored accents across the midfoot, tongue, spine and sole unit. Closer inspection of the forthcoming pair, however, reveals small, shiny decorations – which appeared on the Air Max 97 last season – around the tongue and vamp. Elsewhere, lace covers the entire mudguard. Underfoot, this Air Max model boasts a dark, tonal midsole housing a red Airbag; outsoles follow suit in the two-tone scheme.

Much is still unknown about this Air Max 97, but pairs may arrive to Nike.com soon to coincide with Mother’s Day. For now, enjoy a detailed look of the shoes here below.

In other visible Air cushioning news, another Air Max 98 Bubble Pack has surfaced. 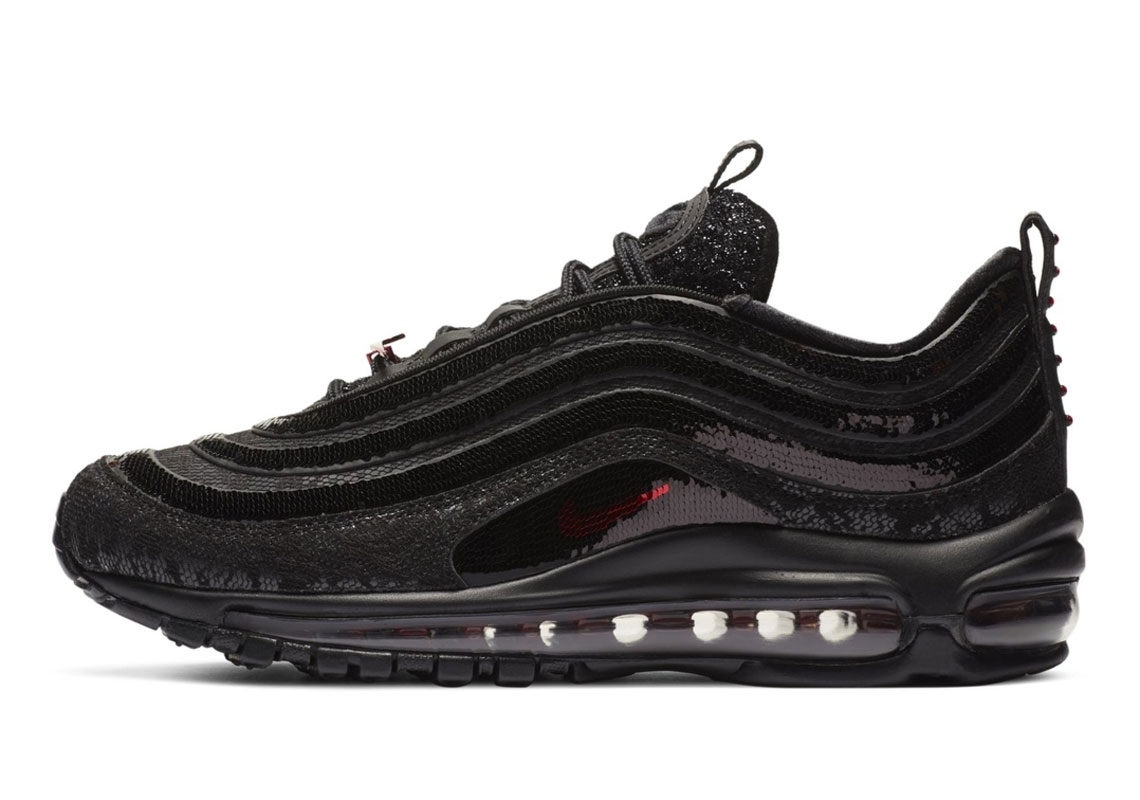 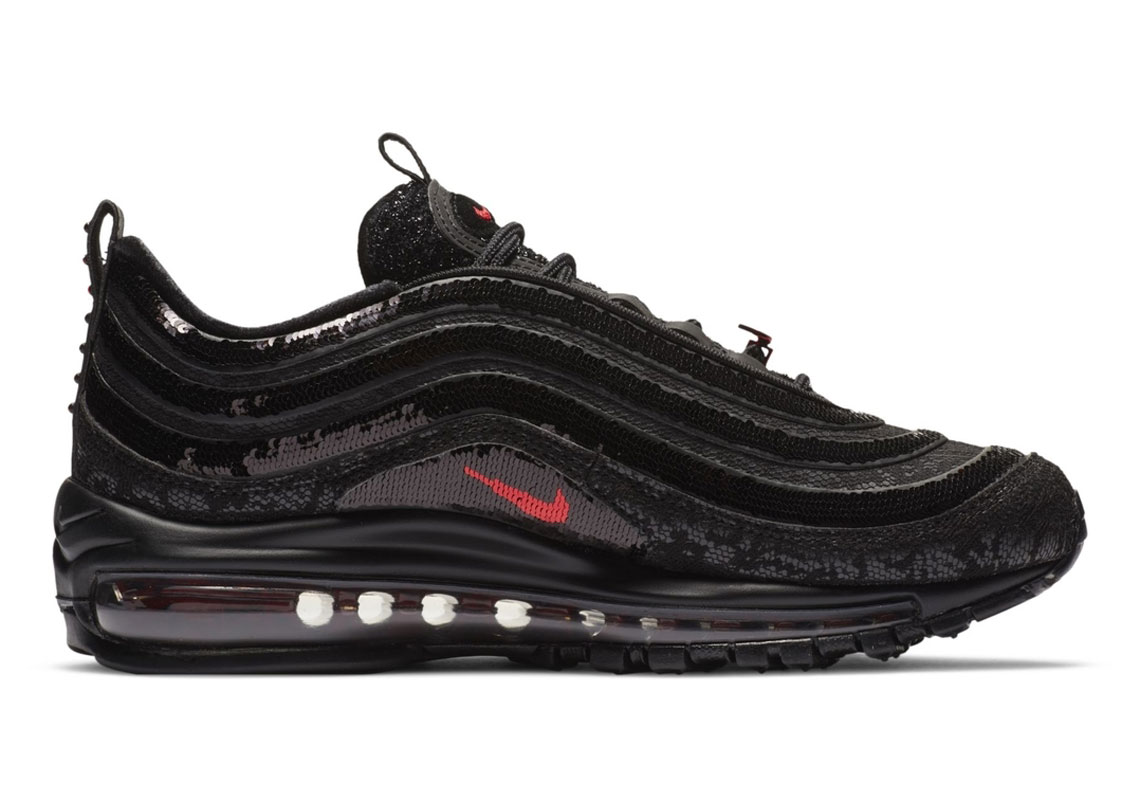 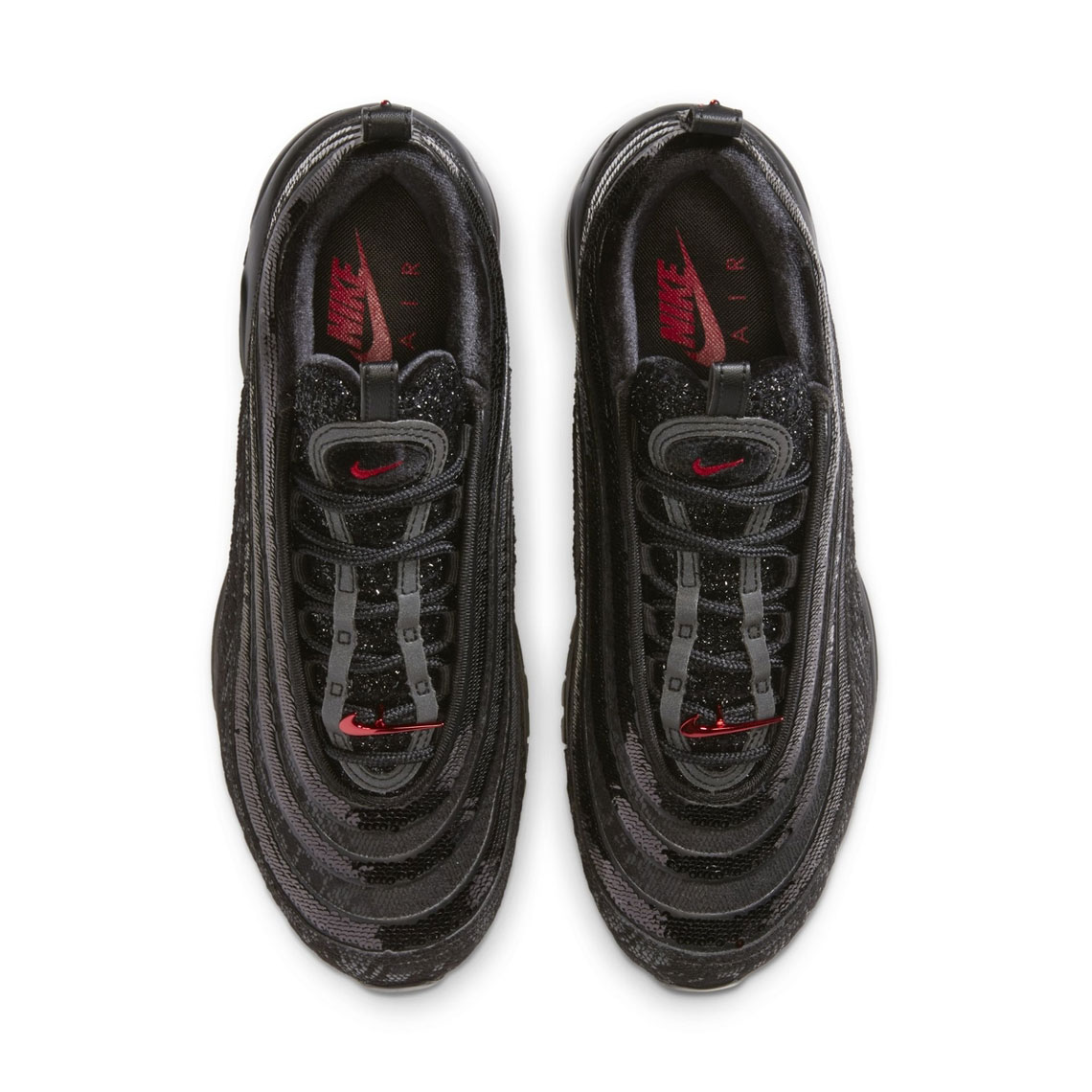 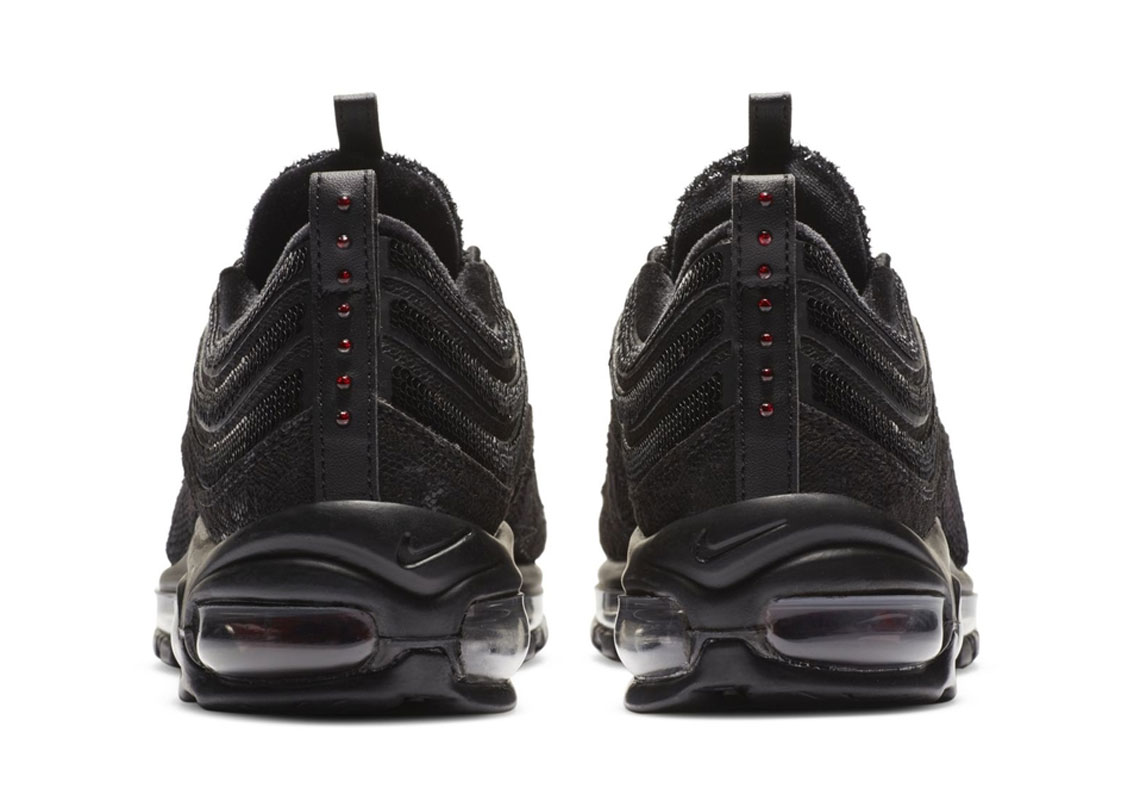 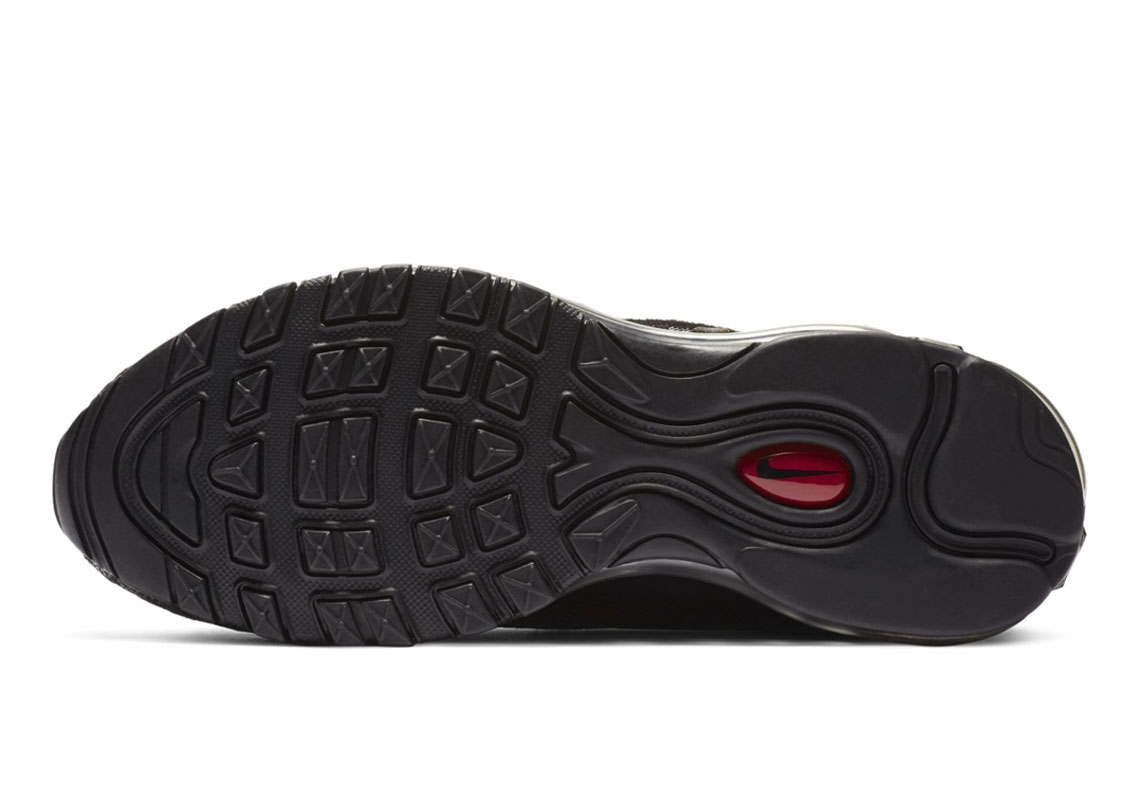 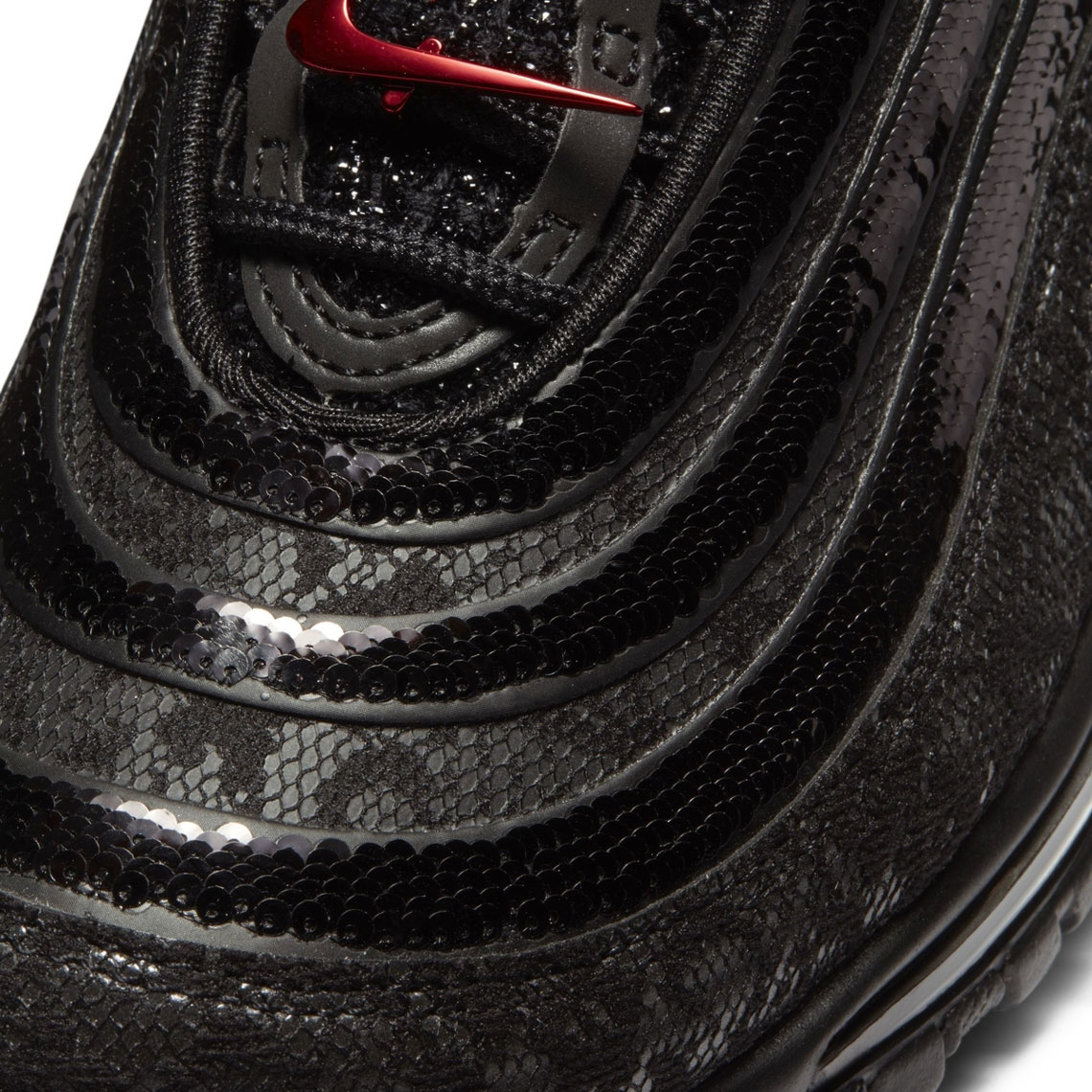 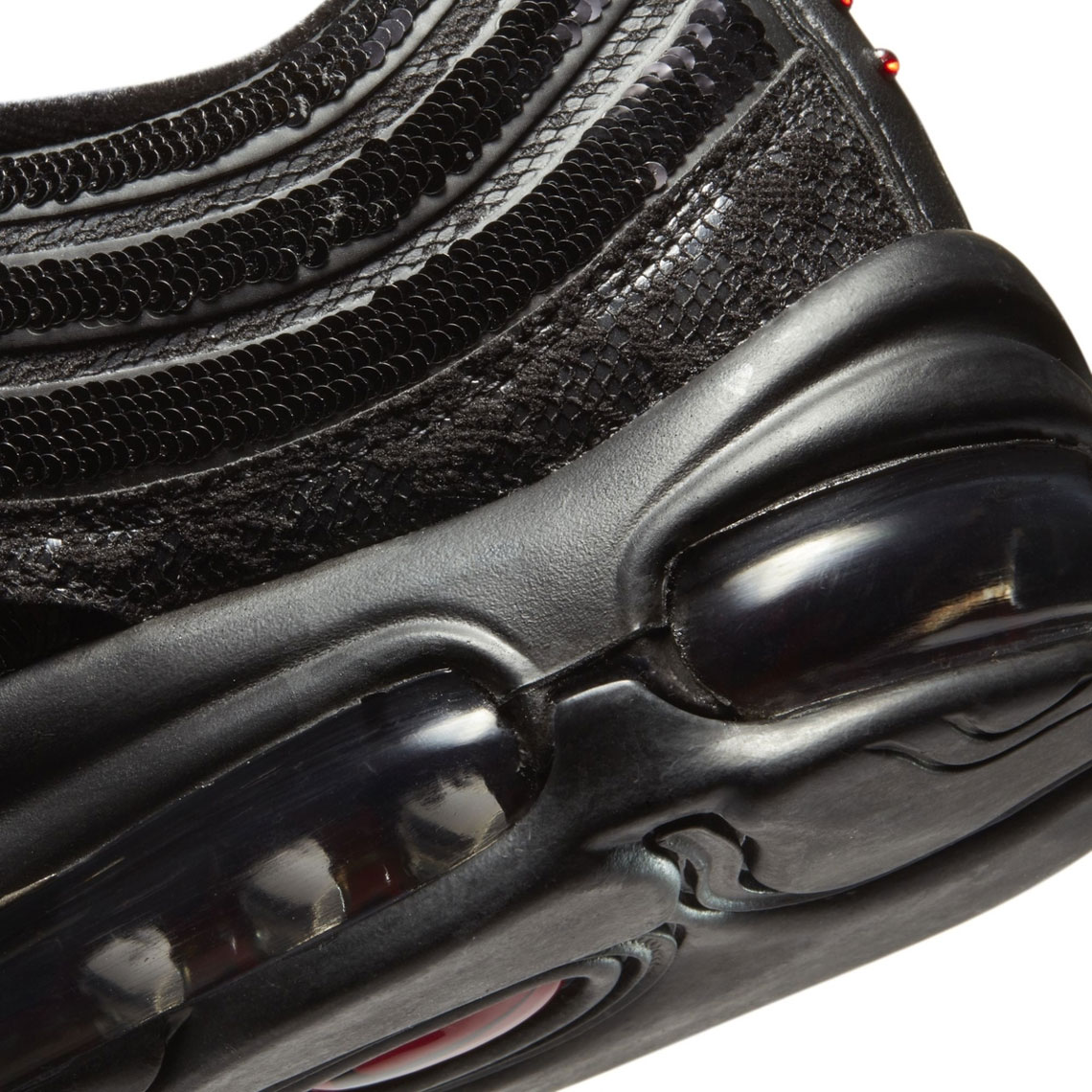 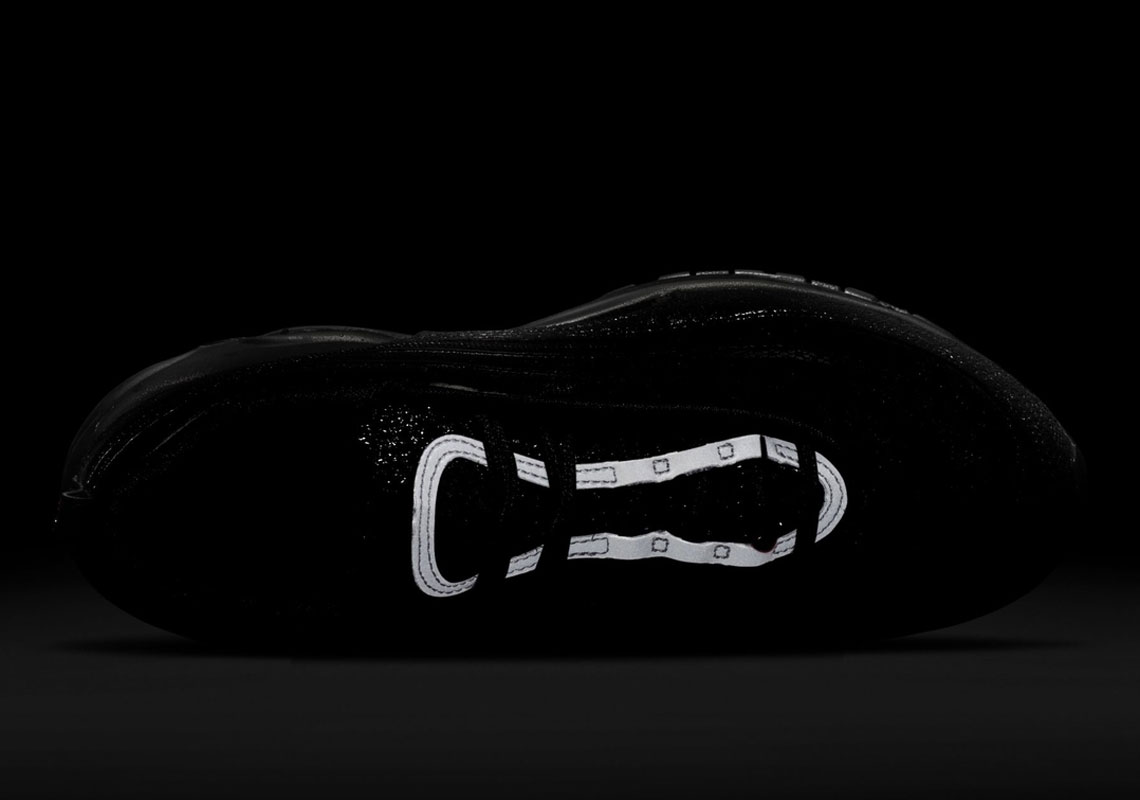 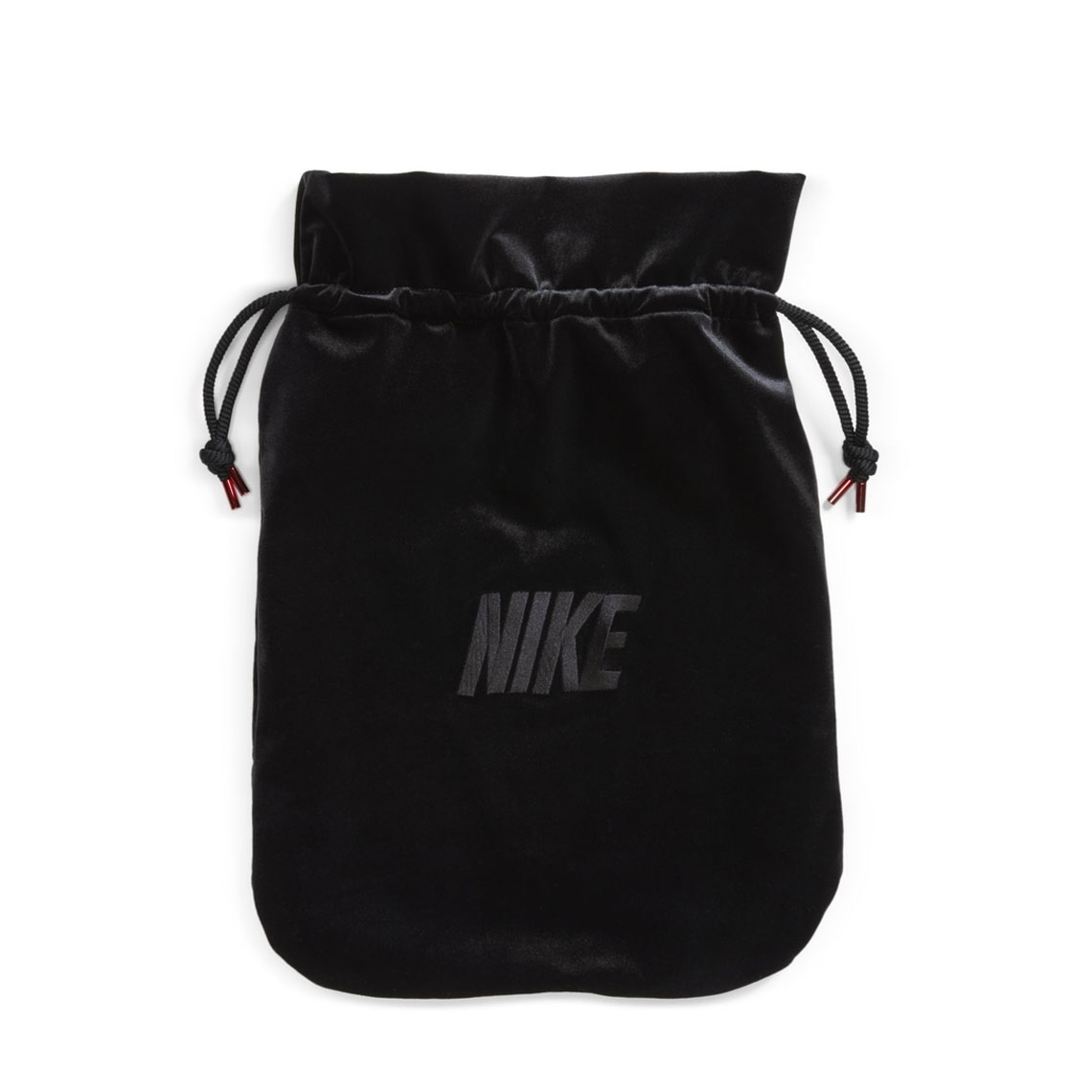