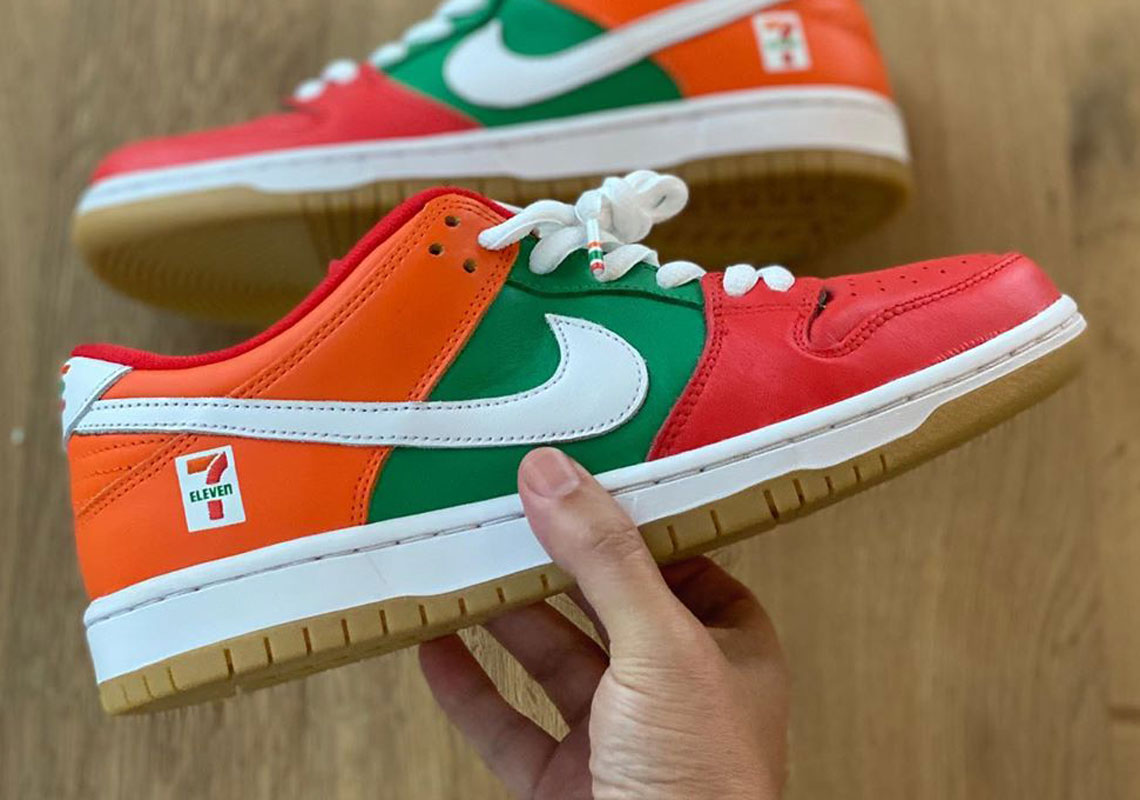 The 7-Eleven x Nike SB Dunk Low first surfaced in late April, but has since been scrapped. While entire details of the now-canceled collaboration remain largely undisclosed, a couple of things are certain.

Firstly, the tri-colored SB Dunk Low was polarizing. Online forums and comment sections were riddled with mixed reviews from both old and new enthusiasts of The Swoosh’s skateboarding subdivision. Some criticized the partnership for its apparent randomness – though rumors suggest that the pair was tied to the Tokyo Olympics given how popular the convenience store chain is in Japan – while others felt the mainstream collaboration was cheapening and exploiting a once-niche product and culture. Another segment publicly liked the sneaker, regardless of its reasoning.

Secondly, if history is to repeat itself, the scrapped project will not only fetch astronomical buyouts on the after-market, but also amplify Nike SB‘s legend. Pairs like 2007’s “Freddy Krueger” Dunk and Black Sheep’s 2014 homage to the film Paid in Full have done both before. And the 7-Eleven SB Dunk arguably has the potential to overshadow the previous canceled SB Dunks due to its mixed reviews, alleged roll-out and emergence during one of the most mainstream periods in Nike SB’s history – that is, until it’s succeeded by another canceled project following the same recipe.

The 7-Eleven x SB Dunk Low isn’t hitting retailers, but you can still enjoy a detailed look at the pair-that-could-have-been here below.

In un-scrapped SB Dunk news, the Brazil Low Dunks arrive on May 21st. 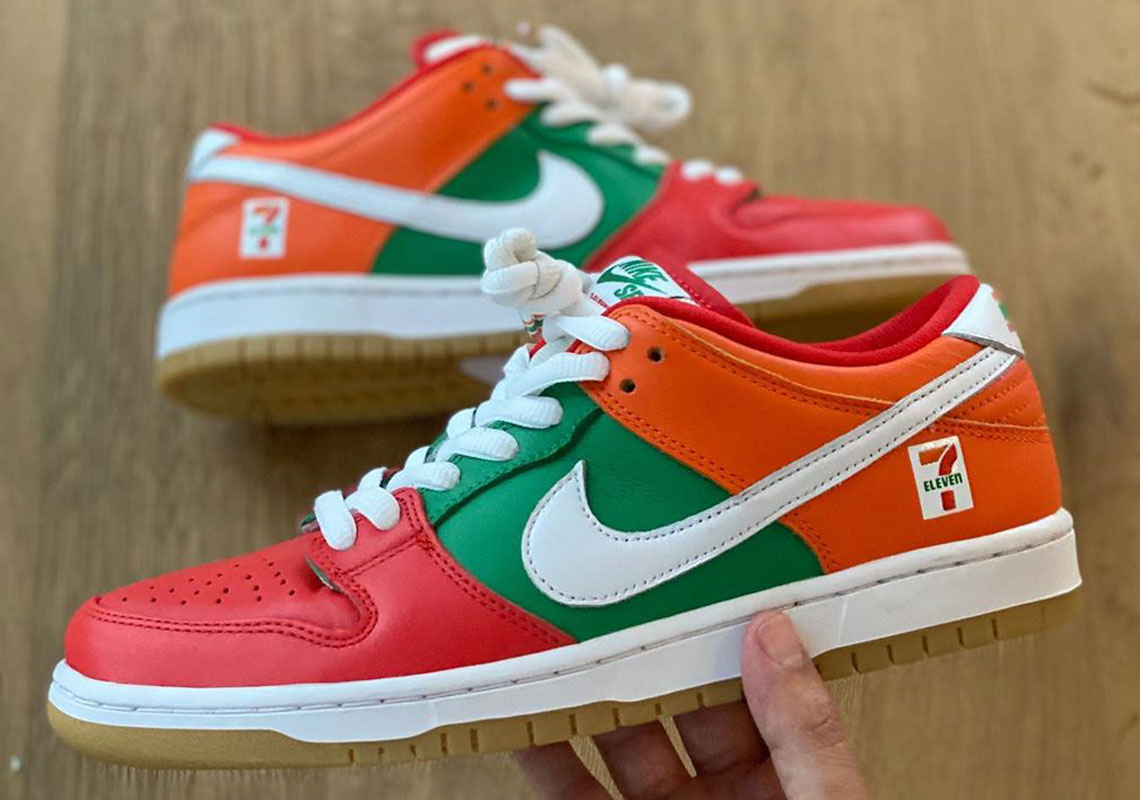 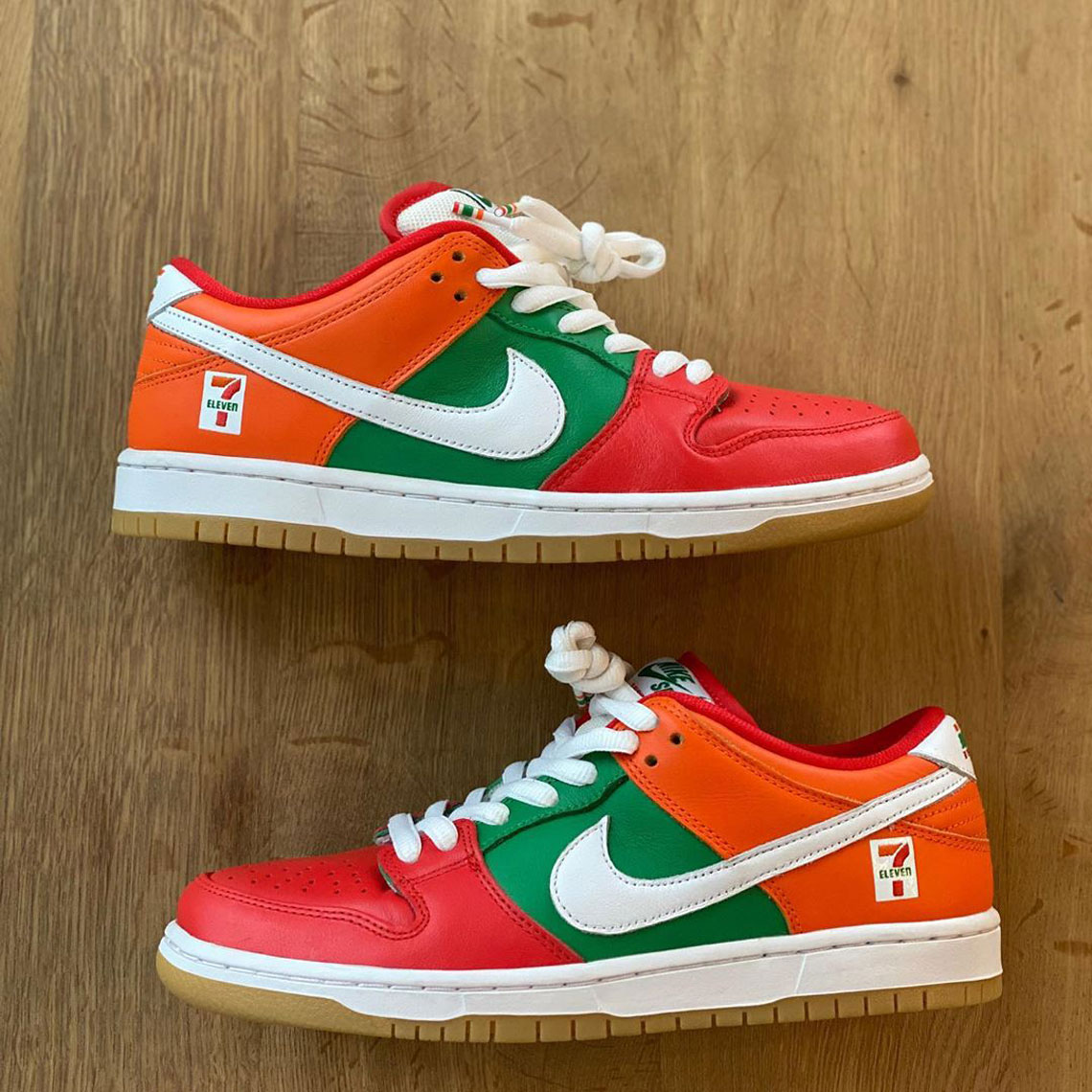 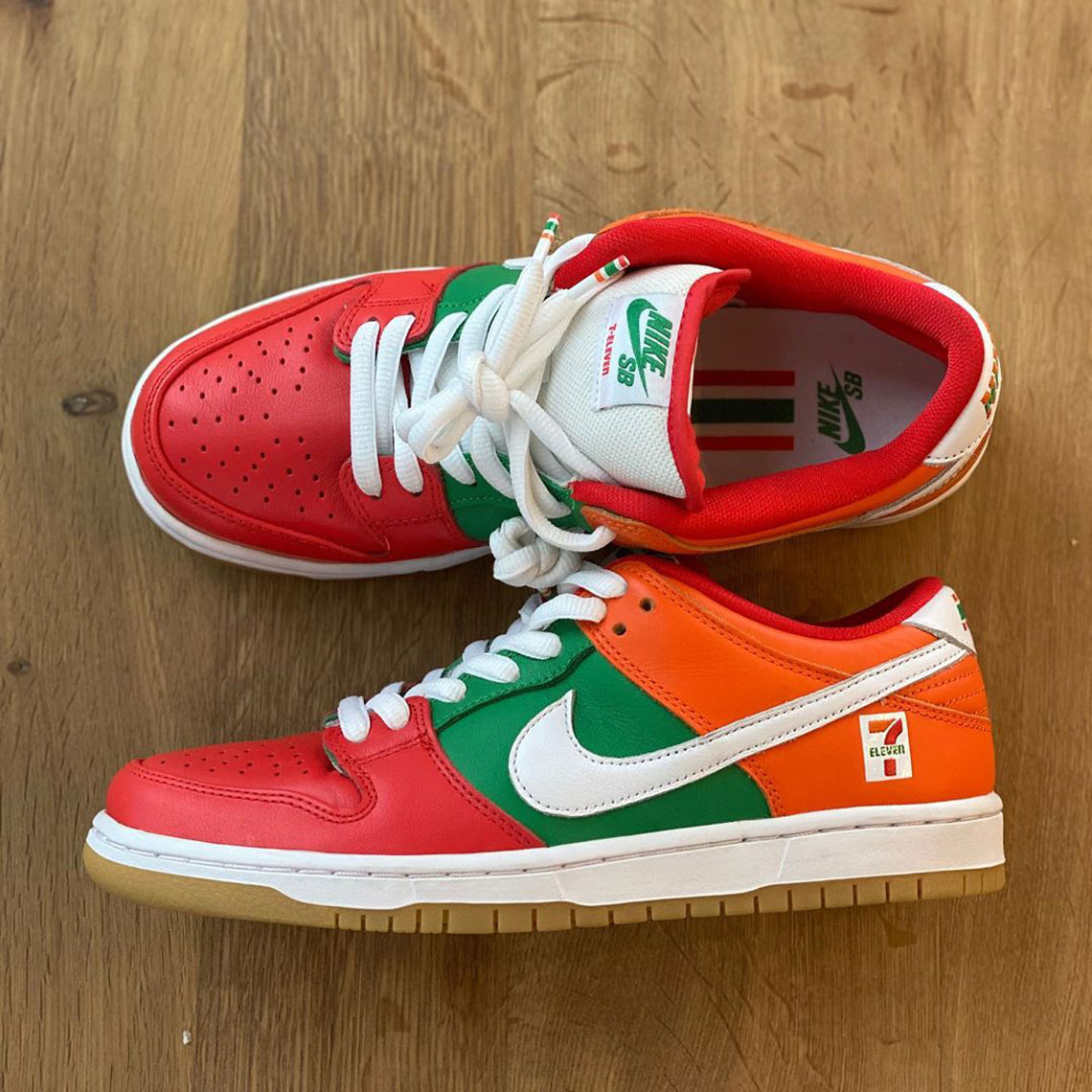 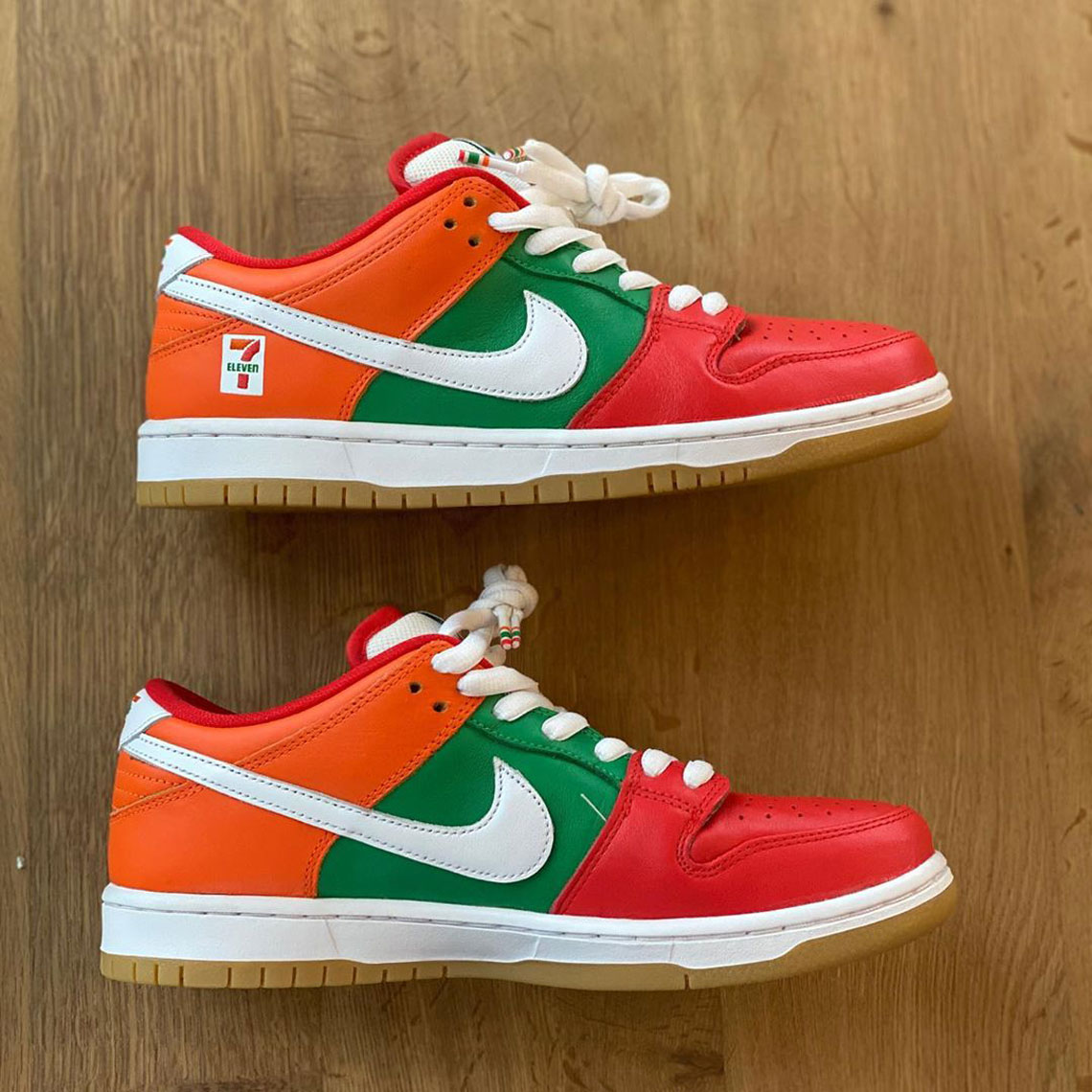 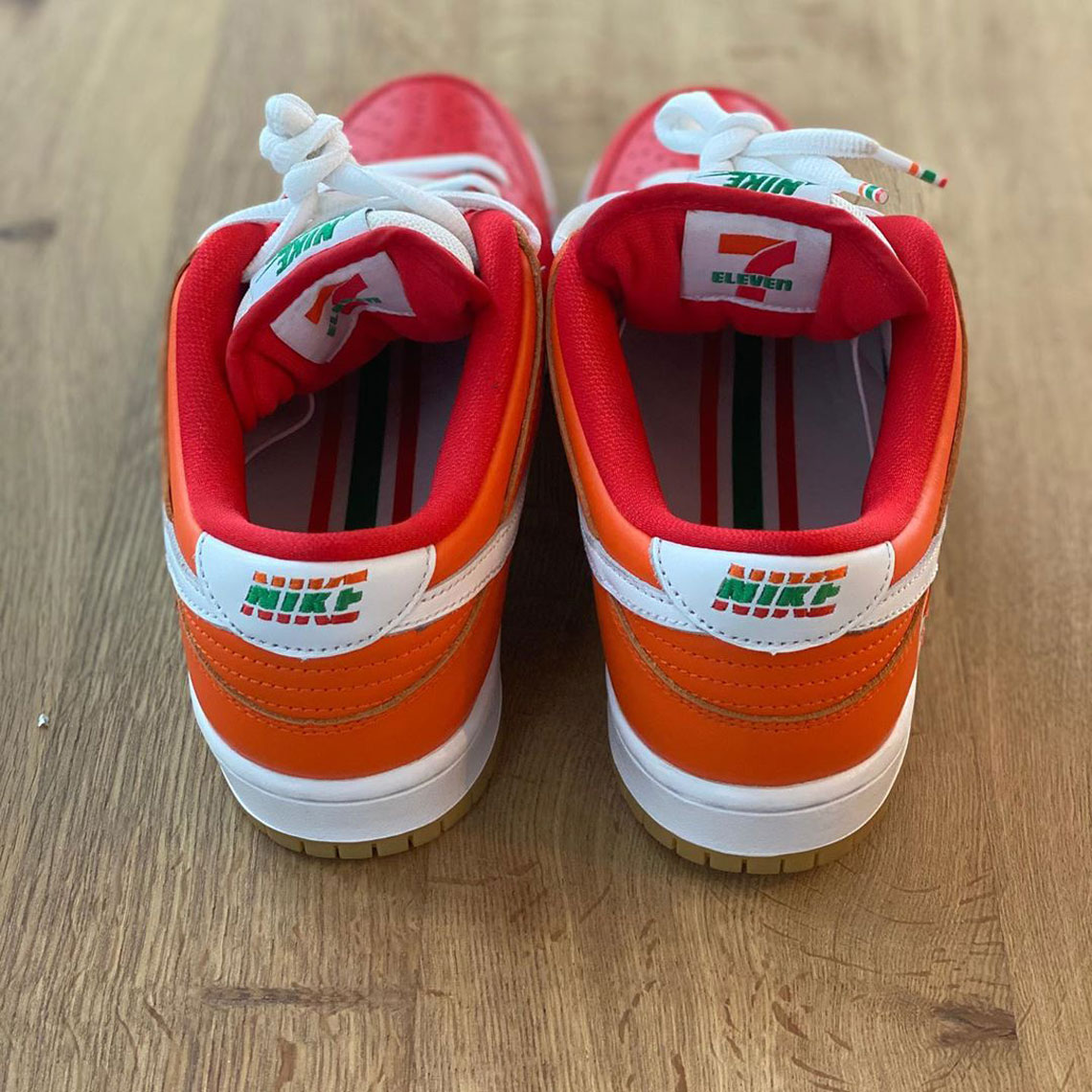