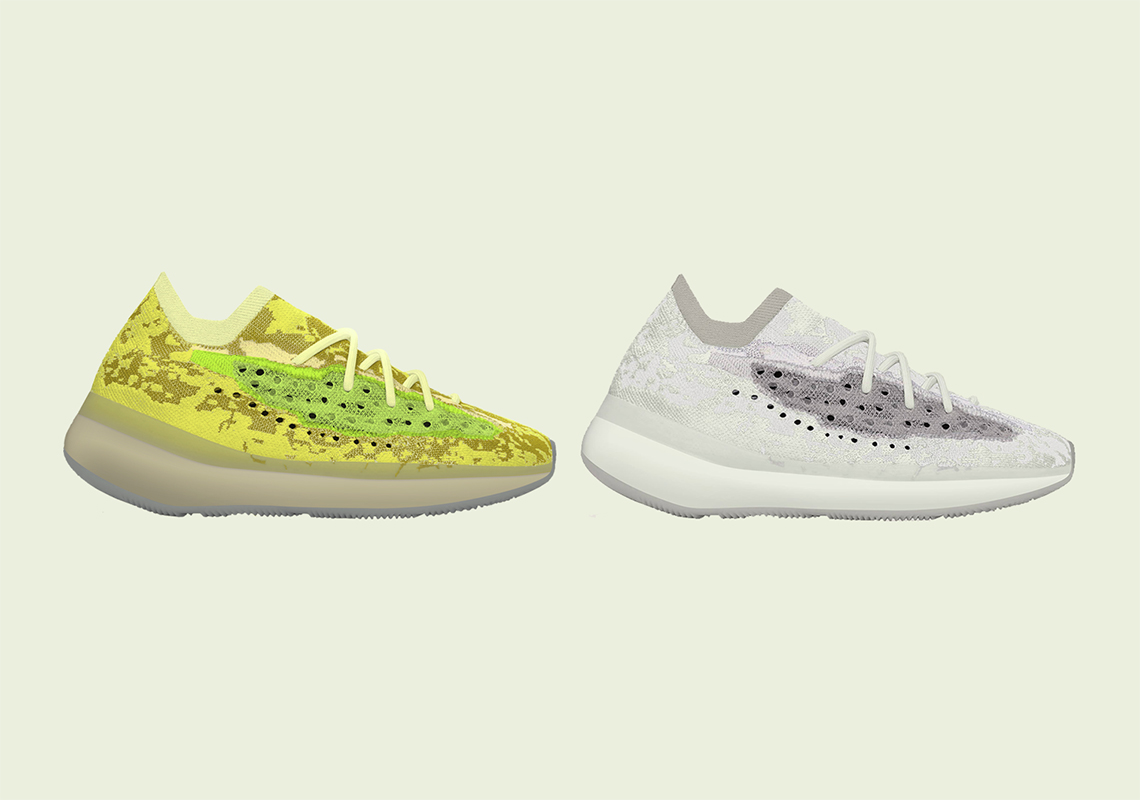 Although we won’t be seeing any official Yeezy 380 drops until next month as the “Blue Oat” version has been postponed, the silhouette isn’t shy about showing off its future plans. This Fall, Kanye and his adidas team are readying two more styles of the low-profile silhouette, both of which serve as the first 380s with glow-in-the-dark capabilities.

First on their list is the one they’re dubbing the “Calcite Glow” which — like its carbonate mineral muse — is engineered with a base layer composed with white Primeknit exteriors. Slate grey accents spill into its sock liners and outsoles, as well as on the interwoven camo patterns that illuminate witth a fluorescent green hue in dark environments.

The second option which is entitled the “Hylte Glow” is designed with a much more bold approach. Base layers arrive in a louder manner as they are given volt yellow paint job accompanied by orange overlaying patterns. Additional details arrive by way of yellow striping that runs through the mid foot, as well as its outsoles that are rounded off with a grey finish.

For other Yeezy news, the adidas Yeezy Quantum Barium is expected to drop on June 25th. 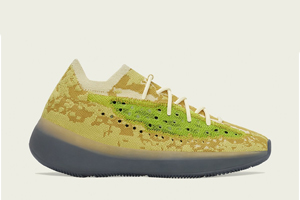 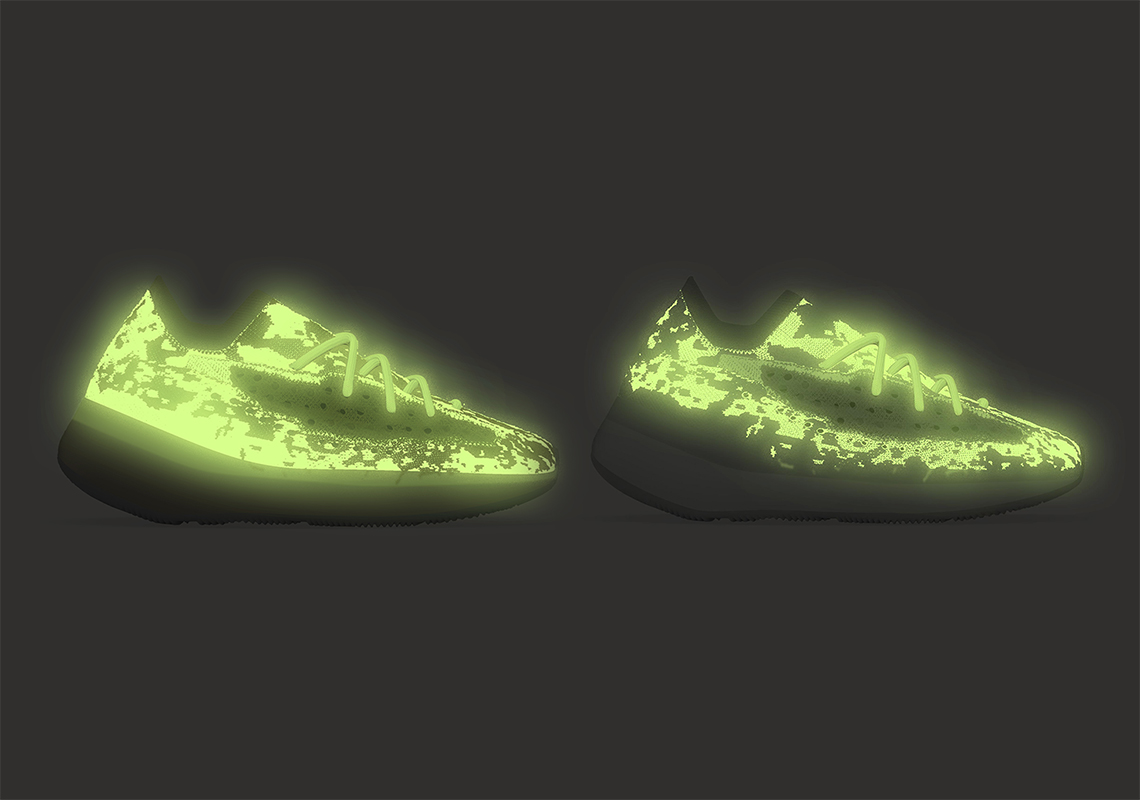