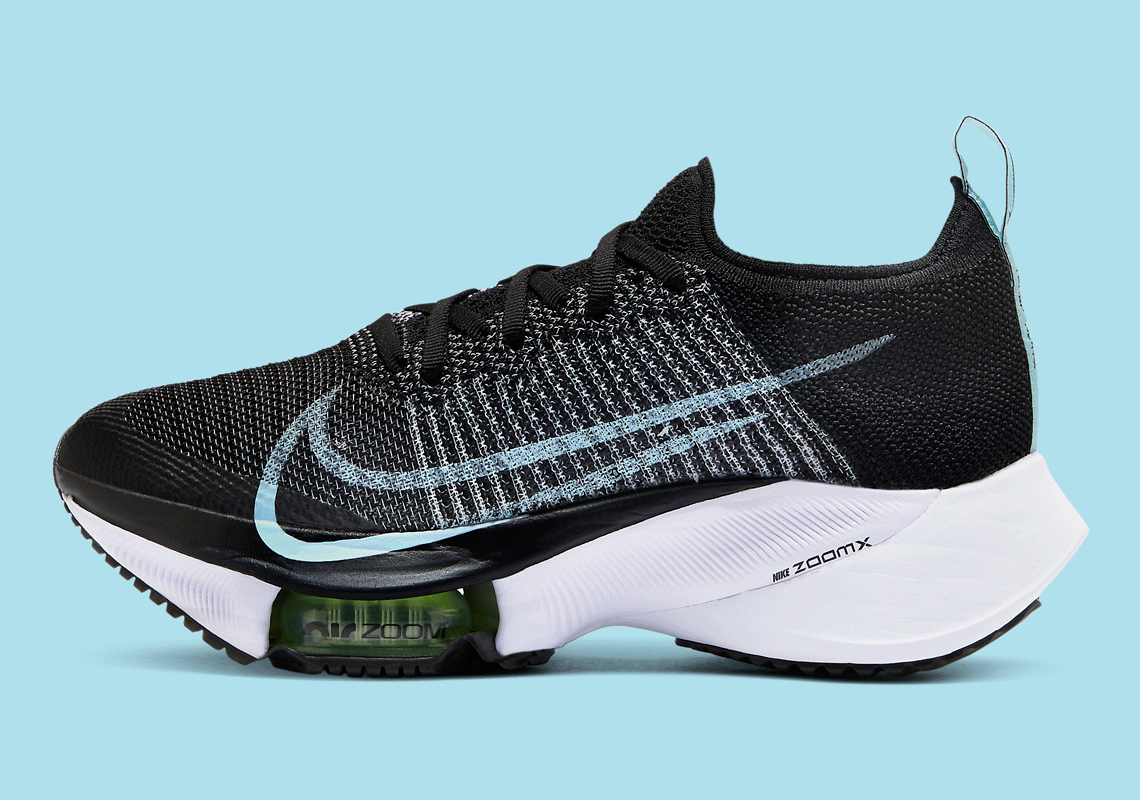 Newly-launched in Asia, the Nike Air Zoom Tempo NEXT% was unveiled back in February as part of the brand’s plans for the Tokyo Olympics, and already boasts three colorways in its roster. Ostensibly a mix between adjacent “Hyper Violet”-accented and Oreo-reminiscent pairs, this third option – a women’s exclusive – is clad in black and white, but also indulges in an eye-catching light blue.

The fully-knit upper resembles split iterations of the Flyknit Racer, with medial sides boasting a mostly white makeup as opposed to the lateral sides’ black arrangement. Profile Swooshes interrupt the “yin-and-yang” palette with a cool blue. Elsewhere, the chill-evoking hue also animates the the heel pull tab, spine, and sockliner. Inner lining and branding on the insole, however, sport a faint neon green, likely to complement the visible Zoom Air units at the forefoot. The rest of the sole unit keeps its color scheme simple in white and black.

Enjoy official images of this women’s Air Zoom Tempo NEXT% while you wait for pairs to hit Nike.com in the coming months.

For more footwear unveiled ahead of the now-postponed Tokyo Olympics, check out the VaporMax 2020, which launches on July 23rd. 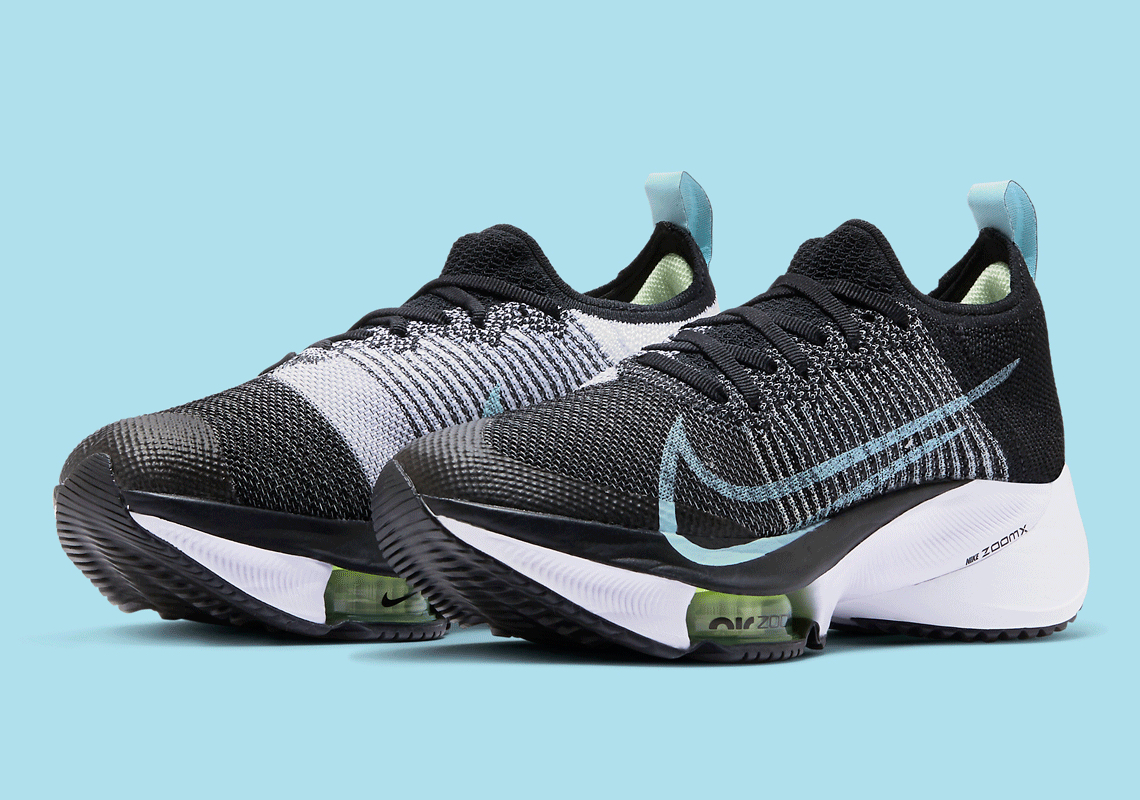 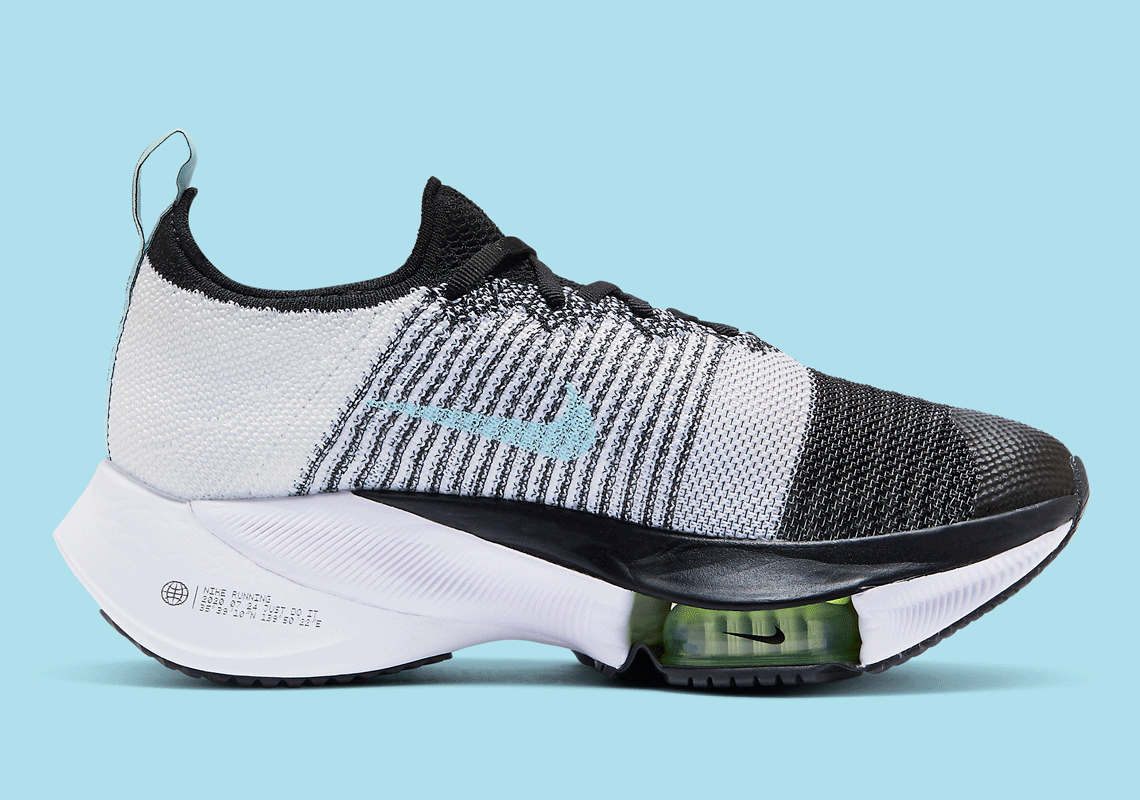 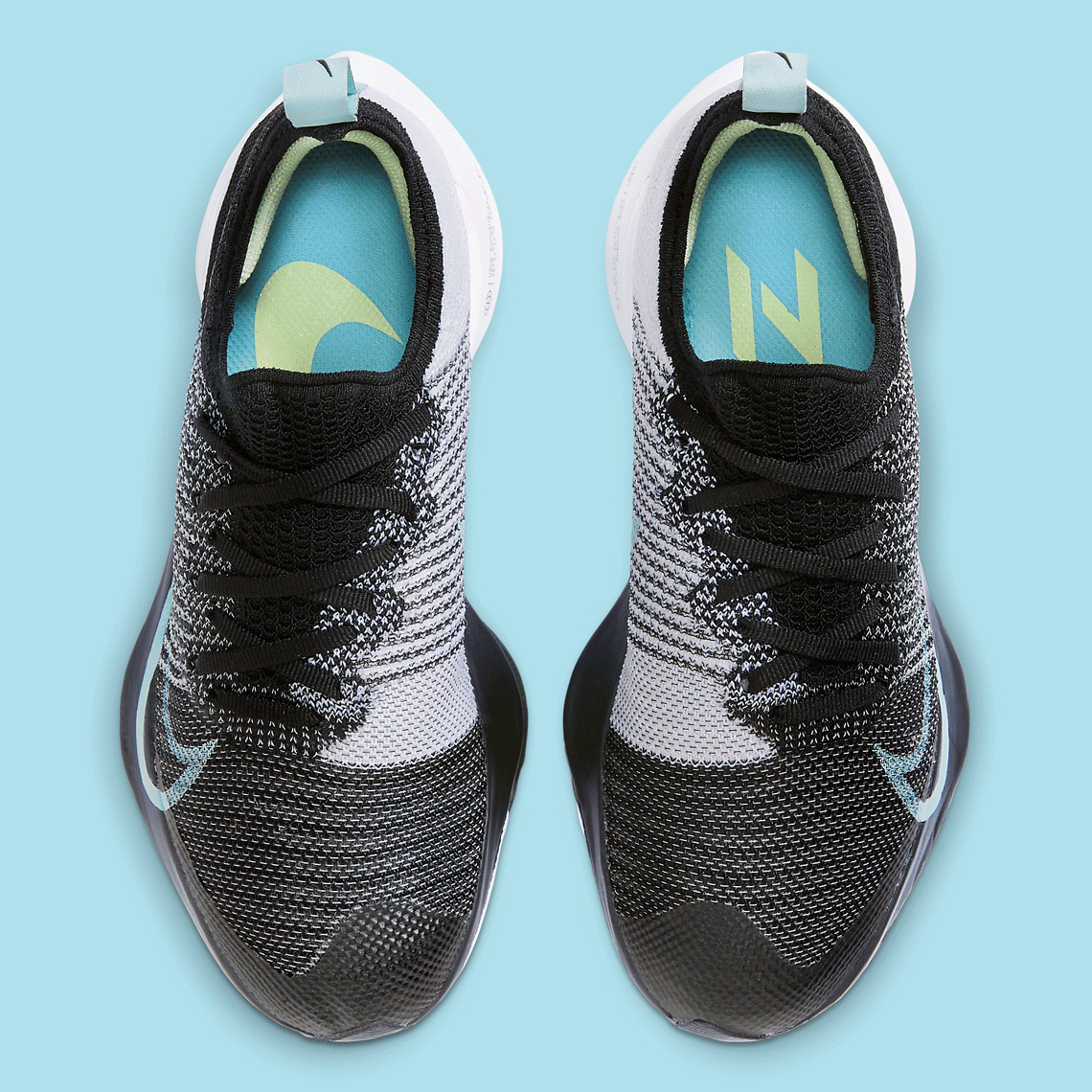 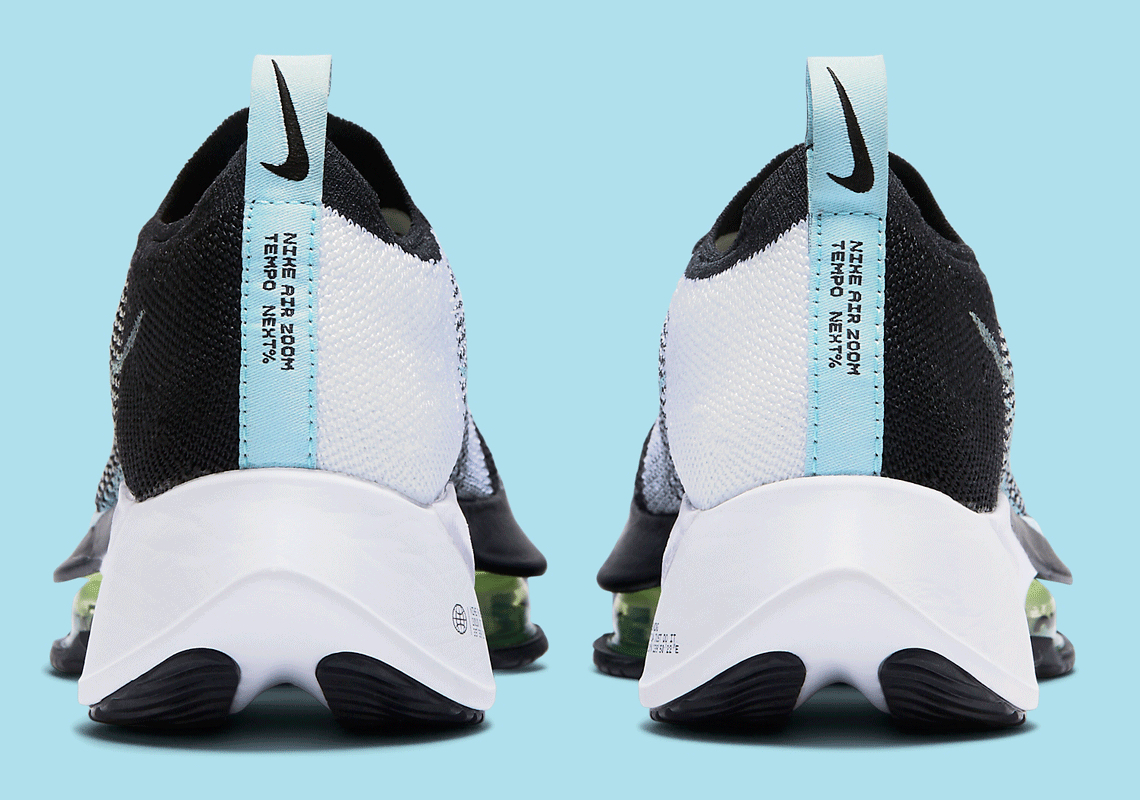 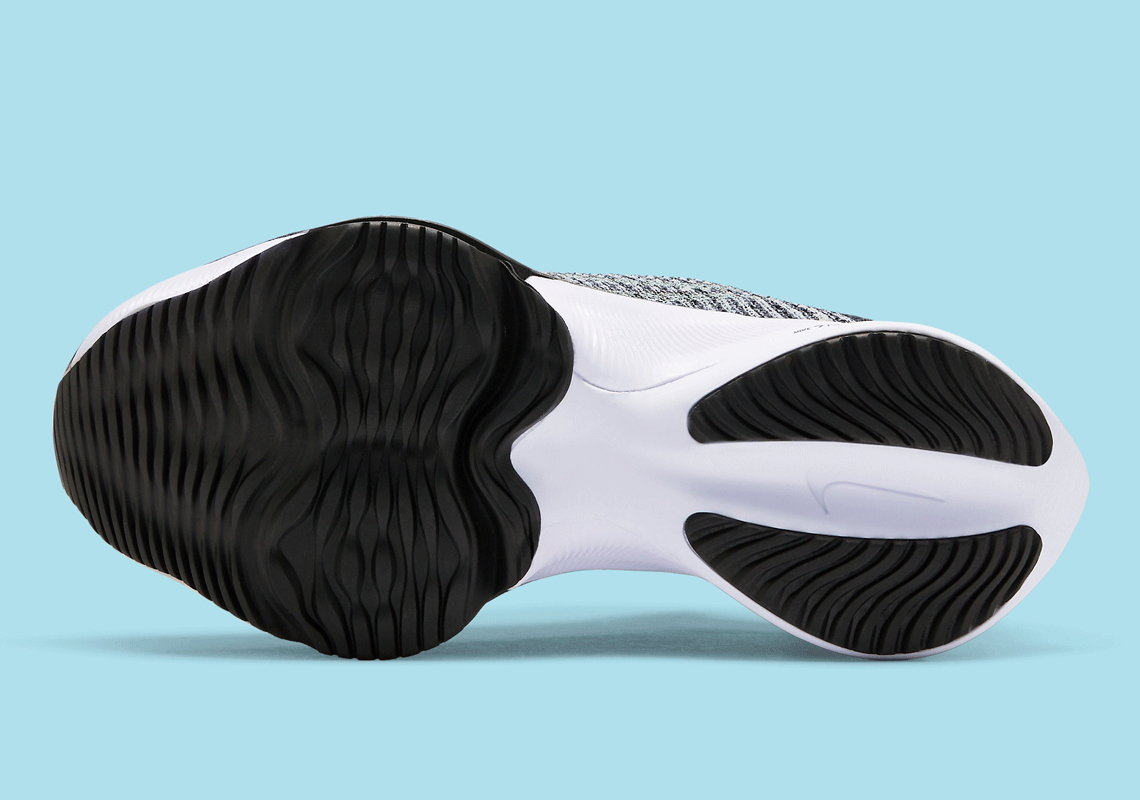