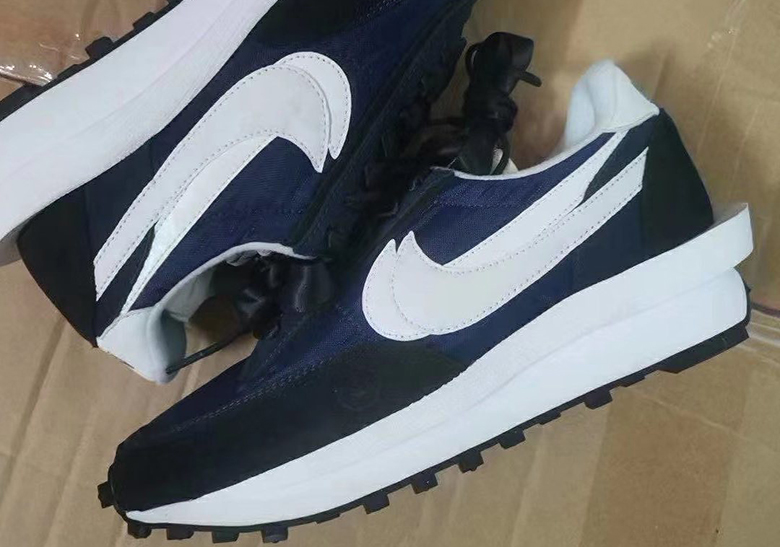 Fragment’s Hiroshi Fujiwara and sacai’s Chitose Abe are certainly no strangers — both being influential figures in the Japanese fashion ecosystem. And what’s more, the two have collaborated a number of times on “bootleg” tees as well as extremely rare Colette exclusive Converse Chuck 70s, so it’s no surprise to see that they’ve met up once more though now on Nike’s side of the fence.

Their work, which uses the beloved sacai x Nike LDWaffle as a canvas, is effectively a fusion of what both designer’s do best. As is typical, it seems Fujiwara lends his expertise by way of colorway as he ushers in the same navy, black, and white palette he’s used a number of times before. Far less colorful than the silhouette’s debut pairs, the collaborative variant strikes much closer to normality as many of the doubled accents are masked thanks to their dark shade. Swooshes, however, seem to intentionally stand out as they contrast discernibly along both the lateral and medial side.

Though seen first on the feet of Fujiwara himself, the pair seems to have finally been caught in detail quite recently. But while more imagery has popped up, it’s more than likely that these are a one-off sample or an extremely limited F&F offering. Stay tuned for more info as it surfaces.

In other news, a Fragment Air Jordan 3 is also in the works.

New images of the fragment x sacai x Nike LDWaffle in navy have been revealed. 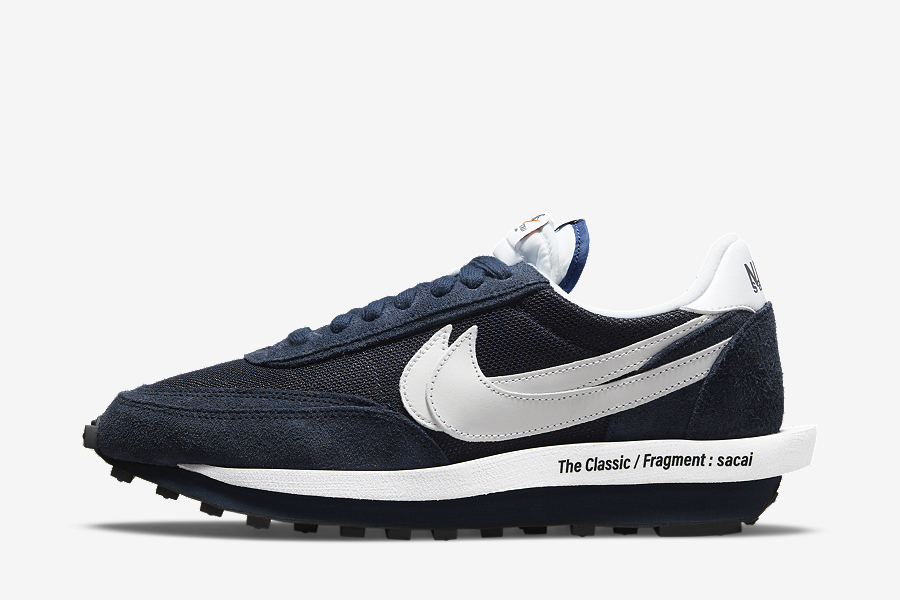 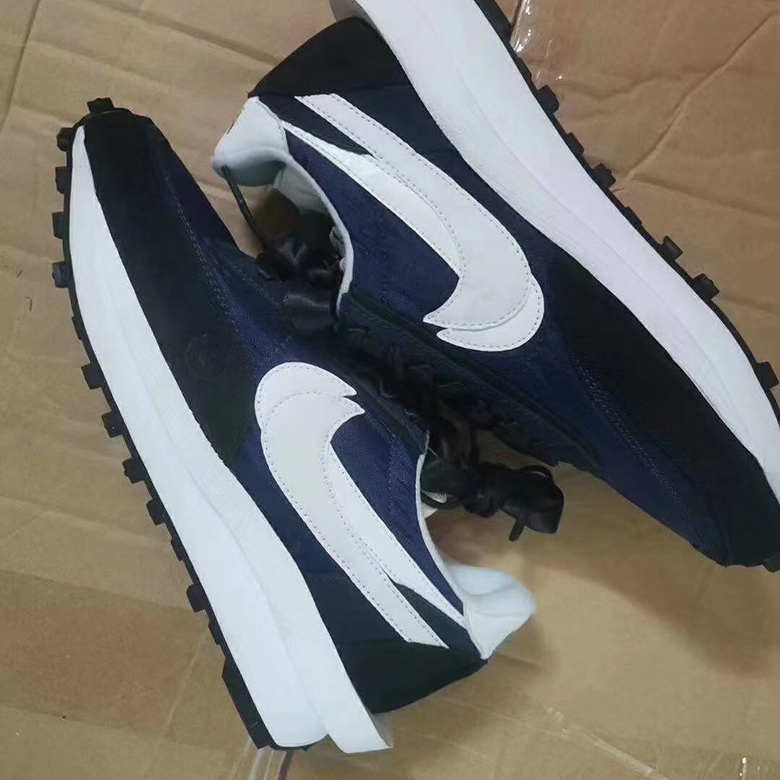 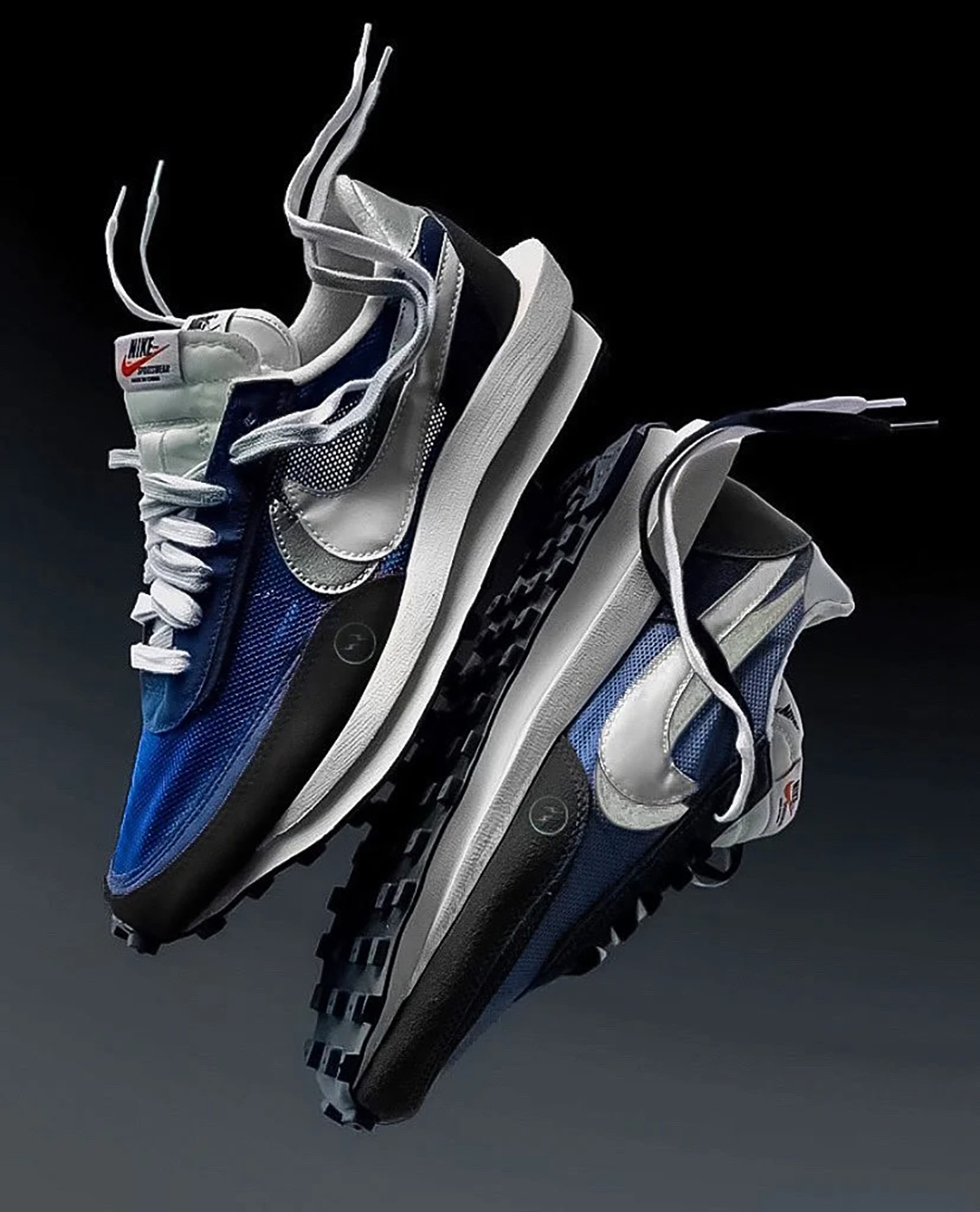