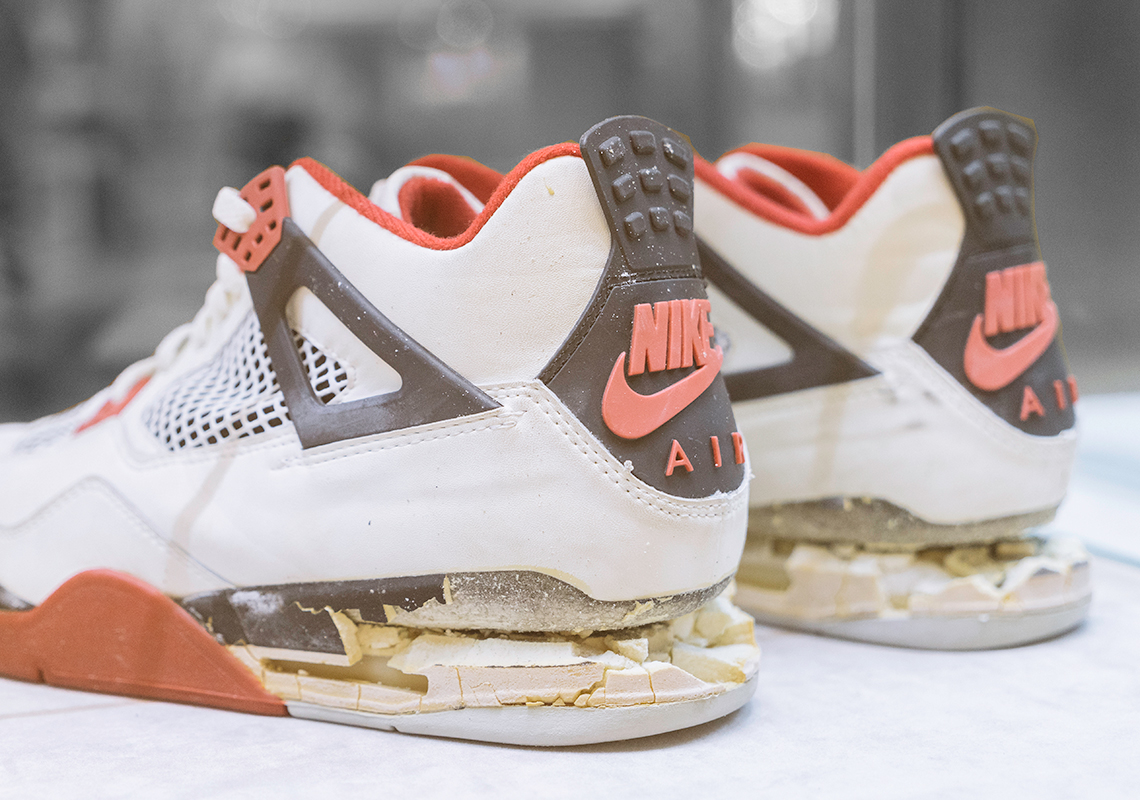 Arguably the largest and most historic catalog of Air Jordans to date, Stadium Goods’ and Christie’s “Original Air” auction is poised to break records upon the likely high final bids. The lots, which hold many a standout from 1984 to 1998, explore MJ’s accolade-ridden career by way of his game-worn sneakers, starting strong with the ever-infamous Air Ship and finishing with the “Chicago” Air Jordan 14 that may seem familiar as a result of its small cameo in “The Last Dance.”

Now online only as the new normal requires, the auction is set to go live very soon, opening its digital doors with a total of eleven different pairs. Aside from the aforementioned, the Air Jordan 1 is among the many spectacles, its Chicago dress appearing twice: one being the extremely tailored, player exclusive Tong Yang Player Sample and the other the actual Shattered Backboard AJ1 complete with a few shards of glass. Then, the listings explore some later mainstays, delivering a “Fire Red” Air Jordan 4 that’s cracked yet signed as well as the complementing Air Jordan 5 from 1990. The “Olympic” Air Jordan 7, which witnessed first-hand the greatness of the “Dream Team,” then follows paired with a vintage Magic Johnson T-Shirt. MJ’s brief stint with baseball, his rarely seen Air Jordan 10 “Shadow,” and two of the greatest Air Jordan 11s then round off the selection, all valued high and made up of their own unique stories.

Though the venue is unfortunately closed to the public, you can take a vicarious look just at the auction below. “Original Air” auctions are now live and will end on August 13th.

UPDATE (08/14/2020):
The Stadium Goods x Christie’s “Original Air” auction closed after achieving 82% of its items sold. All but two lots were unable to find a buyer, but the online-only sale raked in a total of $931,875 USD. Arguably unsurprising, the auction’s top lot was the original Air Jordan 1 High “Shattered Backboard”, which fetched an $615,000 USD – unprecedented for sneakers at auction. 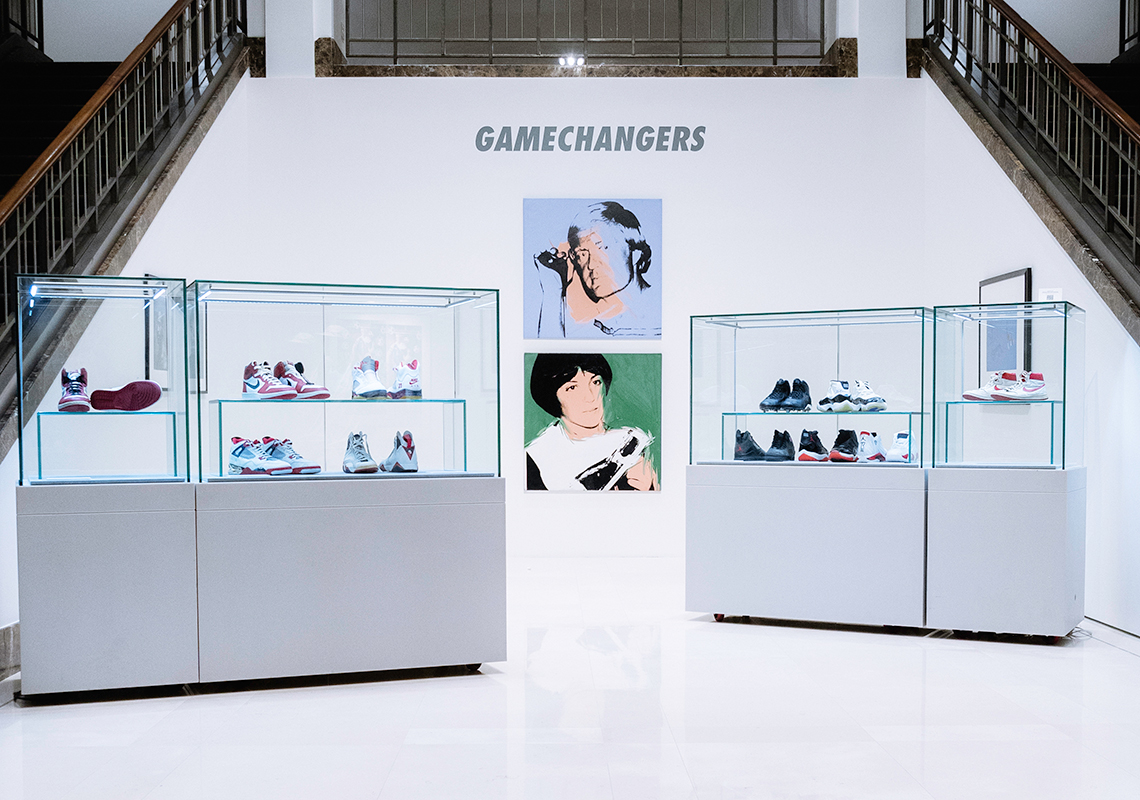 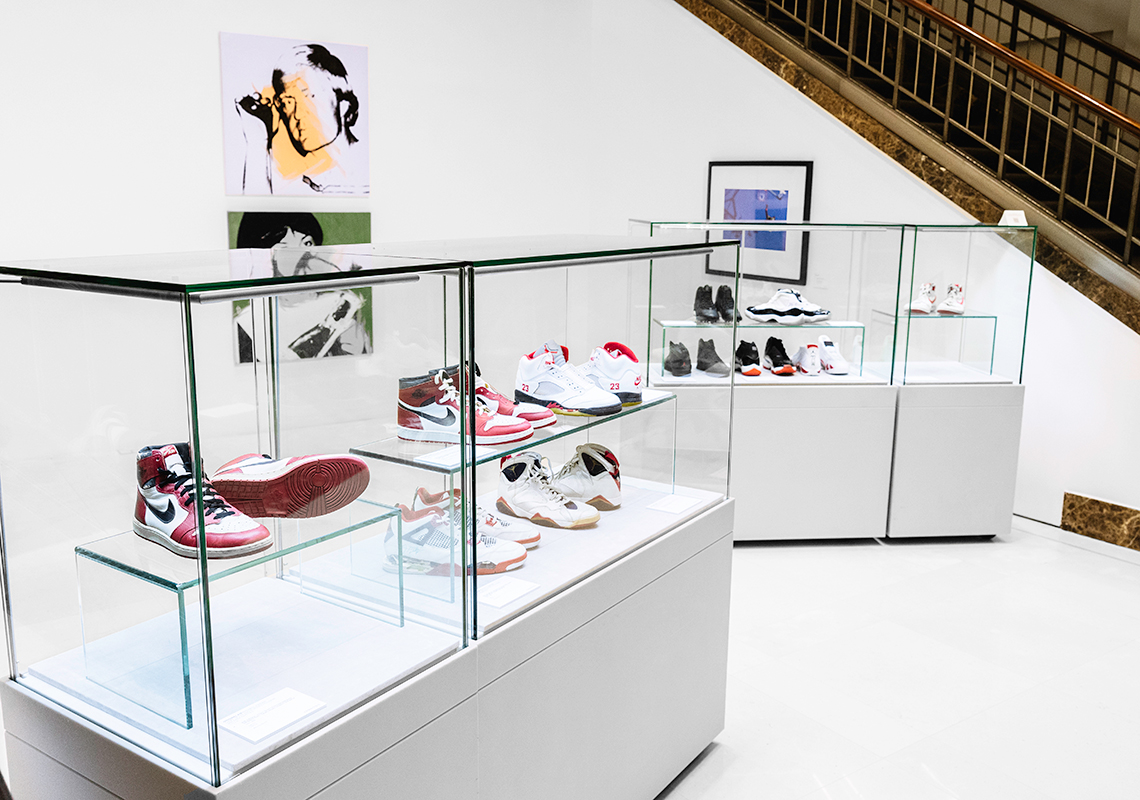 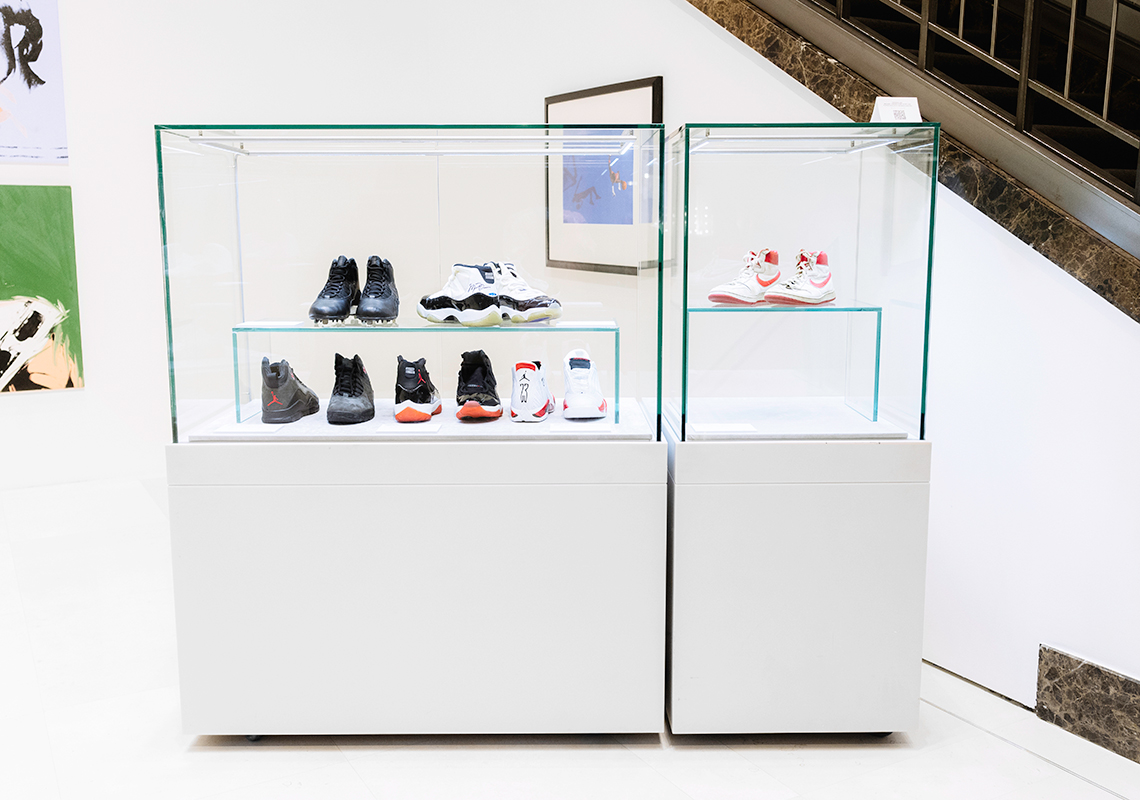 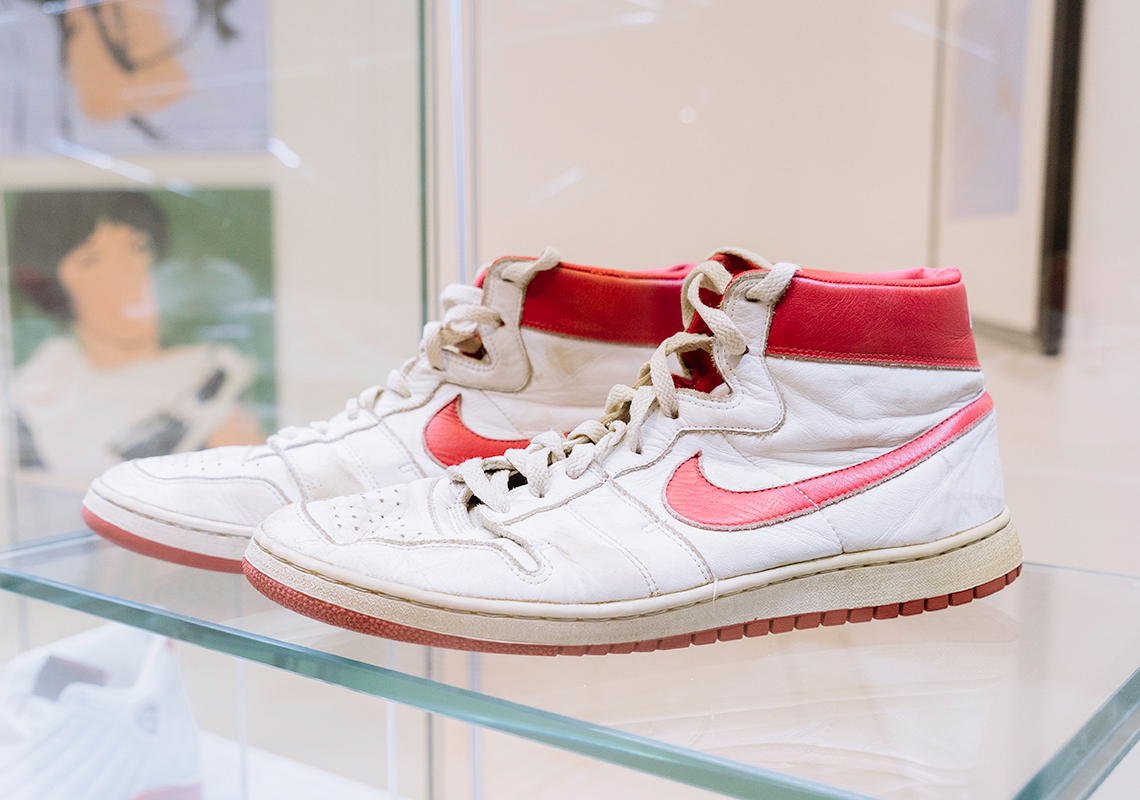 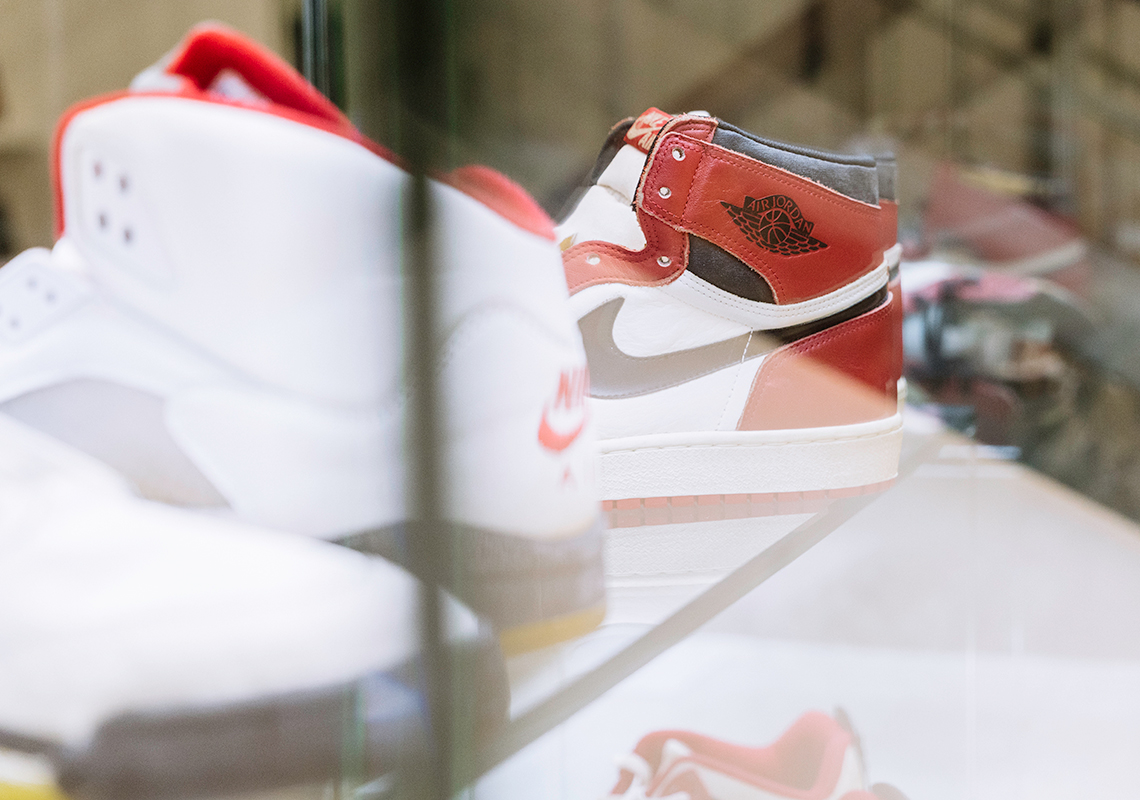 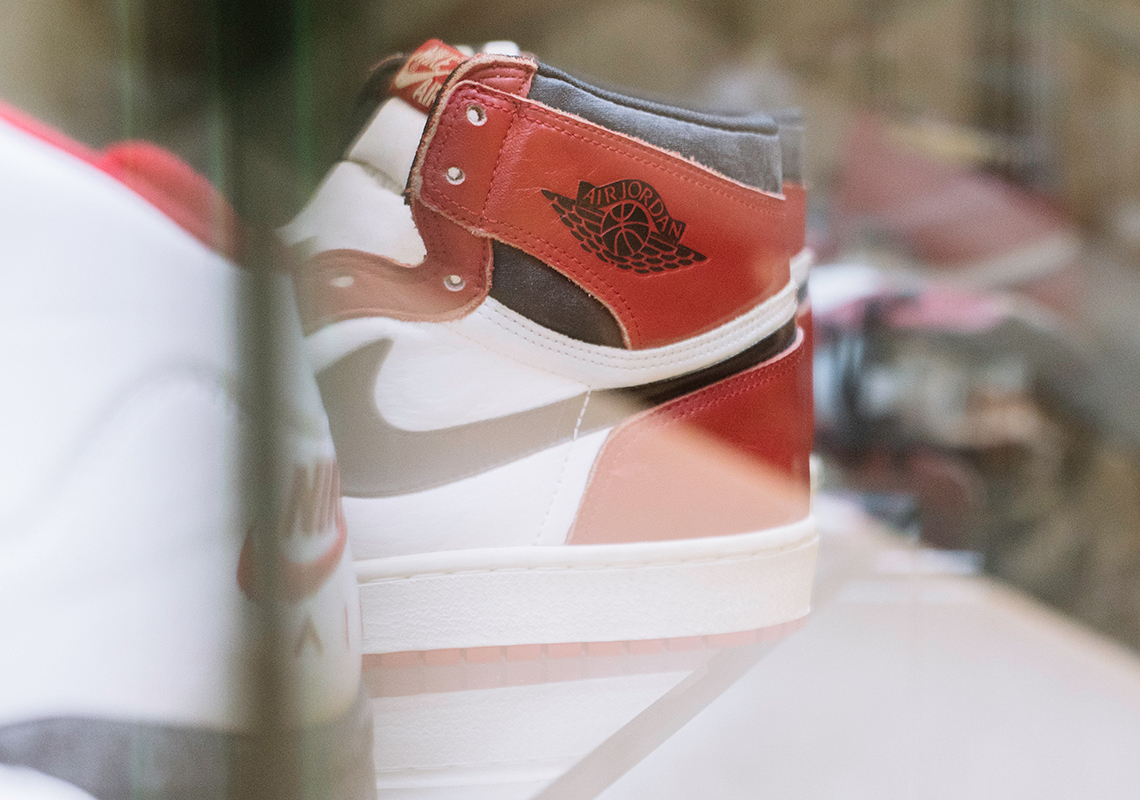 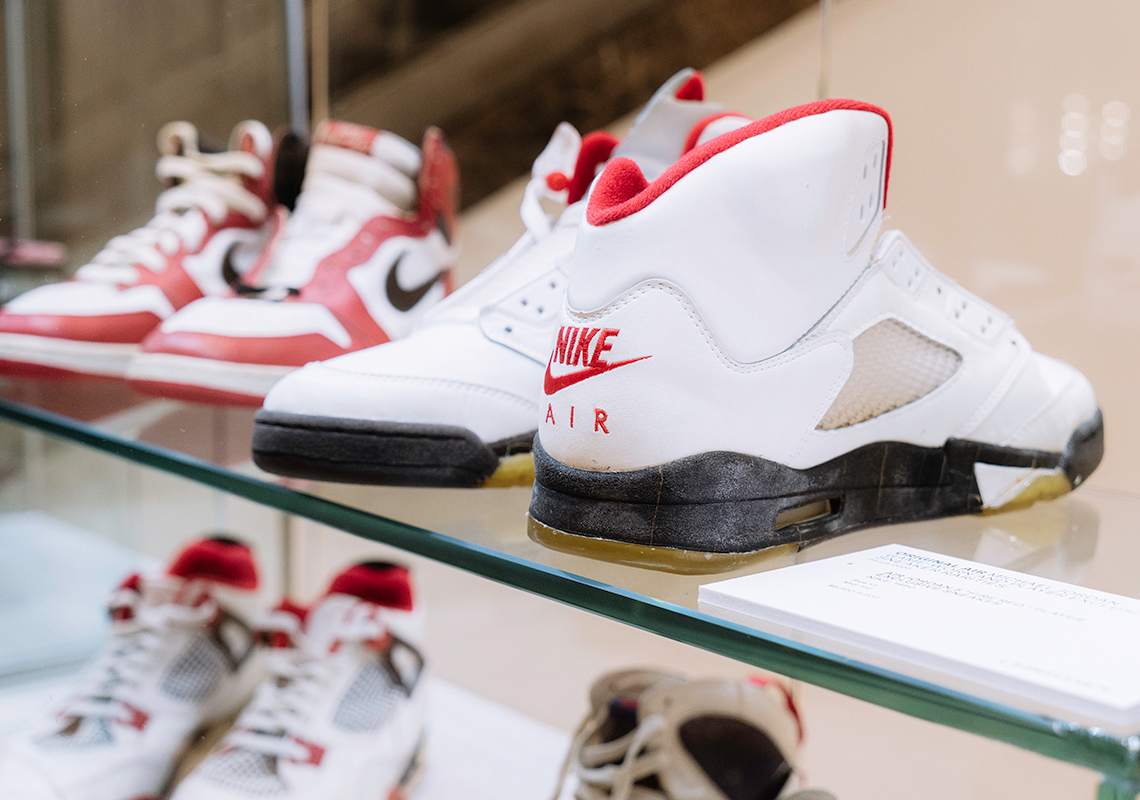 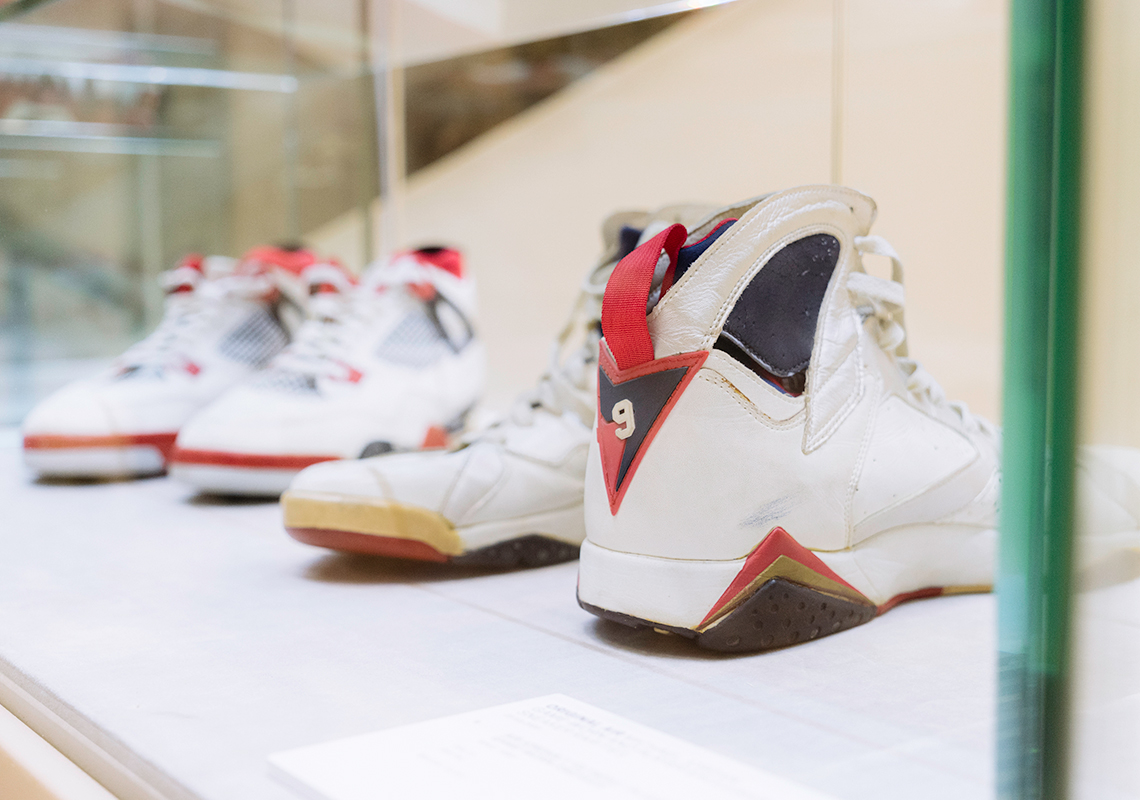 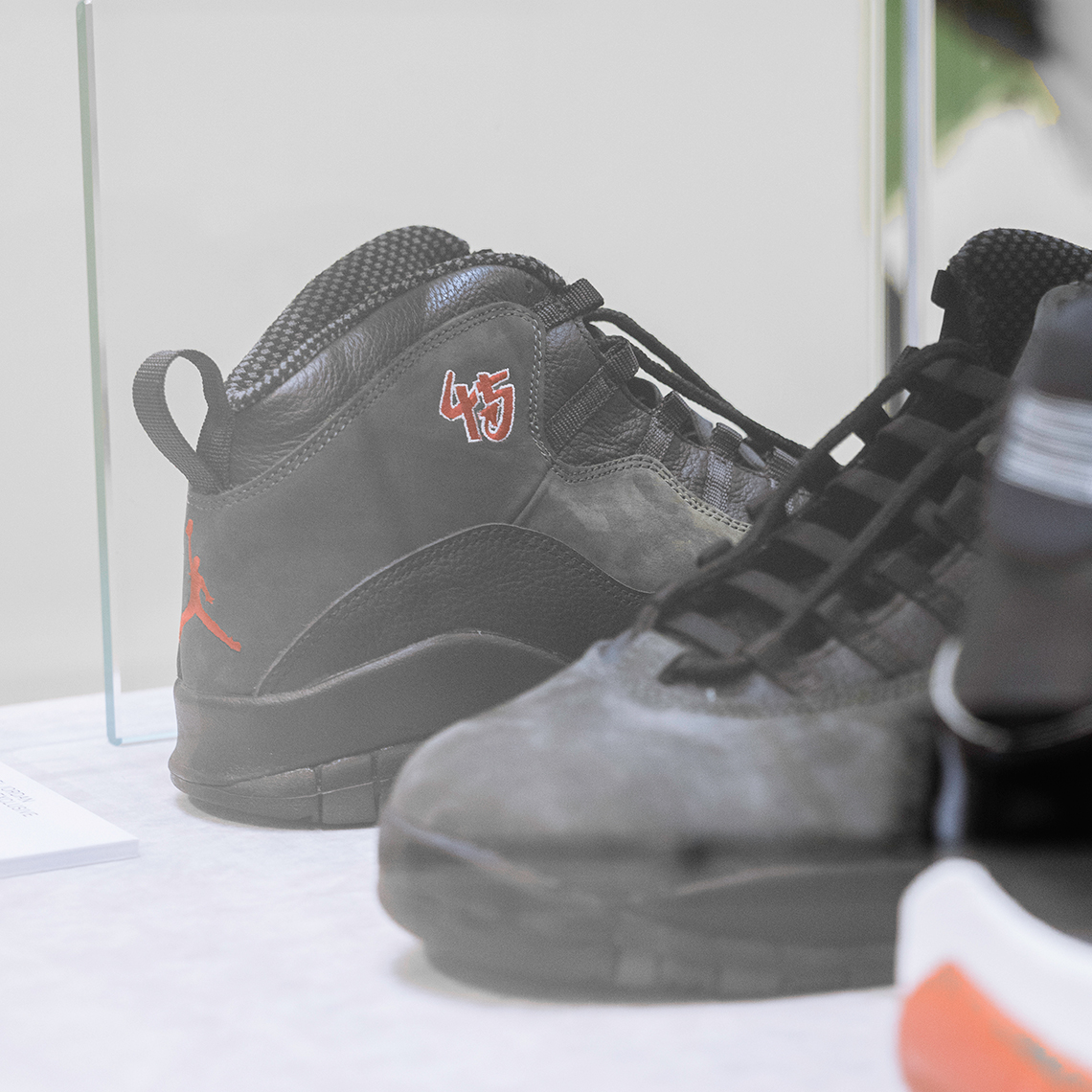 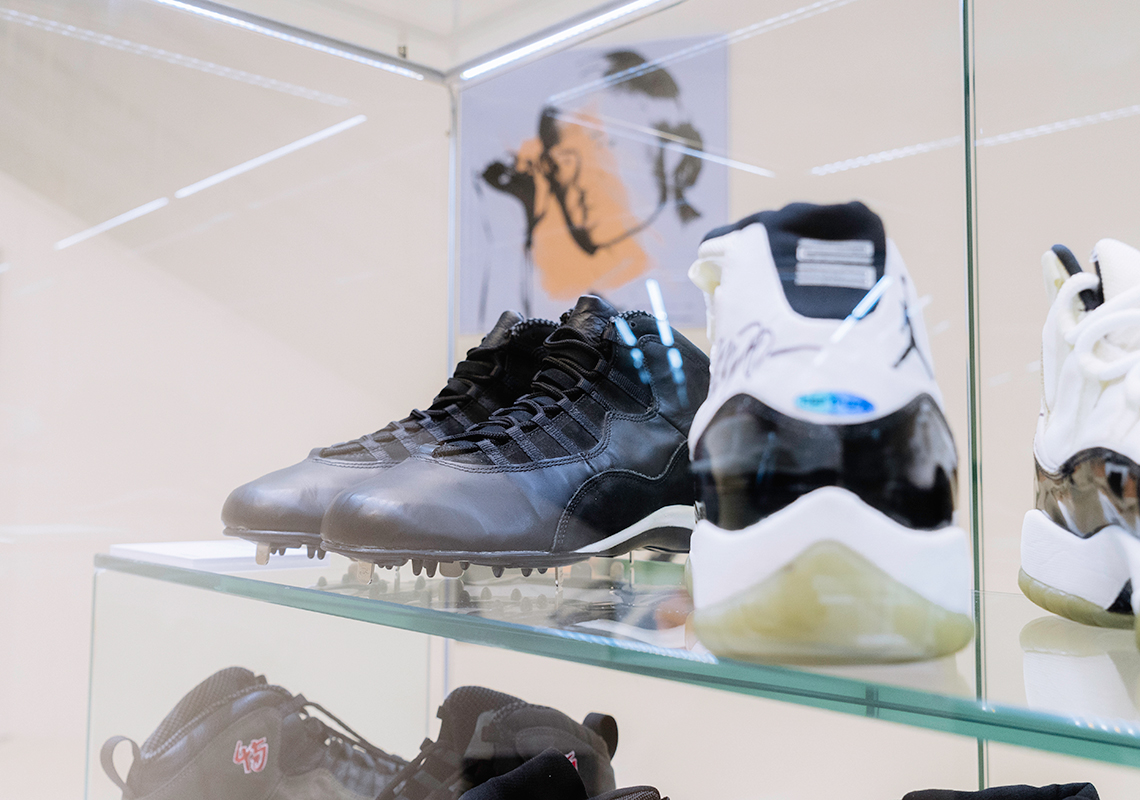 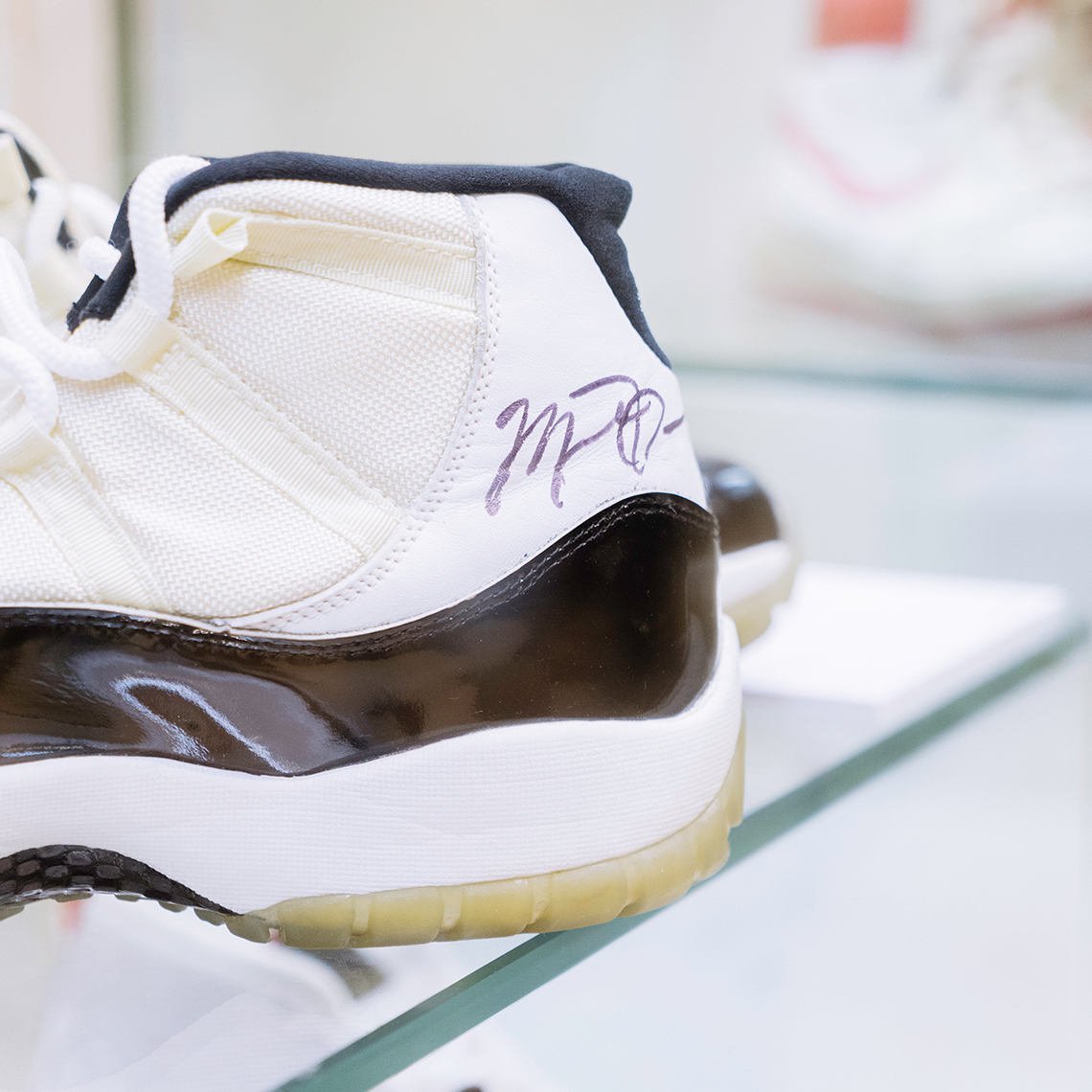 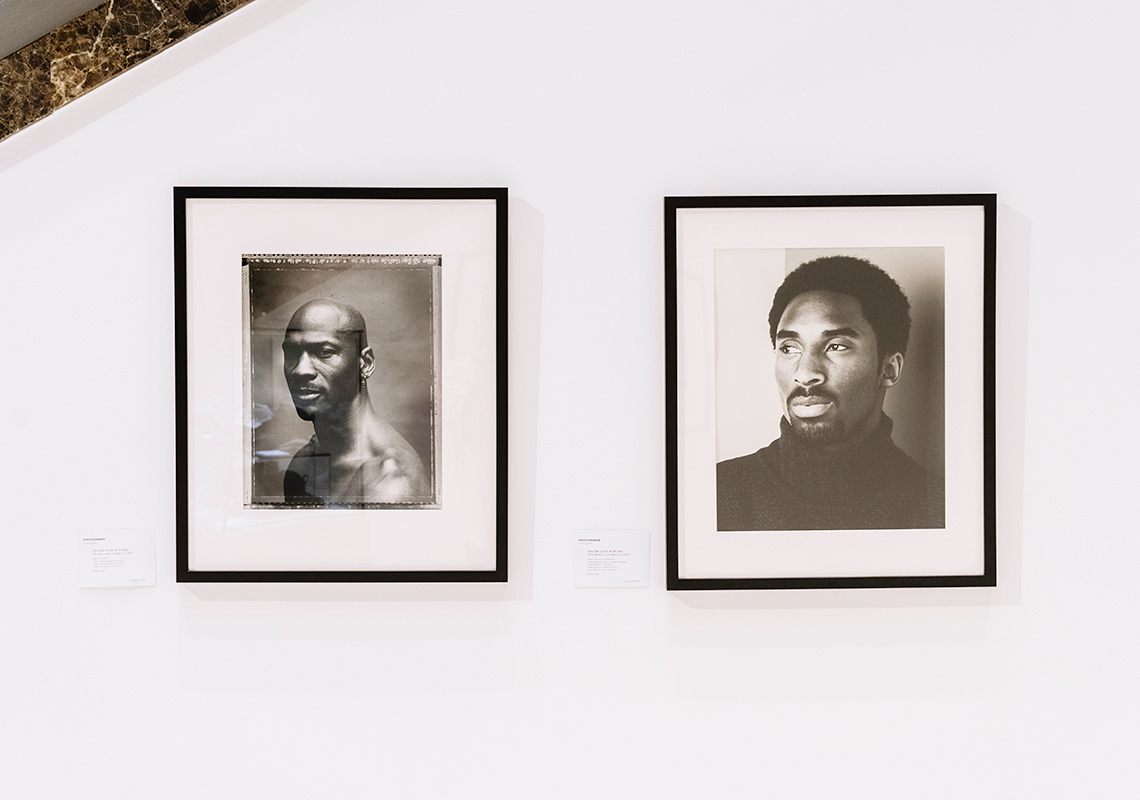 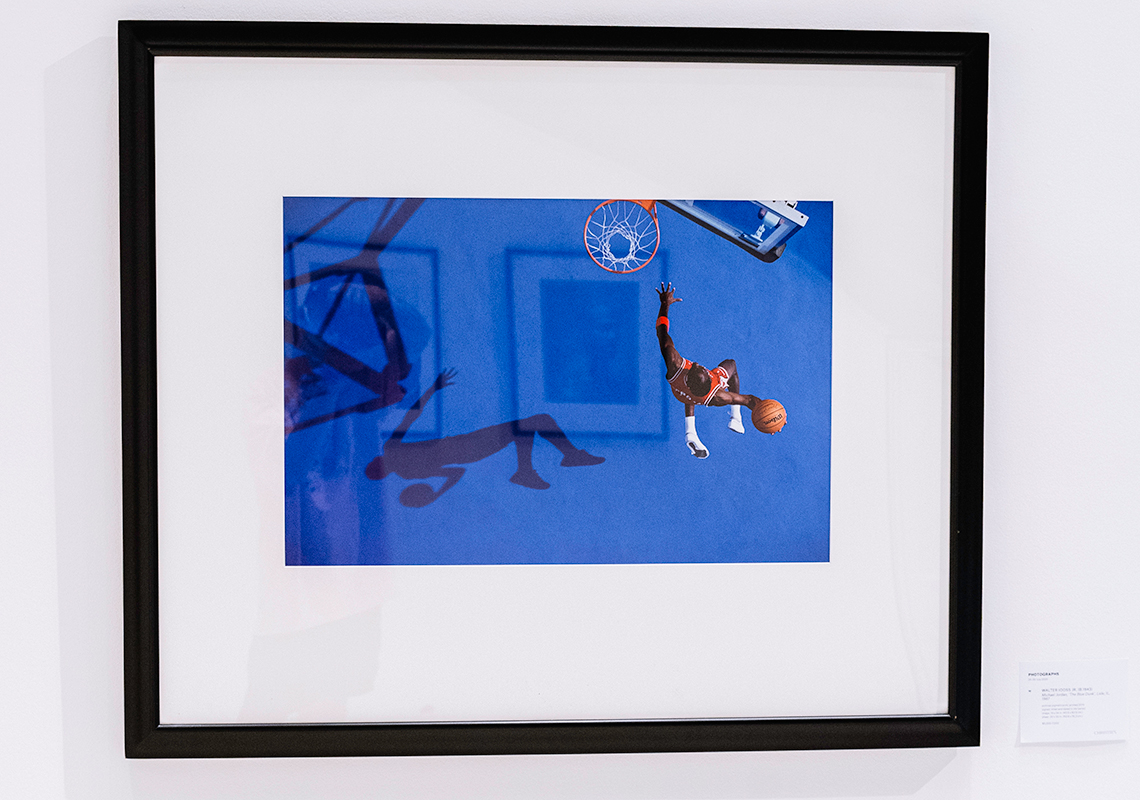