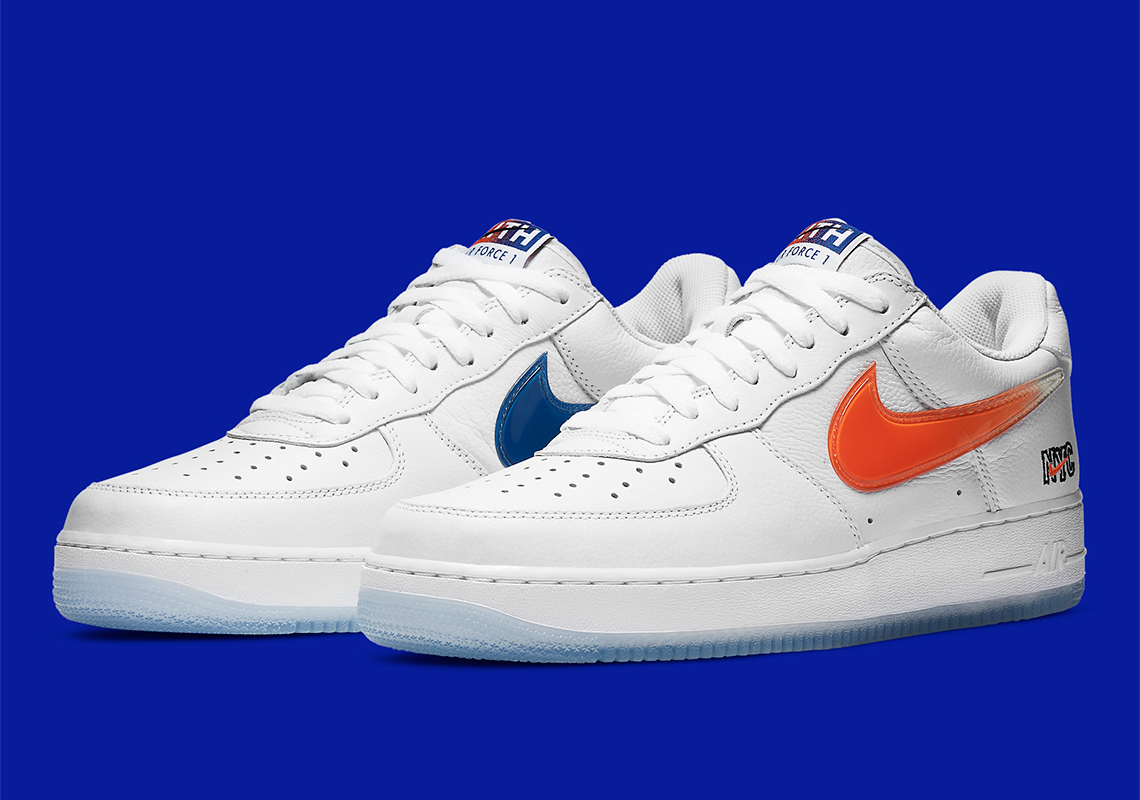 As the Fall season approaches, Ronnie Fieg is noticeably starting to ramp up the production of his footwear collaborations. Last seen working with ASICS on a trio of GEL-Lyte III‘s, the KITH commander in chief is now creating more momentum related to his projects with the folks over in Beaverton that include that his fifth season of Coca-Cola Converse Chuck 70s, as well as more NYC-themed colorways of the Air Force 1 Low.

In relation to the latter, an alternate white and orange colorway has now revealed itself by way of early images. Visually, they are identical to the Taiwan Air Force 1s given the nature of their mostly-white build, enlarged gradient Swooshes, and clear outsoles. However, the different aspects on this pair can be identified by its full grain leather upper, bright orange branding, “NYC” logos fastened to the rear lateral panel, and golden Nike dubraes. Sit tight for further info regarding its launch date, and expect these to likely drop alongside the black KITH Air Force 1 NYC colorway. 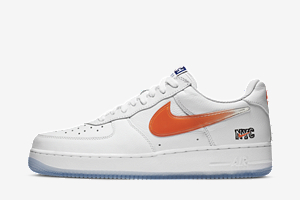 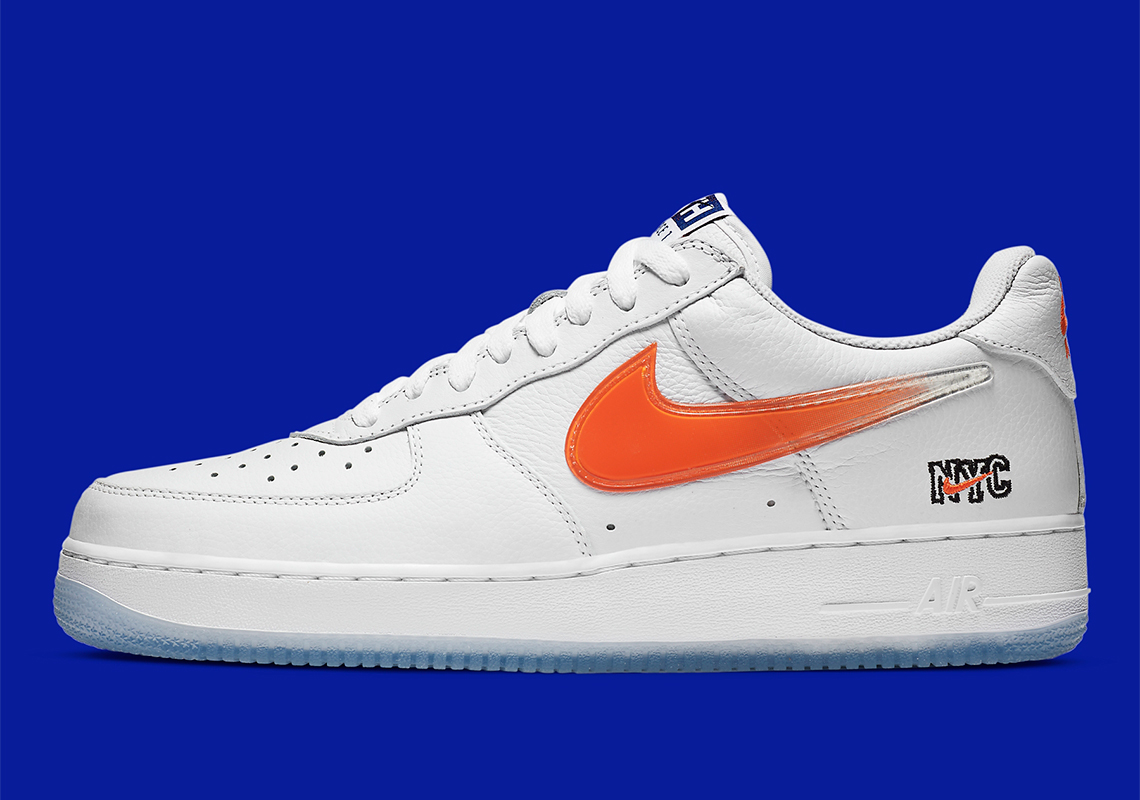 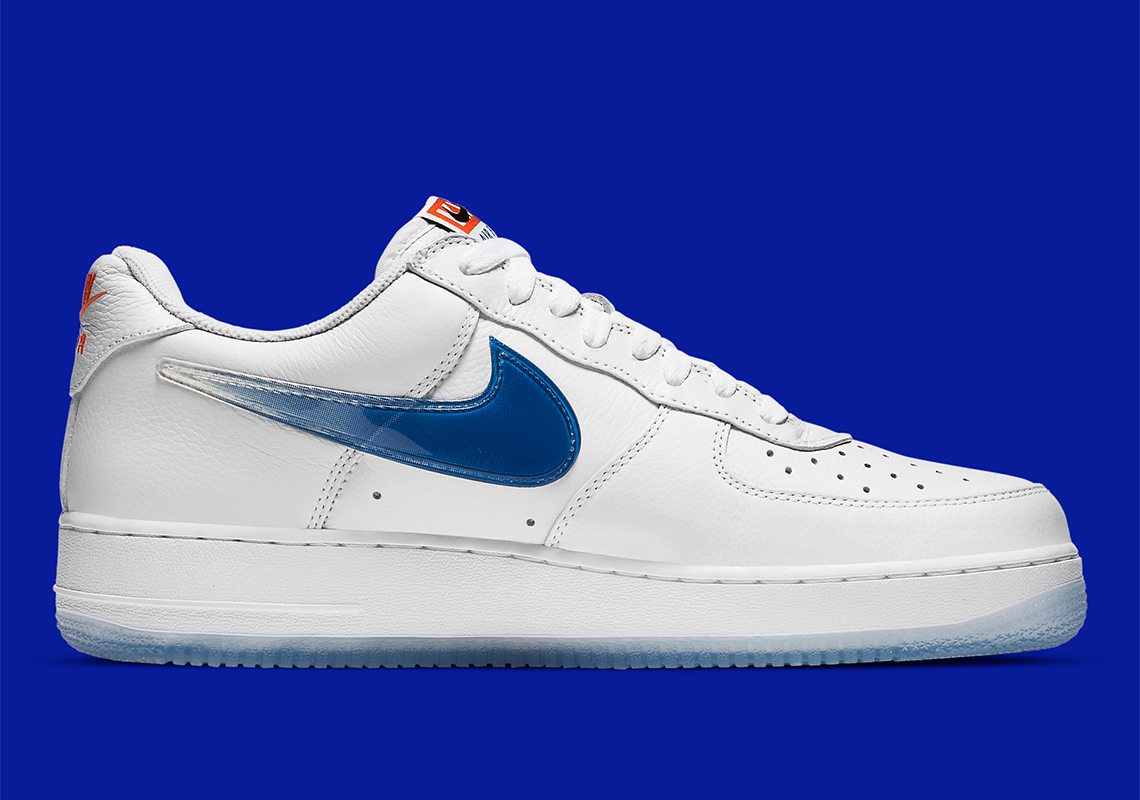 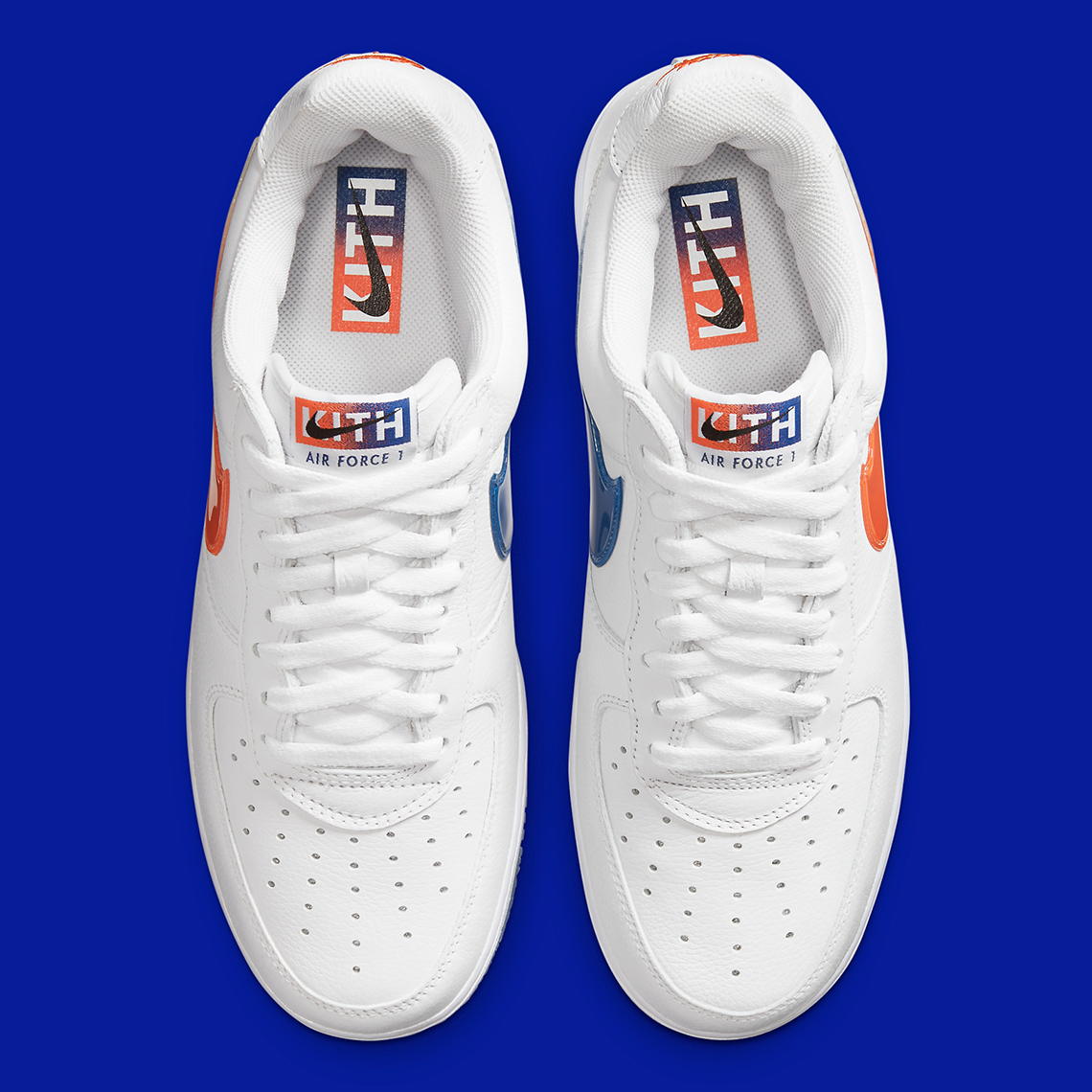 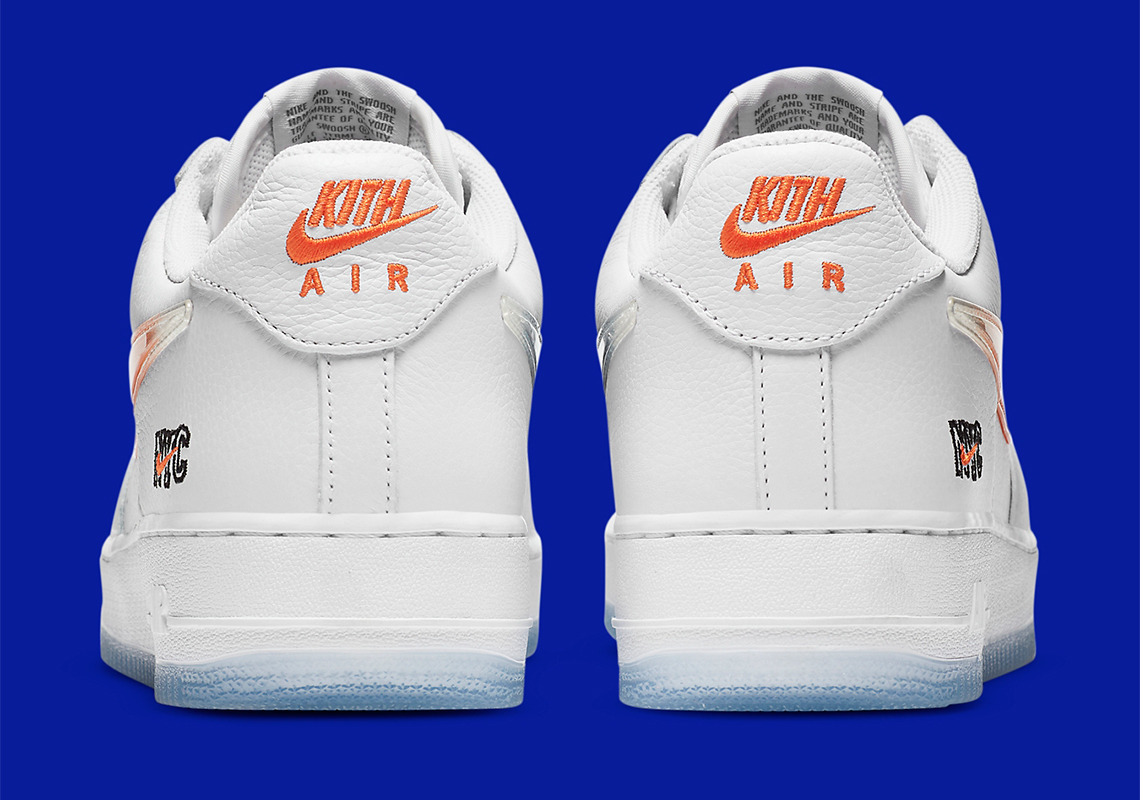 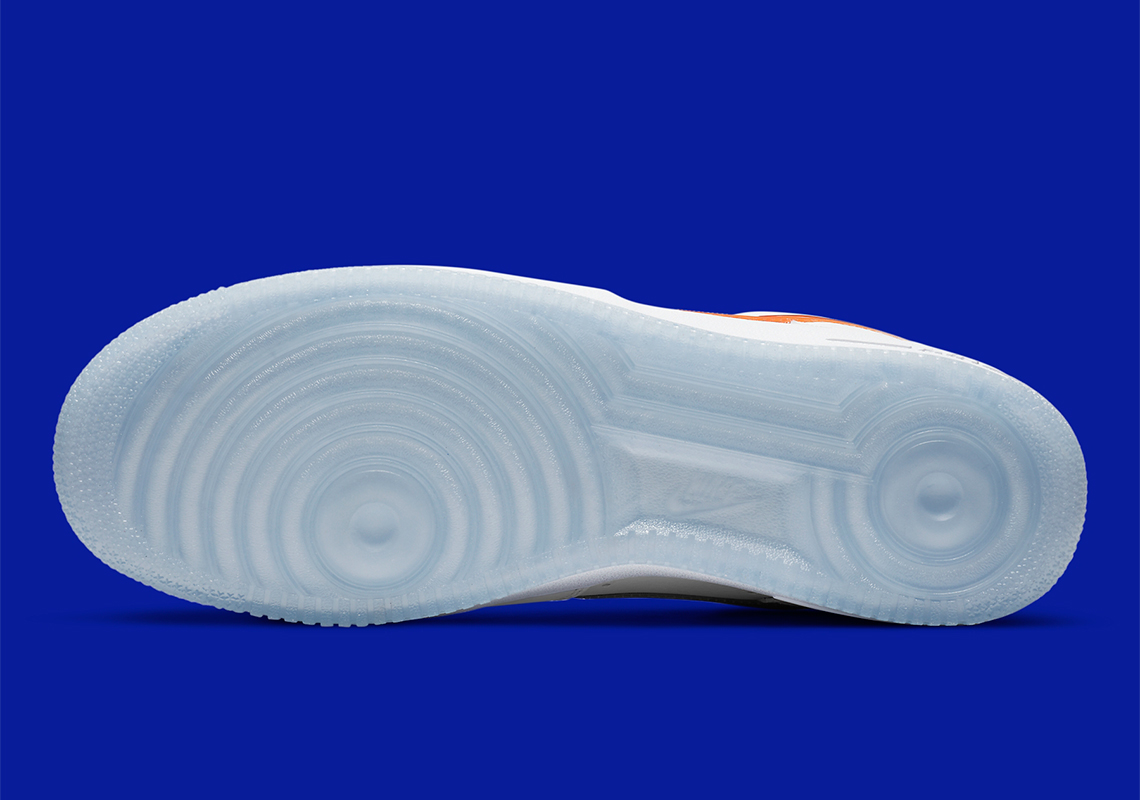 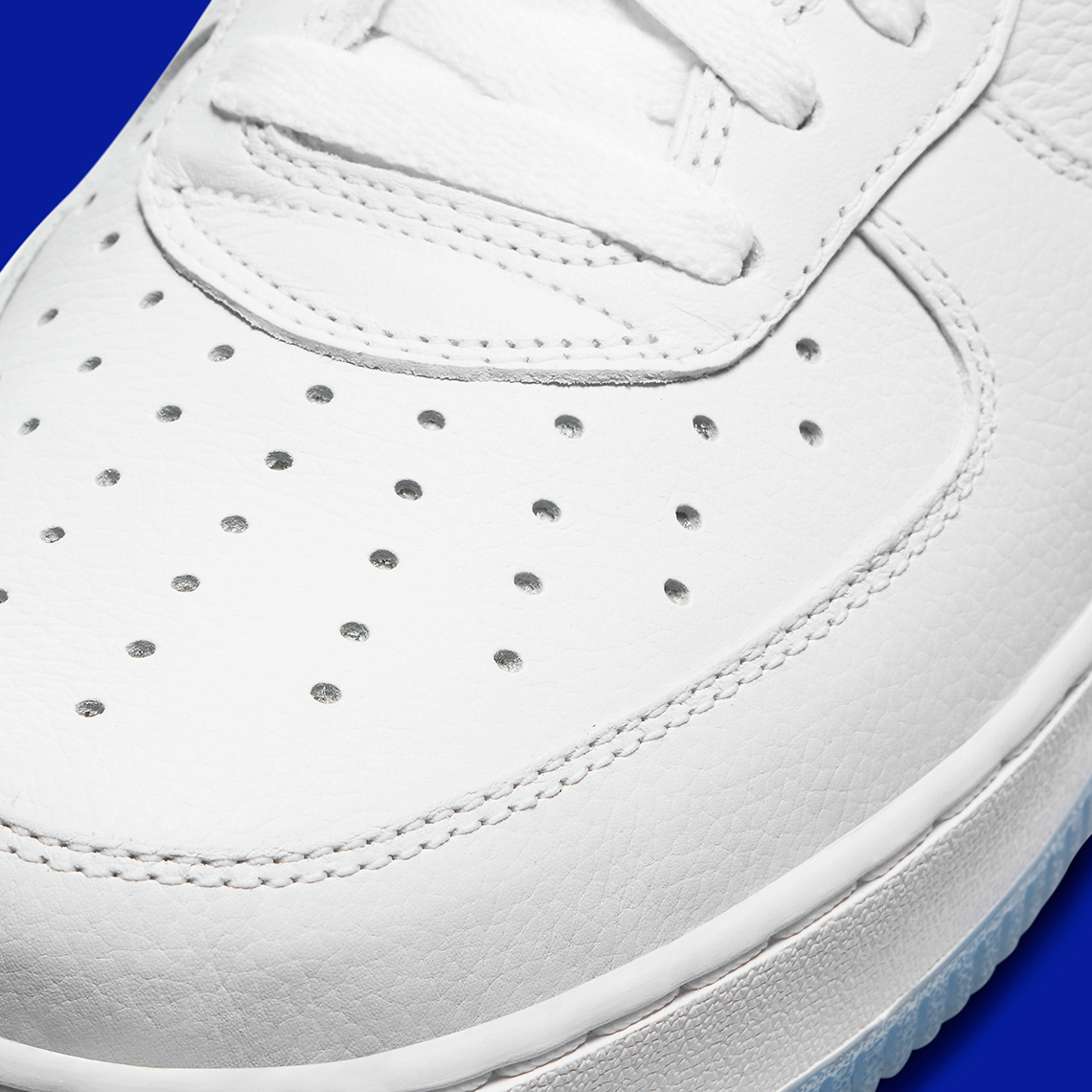 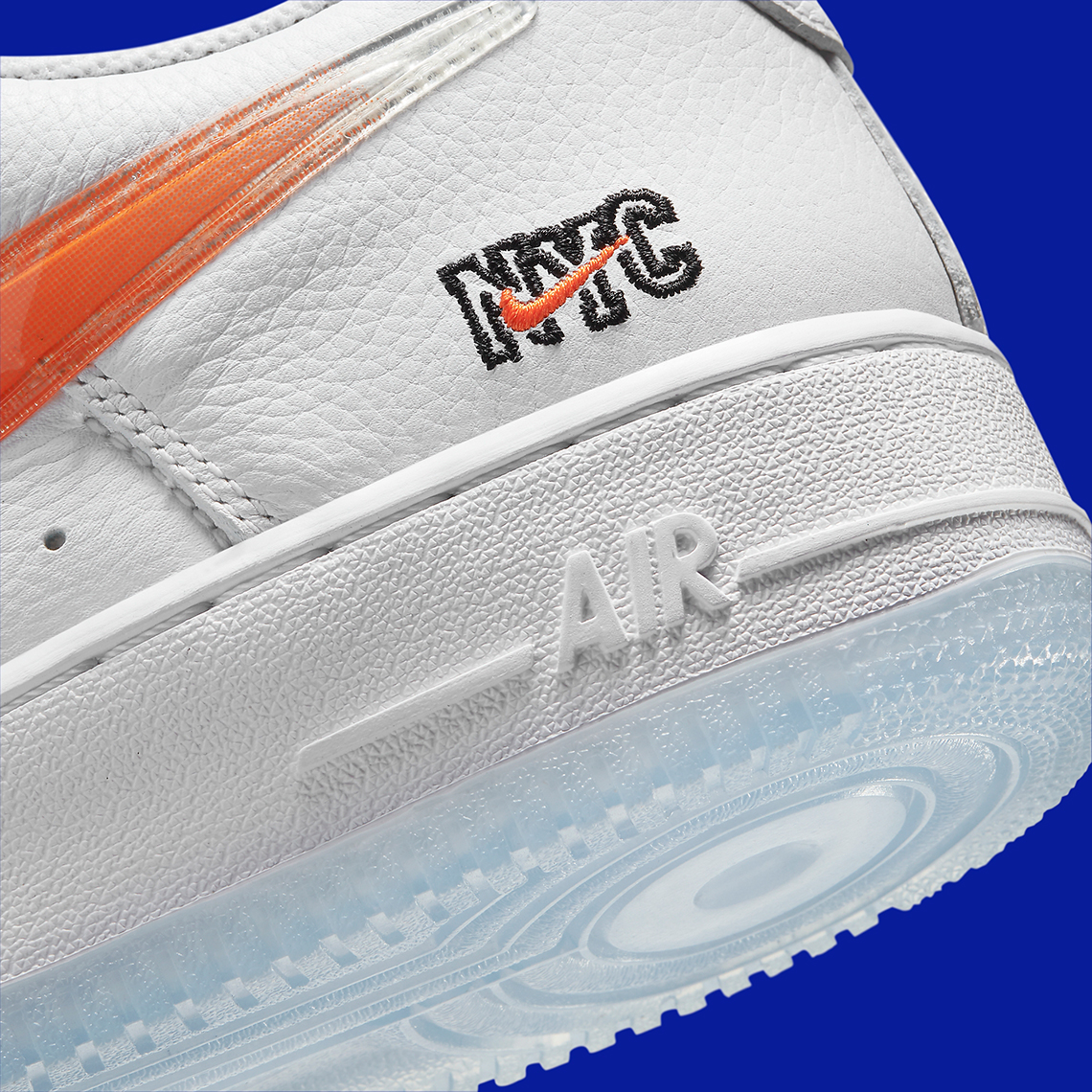 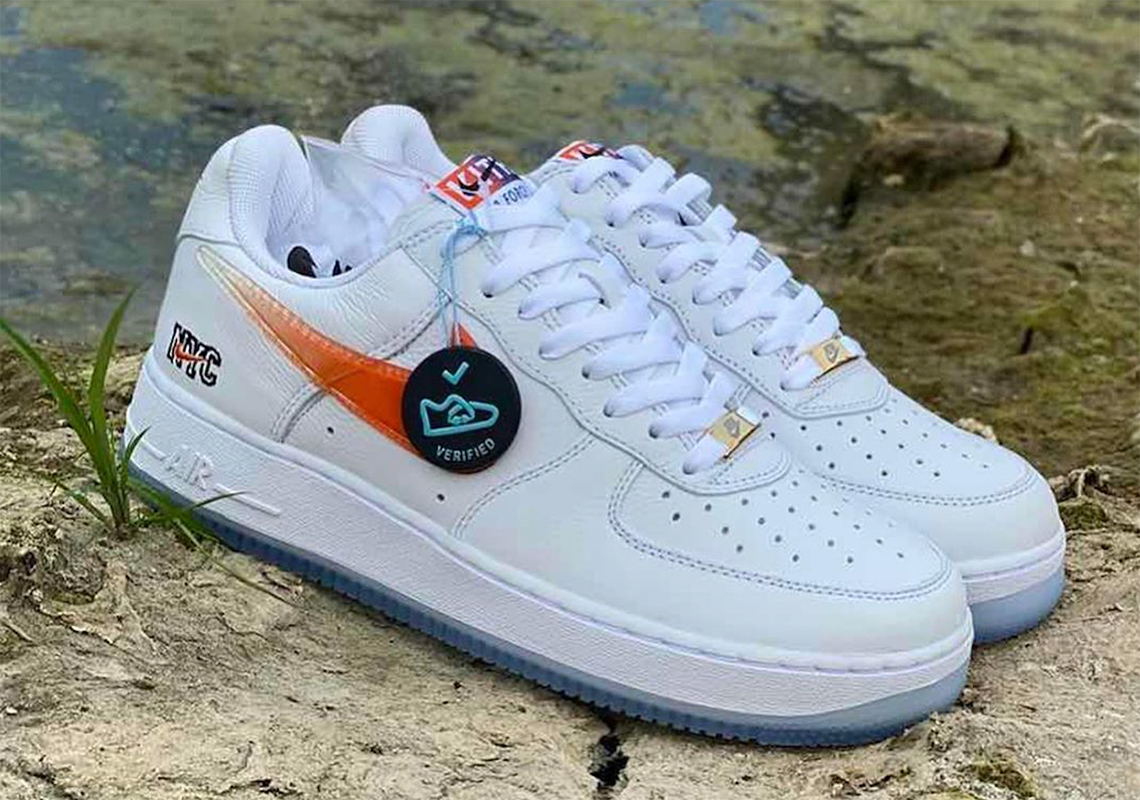 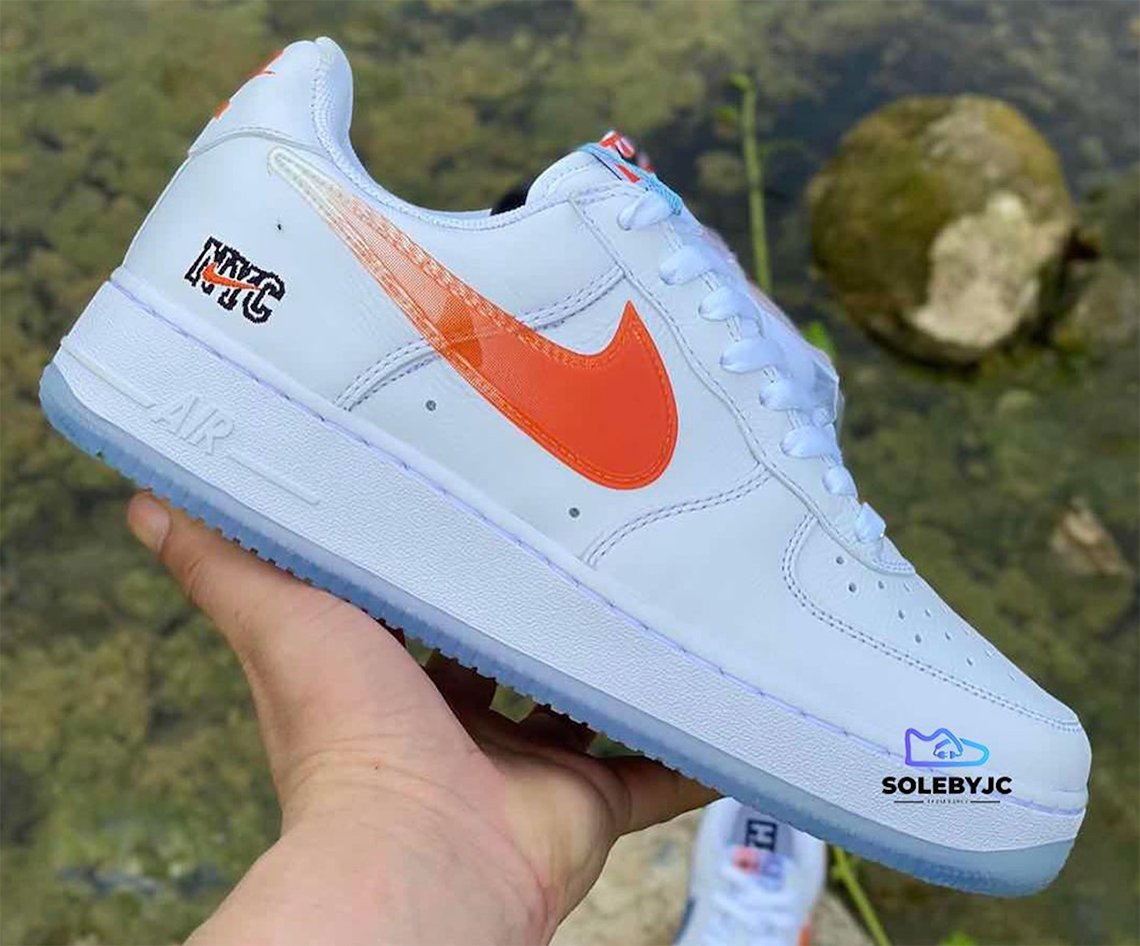 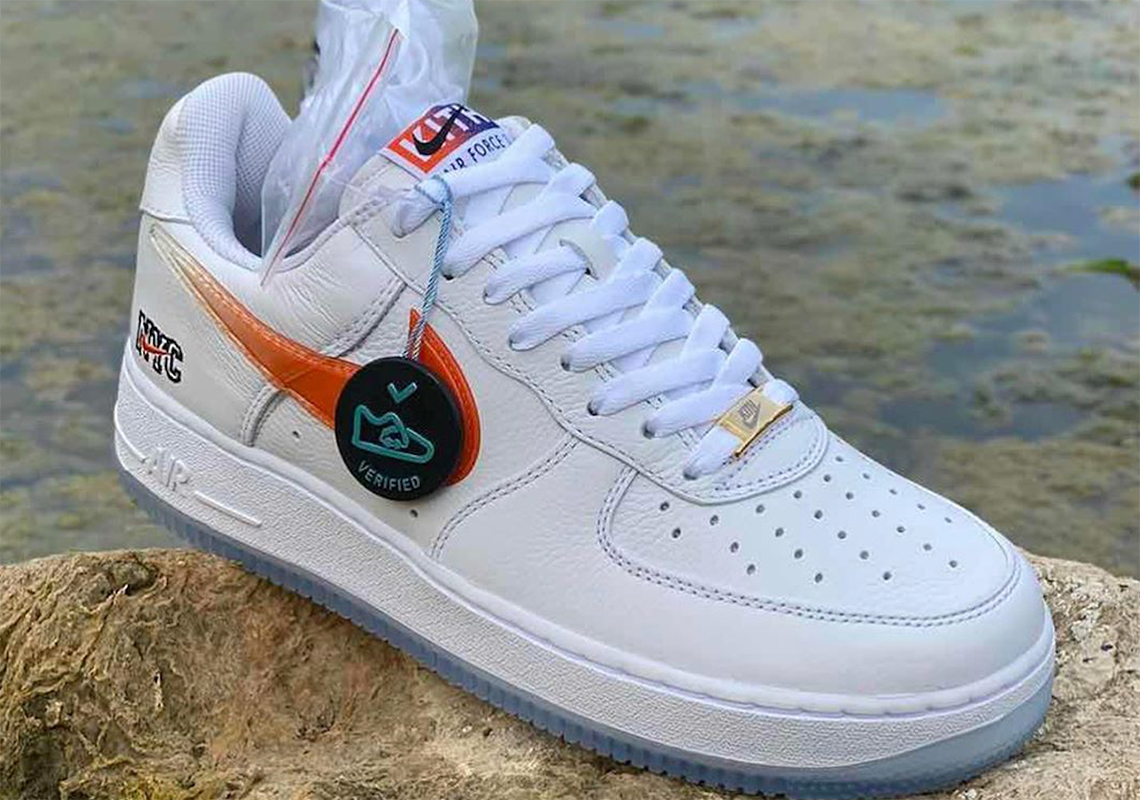 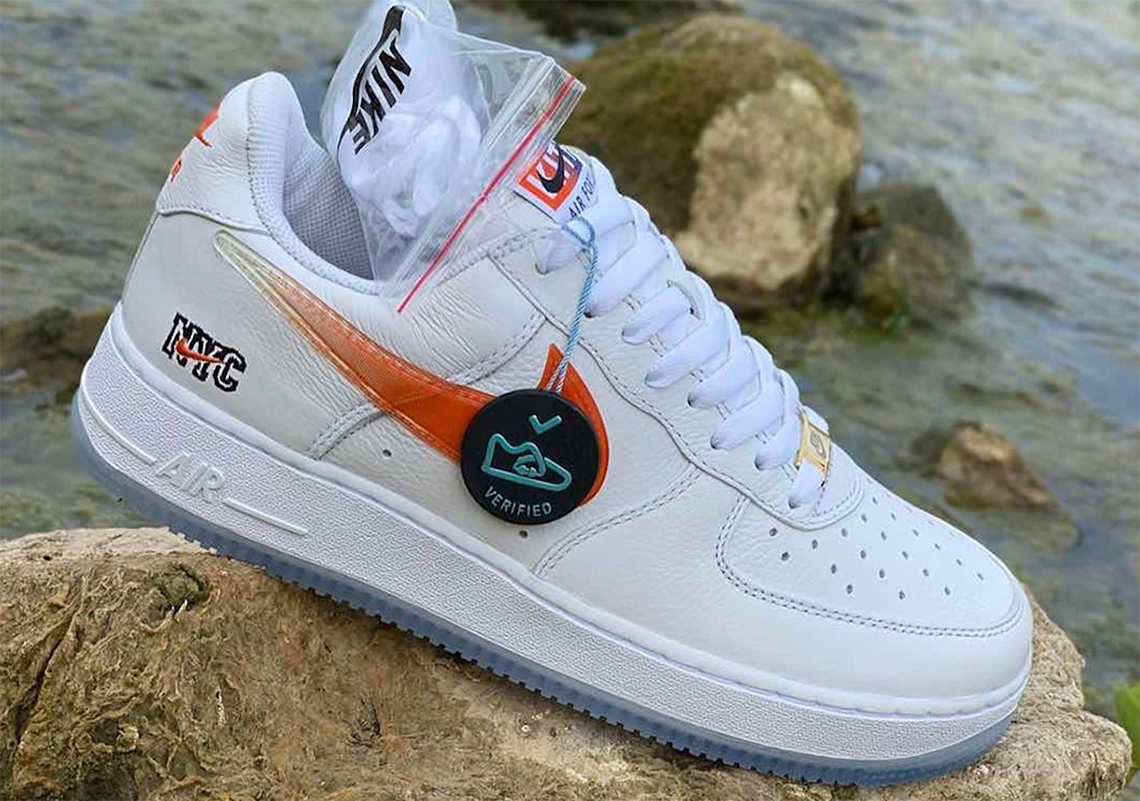