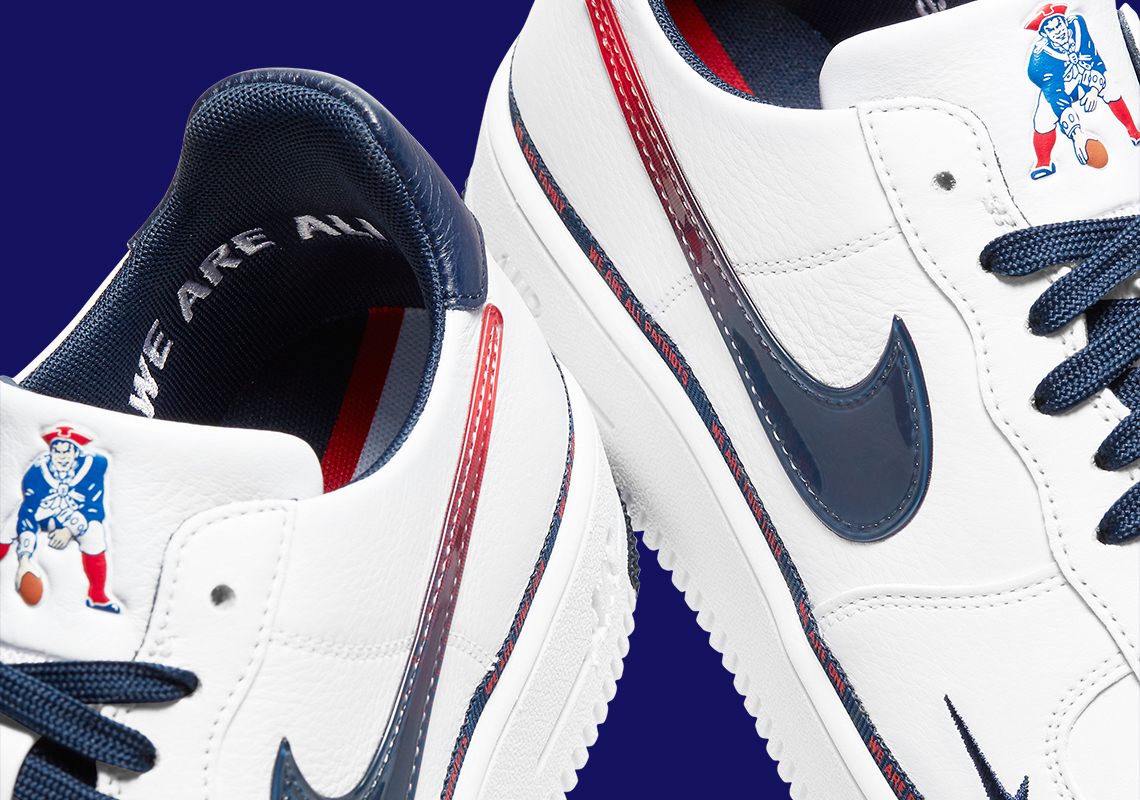 For as long as we live, sports history books will forever remember the era that Bill Belichick, Tom Brady, and company dominated the NFL with the New England Patriots. Earning a total of six Super Bowl wins between 2002-2019, the franchise was simply a force to be reckoned with on the gridiron. And so to honor this storied legacy, Nike is continuing their tradition of specially-made sneakers for the team, this time opting to go with the Air Force 1 Low Ultra as their silhouette of choice.

Steering away from the Flyknit uppers that landed on last year’s rendition, the Swoosh team instead crafts this newest take with a premium tumbled leather build coated in white, and they dress up the Swooshes with an appropriate gradient mix of navy and red hues to align with their team colors. Pats logos are found substituting the traditional Nike branding on the tongues and the heels, the former of which displays the Boston-based squad’s throwback logo, while the latter shows off the current day emblem. Furthermore, additional New England-focused hits arrive on the text-heavy strip above the midsole that spells out various unity-inspired mottos, and the footbeds split between the team moniker on the left side, and six stars on the right to represent their total number of championship victories. Grab a detailed look right here, and find these dropping likely within the coming weeks on Nike.com.

For other news, the Air Jordan 1 High Midnight Navy is also dropping in kid’s sizes. 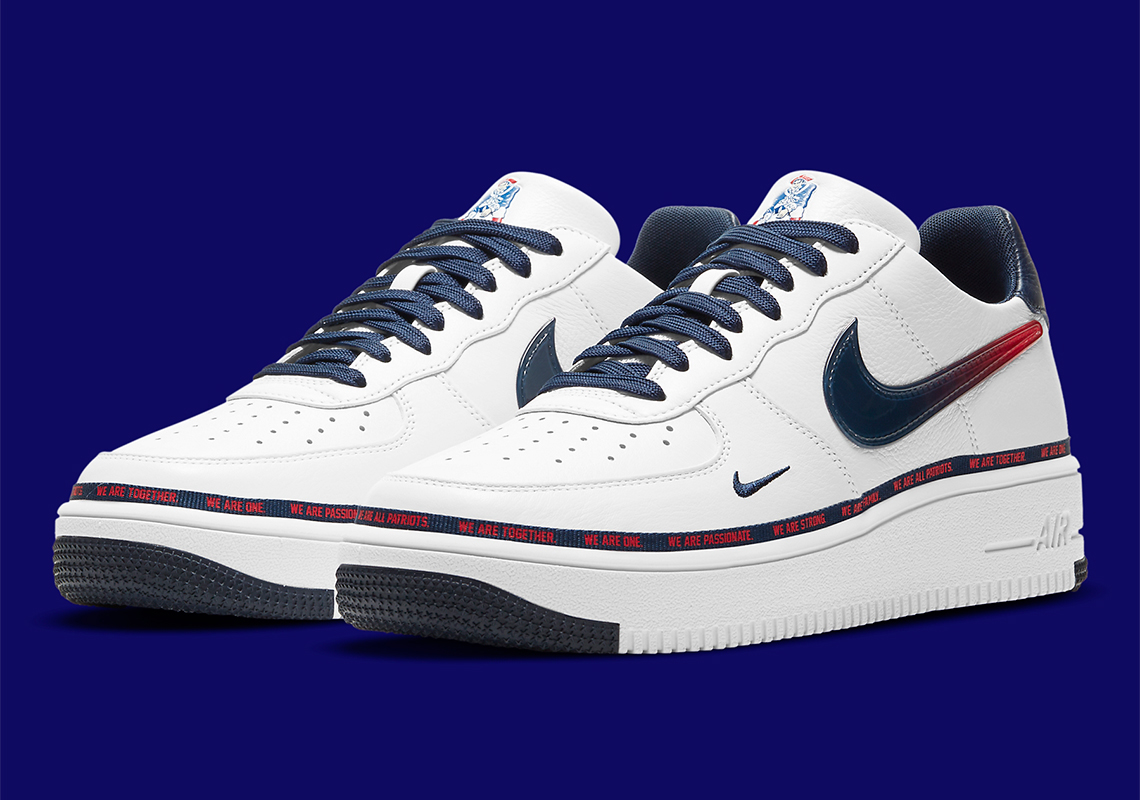 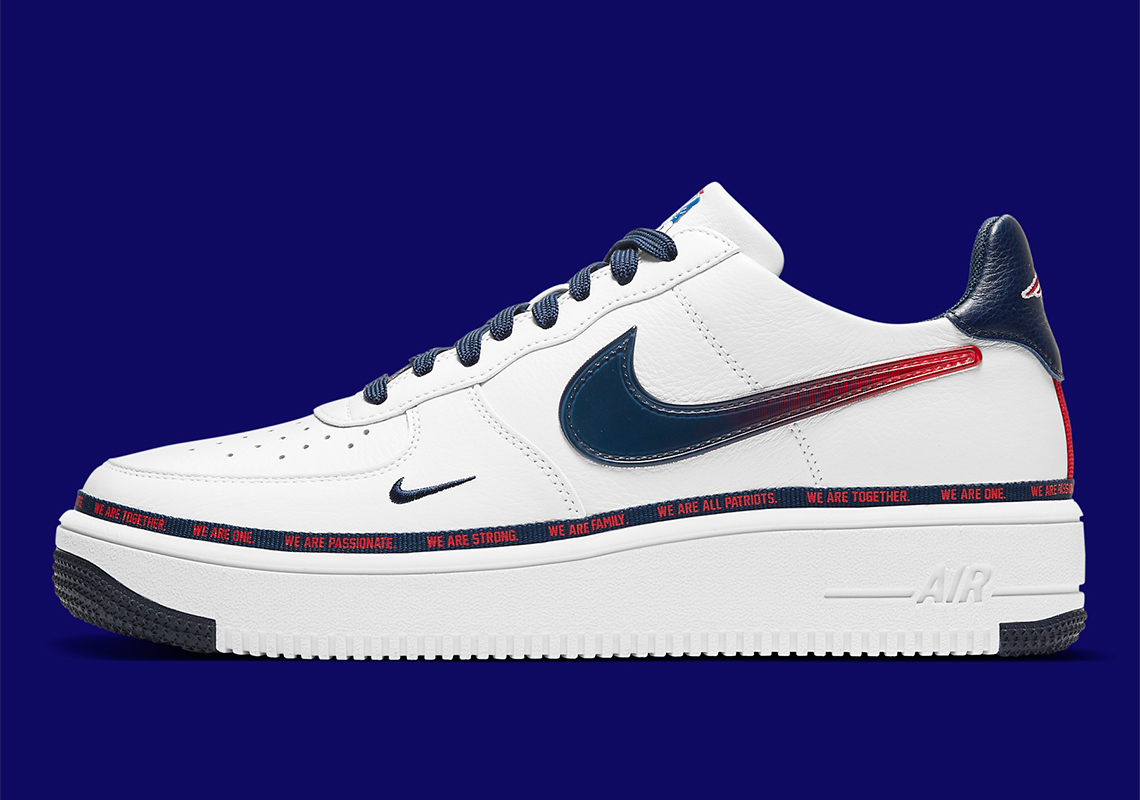 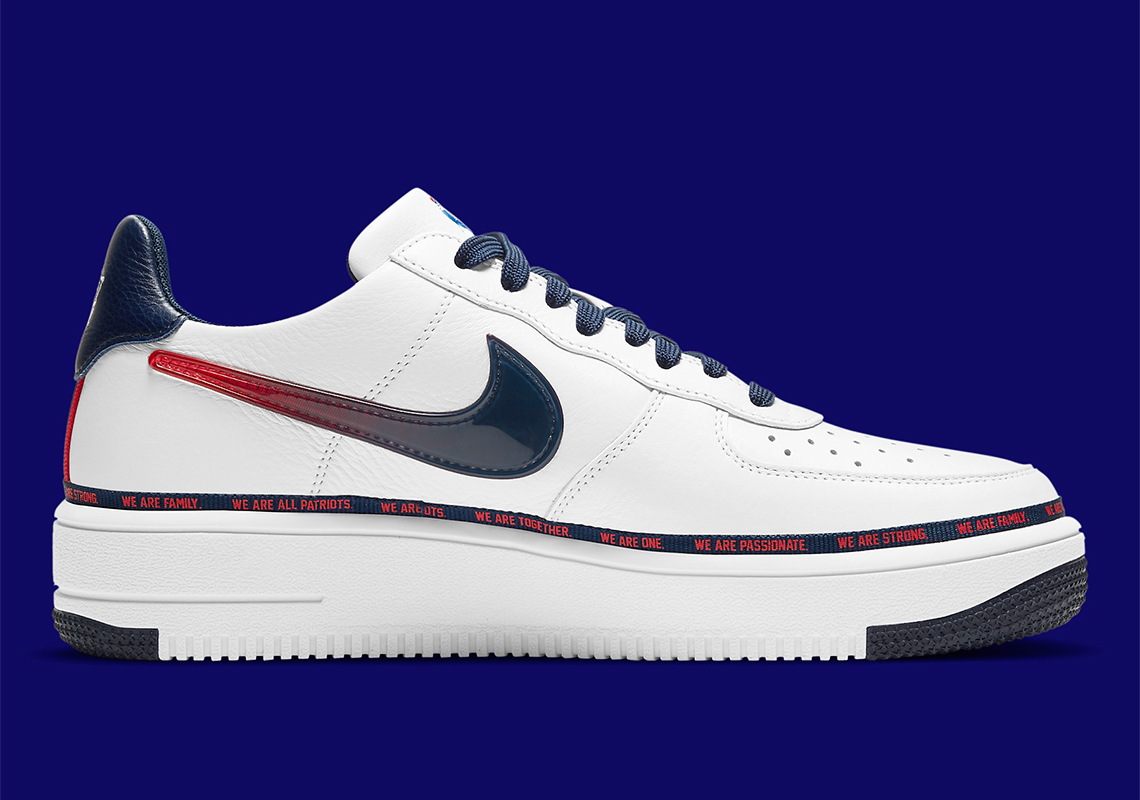 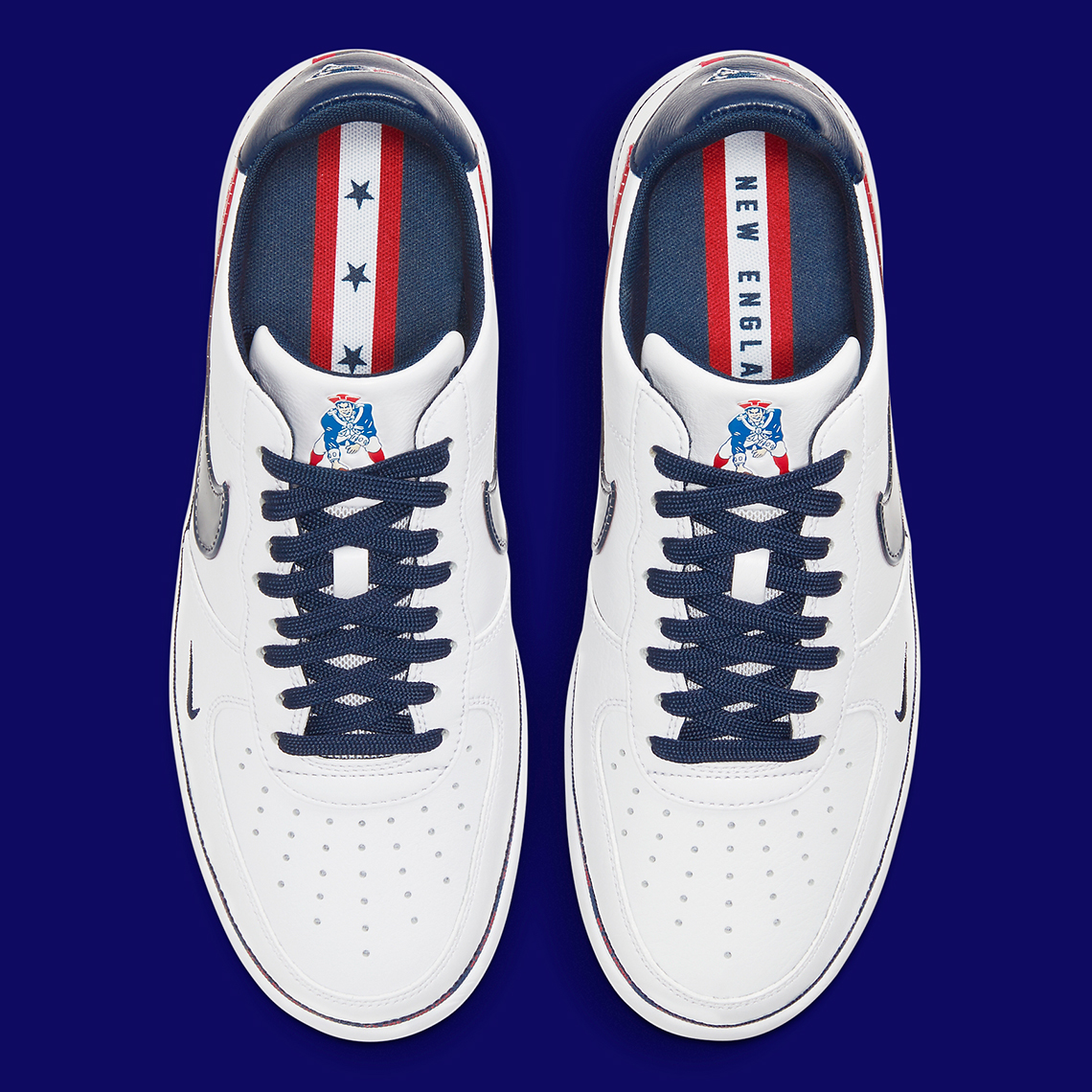 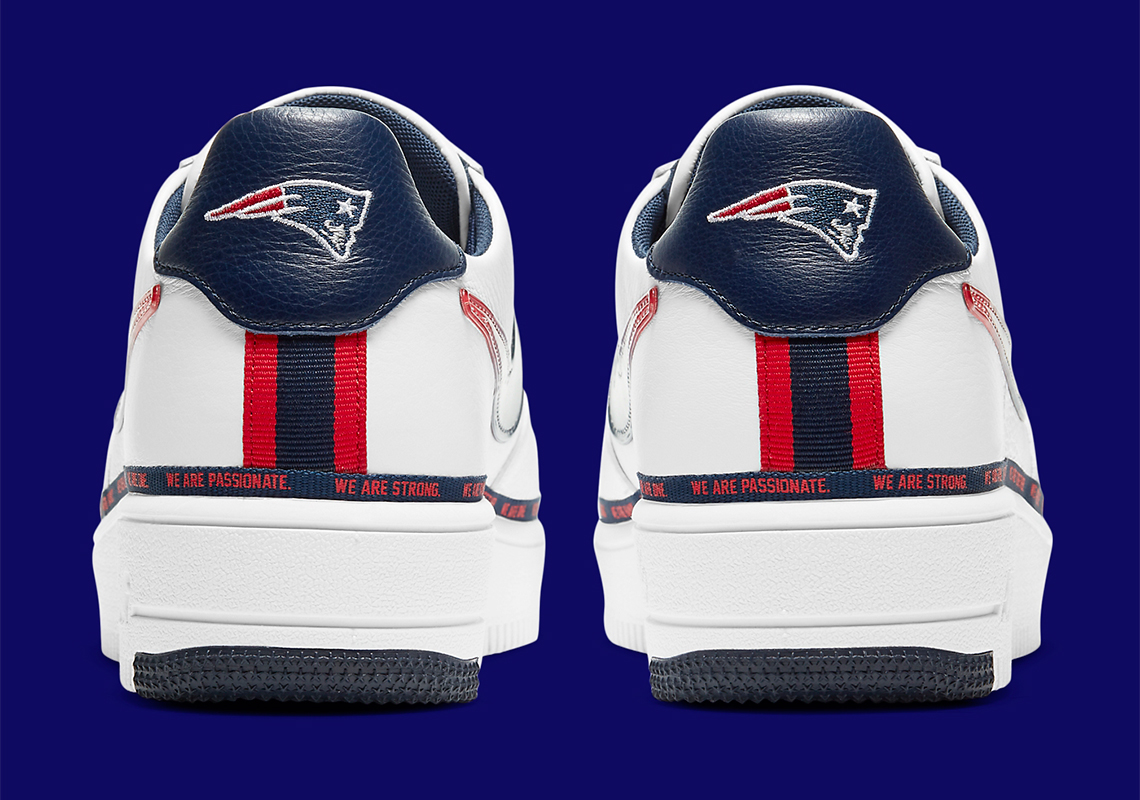 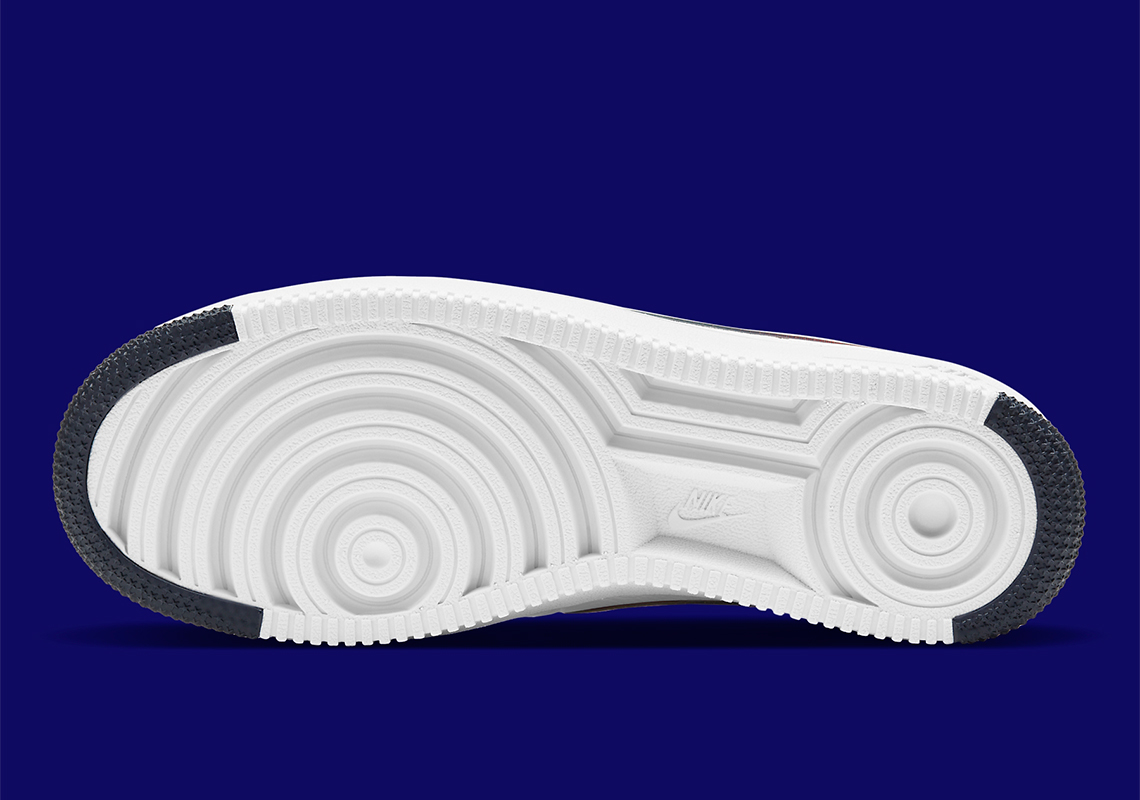 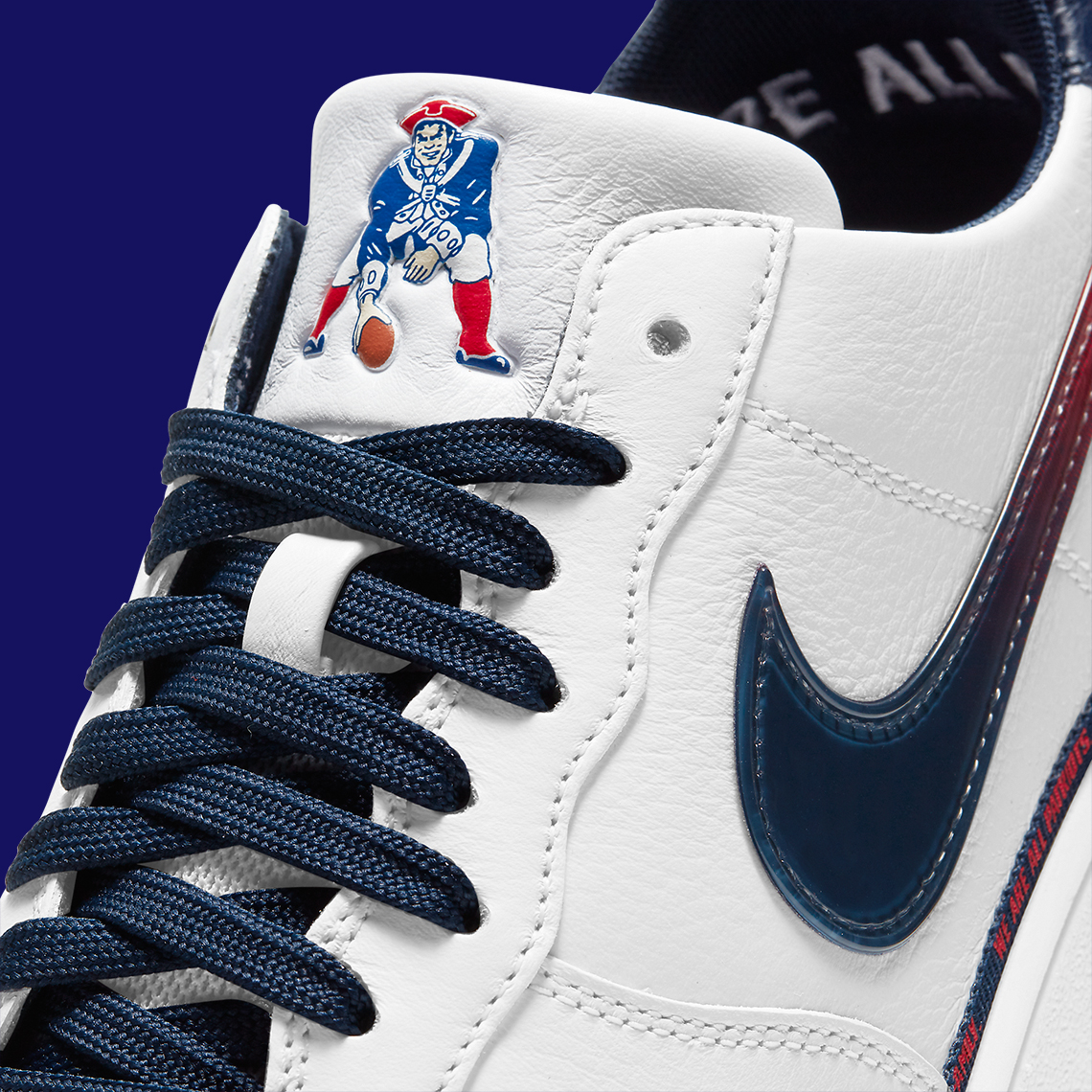 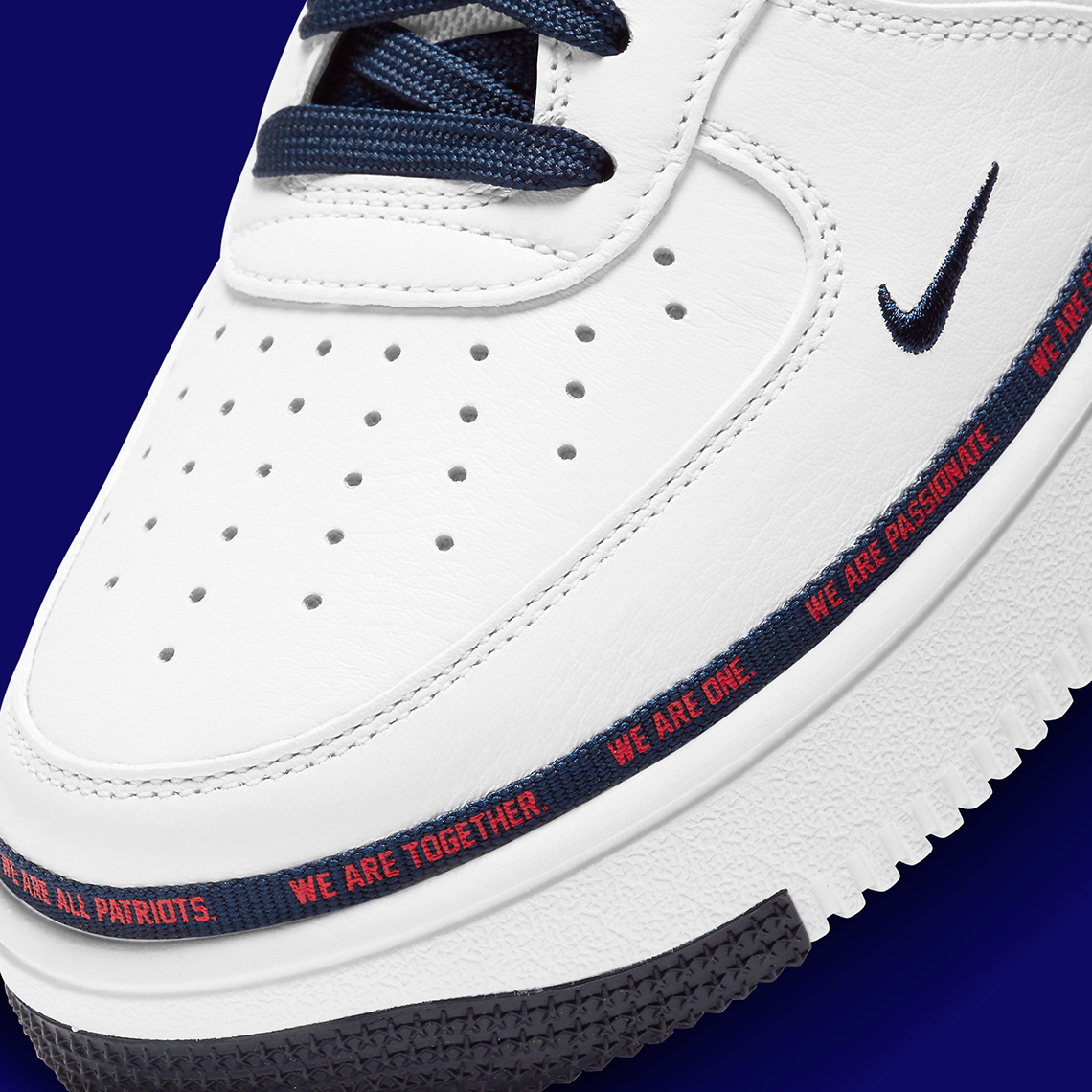 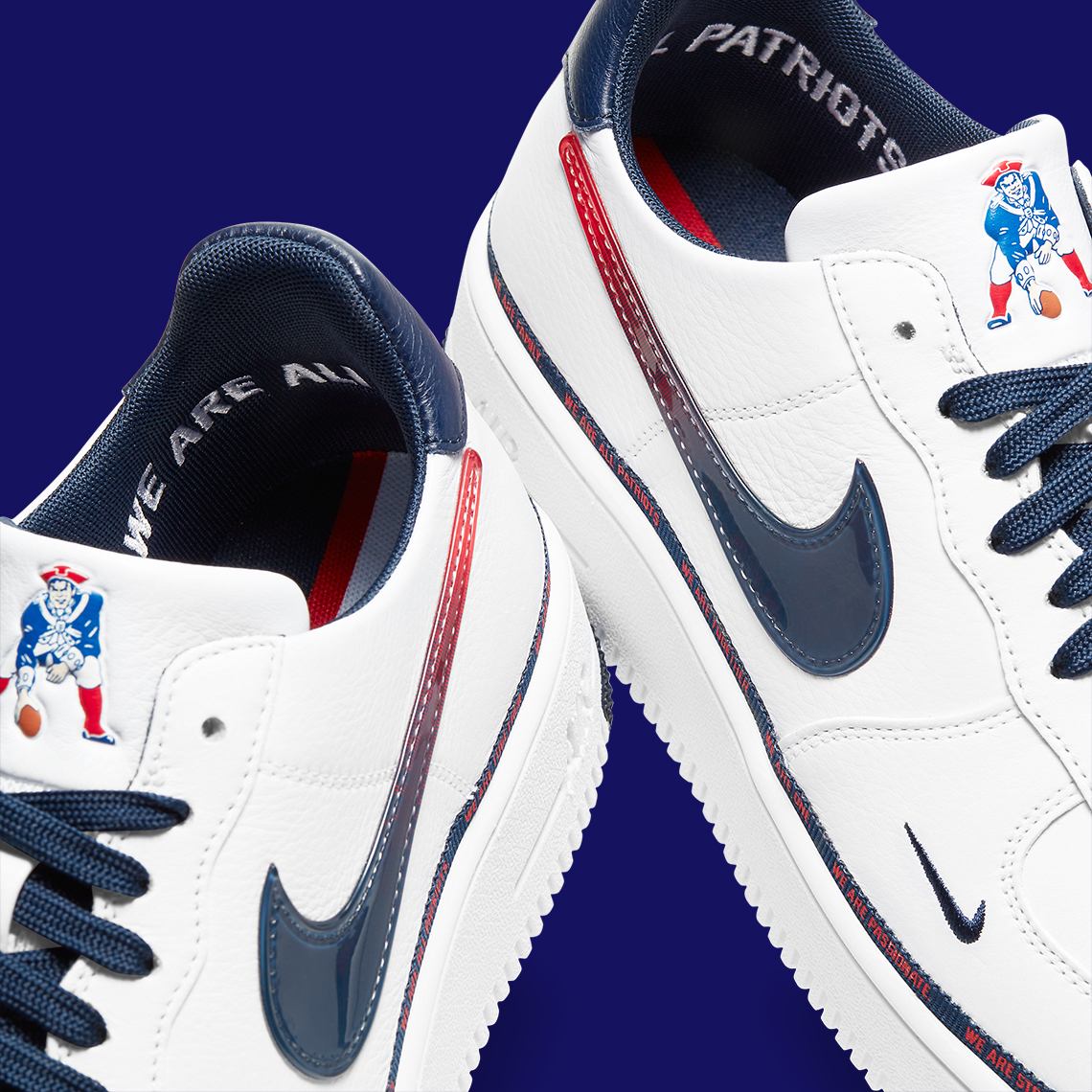 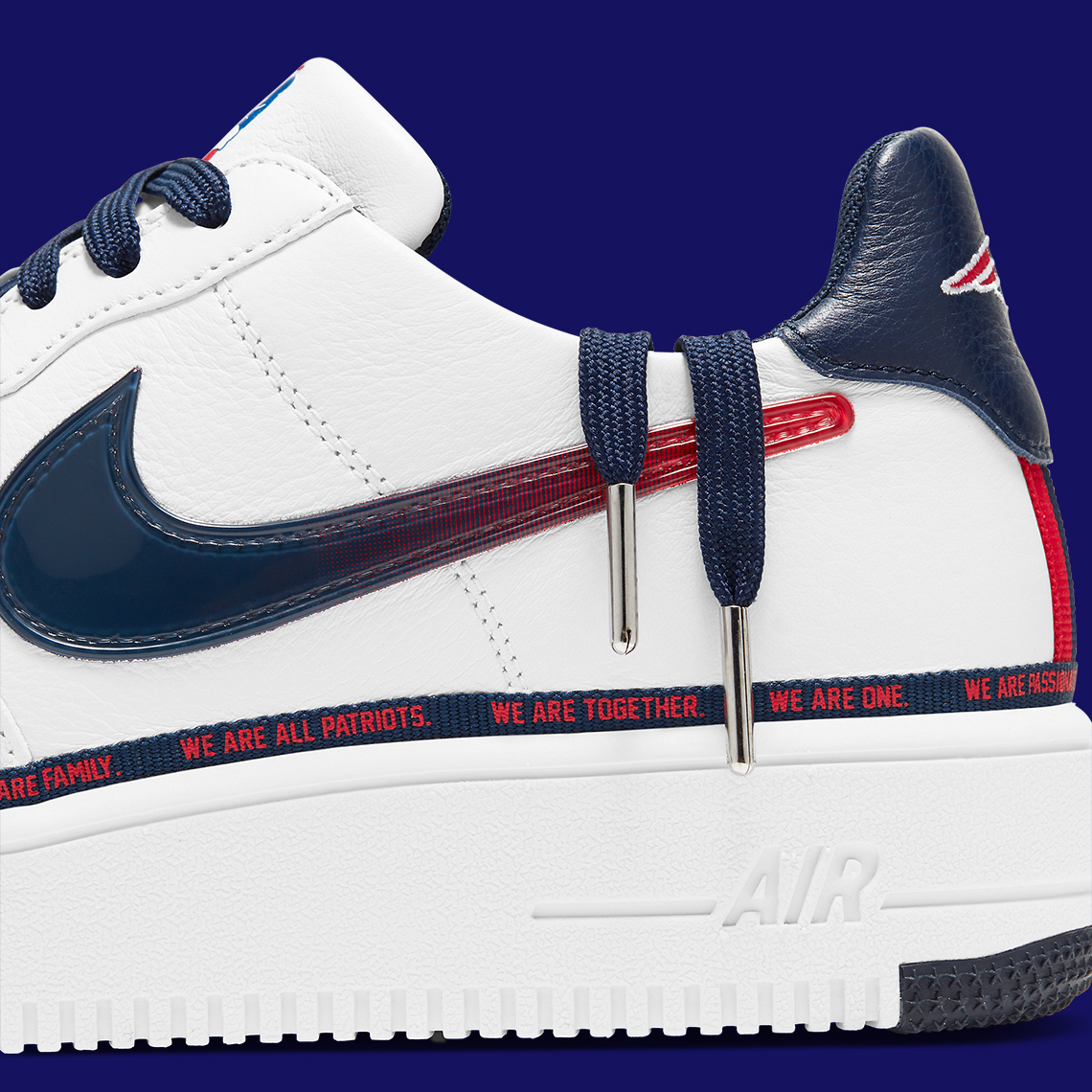 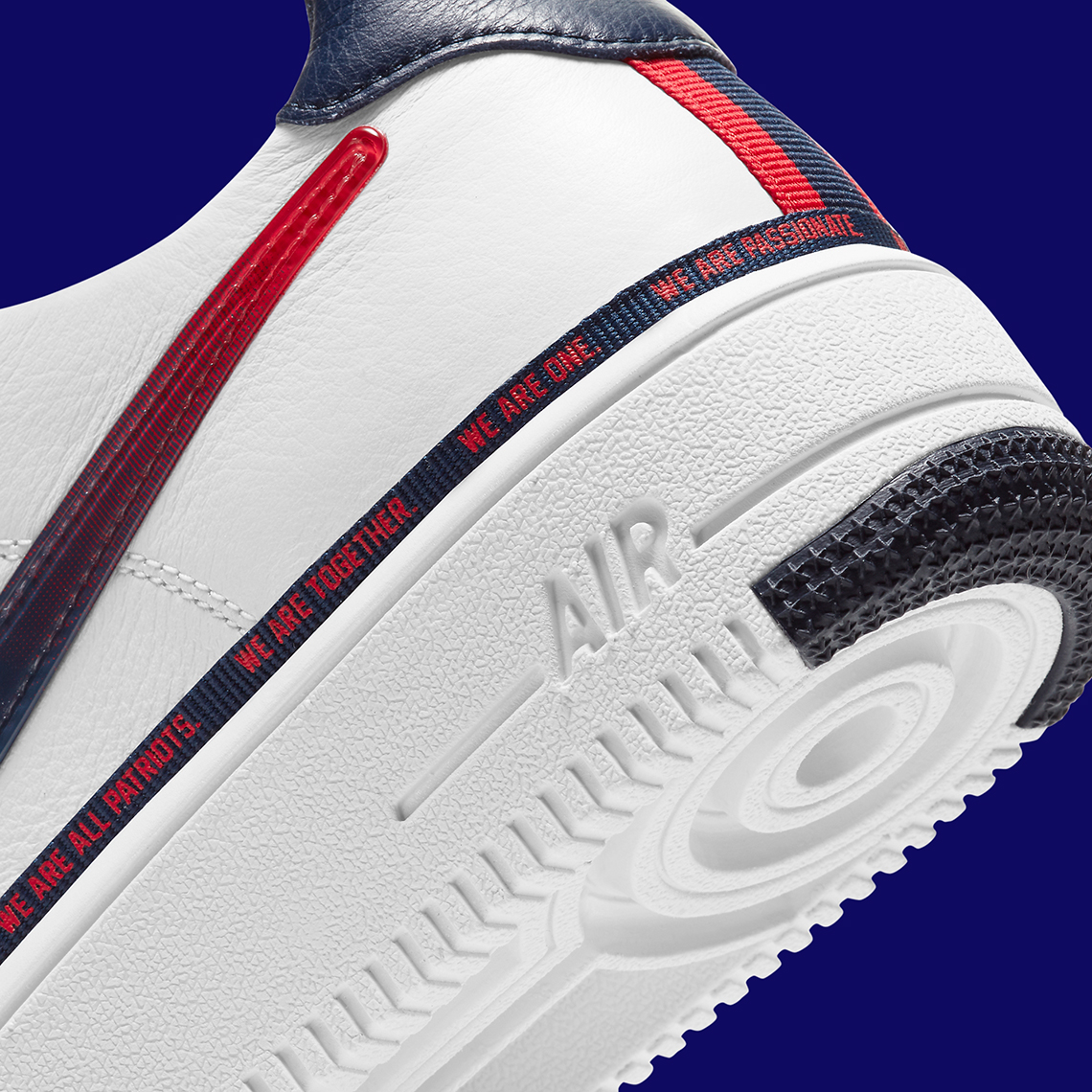 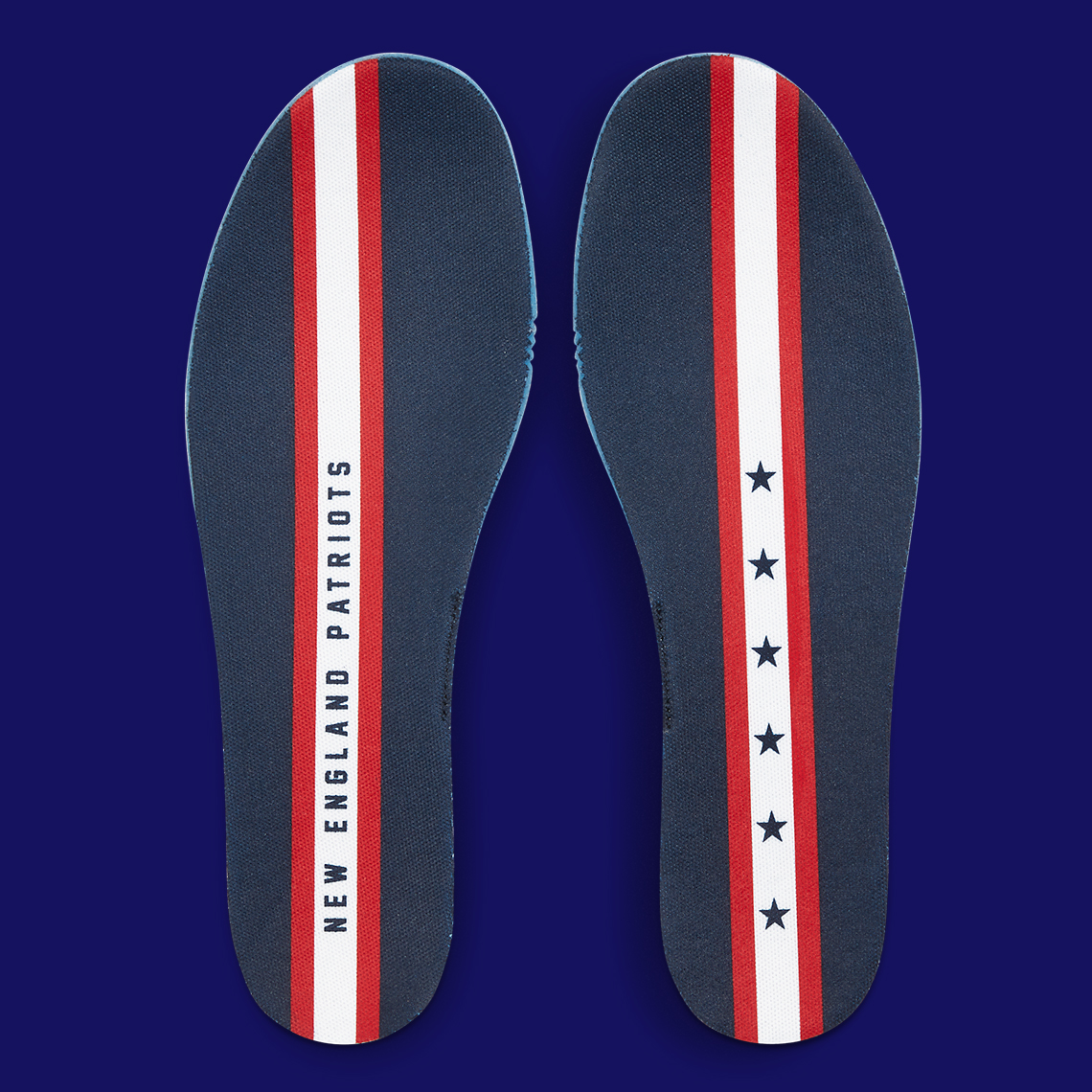