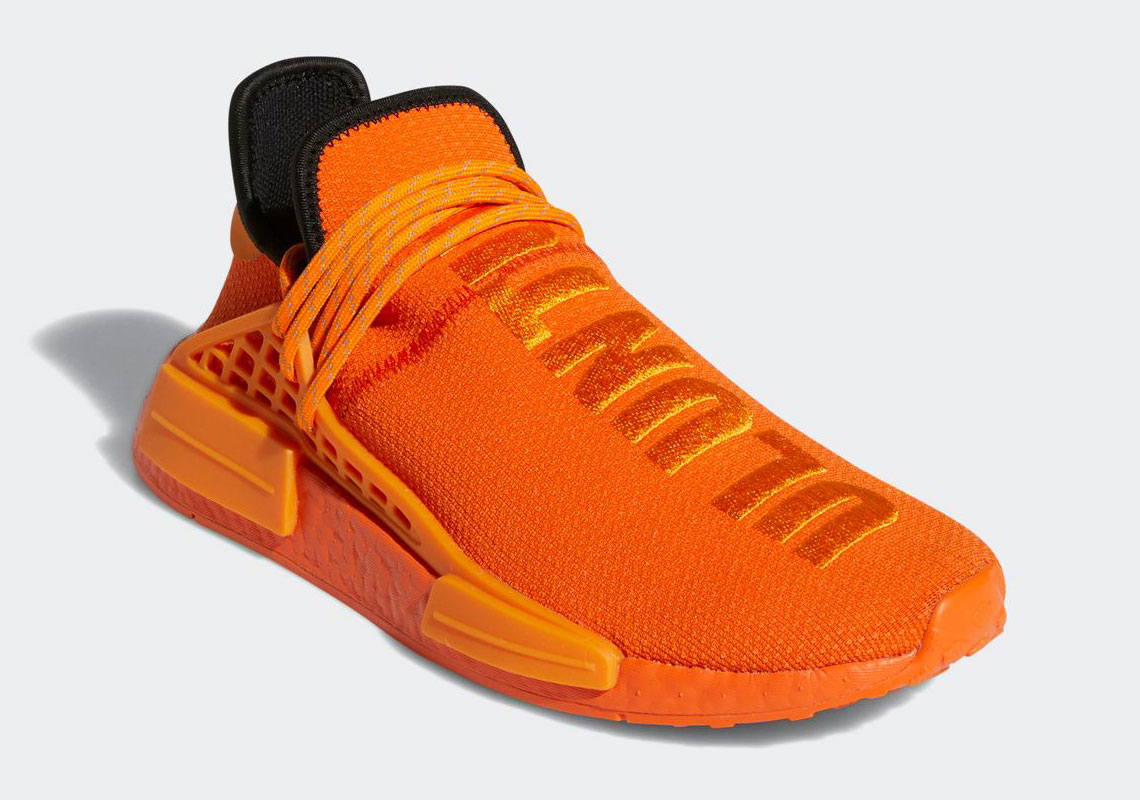 Released and unveiled in multiple colorways these past few months alone, the Pharrell x adidas NMD Hu shows no signs of slowing down. And even after its recent three part reveal, the silhouette still has more to officially show, specifically the bright orange alternate to the aqua-colored “ULUNTU” that further surfaced earlier in the week.

Near identical in every way except color, the pair features most of the same details down to the construction and color blocking. Knit uppers are simply switched for the saturated warm tone, paired up with slightly lighter profile cages and rope laces. The Boost sticks dark to better complement, while the lining opts to contrast as it dresses entirely in black. Moreover, the “ULUNTU” text adds subtle distinction as, instead of the white threads, weaves into the toe box in a somewhat camouflaged fashion.

Grab a detailed look at these right here and stay tuned to the official release on November 21st.

In other news, The OG Grey Ultra Boost is on its way back. 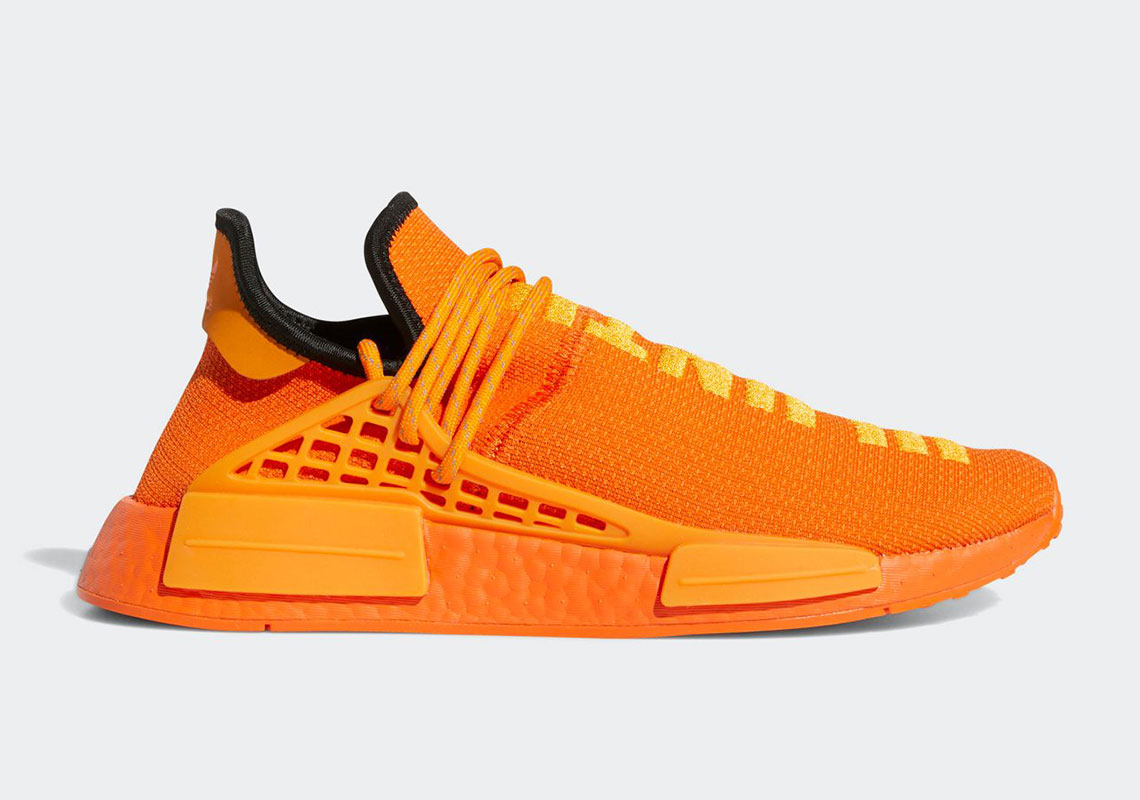 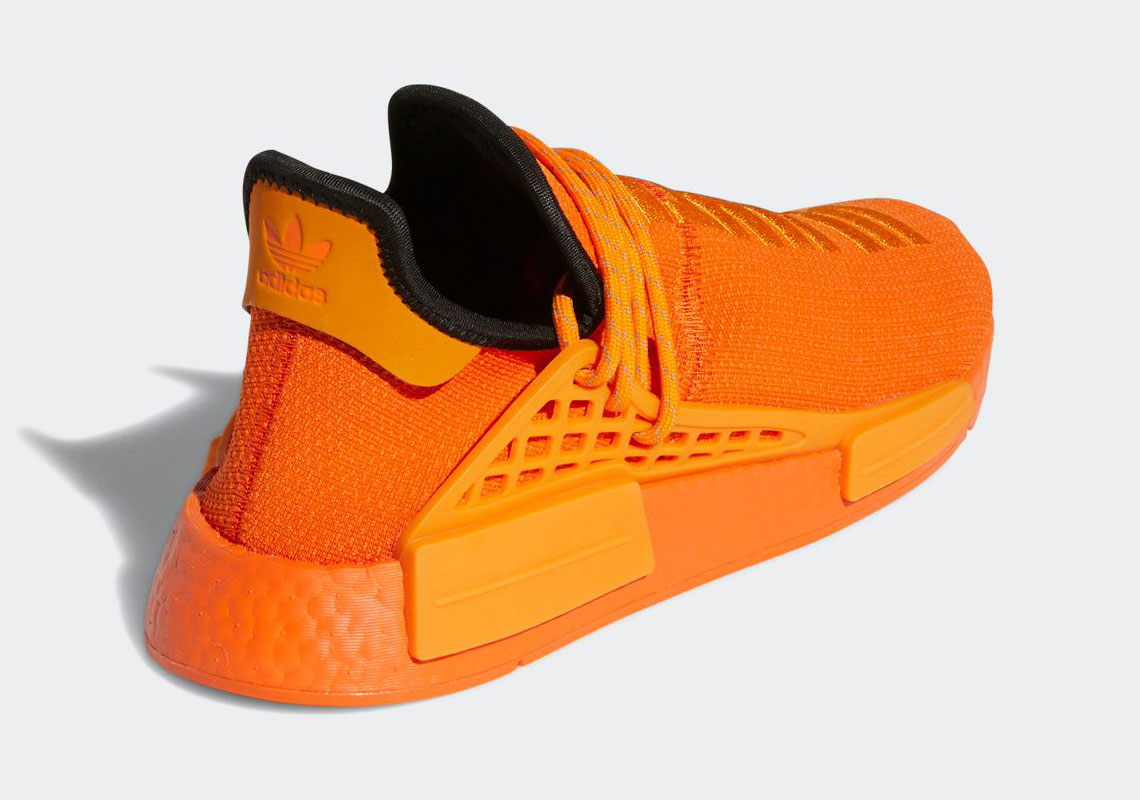 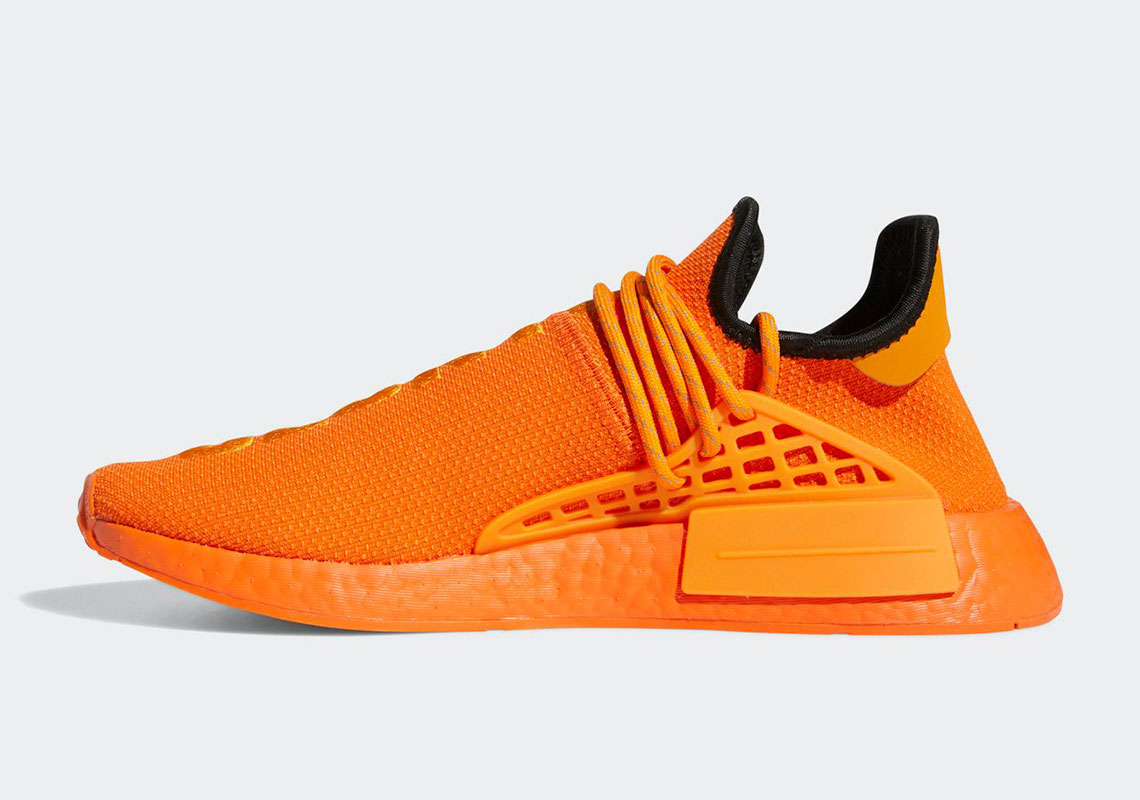 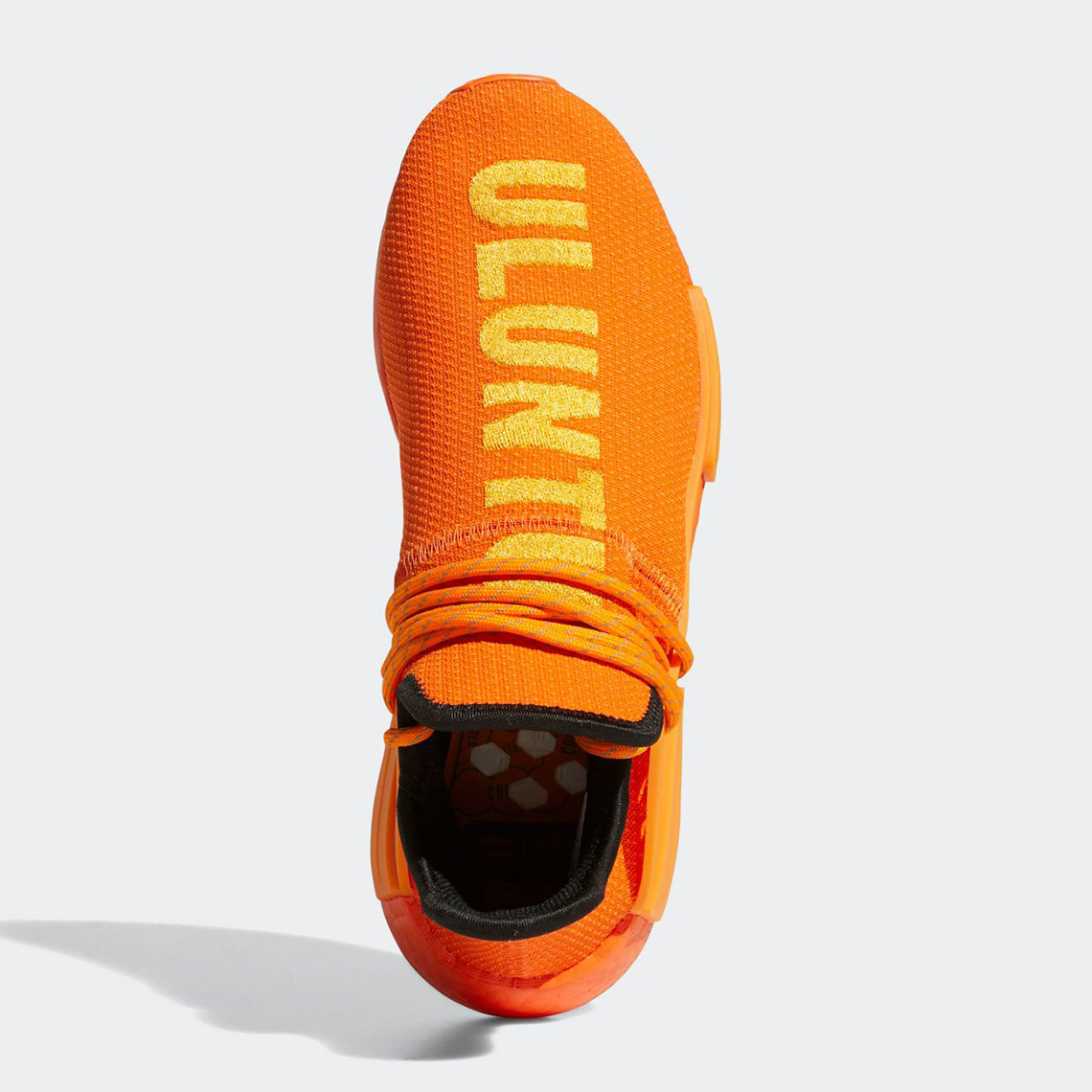 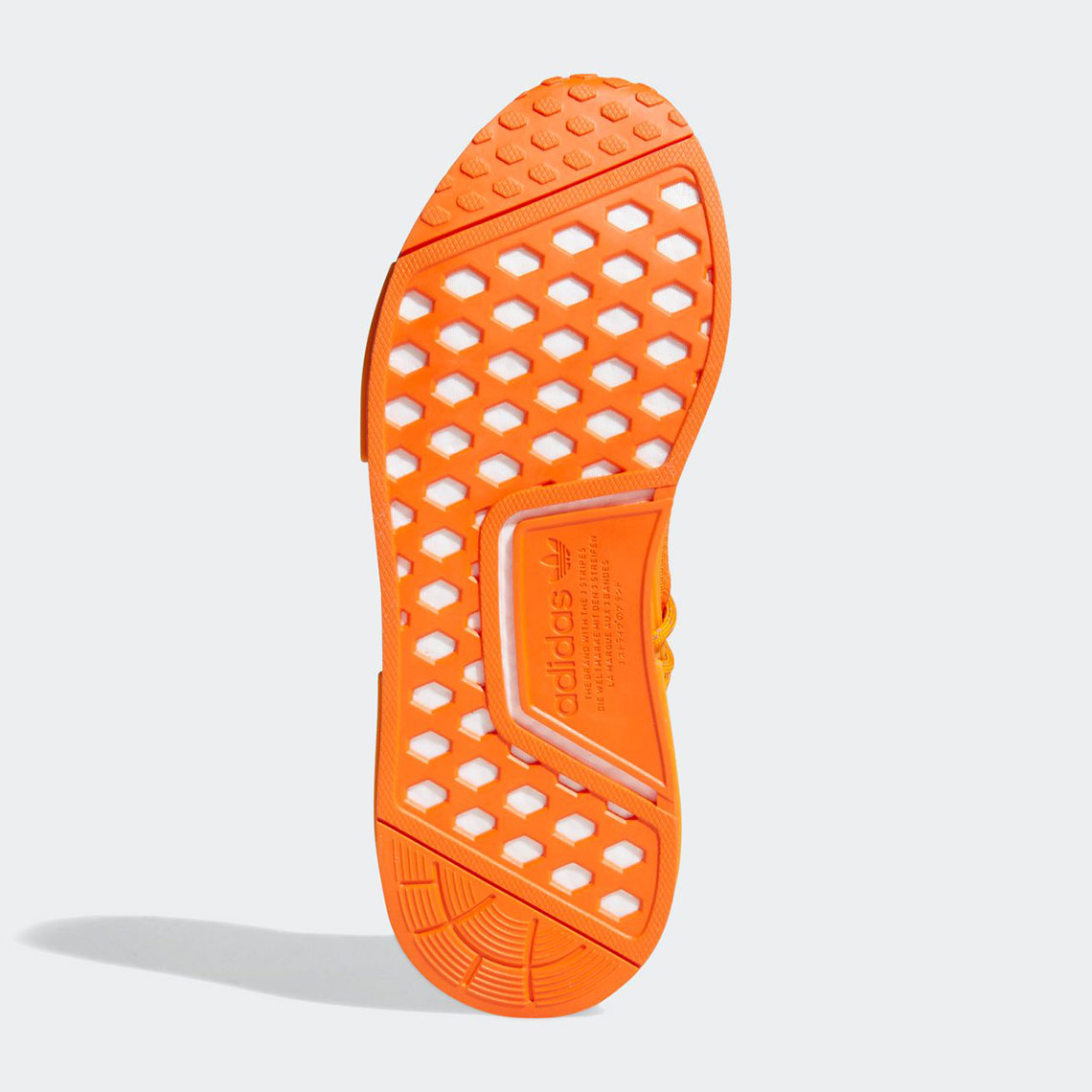 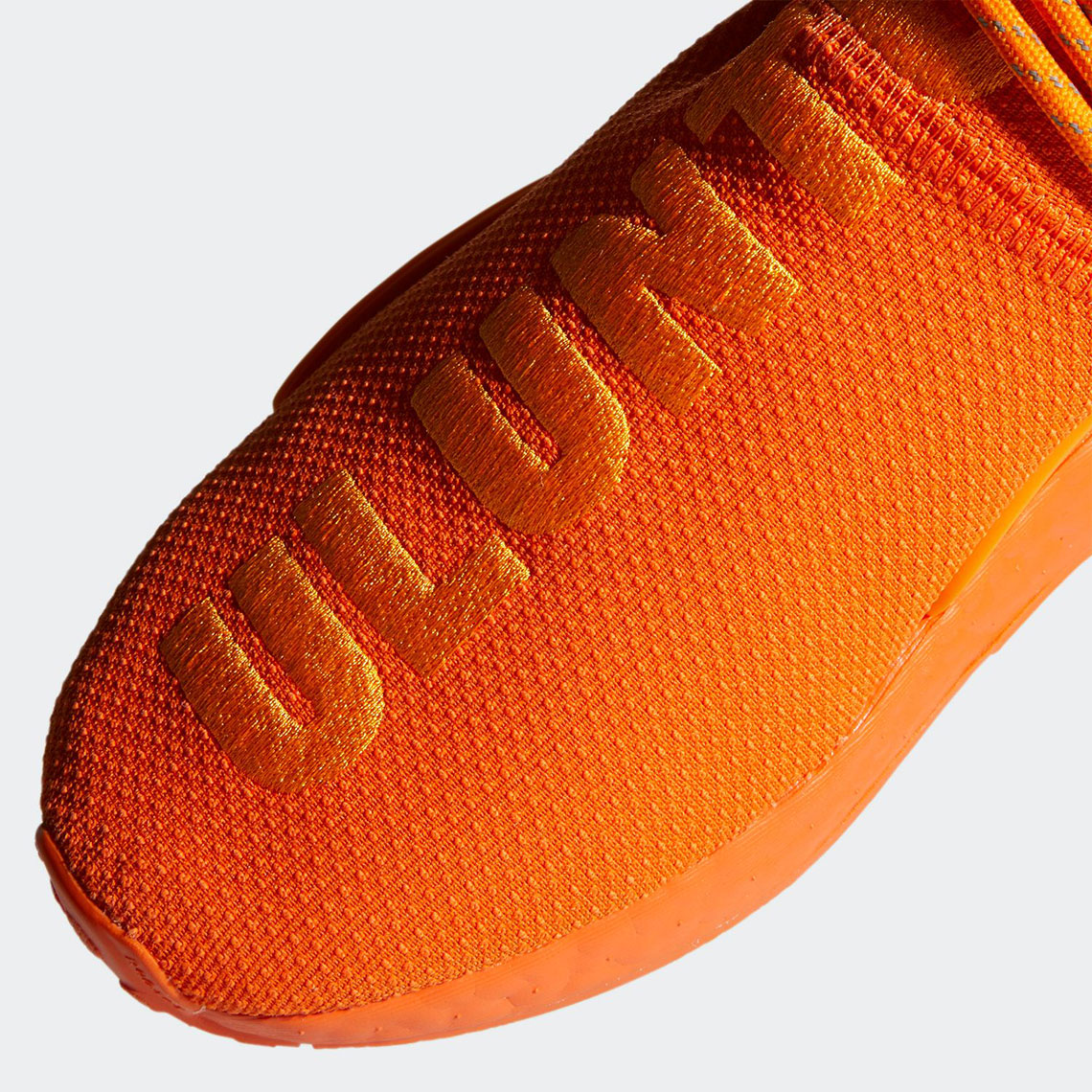 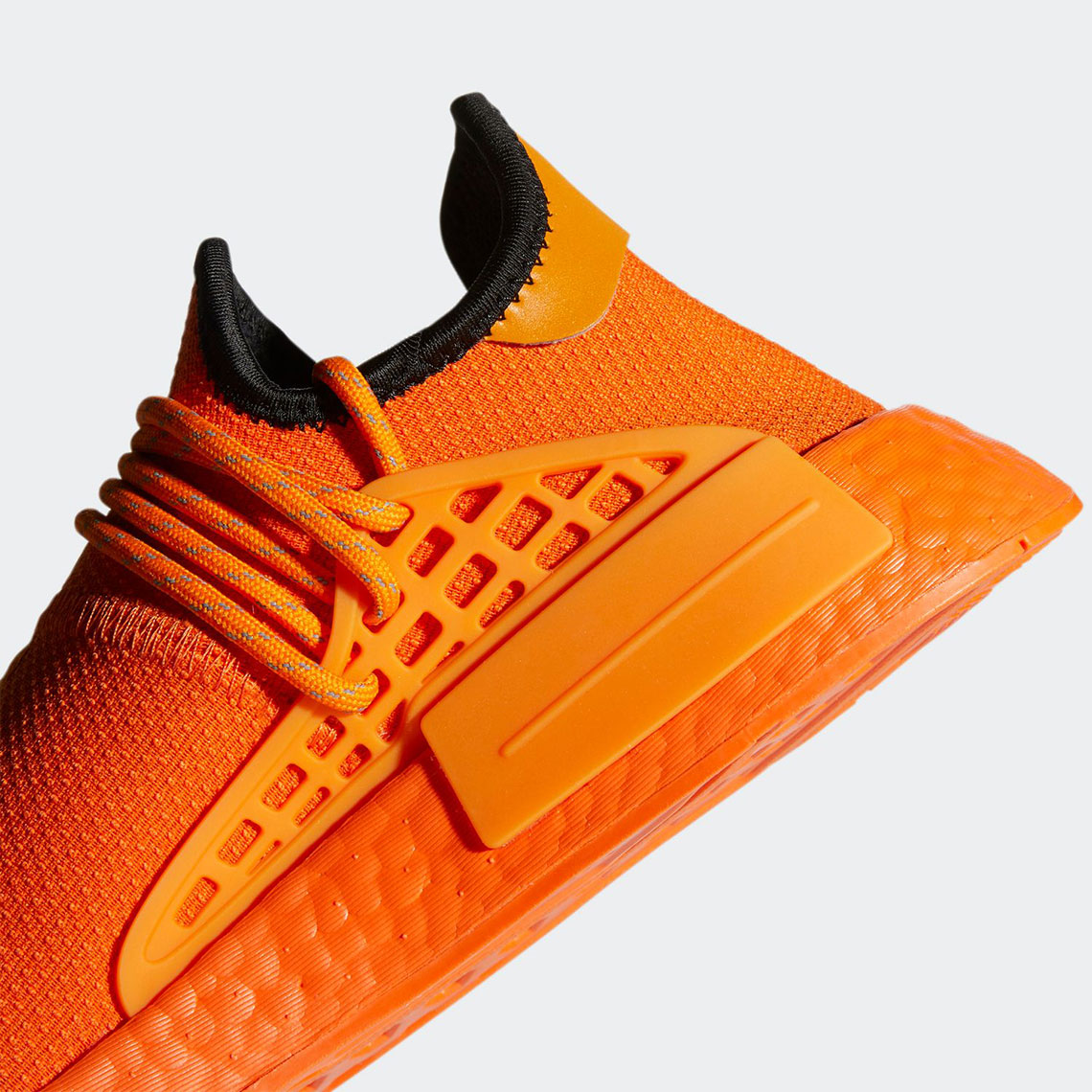