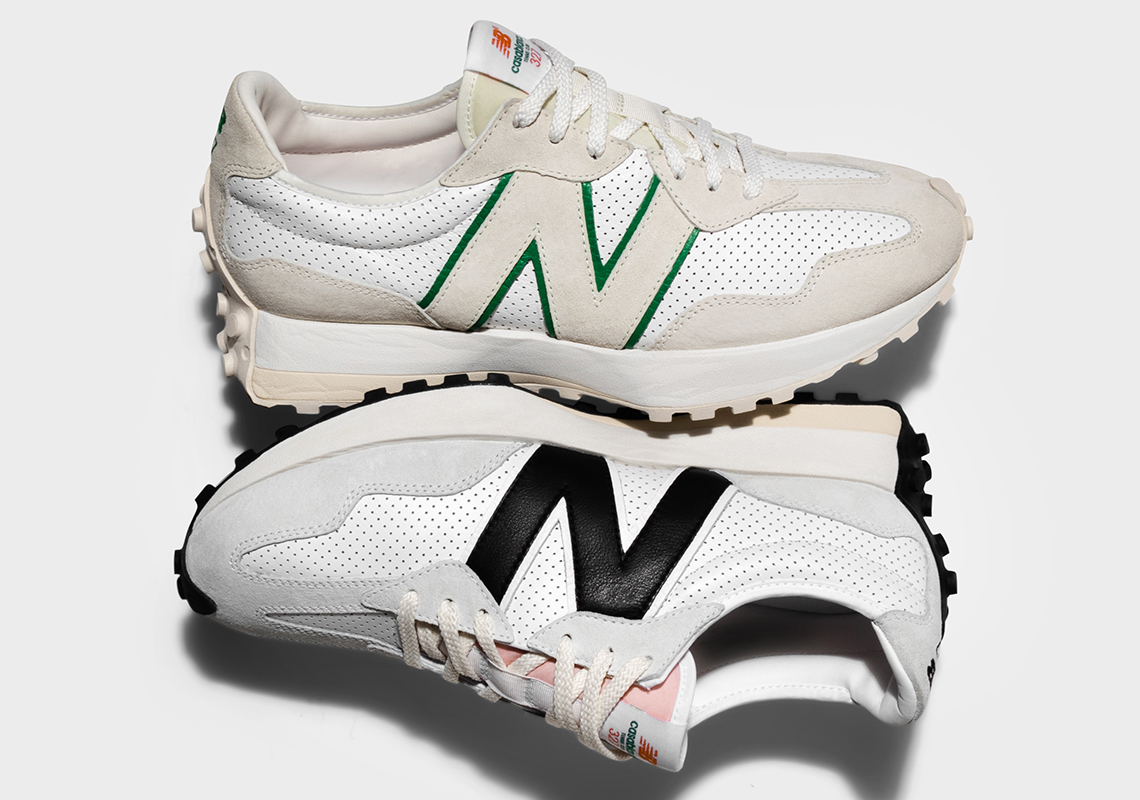 With their second collaborative capsule, Casablanca and New Balance have opted for a more visually subdued undertaking. Their upcoming 327s, which stand on ends opposite to their initial orange and green Spring collection, will arrive later this November in both a White/Black and White/Green variation.

Alongside the simplicity comes premium construction, the shoe entirely wrapped in a robust suede all throughout. These panels, which layer over a frame of white perforated leathers, dress to either a light grey or cream palette, the latter bearing its vintage influence more forthright as it then pairs matching treads, tongues, and “N” logos adjacent. Its complement, which is by and large more neutral (and thus more versatile), chooses to finish its bottom and branding in black, while the tongue finishes with a small pop of pink.

Grab a detailed look at both options below and expect a release to arrive at select retailers as well as NewBalance.com on November 20th.

In other news, the Jordan Spring 2021 preview has kicked off with standouts like the returning Air Jordan 5 Stealth. 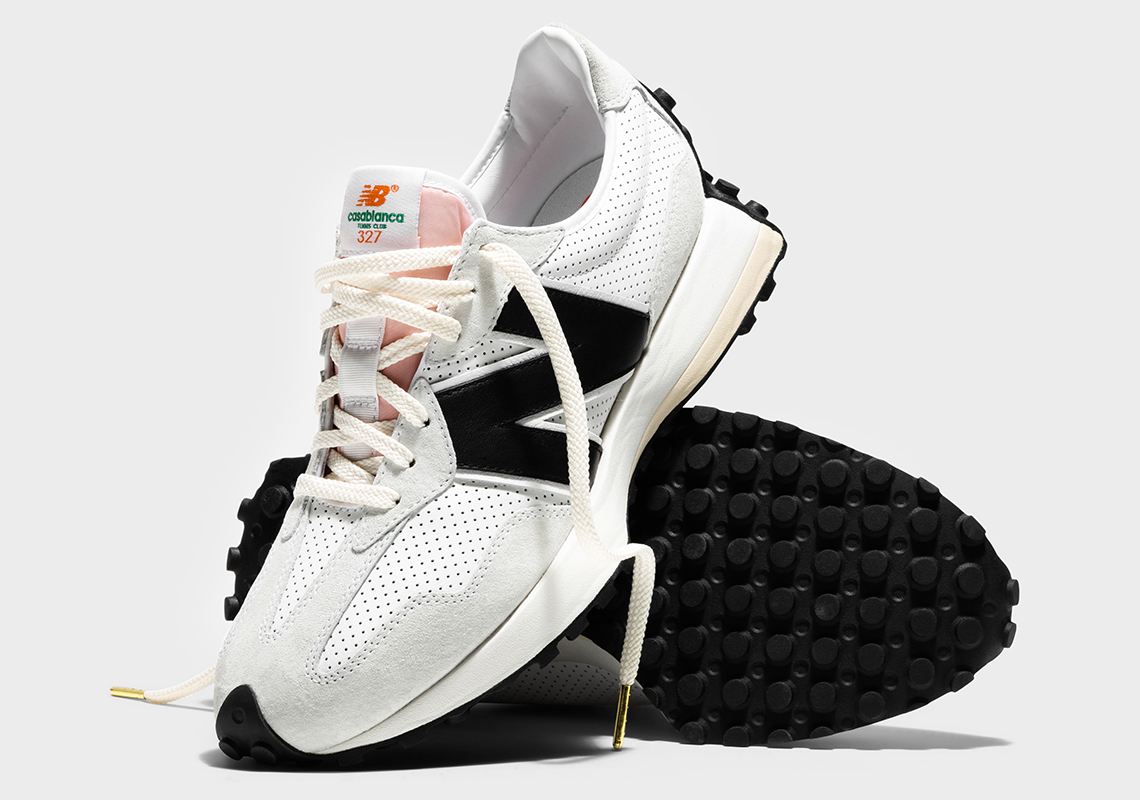 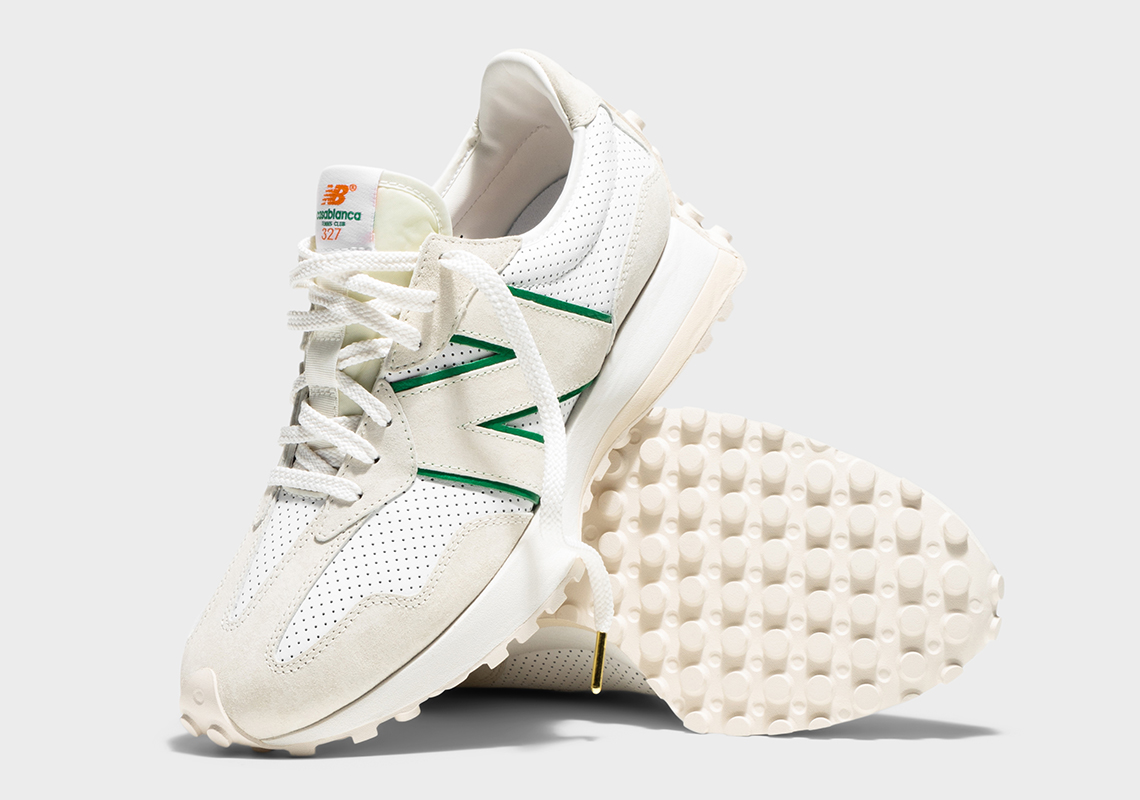 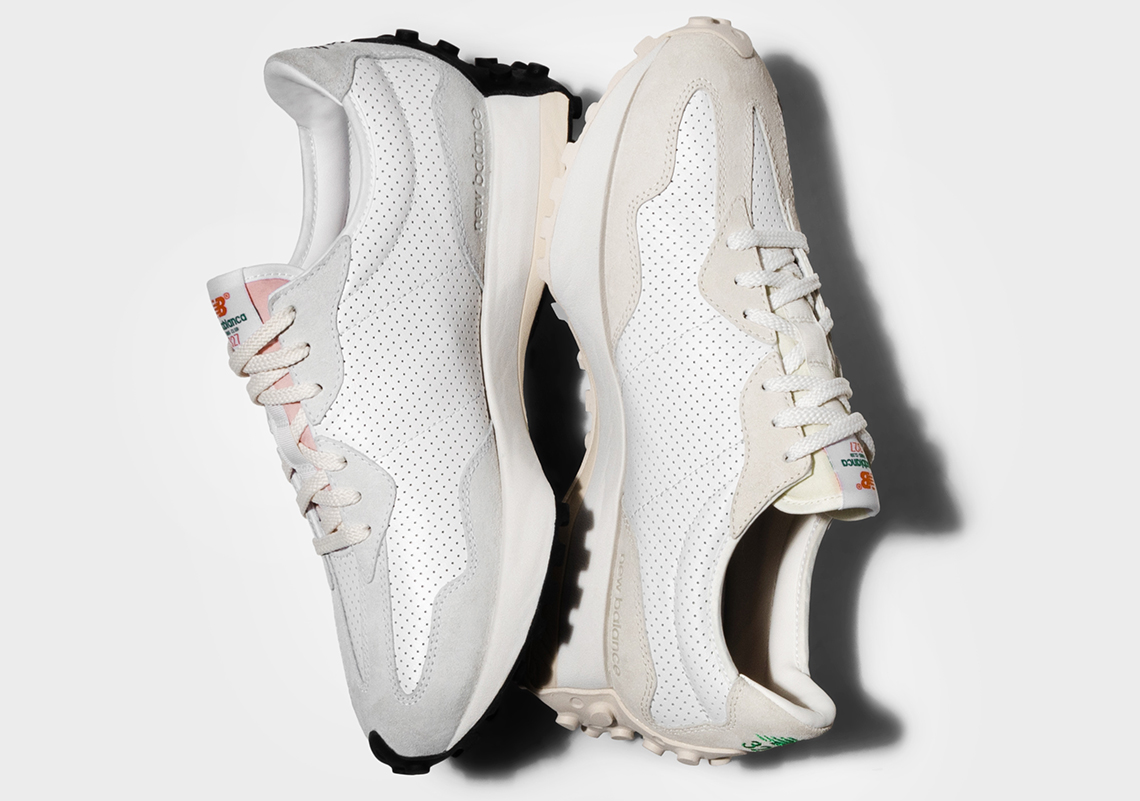 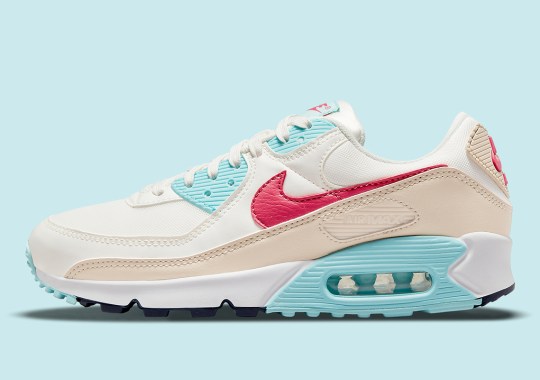