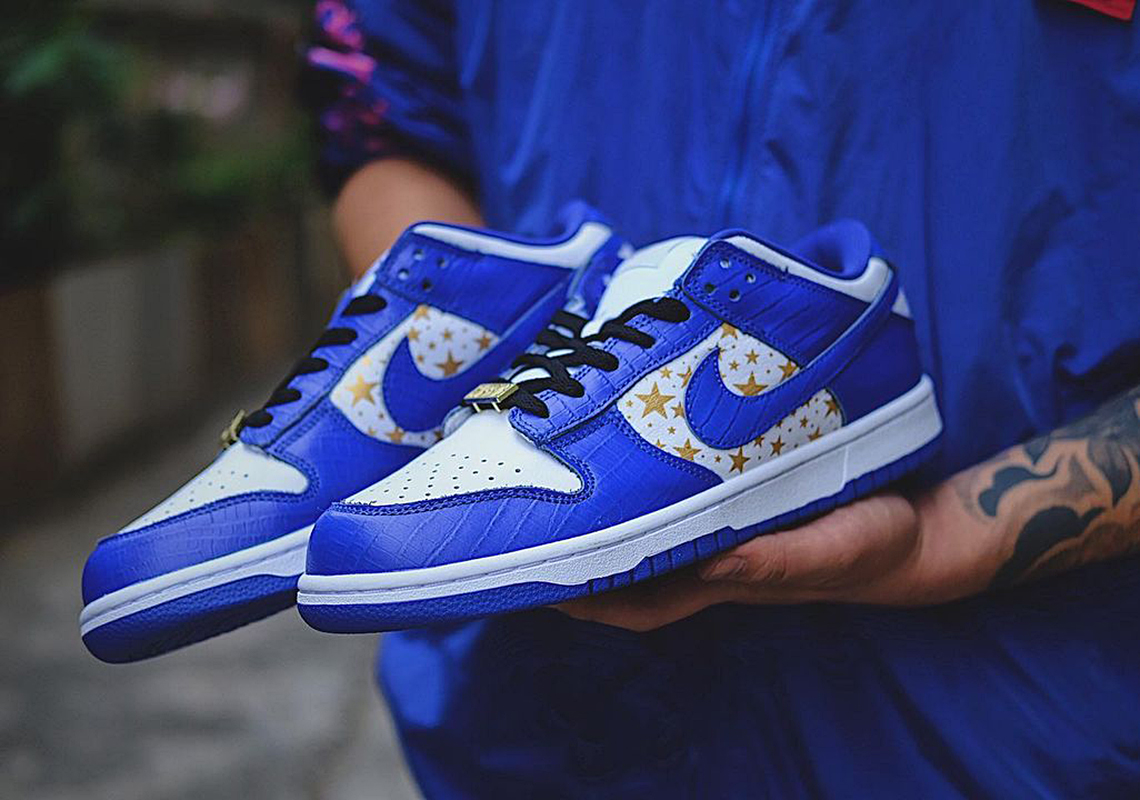 Since being bought out by VF Corp, Supreme has been under quite a bit of fire, many longtime fans expecting a decline in collaborative freedom. But with further teases of an SB Dunk Low — property far outside the VF portfolio — it’s clear that is not the case.

With the Dunk’s release inching closer by the day, the “Hyper Royal” colorway has been further revealed, its details, aside from a color, resembling that of past fan favorites. Along the mid-panel, gilded stars cover in sizes big and small, harking to the beloved Dunk Highs from way back in 2003. Over top, leathers coat in the titular shade and feature a luxurious crocodile texture from the toe cap to the Swoosh and heel tab. Branded embroideries then stamp behind along the latter, matching the gold finishing of the “SUPREME” dubrae at the vamp.

Grab a close-up look at the Supreme Dunks here and sit tight for word on their upcoming release.

If adidas is more your interest, official images of the Yeezy Boost 350 v2 Sand Taupe have surfaced. 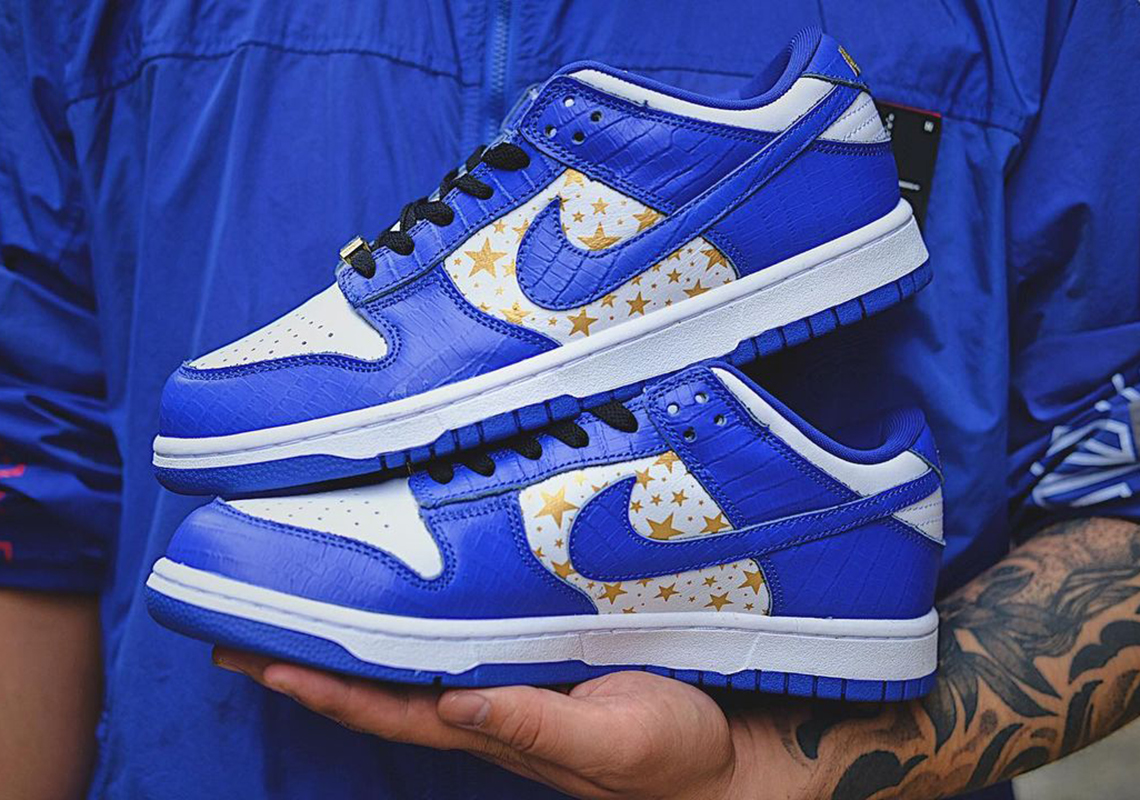 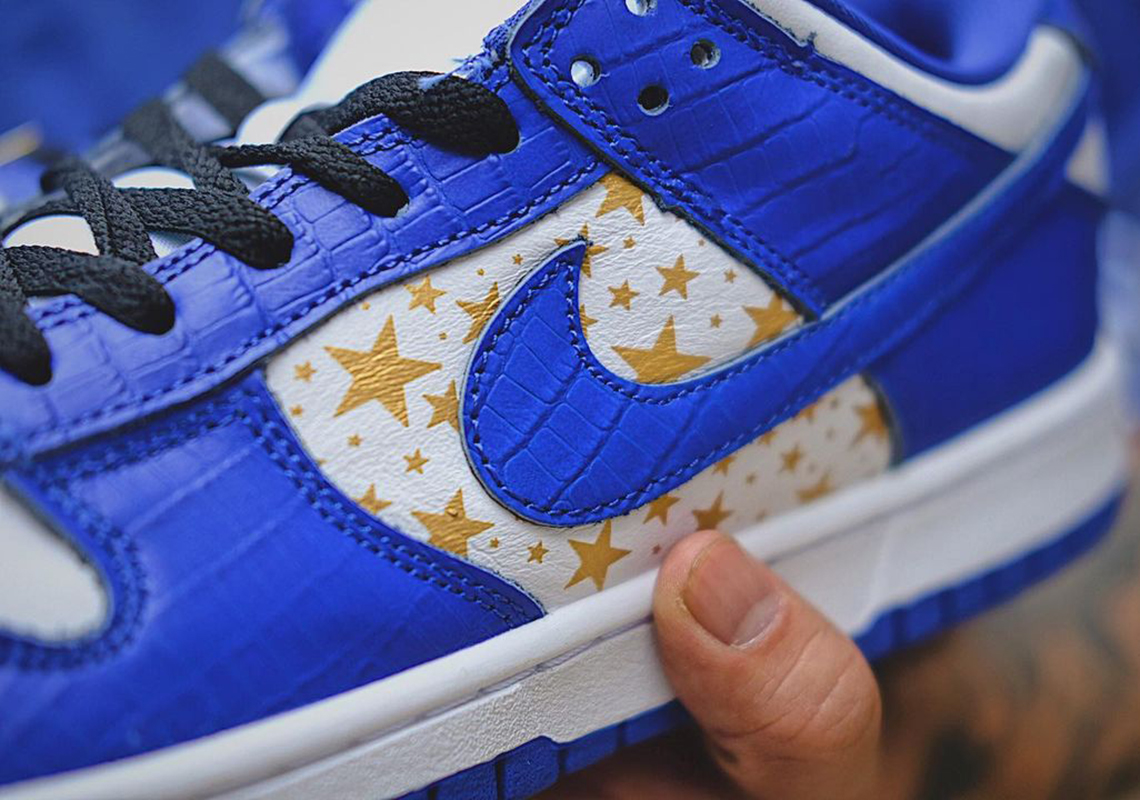 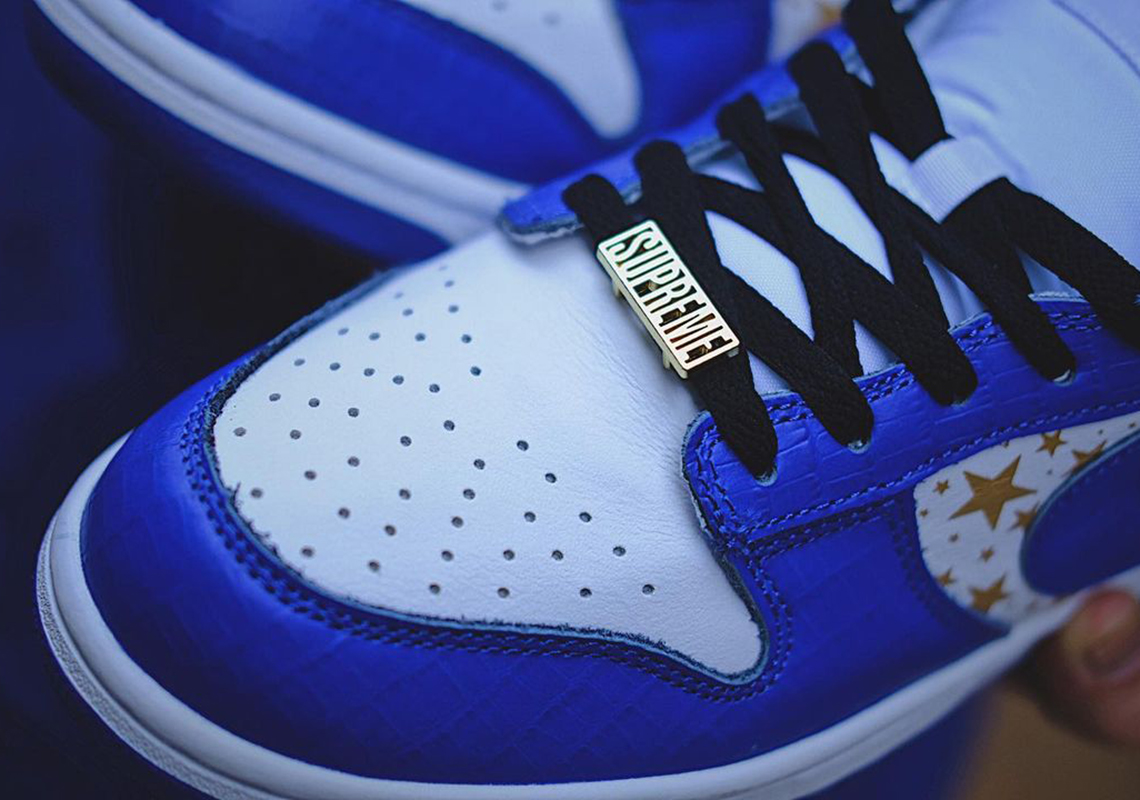 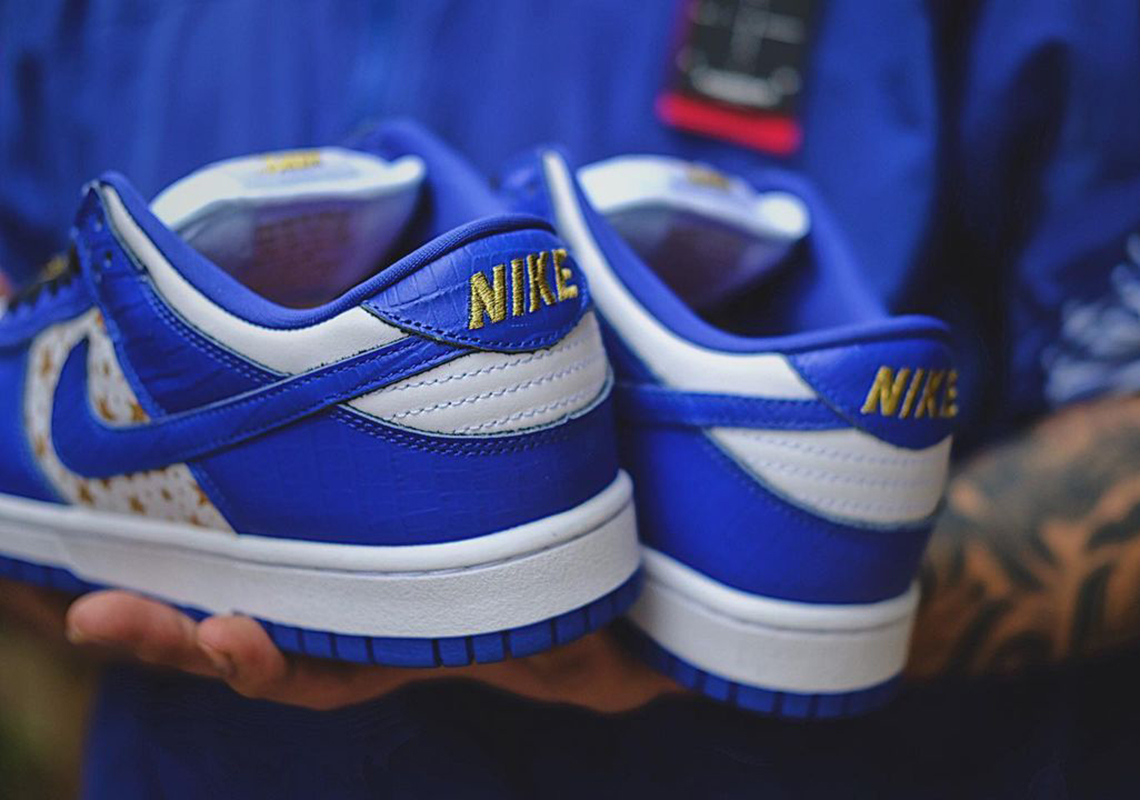