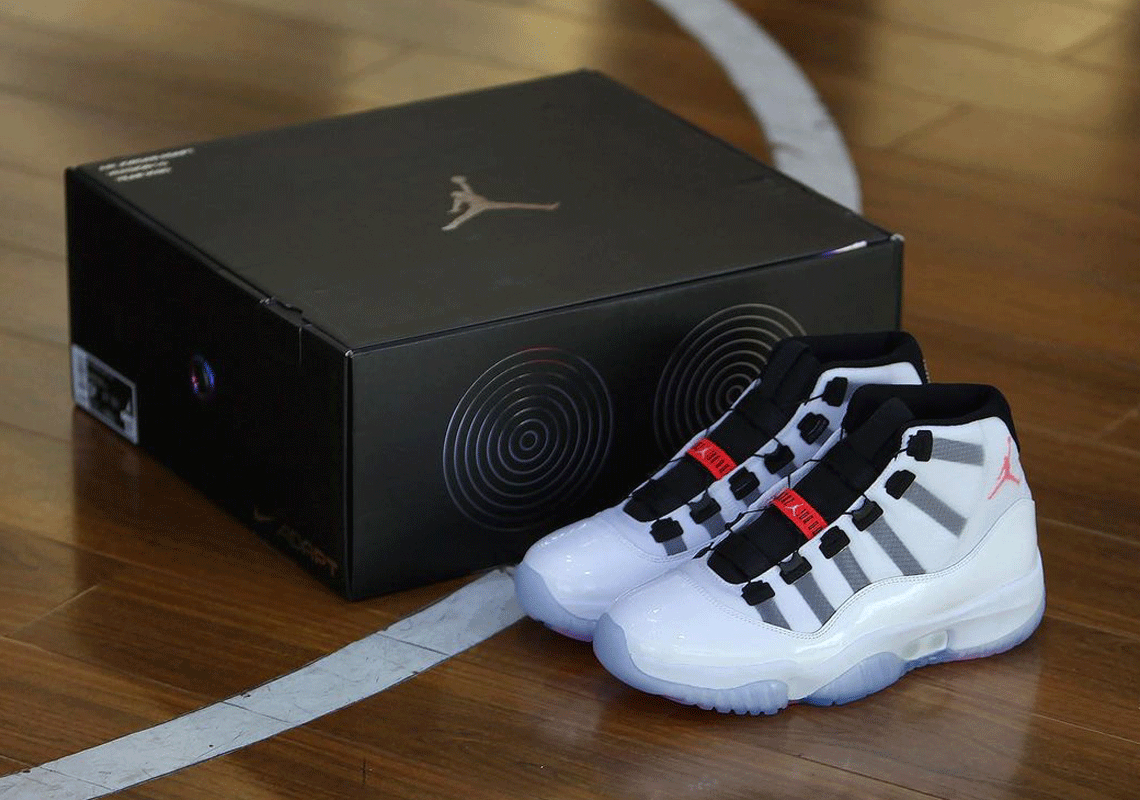 The Air Jordan 11 Adapt nearly broke the Internet when it was revealed in mid November. As it leads up to its December 30th retail debut, the pair is appearing at retailers, which have begun to share detailed images of it.

A predominantly “White” color scheme takes over both the upper and sole unit on the auto-lacing retro. Hits of “Black” and an “Infrared 23”-reminiscent tone, however, deliver stark contrast to the latest proposition in the Nike Adapt family, while nodding to the Air Jordan line’s basketball heritage. And while impressive in its own right, the pair’s color palette plays a secondary role to the auto-lacing mechanism built into the shoe: The upper’s semi-translucent component reveals enclosures for the mechanical lacing system, which is controlled by either an app or the two buttons on the lateral midsole. Charging stations and sneakers arrive in a re-worked box that features metallic silver coil-like graphics and other details.

Enjoy a detailed look at the Jordan 11-variant here below, as you wait for pairs to arrive to Nike SNKRS on December 30th for $500 USD. 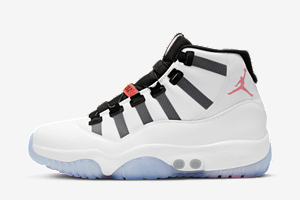 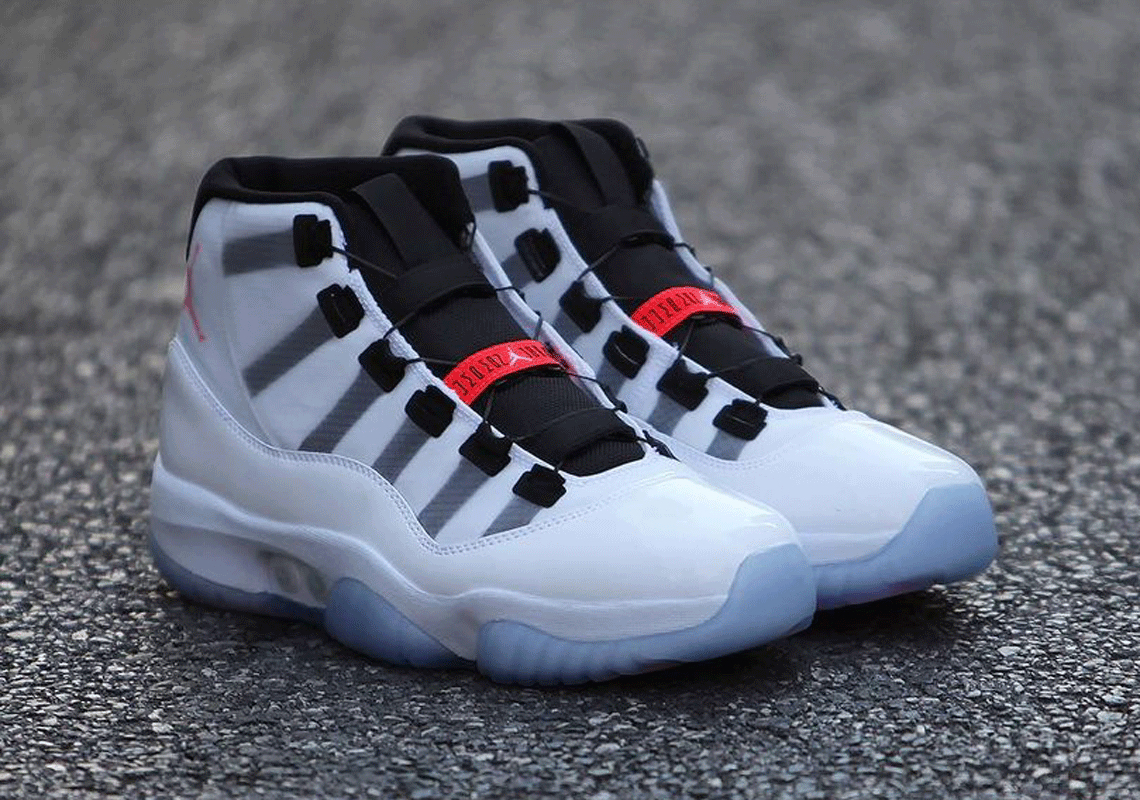 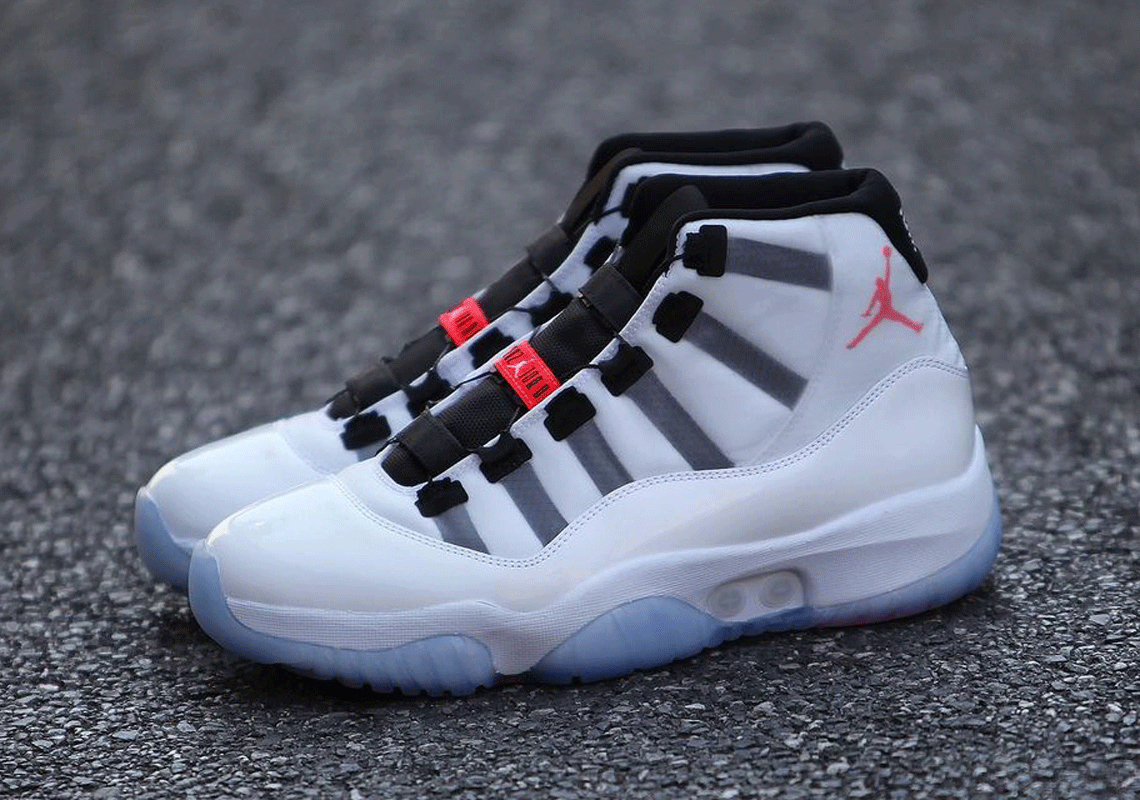 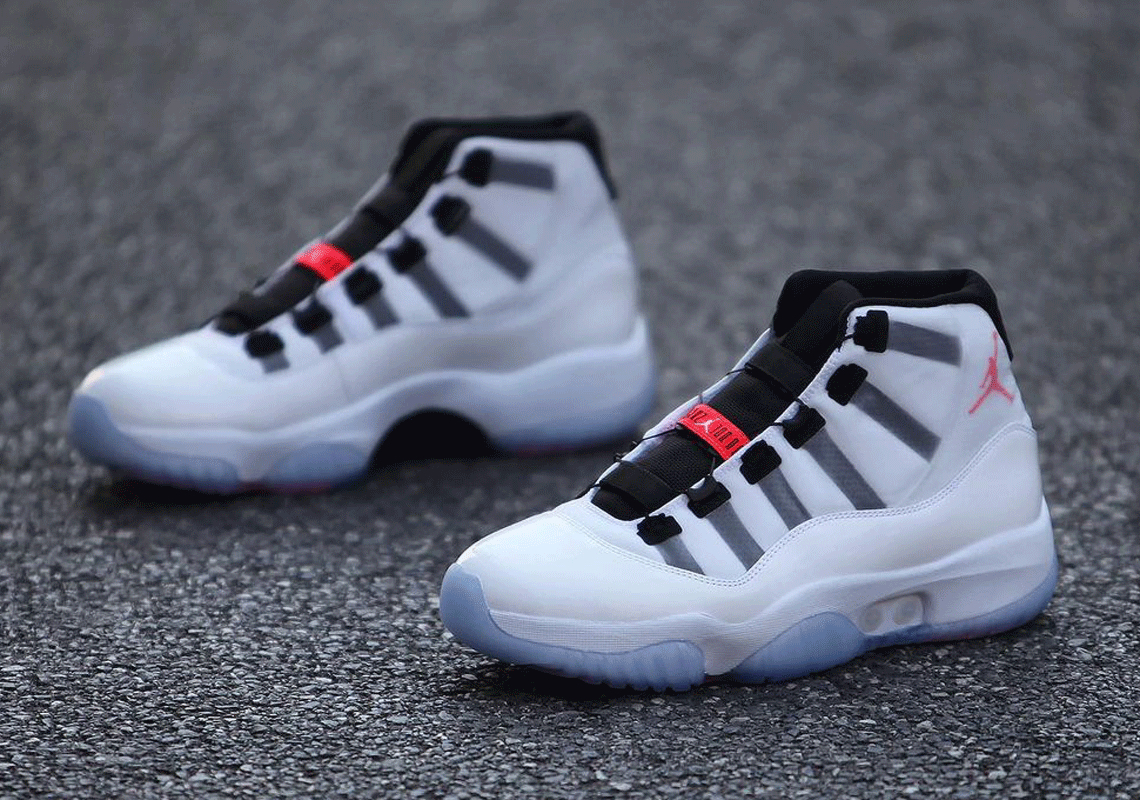 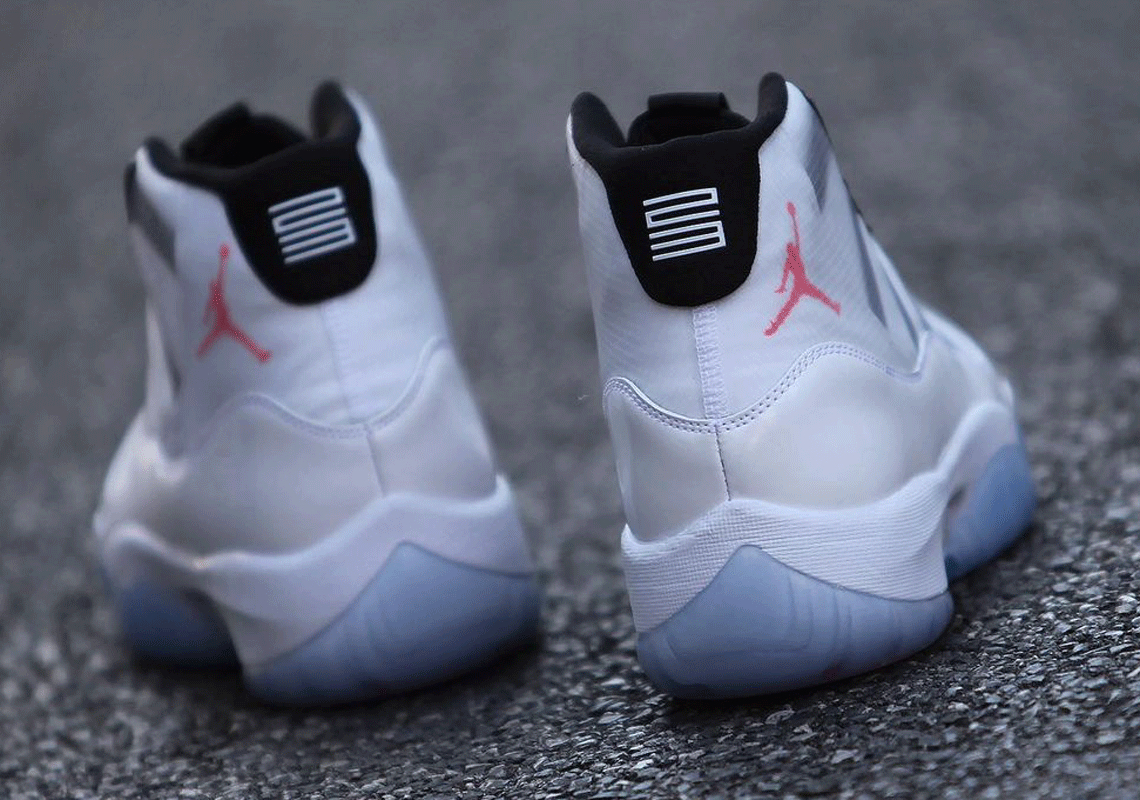 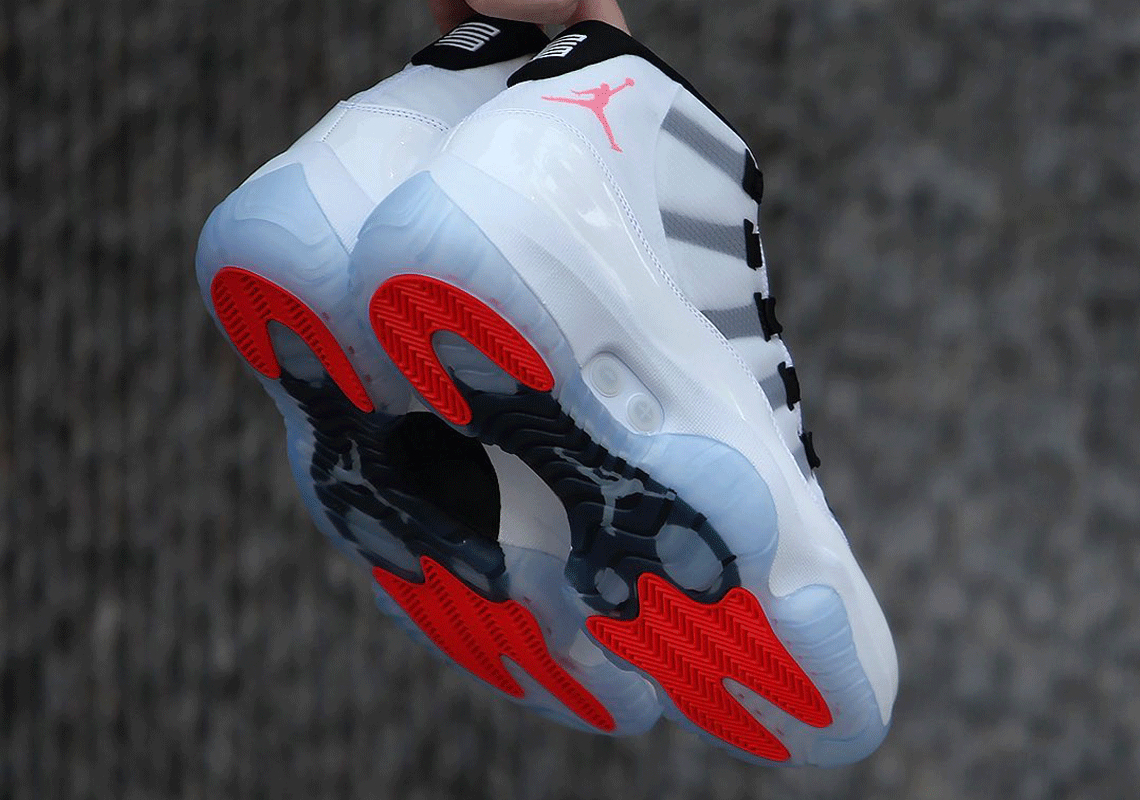 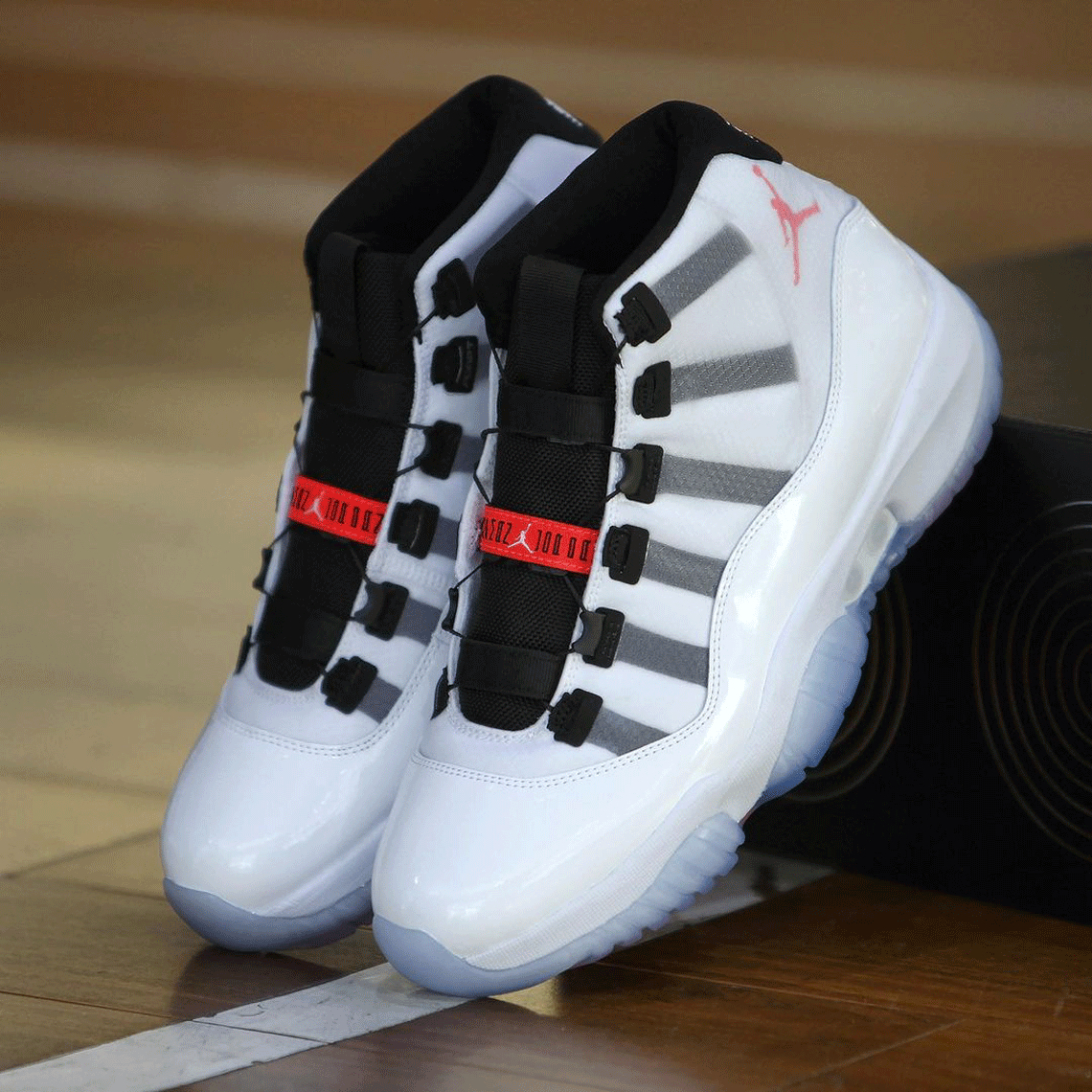