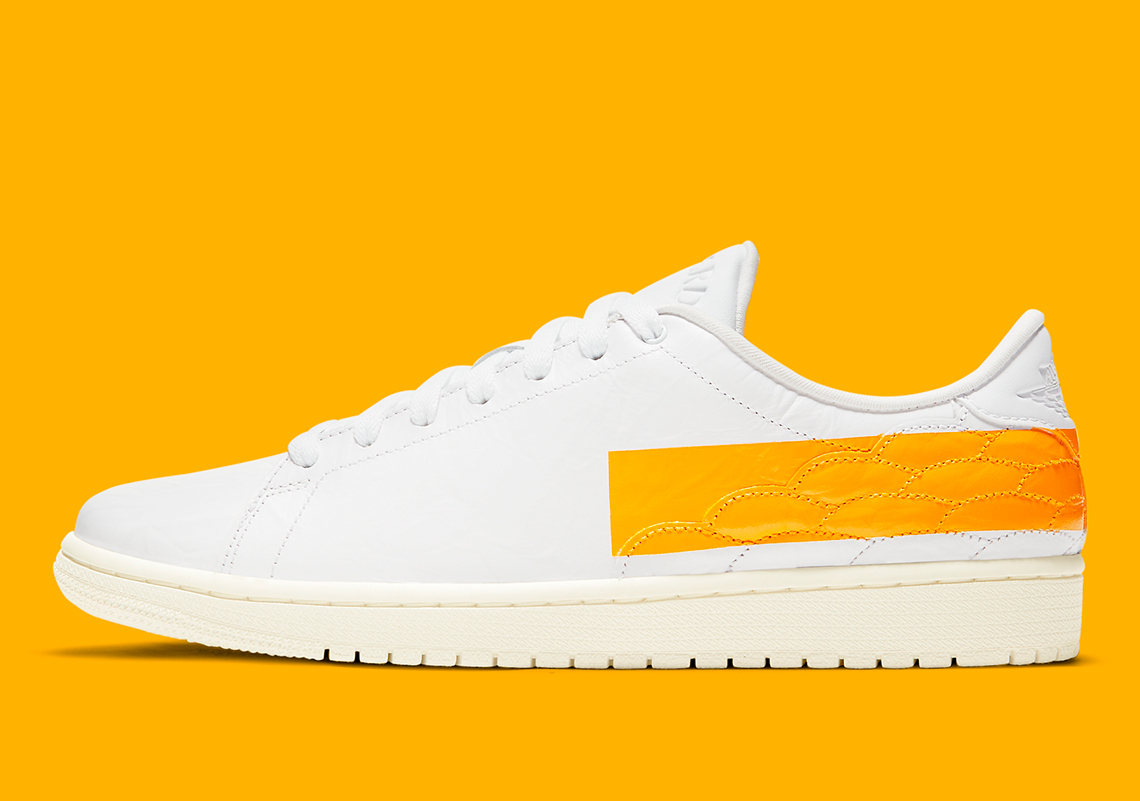 Initially, it was assumed that the Air Jordan 1 Centre Court would re-release only in its original, Triple White colorway. But, as confirmed yesterday, it turns out the silhouette will soon be experimenting with its upper, drawing large stripes right onto the side profile in many a different shade.

First, the scheme appeared red, then a light blue, and now a bold yellow. The embellishment, which is simple and inarguably straightforward, is applied atop the back heel around much of the shoe, its stripe finished relatively clean except for at the heel tab. Elsewhere, the leather construction is understated in its white neutral, with even the stitch and laces conforming to the same shade; branding at the tongue relies on chiseled debossing, the back a similarly-designed set of Wings, and the insole a regular Zoom Air logo.

Grab a close-up look at these here and expect a release to hit Nike.com in the coming months.

In other news, official images of the Air Jordan 11 Low Legend Blue were just revealed. 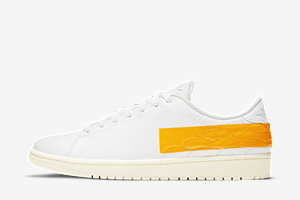 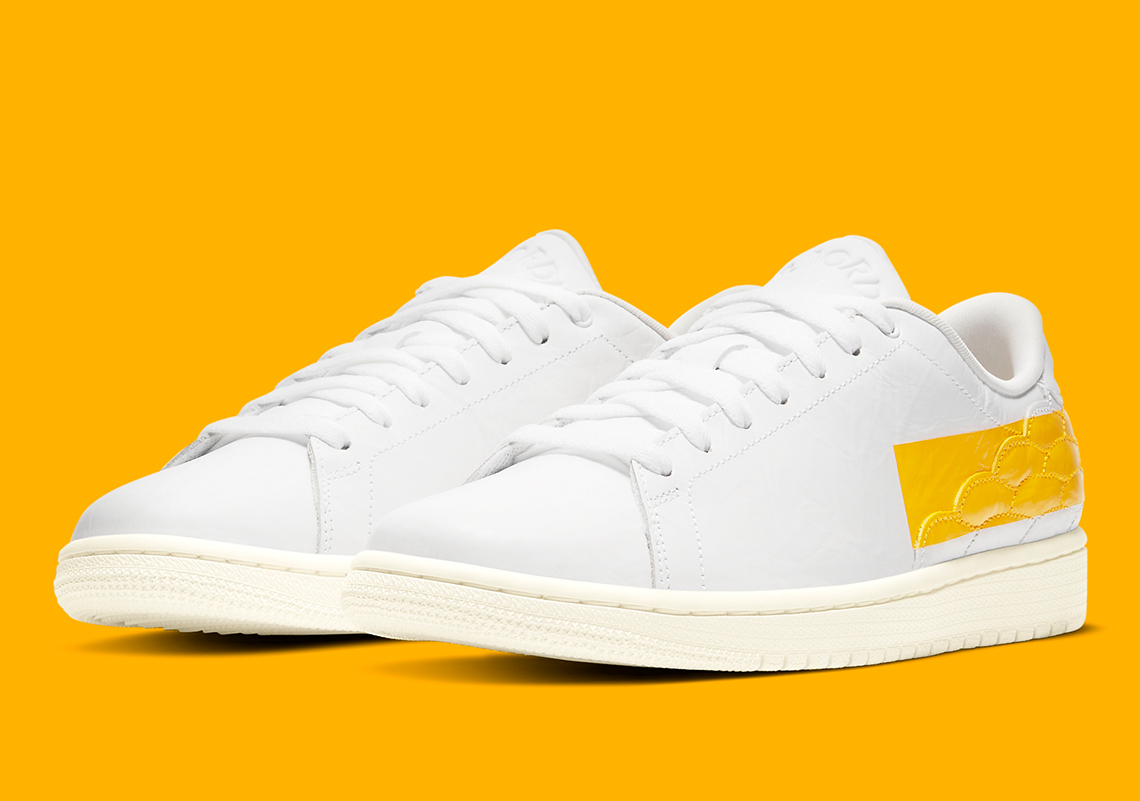 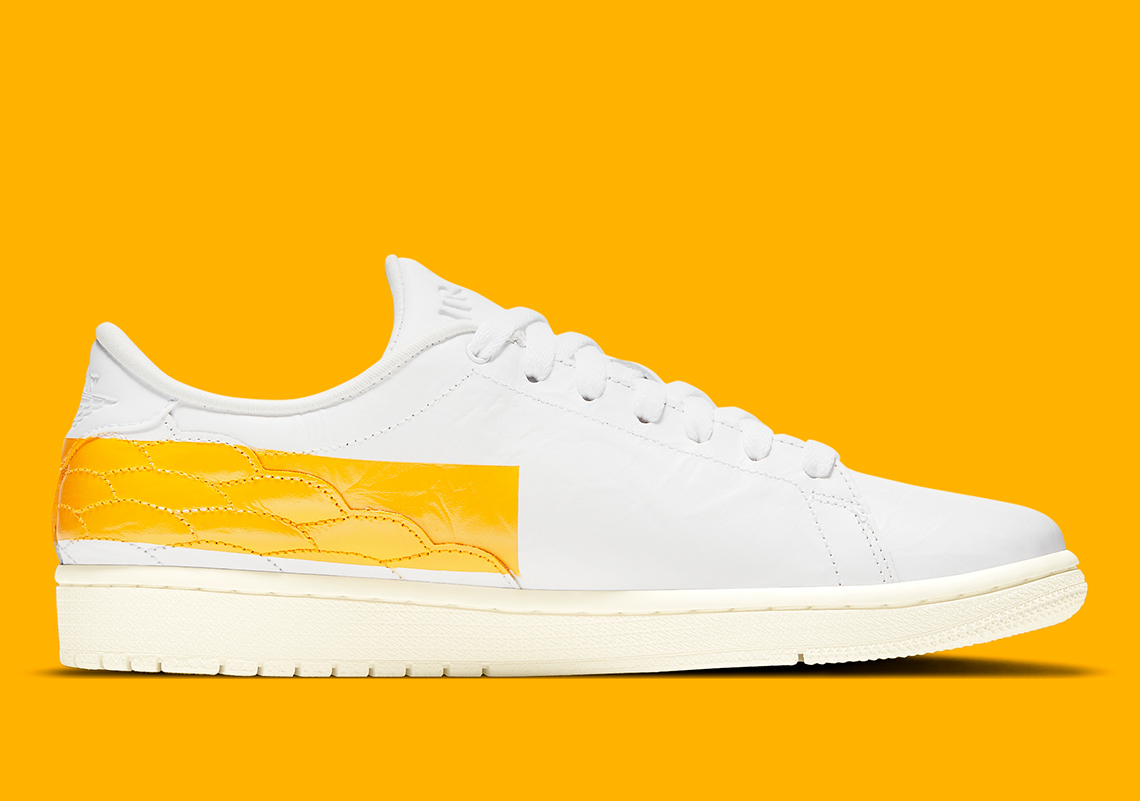 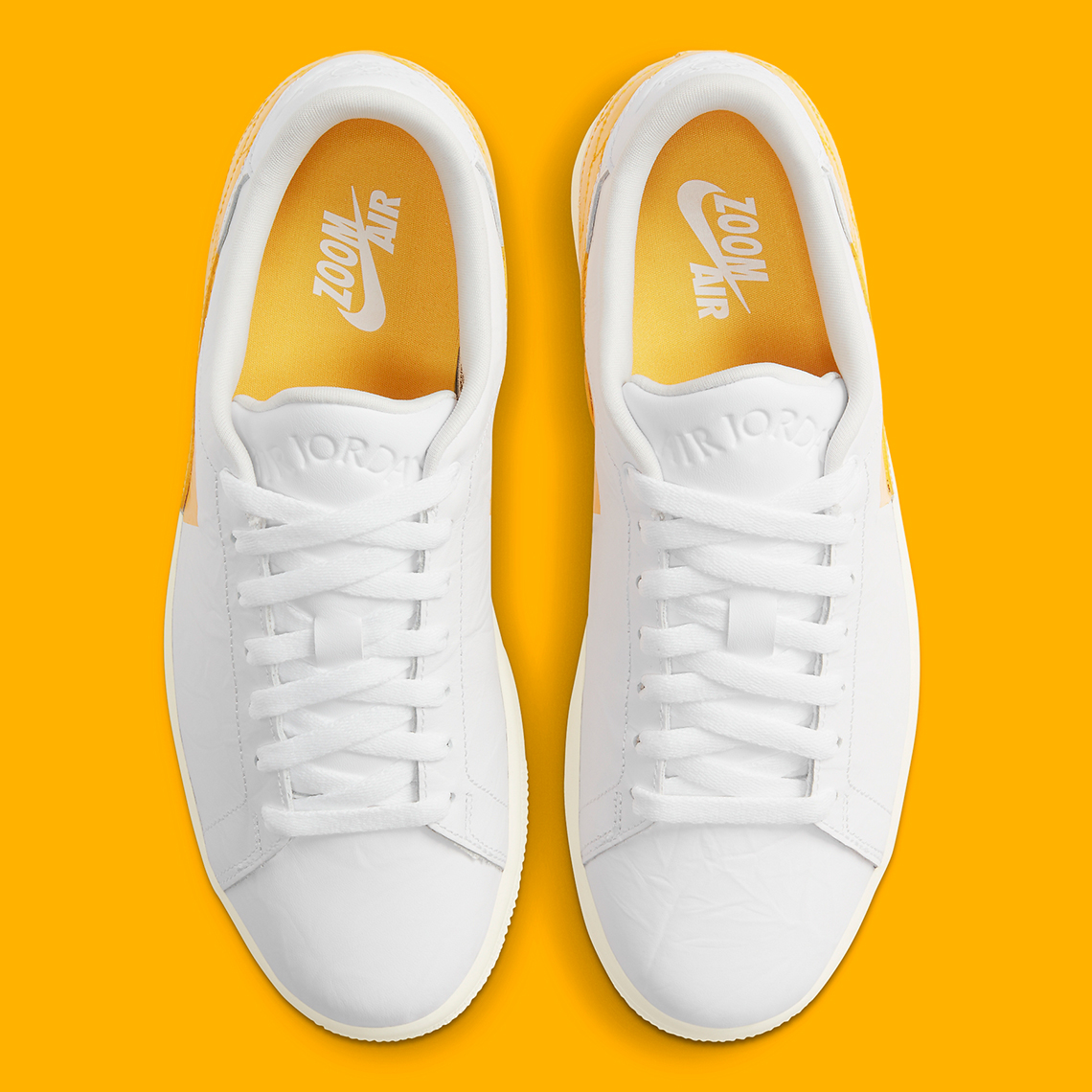 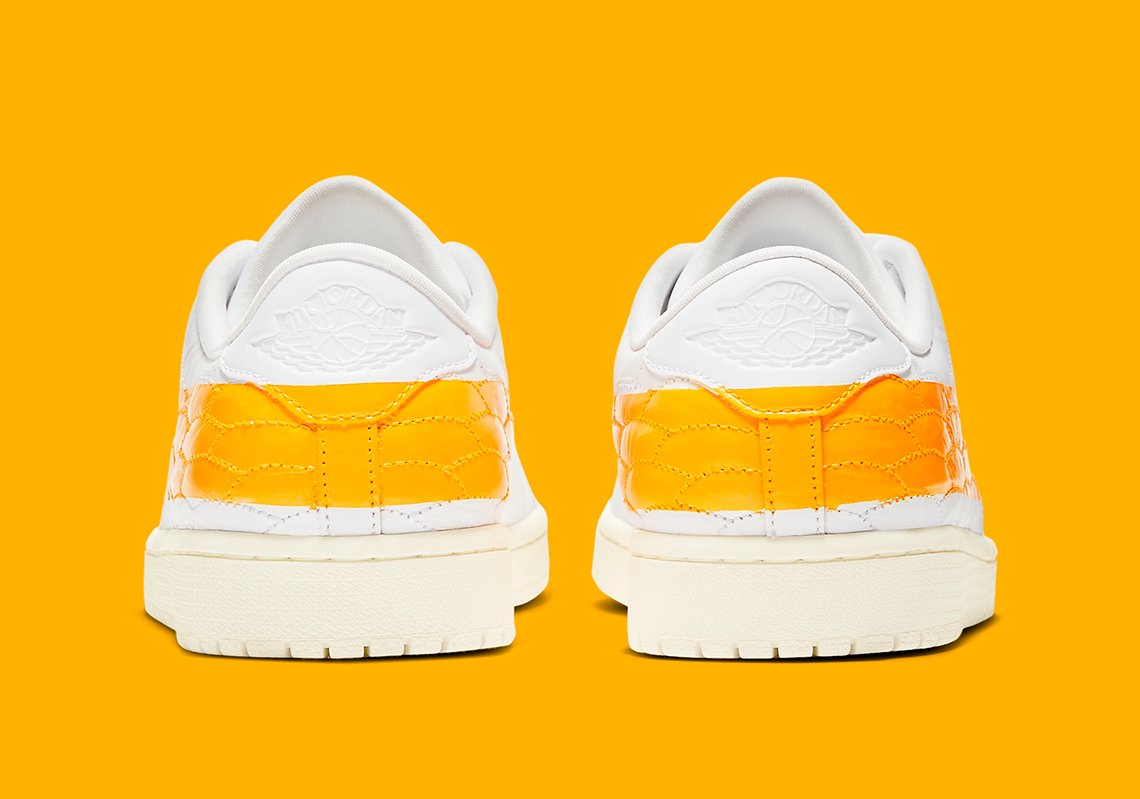 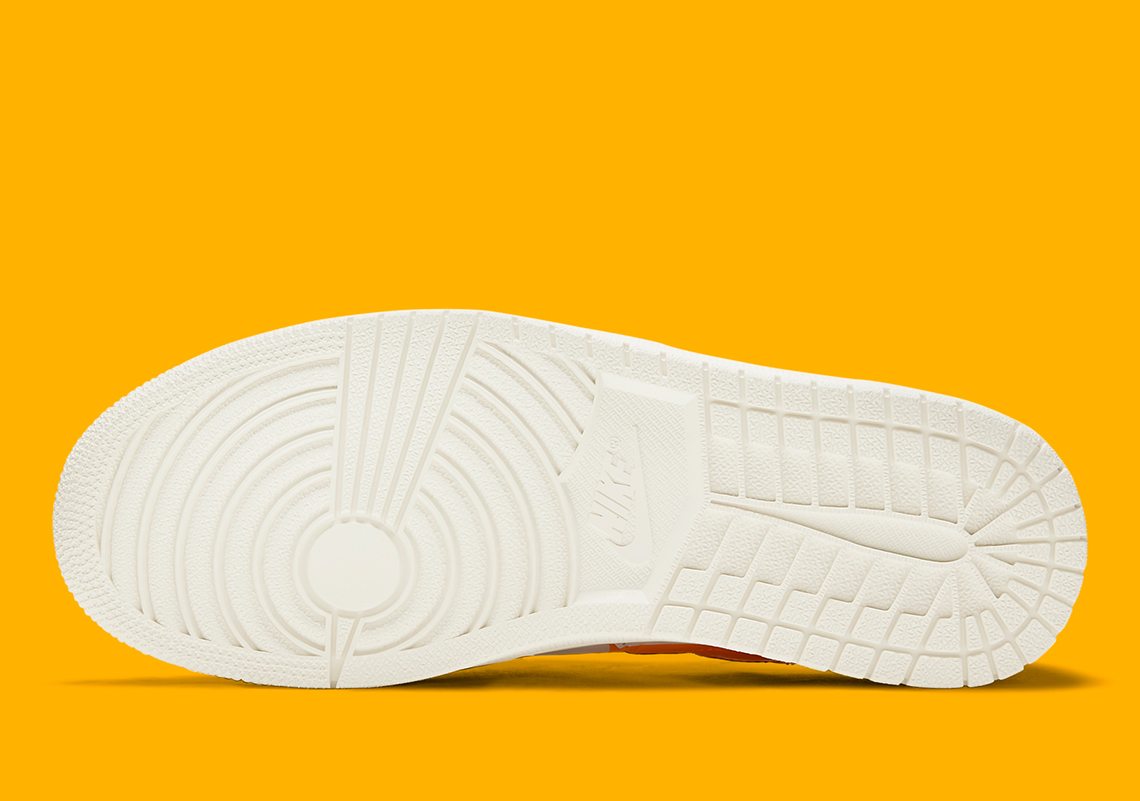 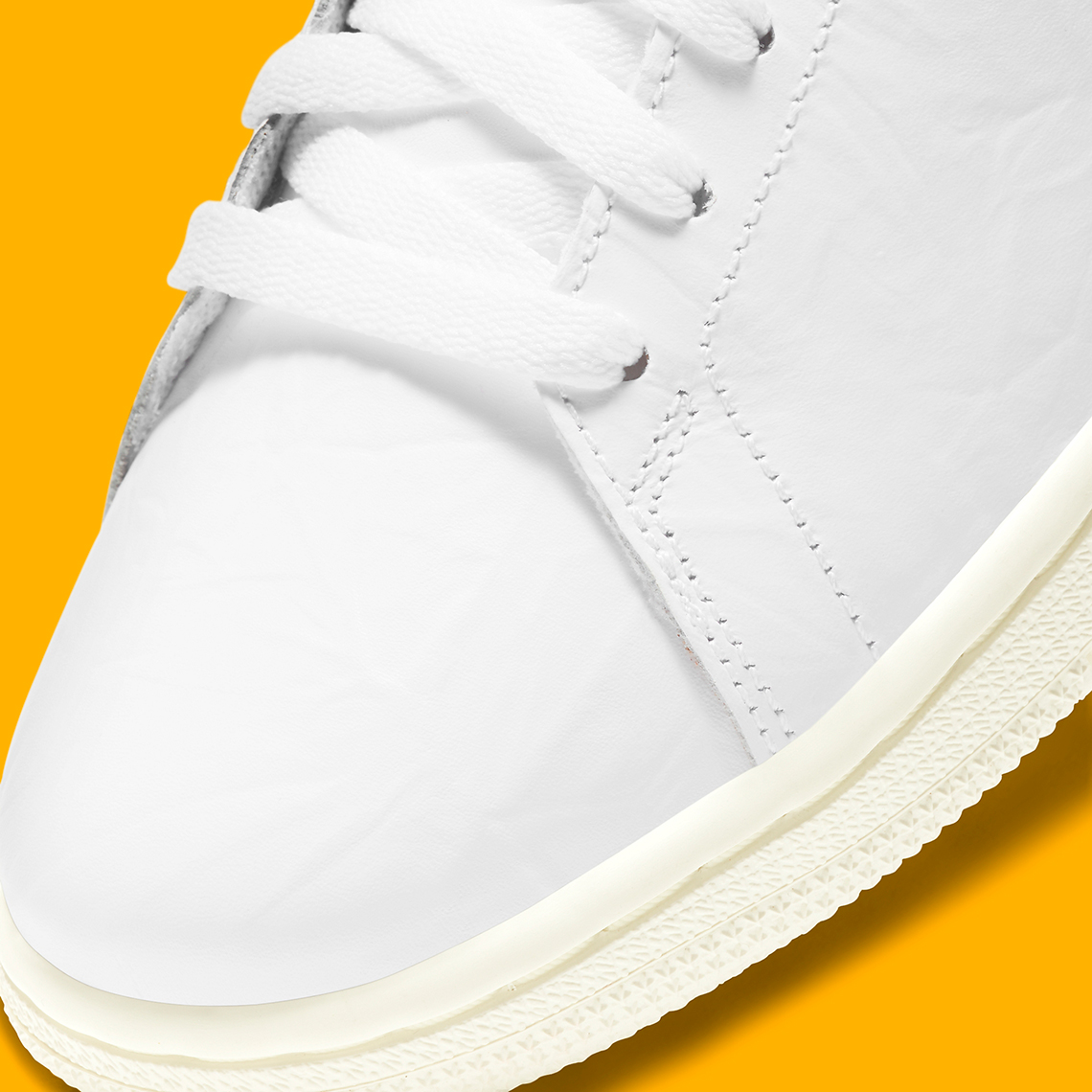 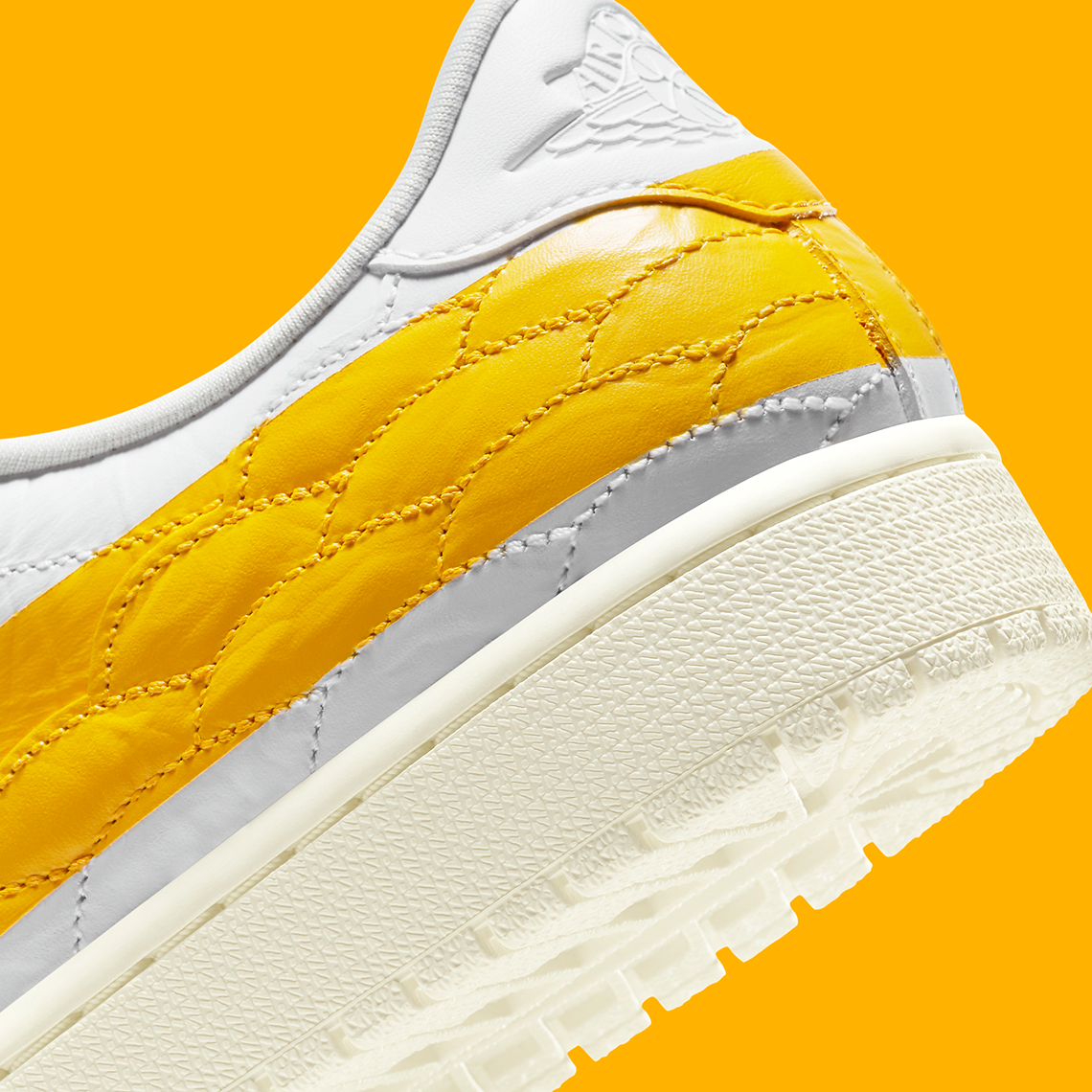