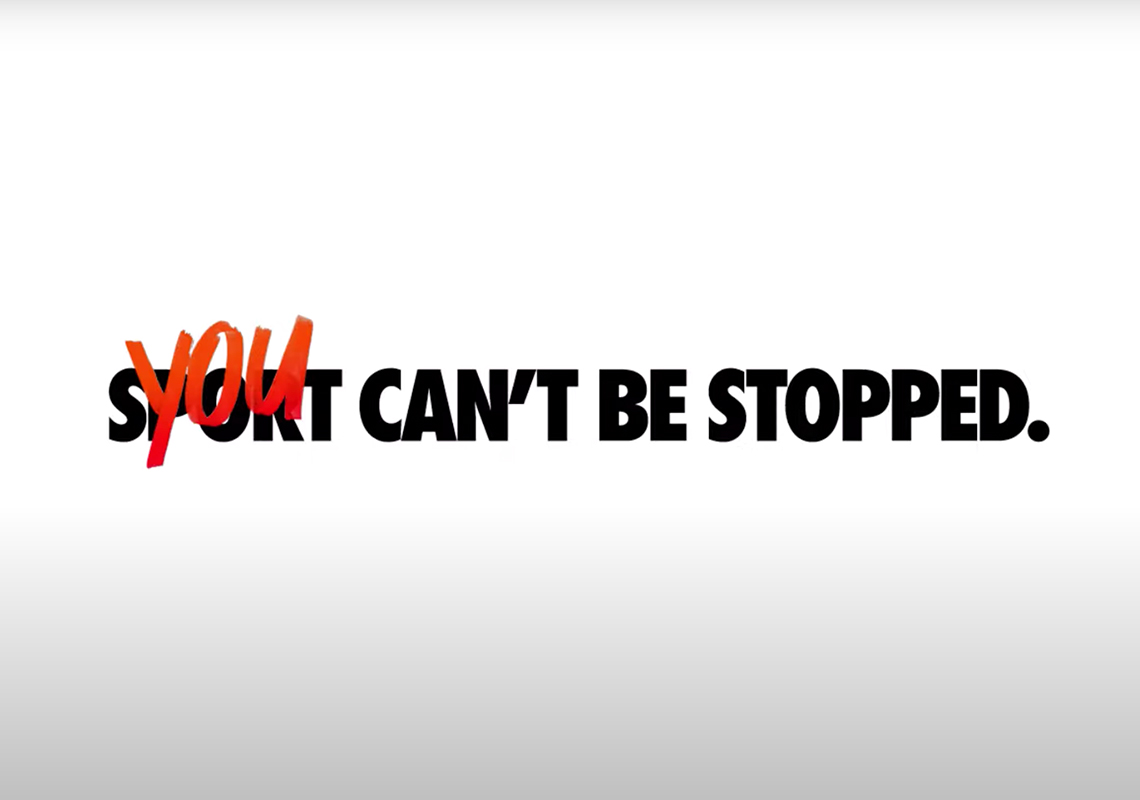 While we don’t want (or need) to be reminded, 2020 was a steady sequence of hardships, both minor and unthinkable. What made it even more difficult, is that we’ve had to cope with these issues in isolation as the global pandemic continued its course. At the start of it all in March, there were two paths to choose. One was to evolve into literal couch potatoes and be inactive bystanders as the world’s events unfolded, while the other was to take matters into our own hands and be more active in unconventional ways. Voting, peacefully protesting, donating finances, and starting conversations are just some of the ways in which we as society stepped forward to guarantee a better tomorrow, and already, the light at the end of the tunnel – the new year – is growing from a distant dot.

It was challenging on a physical standpoint as well. The world’s elite, who have trained rigorously for years, had their hopes and dreams temporarily halted as major sporting events were postponed or entirely cancelled. And for the common folk, personal goals and regimented routines were a lost cause. But early on during the lockdown, Nike sent a message of encouragement to stay active while staying indoors and followed through with their mission by offering up free training sessions and guided runs through their apps, while top Nike athletes shared their own insight and motivation. According to the brand, from January through October, over 375 million workouts were completed – an 83% jump from the same period in 2019.

The series continued in May with “Never Too Far Down” with none other than LeBron James and his heroic 2016 NBA Finals comeback providing an example of how no deficit is insurmountable. Later that summer, coinciding with the NBA restart, was “You Can’t Stop Us”, which again was a reminder of how we can not only pick up where we left off, but be better. Serena and Venus Williams were the focus of “You Can’t Stop Sisters” as it detailed how the two siblings changed the sport and the definition of competition altogether.

Nike concludes their year-long campaign with “You Can’t Be Stopped”, setting the table for a much more fruitful new year. Starring Nike’s top athletes such as Naomi Osaka, Marcus Rashford, Kevin Durant, Sabrina Ionescu, Simone Manuel, Leo Baker, Caster Semenya, Ibtihaj Muhammad and more, this video once again serves as the jolt of energy that has kept society at pace despite the new “normal” of being at home. Sabrina Ionescu, who honors the late Kobe Bryant in the video, says “My ‘why’ has always been to show up, work hard and make a lasting impact on and off the court.”

The campaign may have come to a close, but your personal journey’s only beginning.

See the full video below.