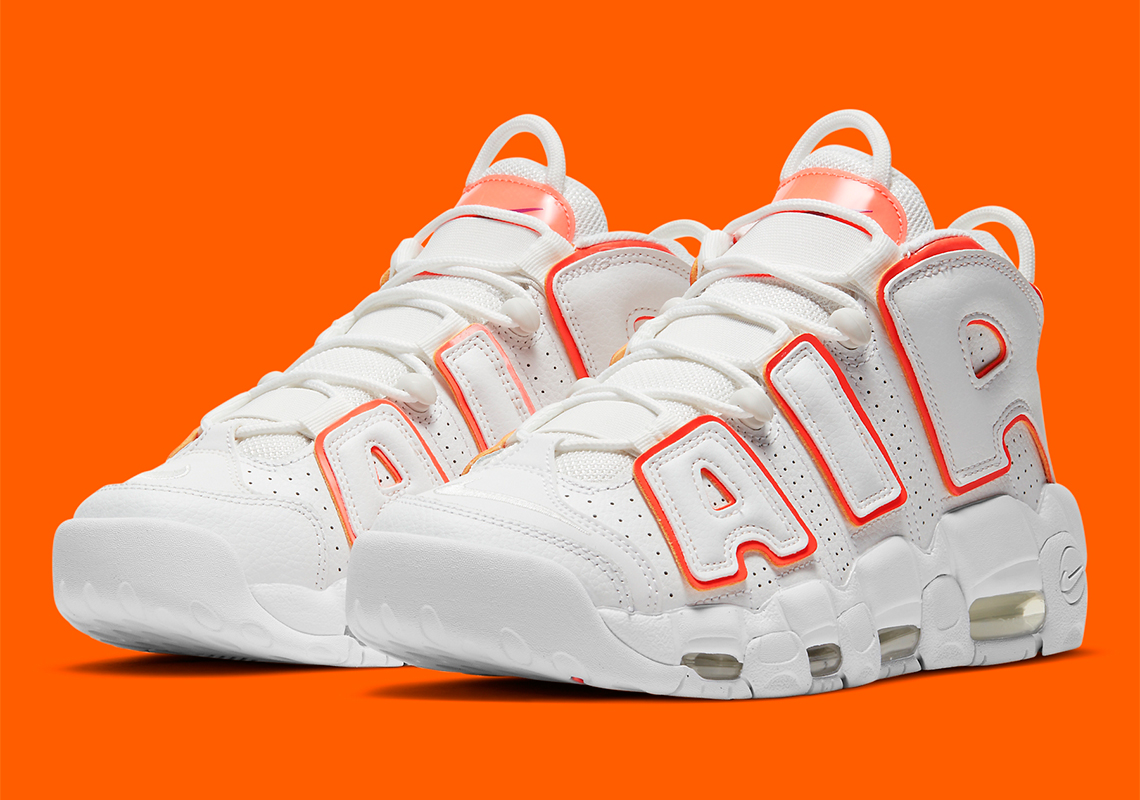 To this day, the Air More Uptempo stands among the boldest Nike footwear designs in history. It landed in an era of over-top-top aesthetics in the highly competitive basketball category, but it was clear that with Wilson Smith’s daring addition of “AIR”, this Uptempo helped give Nike that boost to take the top position. Over two decades later, the Air More Uptempo continues to turn heads, and all it really needs to accomplish that is to introduce familiar colorways. This latest version tacks on a Suns-friendly purple and orange (also a staple of the 90s), with a heavier emphasis on the orange shade as its seen on the AIR border and the transparent vinyl tongue. Purple appears only the one logos on the sole, insole, and the jewel piece at the heel.

While there’s no release date confirmed, the Air More Uptempo typically appears in stock without notice, so be sure to check the store list periodically below. In other Nike Basketball Retro news, the Air Raid “Rayguns” will be hitting stores on January 15th. 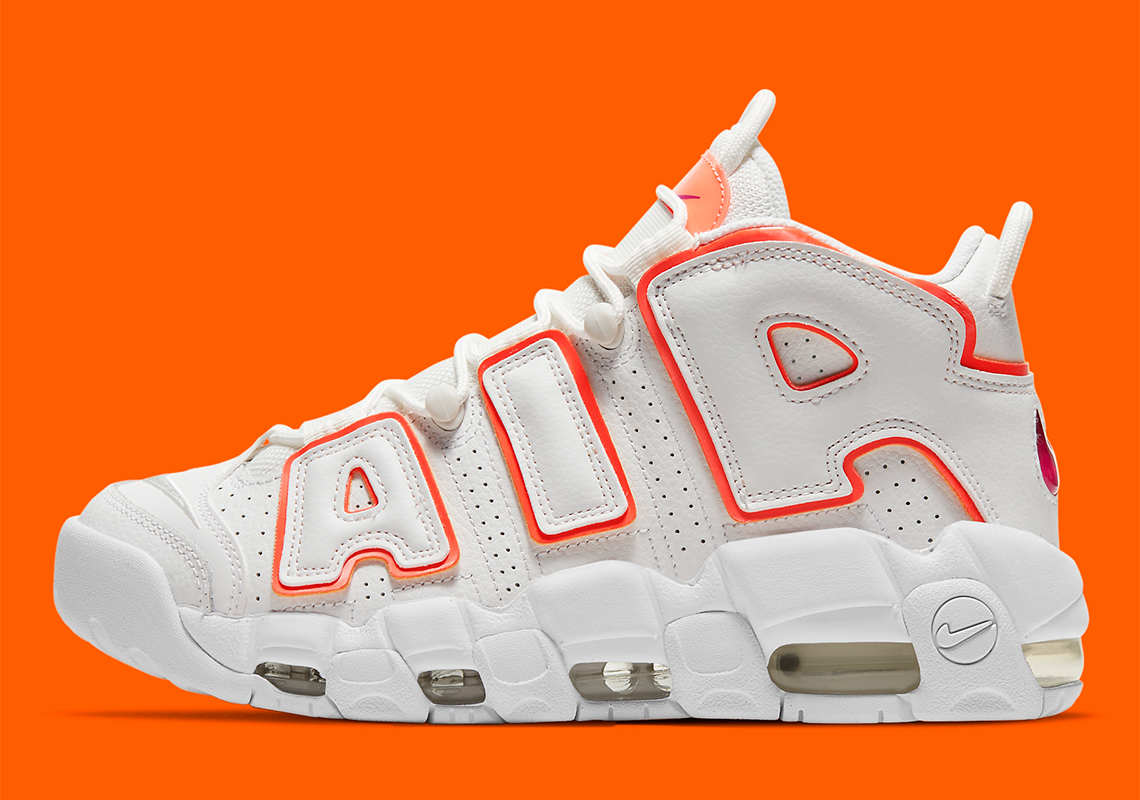 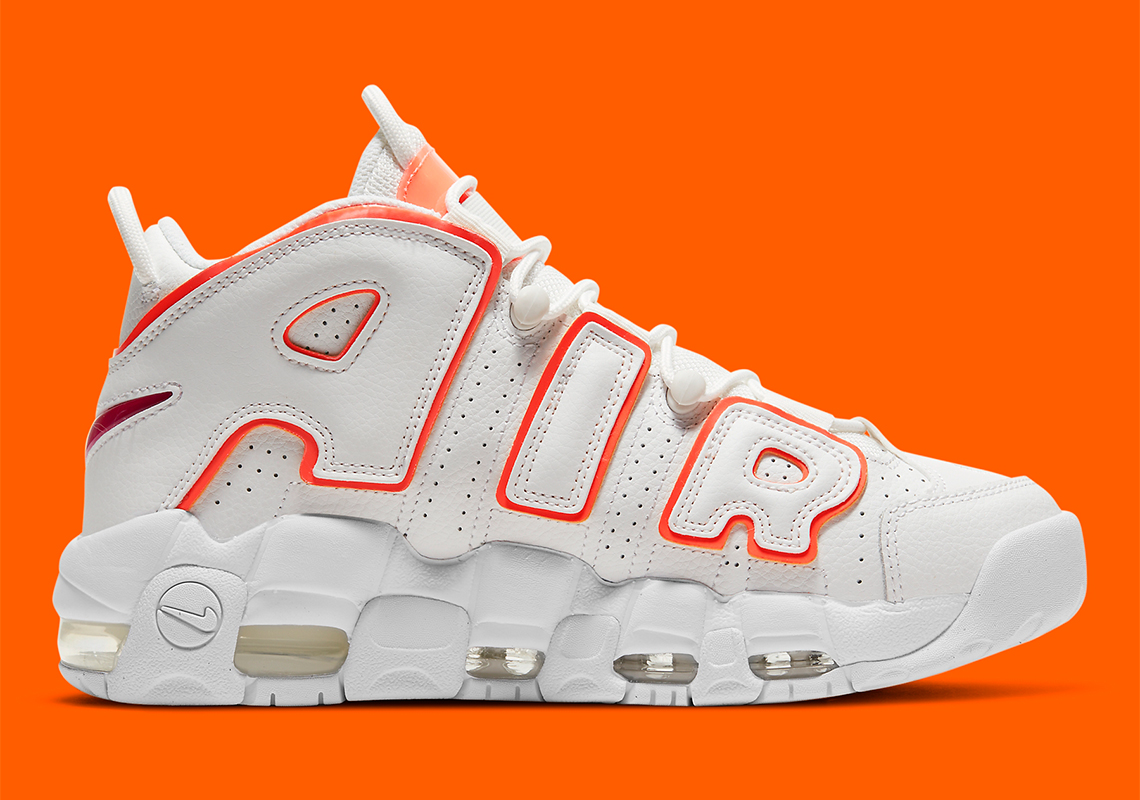 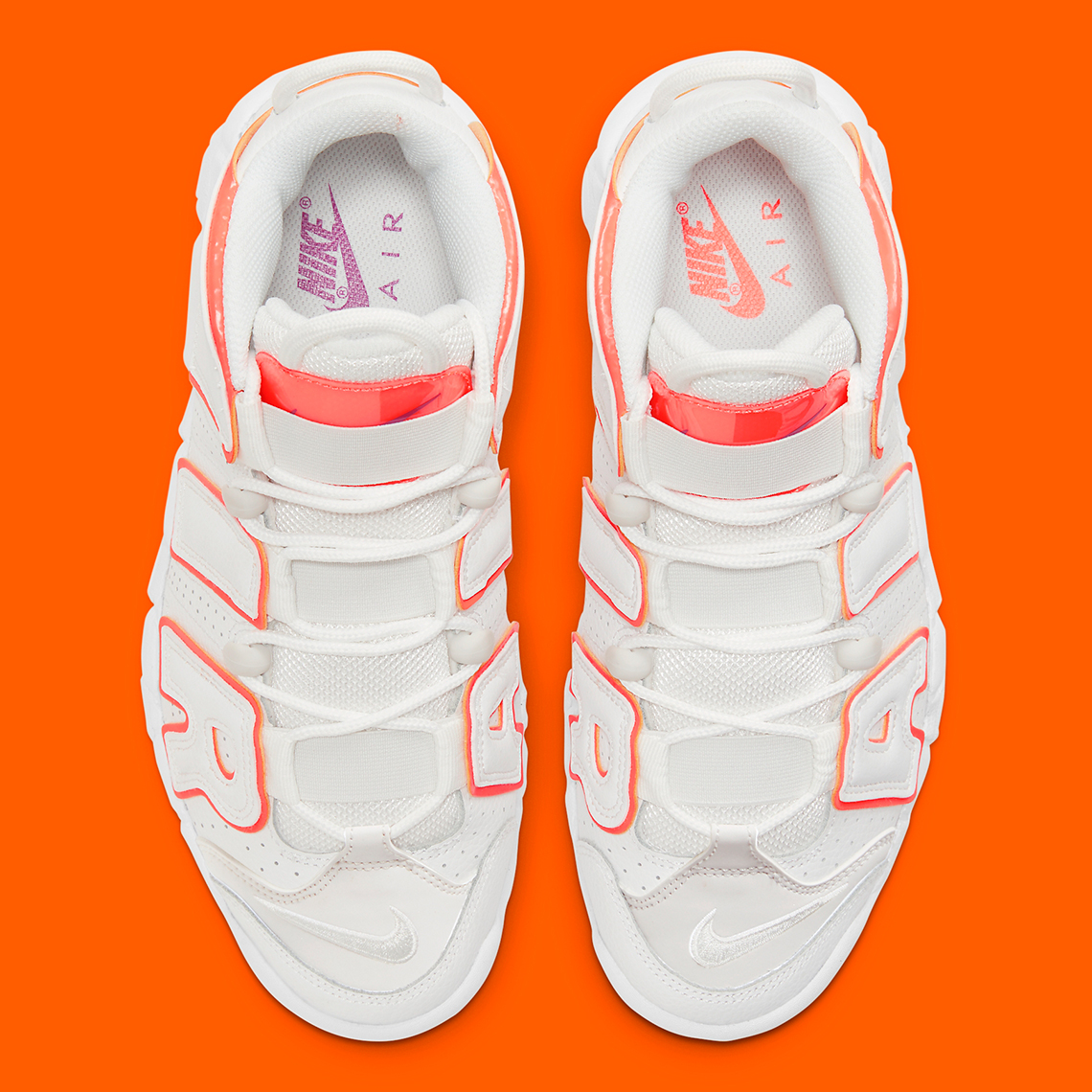 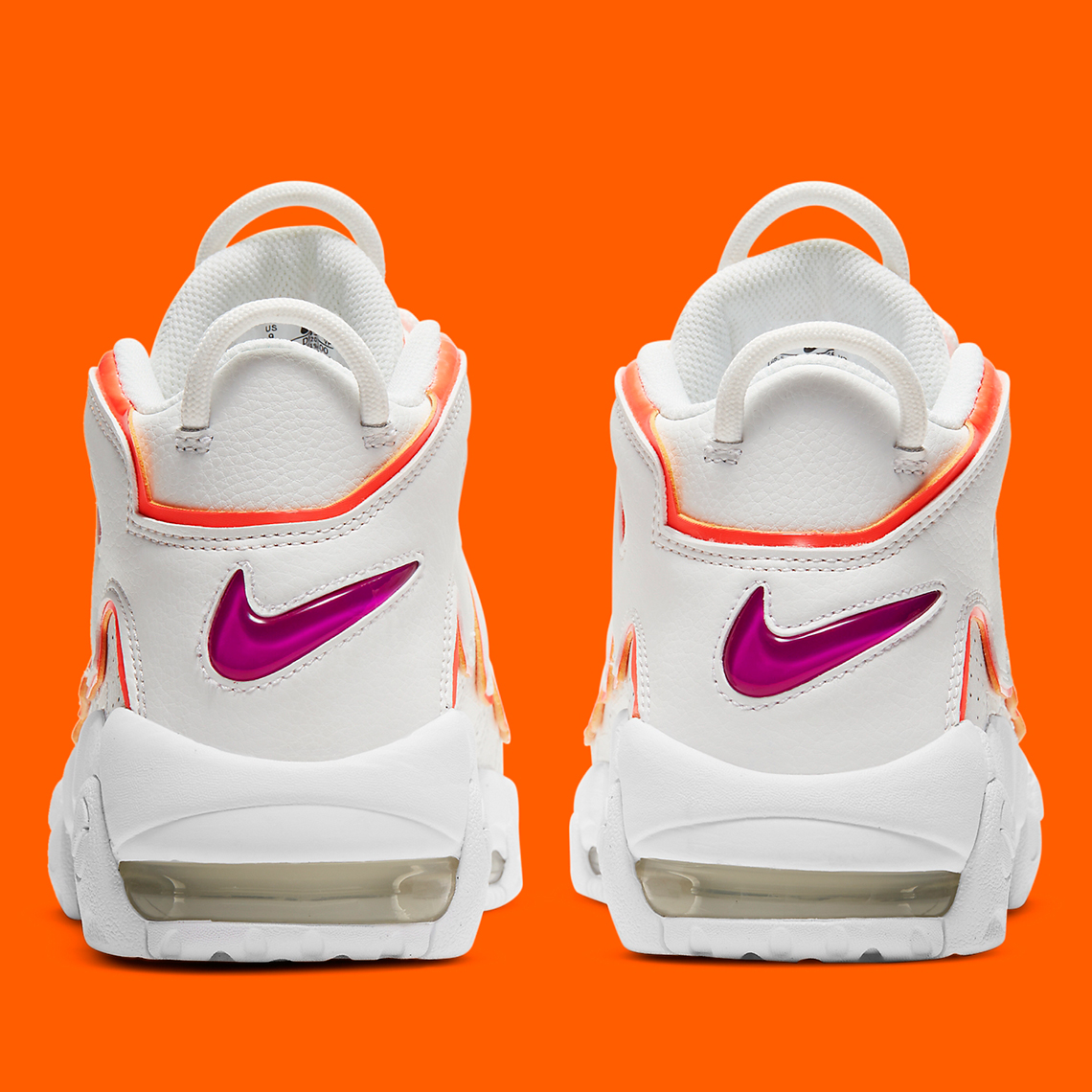 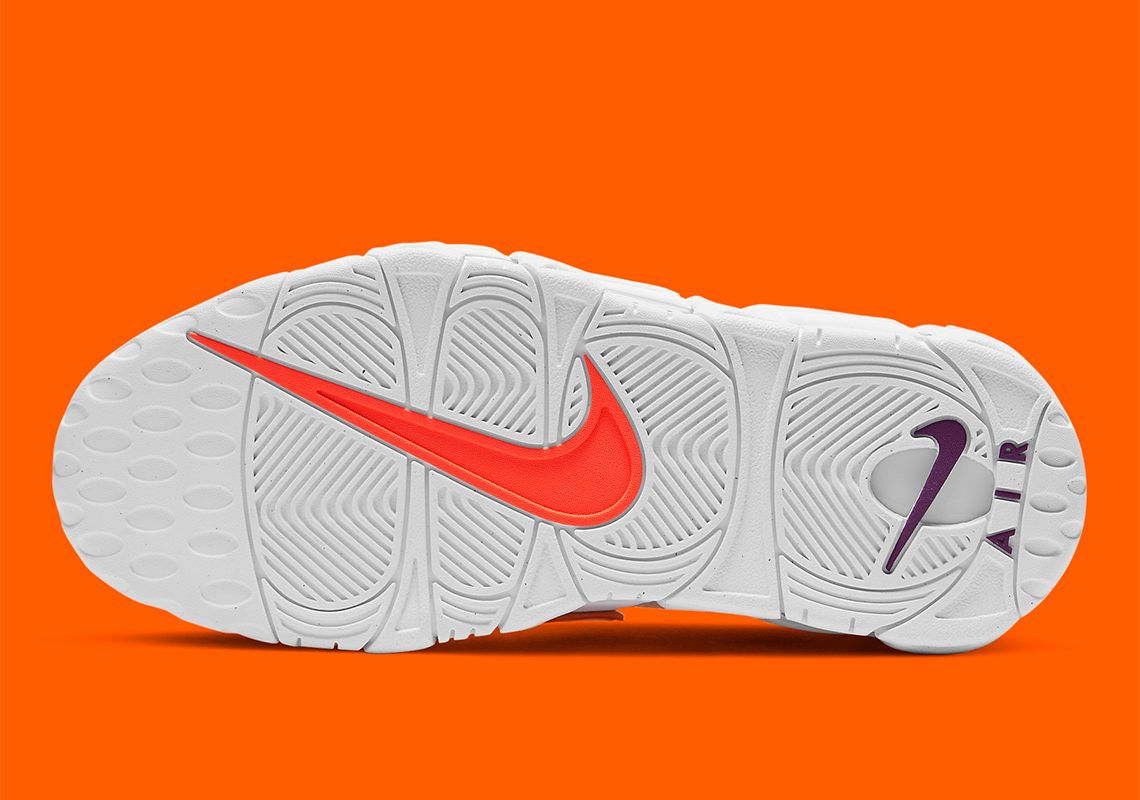 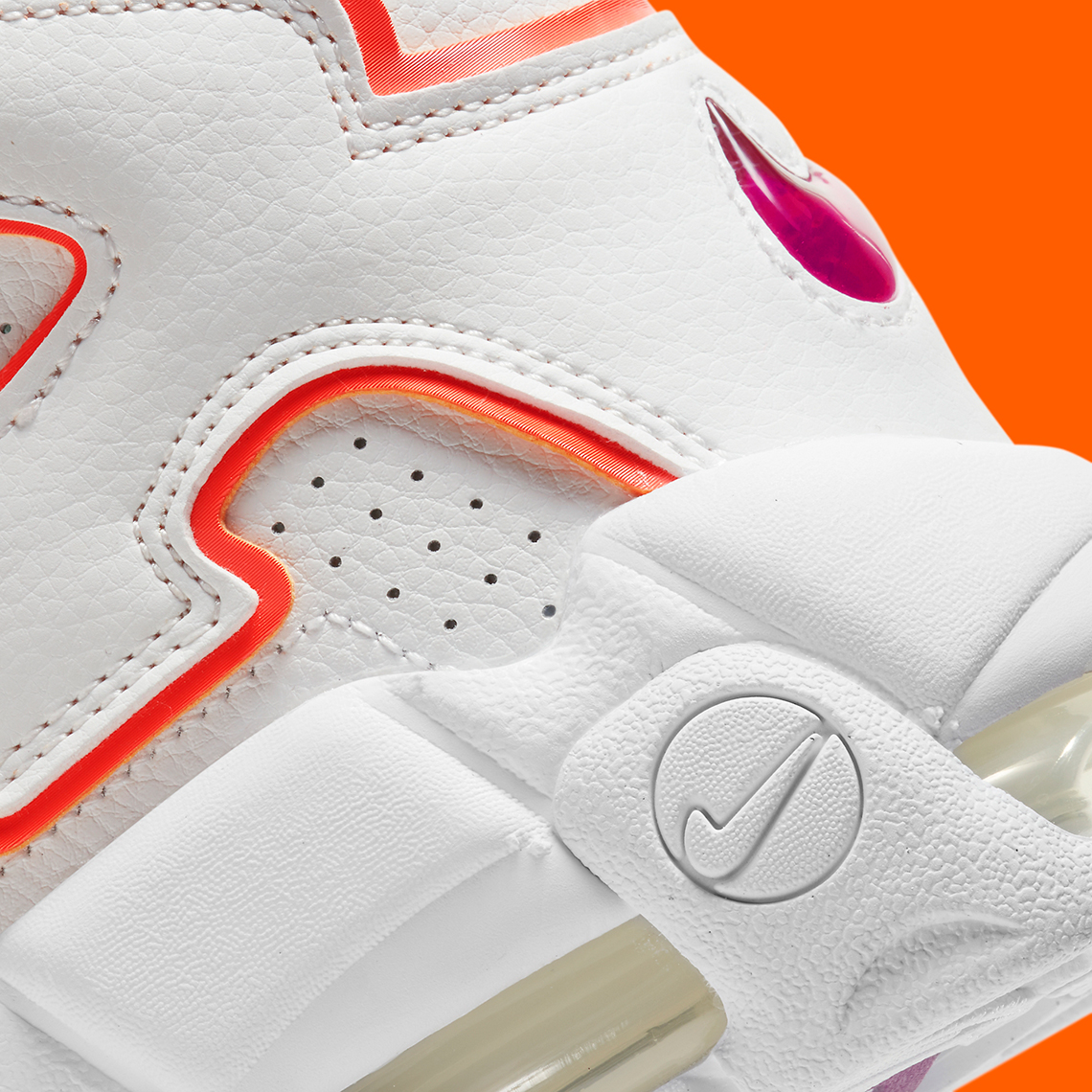 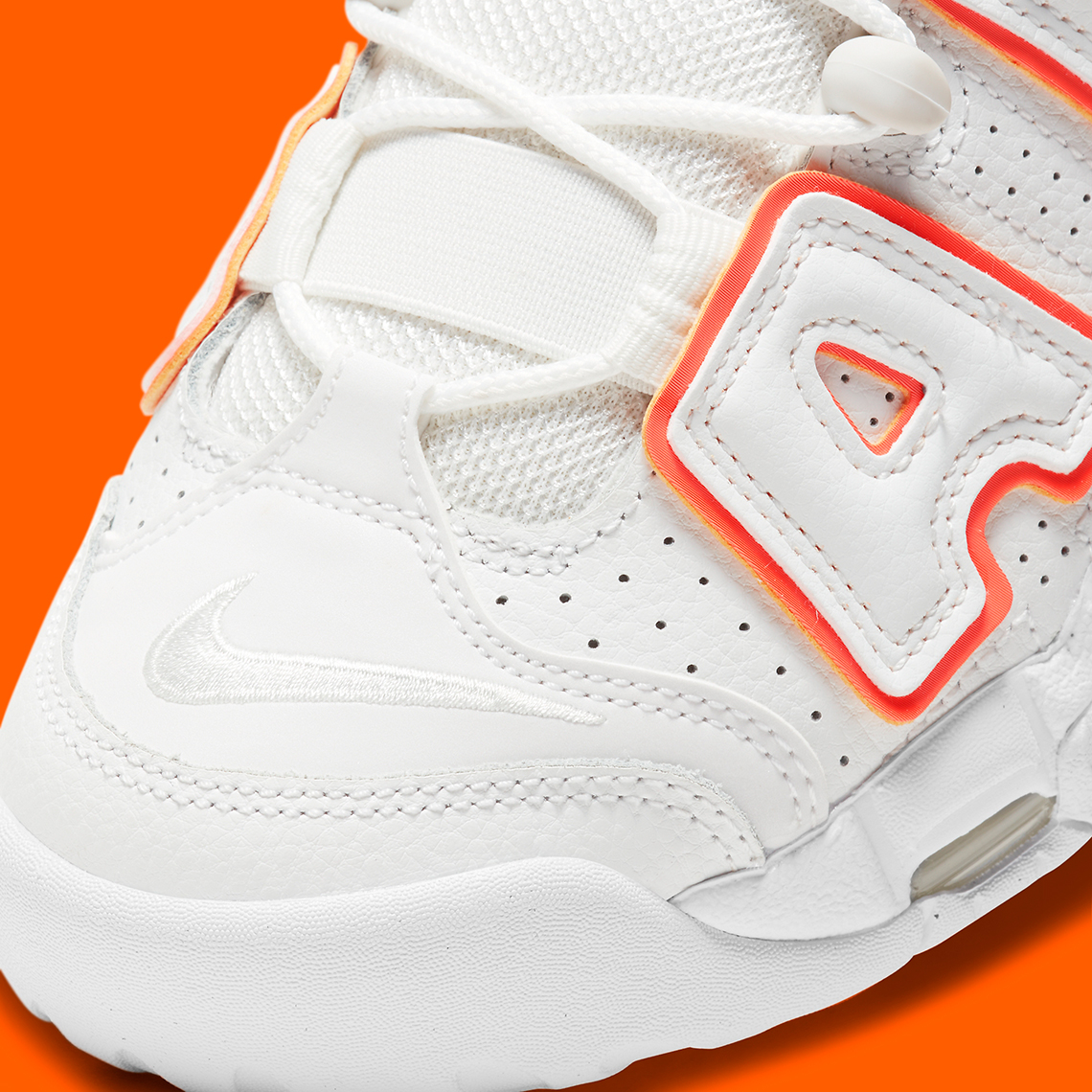